An in-depth communication is enough for us to learn about other teams, however, we want assistance from close partners in the long term, which can continuously help us broaden our minds and perfect each other’s projects. Not only can we provide each other with suggestions on experiment and modeling, but also allow us to conduct social activity and ponder public feedback jointly for obtaining more valuable insights in human practice.

Both CSU_CHINA and NUDT_CHINA took active part in 2021 Central China iGEM Project Meetup which gave an opportunity for two teams to know each other and to discover a few similar characteristics between two projects, mainly reflected on designing the blue light as our system’s switch. 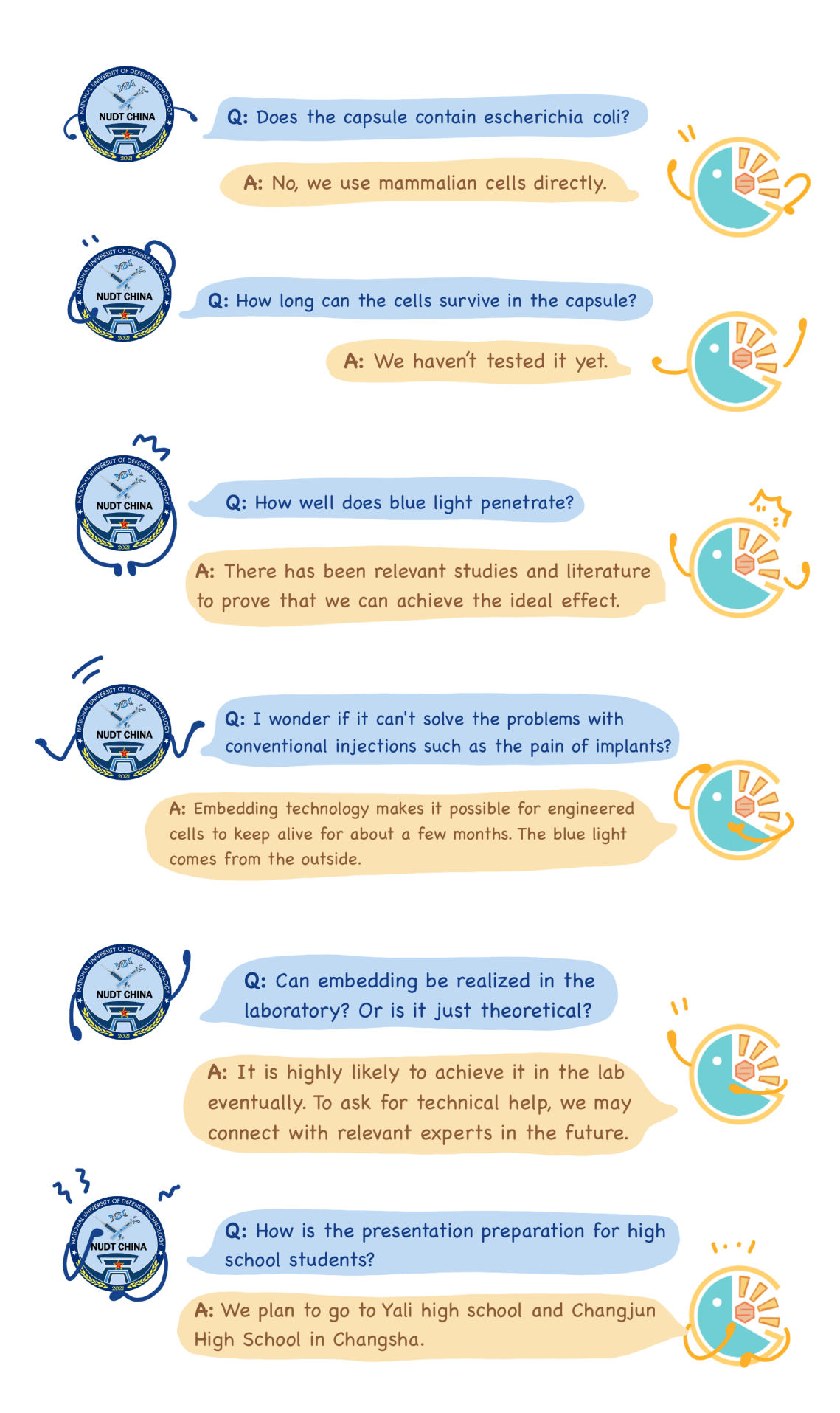 We agreed on each other’s potential for further collaboration.

After establishing a partnership, we had our first online meeting with great enthusiasm. Through this communication, we have got a preliminary understanding of experimental progress and difficult points of both sides, also conceived the next steps in the direction of collaboration. 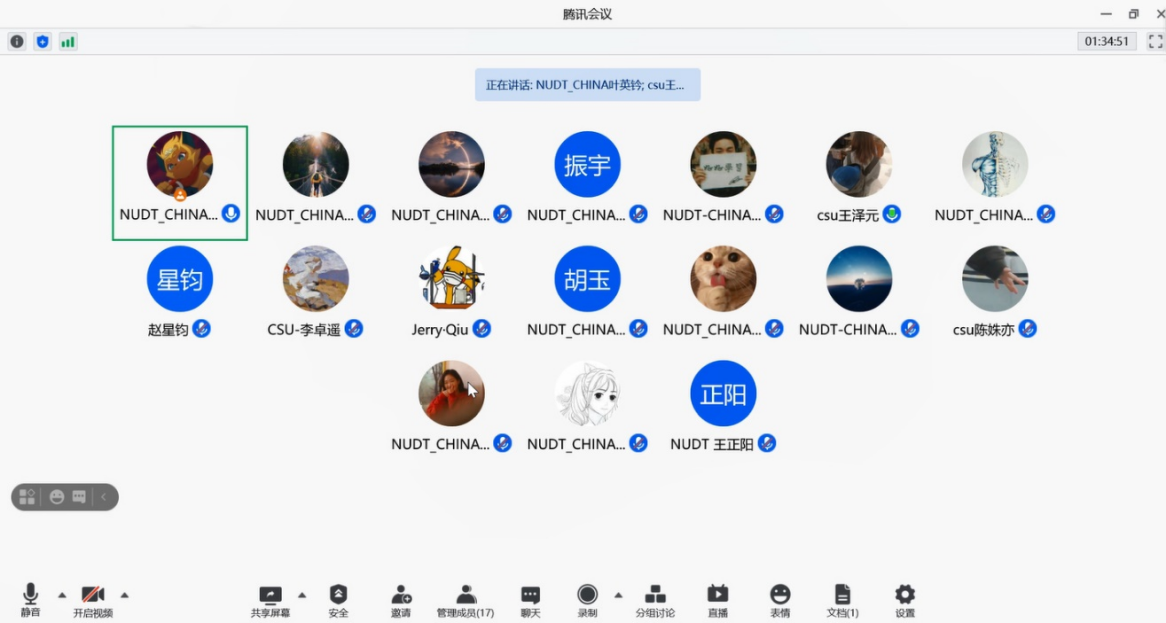 In terms of experiment, NUDT_CHINA inspired CSU_CHINA to consider the secondary effect of blue light, and CSU_CHINA mentioned that we should put the blue light intensity into our consideration.

At the same time, we had close discussions on other parts.

In the field of education, we took part in the “Science Popularization Day” together, which aimed to impart the knowledge of synthetic biology to community residents.

The content of the activity mainly includes the explanation of synthetic biology and light control components, the display and operation experience of experimental instruments, the labyrinth game of protein combination, and the distribution of survey questionnaires. Through the combination of personal explanation and animation, video and games, it brought a new popular science experience to the public.

NUDT_CHINA was responsible for contacting the Association for Science and Technology and the Bureau of Science and Technology to obtain the right to participate before CSU_CHINA followed them to join the activity. With the games and picture books provided by XMU_CHINA, the members of two teams started to communicate with children. The blue light installation used by both teams attracted many visitors. Taking this opportunity, we introduced both teams’ optical control components to them. After spending a pleasant day together with community residents, members of two teams worked together on the questionnaire data gotten from community residents. 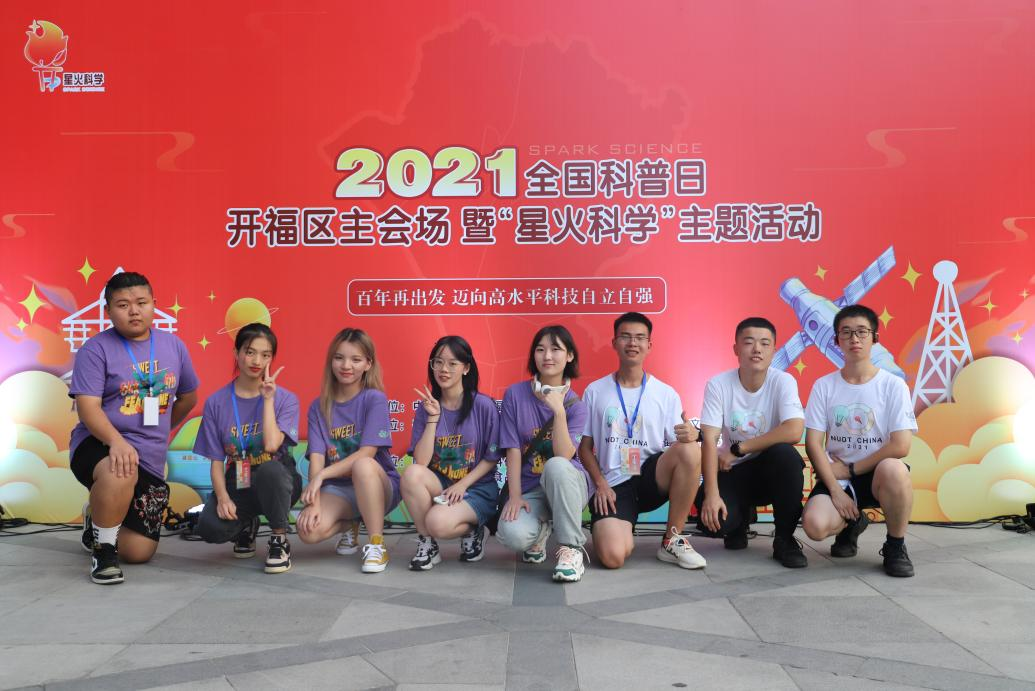 After a series of joint educational activities, we wanted to review the experiences as soon as possible in order to analyze the feedback collected from the public. Additionally, we hoped to ask each other questions and to come up with solutions in terms of experiment, modeling and human practice in a direct and effective way. Therefore, with these expectations, we held an offline meeting at Central South University. 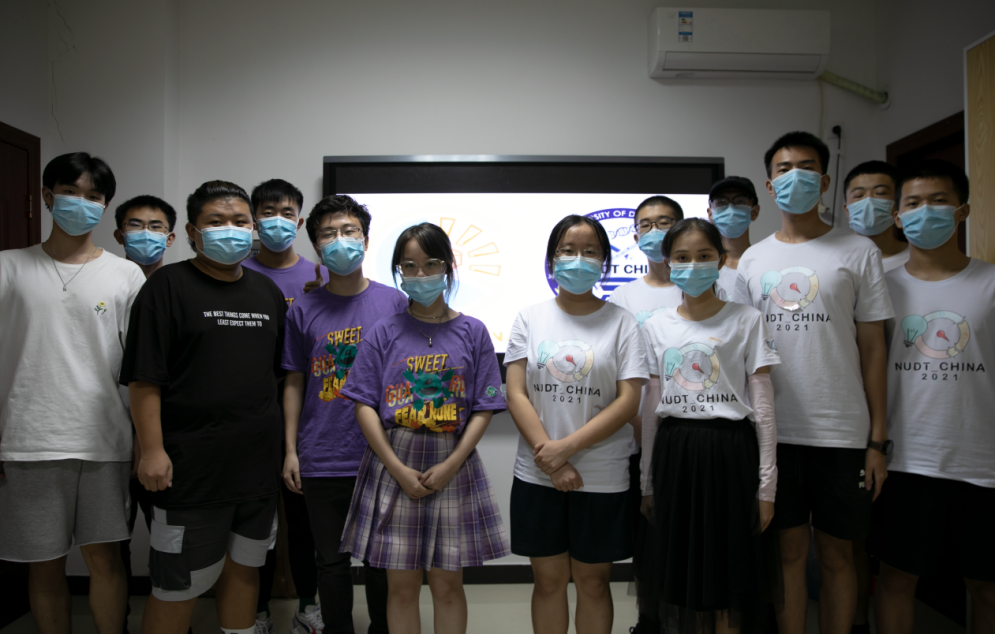 A group photo with NUDT_CHINA at the offline meeting 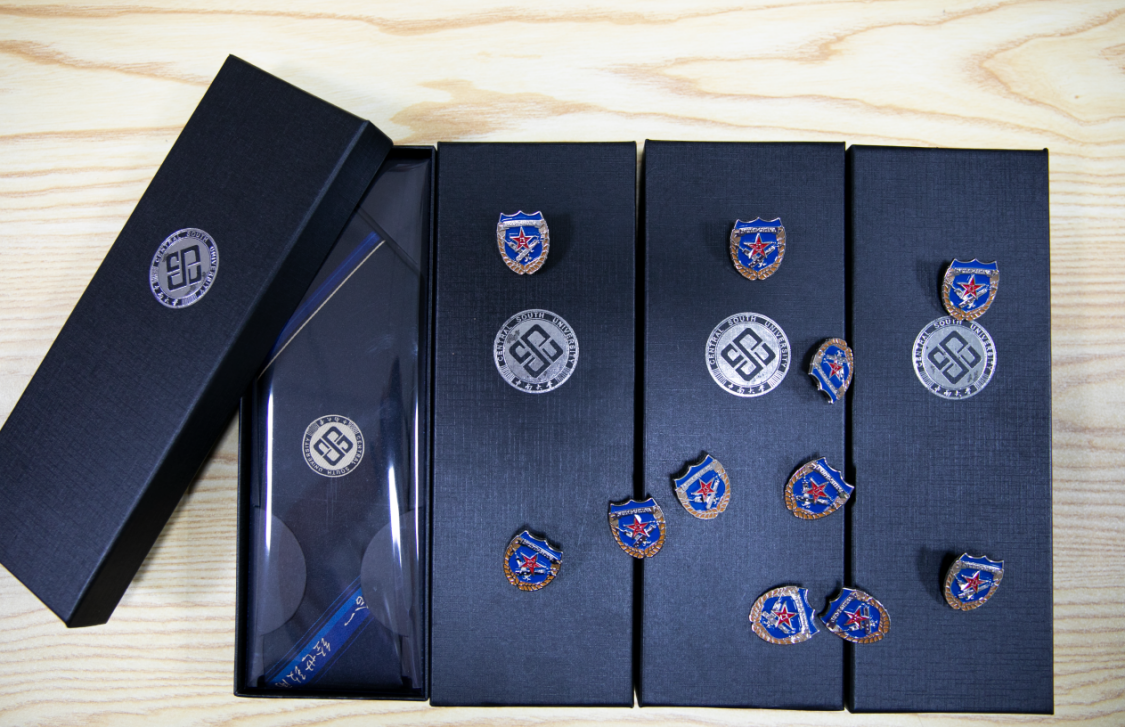 We gave each other gifts.

The following table shows the collaboration we have reached:

On October 5, we went to the medical genetics research center of Central South University with some members of NUDT-CHINA team. Mr. Li Jiada welcomed and introduced the laboratory facilities to the students personally and reminded them to pay attention to the details. Then, the students of National University of Defense Technology experienced the laboratory facilities in turn, tried to use the pipette under the guidance of the teacher, and observed the products separated by the centrifuge. After being informed about safety ,the students experienced the laboratory operation under the guidance, which not only helped to improve their experiment skills, but also made the two teams further understand each other's projects. 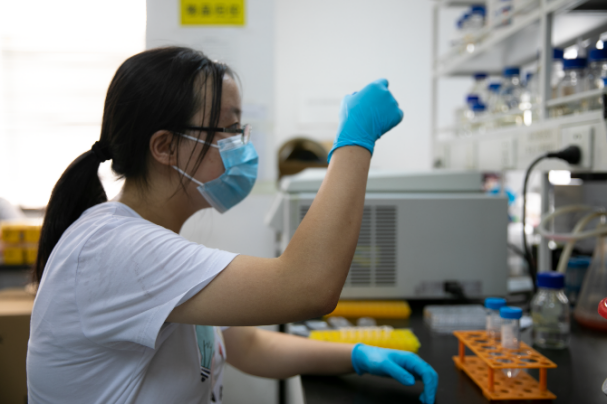 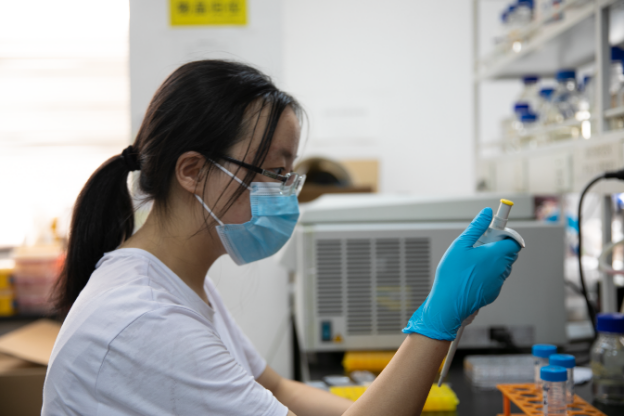 Students of NUDT experienced pipette, centrifuge and other facilities. 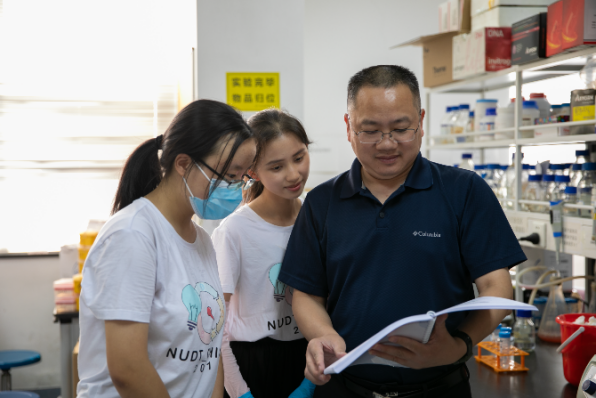 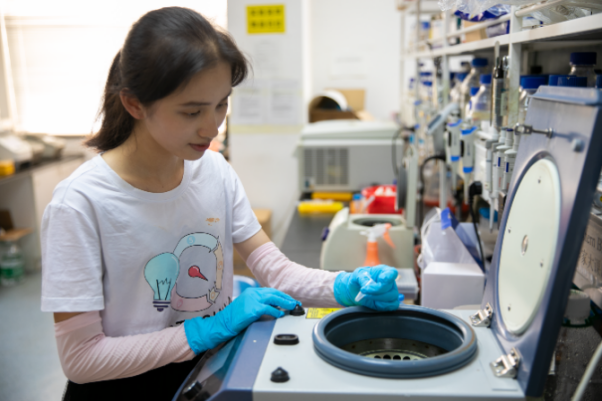 CSU_CHINA and NUDT_CHINA carried out publicity activities in Changjun Middle school. Consciously, we enlivened the atmosphere and simplified the experimental loop which originally could be so complex for middle high school students. After the lecture, we communicated with these senior high school students and conducted a survey, whose result would be analyzed by two teams in cooperation. 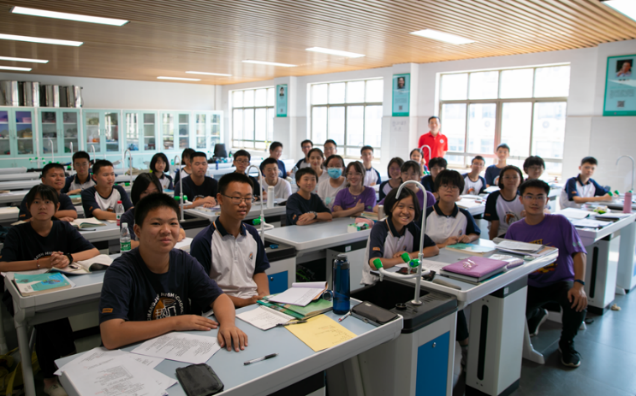 NUDT_CHINA raised the question of whether the engineering cell system worked only once, and we conducted a second glucose blue light induction experiment in response to this question, and as can be seen in the figure, the concentration of glucose decreased after blu-ray treatment, and the intensity was not significantly reduced comparing to the first time. This proved that our engineered cells can respond and express for a second time. 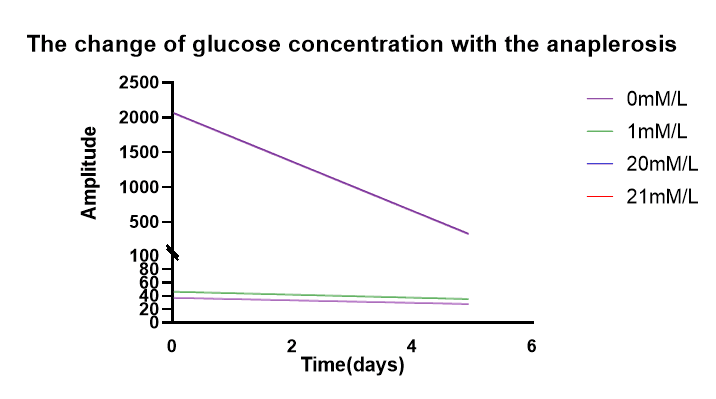 CSU_CHINA inspired NUDT_CHINA to use blue light intensity as a variable to test the working effect. NUDT_CHINA conducted a relevant experiment because of the inspiration, and their achievement can be seen in the figure. 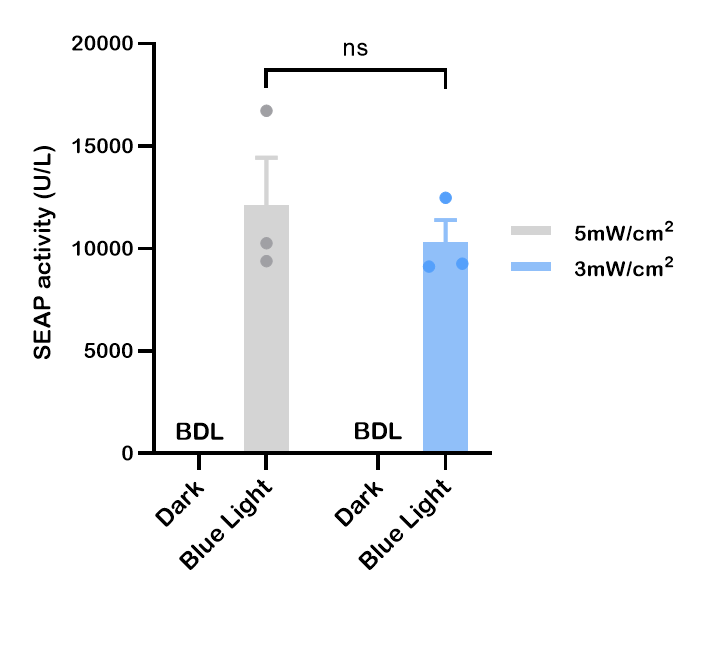 To bury the engineered cell under the skin, a carrier of hydrogel is important. Making sure that our cell can work in this hydrogel and the feasibility of using hydrogel to immobilize cells is important for our project. Our team members have excellent cell culture and other experiment skills, but we have spent most of our time with testing our loop and pathway, by the end of August, we have realized that we may not have enough time for hydrogel. Fortunately, we have met ShanghaiTech_China on CCiC. ShanghaiTech_China focuses on treating fractures with synthetic biology method this year, they use hydrogel as a carrier for cell growth to make cells play a role in humoral environment, which is exactly what we came up with, we hit it off immediately and decided that we would have collaboration. In subsequent communication, two teams discussed with each other the feasibility of immobilizing cells in hydrogel culture and what kind of hydrogel culture cells should be used. We provided guidance for the design of drug release experiment for ShanghaiTech_China and completed the drug release experiment in the hydrogel. ShanghaiTech_China also tested the viability of our cells in hydrogel to immobilize cells. In the process of cooperation between two teams, we communicated with each other so that our project moved quickly and well. 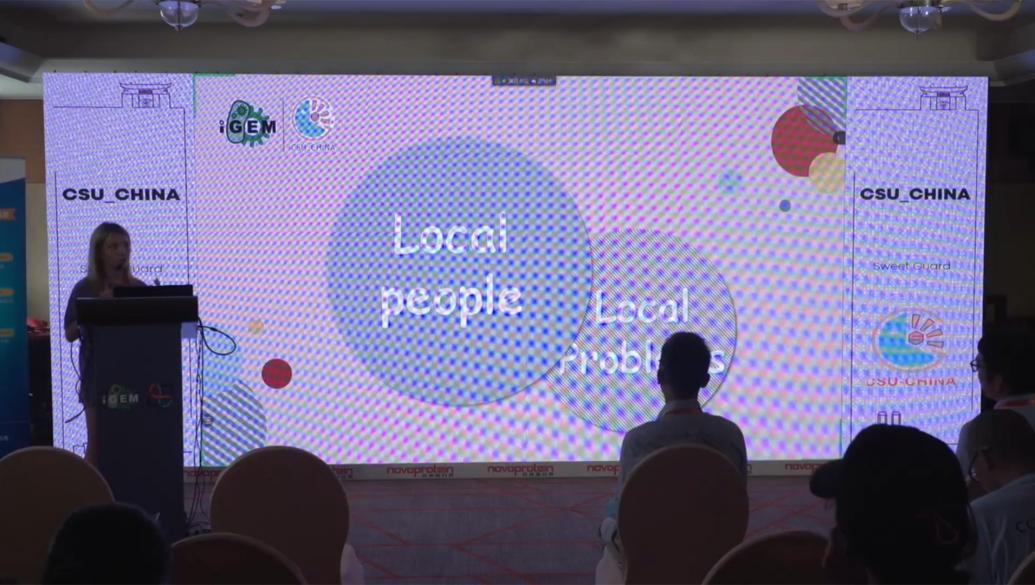 Thanks to CCiC, we had an offline meet-up with ShanghaiTech_China. We are glad that we have a close friend and make a contribution together in exploring the boundary of synthetic biology.