Partnership
We held several online meetings with CAU_China See the Collaborations of CAU_China in the design of experiments, modeling, education and human practices. As we expected, the exchange and cooperation with CAU_China facilitated the development and improvement of both teams' projects. The exchange between our two teams brought a brainstorming session that influenced each other's projects and enabled them to have a longer-term development.
Human Practice Inspirations
BUCT→CAU_China：BUCT invited CAU_China to a community science event organized by Uncle Long-Legs Mailbox(a charity project organization that works with left-behind children and migrant children in China), a public service project organization, and gave us tips on how to communicate with companies. BUCT shared the companies that BUCT works with in HP education - Yakult and Uncle Long-Legs Mailbox.
CAU_China→BUCT：CAU_China invited BUCT to conduct education activities at China Agricultural University, and together they promoted synthetic biology knowledge to university students, introduced the iGEM competition, and we suggested more ways to conduct human practice to BUCT.
Model Modification
Because the two teams' projects are similar in metabolic transformation and product metabolic pathway, the two teams have had a profound and extensive exchange in the establishment of model. The two teams discussed their established models in many online meetings and sought opinions from each other. For the unsolved problems, we also discussed with them and put forward corresponding solutions.
BUCT→CAU_China：BUCT introduced their distribution model of bacteria in the intestine for CAU_China. In the distribution model, the BUCT team considered many properties of the intestine itself. Based on it, BUCT made some useful suggestions for improving the CA model of CAU_China team. In addition, BUCT also provided valuable opinions and general ideas to CAU_China team in terms of models describing product yield and kill switch model.
CAU_China→BUCT：The design of BUCT involves an oxygen concentration sensitive kill switch. Based on this point, CAU_China provides the model idea and equations of kill switch for BUCT in combination with our own established ODE model. We also put forward some modification suggestions for the distribution model of BUCT, including the attempt that the model may be applied to two-dimensional space.
Experiment Modification
BUCT→CAU_China：CAU_China asked BUCT technical questions about Enzyme mismatch, and BUCT gave detailed answers, for example, about the solution of Enzyme mismatch. We share the experience of our team in finding out the problem of immobility. See the document for detailed experience sharing.
CAU_China→BUCT：BUCT's project this year focused on the production of GABA using E. coli as the chassis organism. For the detection of the product, CAU_China suggested BUCT to use the colorimetric method for the detection of GABA yield by centrifuging the supernatant of the sample and then measuring it after decolorization with activated carbon, and shared several articles on the colorimetric detection of bromocresol green. 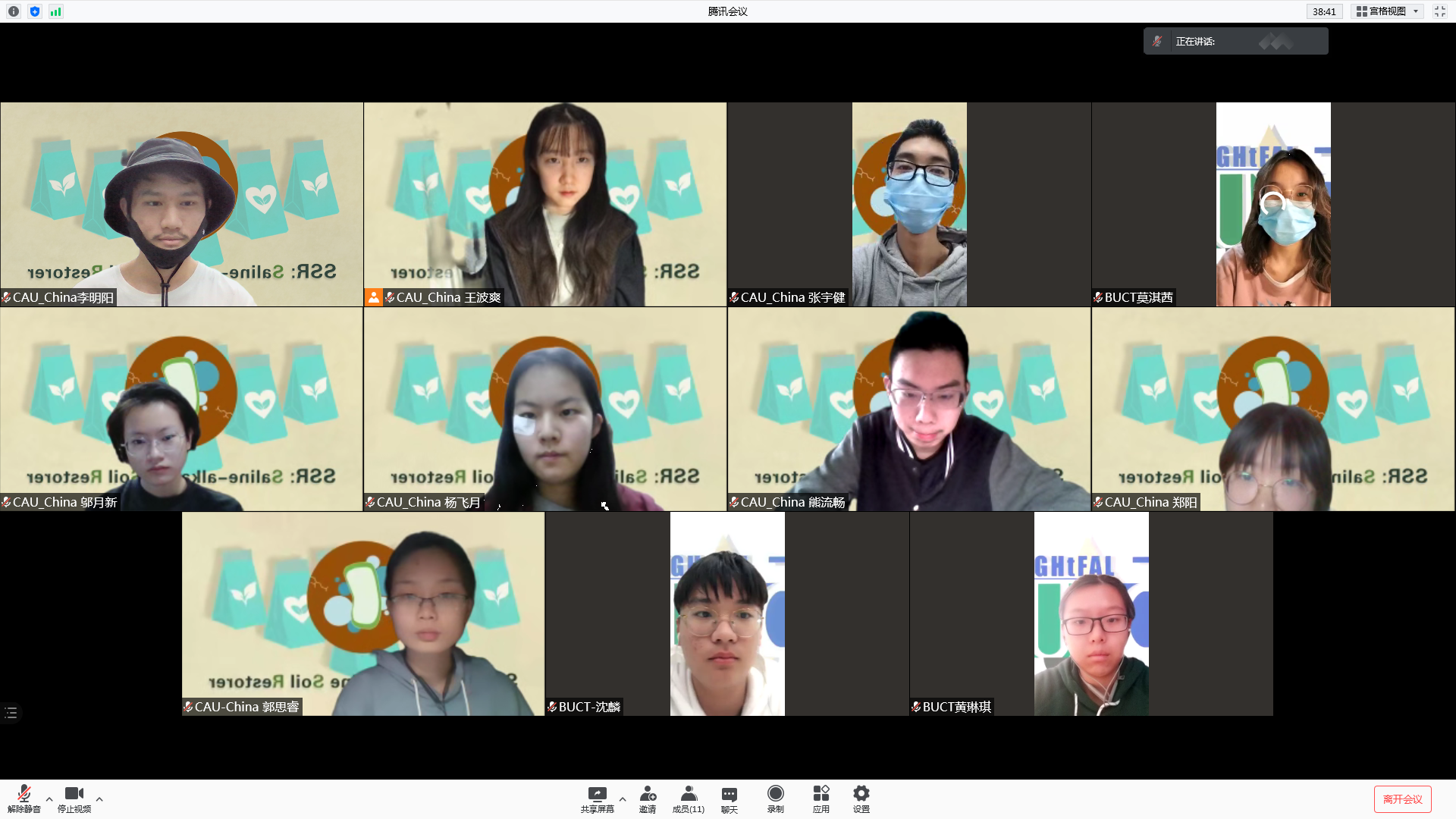