We held an online lecture for high school students and discussed synthetic biology, genome editing technologies, and the products produced by those sciences and technologies. Synthetic biology is one of the most remarkable disciplines in biology today. With the development of genome editing technologies such as CRISPR, it has become easier and easier for anyone to handle genes. That is why we are able to create new things that have not existed in nature before, and in the future, it may be possible to create life itself from scratch. However, are synthetic biology and gene editing technologies really beneficial to human beings? Gene editing has always been associated with a number of concerns, including ethical issues. These days, we are required to discuss the benefits and the accompanying concerns.

・What kind of problems do you want to solve with synthetic biology?
・What do you think about genetic modification?
- The use of genetically modified microorganisms as probiotics, which is regulated in Japan.
- The future of genetic modification?
・What kind of organisms do you want to create with synthetic biology?
・What will happen if biotechnology is abused?

What problems do you want to solve with synthetic biology?

●Global Warming
Approach:
Reduce the concentration of CO2 in the atmosphere Construct microorganisms with metabolic systems that take in CO2 and convert it into other substances. In addition, increase the efficiency of carbon dioxide absorption, and improve the growth efficiency of plants to increase the area of green space for efficient photosynthesis.

What do you think about genetic modification?

・The use of genetically modified microorganisms as probiotics, which is regulated in Japan
・The future of genetic modification?

What do you think about the use of genetically modified microorganisms as probiotics?

Agree
・No tooth decay is attractive.
・I don't mind if they are only in my mouth temporarily and safety is confirmed.

What do you think about the future of genetic engineering?

・Genetic manipulation can be widespread, but it needs to be done carefully and with sufficient discussion because of the potential for problems.
・It is not good to design too much to improve motor skills.
・It would be scary to be able to manipulate thoughts.

What kind of organisms do you want to create with synthetic biology?

What will happen if biotechnology is abused?

・People can make microorganisms produce poisons that kill people.
・We might be able to recreate an infection like in a zombie movie.
・Education and laws are important to prevent abuse.

Through the discussion, We were able to think about the impact of synthetic biology on the younger generation. They are more interested in biotechnology than we think they are. We would like to continue this kind of activity to increase their interest in biotechnology.

According to the questionnaire before the class started, many high school students had a vague sense of anxiety about genetically modified foods.
Through the class, we were able to let them know about both the good and bad aspects of GMOs and create an opportunity for them to think about GMOs.

Can you accept genetically modified lactic acid bacteria as food? 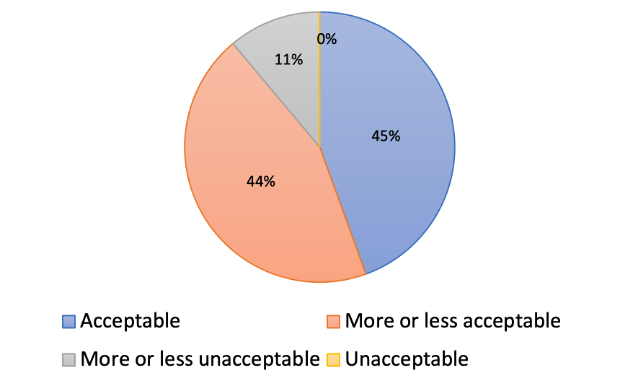 Is there a difference in impressions between substances biosynthesized by bacteria and those synthesized in factories as substances to be taken in the mouth? 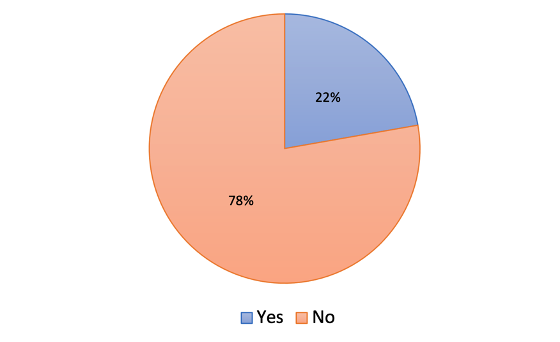 Do you care about eating genetically modified foods? 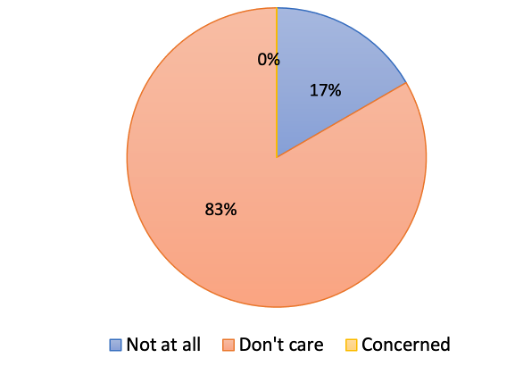