In order to socially implement our recombinant probiotics, we need to put safeguard in our engineered bacteria. So, we researched and discussed active containment using kill-switch. Then, we came up with the following proposal for that. 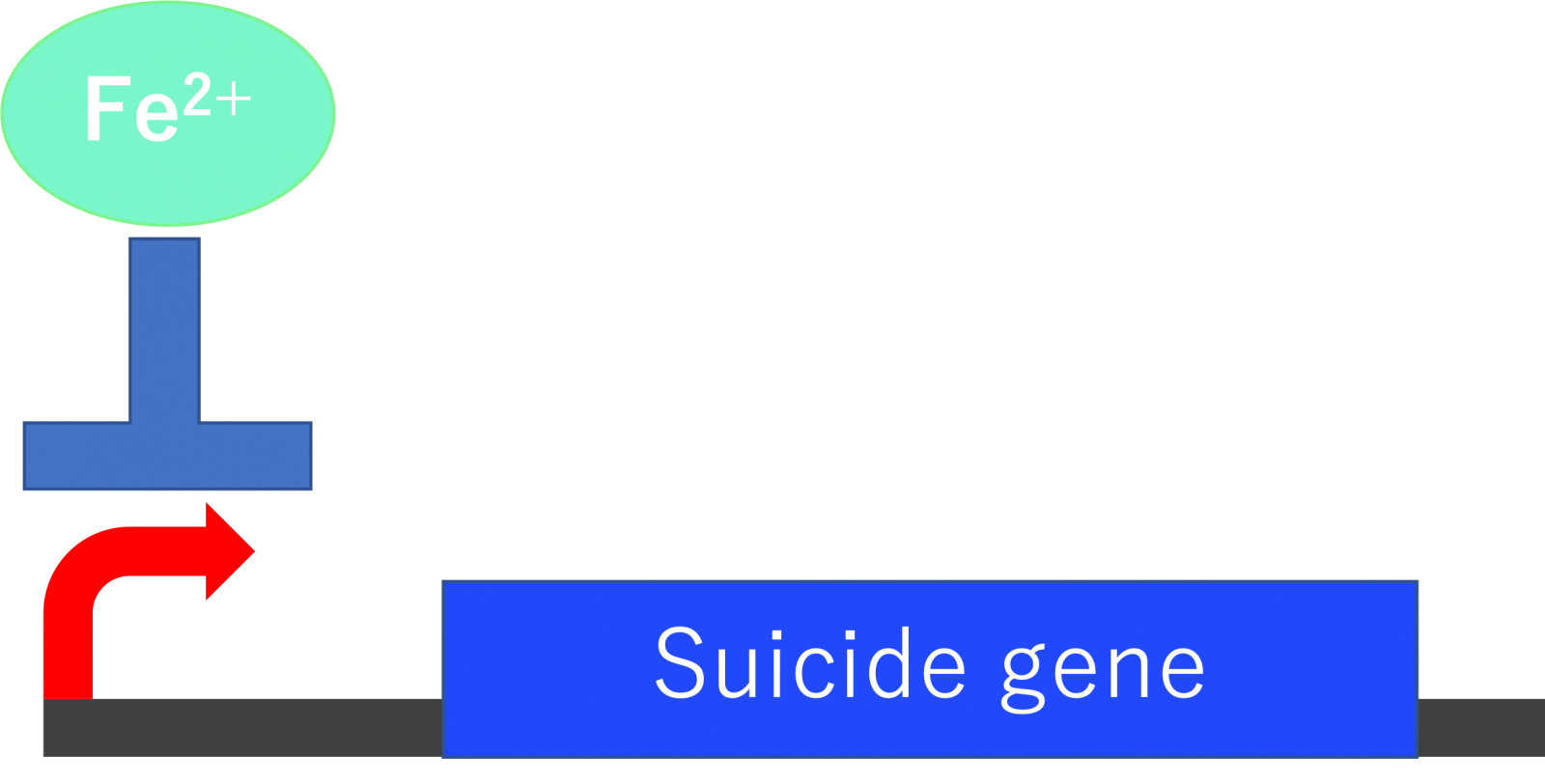 Hypoxia inducible kill-switch
One of our ideas is to insert genes that produce toxins and antitoxins against the engineered bacteria themselves. The gene encoding the antitoxin is placed downstream of a promoter that is always expressed, while the gene encoding the toxin is placed under the control of a promoter that is more strongly expressed in hypoxic conditions. This allows the kill switch to be triggered by hypoxia, preventing the spread of the recombinant bacteria.
The MazEF system, the one we are considering, uses MazF as a toxin and MazE as an antitoxin. The former acts as a site-specific endoribonuclease against almost all cellular mRNAs, while the latter neutralizes the action of MazF. The promoter that regulates MazF is BBa_K1720002, a promoter that works by hypoxia-inducible factor (HIF), and the promoter that regulates MazE is BBa_K747096, a CMV promoter.
The problem is, at what stage to create hypoxic conditions to activate the kill switch. There are not many hypoxic environments in nature, thus it is unlikely that the kill switch would be triggered spontaneously after the release of wastewater. In the past, wastewater was proposed to be collected and treated, but it is not practical to collect all of it, and if it leaks, it may lead to the spread of recombinants.
In our project, the engineered bacteria are acted upon in the aerobic environment of the oral cavity and then expelled through the anaerobic digestive tract. It is known that the partial pressure of oxygen in the rectal lumen is less than 1 mmHg (0.13% O2) [1]. Also, the activity of HIF increases exponentially with decreasing oxygen concentration and shows a maximal response at 0.5% O2[2], which means that this kill switch can be fully activated in the rectum. Triggering it in the colon eliminates the risk of diffusion of the recombinant when it is expelled from the body.

Auxotrophy
Auxotrophy is the property of being unable to live without a certain substrate. By creating such a system, it is possible to prevent the engineered bacteria from living in nature by making it so that it can only live in a medium with a specific substrate added. As substrates to be dependent on, IPTG has been well studied, but we think that thymidine/D-alanine and polysorbate 80 are good ones to be used with lactic acid bacteria.
This is a well-studied technique, but it has the risk that mutations are likely to be a problem, and in the unlikely event that the required substrate exists in nature, it will survive.

However, there are also some problems that are common to all four of these.

1. Toxins to kill the engineered bacteria
In the mechanism of biocontainment, engineered bacteria will be killed by toxins which are produced by themselves. If the toxins have bad effects on the human body or natural environment, other problems will happen. This problem can be solved by using poisons that originally kill bacteria in the environment. For example, antimicrobial peptides originally found in the oral cavity can be used as poisons.


2. Mutation
We must avoid mutations in the introduced gene impairing their ability to prevent the spread. The solution to this problem is to lay down multiple layers of bio containment technology. Even if one system is ceased, other functions can be used to stop the spread, thereby reducing the probability of mutation causing the diffusing. Also, by minimizing the number of genes, the slightest mutation can lead to lethality. 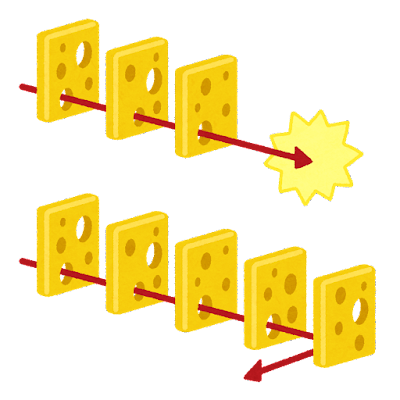 Each of these technologies has its advantages and disadvantages. We need to discuss what kind of safeguard mechanisms are suitable to realize our project. In order for synthetic biology to be useful in society in the future, we believe that safety and security must be guaranteed by strict biocontainment mechanisms.