About Research
To know the possibilities and risks of recombinant probiotics, we interviewed Dr. Ogawa, who is researching recombinant probiotics at the University of Tokyo.
Dr. Ogawa is trying to develop techniques upregulating the attachment ability of bacteria inside the intestine by genetic engineering. He found that the Escherichia coli strain lacking RNase Ⅰ remains mouse intestine for several weeks. Now, he is trying to make engineered E. coli serving as a “vaccine” by presenting some antigens on its surface. He is also thinking about the containment mechanism of engineered organisms in the open system. We asked some questions and got useful answers.

Discussion
1. How to consult with the risk of affecting the natural environment?
To maintain biosafety in the use of engineered bacteria in the natural environment, the bacteria can not survive outside the laboratory. If we can construct bacteria with unnatural substances (i.e., artificial bases), perfect biological containment will be achieved; however, it will take a very long time.

2. What can be the problems when considering social implementation?
It is important to conduct safety assessments frequently. Furthermore, it is also required to consider whether genetically modified food is scientifically deleterious or not with an open mind. The U.S. may have original safety standards in place, so it may be effective to refer to them. The use of recombinant probiotics is estimated to expand more and more . However, most people have an aversion to GMOs. Therefore, it is required to increase opportunities for discussion and education about engineered probiotics in Japan.

3. What are the concerns about introducing bacteria from the outside?
Since bacteria form a community in the natural environment including the intestine, the balance of the bacterial flora must be maintained to achieve the attachment of bacteria inoculated. One solution to this problem is to settle bacteria as a replacement with their closely related strains in the intestine. This will not damage the bacterial flora by the symbiosis among them.

4. How can we overcome people’s mental aversions?
As mentioned above, it is important to discuss and educate the biological safety of recombinants. Online classes are an excellent starting point for such education.

In addition, we should consider comments of people who are not familiar with gene recombination; this will bring other viewpoints that we had not considered.

Horizontal transmission of plasmids
Dr. Ogawa pointed out the possibility of horizontal transfer of plasmid possessed in the engineered bacteria. Therefore, it will be necessary to introduce lethal genes into the plasmid used in the open system.

Lactic acid's effect on Taste
Mr. Minami, who is researching in Dr. Ogawa’s group, pointed out that “taste” should be considered in the use of engineered probiotics. We realized that we should pay attention to the taste of lactic acid, produced by lactic acid bacteria that we planned to use. We need to test it before practical use.


Listening to Dr. Ogawa, we were able to learn a new way of thinking about biofilms that we have never seen before. Biofilm is effectively utilized to fix bacteria in the mouse intestine. We felt that the technology, using biofilm to fix bacteria, is a useful research topic for our project. In addition, he pointed out potential problems of our project, such as concerns about the bacterial flora fixing in the oral cavity and the selection of bacterial strain to be used. We were able to discuss solutions to these problems with our team members. We believe that the interview with Dr. Ogawa brought our project one step closer to success. 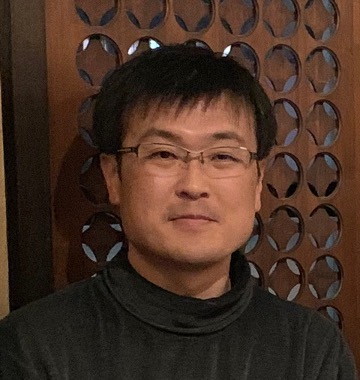 About Research
We think it is effective to make recombinant bacteria dependent on artificial bases as a technology of strong prevention from spreading. Thus, we asked Dr. Hirao (Institute of Bioengineering and Bioimaging (IBB), A*STAR, Singapore), who researches about artificial bases, for advice about the idea: introducing artificial bases to creatures to prevent recombinant bacteria from spreading.
We will introduce his team's research. They proved first in the world that combining natural DNA with artificial bases makes the function of DNA drastically improve. In 2009, they developed first in the world "Ds-Px”: duplicatable bases. In addition, they succeeded to create "DNA adapter" which combines DNA with "artificial bases Ds" to combine with only target protein. He pursues creating highly performed DNA aptamer.

We asked his opinion on the idea of using artificial base pairs in this project as a method to prevent the spread of recombinant bacteria.

1. Solutions to the Risk of Artificial Bases Replacing Natural Bases
He presented a method of using a promoter that can be expressed when an artificial base pair is replaced by an A-T pair.

3. Is there an enzyme that can repair artificial bases?
It is safe to assume that there are almost none.
How to deal with harmful mutations in artificial bases is always an issue that needs to be considered.

4. How difficult would it be to achieve spread prevention with artificial bases in this project? We don't know if his artificial base (Ds-Px) can be used in microorganisms, because I haven't tested it, but if that is cleared up, it may be relatively easy to achieve. In addition, we received these comments from viewpoints that we had not considered.


Sustainability of synthesis
Dr. Hirao points out new problem in sustaining the compound synthesis in the oral cavity. Because of the large number of indigenous bacteria and the rapidly changing environment in the mouth, our bacteria should be able to symbiotically coexist with those commensals and to produce chemicals in a wider range of conditions.

psychological obstacle
We discussed with Dr. Hirao about the psychological repercussions of spreading drugs using artificial bases and keeping genetically modified organisms in the mouth. This problem must be solved in the social implementation of our project but seems to be caused by the low level of scientific literacy among people. Therefore, we focused on how to improve the scientific literacy of the public.

students: How should the literacy of the public regarding genetic engineering be improved?
Dr. Hirao: Japan lags far behind other countries in the education of scientific literacy, including genetic engineering. We should promote education through media such as TV dramas and animation movies that can be seen by a wide audience. The important point is to change the public attitude toward science.

About Research
We consider that biocontainment by artificial amino acids is also effective. Therefore, we asked Prof. Kiga (WASEDA University), who researches on artificial gene circuits and genetic code by means of synthetic biology, for some advice. He provided us with some knowledge about biocontainment. We discussed with him what technologies could be applied to implement our project in society.

Discussion
How to implement an effective suicide system (kill-switch)?
He provided us with an important perspective on the application of kill switches to our project. If there are substances in the oral cavity that are not found in the environment outside the body, they are candidates for suicide system switches for our project. He also pointed out that these compounds would need to penetrate the lactic acid bacteria.

Should we introduce a biocontainment into a Plasmid or Genome?
We were discussing in our team that introducing a biocontainment system into a plasmid has the risk of horizontal propagation and plasmid dropout and we asked the opinion of Prof. Kiga. He was in favor of incorporating the plasmid into the genome itself from the perspective we were discussing. However, he also pointed out that we need to optimize the promoter and RBS because the expression level is low when it is incorporated into the genome.

Is it possible to Contain recombinant organisms by Introducing Artificial Amino Acids?
He told us that the currently reported methods of introducing artificial amino acids, tRNA, and aminoacyl-tRNA synthetase into microorganisms have already been established. However, he pointed out that there are some considerations such as different hosts.