Inflammatory bowel disease (IBD) is a chronic intestinal inflammatory disease of unknown etiology, including ulcerative colitis (CD) and Crohn’s disease (CD). This chronic disease, which is prone to repeated deterioration, currently lacks unified diagnostic and treatment standards, and is posing a great threat to public health. Drug therapy (anti-inflammatory drugs) is the preferred treatment for IBD. However, studies in the past 10 years have found that 30-50% of IBD patients do not respond to anti-TNF treatment. In addition, after long-term use of anti-inflammatory drugs, the patient's intestinal microbial status changes over time, and the effect may be lost due to drug resistance. Therefore, we need to seek help from other treatments for IBD.

Colonic bacteria can produce a large amount of genetically toxic hydrogen sulfide (H2S) during metabolism, and the lumen mucosa can protect itself from H2S by converting H2S into thiosulfate (S2O32-). The sulfate-reducing bacteria in the patient's intestines produce ROS (reactive oxygen species) to convert S2O32- into tetrathionate/tetrathionate (Tetrathionate, S4O62-). In addition, inflammation of the intestine can induce high-level expression of nitric oxide synthase (iNOS) and increase the production of NO. NO is converted to nitrate (NO3-). Therefore, both S2O32-/ S4O62- and NO3- can be used as biomarkers for the development of biosensors for intestinal inflammation.

We can build Boolean logic circuits to combine thiosulfate/tetrasulfate and nitrate biosensors to optimize performance, improve sensor accuracy and enhance robustness, and optimize intestinal inflammation detection (Figure 1). When and only when S2O32-/S4O62- and NO3- are present at the same time, the fluorescent gene is expressed (Figure 1). The fluorescent gene can be replaced with a gene that produce the interleukin-10 (anti-inflammatory factor) for the treatment of IBD.

There are three composite parts were constructed using pUC57 or pSU2718 vector as backbone (Figure 2). 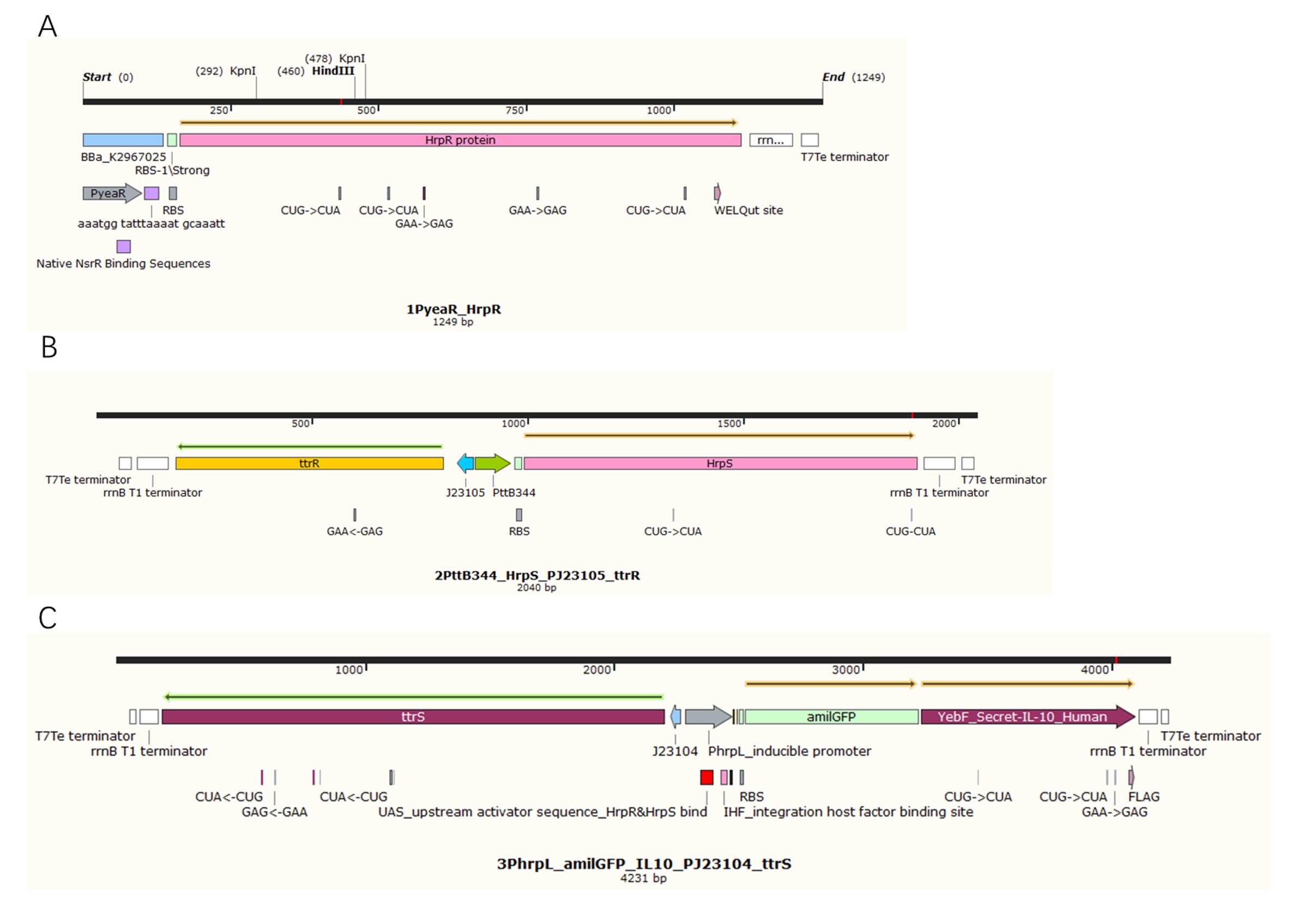 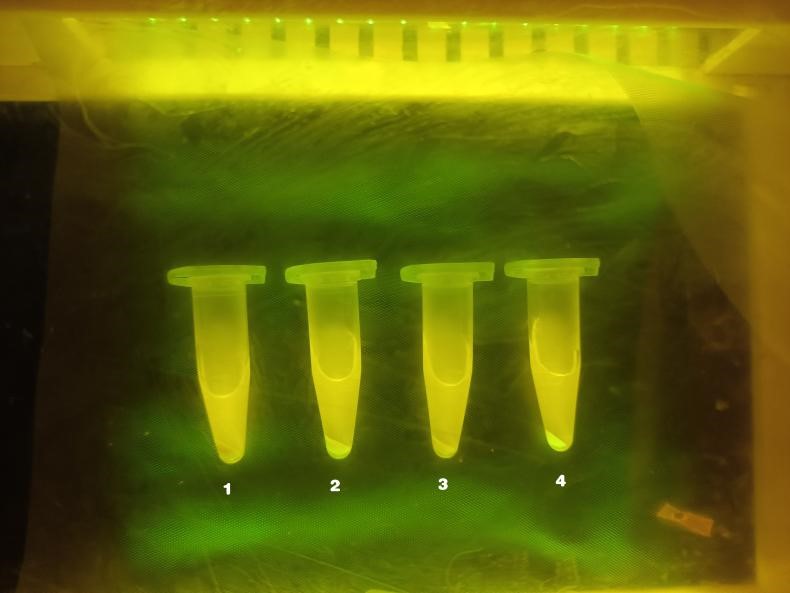 In order analyze the relationship between OD600 and the fluorescence intensity, we built a model by MATLAB (Table 1).

Table 1. Model of OD600 and the fluorescence intensity 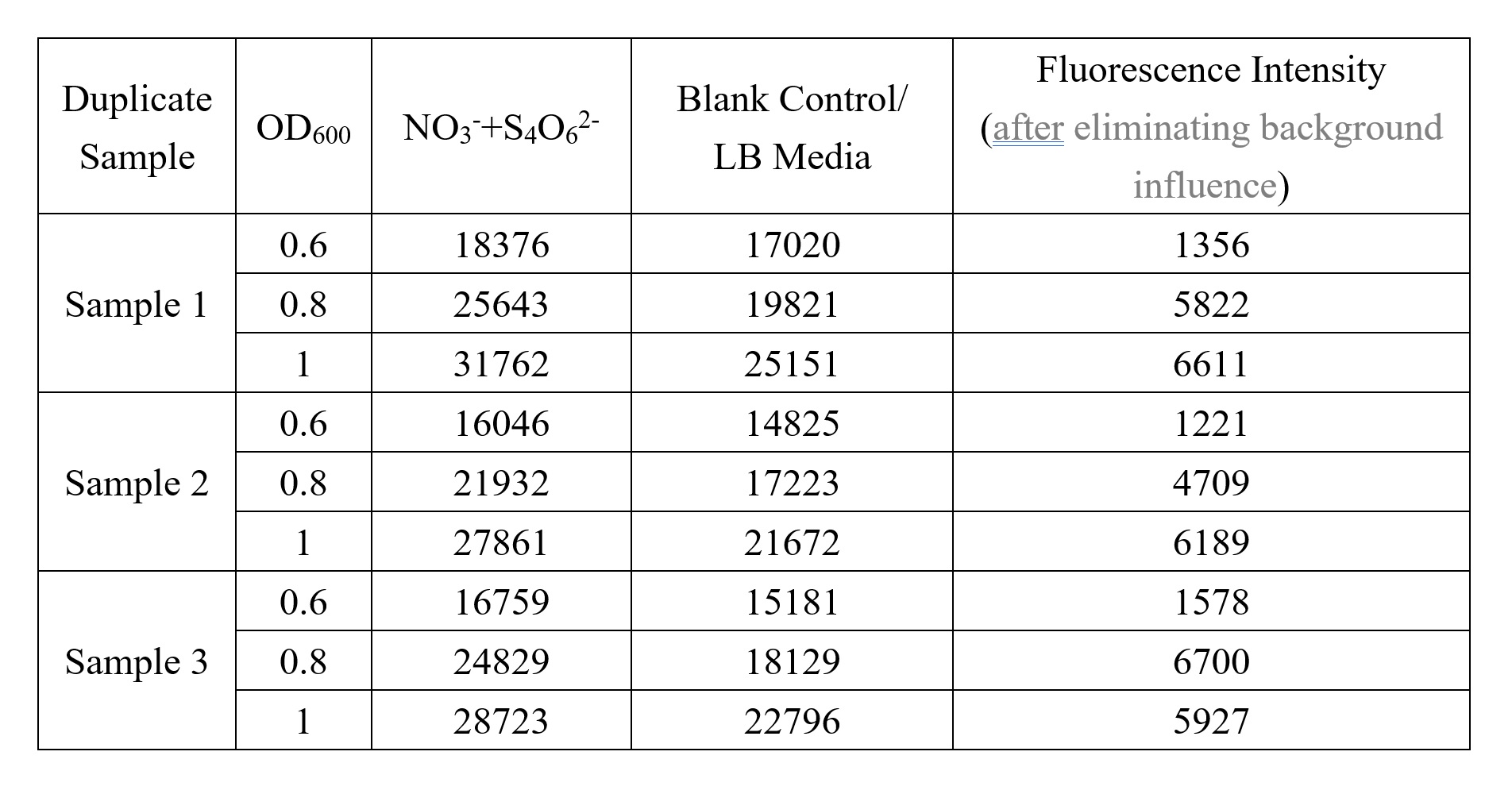 After roughly analyze the scatter plots, we chose to use the quadratic polynomial equation to adapt to our data:

Coding we used in MATLAB is given below:

After calculation, the constants of this model are listed below:

Therefore the final model would be: 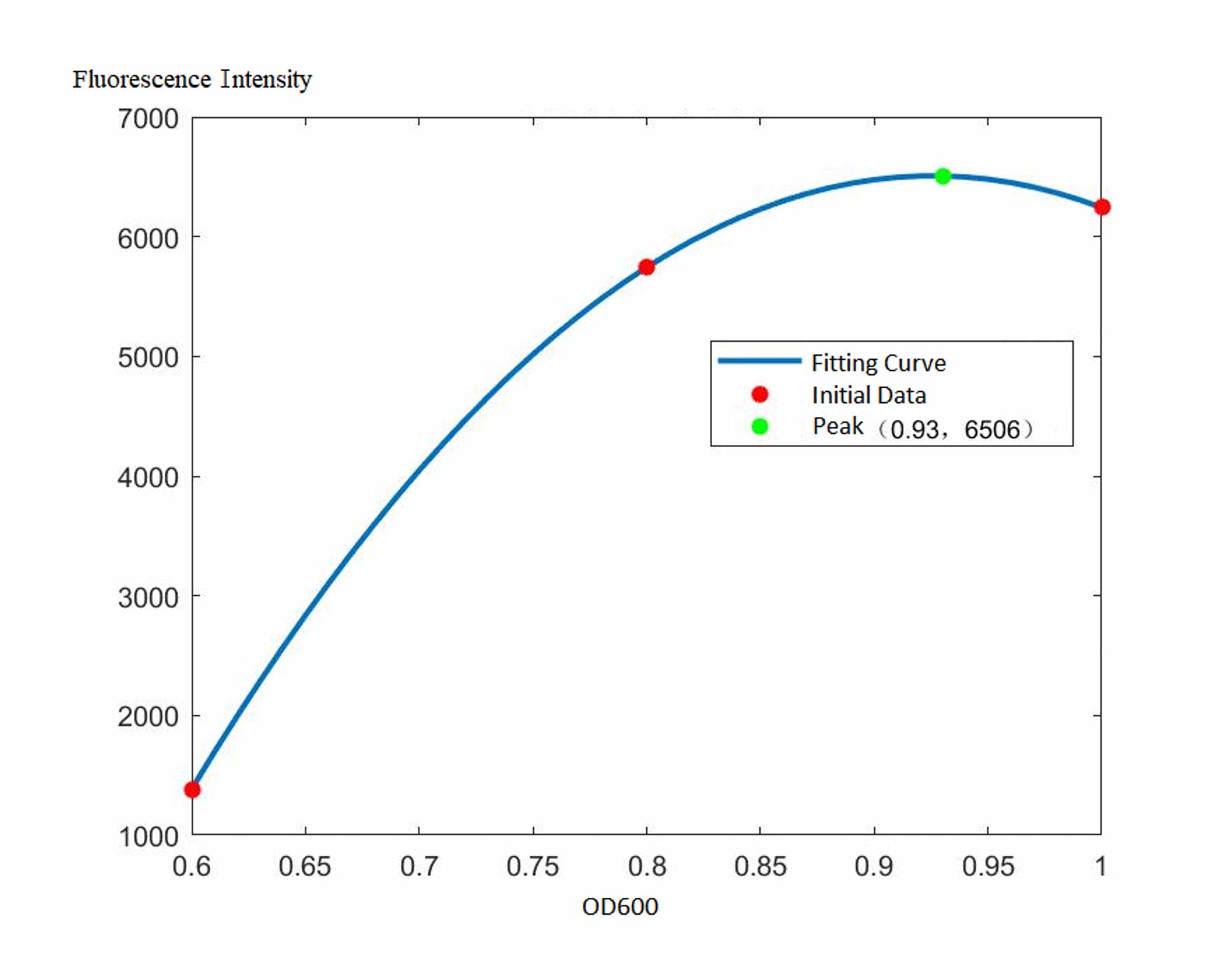 According to the fitting curve (Figure 4), it indicates that the optimal condition for our biosensor to detect IBD related compounds, would be the time when OD600 reaches 0.93 around. This result could be also served as a reference for more performance tests in the future after we complete the improvement of our biosensor genetic design.