IBD, inflammatory bowel disease, has confused scientists for a long time. According to CDC: “Inflammatory bowel disease (IBD) is a term for two conditions (Crohn’s disease and ulcerative colitis) that are characterized by chronic inflammation of the gastrointestinal (GI) tract.” Generally, patients with inflammatory bowel disease will present with repeated abdominal pain, diarrhea, mucus and bloody stools, and even various systemic complications such as blurred vision, joint pain, and skin rashes. The disease can be improved after treatment, and it can also be relieved by itself. However, most patients have recurrent episodes and do not heal, and quite a few of them require surgery due to complications.

Recently, people having the disease of IBD are increasing. According to Data and Statistics Inflammatory Bowel Disease (IBD) in the United States. In 2015, an estimated 1.3% of US adults (3 million) reported being diagnosed with IBD (either Crohn’s disease or ulcerative colitis). This was a large increase from 1999 (0.9% or 2 million adults). A recent study found that the prevalence of IBD increased from 2001 to 2018 among Medicare beneficiaries of all race and ethnicity groups, with a higher increase rate among non-Hispanic Black adults. The importance of an accurate and fast detection is necessary to be developed.

Through our survey done before, we discovered that there are already various ways to detect IBD, but they have different defects, for example, they are damaging to human body, and they are really expensive and may be restricted from specific people. We think that there is a way that is much more beneficial to human body: the Tetrathionate-Nitrate Test. We think that this way can extremely improve the detection of this kind of disease. 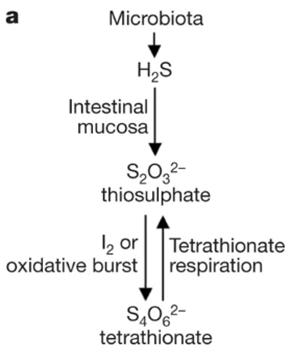 Figure 1. The process of bacteria reaction under the presence of inflammation.

Under the presence of inflammation, the sulfate-reduction bacteria will produce ROS and transform dithionite to tetrathionate. At the same time, nitric oxide synthase will be induced under the presence of this kind of inflammation to increase the production of NO, and then it can be transformed into nitrate. As a result, the two kinds of chemicals can be used together to determine the existence of IBD. So we decide to improve the accuracy and robustness of the sensor and optimize the diagnosis of intestinal inflammation by detecting tetrathionate and nitrate both.

We can implant a piece of DNA segment into Escherichia coli, in order to detect the presence of the two kinds of chemicals mentioned above. After detecting the two kinds of chemicals, their implanted genes are expressed, and then they will release a specific kind of fluorescent dye. By measuring the fluorescence response of the patient's stool, we can determine whether the patient is attacked by IBD.

Figure 2 shows genetic design of our project. Our design contains three parts below and all these parts would build an AND gate to work, which means the report will alarm only when there exists tetrathionate and nitrate both so as to improve the accuracy of the IBD diagnosis. In addition, we also introduce IL10 (interleukin-10) gene into the reporter part which could secrete the anti-inflammatory factors to cure IBD.