1. Eye protection must be worn at all times.
2. Lab coats must be worn while handling corrosive, toxic, or flammable materials. Gloves must be worn, especially when handling corrosives, toxic and dangerously reactive materials.
3. Short skirts, shorts, and open shoes must not be worn.
4. Lab coats must not be worn outside laboratories and in public areas.
5. Know where safety equipment (eyewash, shower and extinguisher) is located.
6. Always read MSDS before handling new chemicals.
7. Sterilize equipment before doing experiments by using ethanol.
8. The environment of laboratory after experiment should be cleaned up again by using ethanol.
9. Food/drink is not allowed in laboratories where chemicals are used/ stored.
10. Always wash your hands after handling chemicals and before eating.
11. Avoid wearing a Walkman or other portable music devices while working in the lab.
12. The cover of containers should be closed immediately after taking samples and reagents we needed.
13.We should wear protective clothing when using Ultraviolet machine.
14. If you see a colleague doing something dangerous, point it out to him or her. 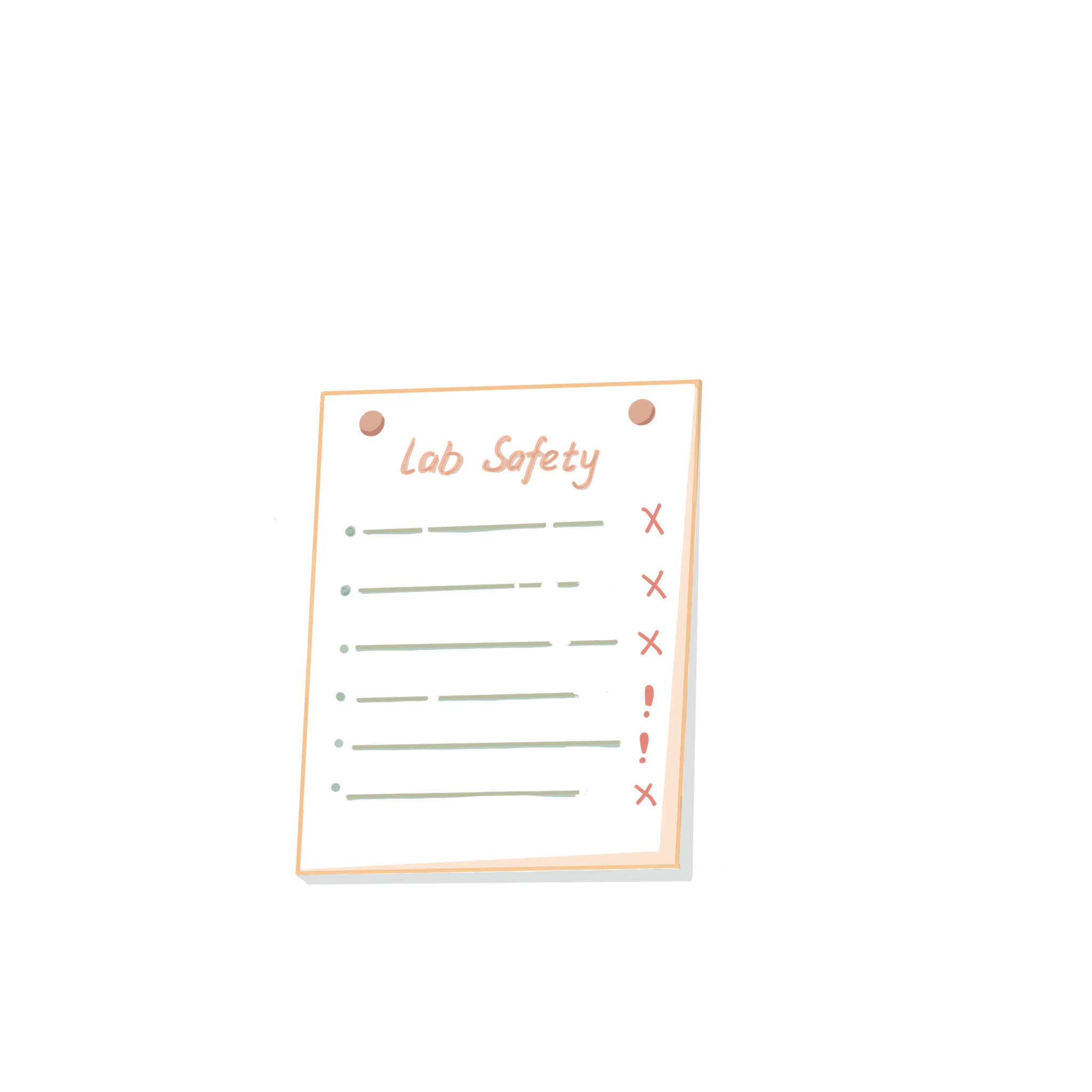 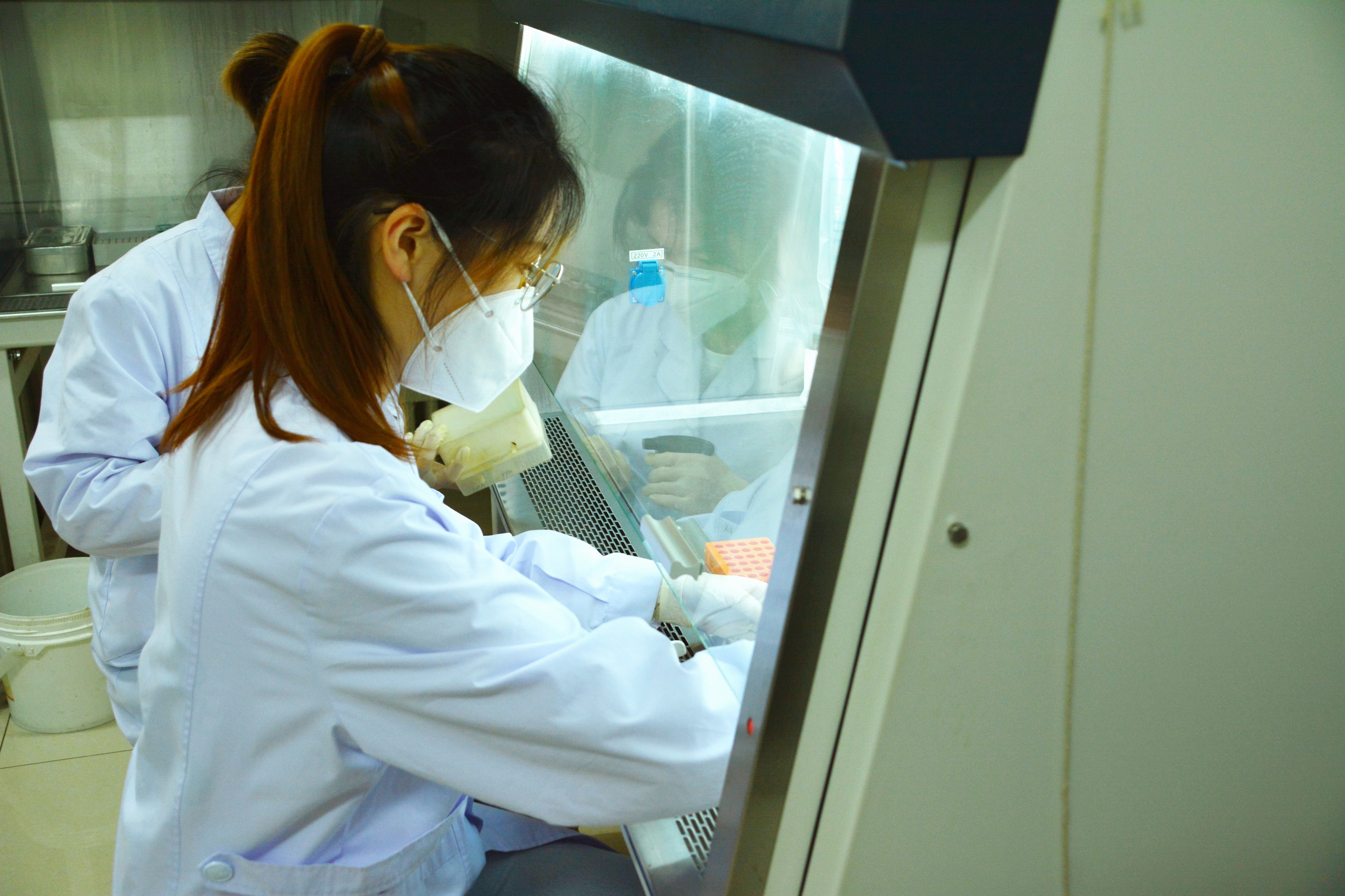 Chassis: E. coli BL21 is the main chassis we use to take effect, which is considered to be probiotic, so it is relatively safe. And E. coli DH5alpha, which we use for molecular cloning, can hardly survive in the natural environment.
Quorum sensing: Parts involved in intercellular signaling and quorum sensing among bacteria are not harmful for humans or other organisms.
SARS-CoV-2: None of the parts we use can cause disease in humans. We should always wear gloves, lab coats, goggles and masks when doing experiments. And we have a separate area for reagents.
MERS-CoV: We only intercepted a segment of MERS-CoV Spike protein RBD, which only retains binding function with the receptor DPP4 and does not mediate membrane fusion. Therefore, the segment of Spike protein selected by our team is harmless to humans. We take precautions when doing experiments.
HCoV-229E: We intercepted part of its Spike protein RBD, which only mediates its binding to the receptor hAPN and does not cause harm to humans. And we did it in a separate area. 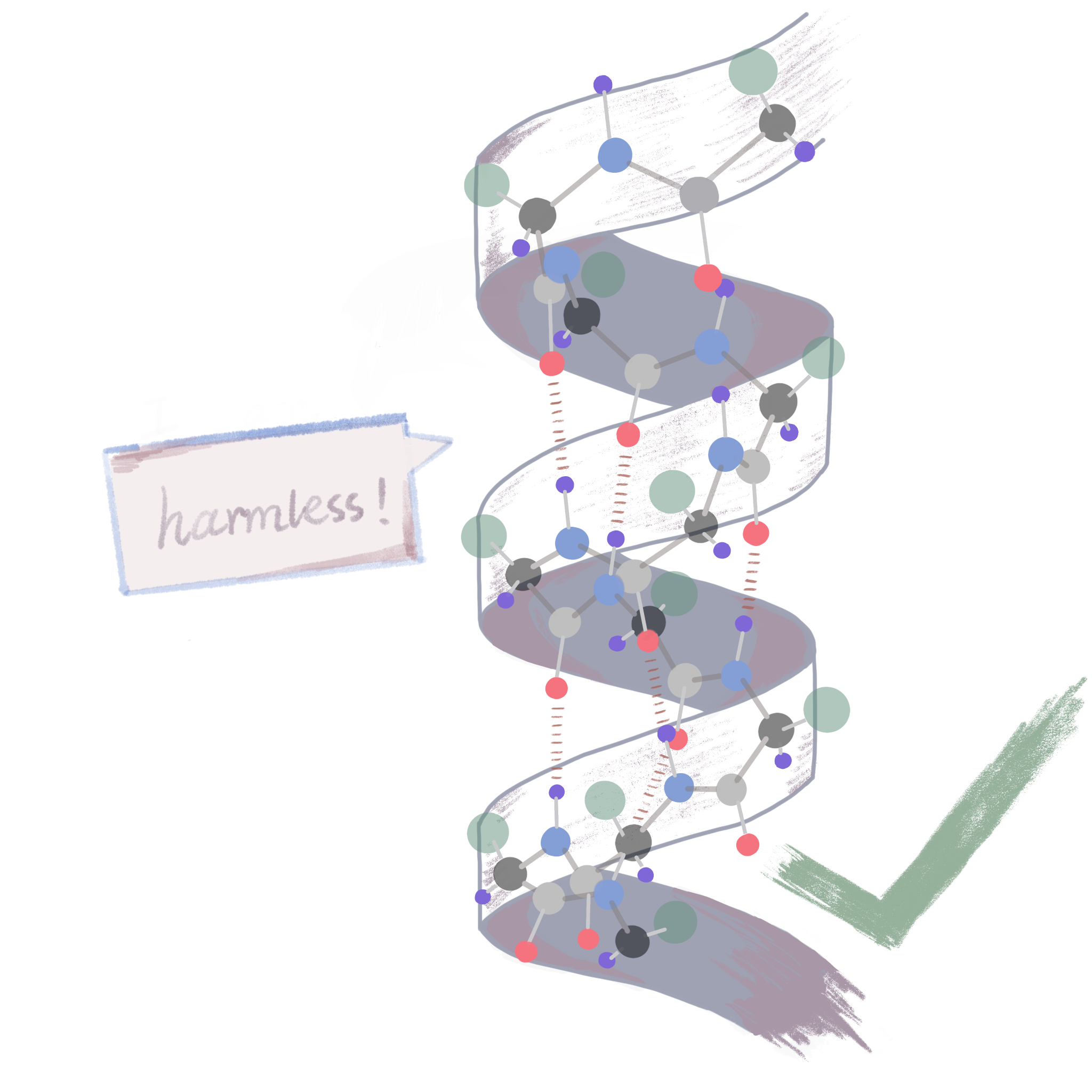 The polypeptide used in this project to mimic Spike protein is the residues 333-526 of S1 subunit, which is from the monomer of homologous trimer spike glycoprotein and is responsible for binding to ACE2 protein. The peptide only retains the binding function with ACE2 receptor, which is the RBD region of the binding site of ACE2 and S1 subunit of S protein. S1 protein subunit only retains the RBD region, which is the recognition region, but it takes both S1 and S2 protein subunits participation for S protein to recognize ACE2 and thus realizes membrane fusion. Therefore, the residue we used takes almost no risk to humans. We only intercepted a segment of MERS-CoV Spike protein RBD, including Gln471 to Asp580, retaining only the binding function to the receptor DPP4, but did not mediate membrane fusion.

Similarly, for 229E-CoV, we intercepted a portion of its Spike protein RBD, including Lys201 to Ser321, mediating only its binding to the receptor hAPN. 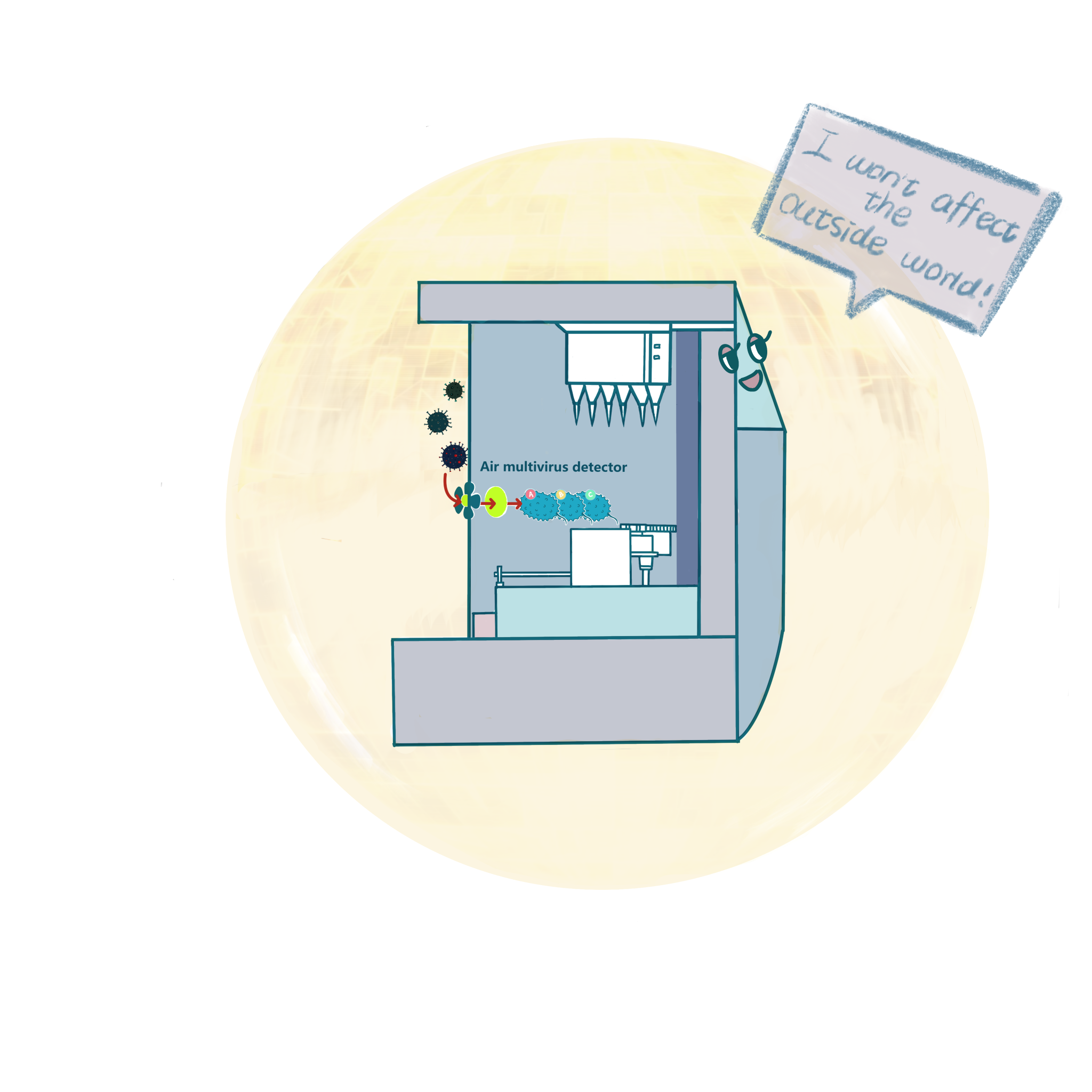 The hardware we designed is a device capable of detecting coronaviruses in the environment. In order to ensure safety, we designed a sterilization device on the hardware. It is divided into three steps: 121℃ autoclaving, UV irradiation and alcohol sterilization to ensure that the air not entering the absorption solution is purified before released into the environment.

The engineered bacteria used for detection are installed in a closed environment and will not be released into the air during the detection process. During the use of hardware, changing bacterial medium, debugging and other operations are done by professionals, and protective equipment must be worn during the operation. During the detection process, the replaced engineered bacterial solution and 24-well culture plates will be put into yellow bags containing medical waste, which will be disposed of in accordance with medical waste treatment standards.