In 2002, SARS, a severe acute respiratory syndrome that had spread across South-East Asia and finally the whole world. It took nearly nine months, and it wasn't until mid-2003 that the epidemic was gradually eliminated. As of July 2003, the number of cases and deaths worldwide had reached 8,096 and 774, with a case fatality rate of 9.6%. It not only poses a great threat to health and life, but also affects the normal order of work and life. The impact on the economy and trade is even greater. 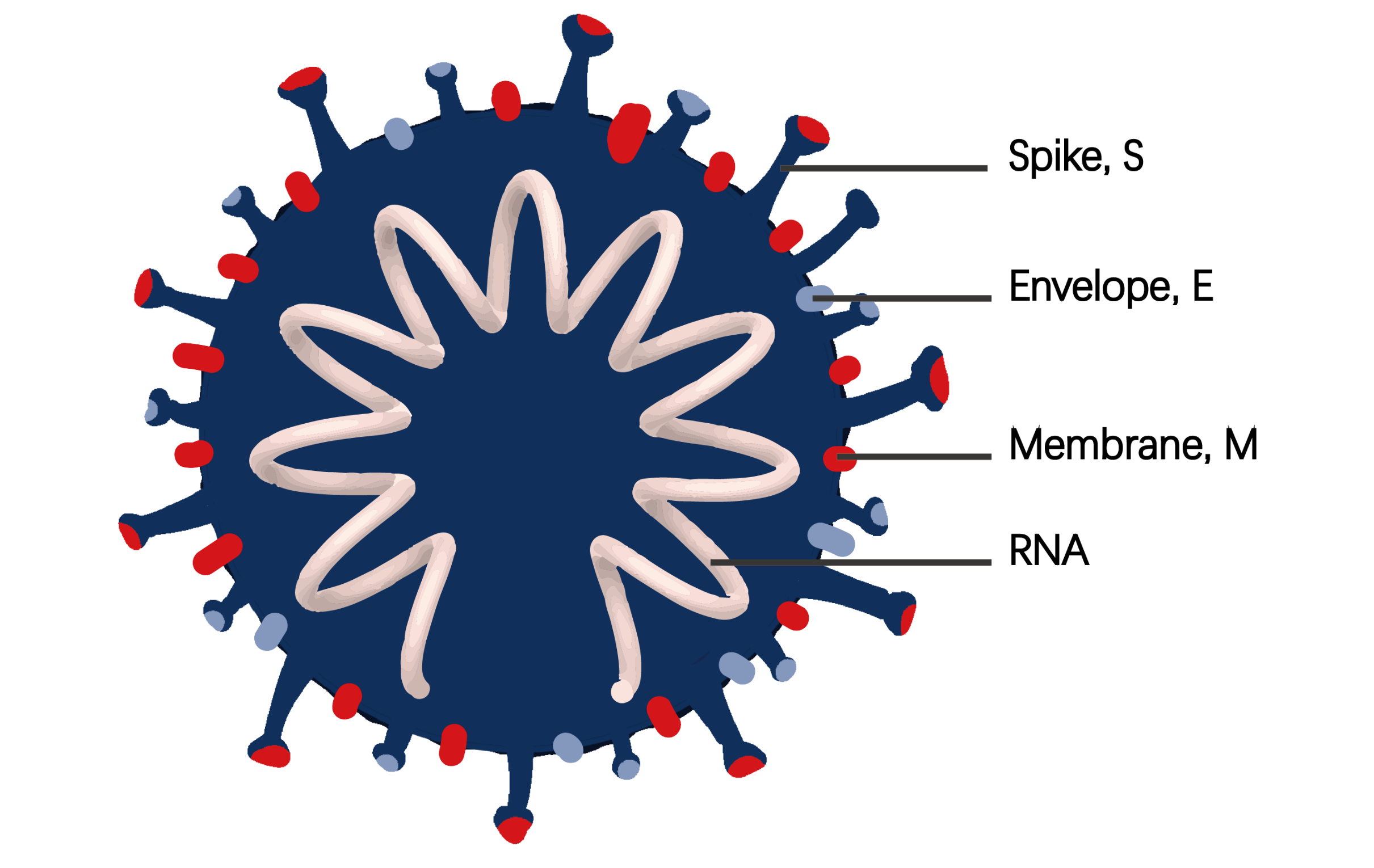 In September 2012, the first case of MERS-CoV (Middle East Respiratory Syndrome Coronavirus) was reported in Saudi Arabia. Then the infection spread rapidly. Until May 25th, 2015, according to the data released by the World Health Organization (WHO), there have been a total of 1139 confirmed cases of MERS-CoV infection worldwide, including 431 deaths, with a case fatality rate of 37.8%. This kind of virus will cause respiratory failure as well as organ failure.

Just seven years later, in December 2019, cases of unexplained pneumonia were identified one after another, which were subsequently confirmed to be acute respiratory infections caused by SARS-CoV-2. This is a once-in-a-century public health crisis. As of March 28, 2020, more than 127 million people have been at diagnosis worldwide, and everyone in the world is fighting against this pandemic. The SARS-CoV-2 outbreak has had a huge impact on society. It has shrunk the global economy by 5.2% in 2020, the most recent recession since World War II. During the epidemic, people's living habits, modes of travel and ways of socializing have all undergone tremendous changes. In addition, changes in people's psychological states are also social problems that should not be ignored. The outbreak and the subsequent response have increased anxiety among billions of people around the world and could have a "serious pervasive impact" on global mental health. 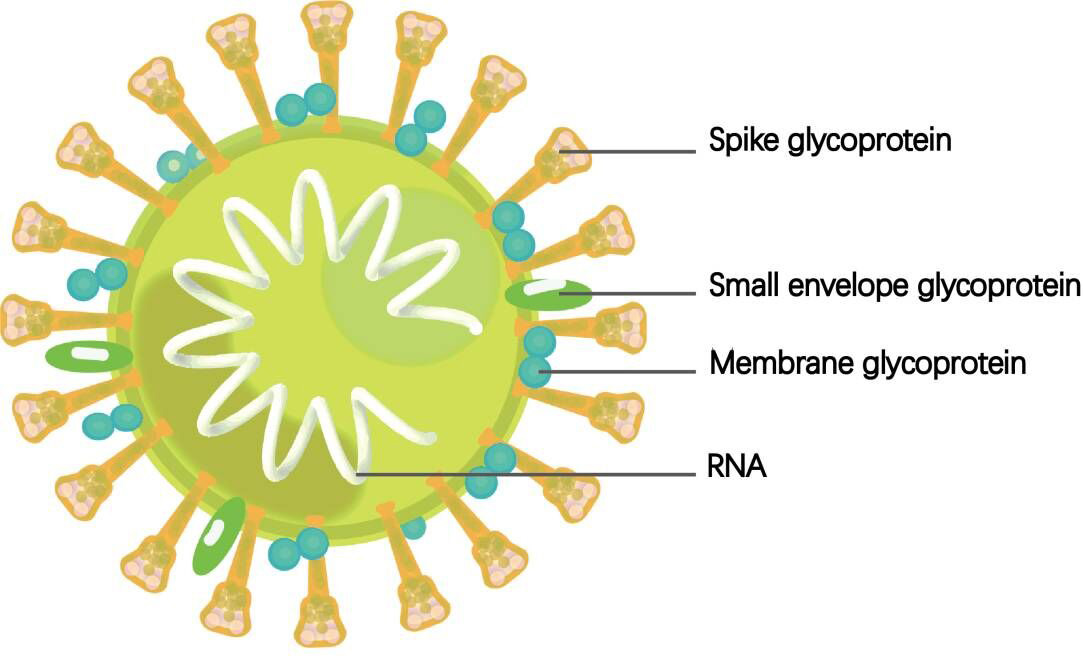 In addition to these three serious disasters caused by coronaviruses, HCoV-229E is always around us and a threat to our health. Results of several serological studies have shown that almost 100% of children have been infected with HCoV-229E in early childhood. HCoV-229E has a wide range of pathogenicity and can induce self-limiting acute infection and chronic persistent infection, such as acute respiratory disease, enteritis hepatitis, encephalitis, chronic demyelination of the central nervous system and other diseases, which can lead to death in severe cases. Another study showed that 66.6% of respiratory tract infections caused by HCoV-229E were caused by HCoV-229E. A human trial of HCoV-229E administered through the nose to healthy volunteers showed that of the 72 infected volunteers, 50% showed common cold symptoms, including fatigue, headache, runny nose, chills, cough and sore throat, and 20% developed fever. At the same time, it was found that the proportion of people infected with HCoV-229E had runny nose was higher than other common respiratory infections. Thus, it can be seen that HCoV-229 is unwittingly threatening human health which may lead to our ignoration.

There have been three outbreaks of disasters caused by coronavirus in just 20 years. Until now, the war against the new crown has not stopped. Coronavirus spread from person to person through contact, and it is similar to the symptoms of the common cold which is extremely easy to be ignored by people, when it goes worse, it will damage human respiratory system and eventually lead to death, the virus have to get our attention, and coronavirus struggle we must be prepared.

The main purpose of our team's project this year is to detect this kind of coronavirus and develop a multi-virus detection system. In addition to helping novel coronavirus detect faster in this epidemic, it can also sum up some experience. So that in the future, if there are other coronavirus outbreaks, we can be prepared, and with a few simple research improvements, we can help people learn about new viruses more quickly, and we can take action more quickly to reduce the damage.

Project
Last year, SARS-CoV-2 outbreak and quickly spread around the world. This received people's attention, so in 2020, the NEU-CHINA team's project is to test this SARS-CoV-2 virus. However, in recent years, in addition to the new coronavirus, there are other types of coronavirus, such as SARS, MERS, and HCoV-229E, also threaten people's health, economic development, have caused serious negative impact. This year we decided to improve on last year's project and refine it into a coronavirus-based multi-virus detection system. To prepare for the possibility of other major outbreaks caused by coronavirus in the future.

Hardware
After understanding the mechanical institute of our school and the principle of air purifier and studying their finished product, we contacted ZhongZi Huayu inspection Company. Through the communication with the staff, we learned the sampling, processing and detection technology of environmental testing indicators. Our detection analogy for each index in the environment of the virus detection, realize the virus collection, sampling and testing for the environment. We try to transform the whole monitoring process to realize integration and automation, that is, to develop a hardware that can integrate constant current air sampling, sample pretreatment and real-time detection.