Overview of our Human Practices


We have compiled how our project idea was shaped and which insights we have acquired from different experts. Read the ten steps below for a detailed introduction to our work within Human Practices to see which findings and suggestions have helped form the project's direction along the way.


A weekend trip to Svanninge Bjerge initiated our first idea generation process. We spent the weekend together to brainstorm and develop potential project ideas where the ideas were divided into different categories. There was also a focus on team building on the trip, where we had the opportunity to get to know each other better. We gained insight into each other's academic competencies while we had fun together in Svanninge Bjerge.

Development of project ideas with a broad spectrum of interests that reflect the group members with different interests. 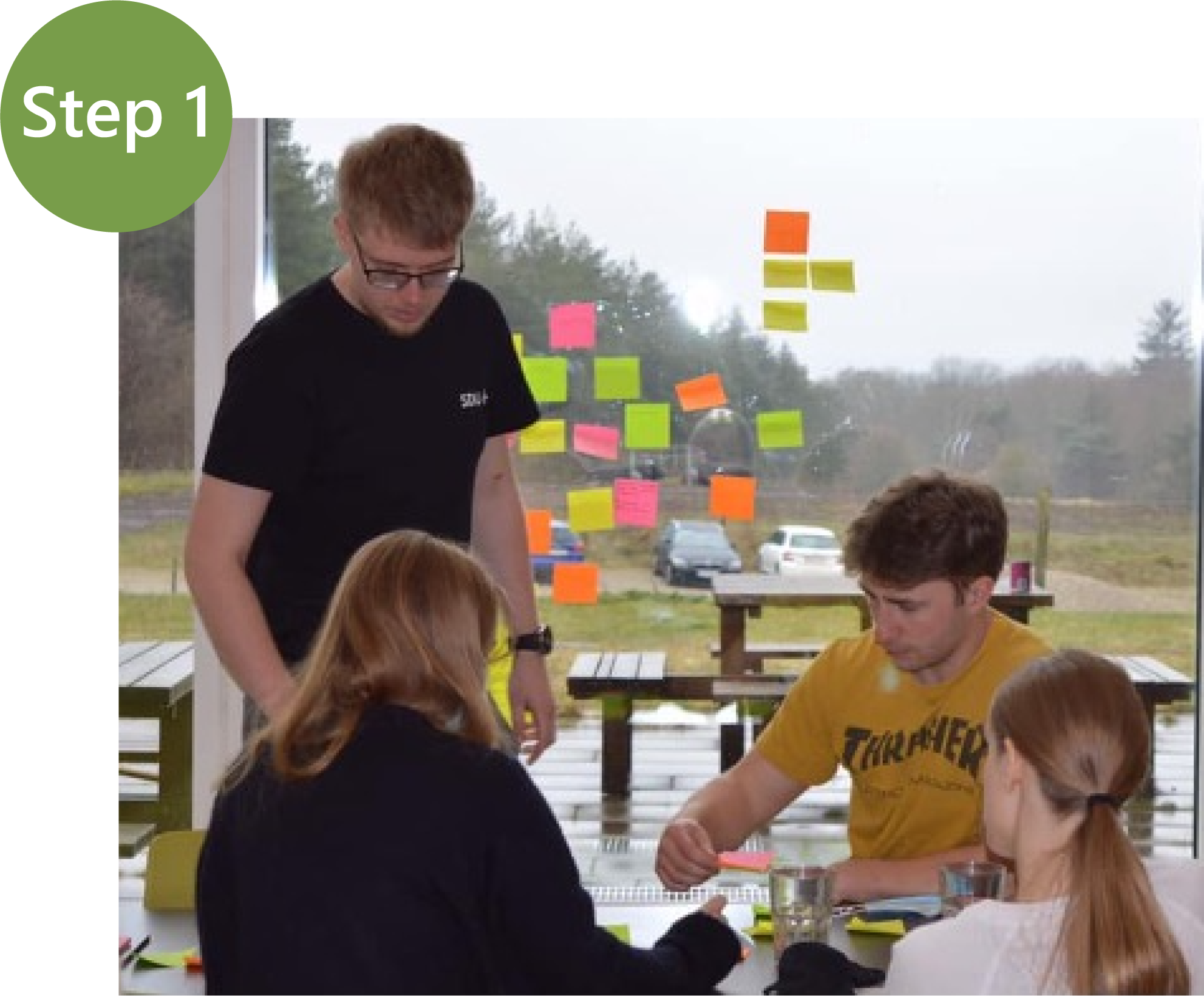 
After the weekend trip to Svanninge Bjerge, several project ideas were chosen from different categories. Due to Covid-19, an online workshop was planned with Patricia Wolf, where she helped by guiding innovatively to the project development. This allowed us to start new discussions about our project ideas. With the whole group's efforts, several ideas were generated, which were later reduced to a few potential project ideas.

Focus on innovation with a problem-solving approach to project selection.

Weekly meetings and long nights with our mentors


Despite weekly meetings and long nights, we still had trouble selecting a project. After further research and discussions, one of our team members came up with the idea of working on Sydney Australia's project from 2019. The idea of using Psilocybin in research to treat depression led all members of the group to agree to continue working on the project. Especially in a time of several lockdowns due to the Covid-19 pandemic, the group found the project relevant and very interesting to work with.

Discussion and selection of project topic 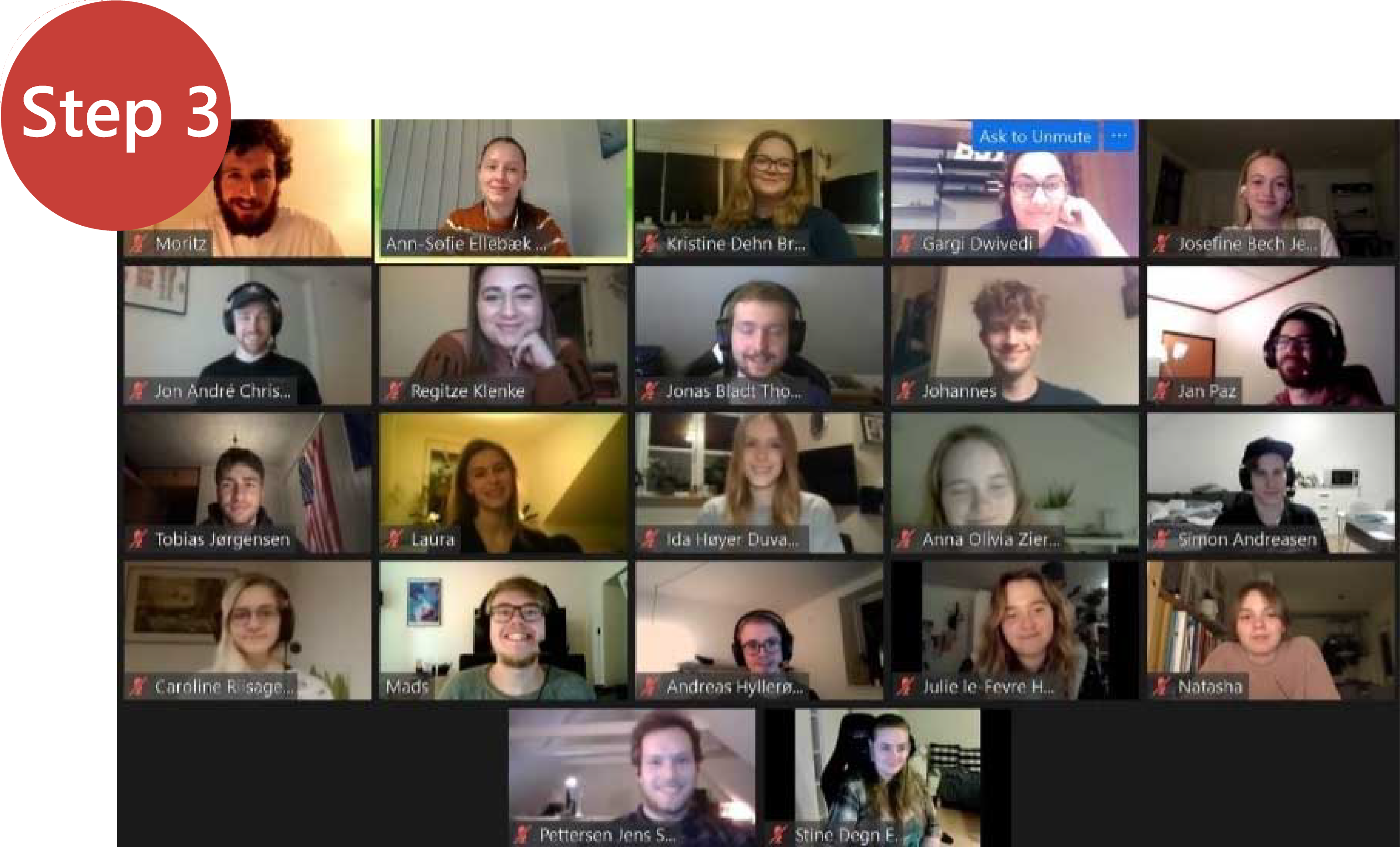 The Danish Council of Ethics


After specifying our project idea, we were able to direct our research further on ethical factors concerning the use of psilocybin to treat depression. To gain knowledge and decide what to focus on, we turned to The Danish Council of Ethics to help us polish our ethical framework. They guided us to direct our awareness on the procedures for approving new medication and referred to Danish Medicines Agency and the European Medicine Agency. Looking at the procedures for approving new medication, we saw that ethical considerations were already implemented before approving a new medication. Read more here.

Instead of reinventing the wheel, we decided to focus on understanding the approval procedures of new medication in Denmark and Europe, in which ethical considerations are already integrated.


Researching the enzymatic production of psilocybin through the literature, we came across several articles by Dirk Hoffmeister, Full Professor of Pharmaceutical Microbiology, FSU Jena and HKI Jena. We reached out to Dirk Hoffmeister, who helped us understand the fungi’s natural niches and the enzymatic synthesis of psilocybin. Our idea of using a cytochrome P450 reductase (CPR) came from the literature as well. Hoffmeister validated the use of CPR with an origin other than from a fungus. One of Hoffmeister’s published articles suggests that not only one specific reductase but several reductases may work. We consulted with Hoffmeister and chose several CPRs to investigate in our experiments. Before the meeting, we discussed the possibility of using a transporter to utilize the removal of psilocybin from the cytosol and into the media, from which it could be purified. We sought advice from Hoffmeister regarding the possible transporters of psilocybin. Read more here. Lastly, he guided us concerning the enzymatic kinetics used for modelling.

Optimization of lab experiments regarding CPR and transporters as well as enzymatic kinetics for modelling.


Regarding optimization of modelling, we contacted Lars Folke, Associate Professor Emeritus at the Department of Biochemistry and Molecular Biology at SDU, whose research area includes enzyme kinetics. He assisted us in making assumptions regarding rate constants. He also taught us to use COPASI, a software to create mathematical equations to generate enzyme kinetic models. Furthermore, Lars suggested that we consider oxygen as a possible limiting factor. We wished to implement a rotor in our bioreactor to overcome this issue, which aims to oxide the media. Read more here.

Mathematic calculations for enzyme kinetics and modelling which lead to the development of our bioreactor.


Insights from José Luis Martinez Ruiz, Associate Professor at Department of Biotechnology and Biomedicine at the Technical University of Denmark(DTU), on improving, optimising, and upscaling our psilocybin production. José mentioned several aspects and key procedures, which were used to form a step-by-step guide with relevant experiments and optimisation proposals when starting an industrial scale production. Read more about the stepwise establishment of a stable industrial-scale production.

Procedures and aspects to consider when upscaling our psilocybin production to an industrial scale.


With an establishment of considerations concerning psilocybin production, the scene was set to create a business plan. Since no one from the team previously had experience with business plans, we sought advice from the Danish company Canify A/S, which also works with pharmaceuticals. We had help with selections of relevant models and market analysis, including PEST-analysis and SWOT-model. Read more here.


We presented our project to students from former iGEM Teams of SDU Denmark. An opportunity to gain feedback from people who have been in the iGEM competition themselves and therefore have a different perspective. We integrated many of the suggestions from the former iGEM members in our project. One of the suggestions being, that we consider the potential aspects regarding the administration of psilocybin, although we chose the manufacturing track. We added this to our wiki under administration. Another suggestion was testing our card game by distributing it to Ventilen Odense, an organization that works with loneliness among young adults and spreads knowledge about the problem. Due to time constraints, this was not done during the project; however, we plan to do this after the competition. Lastly, we integrated the suggestion concerning knockout of transporters in E. coli, which could slow down the excretion of intermediates in the psilocybin production pathway, potentially increasing the yield. Knockout experiments of different transporters were later performed due to this suggestion.

Constructive criticism and expert insights from people who have previous experience with iGEM. 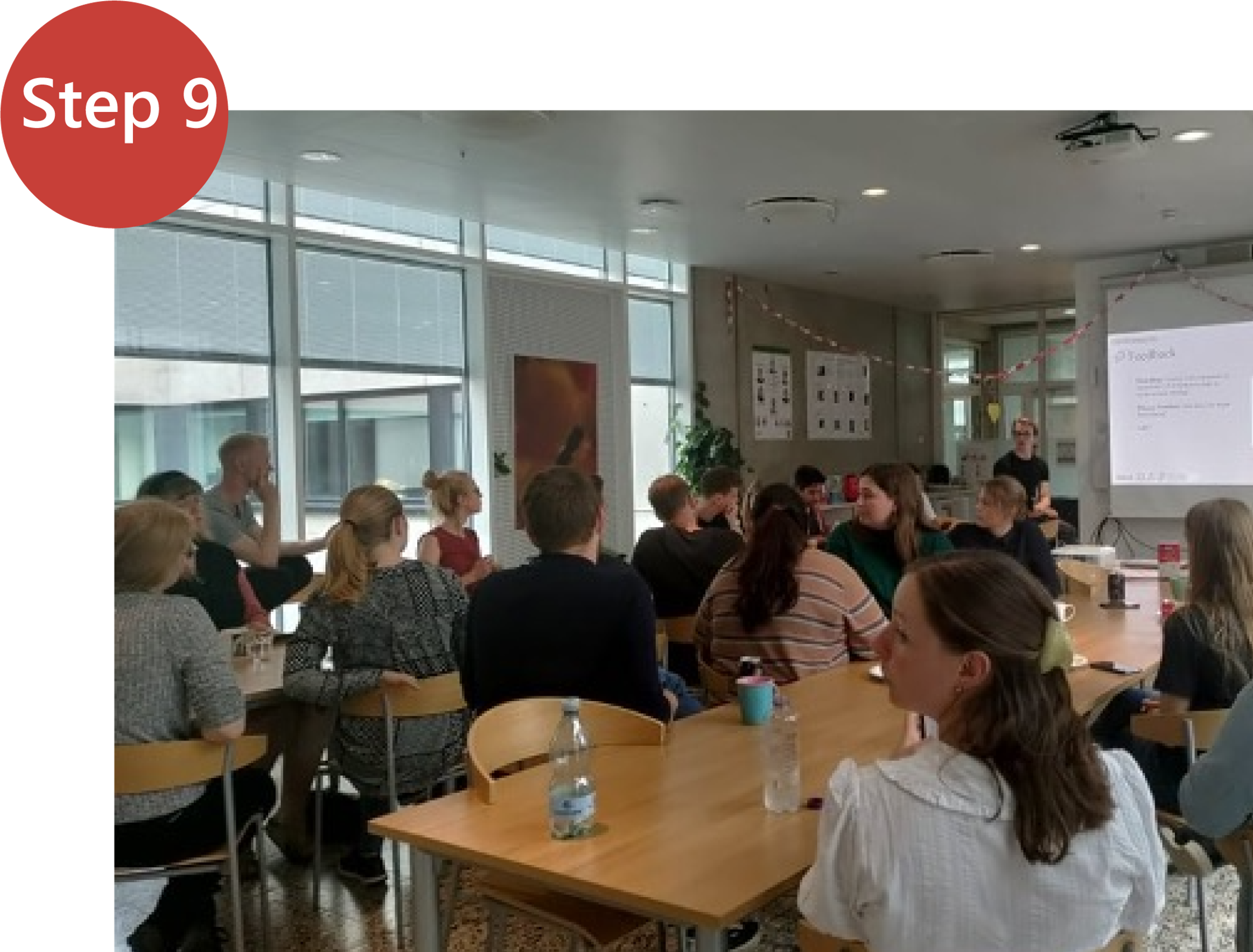 
We presented our project to the employees at the Research Unit of Molecular Microbiology at SDU. We had difficulties expressing our fungi transporters introduced in E. coli with a GFP construct prior to this. At the event, Clare Louise Kirkpatrick, Associate Professor at Department of Biochemistry and Molecular Biology at SDU, made us aware that instability has been observed in the linker of GFP constructs in E. coli, most likely due to specific proteases. We performed Western blots to investigate this claim, which confirmed the cleavage. However, due to the limitation of time, we were not able to analyse how or why. Read more here.

Inherited lab wisdom from Clare Kirkpatrick from “years of failed experiments handed down from postdoc to postdoc” in Clare’s old lab, which allowed problem solving on our lab insights.