On this page, you can read about how we have successfully engineered the part, pSB1K3-LacI-T7-PsiDKM

To make a system to produce psilocybin from the substrate 4-hydroxy indole the three enzymes PsiD, PsiK and PsiM are needed. The enzymes were designed as two bricks containing PsiDK and PsiM, because IDT were unable to synthesize biobricks containing >3000bp. For allowing an inducible gene expression LacI and the medium constitutive promoter (J23106) were inserted into the backbone, pSB1K3, containing kanamycin resistance. 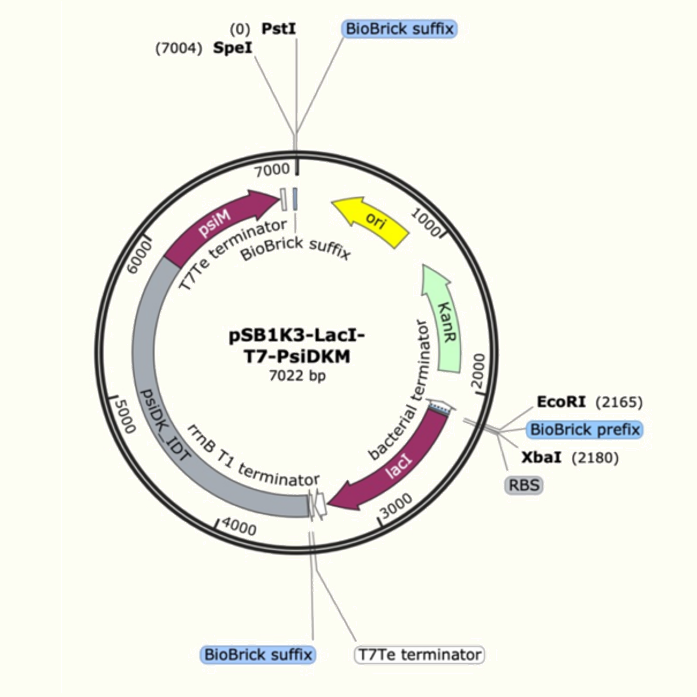 PCR amplifications were used to assemble pSB1K3-LacI and PsiDKM respectively by using designed primers, which generates overhang between the separate gene parts. Finally, PsiDKM was cloned into pSB1K3-LacI in an E. coli Top10 strain, finalizing the construction of pSB1K3-LacI-T7lac-PsiDKM. 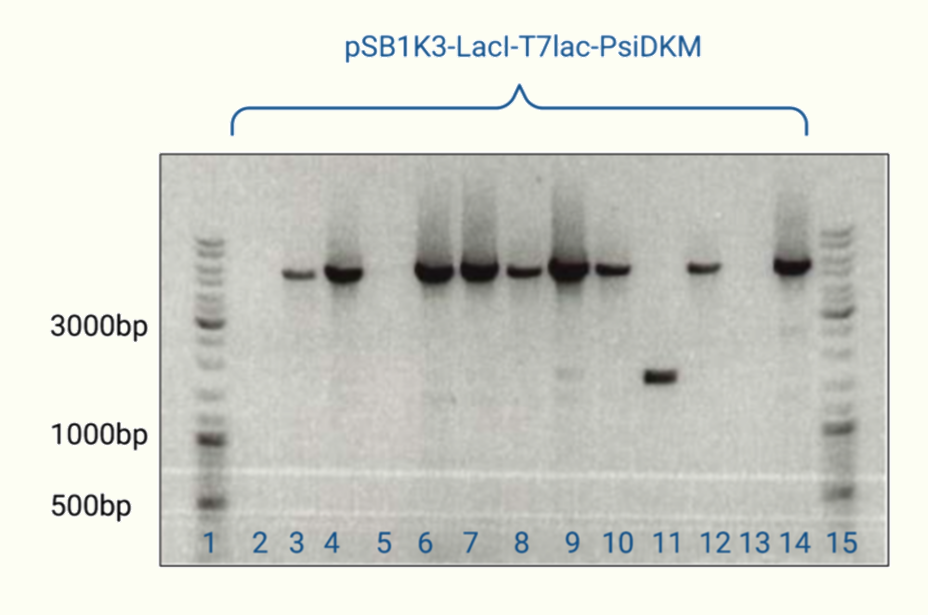 The synthesised plasmid encoding pSB1K3-LacI-T7lac-PsiDKM (BBa_K4059037) were successfully transformed into E. coli ER2566 strain, which is suitable for protein expression. Afterwards the culture was induced with 1mM IPTG enabling to test the enzymatic activity of PsiDKM using real-time qPCR. 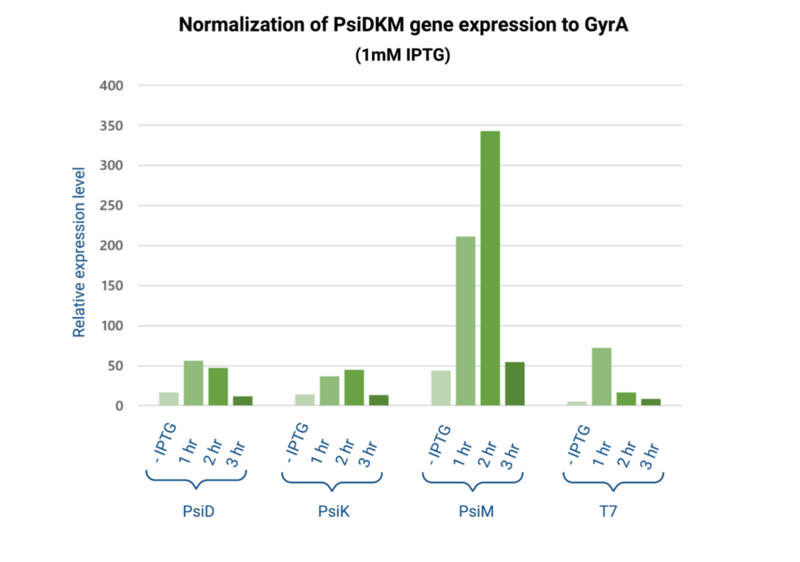 qPCR analysis of PsiDKM: Gene expression of the enzymes PsiD, PsiK and PsiM and the T7 promoter.

To test whether the PsiDKM construct was able to produce psilocybin or not, 4-hydroxy indole was added to cultures containing our plasmid with PsiDKM. These cultures were separated into media and cells. This was the analyzed via Triple Quad Liquid Chromatography-Mass Spectrometry. Fragment ions and standard curve used for quantification are described in the LC/MS section within Results.

Both fragment ions are present in all three PsiDKM samples, this is visualized on the figure below, indicating that the system can produce psilocybin when 4-hydroxy indole is added. Two out of three can be quantified using the standard curve, these calculations are shown below. These indicate that PsiDKM system #1 can produce 0.65ng/mL psilocybin and PsiDKM system #2 is able to produce 2.4ng/mL psilocybin.

qPCR analysis of PsiDKM: Gene expression of the enzymes PsiD, PsiK and PsiM and the T7 promoter. 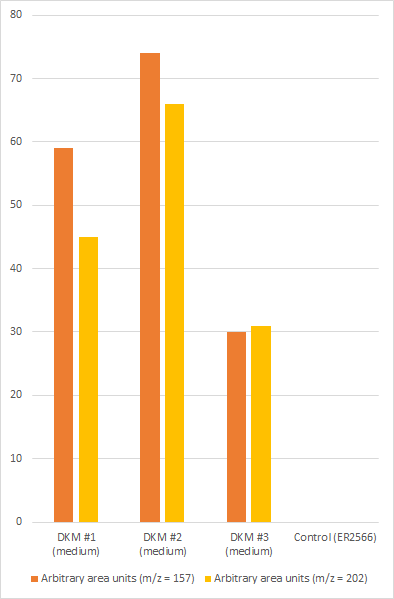 All things considered we conclude that the assembly of pSB1K3-LacI-T7-PsiDKM satisfy the requirements for engineering success, due to its ability to produce psilocybin from 4-hydroxy indole.