Osteoarthritis is a degenerative joint disease characterized by the progressive destruction of the articular cartilage and, in later stages, the entire joint, including the synovium, the ligaments and the subchondral bone. It results in increased friction between the bones, causing dyskinesia, stiffness and pain.

Osteoarthritis affects 7% of the world population. It is one of the top 10 causes of paralysis in developed countries, with a prevalence of 9.6% among men and 18% among women over 60 years old.

Although it is a condition associated with advanced age, it can occur in children and young adults, while obesity or injuries increase the risk.

As the average life expectancy rises, the percentage of people with some type of osteoarthritis will rise by 45% until 2050, managing to affect approximately 90 million people and leaving 40 million people severely disabled. Also, the costs surrounding this disease are significant.


Our goal is to research towards a therapy that stops the cartilage degradation and enhances the anabolic pathways, which eventually would lead to joint repair.

We propose the transfection of stem cells (already a potential OA therapy) with a novel genetic circuit that will lead to the secretion of therapeutic molecules. These cells can then be inserted in the targeted joint, delivering the molecule to the affected chondrocytes. For more details, check our Design page! 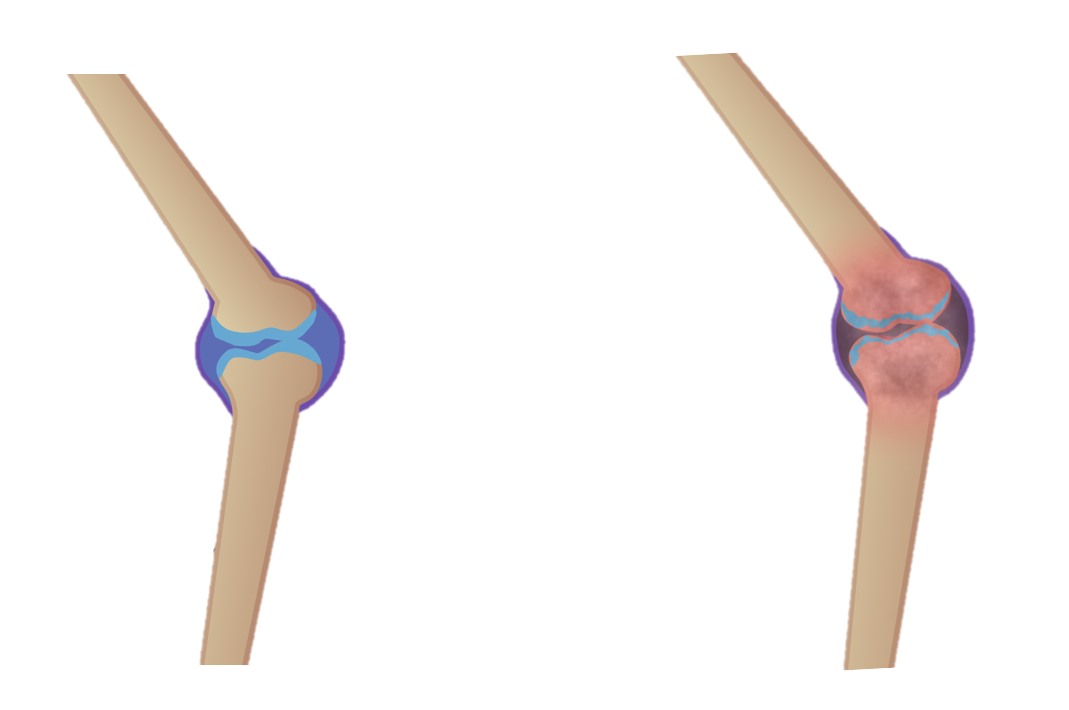 
There are several commercially available solutions for people with osteoarthritis, but most of them do not solve the problem, they simply eliminate some of the symptoms. Also, they are expensive and painful as the administration of palliative drugs is done through multiple injections.

The only available radical approach to alleviate local symptoms is surgery, which is highly invasive and adversely affects the body in various aspects.

Emerging treatments for osteoarthritis today include:

-    Increasing the concentration of platelets in the blood resulting in strengthening the body's normal response.
-    “Blocking” factors that cause inflammation.
-    Placement of stem cells in the cartilage to regenerate it. This method can be applied only in early stages of osteoarthritis without definite results.
-    Using healthy tissue from another part of the body and applying it to the problematic area. This method weakens other parts of the body and it requires joint replacement surgery.


As typical Type A personalities, most team members had a strong opinion on what is the most important problem to address.

After many brainstorming sessions, we set up the following strategy.

Each team member formulated a real-world problem they thought to be important and interesting. All problems were to be briefly analyzed and presented along three aspects: the impact to society, the potential to engage synthetic biology for the solution, and the opportunities to reach the market.

A first deliberation on more than 10 problems-to-be-solved led us to retain 3 finalists. The entire team split in 3, each group undertaking to further research and develop the idea and sketch a proposed solution. After a long and painful debate, we got our winner: find a cure for osteoarthritis!

The winning idea sprang during a brainstorming team retreat in Samothraki Island, Greece.

While climbing the rocky mountains of Samothraki to reach the spring of a river, one team member faced difficulties due to looseness and pain in the joints. When we returned to our tent and the brainstorming sessions, the desire for a solution to the pain in the joints turned into one of the proposed projects!

Initially, the idea was to genetically manufacture a bio-compatible exoskeleton. During the debates, and after extensive literature search, we turned the project into a more tangible genetically engineered quest for the cure of osteoarthritis.

Crucial to this decision was the high prevalence of the disease and its severely debilitating nature.


In Greek mythology, Epione (Ηπιόνη) was the wife of Asclepius, the god of medicine.

Her name derives from the word ήπιος (epios), that means "soothing". She was not a godess herself, but she was the personification of the care needed for recovery and healing.

Her daughters were symbols related to health as well. Iaso symbolized healing, Panakia was cohesive with any cure, Hygieia literally means health, Aceso derives from an ancient greek verb that means "heal" and Aegle the name we gave to our Risk Factor Calculator for Osteoarthritis, represented robustness and prictine health.