This year we formed a partnership with team FAFU-China. As both teams are located in Fuzhou China, we made some contact in the early days of the competition. After some preliminary investigation, the FAFU team found that some people used scented products to ease depression, lighten spirits, and encourage relaxation, which coincided with the purpose of our project. The two teams then worked together to address issues such as depression and anxiety. We tried to regulate depression through GadB-synthesized GABA, while FAFU wanted to use aromas to regulate mood. Both teams worked together on experiments, human practice, education, wiki, and artwork to help improve each other's projects.

The Partnership page of FAFU-China can be found here.

June 20th
After preliminary communication via wechat, we decided to host the first meetup. However, because of the COVID-19 pandemic, FAFU-China was forced to suspend the experiment and the first meetup was also changed to an online format. At the same time, FAFU-China and us talked over some issues about our projects. 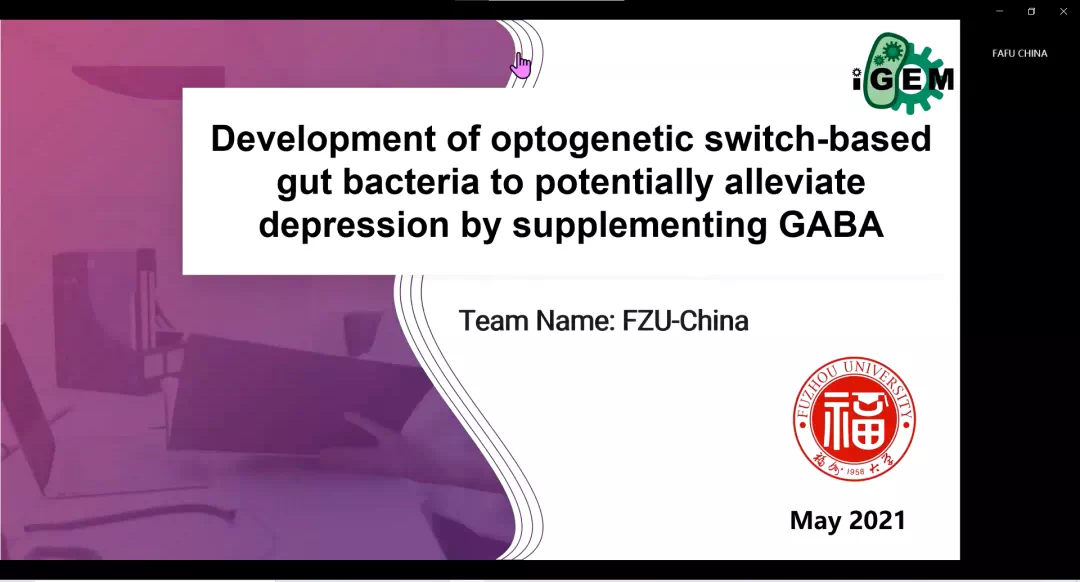 August
Because of the COVID-19 pandemic, FAFU-China was forced to suspend the wet lab plan during summer break. We agreed to help them test the effectiveness of their b3 Plasmid. We conducted some experiments using the b3 Plasmid and we notified the FAFU-China team of the results. Cells that were grown under blue light showed green fluorescence, while those grown in dark did not show significant fluorescence. 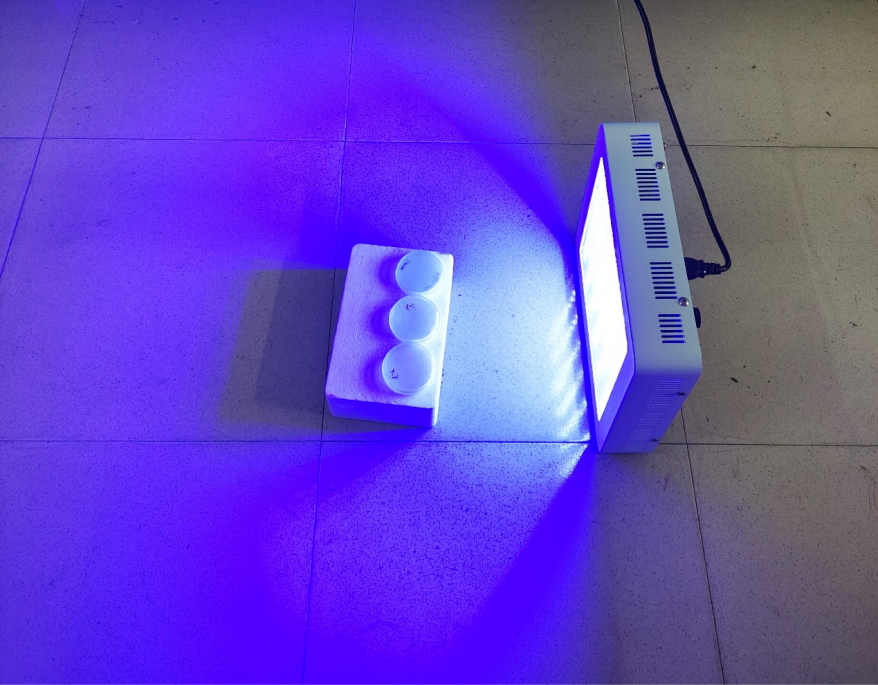 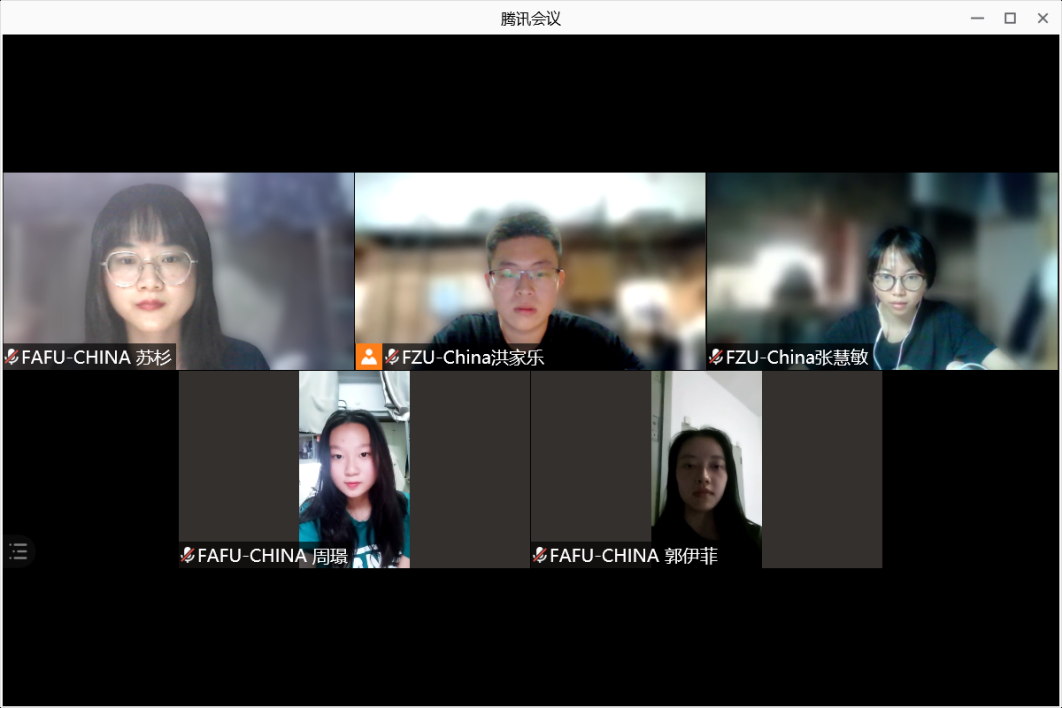 September 3th --September 5th
FAFU-China gave us some suggestions about the wiki page. They helped us solve the problems in the navigation bar and taught us some tips on CSS.

September 9th
After CCIC8，we wanted to learn more about the real process of treating depression. Therefore, we got in touch with Dr. Zisen Zhuang from the First Affiliated Hospital of Fujian Medical University. Dr. Zhuang systematically introduced the pathogenesis, the treatment of depression, and some issues of depression. FAFU-China contacted Weiyi Zhang, a teacher in the forest health major of their school. He introduced the creation of human emotions, the concept of forest health, how physical factors such as smell affect humans and how these chemical factors have a positive effect. After the interview, both sides exchanged the information we had obtained.

September 10th
Due to the COVID-19 pandemic and time conflict, FAFU-China couldn't come to the talk in person. But they recorded a video to help freshmen understand what they were doing and what synthetic biology was. 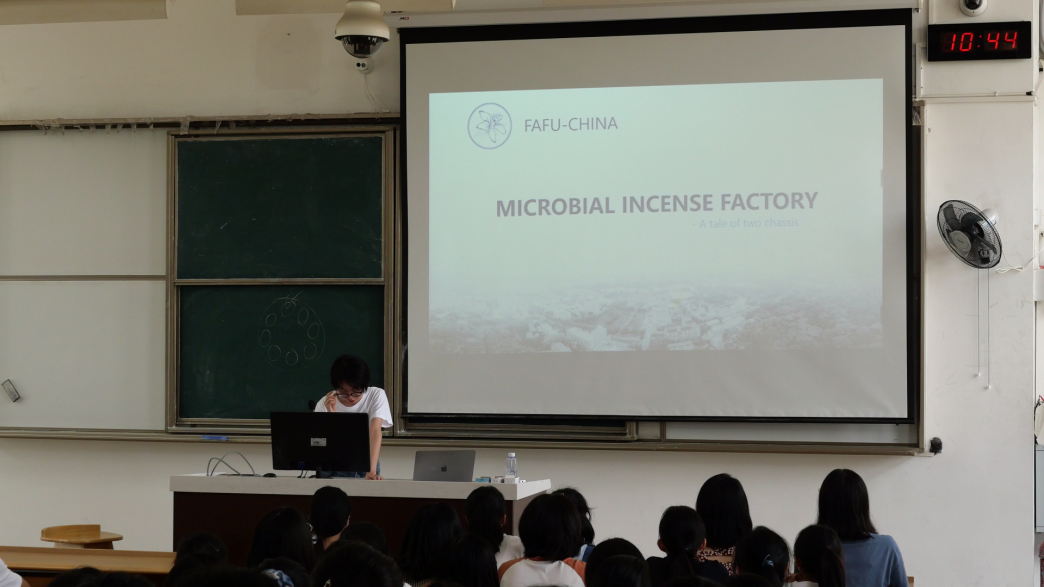 October 1st
FAFU-China reminded us that the upload of parts was about to freeze and helped us debug some issues with our wiki pages, such as backgrounds, font heights, etc. They also provided helpful comments on our judging forms as this was our first time doing this and we did not have previous FZU team members to consult with.

October 3rd
During the National Day holiday, all the members of both teams held an online meeting. This was a summary of our previous series of activities. And together we analyzed the information gathered from previous joint interviews. It was concluded that the treatments of depression were still very limited, and the effects of treatments varied from person to person. This provided a realistic basis for our projects to be put into implementation. Members of both teams also explained their current work progress and difficulties and held exchanges and discussions. In addition, we recommended that the FAFU team designed the product as a small sachet, after discussion they took our suggestion. 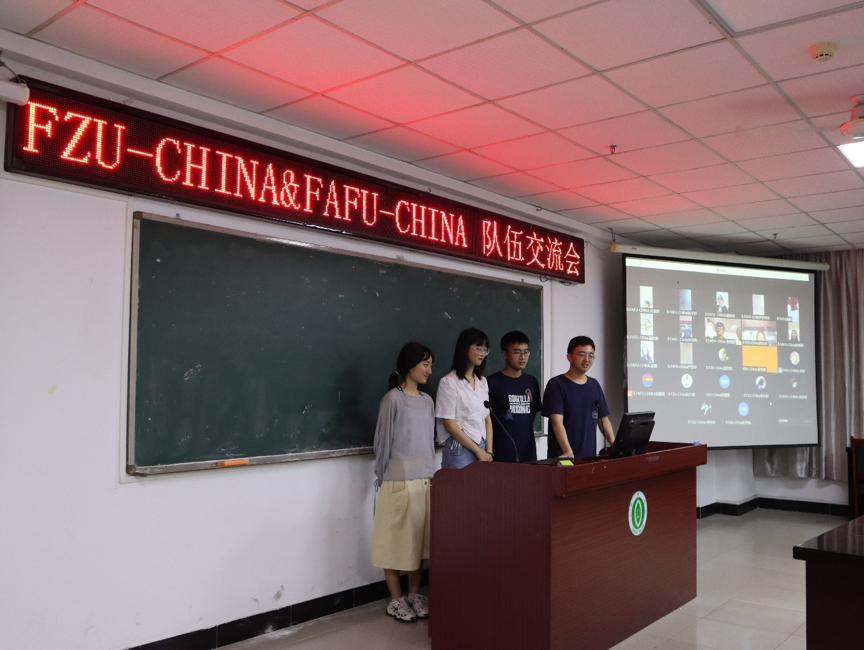