Collaboration on a Picture Book

Our team worked with LZU-China, NMU-China, NNU-China, NUDT-China, NWU-China-B, UM_Macau, and Worldshaper-Nanjing to produce the "Cell Factory" picture book collection. We jointly created a theme, designed the cover, catalog, and back cover together, and completed the production of the picture book. This collection of picture books is vivid and interesting, simple, and easy to understand. It plays a significant role in the publicity and education of children's science. 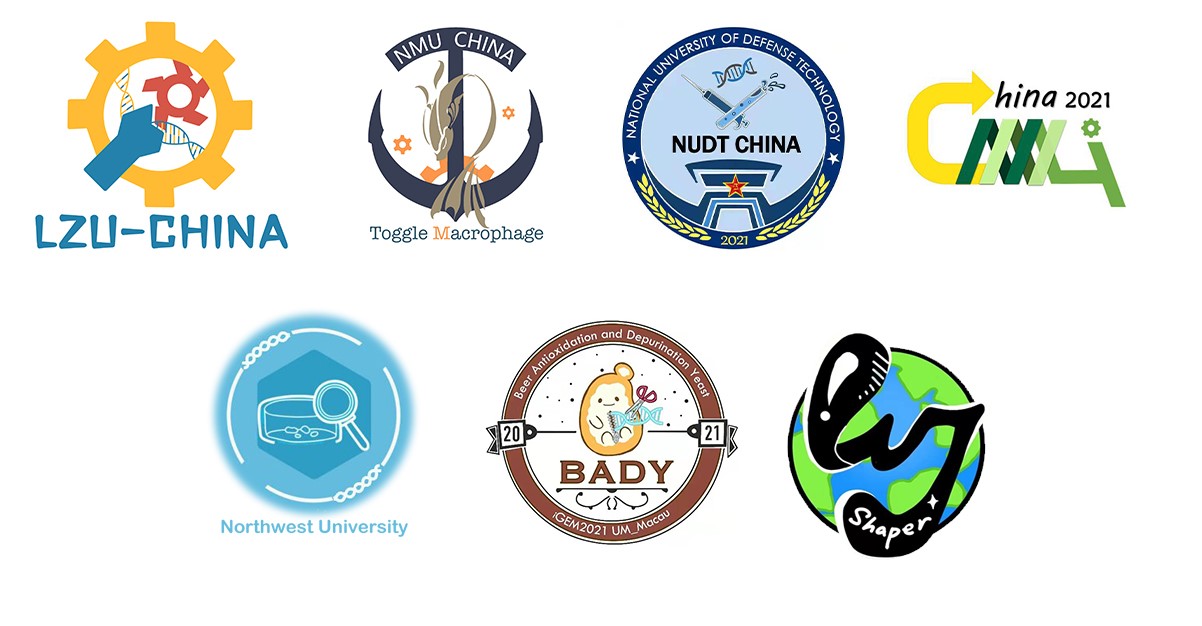 Besides, we held an online communication meeting from 2 pm to 4 pm on September 25th and introduced our team’s projects using picture books. 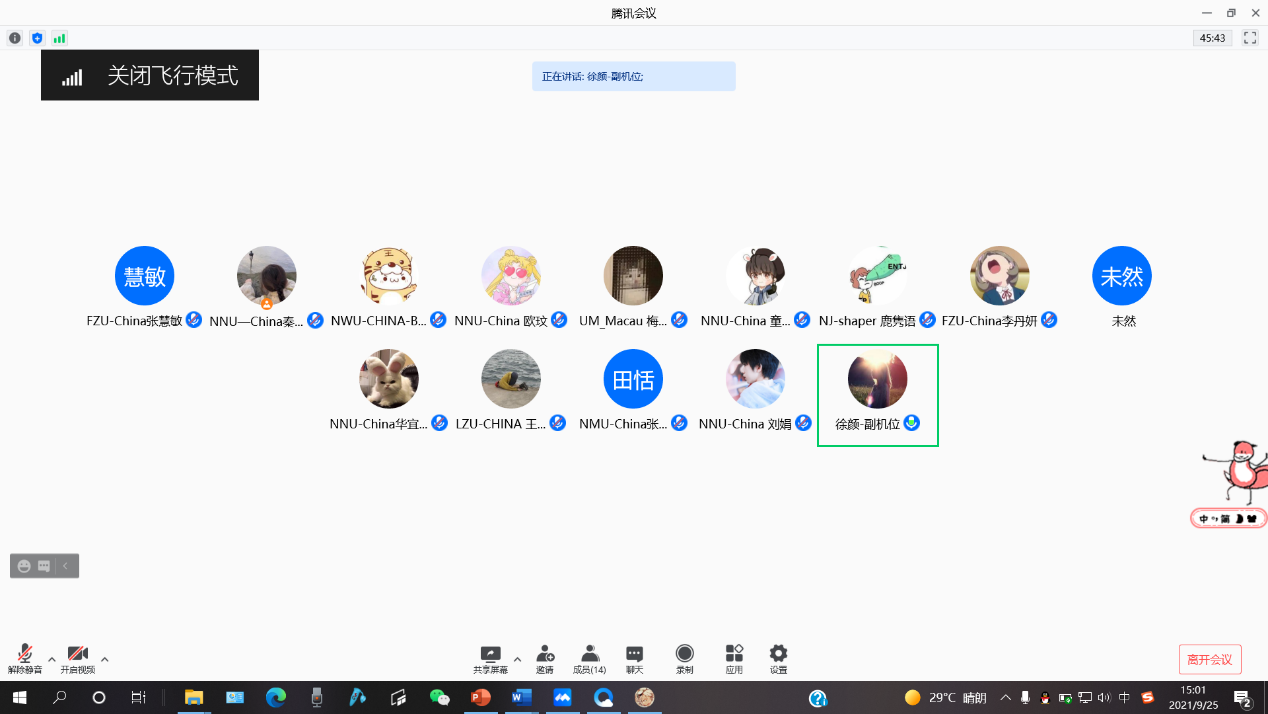 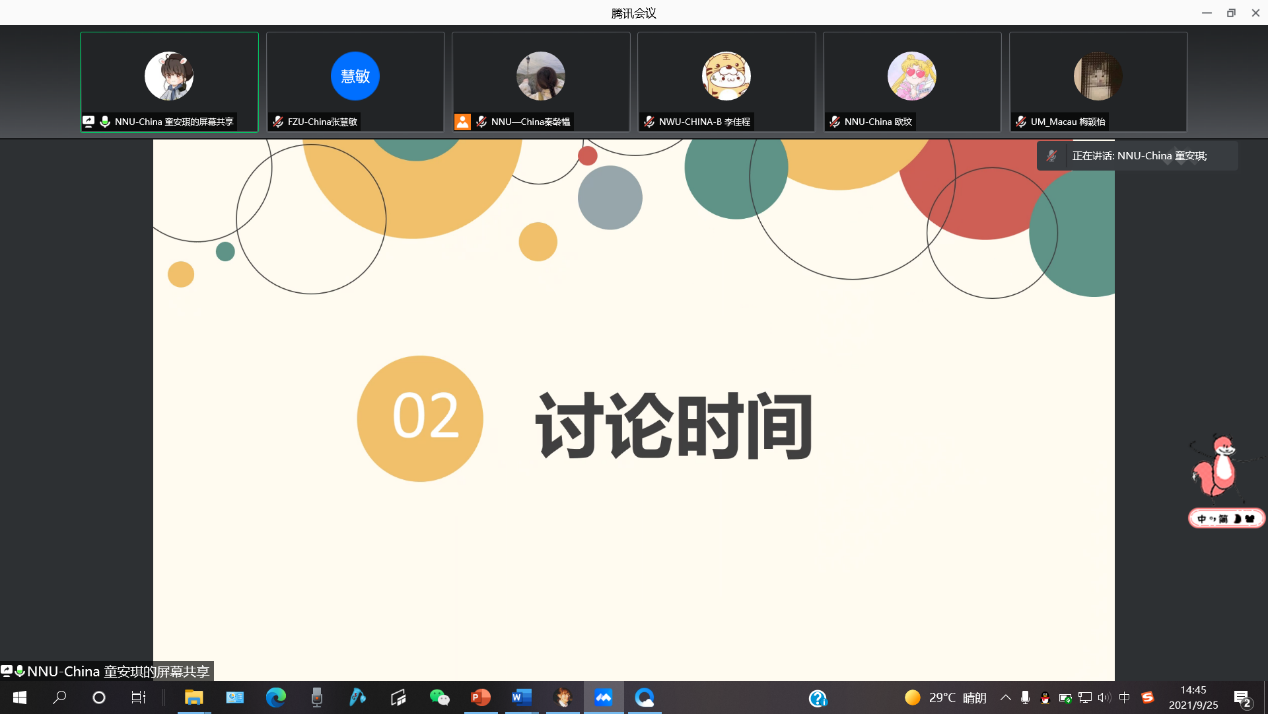 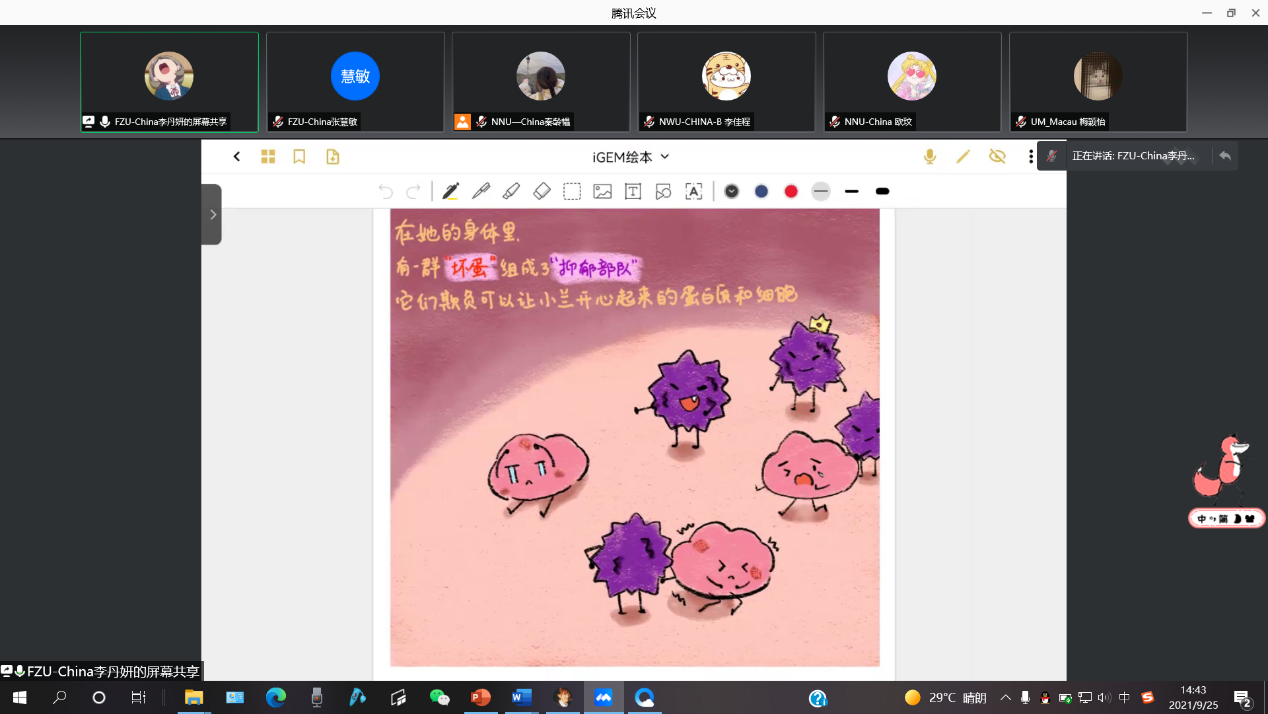 Early September
After CCIC8, the iGEM team NUDT-China got in touch with us. They expressed interest in the optogenetic switch of our circuit. We decided to hold an online meeting on September 5th. Our experimental sub-team would attend the online meeting to learn more about each other’s projects and discuss some experimental issues. September 5th First online meeting
During the meeting, we introduced our team’s project to each other and talked about the problems we encountered. NUDT-China suggested that we should pay attention to blue light toxicity to cells and the differences between in vitro and in vivo experiments. On the other hand, we suggested that it may be useful for them to adjust the wavelength of blue light to see whether they could get better results from their optogenetic switches. We all considered this was a big harvest for our project and kept in touch with each other. 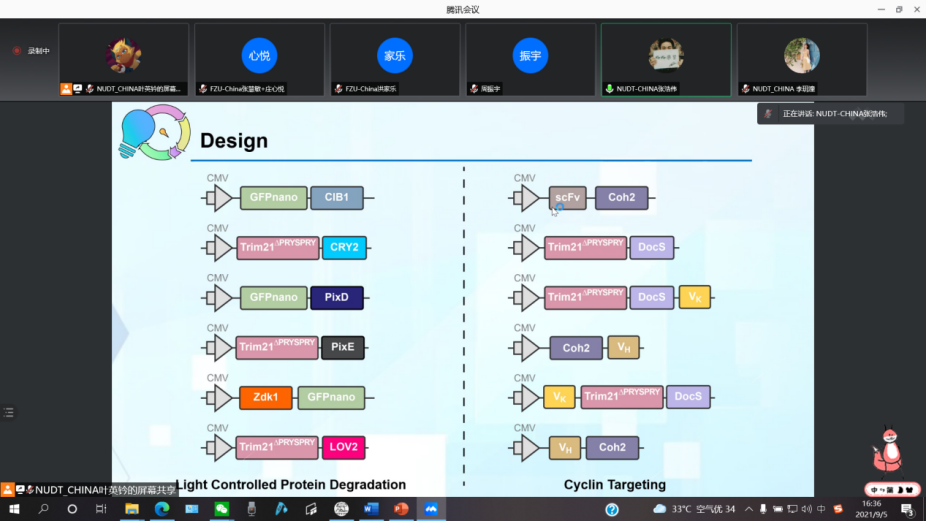 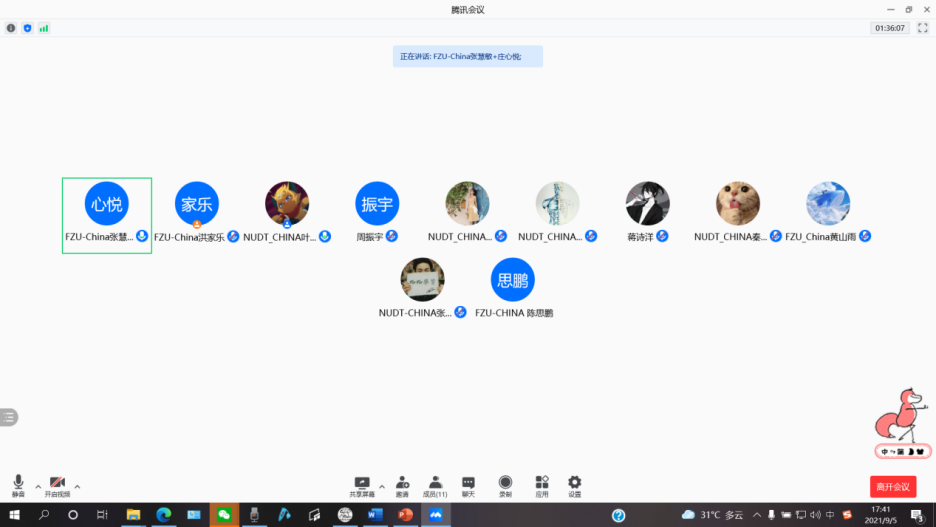 September 10th-- September 20th
At the suggestion of the NNU-China team, our team, the NUDT-China team, and several other teams were involved in the production of a "cell factory" picture book collection. Our art sub-team worked with the art team of the NUDT-China team on the production of our picture books. September 25th-- October 3th
All the teams involved in the production of a "cell factory" picture book collection held an online meeting to discuss the distribution of picture books and the catalog of the picture book collection. Early October
Based on the good development of the first meeting and ongoing communication between NUDT-China and us, we were looking forward to a second online meeting. The HP leaders of both teams planned the schedule of the second meeting, mainly to see if new problems were created after a month of experiments, whether the previous issues were resolved, and to explore in-depth some of the HP and Wiki collaborations. 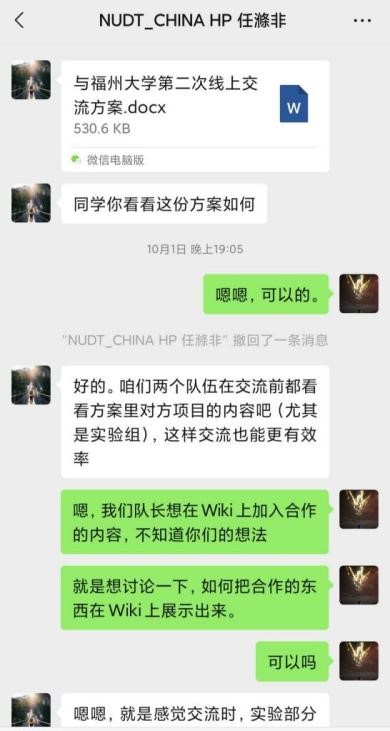 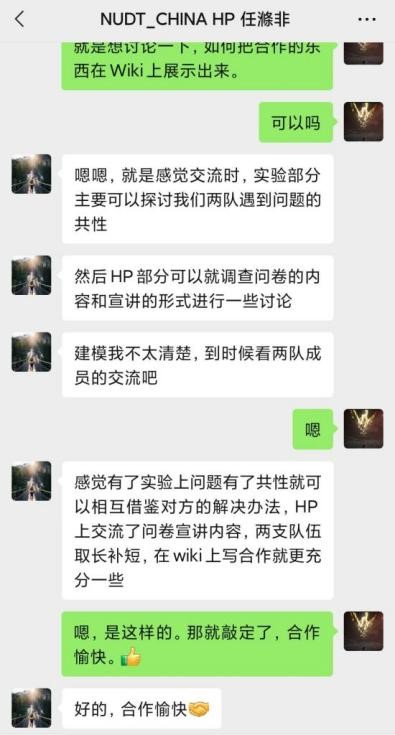 October 4th the second online meeting
In terms of the experiment, we asked that the Opto-Cre-Vvd system showed leaky expression. NUDT-China suggested that the leakage between two loxP sites in the Opto-Cre-Vvd system may be caused by Cre-Vvd aggregation in non-lighting conditions. Because loxP-T-T-loxP is a very sensitive system, as long as a little bit of Cre may lead to terminator cutting. The PCR method can be used to detect the occurrence of aggregation in non-lighting conditions. Based on this result, we can then analyze and optimize the conditions, or try to add a degradation tag to the Opto-Cre-Vvd system. In addition, the two sides decided to introduce our PIs to help solve the problems encountered in each other’s experiments and later in the experts’ interviews to help each other ask some questions. 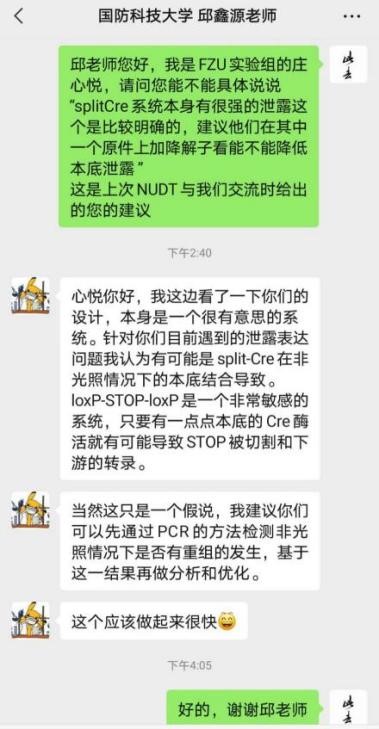 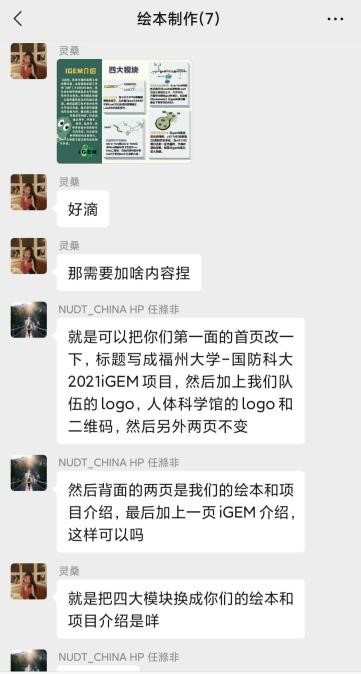 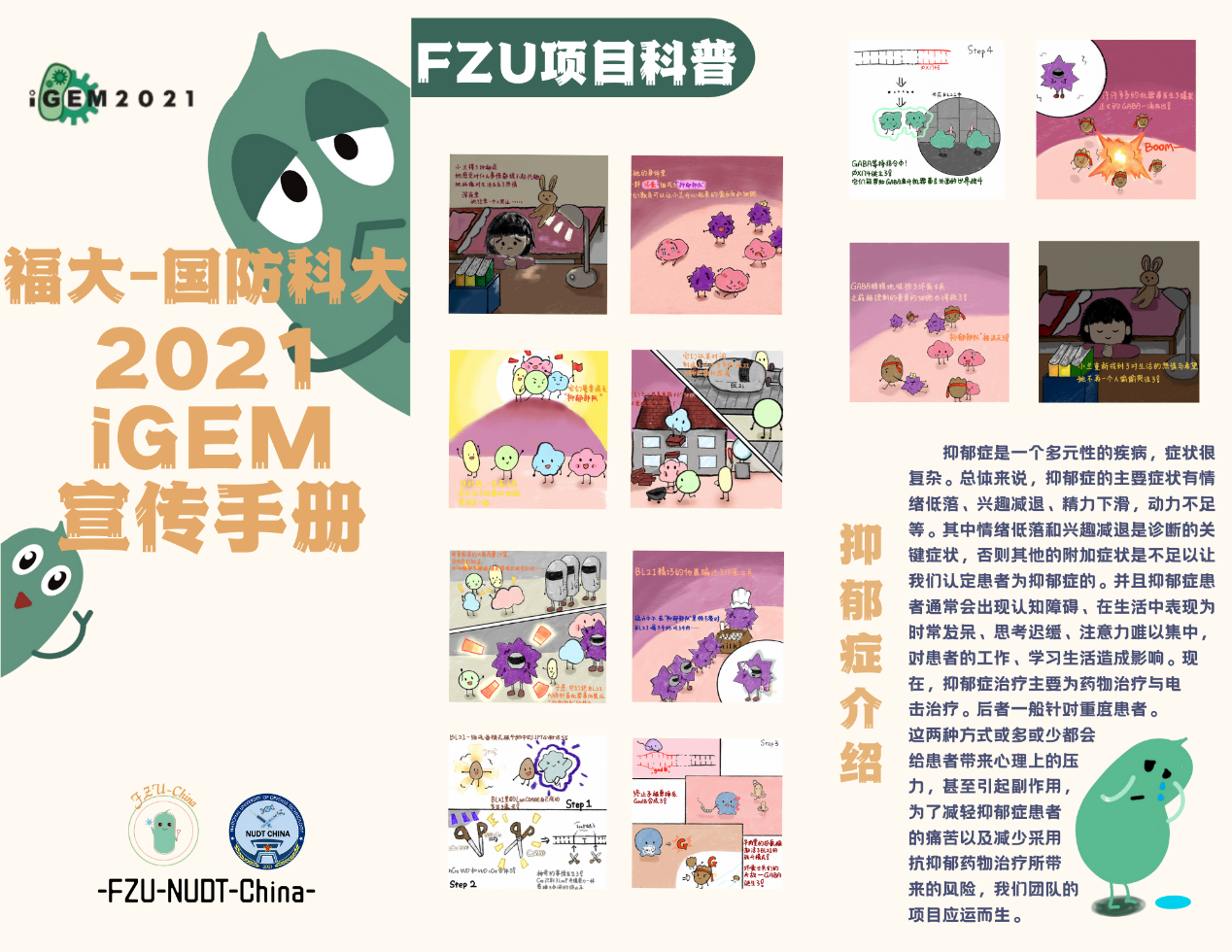 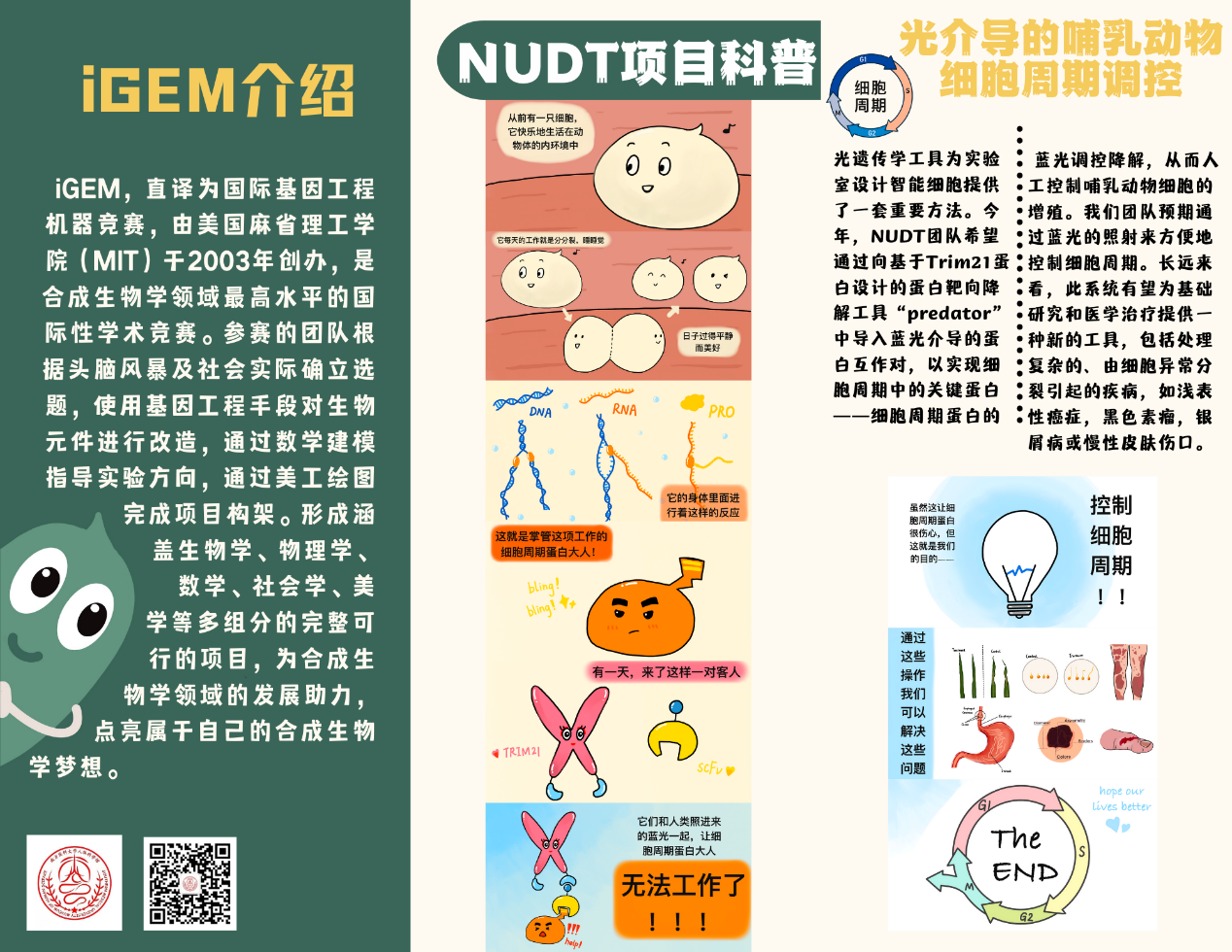 In terms of the wiki, NUDT-China helped us solve some problems with the display of the webpage. 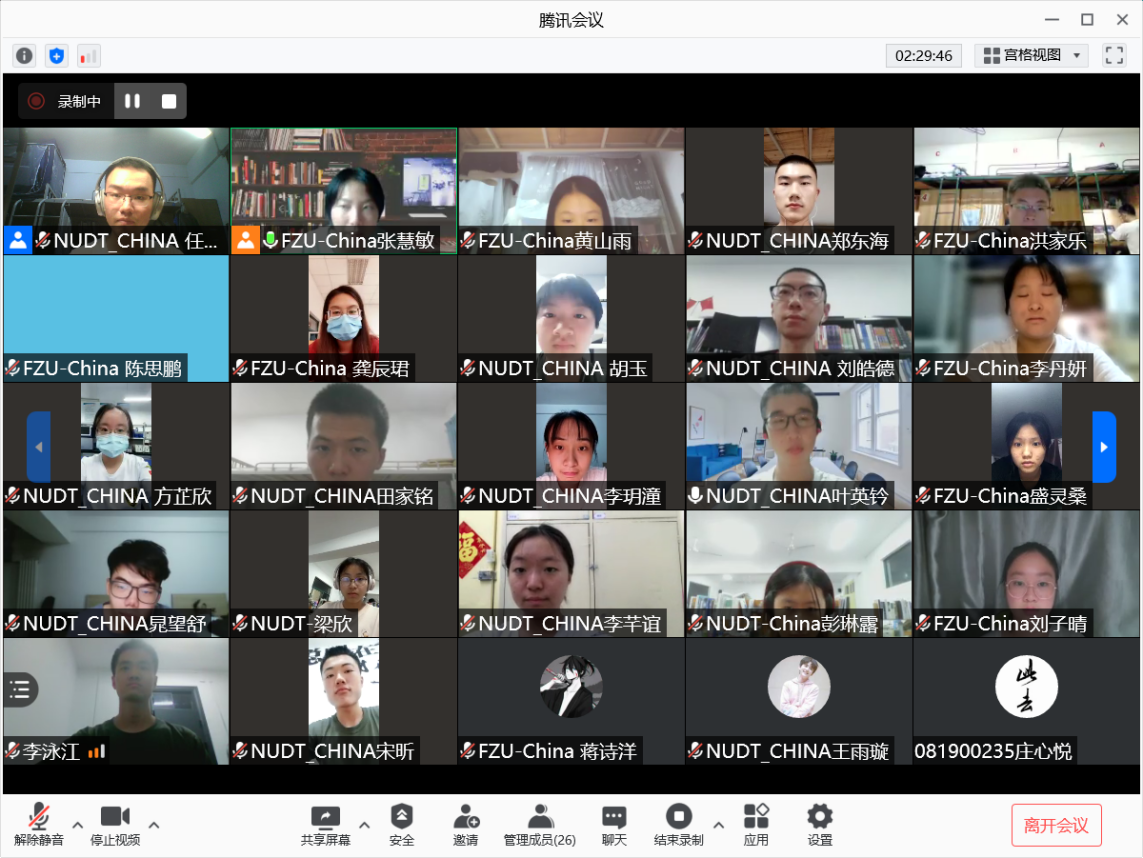