As Helen Keller has said: Alone we can do so little; together we can do so much. Collaboration has been emphasized by the iGEM community for years. Working collaboratively with other iGEM teams, instead of individually, helps improve productivity and makes it easier to brainstorm ideas to solve a shared existing problem. This year, we built a solid partnership with NJU_China 2021, which promoted problem-solving, spurred innovation, and connected both teams to bigger pictures due to geographic differences.

Earlier in May this year, ZJU_China 2021 has made a preliminary design of Viruguard which divided our projects into four parts, namely immune evasion, precise targeting, specific replication, and effective killing which constituted the whole process of virus infection. And this May, NJU_China 2021 held the 2021 Nanjing iGEM association conference themed “endless creation”. Our team participated in and audited the conference, and turned out to find that NJU_China 2021 was working on an exosome RNAi therapy for asthma which had a similar design and logic with our Viruguard. Therefore we were delighted and excited to contact NJU_China and expressed our overwhelming keen on collaborating with NJU for the rest of the year.

After our invitation, we were quite honored to have NJU_China reply to us and we held an online meeting to help team members get to know each other and cultivate a friendly vibe. And during this session, both teams introduced their project in detail to exchange ideas and experience to overcome confusion about design, failure in laboratory work, etc. A working group between two teams was established for further collaboration and communication. 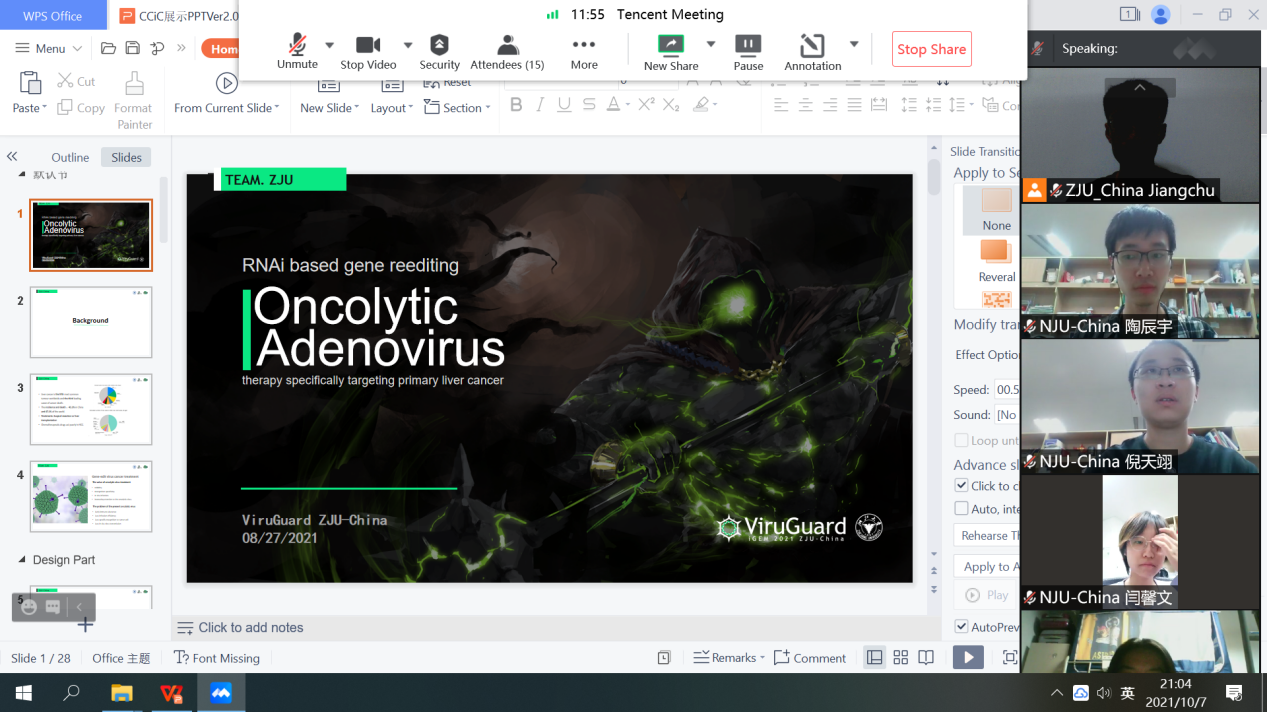 Viruguard conceived by us should possess the efficient killing rate specifically of HCC cells which was hard to realize by conventional methods. We pondered that if we could produce a protein or micro- molecule of cell toxicity under the control of hepatocellular carcinoma specific promoter, and protein or micro-molecule targeting HCC specific loci would be preferred. After critical thinking, knowing that NJU_China were using RNAi to control the fate of bronchial cells, we were inspired and wondering whether we could put RNAi into our Viruguard as well.

Thus, we asked NJU_China about how RNAi functions in asthma cells. Tianyi Ni shared their experiences of design and expected results with us, which convinced us that RNAi was also feasible in HCC cell killing. And after reading several manuscripts and experimental trials, we found that the construction of shRNA plasmid remained to be a problem during which we couldn’t incubate DH5α transformed with CMV/U6-shRNA plasmid. Our members Guanrui and Boyan consulted NJU for the particular procedure on how they constructed the plasmid.

Fig.2 The design of ZJU and NJU which showed similarity in the application of siRNA

For NJU_China, targeting of specific cells has made them in a predicament. And after discussing their dilemma, our team offered to design a target peptide or protein for NJU. Similar to our GPC3-Scfv fusion protein, a small targeting peptide was supposed to be inserted into a certain element in bacteria. Reckoning that unlike viral particles expressing a fused protein on the surface, bacteria secreted exosomes by which NJU_China used to treat asthma, it would be constructive if we could fuse a targeting peptide to exosome surface protein. Thus, we endeavored to build two fusion peptides based on a surface protein called Lamb2 and predicted the structure of RGD-Lamb2b, CKLF1C19-Lamb2b to ascertain possible functions the peptide will play. We have received special appreciation from NJU_China and hopefully, our effort will be applied to their final product.

With abundant functions Viruguard was endowed with, the modeling of Viruguard became quite complicated. And we discovered that NJU_China was doing similar work with us. NJU this year recommended an article to us which contained a well-established kinetics model of RNAi.1 And after building our integrated model, our two teams shared parameters we have found on a collective cloud platform which made the prediction of kinetics much easier for both.

May 4, 2021, is the 23rd World Asthma Day, and the theme of it is " Uncovering Asthma Misconceptions." Thinking of the project of NJU-China, we offered to carry out a publicity collaboration and education activity to improve the public cognition of asthma. We helped NJU to design the poster and brochure for public education and delivered it to patients in the respiratory ward of the affiliated hospital of ZJU and those in the respiratory disease community. Meanwhile, we also helped to carry out a speech-themed "As the Asthmor" on our campus. We received 28 replies and feedback during our activity from our audiences, the questionnaire was provided by NJU_China, and the replies were sent back to NJU_China. We hoped that with our joint effort in asthma promotion, more asthma patients and those susceptible could be treated and cured in time.

This year, ZJU_China and NJU_China have built a “solid coalition” that encouraged team members of both to work towards one goal most efficiently and sustainably. Proceeding from the common enthusiasm to synthetic biology, our two teams were fully engaged in this partnership, settled all kinds of issues and disputes we came across, and established shared values including commitment, concern, and respect to others. Collaboration with NJU not only improved our problem-solving and productivity but also enhanced interpersonal relationships between two teams and helped our members to see the bigger picture of the project we were working on. We hope that both teams can make a hit in the end. And finally, we would like to give our special gratitude to NJU_China 2021. 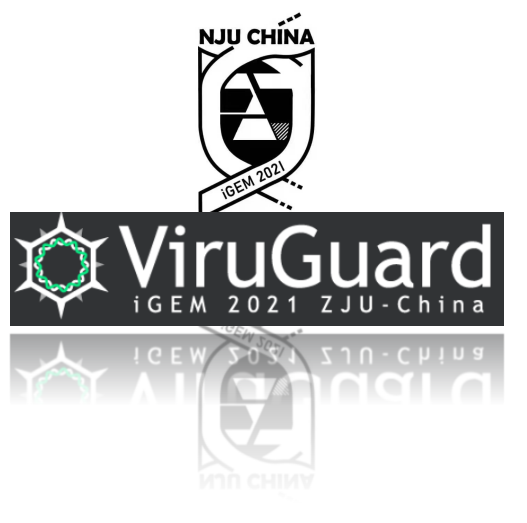