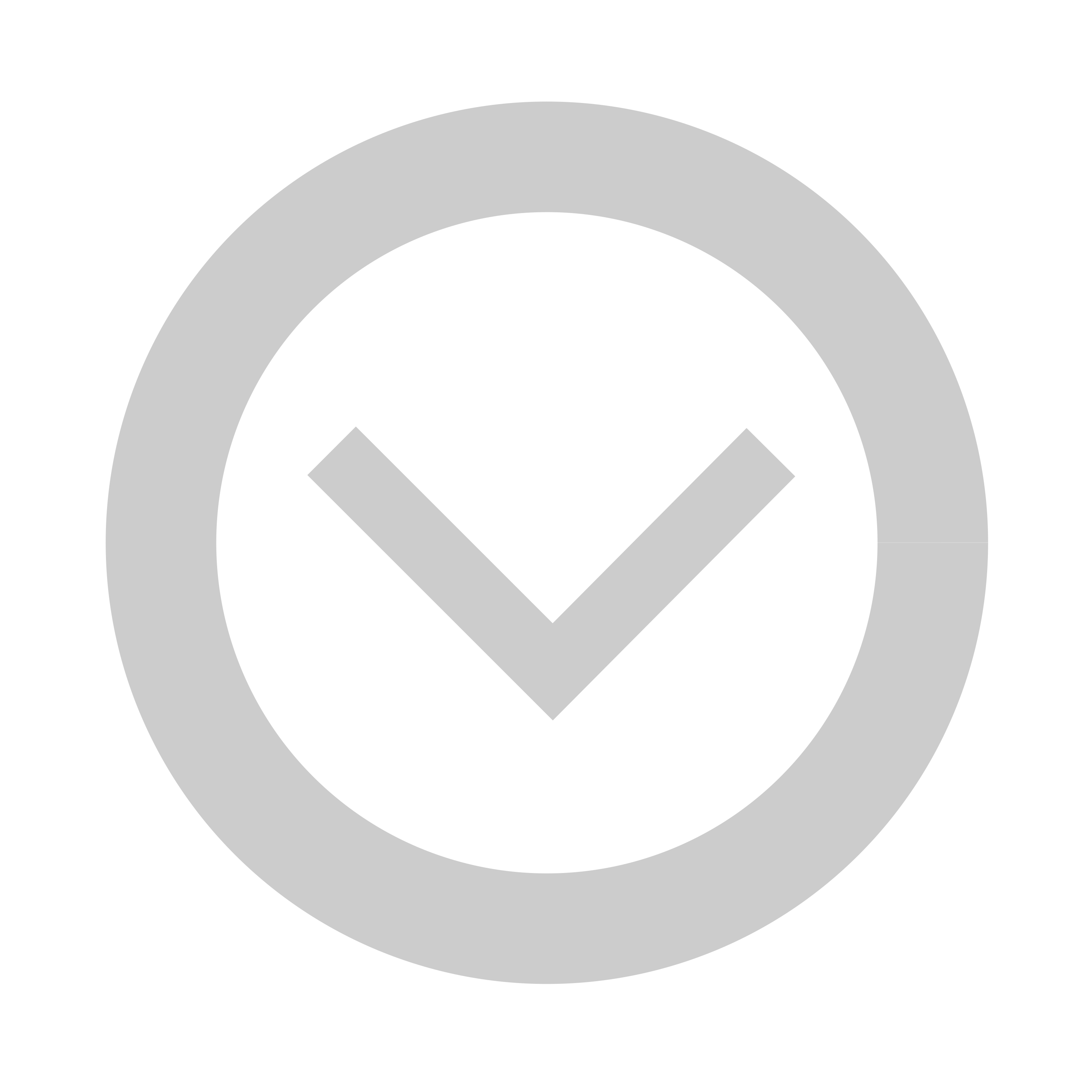 This year we wanted to make a difference in the lives of people with pancreatic cancer by implementing "METIS"; a MicroRNA Expression Toehold Investigation System. To make METIS a reality, we first had to prove that our method works. To do so, we conducted experiments to validate both our toehold switches and our Isothermal Amplification method. In this context, we divided our wet-lab experiments into 3 categories: the Cloning Segment, the Toehold Sector, and the EXPAR Procedure. In the following text, you can see our results that we can surely say are not only encouraging but rewarding, too.

For more information about the experiments we conducted, you can check our "Experiments" page and our "Wet Lab Notebook" page. You can also check out our "Engineering" page to see how we designed our experiments as a whole.

After designing and ordering our parts, we immediately started the cloning procedure. You can find more information about our protocols and experiments on the following pages:

Initially, we tried to clone our 16 sequences with the Biobrick Assembly method. Unfortunately, our efforts were for naught since we were not able to clone our parts using this technique. We constantly received empty plates, so we decided to troubleshoot. In the end, we chose a different technique and we succeeded in cloning 15 of 16 of our toeholds using PCR Cloning.

In the following photographs, you can see the results of the diagnostic restrictions electrophoresis:

Specifically, the coding system for our toeholds is the following (Table 1):

In some cases, we digested the plasmids only with one enzyme, because the amount of the second enzyme was insufficient. In the pictures that correspond to these experiments, we can see that the size of some of the linearized plasmids is between 3-4 kb, which is the desired size. This means that the plasmid contains the insert and, hence, the cloning was successful (Figure 1, Figure 2, Figure 3, and Figure 4).

In the rest of the experiments, we used both of the two enzymes and in the corresponding pictures, you can see a band approximately at 1 kb. This is the size of the desired insert and we can conclude that the cloning procedure was successful (Figure 5, Figure 6, and Figure 7).

Our cloning results are summarized in Table 2, where you can see the name of the sample and its concentration.

Since we received our toehold switches, we began to work towards the in vitro protein synthesis assay. These experiments are the main part of our project and are critical for the implementation of our detection technology to ensure that our system functions properly. For our experiments, we used a cell-free system, and especially, we used the commercial PURExpress kit from New England Biolabs (NEB), (ΝΕΒ #Ε8600) which is highly purified and reliable for our proof of concept experiments. The highlights of these experiments are analyzed below.

~Testing our toeholds with the cell-free system

After the dry lab had designed from scratch 16 toehold switches (4 for hsa-miR-143-3p, 4 for hsa-miR-1246, and 8 for hsa-miR-30e-5p), the wet lab had to test their functionality. The key to functionality was the miRNA mimics (Thermofisher - mirVana® miRNA mimic #4464066) and eGFP (enhanced Green Fluorescent Protein). To test our toeholds, we used miRNA mimics and not urine from patients, because biological samples can be dangerous and difficult to handle. Moreover, in the urine, a lot of different microRNAs are present that could affect our results. So, before going into further detail, we first had to ensure that our toeholds work properly. For our experiments, we used the fluorescence plate reader “GloMax-Multi Detection System” for measuring the excitation at 488 nm and emission at 507 nm.

First, we wanted to ensure that our system functions properly and check whether there is a leakage signal. To do so, we used the PURExpress Protein Synthesis kit (ΝΕΒ #Ε6800). On the wells of the plate, we loaded:

The reagents used in the experiments are in Table 3:

It is worth mentioning that due to a problem with the miRNA-1246 and the company from which we bought it, we had to postpone those experiments. Unfortunately, when we were able to use the right miRNA, our fluorescent plate reader had a problem and we had to replace it with another one. Thus, the measurements are not similar.

For our proof of concept, we checked the sensitivity of our system by quantifying the fluorescence produced by eGFP when different quantities of each miR are used. To achieve this, we executed experiments in black 96-well-plates (Greiner #655077) and used the plate reader “GloMax-Multi Detection System”, measuring the excitation at 488 nm and emission at 507 nm. We tested the same quantity of toehold switches with different quantities of each miR from 1 nM to 1 uM in different wells. As a negative control, we used in a well only the reagents of PURExpress “In vitro Protein Synthesis Kit” (NEB #6800) and in another well the reagents with the toehold switch in the absence of miR. For all the experimental procedures, we used miRNA mimics (Thermofisher - mirVana® miRNA mimic #4464066) which are complementary to each toehold switch. The reagents used in the experiments are in Table 4.

In the urine of both healthy individuals and patients with PDAC, miRNAs are in very low concentration. Thus, to increase the sensitivity of our method, we had to use an amplification technique to amplify the miRNAs we want to detect. The technique we chose to use is EXPAR an isothermal amplification method and our results concerning this part were very encouraging and promising, although, due to the lack of time, more needs to be done.

Firstly, we used an EXPAR protocol that amplifies our microRNAs at 65 ℃(you can find more information on our Experiments Page).


The results were very good and as both the Amplification Plot and the Gel Electrophoresis indicated that all of our microRNAs were amplified and their concentration increased up to x10^2 (negative control signal is max ~10,000 –Figure 15– while at the end of the method the signal of the rest samples is ~1,000,000 –Figure 14–).

Although our EXPAR protocol at 65 ℃ can be considered successful, we chose not to be our final amplification method. The reactions of our cell-free system should be conducted at 37 ℃ and if the amplification happens at 65 ℃ there will be a need for expensive equipment, that could reduce and increase the temperature at an instant, such as a PCR machine. We wanted our method to be inexpensive and thus we chose to proceed with the EXPAR protocol at 37 ℃.

The results of the EXPAR protocol at 37 ℃ weren’t that good as the results at 65 ℃, but they were still promising as the concentration of our microRNAs increased up to x10 based on the SYBR Green I signal (negative control signal is max ~1,000 –Figure 17– while at the end of the method the signal of the rest samples is ~10,000 –Figure 16–).


Although, the results of the EXPAR – DNA Protocol at 37 ℃ were promising the final product of the amplification was DNA, but our toeholds are designed to detect RNA and not DNA. So we decided to change our protocol a little bit and to design new Template DNA sequences so that the final product of the amplification method to be RNA instead of DNA. In Figure 18, there is the final form of the Template DNA for the so-called EXPAR – RNA Protocol at 37 ℃.


We ordered the three parts separately and to achieve the final form, we had to use the Primer Ligation with T4 Protocol. You can find more information on our Experiments Page:

More specifically, we wanted to ligate the dsDNA (composed from the up-and-down- template) with the ssDNA (main template). The first experiments with T4 ligase were a total disaster. But when we choose to use a new T4 Ligase Buffer for our experiments and when we increased the incubation time, we got satisfactory results (Figure 19). T4 ligase buffer contains ATP which is necessary for the T4 ligase and is very sensitive to temperature and repeated freeze-thaw cycles affect the stability of ATP according to NEB [1]. Probably, in our first buffer, the ATP was damaged and the T4 ligase did not work properly.


After the successful ligation, we proceeded with the EXPAR – RNA Protocol at 37 ℃. Once again our first attempt was a total disaster (Figure 20) and no amplification happened, as the very high signal of the negative controls indicates.


We thought that the above-mentioned disaster was due to the high concentration of Mg2+ that was used. As shown in Table 5, all the buffers used contain Mg2+. Mg2+ is necessary for the enzymes to work, but a very high concentration can lead to the inhibition of the reaction, too [2].


First, we thought that we should reduce the number of buffers used, to reduce the total Mg2+ concentration of the reaction. While in all buffers there are common components, there are different components, too, so we decided not to remove any of them from the reaction but to reduce a little the quantity of most of them in both EXPAR – RNA and DNA Protocol at 37 ℃.

After the above-mentioned changes, both of the Protocols worked better (Figure 21). The EXPAR – DNA Protocol showed less signal in the negative controls (Figure 21. A) while in EXPAR – RNA Protocol the concentration of the microRNAs increased up to x10-10^2 based on the SYBR Green I signal (negative control signal is max ~1,000, while at the end of the method the signal of the rest of the samples is >10,000 –Figure 21. B–).


After the promising results of the amplification protocols, we had to test the amplification products with the best of our toehold switches. The results were very good and confirmed the results from the amplification plots (Table 6). Once again, miR-1246 had the best results; signal from EXPAR-DNA miR sample: 130 vs signal from EXPAR-DNA negative control: 100. Specifically, in EXPAR-DNA products the miR-1246 concentration increased from 10 nM to probably more than 400 nM, indicating more than x10 amplification. As expected, in EXPAR-RNA, miR-30e and miR-1246 showed the best results; 150 with miR-30e vs 110 without and 190 with miR-1246 vs 160 without, respectively. But, unfortunately, we can’t confirm the exact increase.


In contrast with our theoretical model, the insertion of the 5 extra nucleotides did not exhibit better fluorescence results.


In all cases, the negative controls from EXPAR had higher fluorescence signals than the positive controls. This is due to the presence of SYBR Green I in the EXPAR samples. SYBR Green I was used for quantifying the EXPAR results in the qPCR device and helped to see if the method works as expected. In the final reaction, the EXPAR will be done in the absence of SYBR Green I, because the final quantification will be done by the toehold switches and thus it will not affect the final results. Nevertheless, more experiments are needed before this to standardize our method.


As shown in Figure 23, in the products of EXPAR – DNA Protocol at 65 ℃, there are a lot of by-products, as the lower band of each well indicates. But this should not be a problem, because the final quantification will be done by the toehold switches which are very specific for the microRNAs and should not detect the by-products of the reaction. On the contrary, SYBR Green I is not specific and is binding to every dsDNA [5].

For the EXPAR – DNA Protocol at 37 ℃, in the gel electrophoresis, there were no bands in the wells that the products were loaded. During the gel preparation, due to the high agarose concentration (4%) and the fact that we didn’t use low melting temperature agarose, the lower wells were damaged and probably the samples weren’t loaded in the wells properly.

For the final EXPAR – DNA and RNA Protocol at 37 ℃, the gel electrophoresis results are shown in Figure 24, which confirms partially the amplification plot results. The amplification of the microRNAs is easily seen in Figure 24. c, in the form of the lower band of each well. In the negative controls, there were by-products, too. A polyacrylamide gel electrophoresis (PAGE) should be conducted for safer results.