During the 1940s, Vieques, an island municipality of Puerto Rico was used by the U.S. Navy as a military training site. Where two-thirds of the island was used for military exercises, as testing of live ammunitions (Quintero, 2008). This military test area was active for more than six decades by the military, where testing was open on an average of 180 days per year (AJPH, 2001). While being conducted from eight miles away from 9,000 up to 14,000 inhabitants of Vieques population (Sanderson et al., 2017). It wasn’t until 2003 that the U.S. Navy ceased military activities and left, yet already by 2005, the United States Environmental Protection Agency listed Vieques bombing range on the National Priority List of the most hazardous waste sites in the US (also referred to as a "Superfund" site) (Davis et al., 2007).

Even after, the contamination left behind due to the military exercises has been a disturbance to the ecosystem and its biodiversity. Such as soil contaminated with heavy metals producing excessive levels of trace elements in edible plants cultivated in Vieques near the Atlantic Fleet Weapons Training Facility, which may have been, due to military exercises (Massol-Deyá, and Díaz, 2003). As well affecting the marine ecosystem in particular the water and flesh of many living organisms nearby reef sites presenting the presence of explosive residues in these organisms (Porter et al., 2011). After the analysis of possibly hazardous chemicals on drinking water, two carcinogenic substances, RDX and TNT, were found in high concentrations in several freshwater sources at Vieques (Quintero, 2008).

Currently, regarding human health risks is that exposure is not under control, referring that contamination has been identified in a site at unsafe levels, and it is reasonable to expect that some inhabitants may have been exposed to such contamination (Sanderson et al., 2017). To understand the distribution of the explosive residues to civilian exposure, Figure 1. illustrates the pathway from the explosion test area towards the inhabitants in the civilian area (obtained from Sanderson et al., 2017). In the aspect of the cleanup operations, the Navy focused on land-based high amounts of unexploded ordnance (UXO) removal and recently expanded to address UXO in freshwater, and marine environments, including the restriction of access to the contaminated lands, and removal of bombs by open-air denotation (McCaffrey, 2018). The main problem is with the open-air detonation practice, resulting in the uncontrolled release of toxic contaminants to the environment, which only aggravates the problem of previously deposited contaminants within the environment. 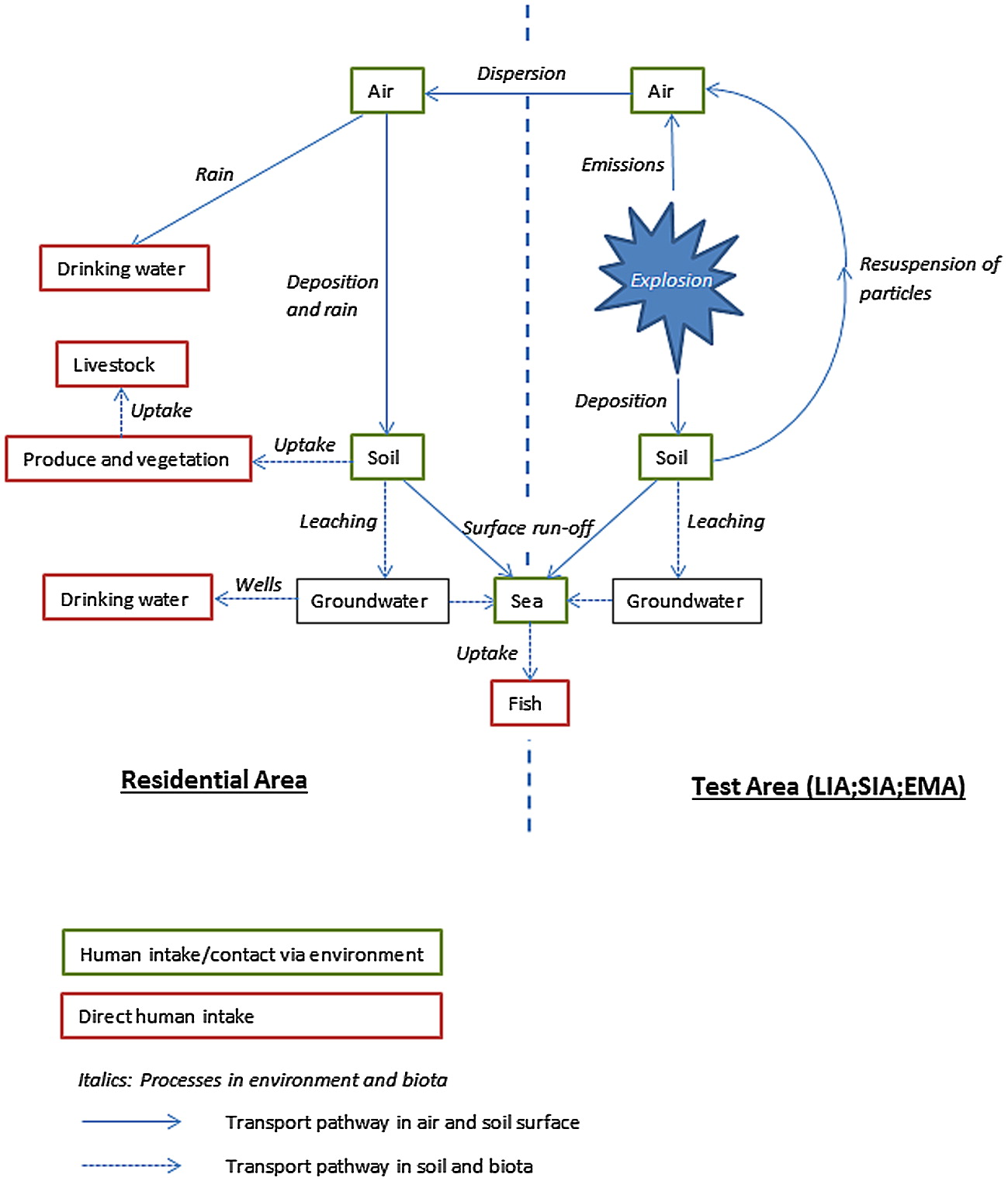 Figure 1. Pathway from the explosion test area towards the inhabitants in the civilian area (obtained from Sanderson et al., 2017)

RDX or Hexahydro-1,3,5-trinitro1,3,5-triazine, also referred to as Royal Demolition Explosive or as cyclonite, is a synthetic white crystalline solid used with other ingredients in explosives (EPA, 2021). In which the high explosives synthesize, is mostly composed of a combination of TNT, RDX, and aluminum powder, which usually constitute approximately 95% of the total amount of the filler used (Sanderson et al., 2017). There is suggestive evidence that RDX demonstrates carcinogenic potential specifically in the liver and lungs via oral exposure as well as affects the nervous system and causes seizures, nausea, and vomiting (EPA, 2021). It has become an extensive global pollutant, and the demand for military explosives means that RDX will continue to be manufactured and used for the foreseeable future (Rylott et al., 2011). In relation to its environmental effects, RDX has shown migration towards groundwater due to low adsorption of soil, affecting groundwater, as well as open waters (Clausen, 2006).

In addition, RDX has a slow degradation rate in water and can bioaccumulate in plants, including aquatic vegetative specimens (Clausen, 2006). In the case of Vieques, an estimated carcinogenic munition by-product RDX of about 907,025kg was released onto Vieques during the period of 1947–1999 (Sanderson et al., 2017). However, with dispersed contamination within Vieques, the main reason for working on the Anones Lagoon is due to being the most impacted site from the military exercises as well of being located in the center of the former Atlantic Fleet Weapons Training Facilities (Massol-Deyá, and Díaz, 2003; Dávila-Santiago, et al., 2018). Moreover, this lagoon is directly connected to the Caribbean Sea, meaning the water’s current can possibly carry and spread the contaminants to open water. Our project gives a possible solution as well as an implementation toward the restoration of the environment for the treatment of this lagoon through the designing and contribution of a biological genetic circuit able to detect and biodegrade RDX.

The proposed chassis for future implementation is Pseudomonas putida. It is considered one of the most versatile bacterial strains since it possesses several distinctive characteristics that are required in order to create a viable prototype. This bacterium is Gram-negative and aerobic, requiring oxygen for its metabolism. These saprotrophic bacteria are rod-shaped and measure between 0.5 and 0.8μm. A favorable element that this bacterium provides is the many plasmids it contains, which is a great attribute to apply in synthetic biology mechanisms. It also has the ability to emit green fluorescent pigments (Becerra-Mejía, 2007)

In order to survive, P. putida requires a temperature between 25-30°C and a neutral pH of 6-8. It is important to highlight that this bacterium can be considered a human pathogen; however, it’s naturally found in soil and is non-pathogenic to plants or animals. Another significant characteristic is the tolerance to environments with metal contamination and the ability to increase resistance to heat and saline stressors through its filamentous phenotype. These characteristics make this organism of great interest for bioremediation and serve as a biosensor for the detection of a variety of pollutants, which we found to be a determining factor in order to apply it to our genetic construct that focuses on the detection and biodegradation of contaminants such as RDX. (Becerra-Mejía, 2007) 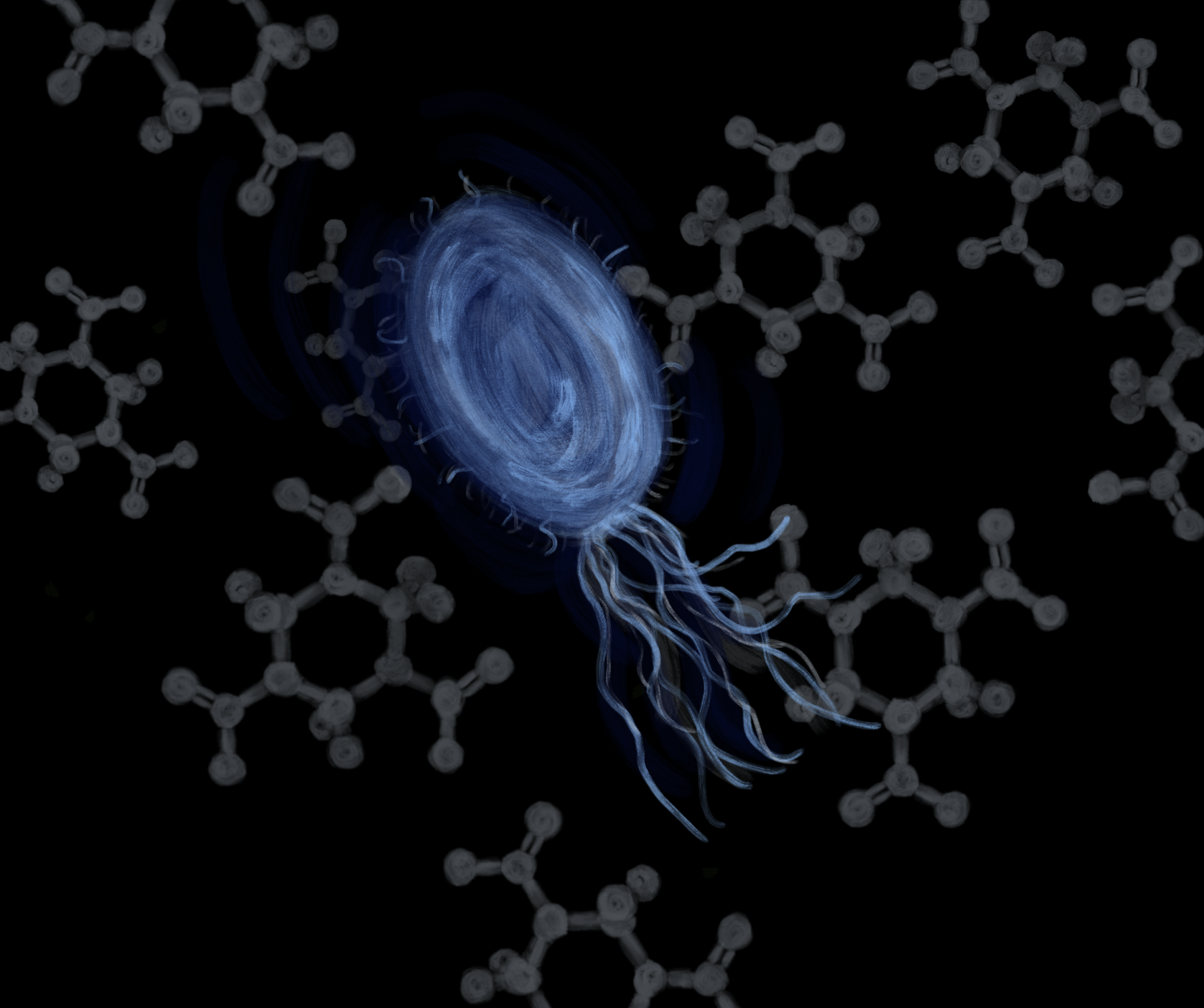 Synthetic Biology has helped provide many solutions for a wide variety of the world's current environmental problems. We propose to implement the use of this emergent field to mediate contamination caused by military practices in Anones Lagoon in Vieques, Puerto Rico. Our project, R-DetoX, focuses on the biodegradation of the organic explosive compound RDX to remove this pollutant in the Anones Lagoon. To achieve this, our prototype consists of a constructed bacterium P. putida that will be contained within a bioreactor. In order to provide a reliable solution to the environmental crisis in Vieques, we designed a chassis with its respective genetic circuit and devices that can biodegrade RDX present in the Anones lagoon.

The RDX system is composed of three genetic devices, each with a specific function: detection of the presence of RDX in an aquatic environment and the biodegradation of RDX into lesser toxic molecules. Well known for its reliability, we chose E. coli as the model organism for our system as our initial prototype, for more information about the prototype in our Design page.

Meanwhile, our proposed stirred batch bioreactor system shall work as a water filter device that will draw limited amounts of contaminated water into the vessel containing our cloned bacteria so that it can fulfill the biodegradation process. Eventually, the water will leave the bioreactor and be stored someone else so that it can go through additional water treatment protocols. For more details on our concept, visit our Hardware page. 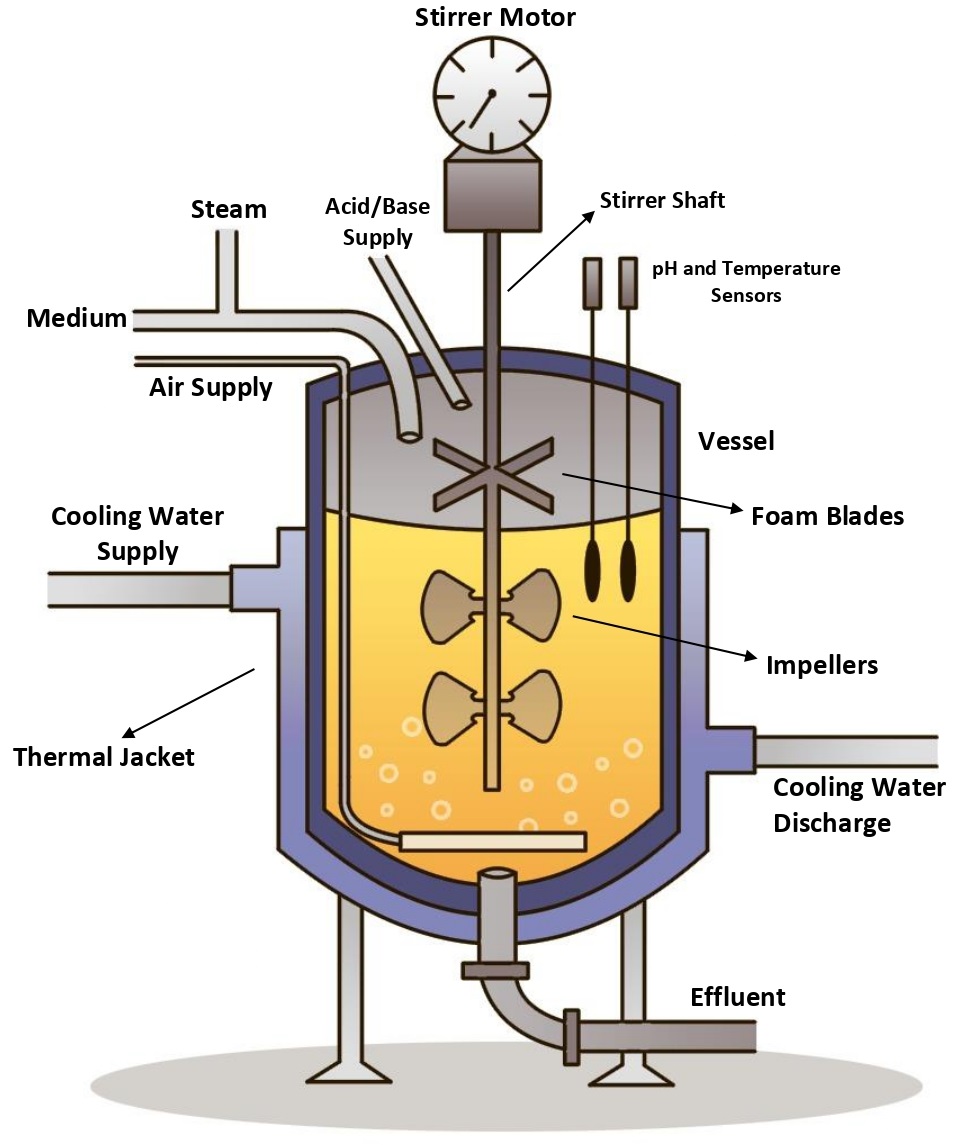 Figure 2. Diagram of our proposed Stirred Batch Bioreactor System which will permit the biodegradation of RDX using our genetically modified bacteria.