Arriving at the end of their iGEM project, teams accumulated a lot of images, videos, graphs and others. Most of this content is intended to be posted on the wikis. Therefore, people have to enter the igem server and go to the specific page related to document upload. This page is where team members can store their files in iGEM server so that it can be displayed on their wiki, which is hosted by this last server.
The uploading phase is necessary but very repetitive as well. In order to make this process less time-consuming, we had the idea of implementing a python script to do this for you. The package selenium was used for that purpose. The resulting code is able to automatically upload all the files in the iGEM server and save their path into a spreadsheet so that it’s easily accessible. The code has been posted on our GitHub to be available for future iGEM teams. You can check this here.

When performing Golden Gate Assembly using the Beckman Coulter machine, we ran into this frankly inconvenient problem: there are no PCR plates available on the market which are compatible with both the Echo machine, and the thermal cyclers available in our lab (BioRad T100 Thermal Cycler). As this specific thermal cycler cannot be used with skirted plates and the Echo machine can only take skirted plates, our first attempts required removing the skirt of the plate using a cutter which is time consuming, potentially harmful and makes the plate unusable for future experiments. We decided to create a simple 3D printed piece as an adaptor for low-profile non-skirted PCR plates. The adaptor can be easily placed around the PCR plate for it to be compatible with the Echo machine. It can be removed as easily to place the PCR plate in the thermal cycler.
The 3D design files and all required documentation for the printing of the piece are available on GitHub.
You can check this here. 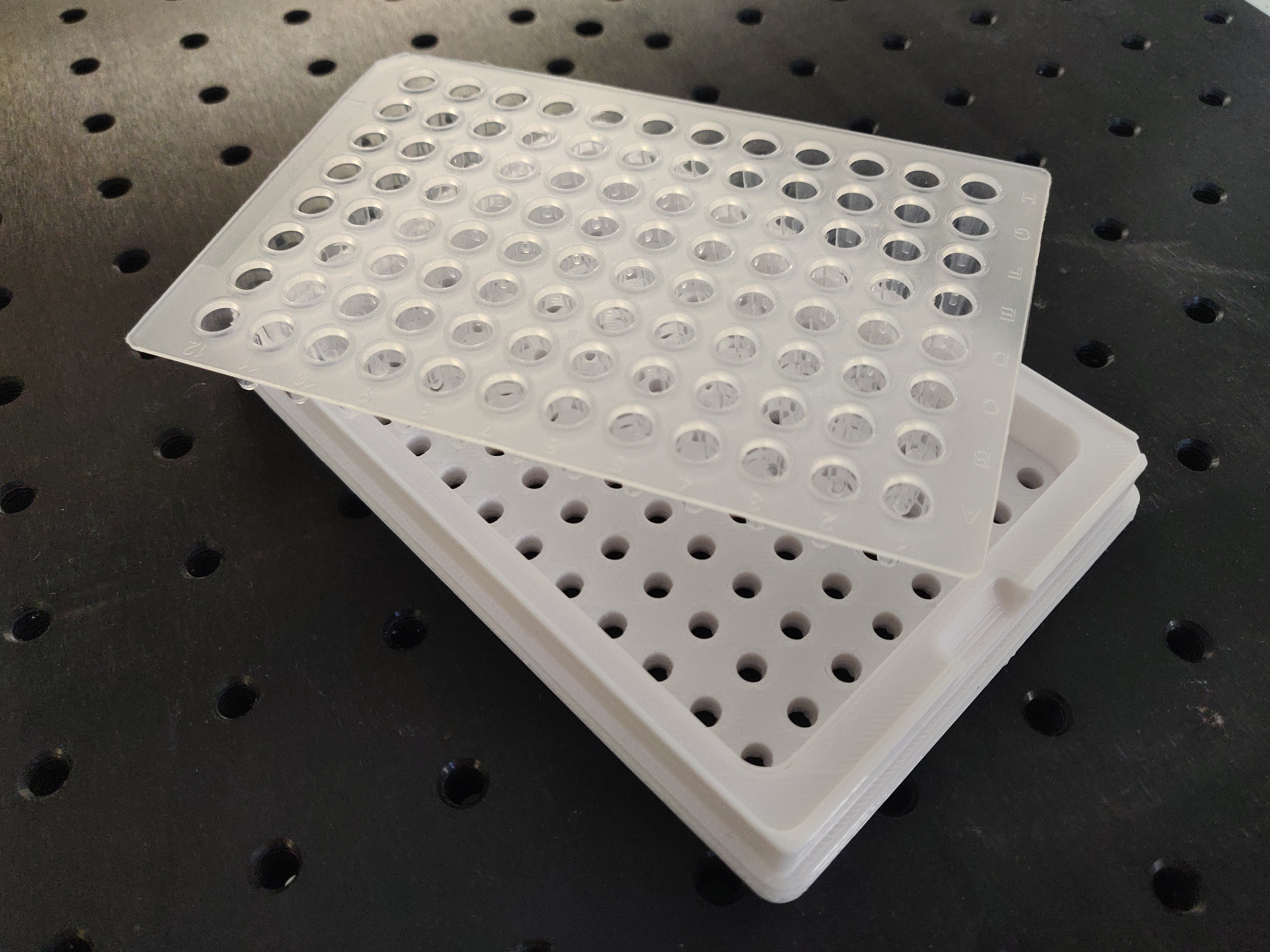 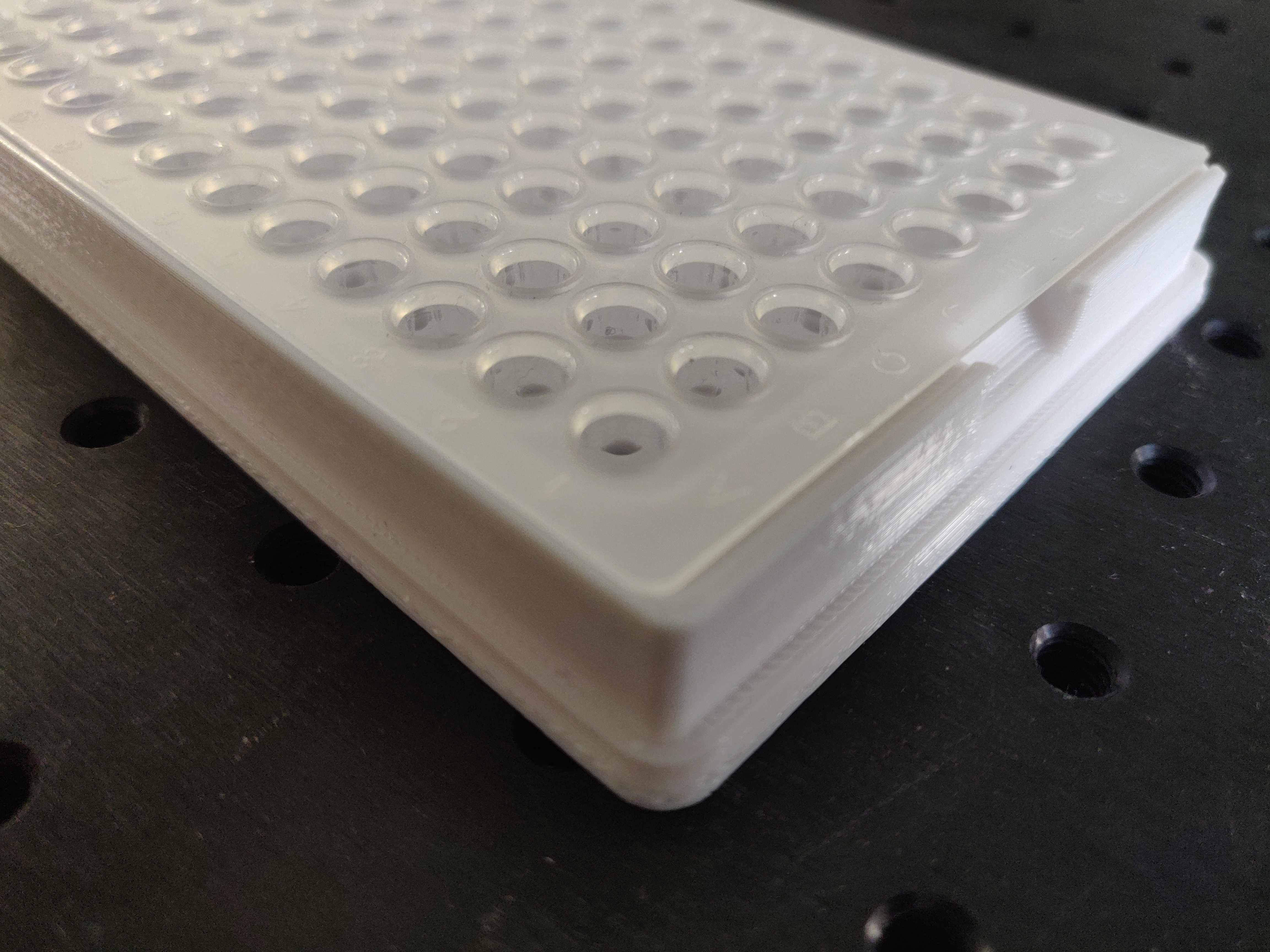 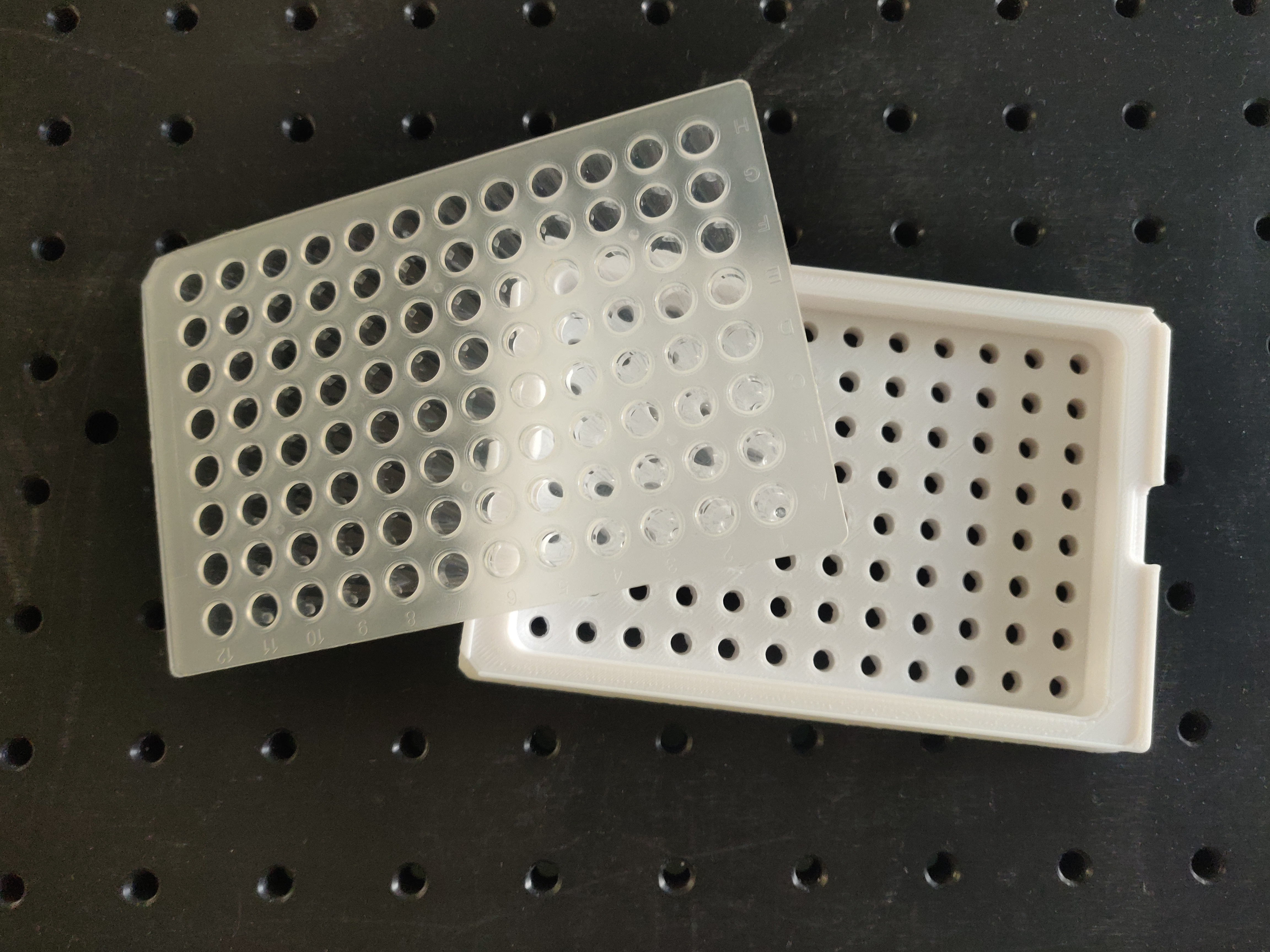 In the context of the current ecological and socio-economical crisis, enabling locally produced chemicals is necessary. Decentralized bio-production of chemicals poses many problems related to bio-safety, sustainability and cost. As minicells lack chromosomal DNA, they are unable to replicate while remaining capable of bio-synthesis. However, working with minicells remains a challenge as it involves many steps, tools and highly trained technicians. To tackle this issue, we propose to automate this process in an affordable bioreactor that does not require the use of chemicals to separate minicells from mother-cells. Here, our implementation of a kill switch strategy based on hardware-synthetic-biology synergies allows for automated triggering of phages-induced cell lysis. To the best of our knowledge, this is the first implementation of a bacteriophage-based strategy for the purification of minicells. By producing this work, we hope to democratize hardware specific to minicells and to enable its usages across disciplines.

Learn more about our hardware design and what it can do in our Hardware page.

We used, troubleshooted and optimized many protocols during while creating this project. All of them can be found on our protocols page.

We also created a small QA for performing Golden Gate assembly with an Echo machine. This could be helpful when implementing your own reactions in your lab.