We constructed three basic expression plasmids to produce Tyrian Purple.(Click here to know more). After transferring them into E.coli BL21(DE3), we measured the growth curves of each strain (Fig 1. a,b,c). 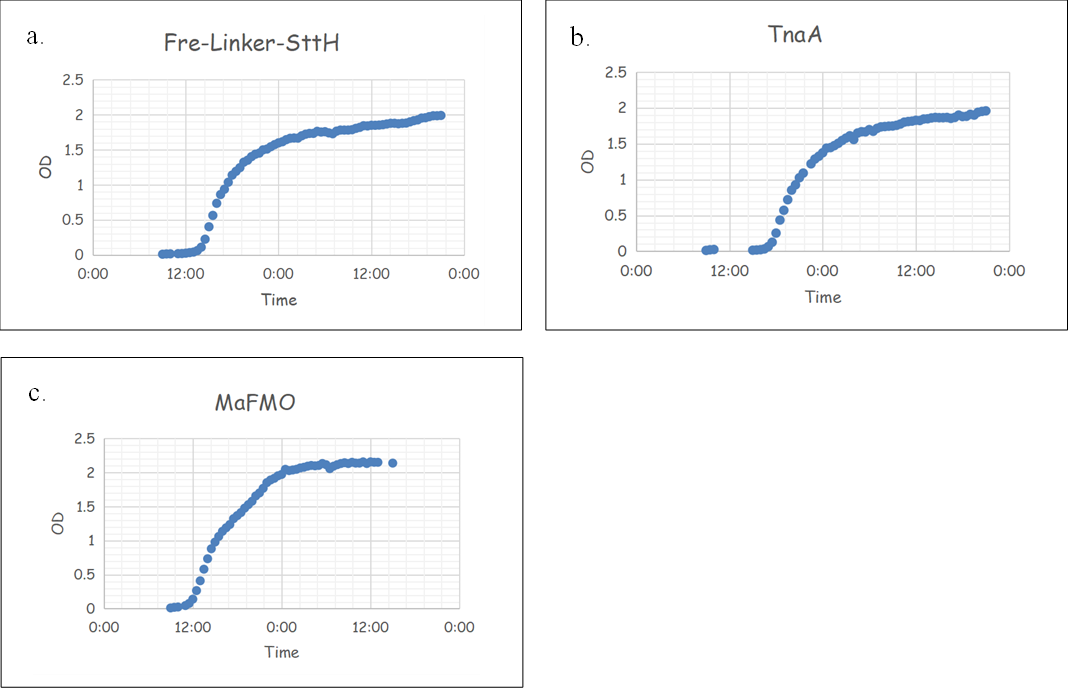 As we can see, all of these bacterial growth curves experienced lag phase, logarithmic phase, stationary phase and decline phase. From this, we obtained the best induction time of these strains. 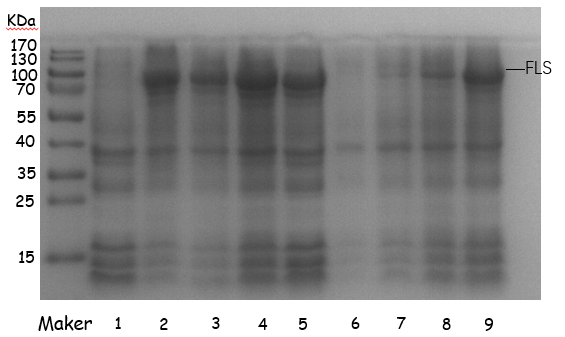 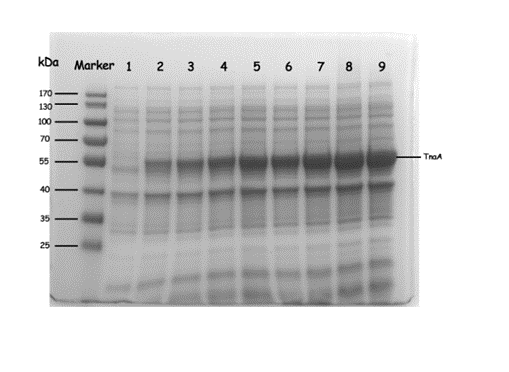 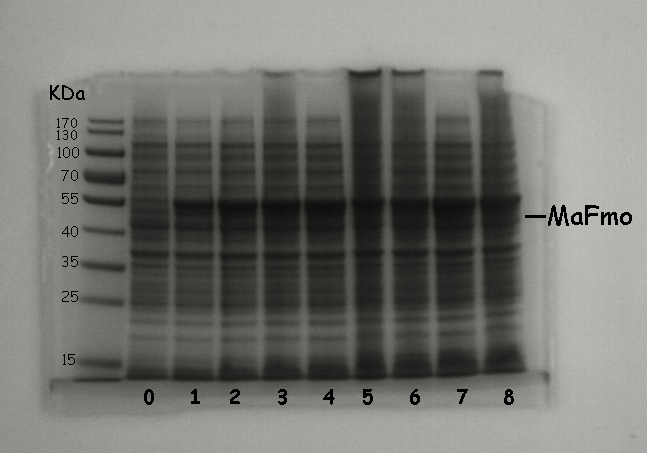 Limited by Fre-Linker-SttH expression, we decided to use 6-Br-Trp as the substrate to go on the whole-cell reactions. First of all, we expressed TnaA (30℃,16h) and MaFmo (26℃,4h) with 6-Br-Trp containing LB medium and common LB medium respectively. The cells were resuspended in 50mM NPB solution after centrifugating through high-speed freezing centrifuge. Then the TnaA and MaFMO suspension were mixed and incubated in 30℃, 200rpm for 12h. In this way, we successfully obtained the target product Tyrian Purple (Figure.5 a,b). At the same time, we also obtained the optimal mixing ratio of TnaA to MaFmo by comparative experiments. Additionally, we found that the NPB buffer was more effective than the PBS buffer, because Na+ was able to assist transmembrane transport of 6-Br-Trp and 6-Br-indole (Fig.5 e). 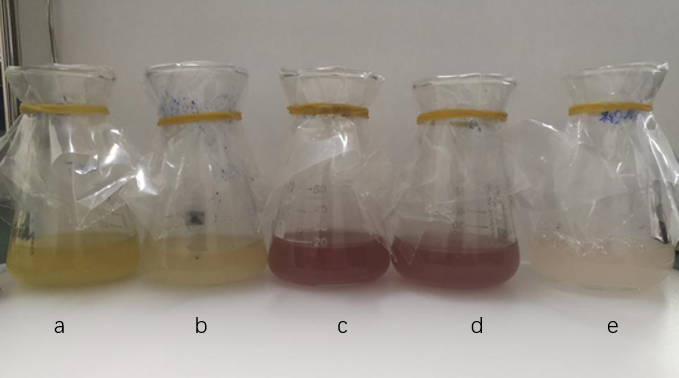 Tyrian Purple contained bacterial fluid was frozen at-80℃for 12h, and then made into lyophilized powder by a freeze dryer. 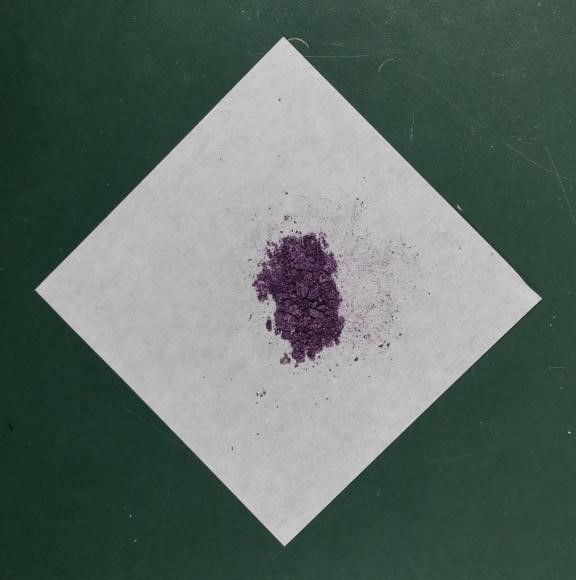 The effect of Fre

SttH was successfully overexpressed in E. coli, but the enzyme mostly existed in an insoluble form (Fig.6). To test Fre can improve the bromination reaction rate, we did a comparative experiment between SttH and Fre-Linker-SttH. First ,we did PCR with the primer of SttH, it showed good results.

Then ,we connected SttH to pET-28a(+), transfered into BL21(DE3) and added IPTG to induce SttH expression.

To achieve the highest yield of producing and simply the reaction process, we made TnaA and MaFMO in one plasmid use In-Fusion method. After PCR reaction, DNA electrophoresis bands were shown below. 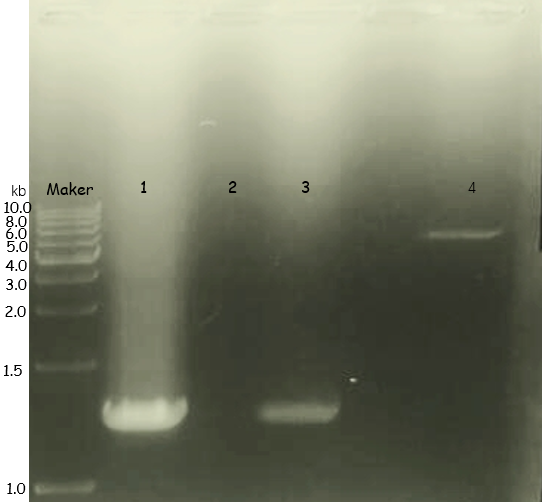 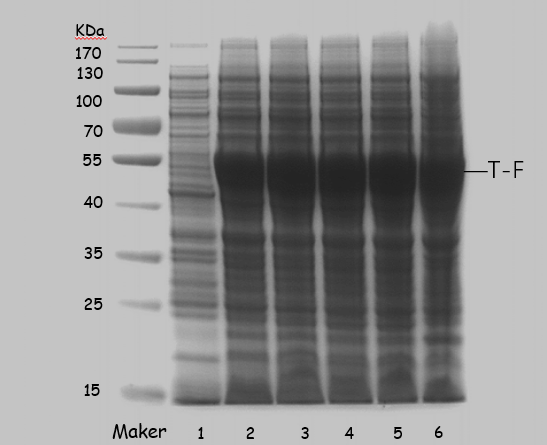 We also did a whole cell reaction, this improvement saved us nearly twice as long(Fig.9,10). We suspected that this is due to the transmenmbrane transport of 6-Br-indole was skipped. 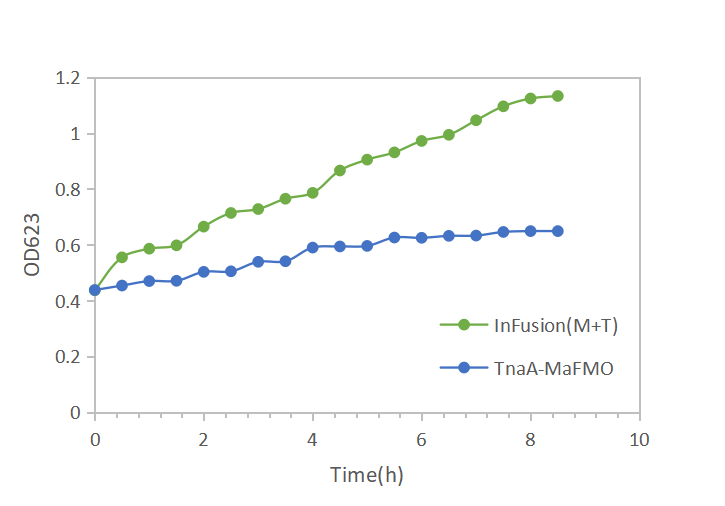 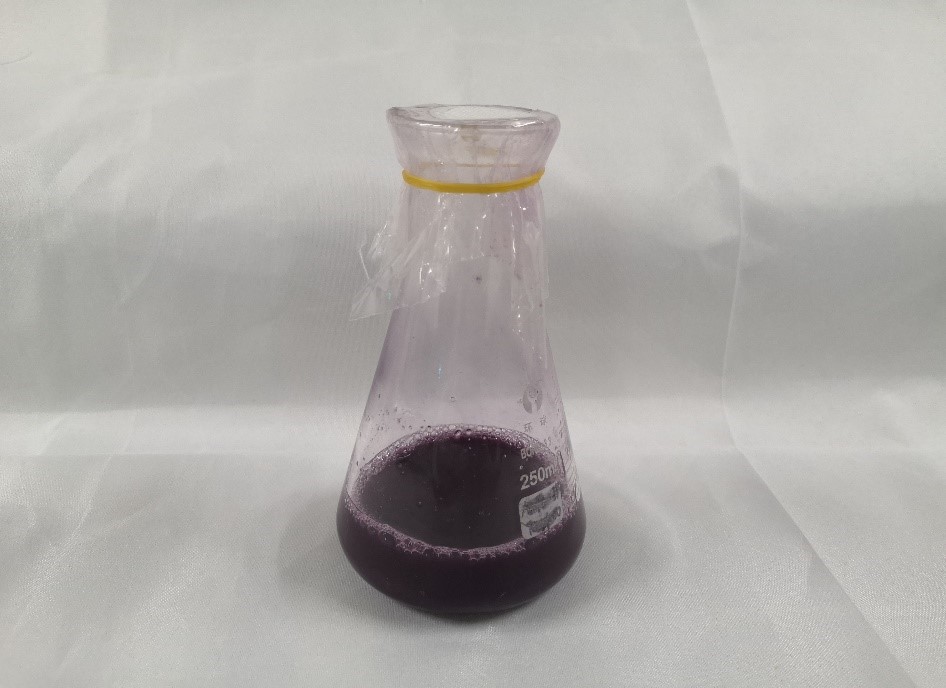 Since TnaA is an endogenous enzyme of E.coli, when the strain with engineered TnaA, there will be a competition between TnaA and SttH, and produce indindex (indole). So, we imported the Cas9 plasmid and the Target plasmid into BL21 (Fig.12), and designed primers which contained the upstream and downstream sequence of the E. coli genome TnaA, then we evaluated PCR products by agarose gel electrophoresis (Fig.13) to ensure that we successfully knocked down the TnaA. 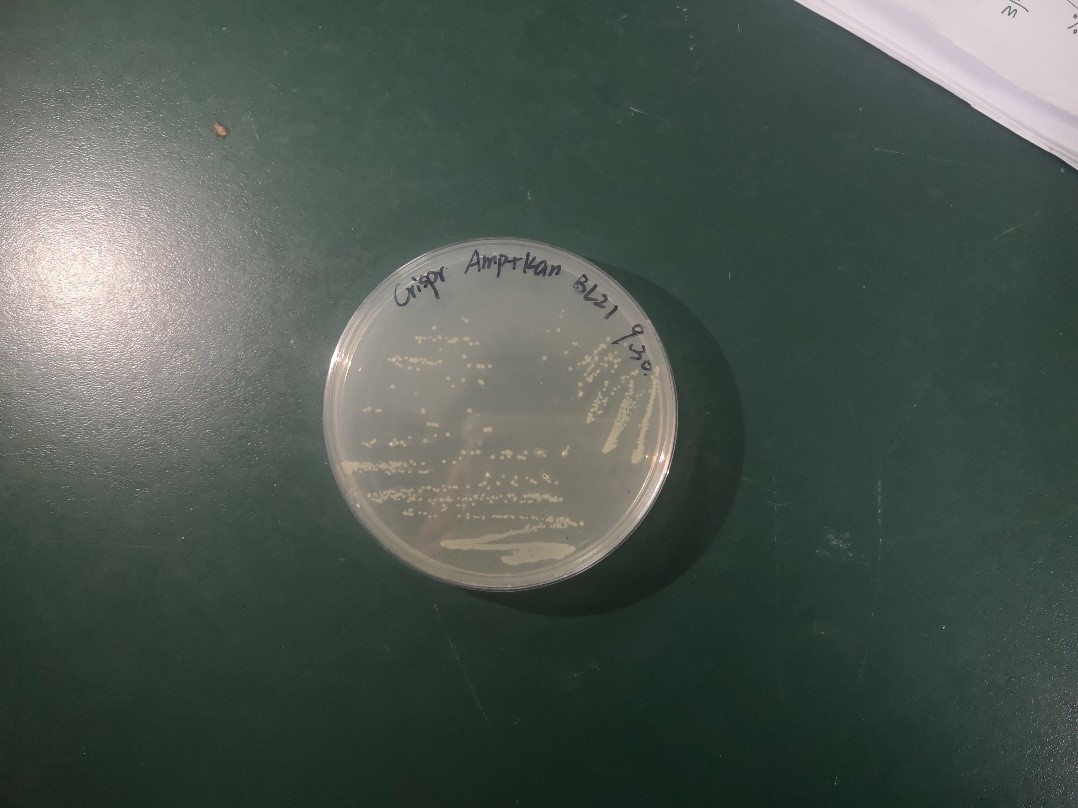 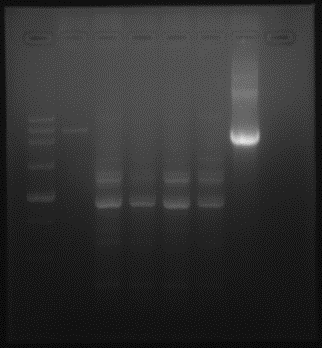 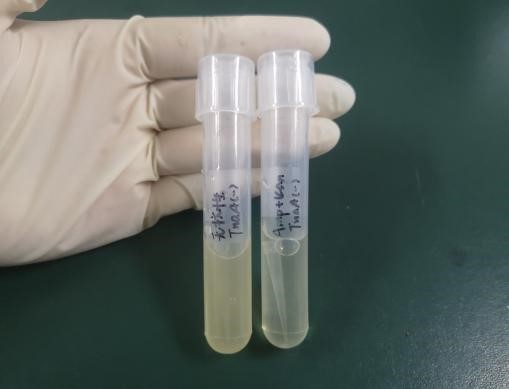 After obtaining Tyrian Purple, we immediately performed staining experiments on different materials. According to the results, the wool and silk showed the best effect (Fig.15), and common materials can be well colored. 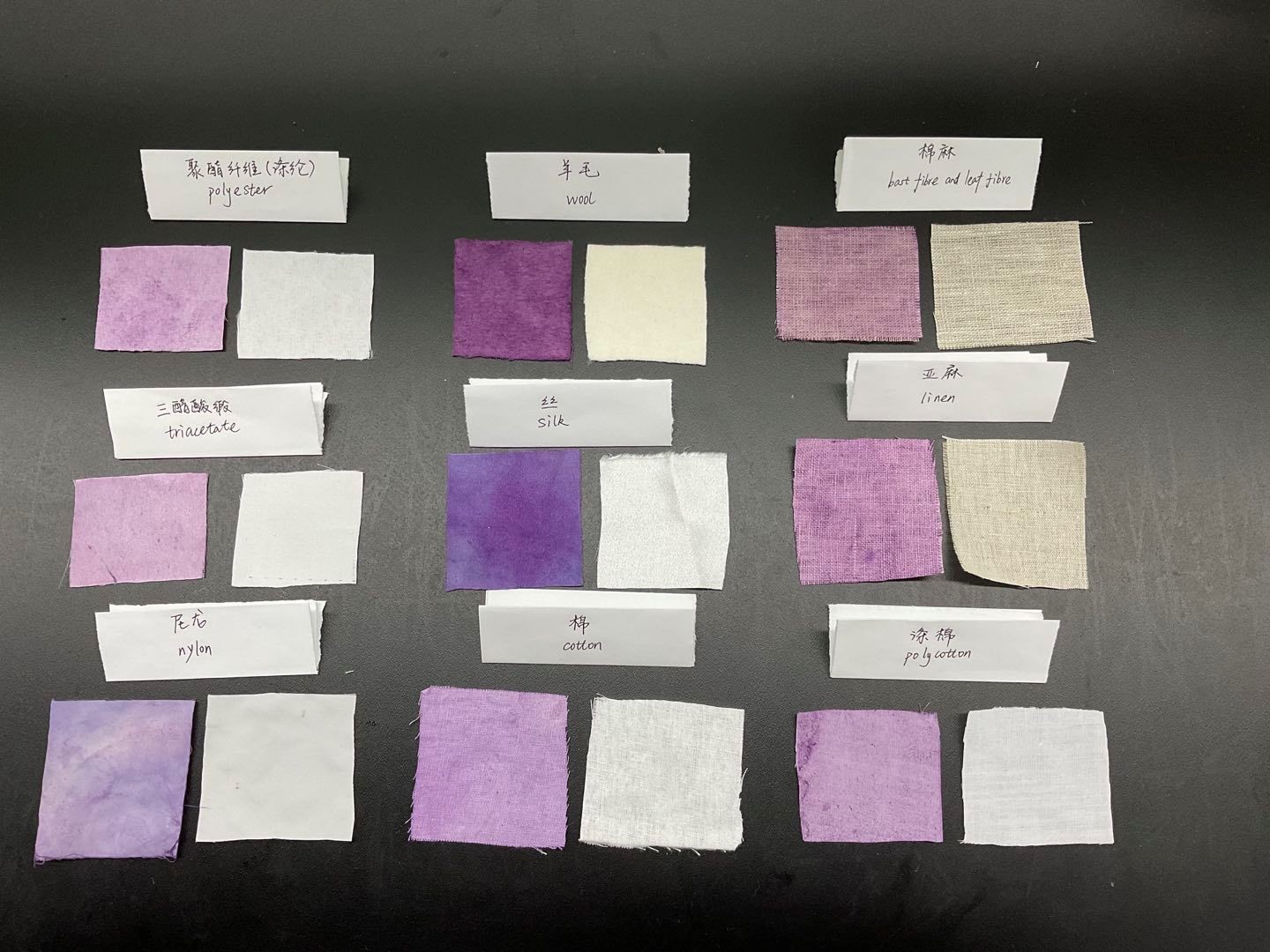