Our university is located in Xi'an, which is the ancient capital of 13 dynasties and the origin of the Ancient Silk Road. Eastern and western cultures encountered and integrated along the Silk Road, and a series of moving stories also spread from here. During our visit to Shaanxi History Museum, we heard a story about dye. 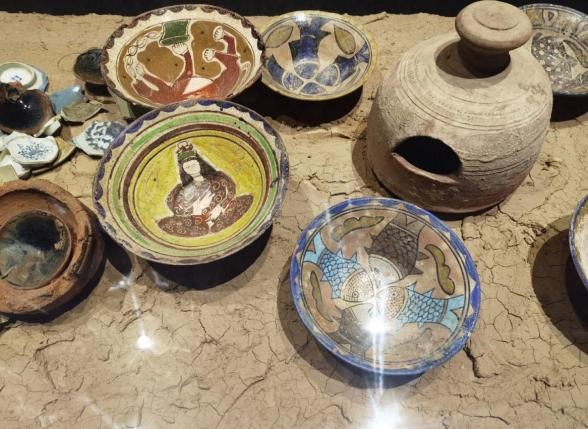 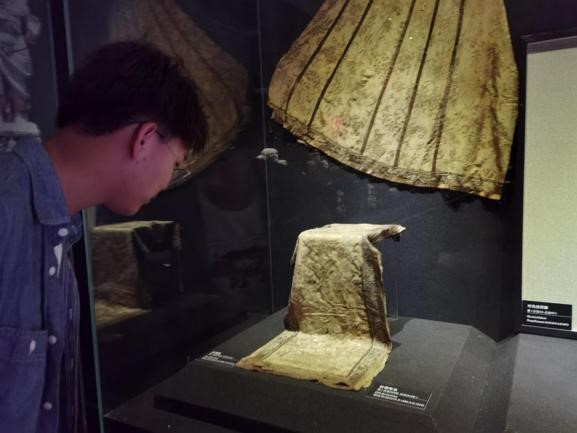 Purple was a precious color in the history of eastern and western. It was a symbol of power and wealth because of the difficulty to obtain. In the west, purple was first extracted from snails by Phoenicians. The Mediterranean city of Tyre was famous for producing this dye, so this dye was named Tyrain Purple. To obtain 1.4 g dye, 12,000 snails would be killed, so purple’s clothes were only used in royal families because of its preciousness.

Coincidentally, purple was also a symbol of power in ancient China, which was mainly extracted from a plant named perilla.

These historical stories let us know, purple used to be expensive and rare. And till to 1857, scientists created the first kind of synthetic dye--aniline purple. Since then, with the development of chemical industry, purple clothes have been becoming more and more common. The main chemical composition of Tyrain Purple is 6,6'-dibromoindigo(6BrIG). Today, this dye has never been mass produced because of the difficulty in chemical synthesis. Could it be said that the historic dye disappears? Can we mass produce it through synthetic biology?

With the development of chemical industry, there are more and more serious environmental problems here, and dye pollution is one of them.

From a report of IUCN (International Union for Conservation of Nature), we learned that about 35% of the plastic particles in the ocean come from cleaning polyester clothing. WWF(World Wide Fund For Nature) also mentioned at the 2020 sustainable fashion meeting that clothing and textile industries are one of the most polluted industries in the world and the second largest water consuming industry in the world. The industrial sewage discharge from textile dyeing and processing accounts for 20% of the world; The textile industry produces 10% of the global greenhouse gases every year. In addition, it can discharge a large number of industrial wastewater in the process of dye production. It is also an serious problem. [3] What can we iGEMers do for the environment through Synthetic biology? 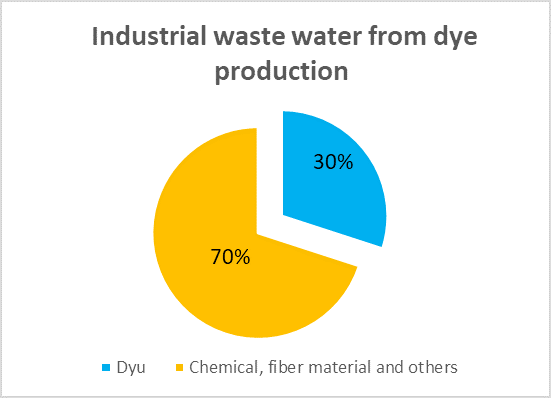 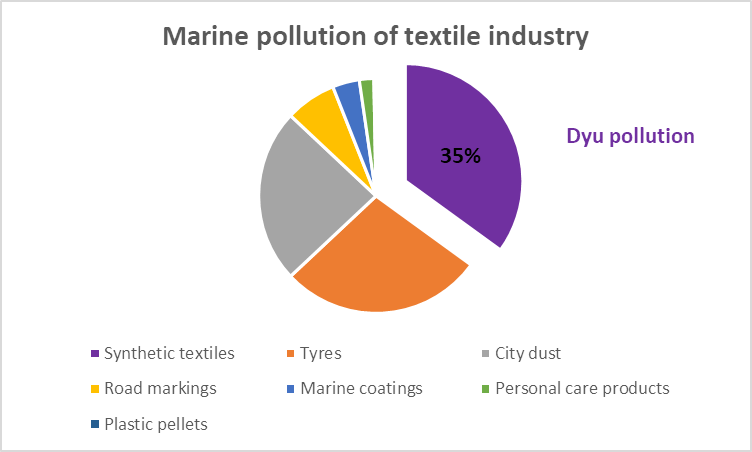 IUCN Primary Microplastics in the Oceans 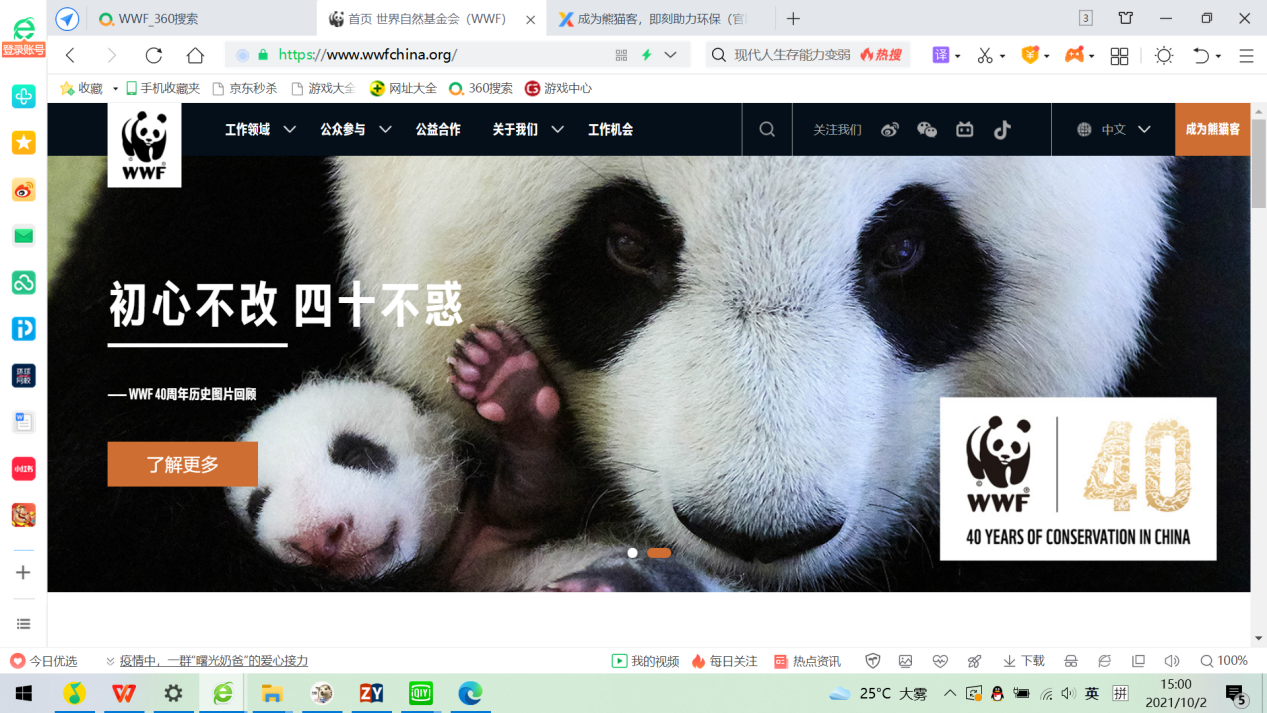 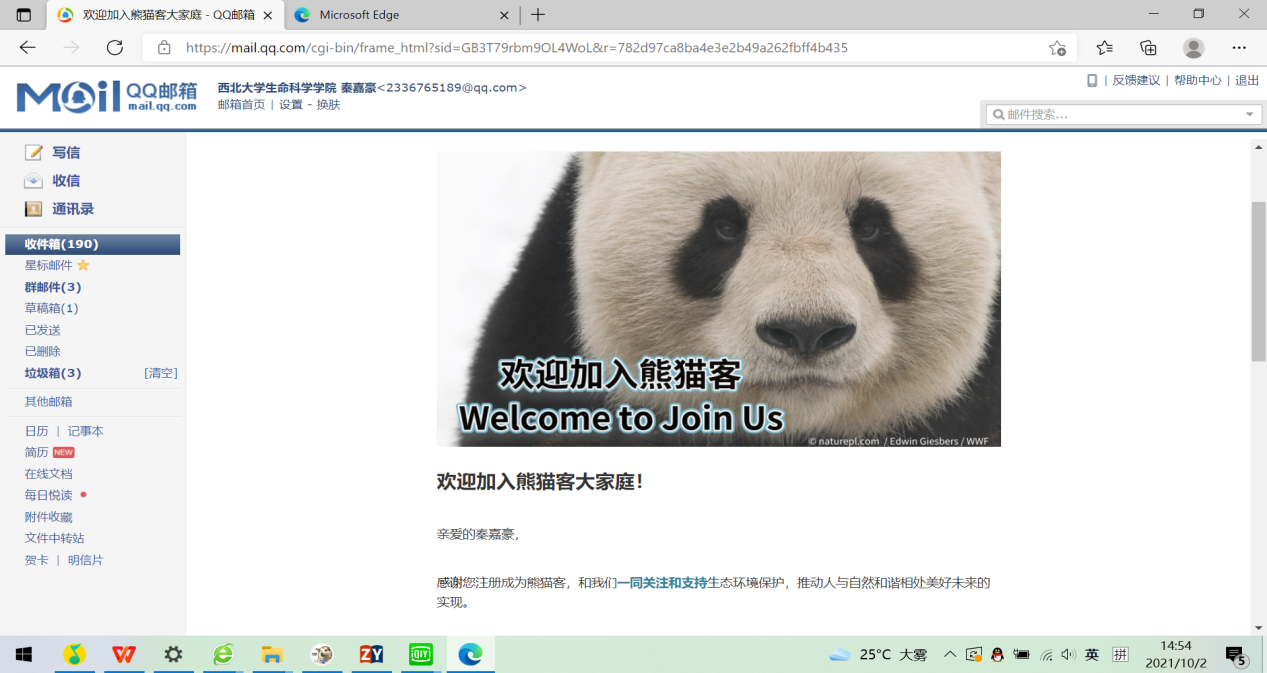 Through the discussion with Tianhu He, we preliminarily find the significance of our project. We realized that biological dyes can solve the pollution problem caused by chemical production to a large extent.

At the beginning of our project, we had several problems to solve.

· How are traditional indigo dyes produced at present?

· What are the main purple dyes on the market?

· Are biological dyes acceptable to the public? 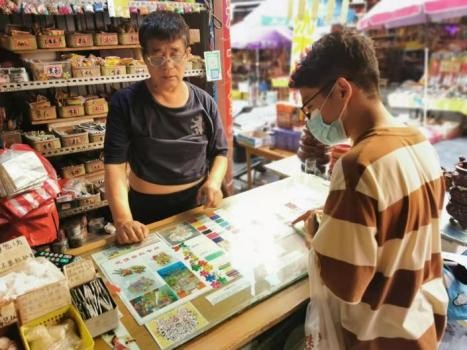 In the dye market, we found that most of the purple dyes sold in the dye market are chemical dyes. We learned that it has great toxicity and causes serious water pollution in dyeing. However, it is still the main product on the market because of its low price. The dyes extracted from plants also occupy a small part of the market with low extraction efficiency and high price. 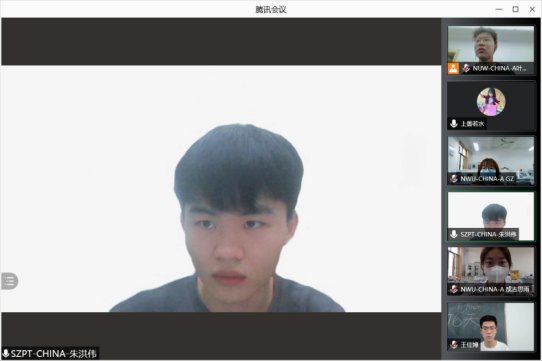 In the interview with the factory, we learned that chemical dyes will definitely have a certain impact on the health of workers in the process of dye production. Synthetic dyes contain enhancers, and long-term contact with them will cause certain damage to eyes and upper respiratory tract. At present, workers need to wear masks during work, goggles are also needed when the conditions are more serious.

After recognizing the advantages of biological dyes in various fields, we wanted to know the public's recognition of it, so we made a questionnaire for the public.

The following table is a survey result of the public's understanding and acceptance of biological dyes:

According to the survey results, we summarized the problems as follows:

· At present, the dyes do great harm to the environment and the workers.

· Safety and environmental protection are matters of great concern at present.

Knowing the main problems faced by the dye industry, we hoped that through the method of synthetic biology, the production and dyeing of Tyrain Purple dye can bring improvement to its stakeholders.

There were many problems need to be solved, so we consulted relevant experts and stakeholders to answer our questions. 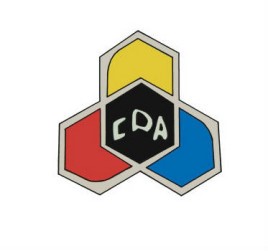 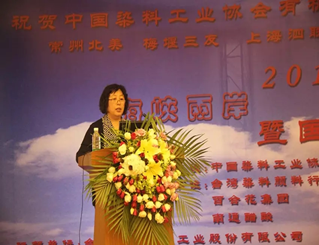 We are glad to have the opportunity to interview Zhang Yanshen, the director of the Industrial Development Department of China Dye Industry Association and the vice chairman of the national dye standardization committee. She is mainly engaged in scientific research and development, quality management and technical management.

By the interview, we learned that the most polluted process in the current dye production is the discharge of waste liquid generated in intermediate synthesis. At present, there are many treatment methods for waste liquid. For example, breaking chemical bonds to remove organic by-products. In summary, there are many methods to treat waste liquid at different costs. Different treatment methods should be adopted according to different dye varieties.

In our project, Tyrain Purple is synthesized by synthetic biological method, which greatly reduces the pollution in the dye production and eliminates the waste liquid treatment process. During the discussion with Mr. Zhang, he suggested that we should optimize dyeing steps, which could reduce pollution greatly. It was his suggest that attracted our attention to dyeing. After looking up the literatures, we put forward the concept of "bacterial dyeing". You can click here for more information. https://2021.igem.org/Team:NWU-CHINA-A/Proof_Of_Concept In addition, we learned that freeze drying was easy to store and transport by interviewing Professor Li Hongmin of Northwest University. Therefore, we decided to adopt freeze-drying process.

After the preliminary investigation, our laboratory work began. During the experiment, we encountered some operation and technology problems. It's a great honor to have the opportunity to interview Professor Xu Dan of Xi'an Jiaotong University. She helped us solve the problem of exogenous genes cannot be expressed in microorganisms. It was very important for our project. You could click here for the video record of the interview. https://www.bilibili.com/video/BV1RA411A7if?spm_id_from=333.999.0.0 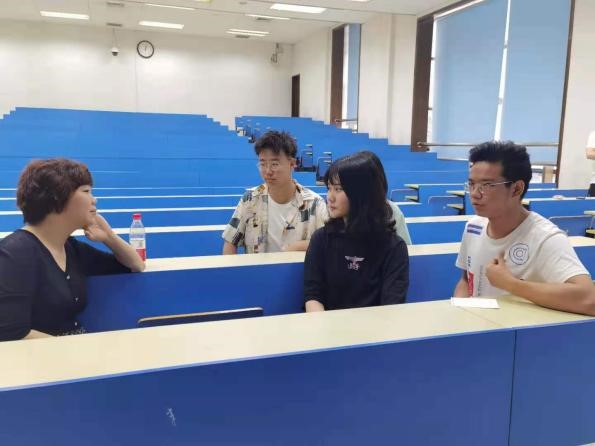 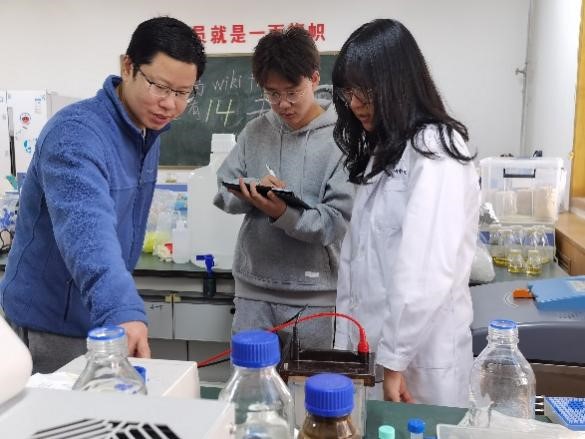 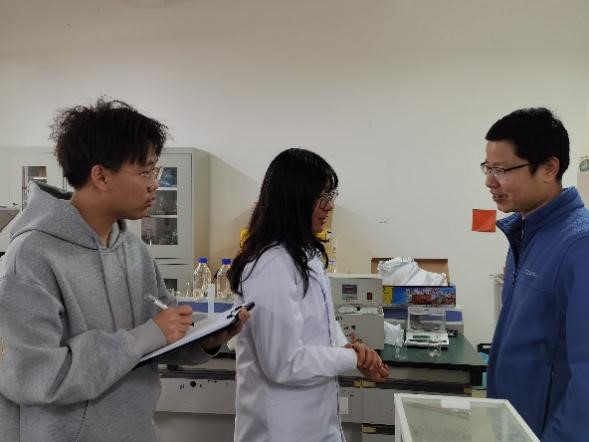 Finally, we produced the Tyrain Purple successfully. Based on Professor Li's suggestion，we considered how to make our products suitable for different application. Therefore, we interviewed Professor Wang Shiwei of Northwest University. Considering different needs, we made the product into two forms: bacterial liquid form of the Tyrain Purple applies to short distance transportation, and freeze-dried Powder is better suited for Long distance transportation.

After successfully produce Tyrain Purple in E.coli, we used the lyophilizer to make it into producing. Based on a former questionnaire we learned that the public knew little about the concept of biological dye, even had never knew before. We need to let the public know our products to the greatest extent, so as to open the dye market in the future.

Product packaging firstly came into our mind. By the online media, we contacted Beijing Zhiranshilan Cultural Creative Company, which is a creative company producing and packaging natural plant dyes. We had an online communication with the marketing director of the company and introduced him to our project this year. He was very interested in our project and approved the form of lyophilized powder, saying that he could help us in the later product packaging. Our concept of environmental protection had also been recognized by him. 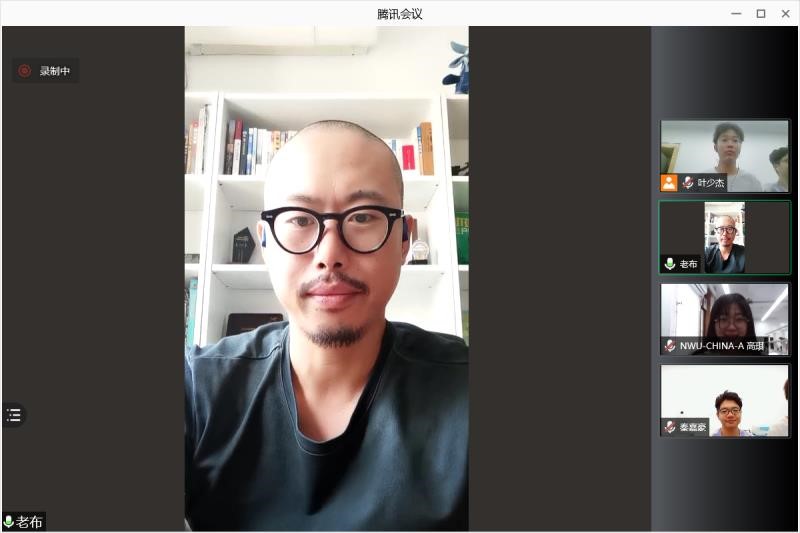 The second part we thought was mass production. If we want to reach a market scale, we must have sufficient output supply. We certainly wanted to cooperate with enterprises. But as students, we didn't have any experience in this field. Therefore, our PI contacted Xi'an hi-tech i chuangtu public innovation park. The manager Zhao Ying provided us with suggestions on project packaging. We visited the entrepreneurship park and had our own thought on the way from laboratory to enterprise of our project. https://2021.igem.org/File:T--NWU-CHINA-A--hp22.jpg 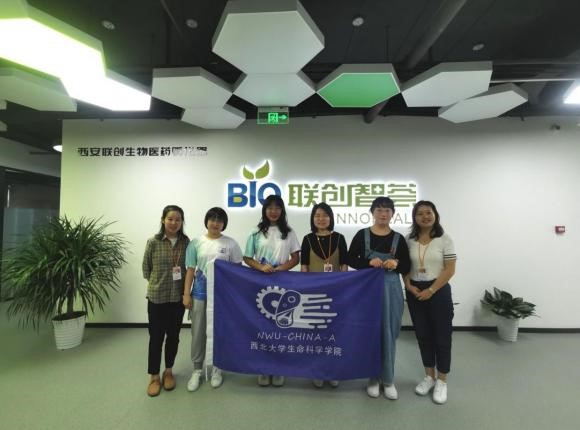 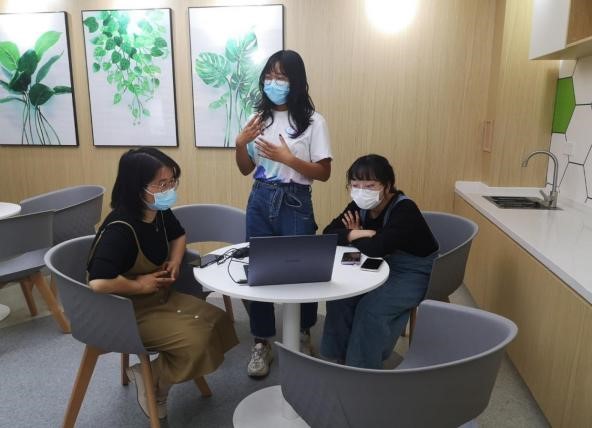 Then we interviewed Mr.Dai, technical director of Xi'an Baimei gene Co., Ltd. He told us that if we want to get the opportunity to cooperate with enterprises, we should improve our core competitiveness. Compared with the traditional dyeing methods, our royal purple dye has the advantage of environmental protection. He also introduced a lot in patent protection. At the same time, we also asked him for advice and help for the upcoming protein purification experiment. 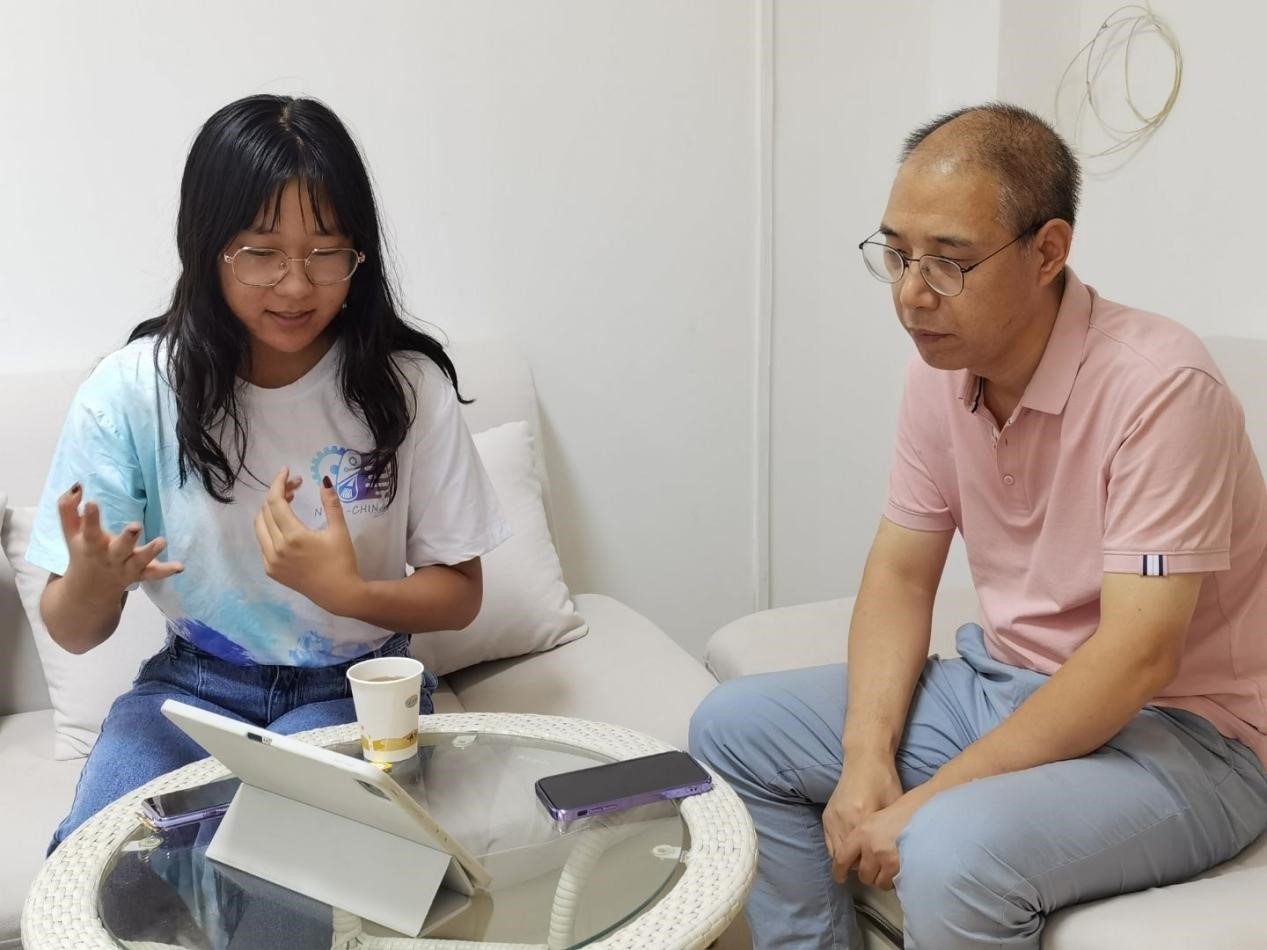 In general, our integrated human practice connects with our project all the time. Through early research, we knew the pollution problem of chemical dyes and the feasibility of using synthetic biology to produce Tyrain Purple. Then we mainly communicated in environmental protection, product forms, enterprise cooperation and applied them to our project. We have also participated in a lot of meetings for communication between iGEMers, and tried our best to help them while improving our project.In terms of seeking social significance, we thought of intangible cultural heritage inheritance. Using synthetic biology, we revitalized traditional skills. (You can click here to learn more.)