Model
- Click to visit -
Introduction
To efficiently produce biomolecule, we designed an efficient and stable biomolecule production platform using an asymmetric plasmid partitioning (APP) system. APP is a system where expression of a DNA-binding protein prevents equal plasmid partitioning during cell division. Cells are differentiated into two daughter cells, one containing the plasmid and one not containing the plasmid. In this way, both "stem" cells and "differentiated" cells can be generated within one bacterial culture as the below figure. By using APP, we can express two different genes in different timing. The time difference can be used to optimize biomolecule production. We defined “BLOOM" as a biosynthetic circuit that utilizes the APP system to express two different genes in different timing. 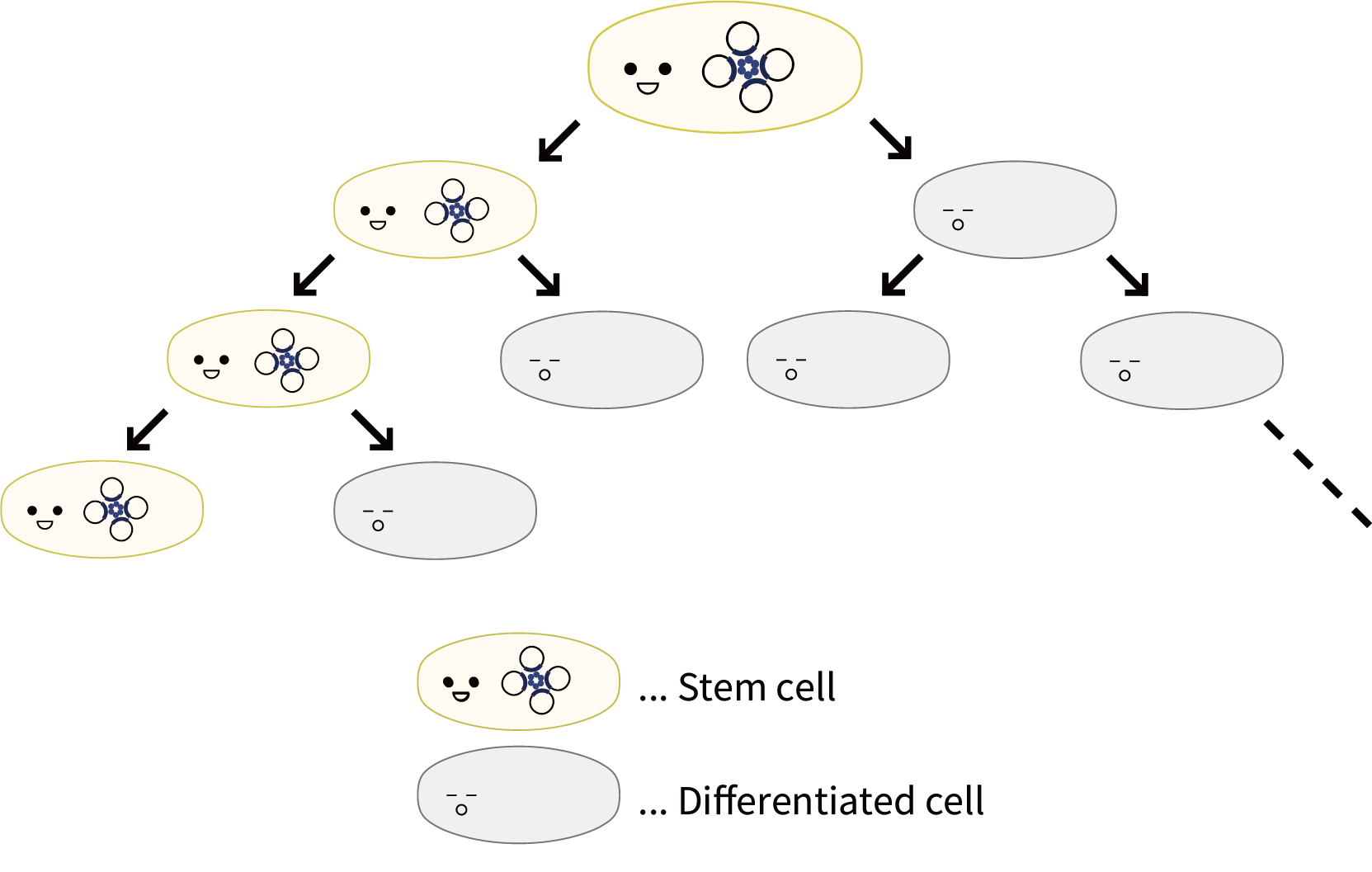 Fig.1
Initially, we had no information about the time difference generated by our system. Our dry team built a model of BLOOM to answer the following questions. (Click each question to jump to the answer of it)

As a result, we succeeded in building a model of APP, and confirmed that desired time difference can be generated by “BLOOM". We were also able to conclude that the best way to customize the time difference is to control degradation rates of repressors. This outcome affected the experimental design of our wet team. Specifically, they decided to do experiments about degradation rates by using ssRA tag. In addition, we simulated how efficient our device can produce in a given production system and confirmed that “BLOOM" is widely applicable.
Theory - A1. How can we model our device?
First, we handled the question "How can we model our device?".
Building a model of asymmetric plasmid partitioning
First of all, to understand our system, we begin with building a model of APP, because there was no mathematical model of APP since it was first reported in 2019[1]. In APP, a self-aggregating protein binds to a particular DNA sequence of a target plasmid to form plasmid-protein complexes that are asymmetrically segregated when E.coli divisions. In this section, we built a model of aggregation of plasmid-protein complexes and cell division at a given time. 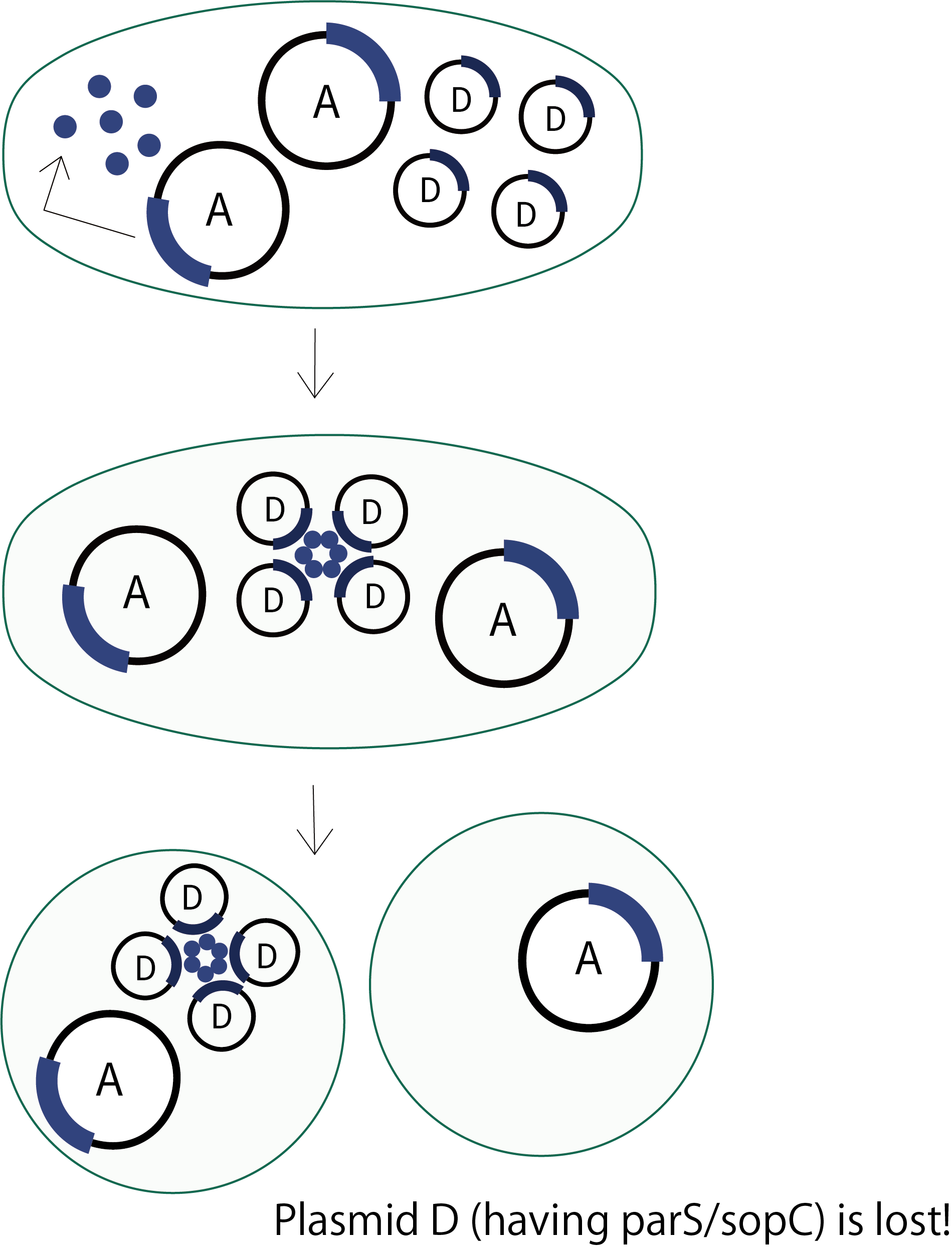 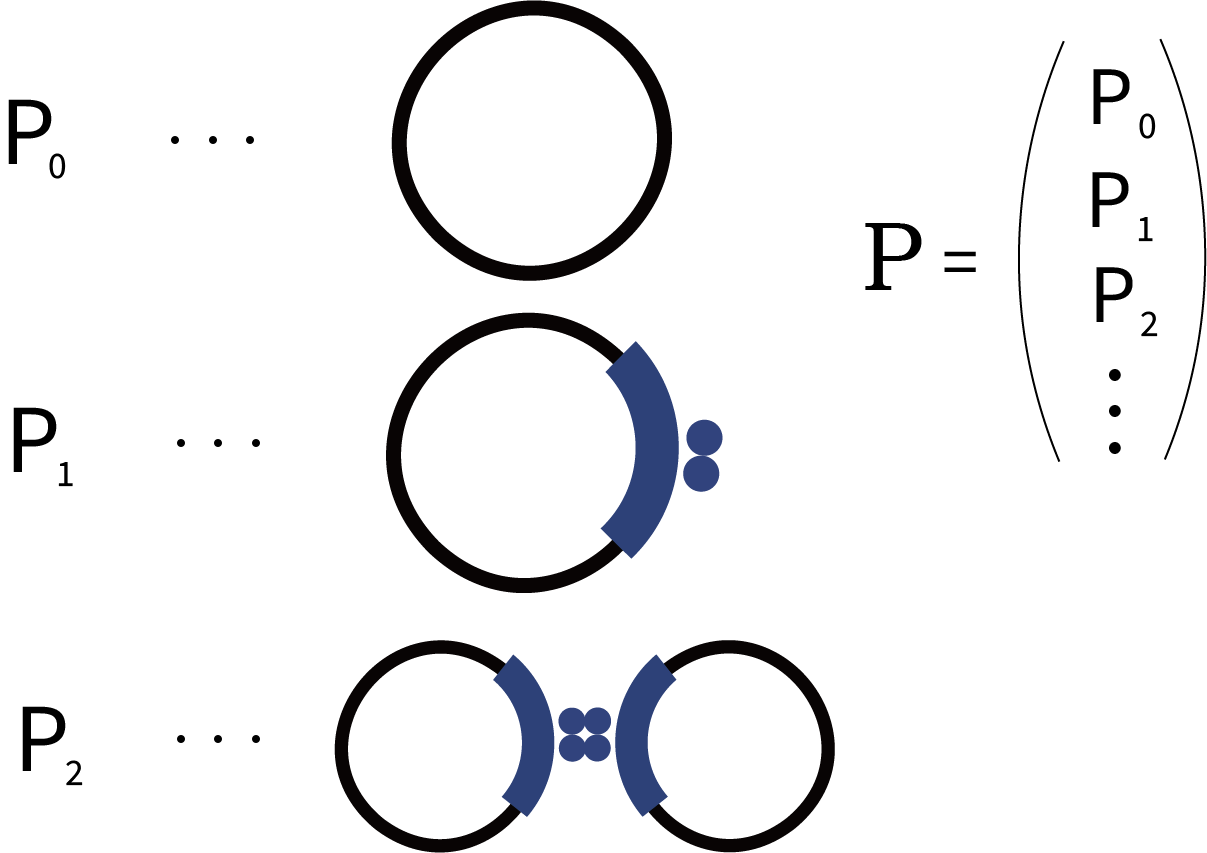 Fig.3
By using these variables, the probability density of binding Pi and Pj is formulated as below.

Fig.4
In addition, we assumed that the probability density of binding P0 and aggregating protein ParB is formulated as below.

Fig.5
When we formulated the probability density of binding Pi and Pj, we made the assumption as below.

Fig.6
Cell division
Next, we built a model of cell division at a given time. We made the assumptions below for this model. 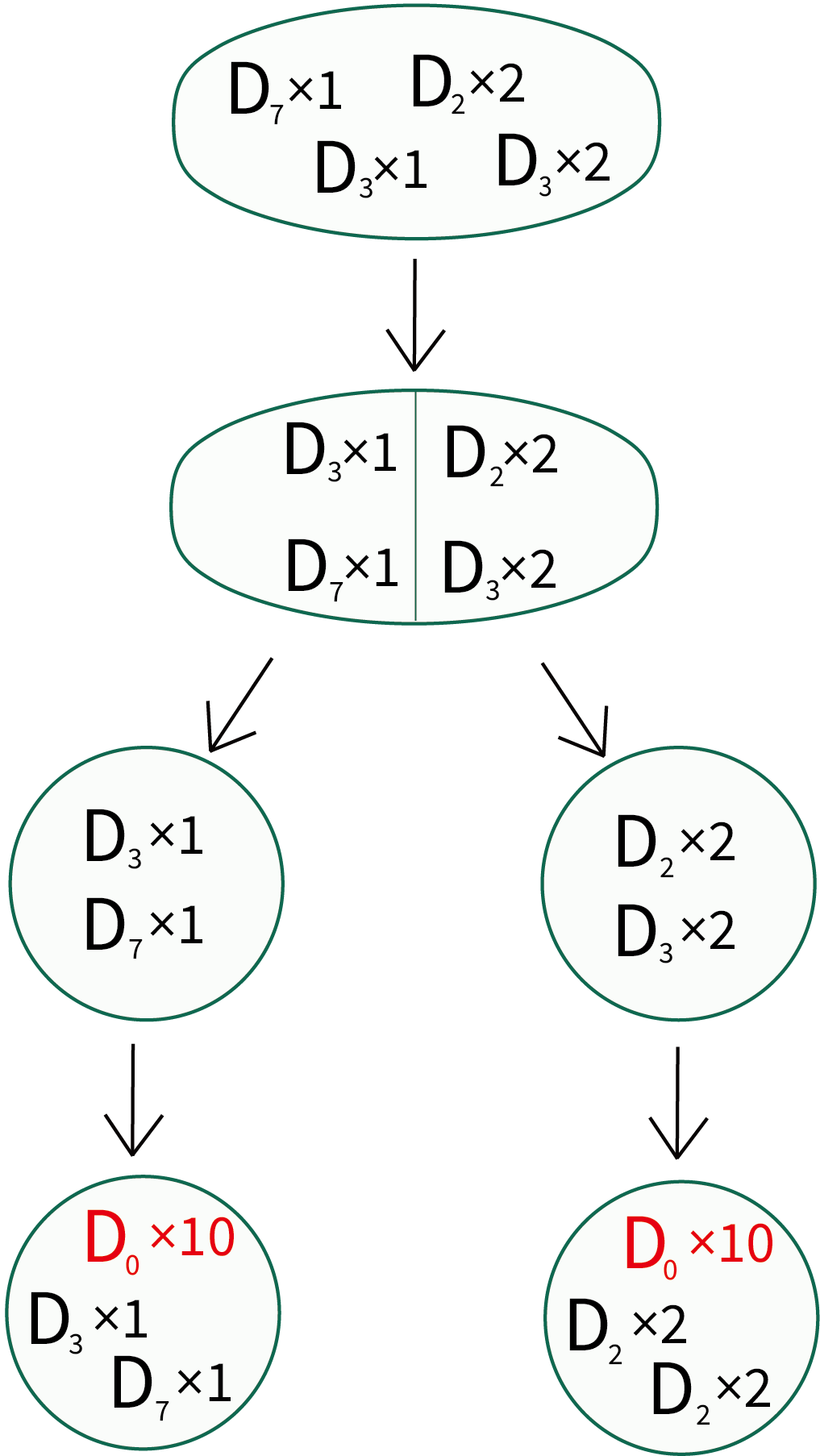 Fig.7
We randomly selected one of two daughter cells after cell division and tracked the cell in one simulation.

Fig.8
The parameters used so far are shown in the following table.

Supplementary 1 (about Gillespie algoithm)
Therefore, we succeeded in building a model of APP.
Kinetic model of E.coli
Furthermore, we simulated the expressions of the products triggered by APP.
As above, we can simulate the transition of the copy number of plasmid in E.coli traced at each time by using a model of APP. Simultaneously, we can simulate kinetics of E.coli traced by using the copy number of plasmid. Kinetic model of E.coli is formulated as below. 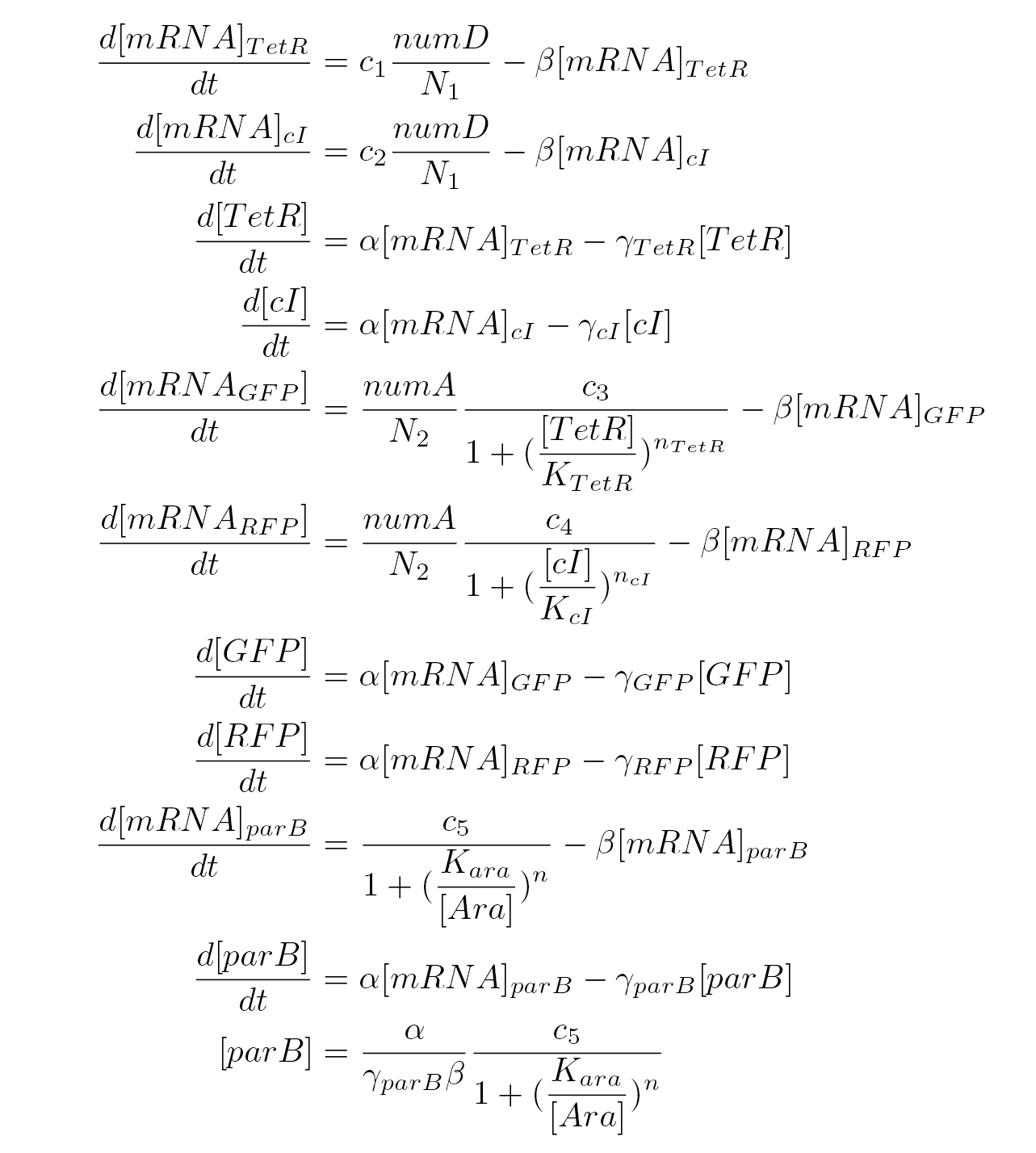 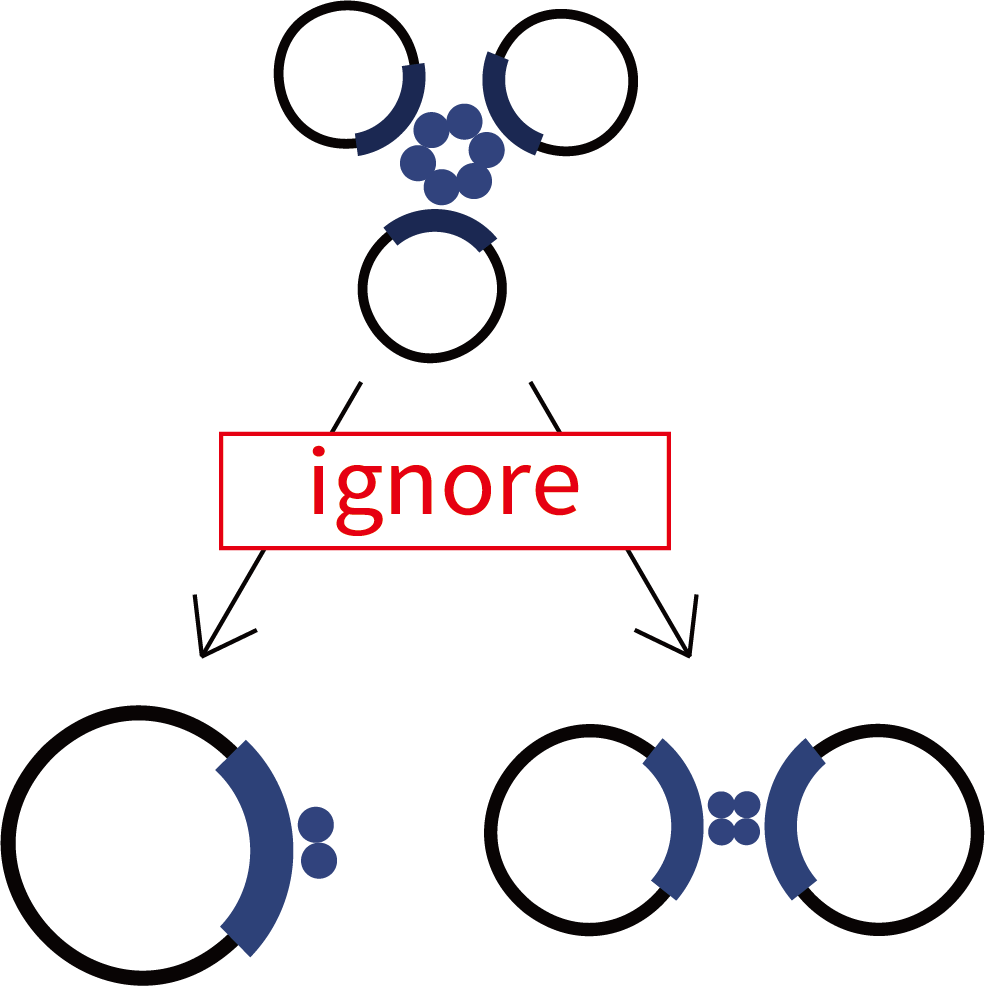 By running the simulation a sufficient number of times and averaging the obtained values, it is possible to calculate sequential changes of average total number of plasmids in E.coli and average concentration of the product.
In these theories, we succeeded in building a model of BLOOM. In the next section, we will answer the second question “How to customize the time difference of expression?" by simulating BLOOM.
Result 1 - A2. How can we customize the time difference of expression?
2 plasmid system
Secondly, we tried to simulate 2 plasmid system by using the model. Plasmids, A and D in the 2 plasmid system are as follows. 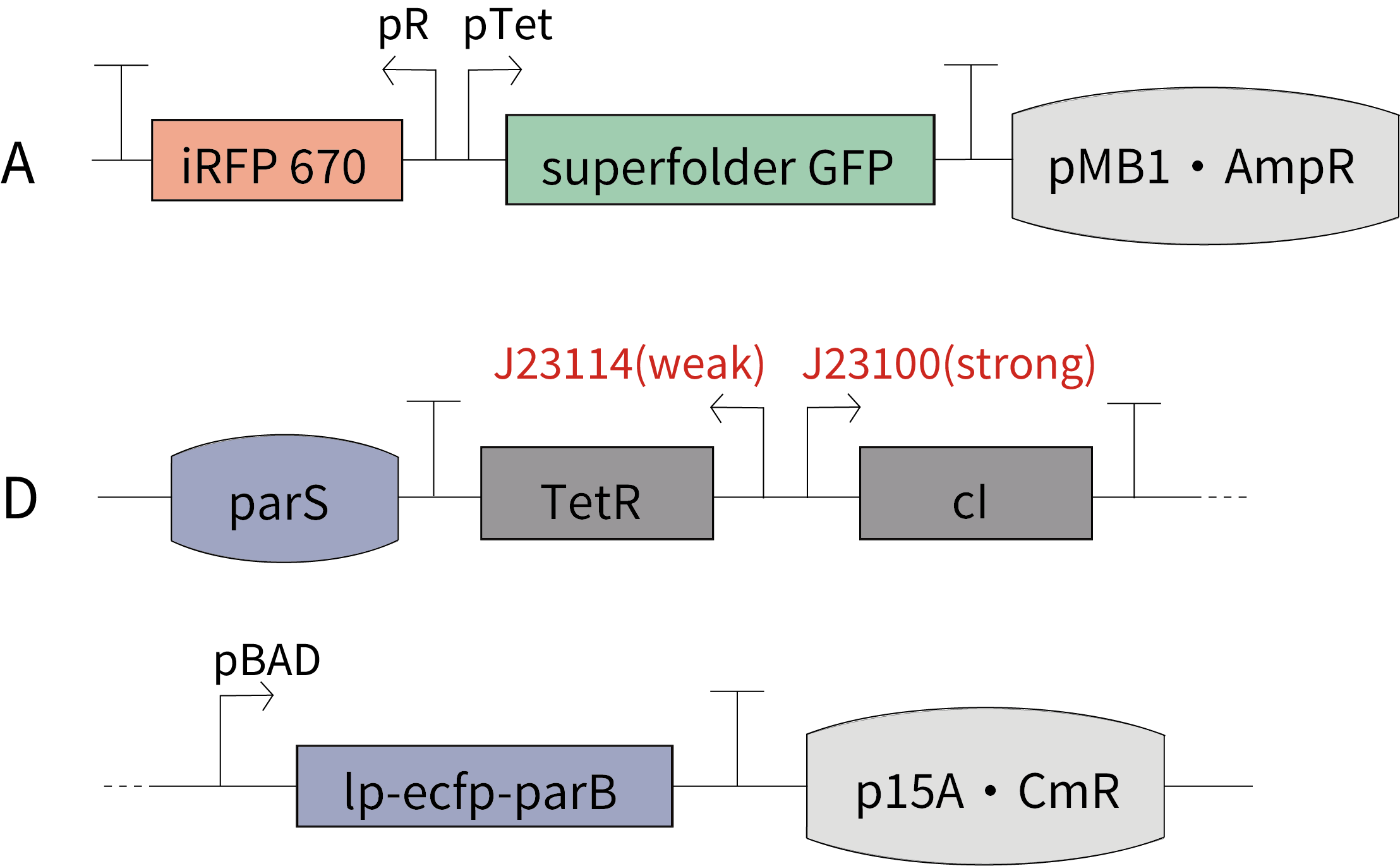 Fig.11
In the 2 plasmid system, the mechanism of APP is described by the figure below. This mechanism is explained in detail on this page. 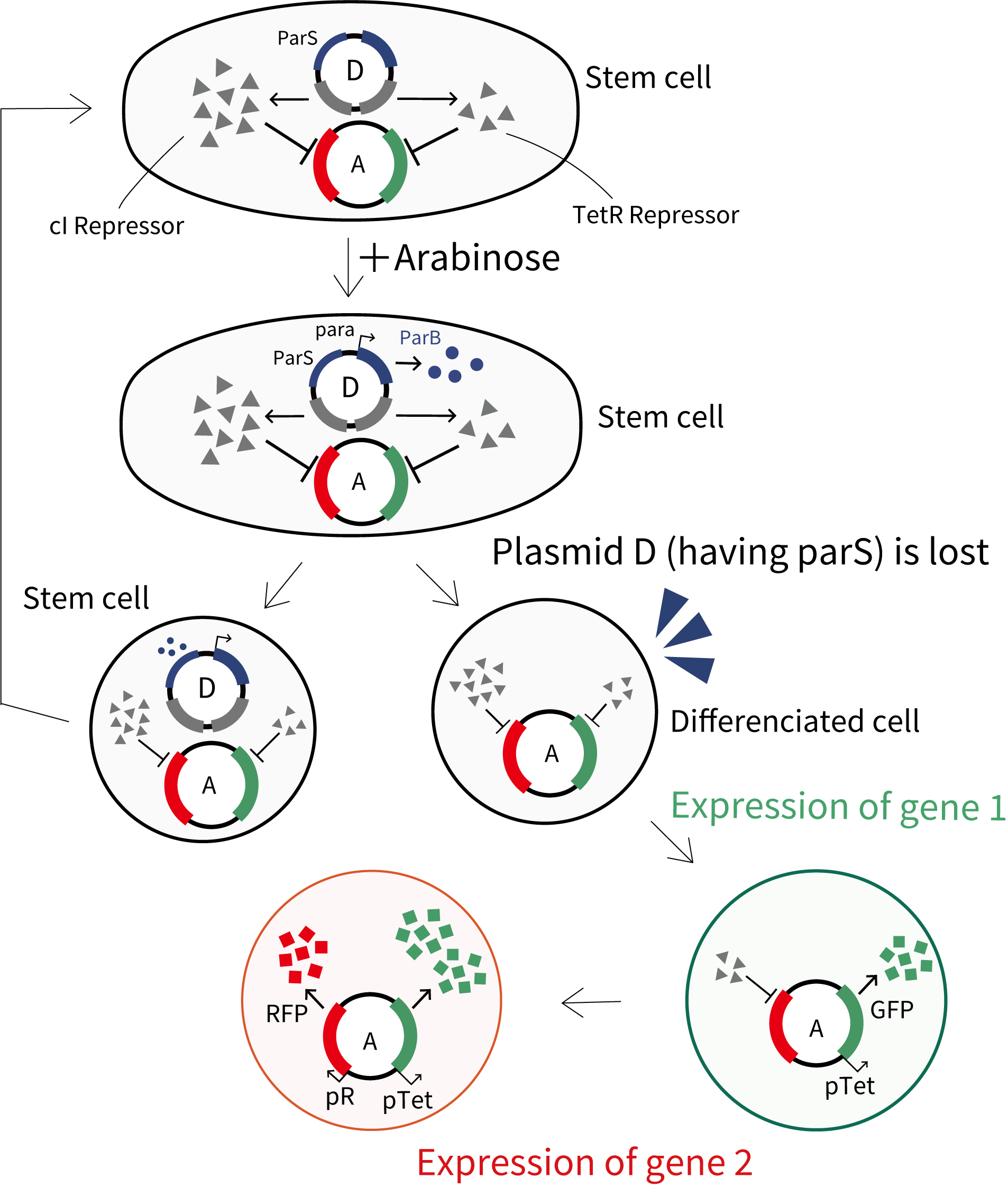 Fig.12
We simulated the 2 plasmid system 10,000 times in this way and averaged the transition of the total number of D plasmid in E.coli, the result is as follows. 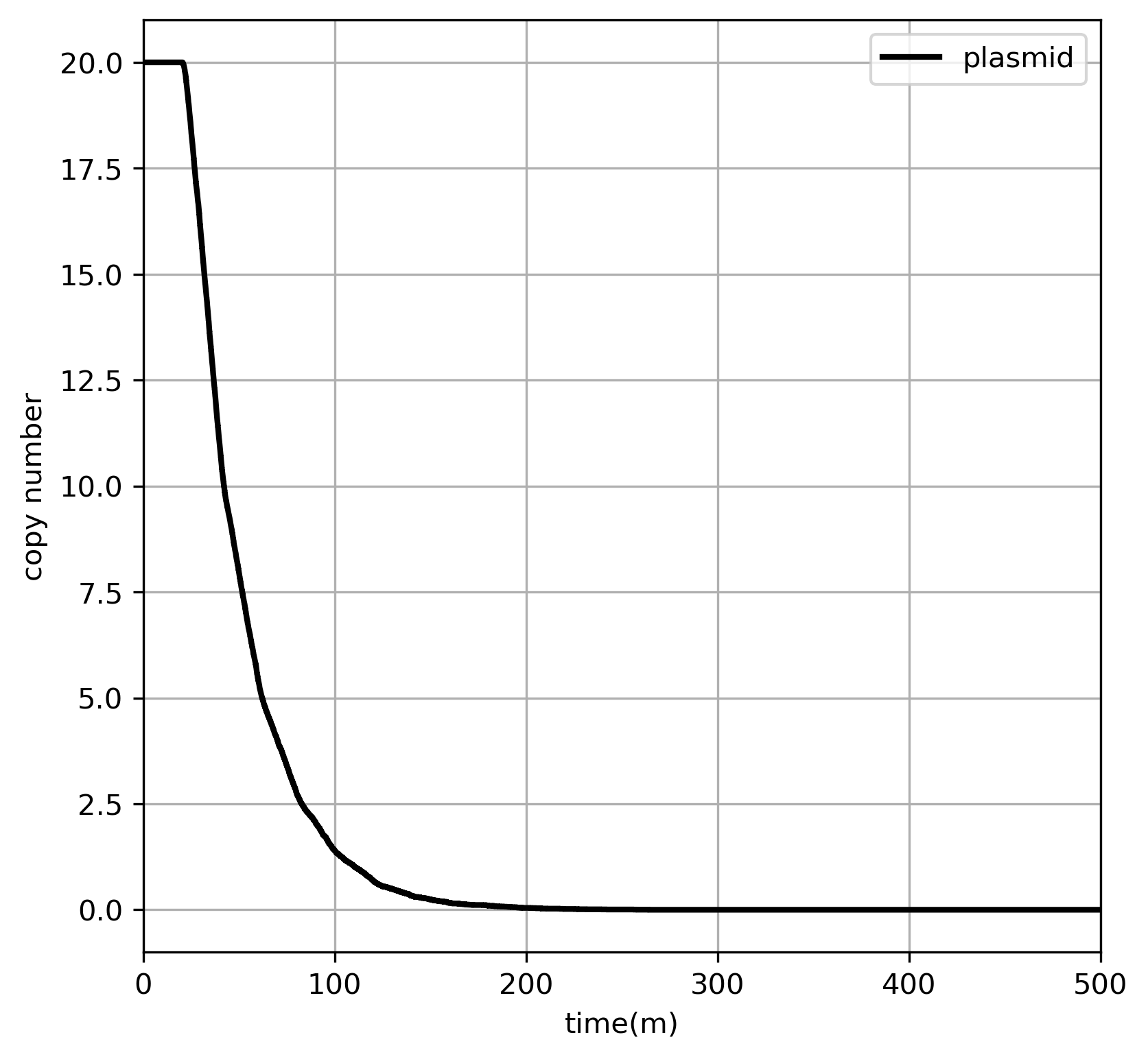 Fig.13
Although vector D is (20,0,0….) at the start point, the fraction of complexes composed of many plasmid D increases as the aggregation progresses, and the total number of D0 and plasmid-protein complexes decreases. As the aggregation progresses more, there are only E.coli containing only D20 and E.coli not containing D plasmid. Ultimately, almost all E.coli loses D20 by cell division, therefore plasmids are completely lost by almost all E.coli (Because D20 is distributed E.coli which is not traced).

We collated data from the thesis which we referred to in building a model, adjusted and estimated reaction rate constant "kagg" which is unknown. As a result, we concluded that kagg is 3*10**-31(L/min).

We averaged the concentration of reporters, the results are as follows. 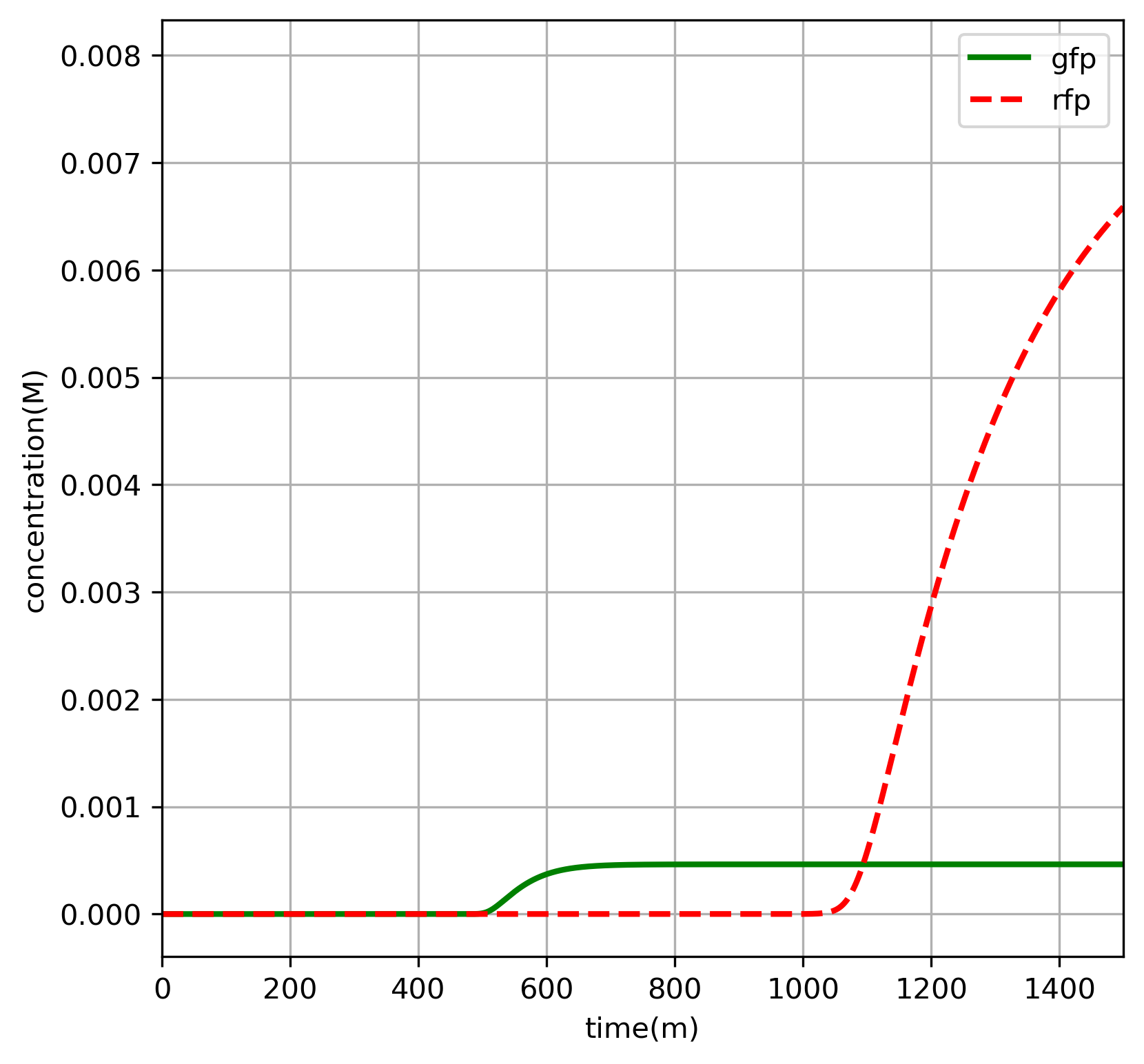 Then, we investigated what is the most effective parameter for customizing the time difference in order to make BLOOM useful.

The degradation rates of repressors 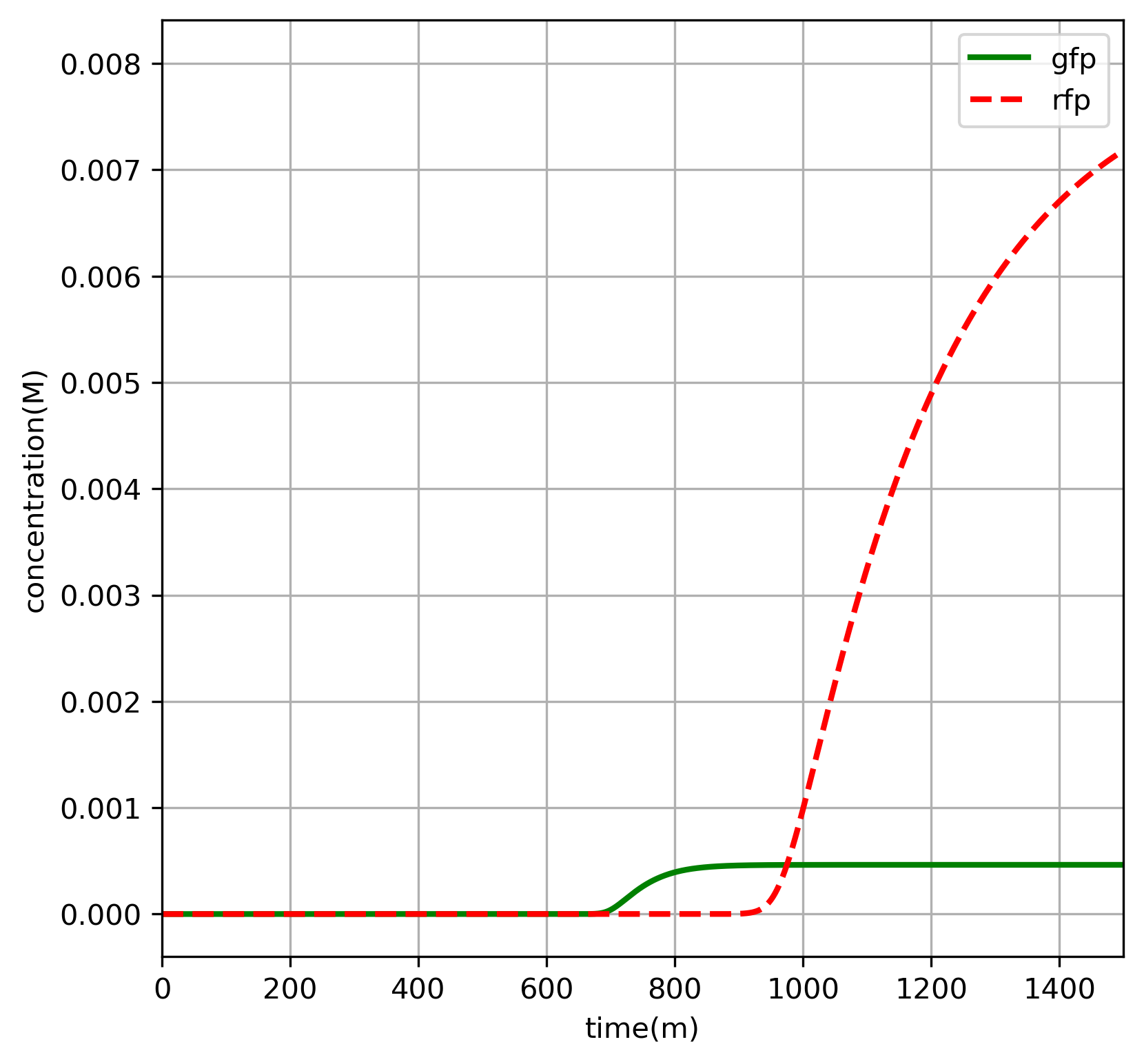 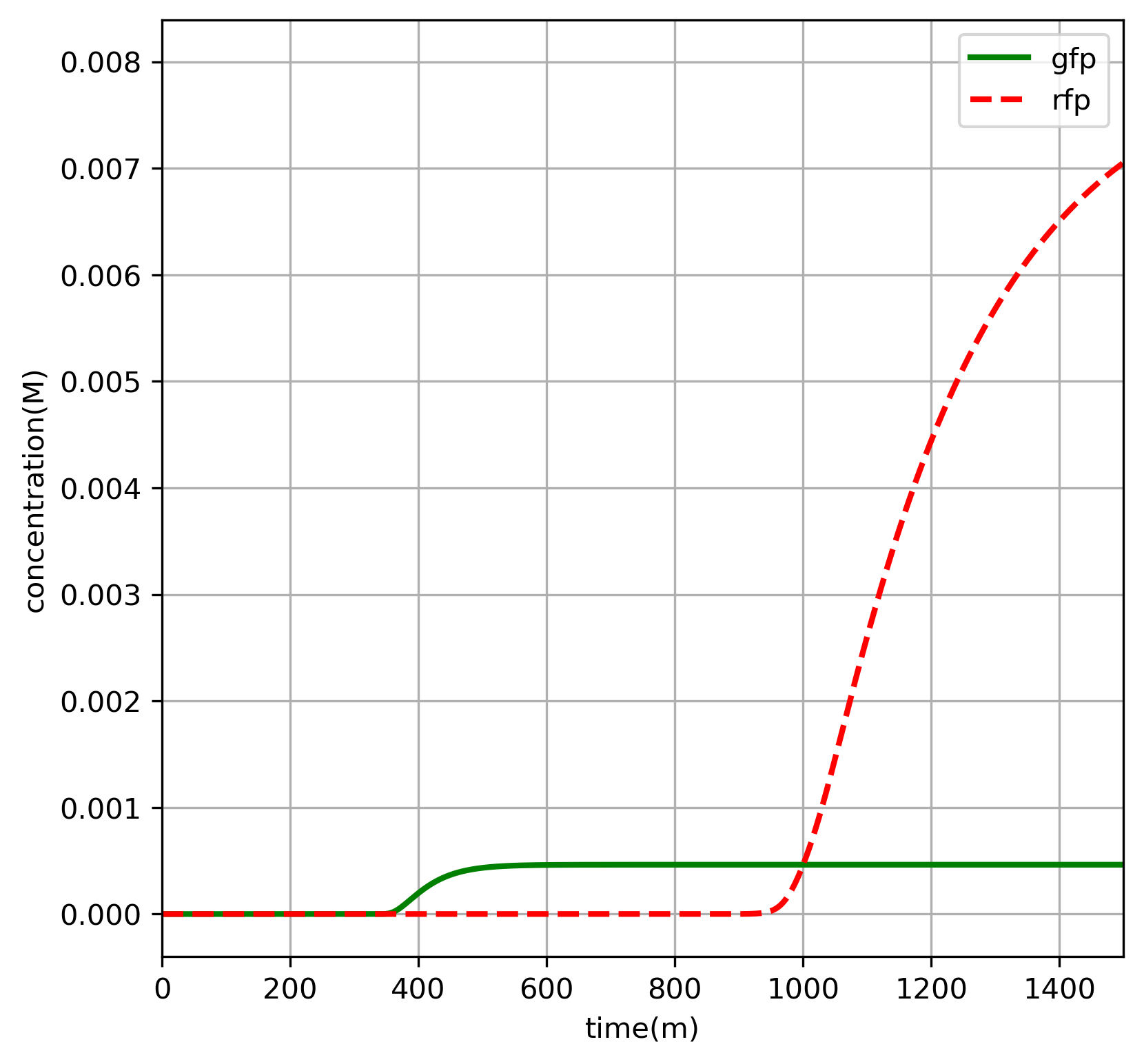 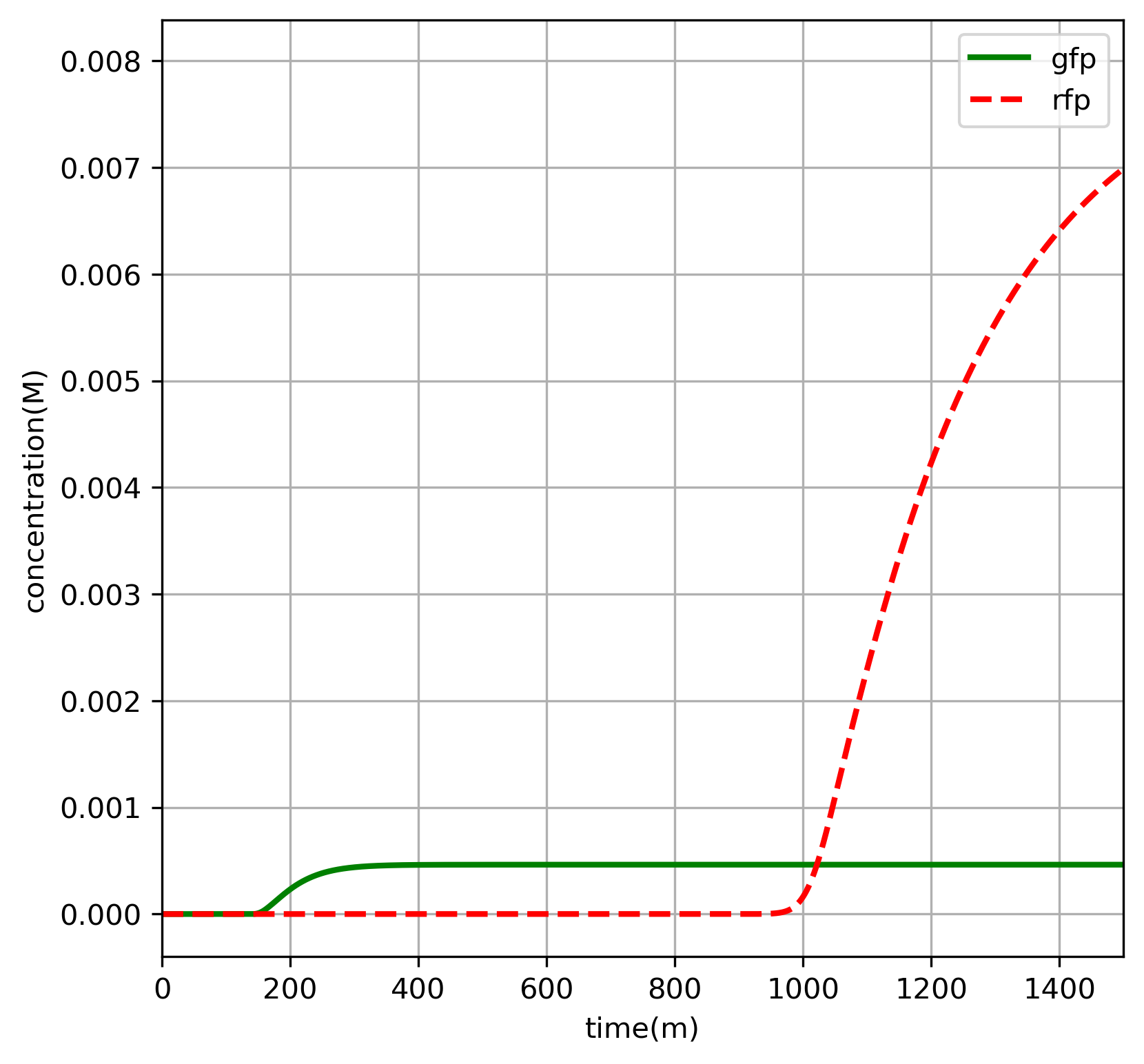 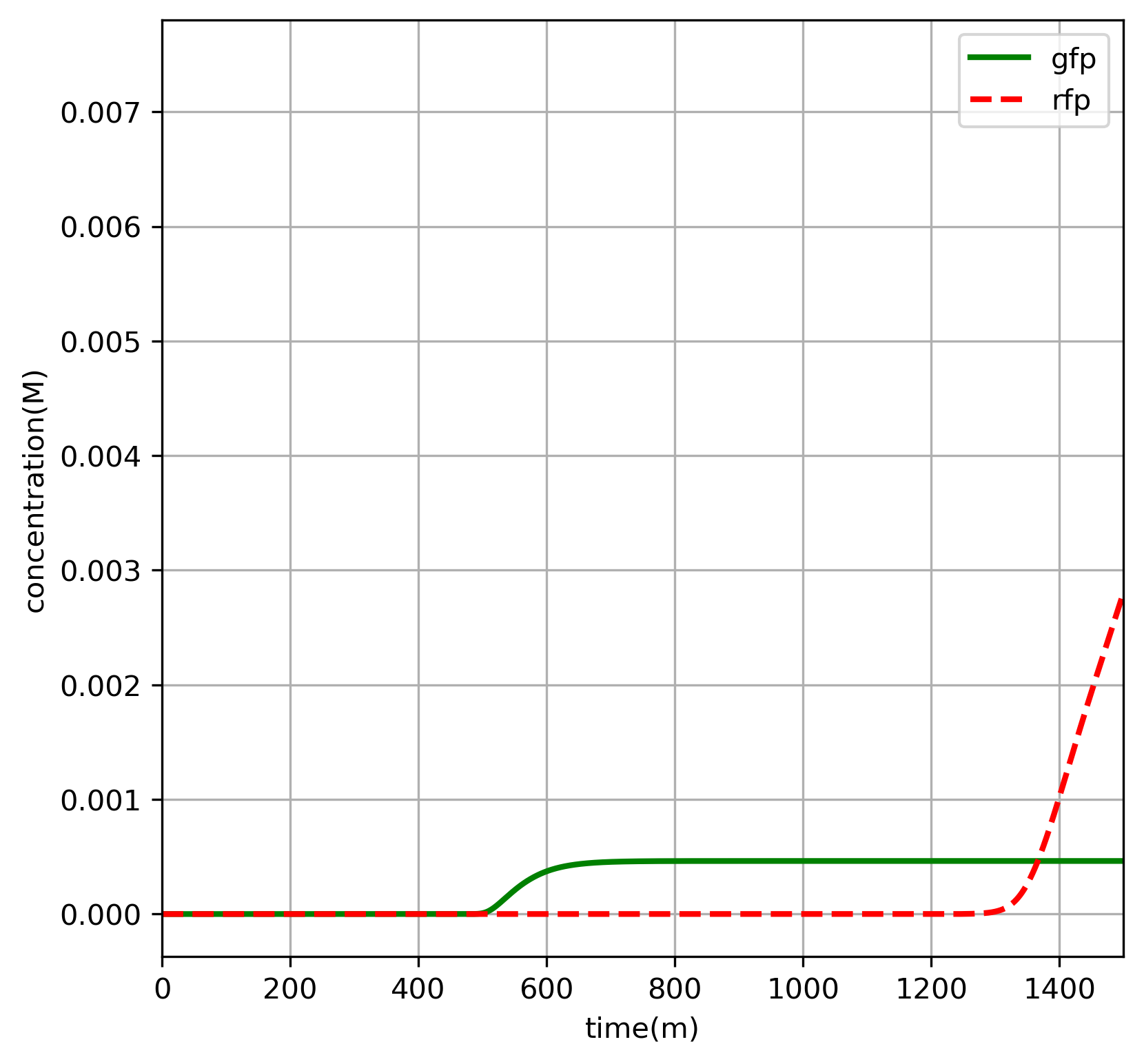 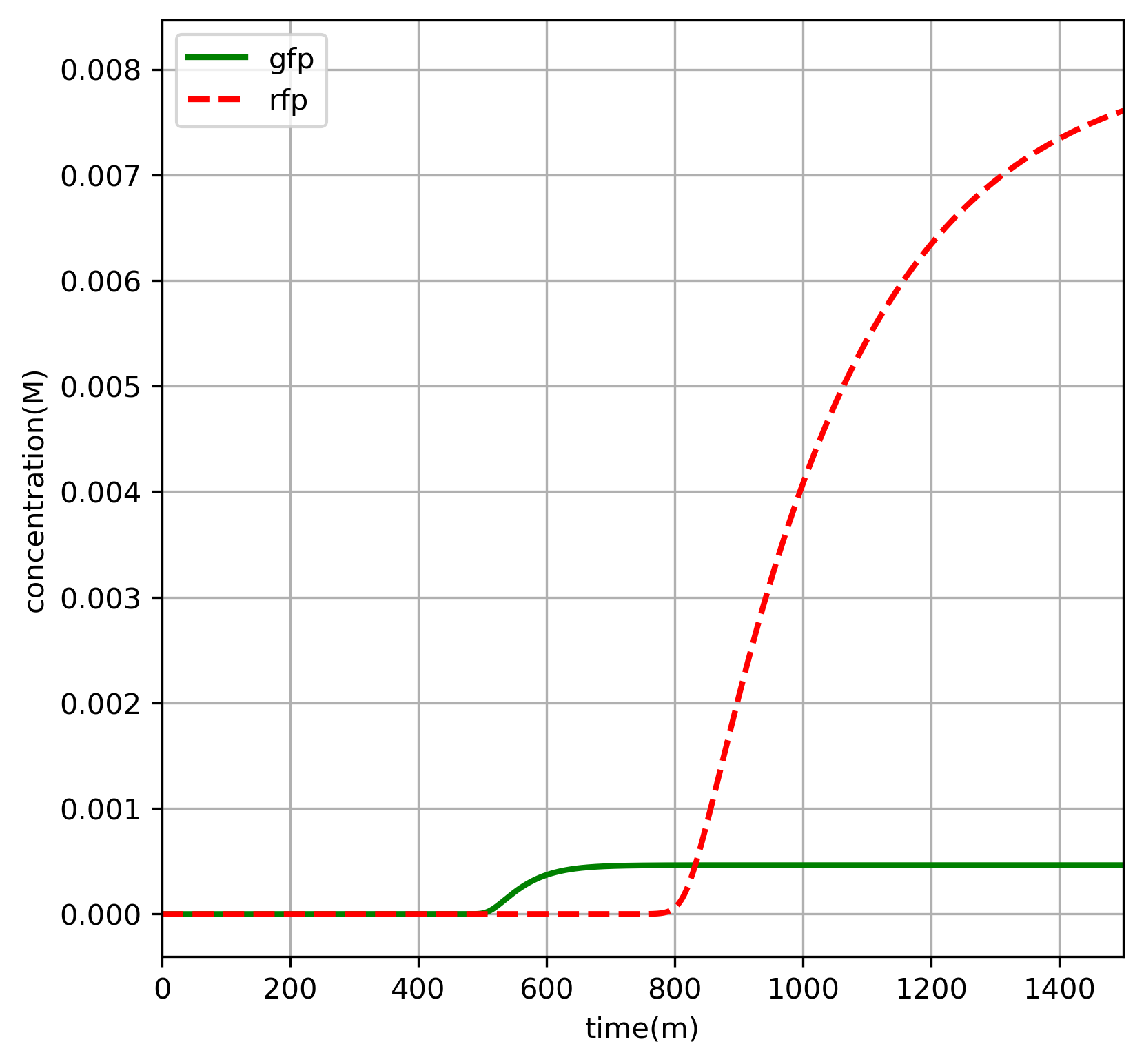 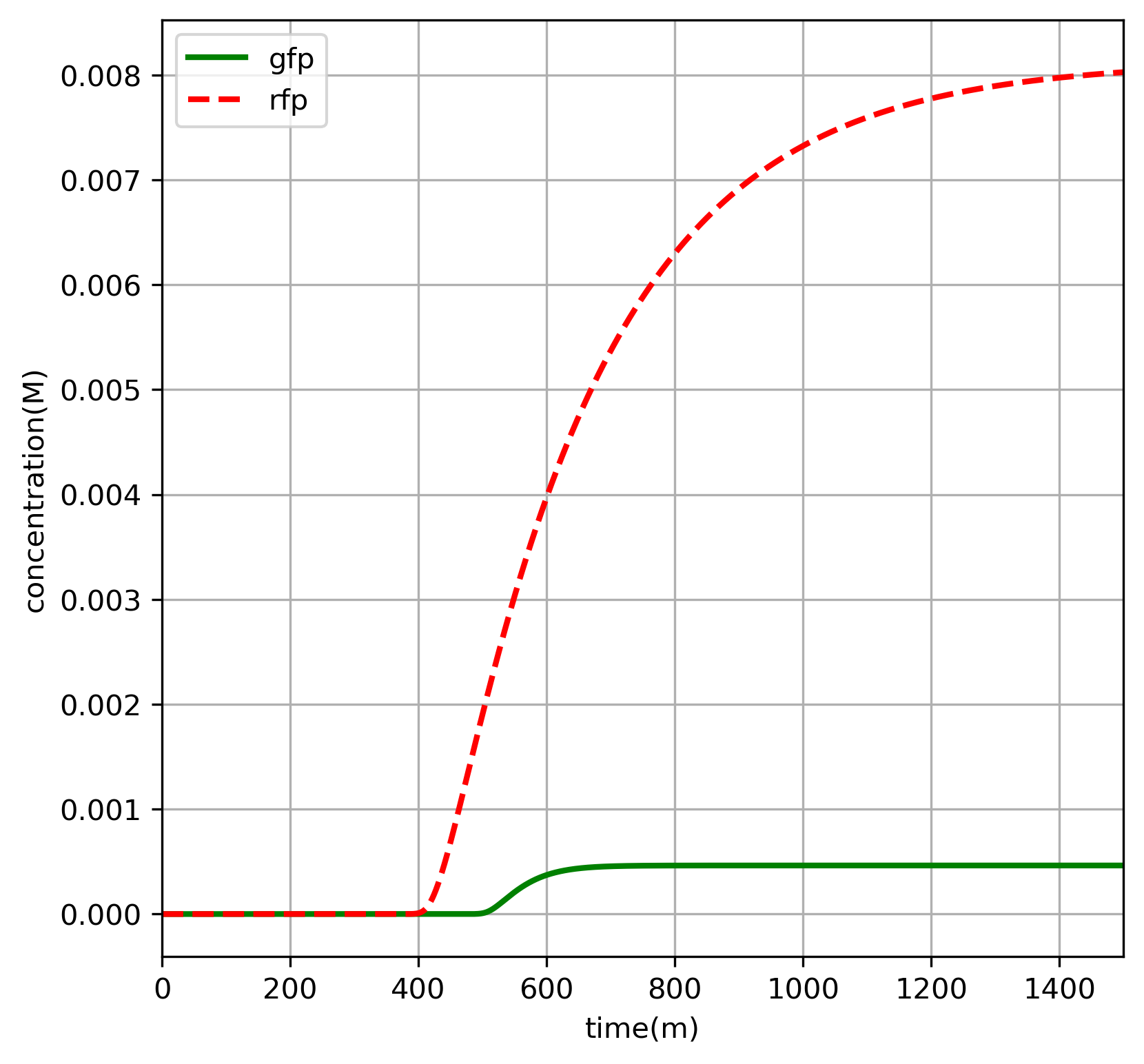 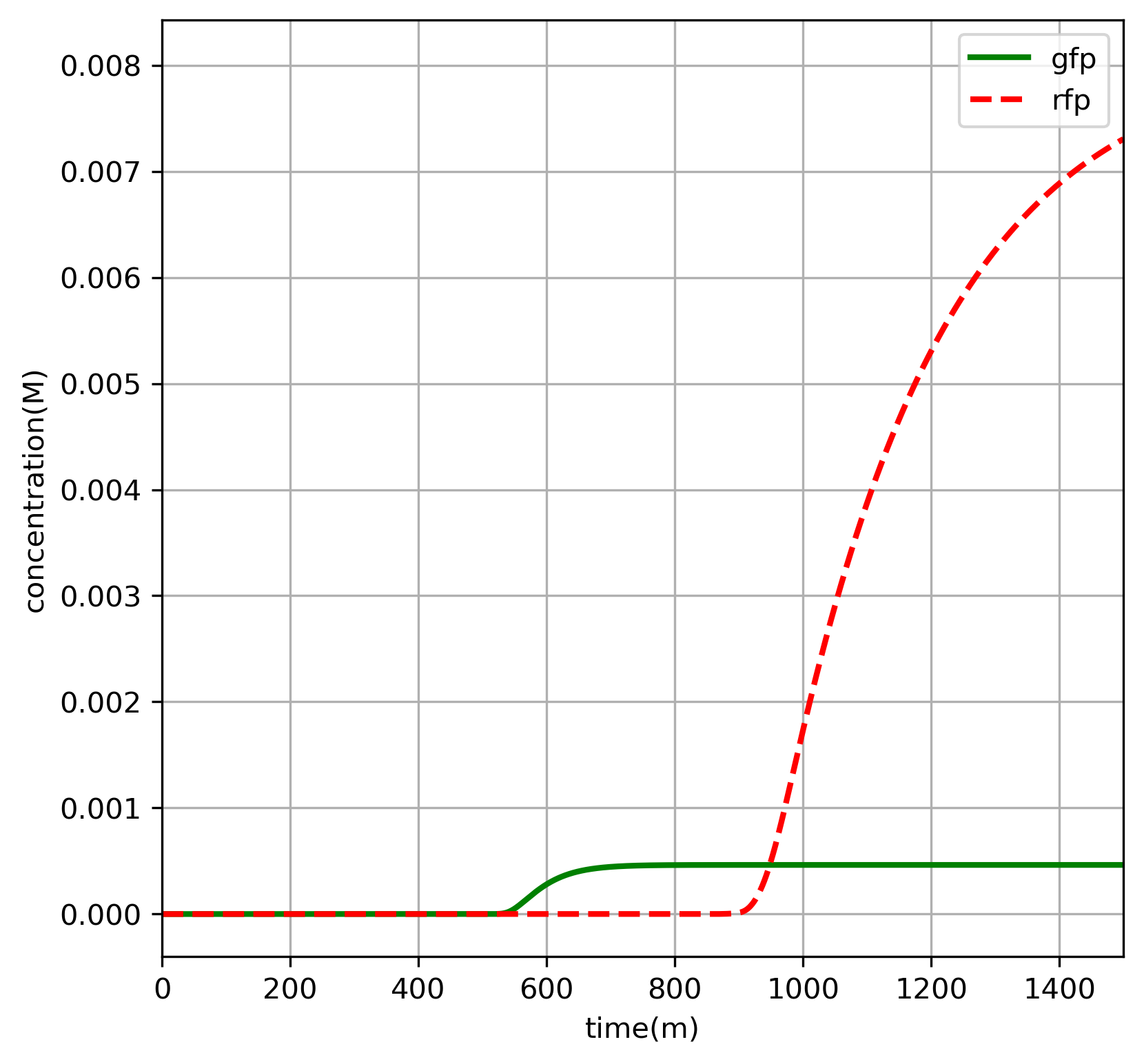 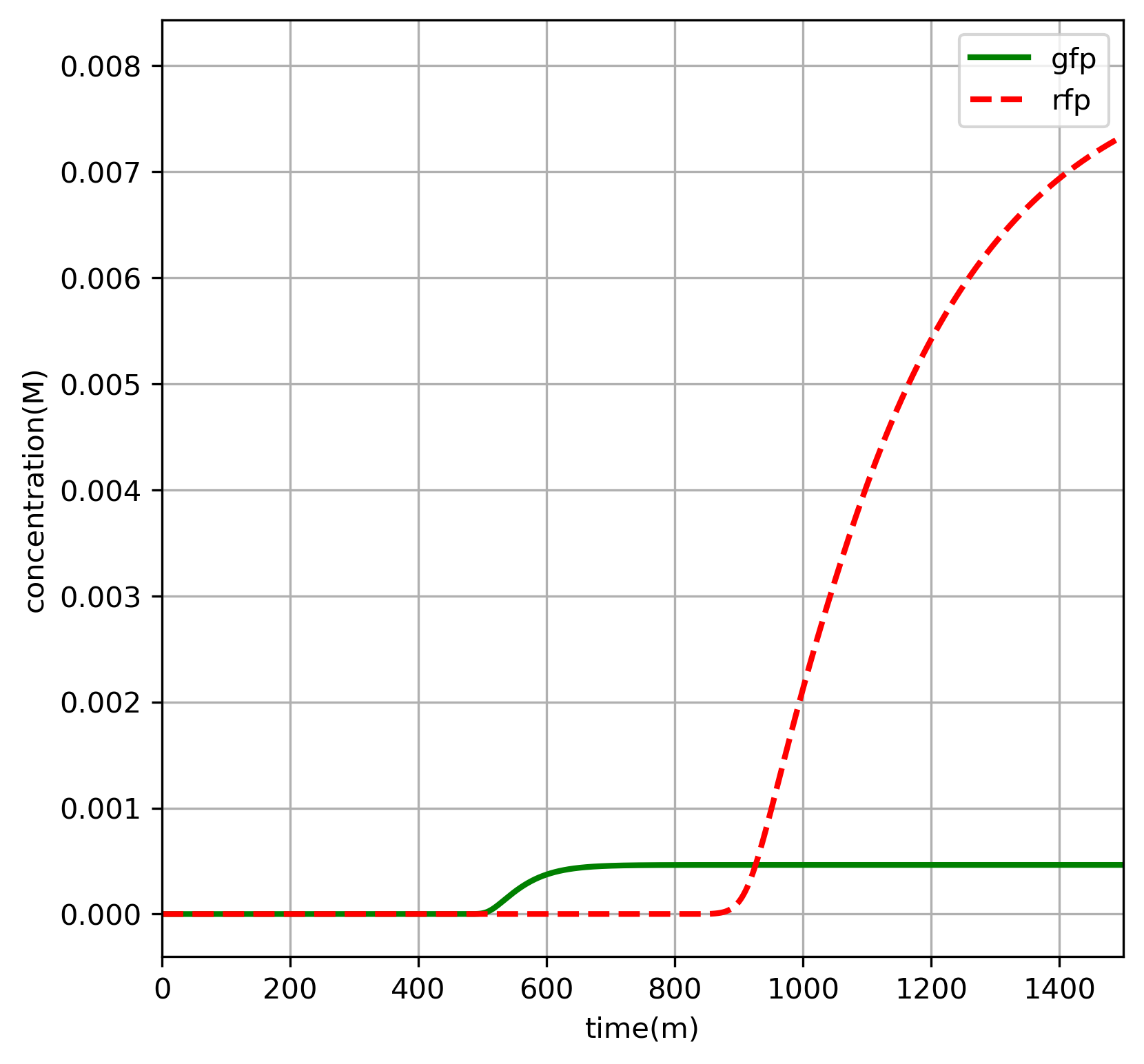 
Maximum of the copy number of plasmids

Fig.25 Original
(Maximum of the copy number of plasmid is 20.) 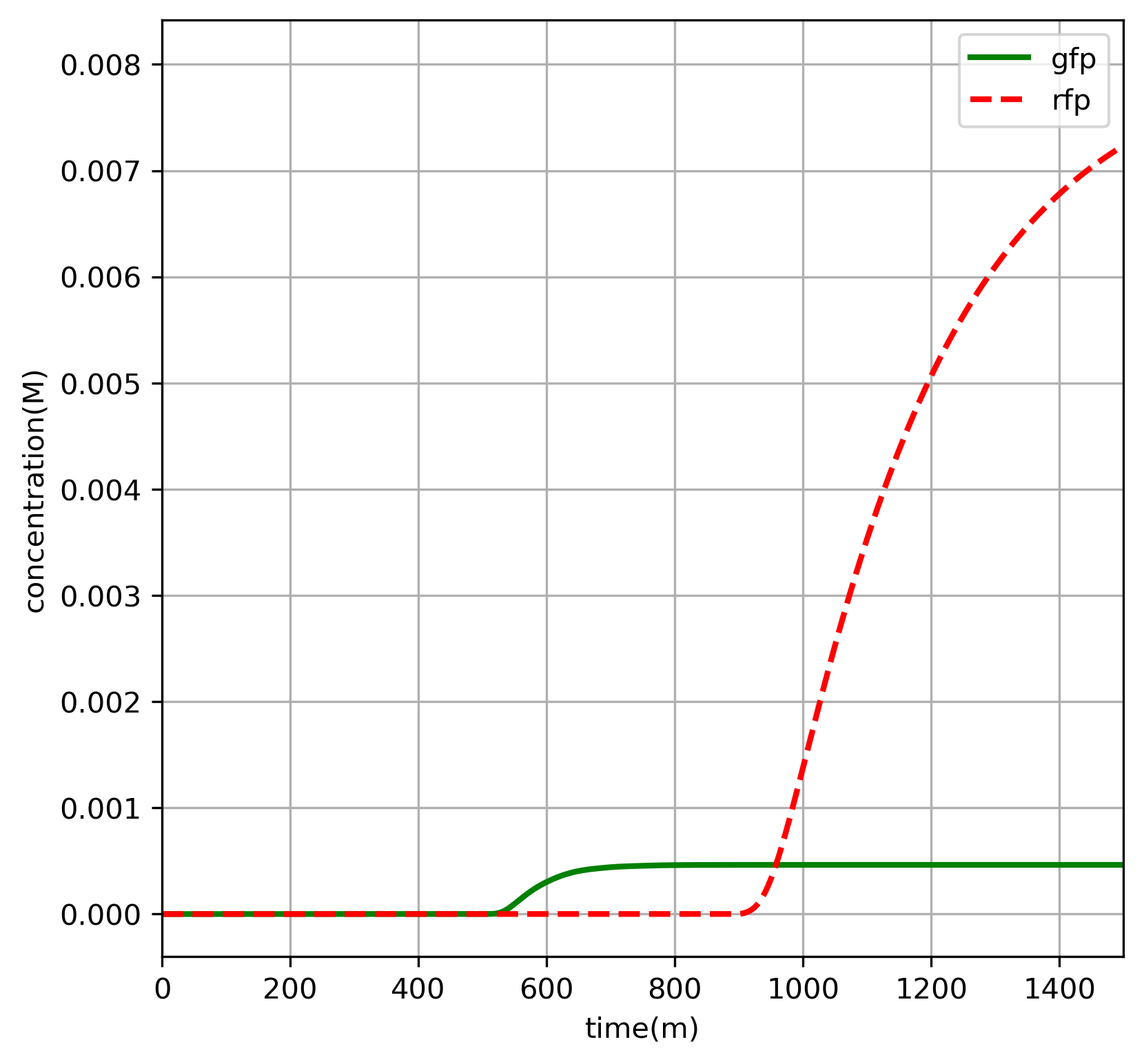 Fig.26 Maximum of the copy number of plasmid is 100.
Arabinose concentration 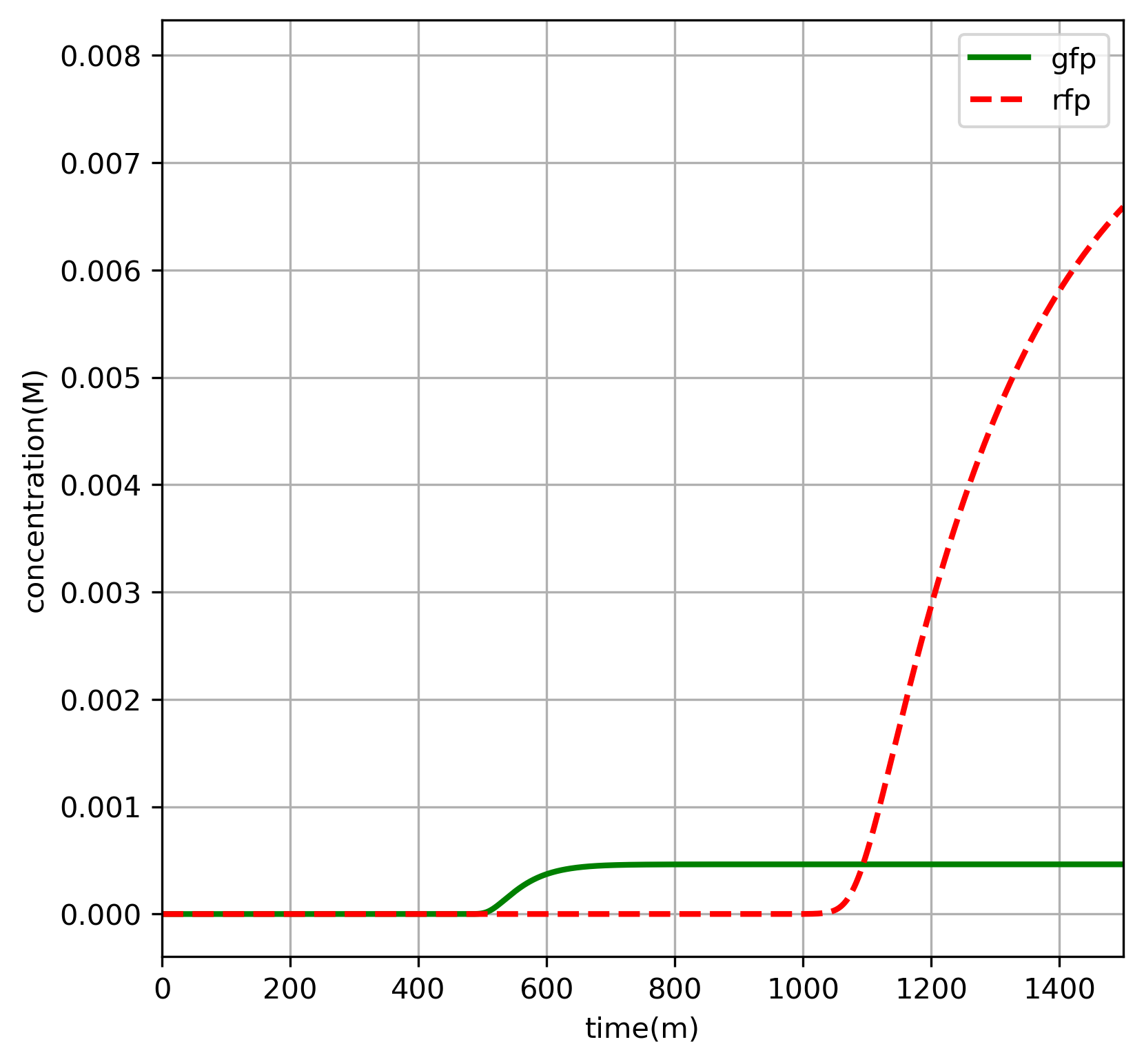 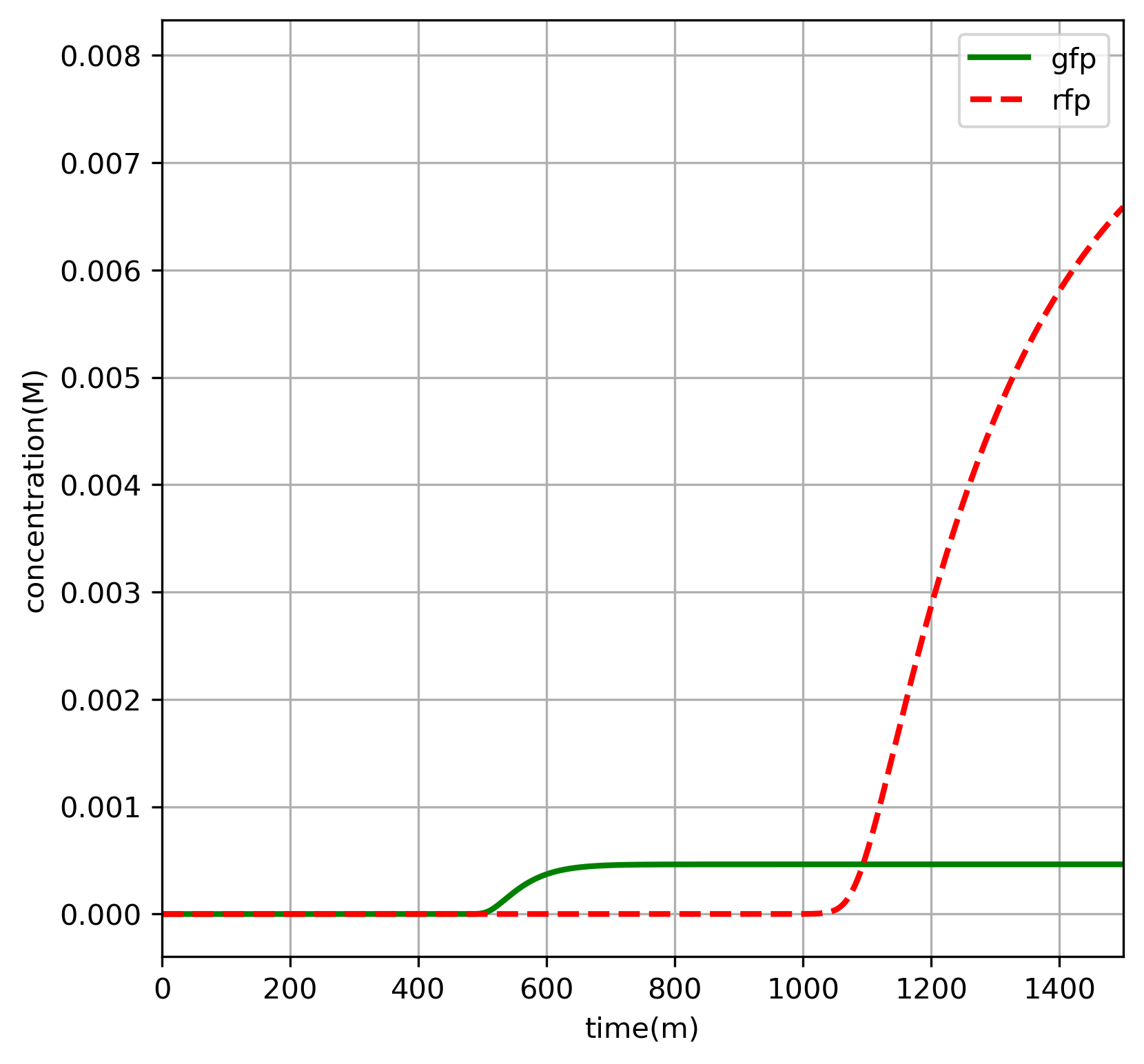 Our conclusion was told to our wet team, and experiments were done to mutate the ssRA tag (protein degradation tag) that regulates the degradation rate of repressor in order to generate mutations that have various degradation rates. As a result, we got various variants of protein degradation tags that have different activities, therefore BLOOM got more applicable.
Result 2 - A2. Can this system be effective for production?
Production
Next, we investigated whether BLOOM is effective for production.
Continuous cultures, in which we continuously harvest E.coli by collecting cultures while inflowing liquid media at a constant rate, are generally more efficient in biomolecule production than batch cultures. On the other hand, we cannot apply complex system to continuous cultures but can be applied by batch cultures. We devised a production method that is efficient close to that of continuous cultures and can use a complex system as well as batch cultures by using BLOOM. In this section, we compared a continuous culture system introducing BLOOM to batch culture by calculating production efficiency. In our system, we can get permanently and automatically E.coli which the product reaches equilibrium by continuously culturing E.coli introducing BLOOM (2 plasmid).

We discuss the system in which E.coli produces GFP by using a 1L culture tank in 24 hours in order to simulate continuous cultures introducing BLOOM. E.coli that we simulated can aggregate and become collectable by expressing the aggregation protein “AG43" immediately after GFP reaches equilibrium. 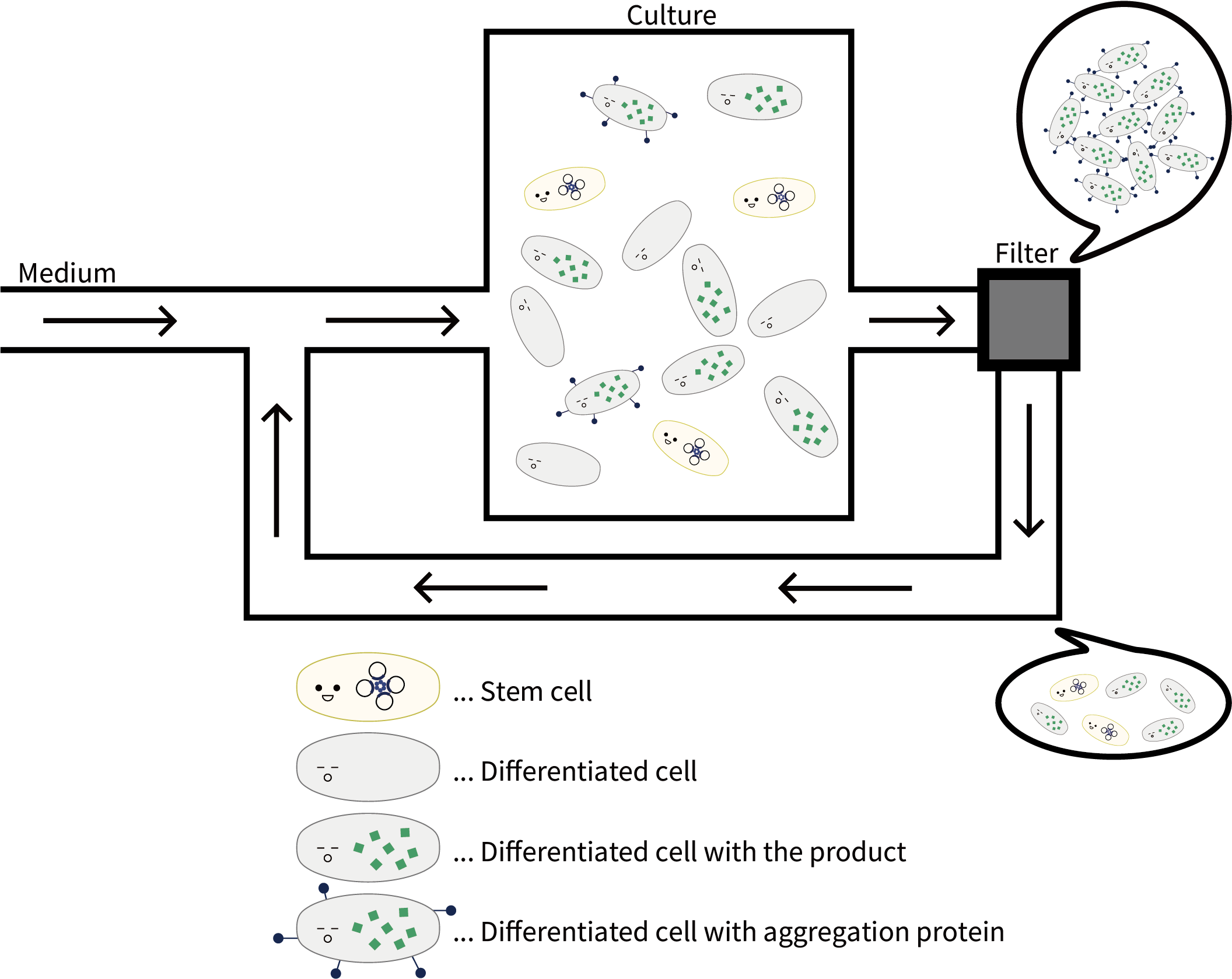 Fig.31
In order to optimize our system, we replaced TetR in the 2 plasmid system with TetR with ssRA tag(WT) and replaced cI in the 2 plasmid system with cI with mutant ssRA tag of which the degradation rate is 0.126(1/min).
The transition of the averaged concentration of GFP and AG43 in one E.coli is as follows. X-axis is the time after introduction of arabinose, which is an inducer to start reactions. 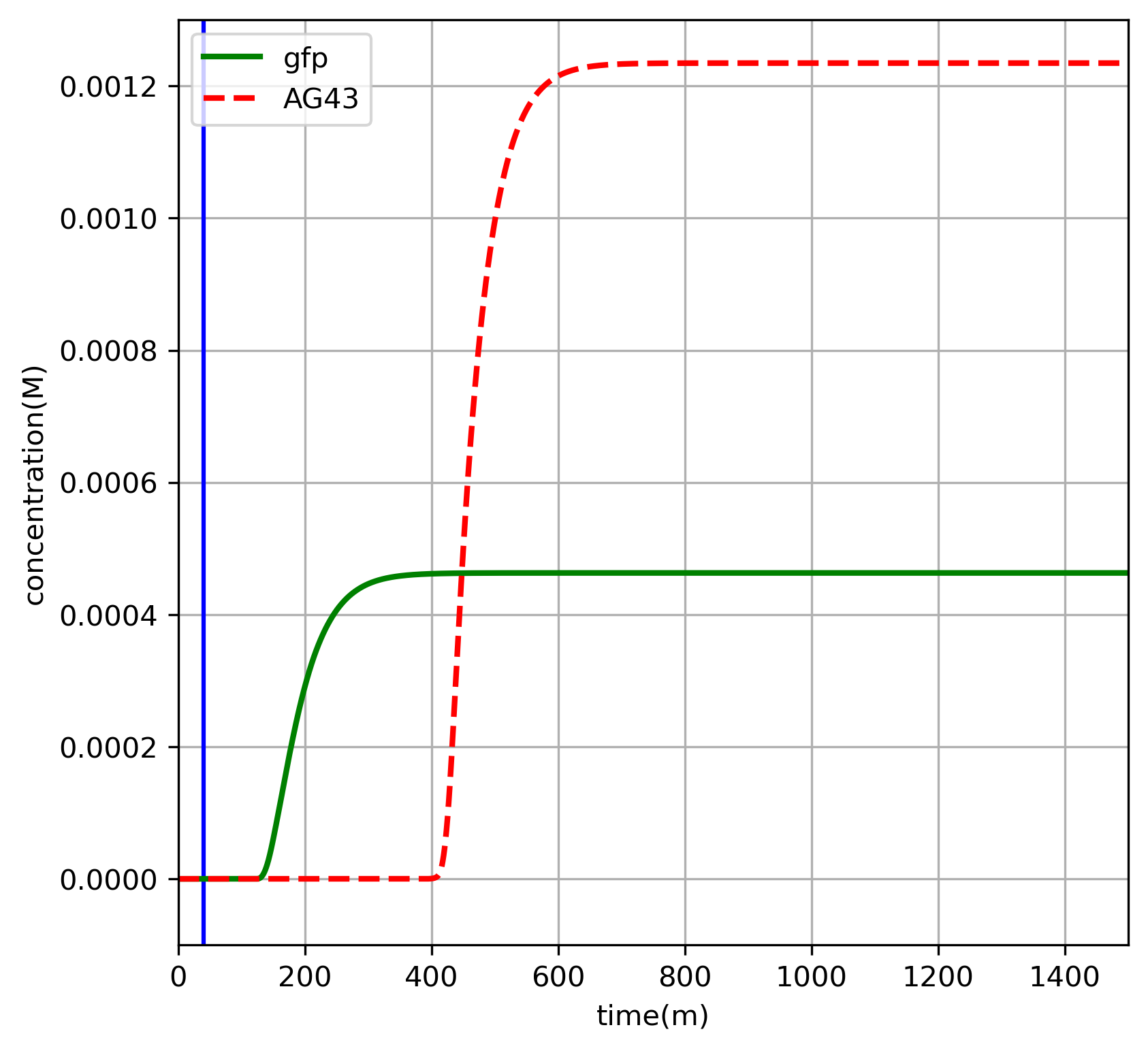 Fig.32
The blue auxiliary line means averaged time when all plasmid is lost by APP. In non-stem cells, the starting point of the transition between GFP and AG43 concentrations is on the blue auxiliary.
In our system, differentiated cells missing plasmids are continuously generated from stem cells, and each differentiated cell expresses two proteins in stages with the schedule of Fig.32
On the other hand, we considered a 1L batch culture system that incubates for 8 hours, to compare with our system. The protocol of the batch culture was referred to that of peptide purification of our wet team.
We used the assumptions below.
The amount of product in our system, Vc(mol) can be formulated as the function of the time t(h) and the interval int(h) and the volume of culture tank L(L). The concentration of the product in E.coli when the product is in equilibrium P(M) as below. 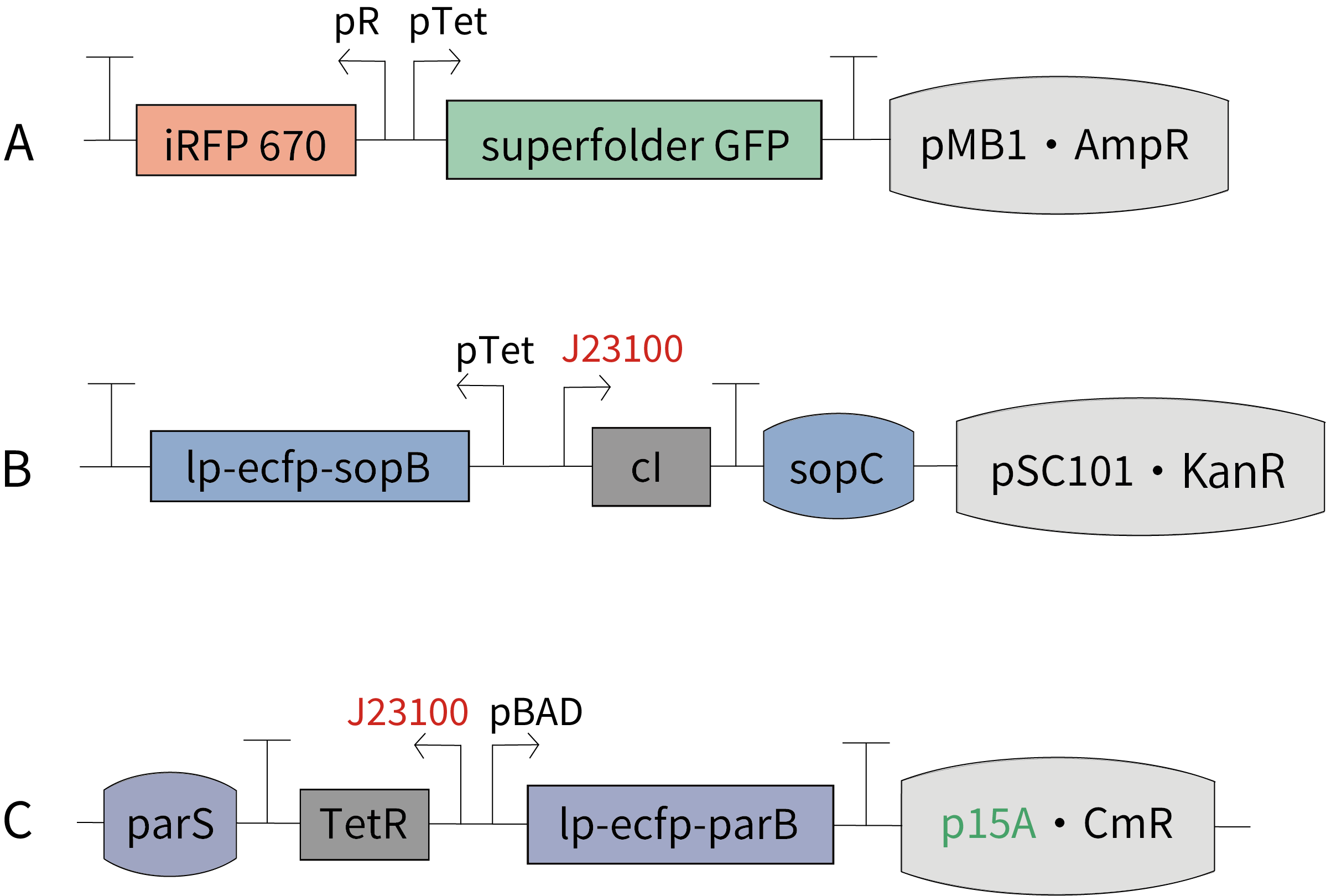 Fig.35
In the 3 plasmid system, the mechanism of APP is described by the figure below. This mechanism is explained in detail on this page. 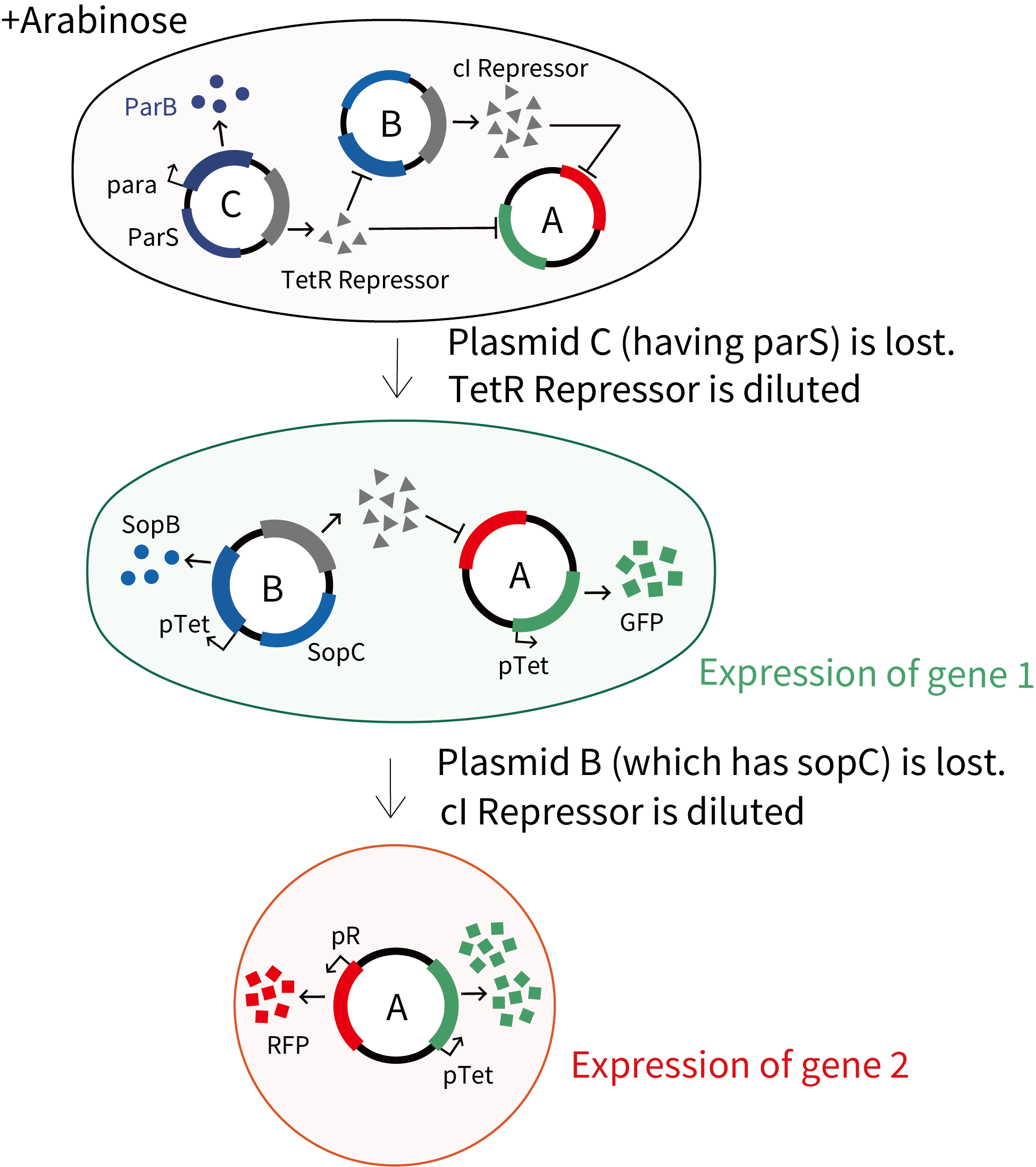 Fig.36
The set of new parameters we used in this simulation are presented in the table as below.

We simulated the 3 plasmid system 10,000 times in this way and averaged the transition of the total number of B, C plasmids in E.coli. The result is shown below. 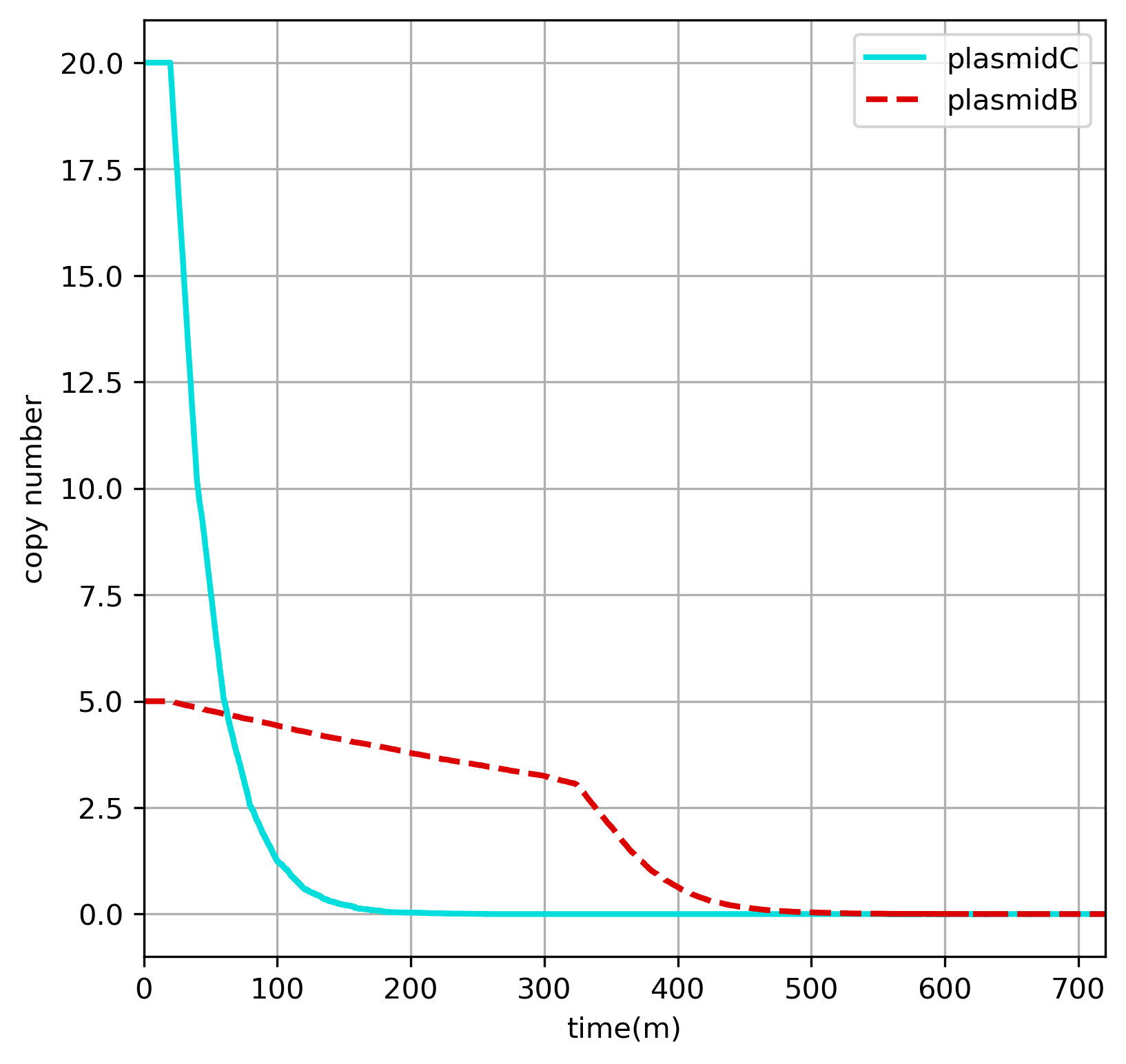