Our modelling focus is highlighted as shown. While our analysis is done only for MMP9 which we have used to demonstrate proof of concept, the analysis will be done for each biomarker in our panel. 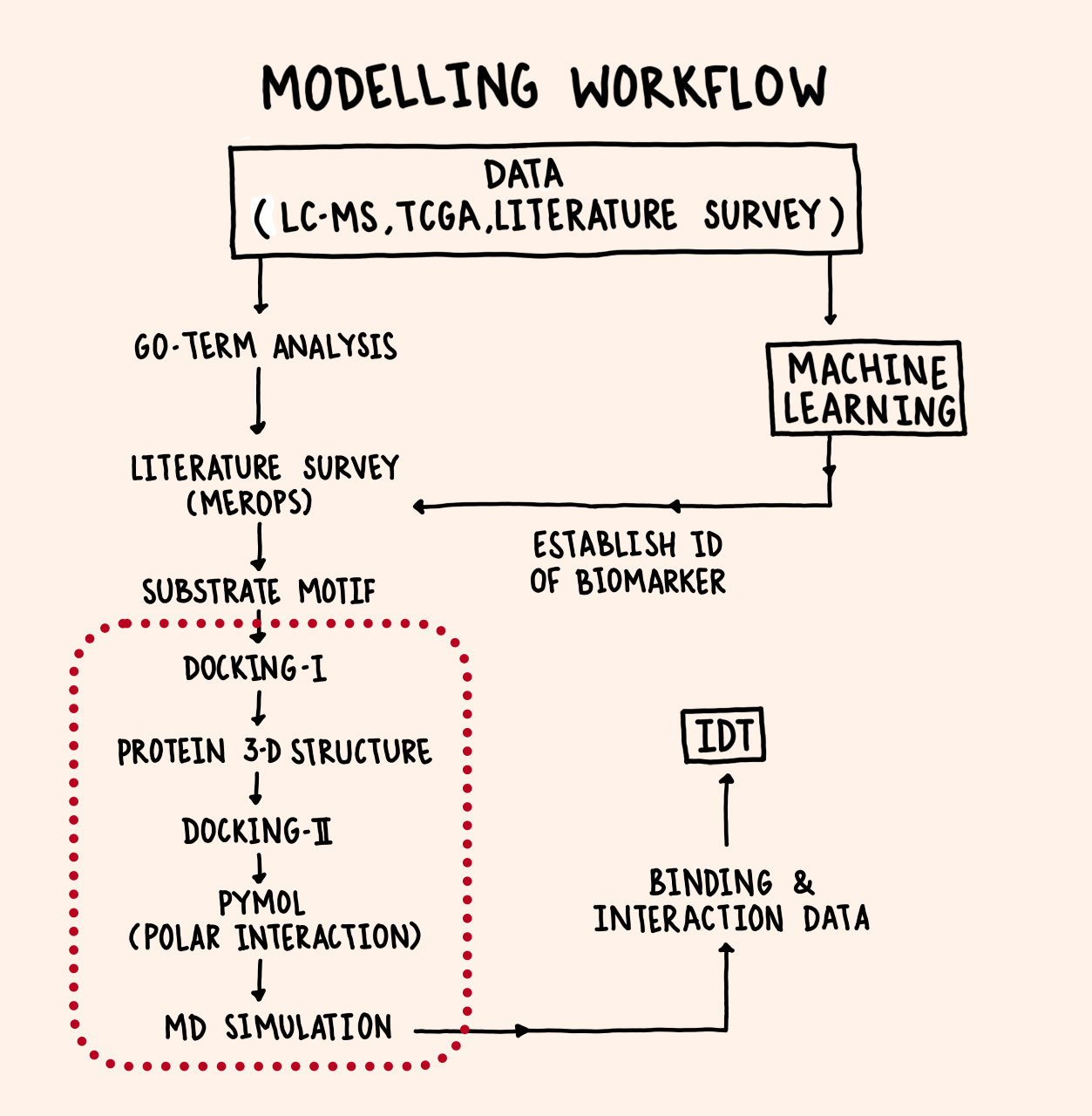 We performed two crucial stages of modeling. This has helped us understand the following points:

Before we began the modeling for the wet lab work, we needed a crucial piece of information - the substrate sequence.

This completes the first part of our modelling.

Now we proceed to the Molecular Dynamics Simulation - to get dynamic interaction information.