The setup was simulated in COMSOL Multiphysics to visualize the ray tracing.

The entire protocol can be found in our lab notebook, here.

The spectrometer is calibrated using a CFL (Compact Fluorescent Lamp) bulb. The calibration is done by identifying 3 peaks in the spectrum of light from CFL bulb. We used a Thor labs spectrometer and identified 3 peaks.

With 3 peaks as standard we can calibrate OSCCit spectrometer upto the quadratic order.

where x is the pixel number. 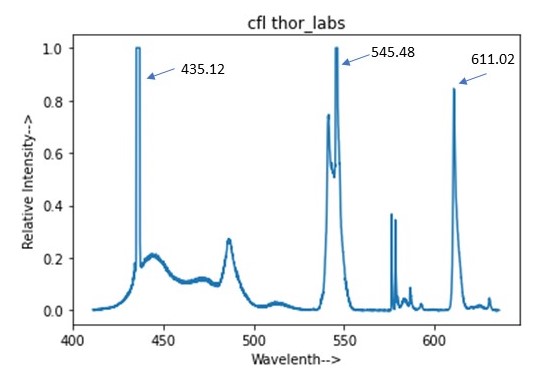 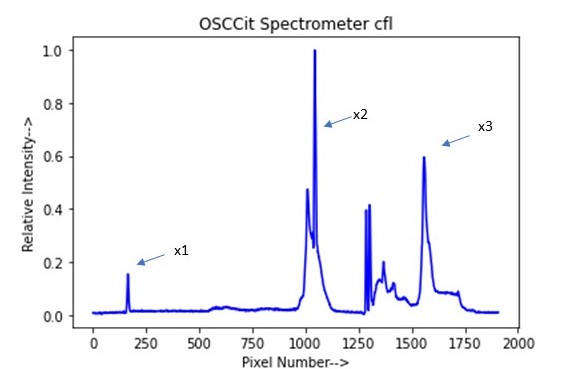 We can operate OSCCit spectrometer in two modes:

In this mode, we can take spectrum of any given source. We have to place the light source in from of entrance slit. We record the spectrum and process it in OSCCit assistant app. Detailed instructions can be found on operation manual.

Fluorescent Imaging of Single Nanoparticles and Viruses on a Smart Phone