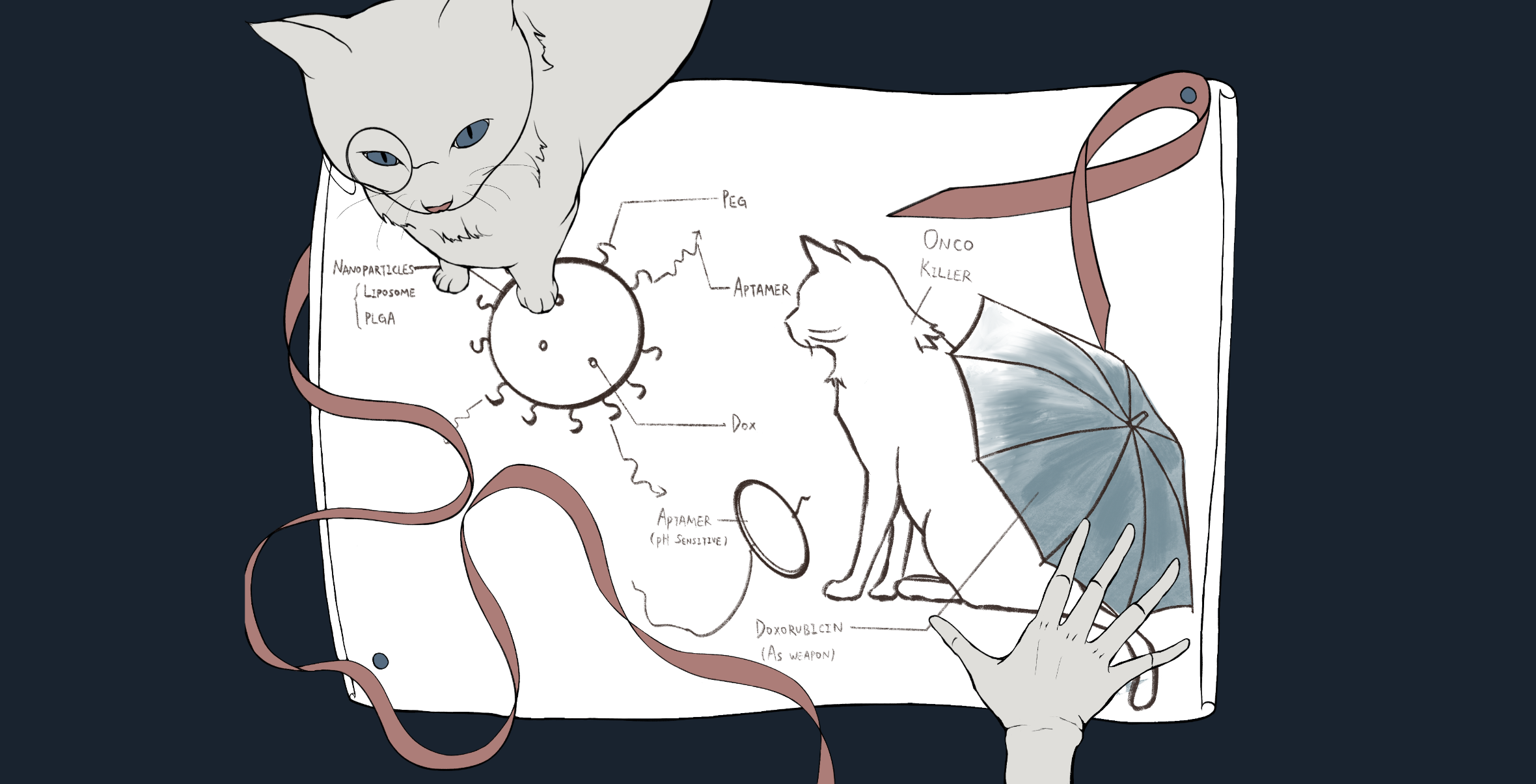 Technologies that mediate tumor-targeted drug delivery are needed to improve their therapeutic efficacy and safety. This year, GreatBay_SCIE have demonstrate the feasibility of a novel targeted drug delivery system, consisting of aptamers conjugated to nanoparticles, encapsulating Doxorubicin (as a model drug).Similar to that of ADC, we use aptamer in the place of antibody, which exhibits significant advantages relative to protein therapeutics in terms of size, synthetic accessibility and modification by medicinal chemistry[1].

The viability of our delivery system relies on 2 main parts: the proper functioning of the aptamer and the capability of drug release from the nanoparticles. After proving that both parts of our project are working individually, we will verify that we can conjugate the aptamer onto the nanoparticle, and the conjugated aptamer-nanoparticle exhibits potent therapeutic capacity.

The proper functioning of the aptamer is crucial for our system, which ensures the nanoparticle can selectively bind to, and can be successively engulfed by cancer cells.

To verify that our aptamer can actually bind to the HER2 protein, we have tested the disassociation constant of the aptamer, which represents the binding strength of the aptamer, using a sandwich ELISA kit. By using non-linear regression analysis, the Kd of HR2 aptamer for binding with the HER2 protein was estimated to be 1.803 μM, shown in Figure1. 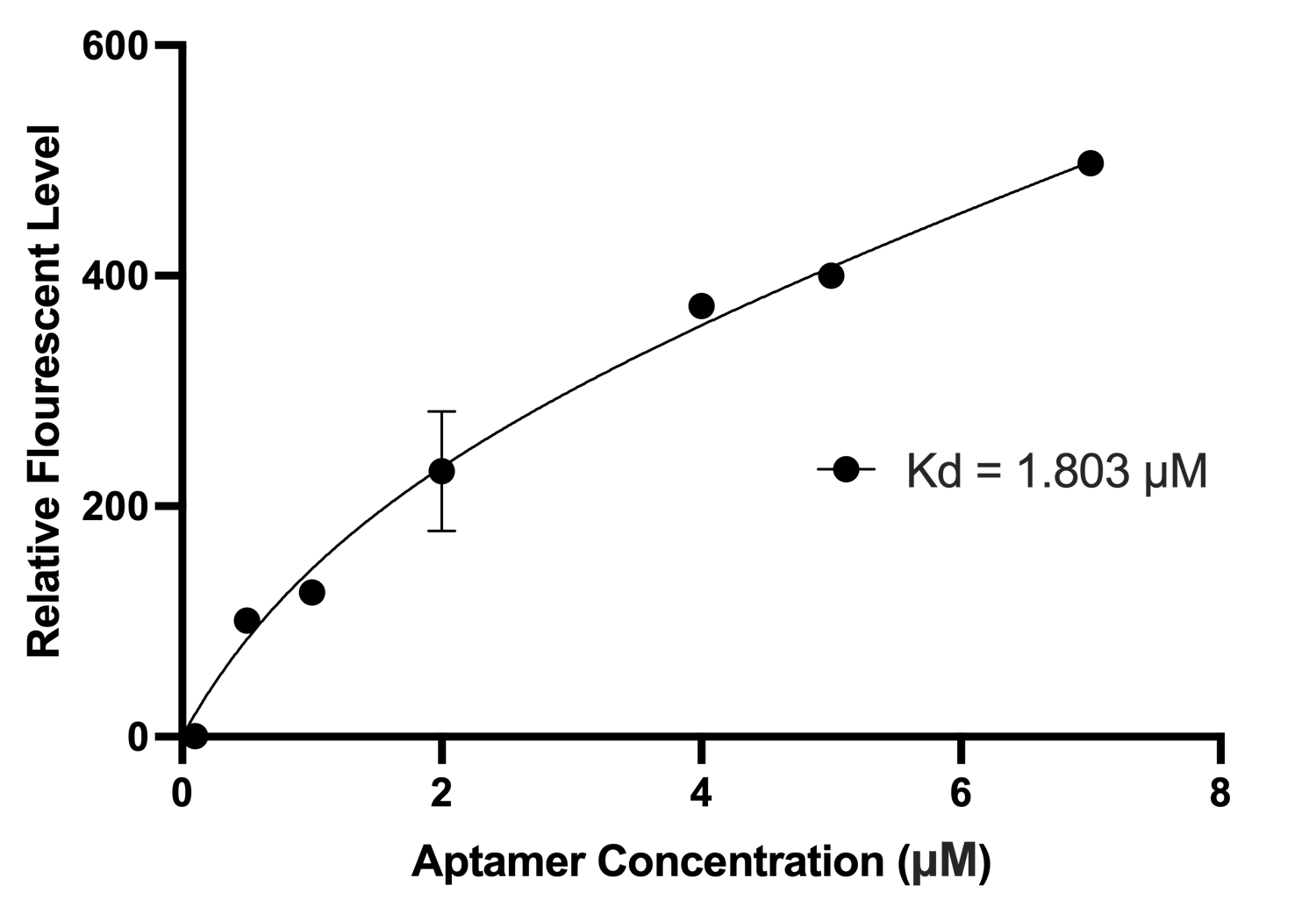 We hope to achieve higher therapeutic efficacy of our drug delivery system by increasing its selectivity to tumors over normal tissues. Due to the dysregulated pH gradient in tumor cells, with a lower extracellular pH (about 6.7–7.1) than that of the normal cells (about7.4)[2], the selectivity can be achieved by introducing a pH-sensitive motif to the aptamer[3], whose binding ability increases as the pH decreases.

We wish to verify the pH sensitivity of our designed aptamer with a modified ELISA test, in which the binding ability of the aptamer was assessed at different pH. However, due to the lack of time, we weren't able to finish this part of the experiment. Still, we managed to obtain a method for the synthesis of pH sensitive HR2 aptamer. 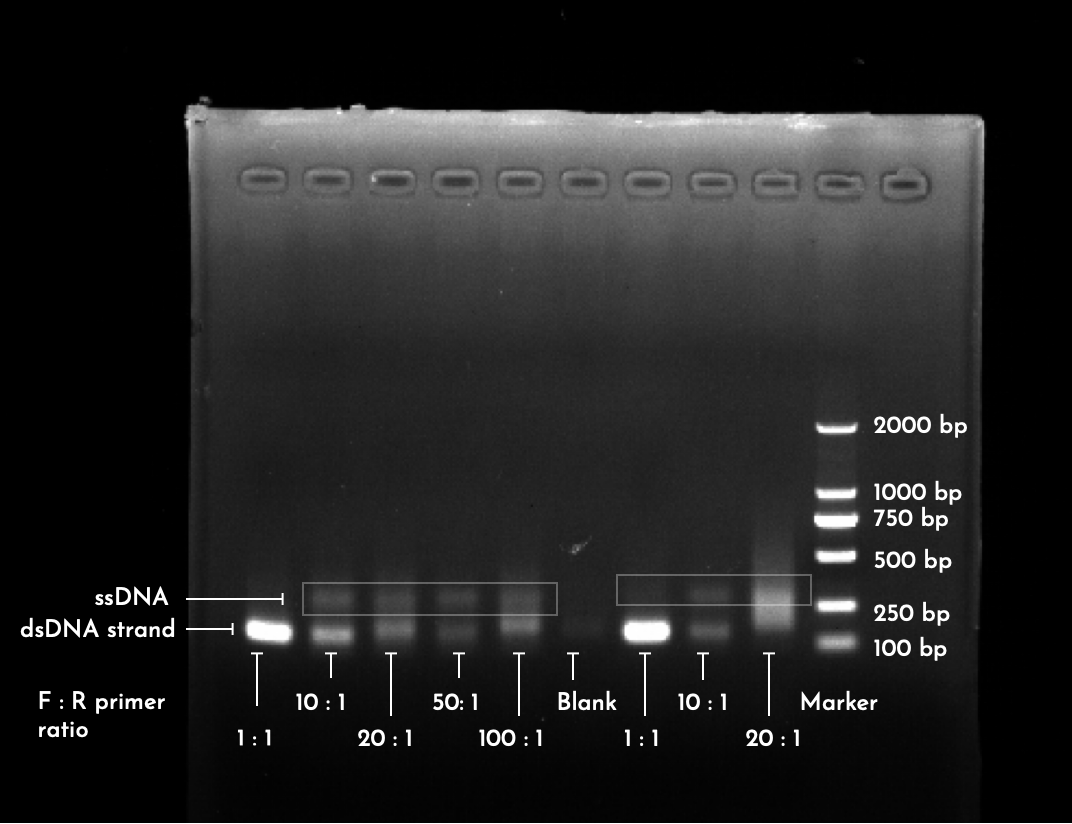 Figure 2 The agarose gel for asymmetric PCR. As shown in the picture, when the F : R primer ratio is above 1 : 1, a blurry new band appears above the original band, which is identified as ssDNA.

Entrapping anti-tumor drugs using nanoparticles is a common strategy of drug delivery for cancer treatment, which renders the system numerous advantages such as enhanced delivery efficiency[4]. The release of Doxorubicin from the nanoparticle at tumor sites, which leads to apoptosis of the tumor cell, is essential for the anti-neoplastic effect of our system. Therefore, we will verify that we have actually entrapped doxorubicin inside the nanoparticles produced, shown in Figure 3. 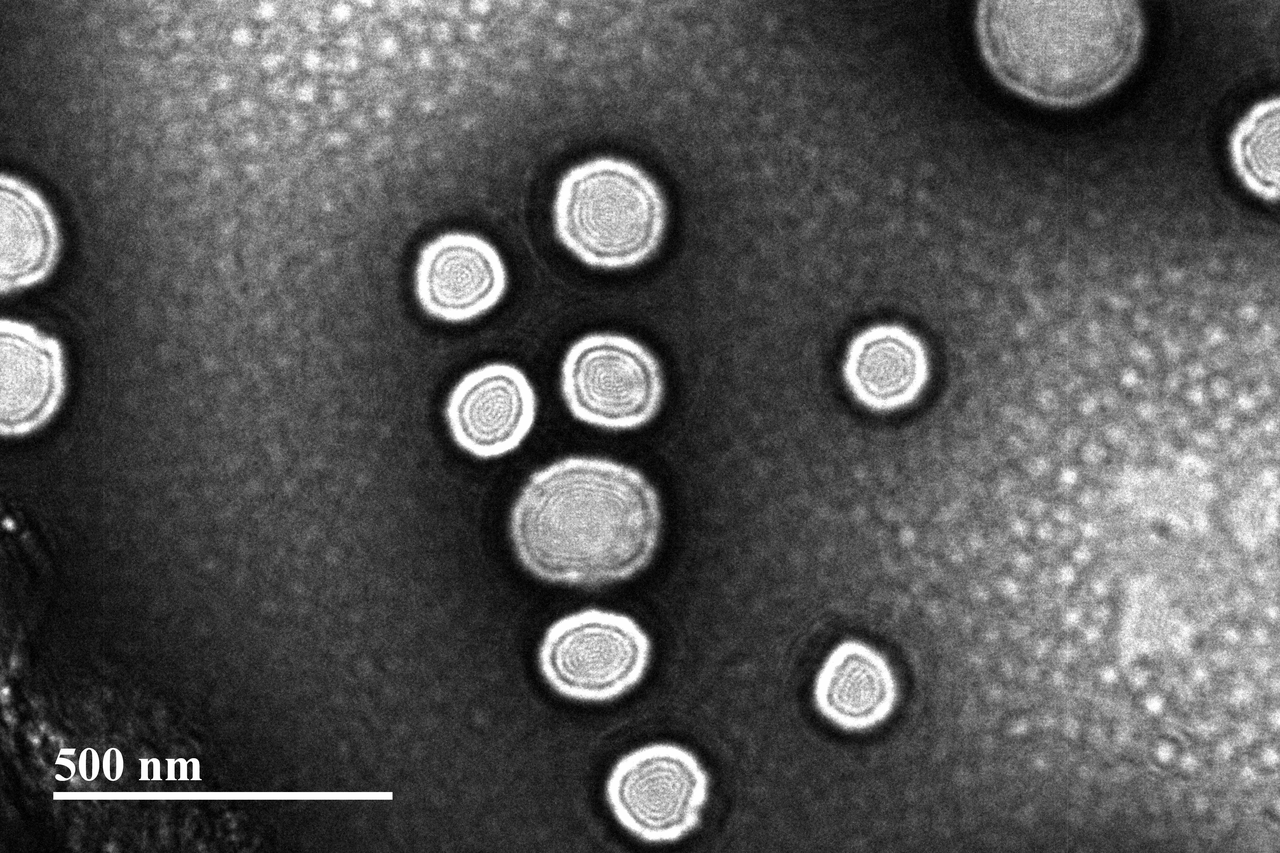 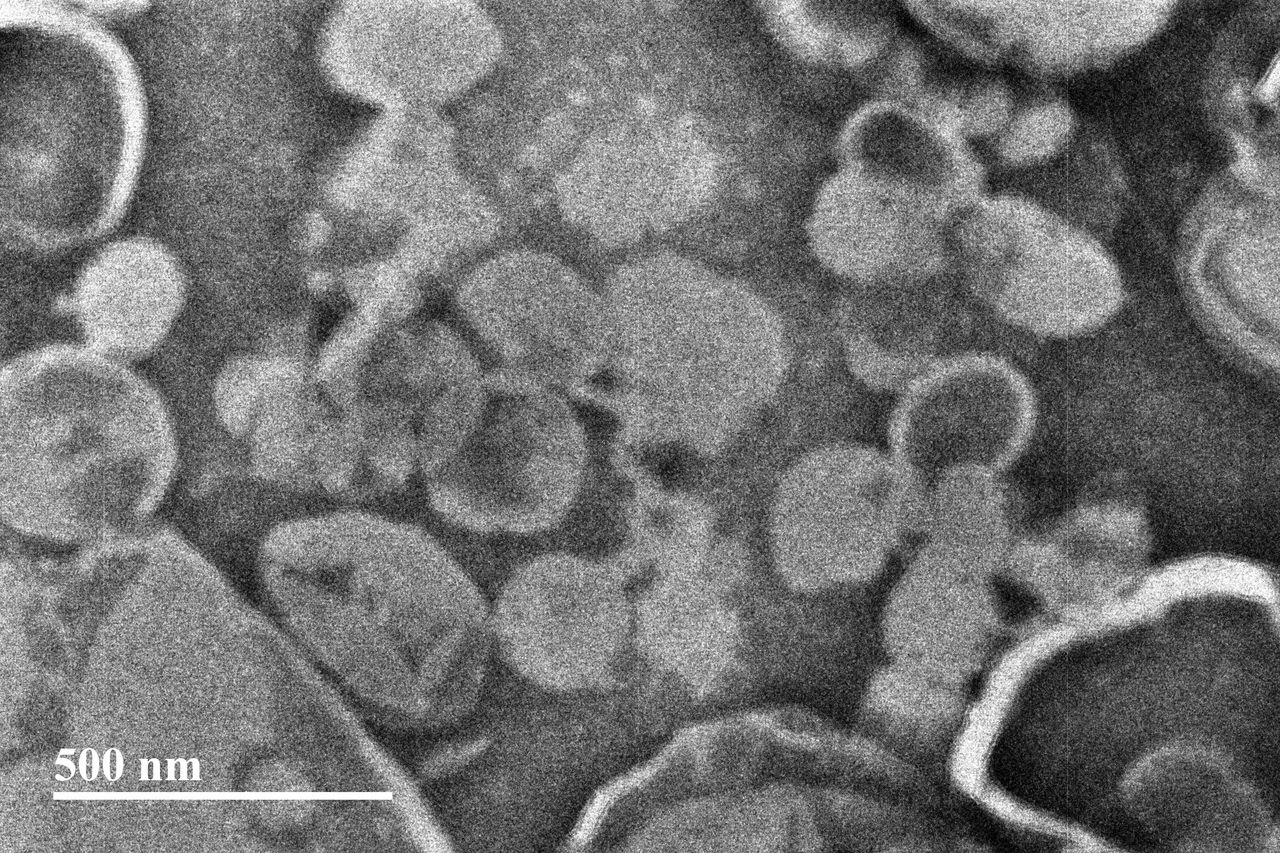 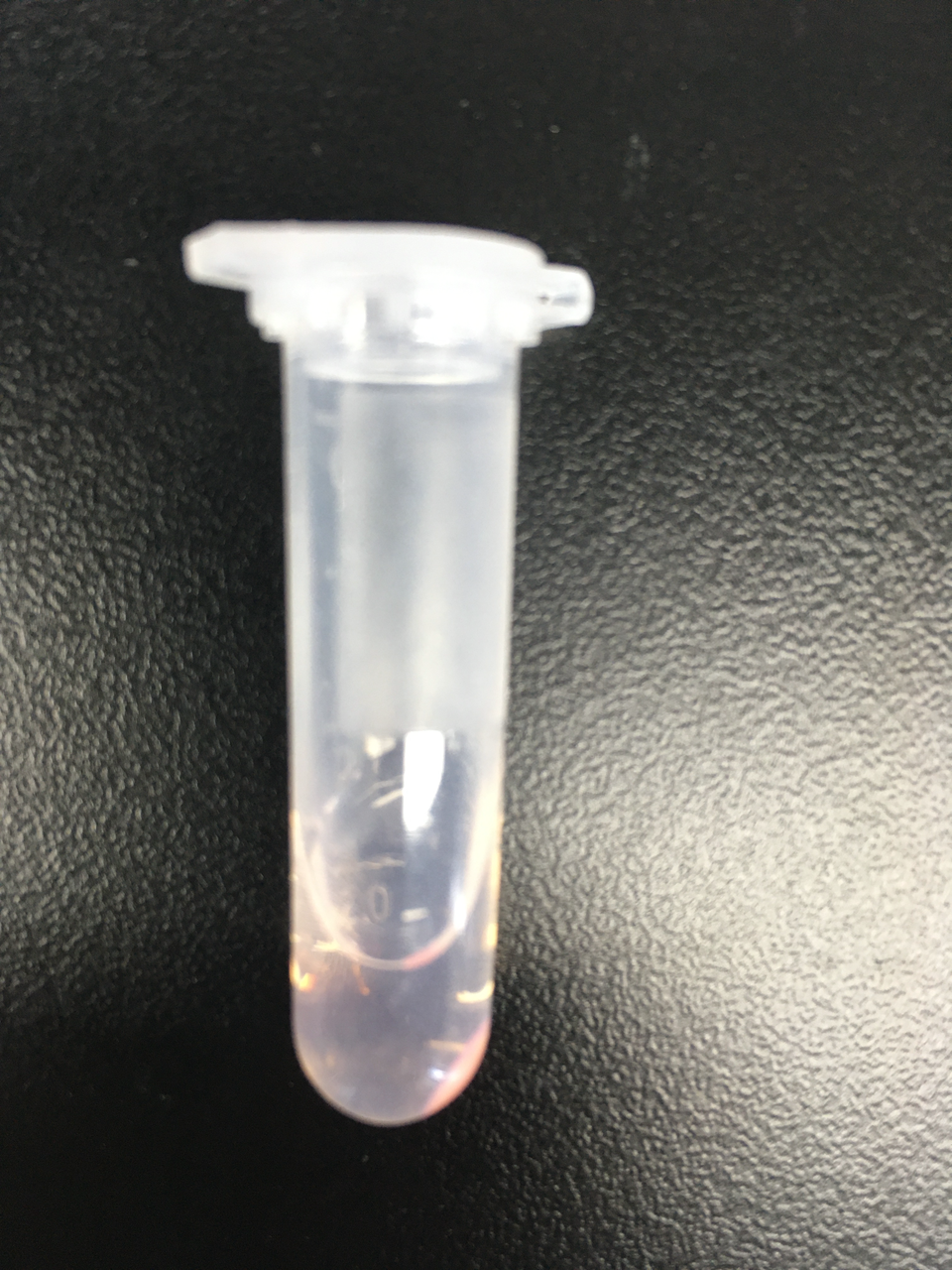 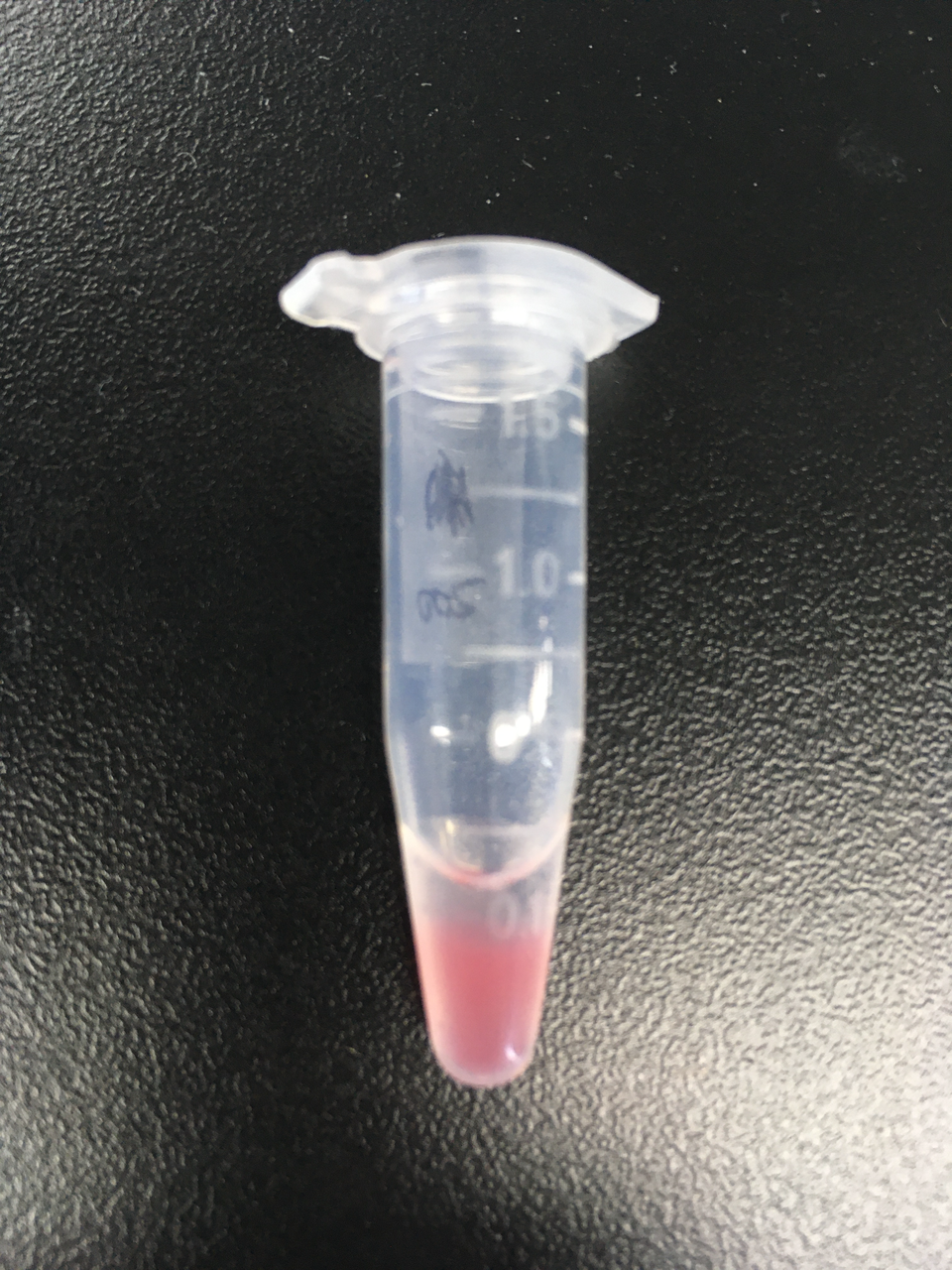 Quantitatively, we have measured the encapsulation efficiency of liposomes, which indicates the percentage of drugs entrapped inside. Our result shows that the encapsulation efficiency was 25%, that one-fourth of the drug used was entrapped inside the liposome. For detailed measurements in the experiments, please see our Results page; for protocol of the production of PLGA nanoparticles and liposome, please go to our Protocol Summary.

Conjugation between aptamer and nanoparticle

We used crosslinking agents N-hydroxysulfosuccinimide (NHS) and 1-ethyl-3-(3-dimethyl aminopropyl) carbodiimide (EDC), to link the 3'modified aptamer to the exterior carboxyl end through an amide bond. The mechanism of the reaction is given in our Experimental design page.

We used electrophoresis, Figure 5, to confirm the successful conjugation between the aptamer and the nanoparticle, for when linked to a nanoparticle, the speed by which the aptamer travels will decrease significantly compared to that of free aptamers. 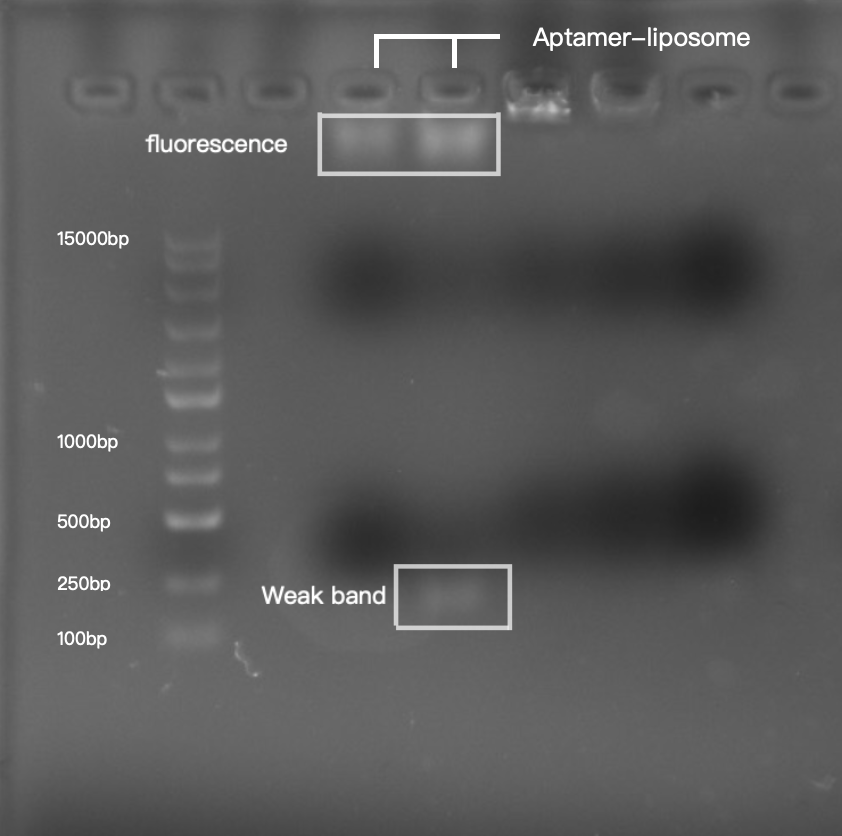 Figure 5 Electrophoresis result for aptamer-liposome conjugation. Lane2: DNA ladder; lane 4 and 5: liposome-aptamer after conjugation. The weak band in lane 5 at around 250 bp indicated a minor amount of free aptamers from the sample. The fluorescence in lane 6 is unexpected, but can be explained by the diffusion of sample.

From Figure5, the fluorescence observed near the origin in lane 4 and lane 5 indicates the moving speed of aptamers is severely restricted, due to the steric 'dragging' effect of the attached liposome, indicating the successful conjugation between aptamer and nanoparticle.

We have evaluated the cell cytotoxicity of Doxorubicin on HER2 positive SK-BR-3 cell line and on HER2 negative MDA-MB-231 cell line respectively. Our results have shown a significant cytotoxic effect imposed on both cell lines at 24 hours at various concentrations, Figure 6, which confirms the capability of doxorubicin as an anti-neoplastic agent for our delivery system. 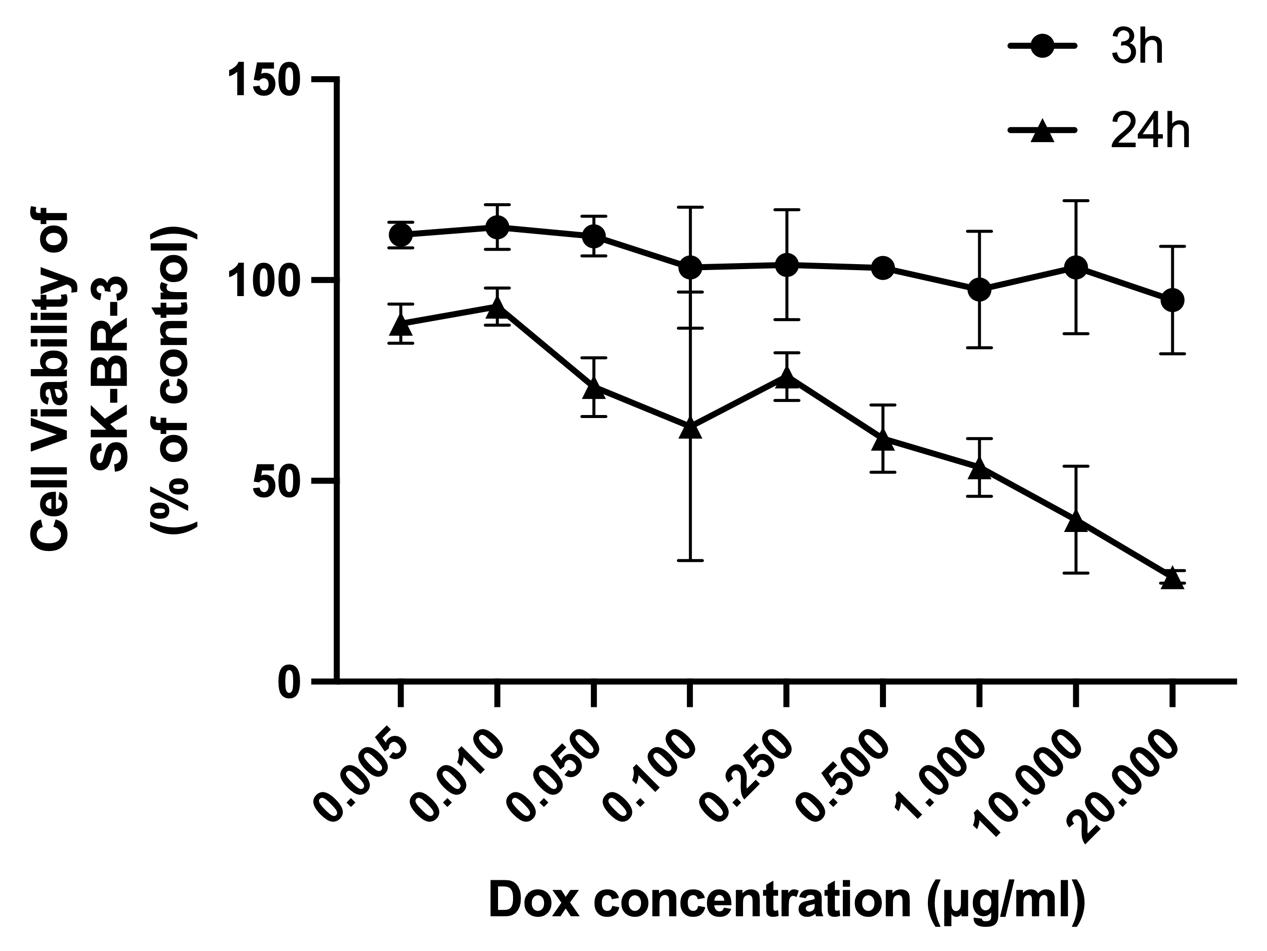 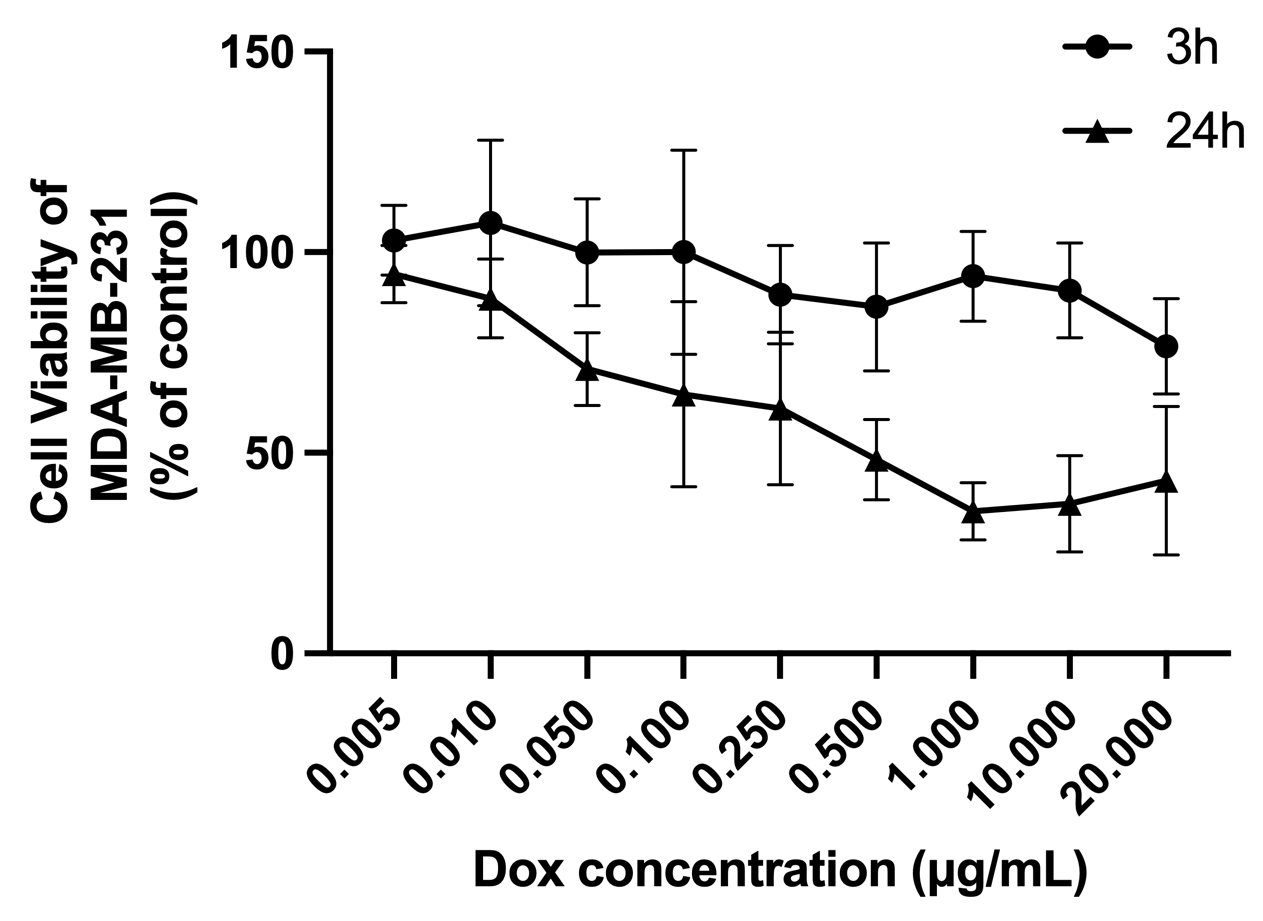 Figure 6 Cytotoxic effect of doxorubicin exposures on cells. The results was measure with CCK-8 kit and microplate reader. A general decrease in cell viability was observed as exposure time increases. 3 repeats were done.

Finally, after examining all the elements in our project individually, we verified that they exhibit potent cell cytotoxicity and selectivity, as an antineoplastic drug delivery system. Thus we compared the cytotoxic efficacies of Aptamer-liposome, encapsulating doxorubicin, on HER2-positive and HER2 negative cell lines, using the CCK-8 test kit. 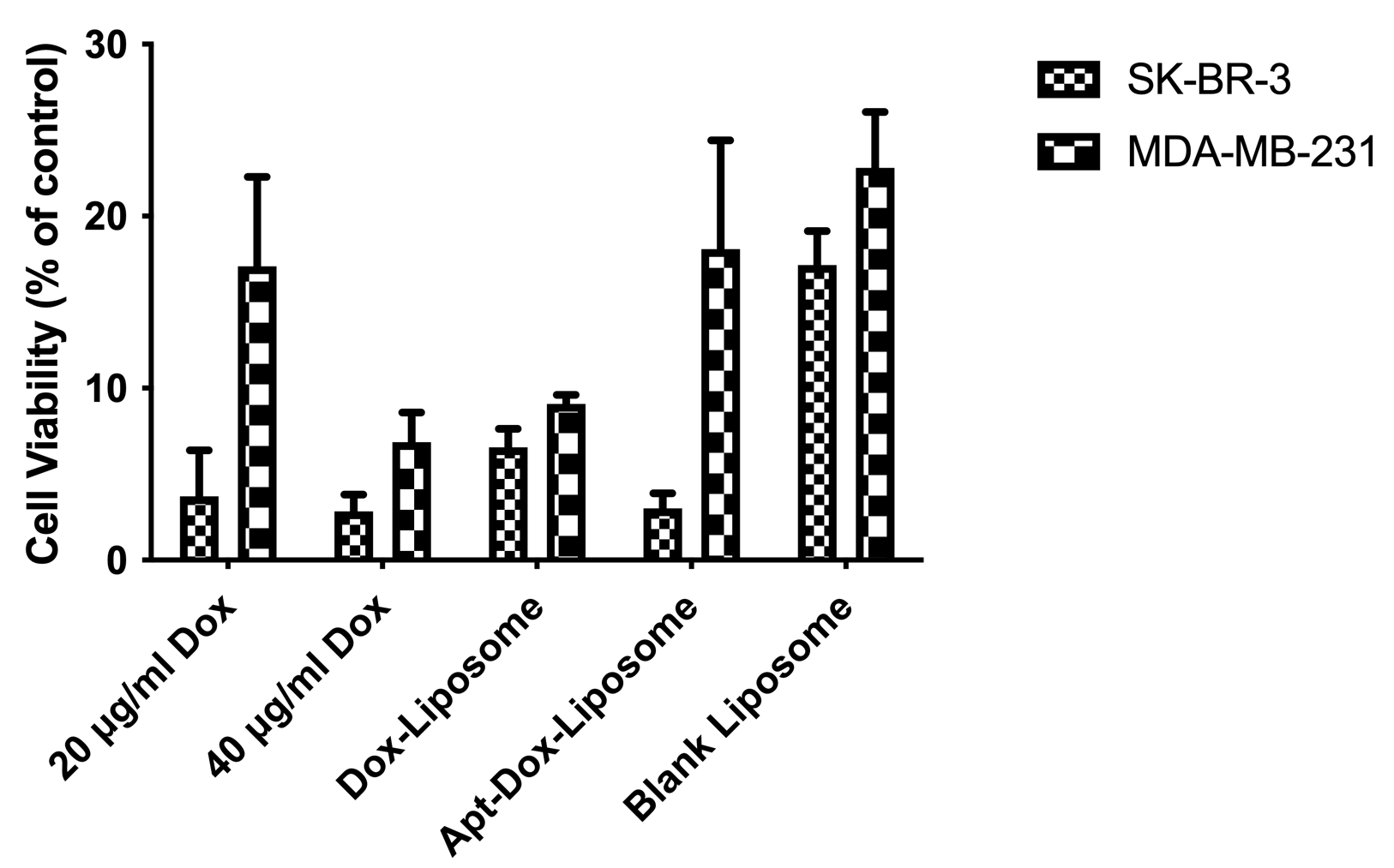 Figure 7 Cytotoxicity assays of liposome and Aptamer-liposome. We also included 20ug/ml and 40ug/ml as a comparison for drug cytotoxicity.

From Figure 7, the data showed that while sole Dox entrapping liposome exhibits similar cytotoxicity against both HER2-positive and HER2-negative cells, the aptamer conjugated liposome shows an increased cytotoxic effect against the HER2 positive cell, and a reduced cytotoxic effect on the HER2 negative cell, which indicates that, presumably due to the successful binding to the HER2 extracellular domain by the aptamer, a greater amount of Dox is delivered to the targeted cancer cell. The data suggests that our HER2 aptamer-liposome delivery system could selectively deliver Doxorubicin in vitro, and may exhibit decreased in vivo side effects.

As a brief conclusion, we have demonstrated the binding ability of our aptamer and the feasibility for encapsulating doxorubicin inside nanoparticles individually. Building on these results, we performed the aptamer-nanoparticle conjugation and verified the successful linkage with electrophoresis. Finally, after combining all parts of our project, the in vitro cell cytotoxicity test indicates that our system could selectively induce a cytotoxic effect in HER2 overexpressing cells, which exhibits the therapeutic potential of our aptamer-nanoparticle delivery system.