Nowadays, feather waste from agricultural industry has reached 10 million tonnes per year worldwide. Most of the feathers, although containing high percentage of protein, were either buried or burned. It is difficult to degrade keratin, and animals cannot digest it because of the large number of disulfide bonds. Thus, there is low efficiency in recycling feathers, and they are considered to be a low-value bioresource. 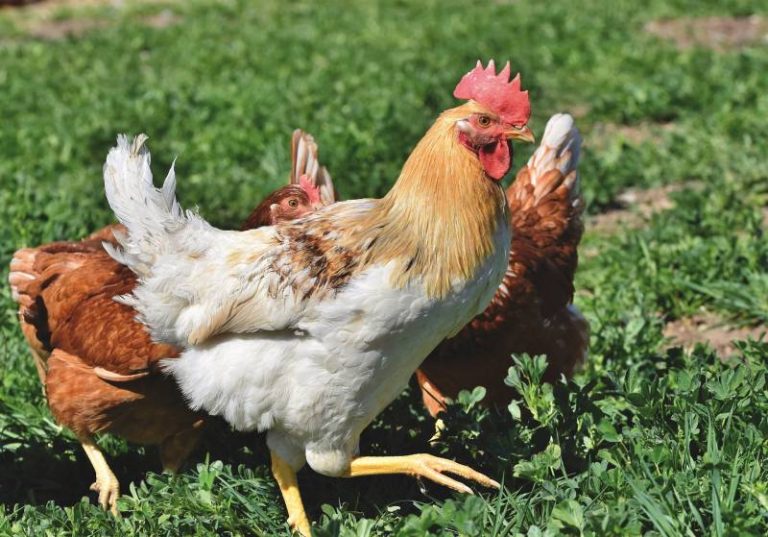 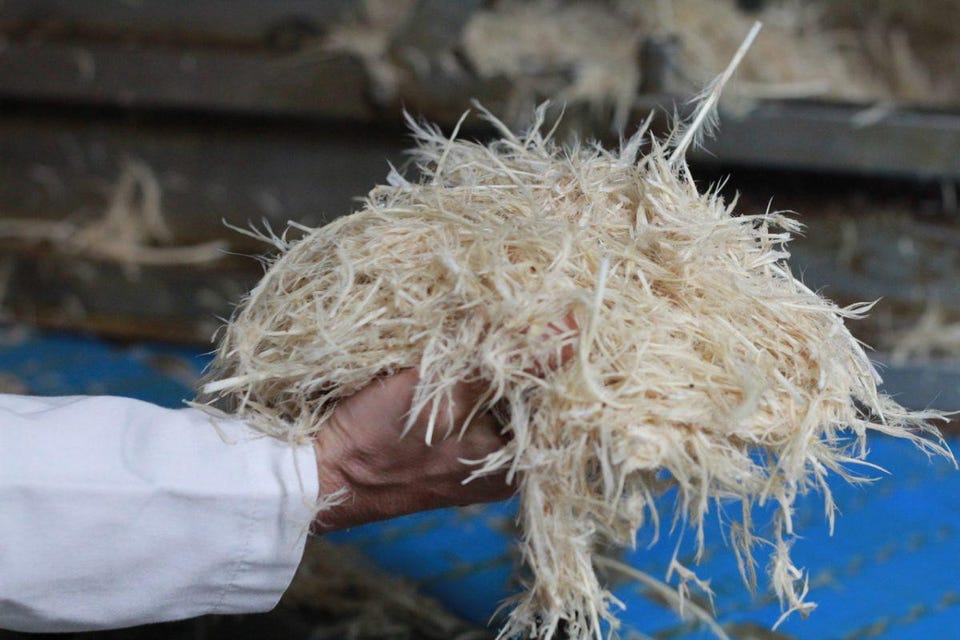 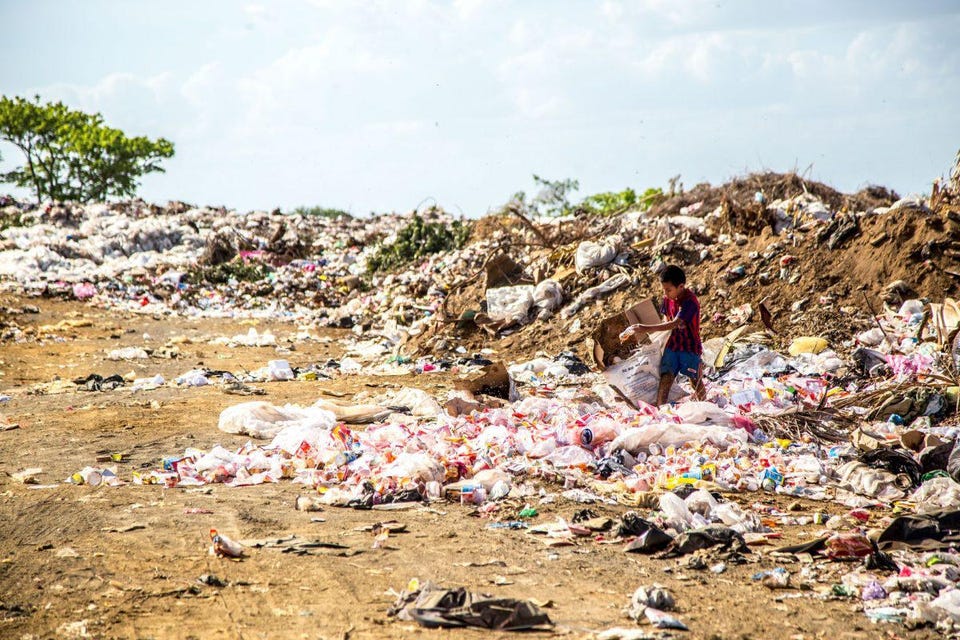 However, the current industrial treatment of feathers is environmental hostilely. This is because those methods are mainly chemical or mechanical, which require high energy consumption and many corrosive chemicals that are highly destructive to amino acids, with subsequent generation of numerous pollutants with a low degradation rate. It is increasingly important to find an efficient and environmentally friendly way to dispose of poultry feathers.

Compared with traditional hydrothermal and chemical treatments, the microbial fermentation process is the most efficient and environmental friendly. A few feather degrading bacteria (FDB) have been isolated from nature, such as the bacteria distributed in Bacillus, Staphylococcus, Enterococcus, Streptomyces, and Pseudomonas sp., among others. And a new FDB, Streptomyces sp. SCUT-3, was found to exhibit high-efficiency industrial feather degradation. The 16s RNA of SCUT-3 was sequenced and a phylogenetic tree demonstrate that SCUT-3 is a species of the Streptomyces genus [1]. The SCUT-3 convert feather into peptide and amino acid efficiently. The peptide and amino acid can be used as safe animal feed protein source, plant fertilizer, and microorganism culture medium.

Our Goal & What We Did

To further improve the degradation rate of SCUT-3, genetic engineering is used in our program. Scientists have shown that Sep39 and CDO1 are the main protease involved in the hydrolysis of keratin, and their overexpression can increase the keratinase activity of SCUT-3. To further improve the degradation efficiency without influencing the growth rate, we attempt to modify SCUT-3 through replacing the constitutive promoter with well-characterized promoters. Finally, we found that the SCUT-Ocdo-p24880-Osep39 strain showed stronger keratinase activity, higher production of peptides and amino acids and great changes in feather degradation rate. 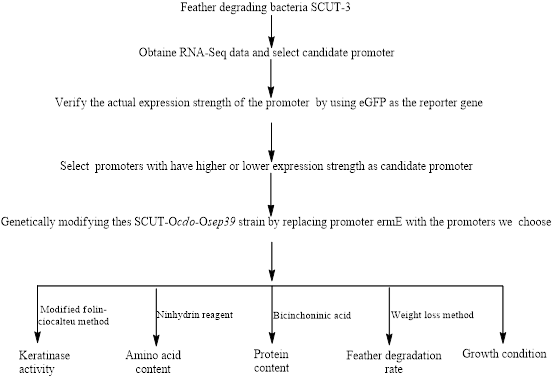