NOTEBOOK
8.16.21
Orientation day: each member of the Ceres team introduced themselves to the whole team. we also had an ice-breaking activity which is a game that requires lots of discussions and got everyone involved.
Then, our coach explained our project to us and our plan for the next few days. Afterward, we went on to team name/logo generation and researching for ideas. 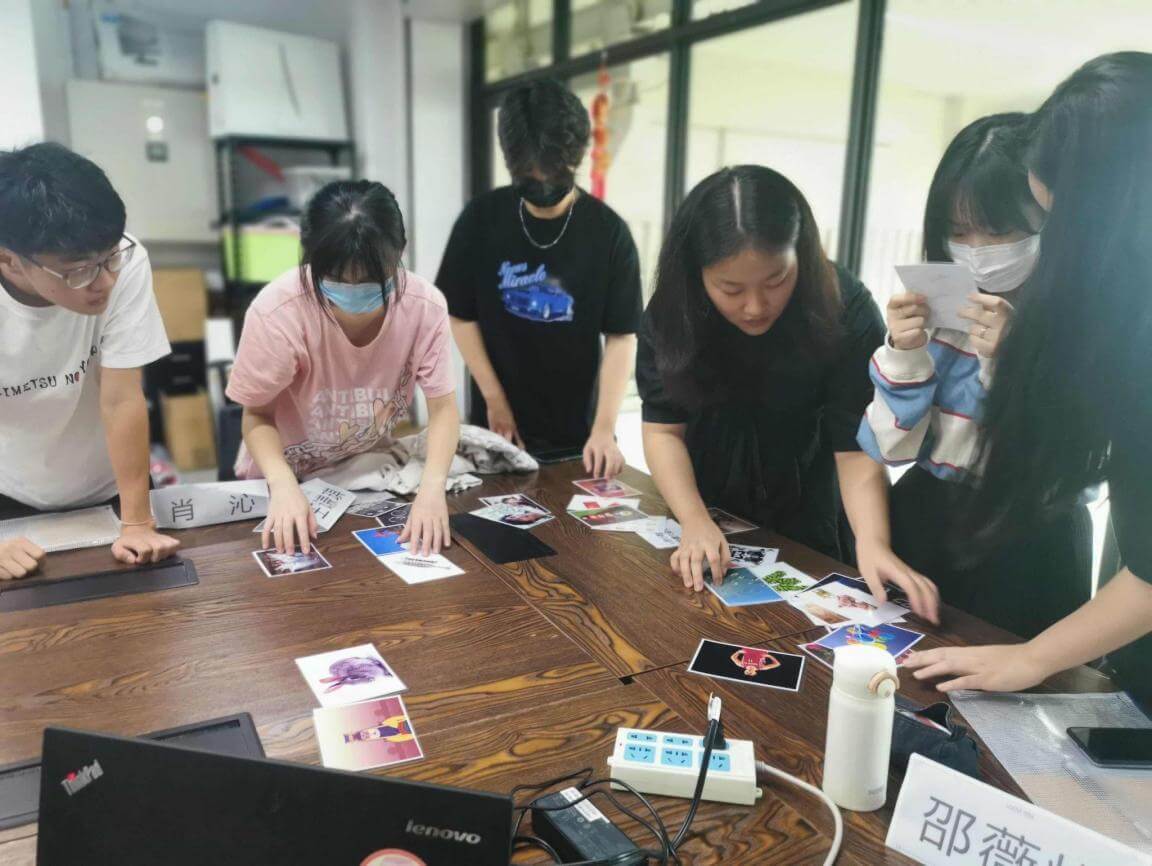 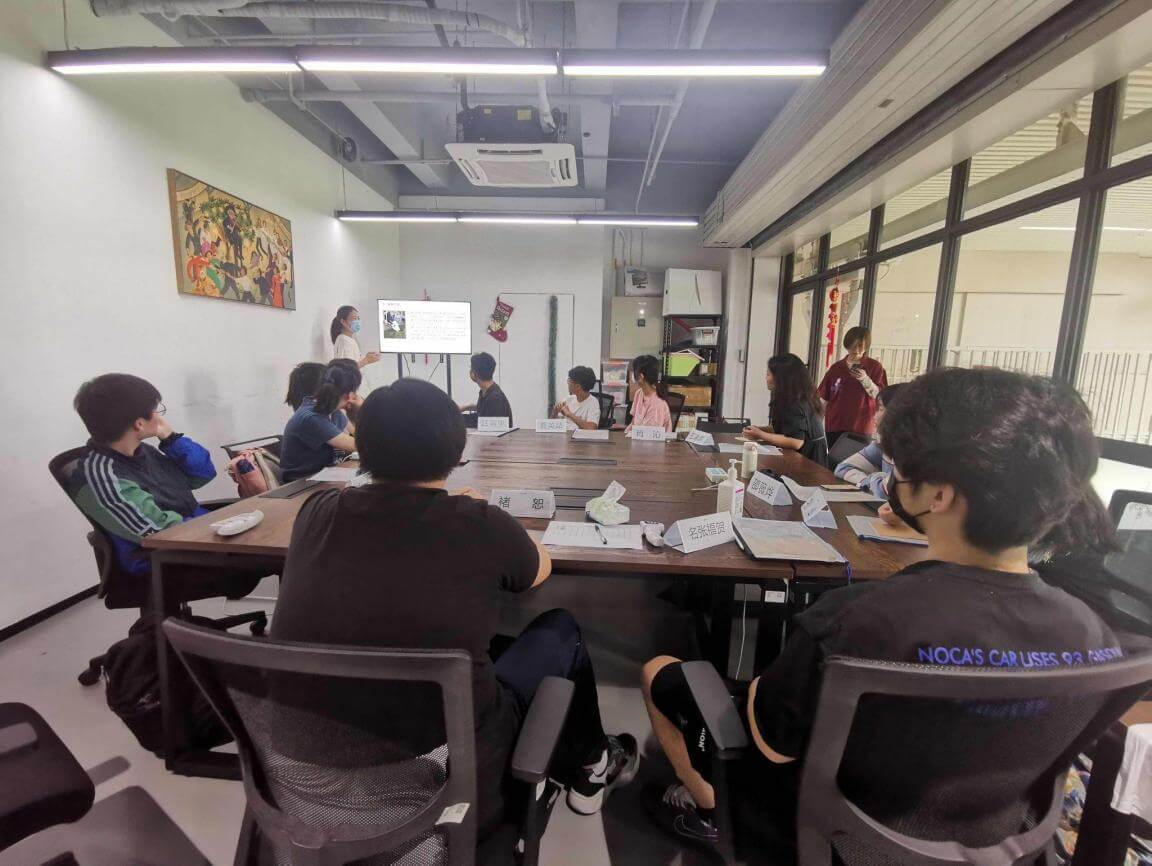 8.17.21
Wet Lab:
Our coach firstly explained our lab routine for the next few days and the scientific mechanism of the design.
1. We prepared both liquid state and solid-state culture mediums which will be used in the future for the growing of our engineer bacteria.
2. We also underwent restriction enzyme(Sah 1, Xho 1) cutting to expose sticky ends on the gene PKC-op and plasmid PET 25b.
3. obtained the recombinant DNA by connecting cut gene PKC0-op with cut plasmid PET 25b using T4 ligase. 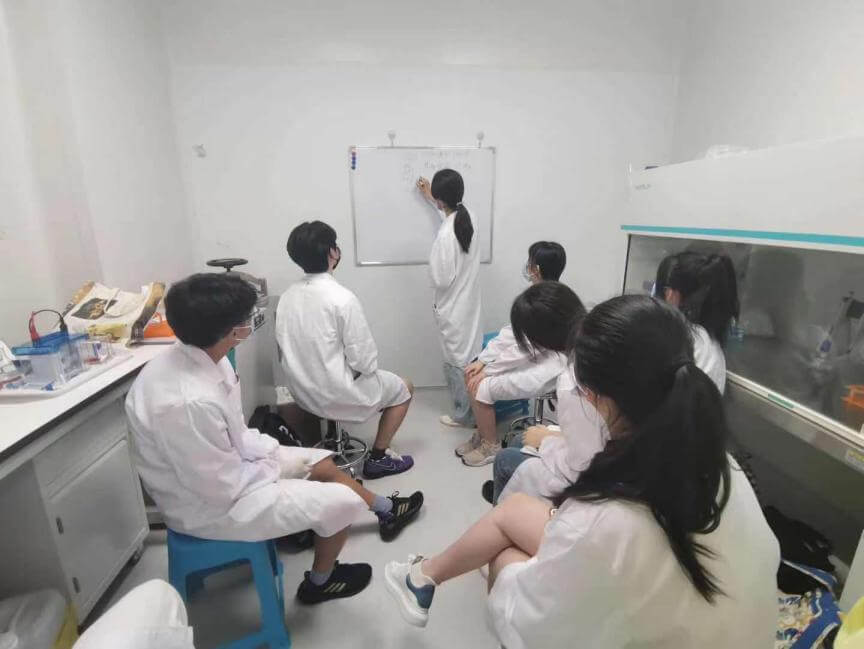 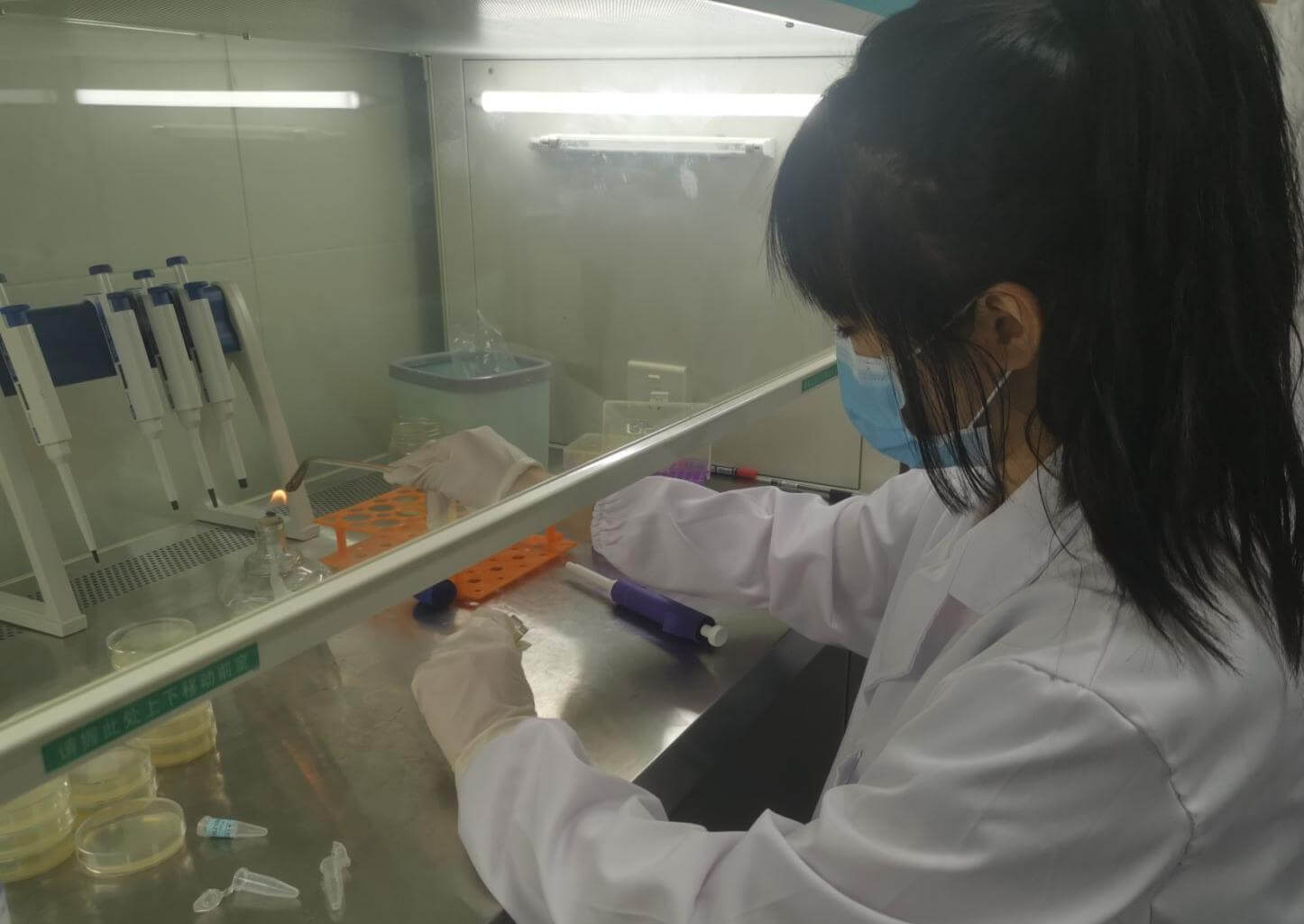 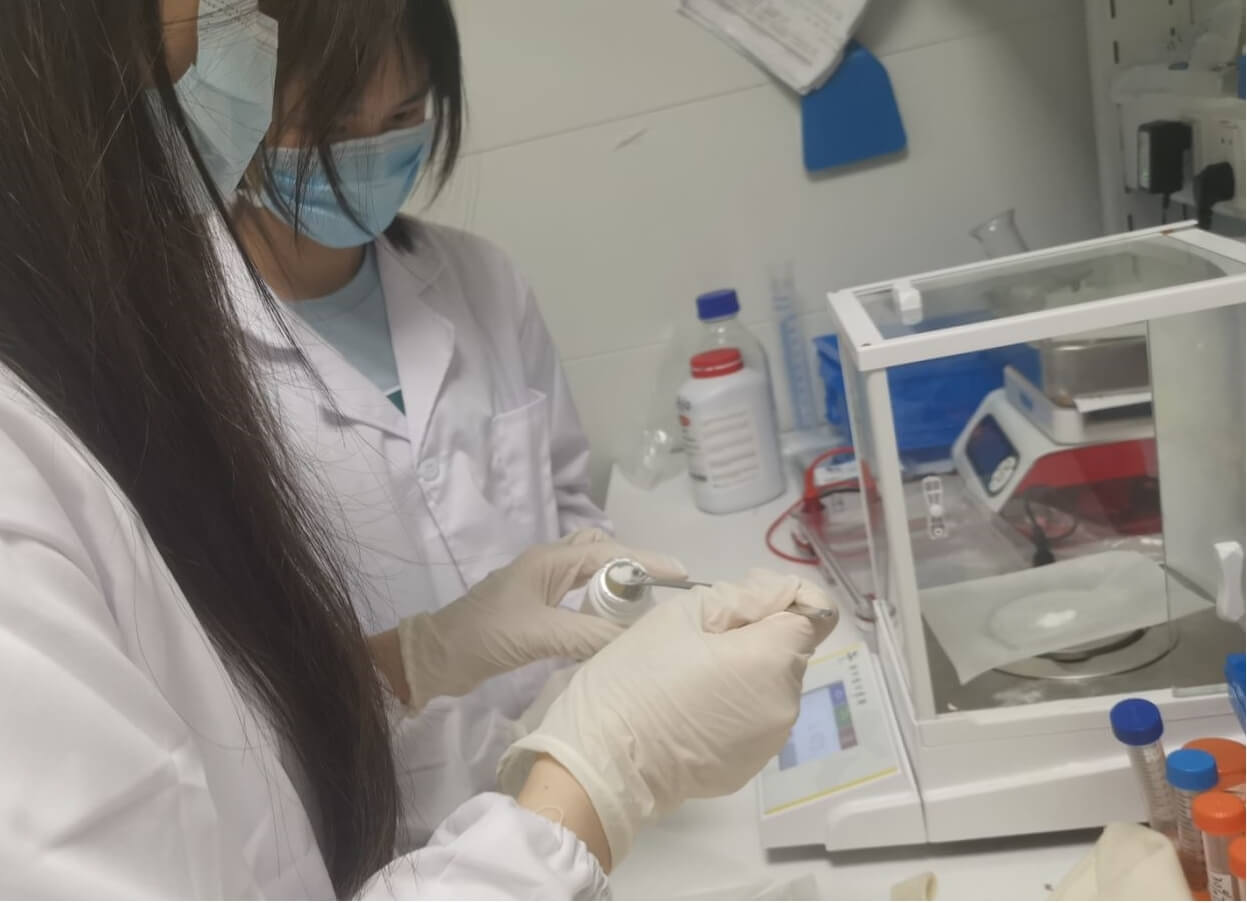 8.19.21
there was no visible growth in all petri dishes, our bacteria failed to grow. Therefore we underwent the same process as before again to try to grow our bacteria.
1. to make sure that we obtained the correct DNA fragment, we ran electrophoresis on the cut gene.
8.20.21
1. extract recombinant plasmids from our grown e.coli bacteria(BL21 competent cell) via alkaline lysis
2. test the concentration of plasmids extracted via nanodrop. then carryout the restriciton enzyme cutting to the recombinant plasmid in order to obtain individual gene which we will run electrophoresis on later.
3. We ran electrophoresis on the DNA fragments obtained from restriction enzyme cutting, however there were no sensible results visible, eventually we sent our DNA fragments to sequencing.
4. After failing the electrophoresis, because our instructor's bacteria were grown well, we cultured those bacteria and planned to use those for future experiments. 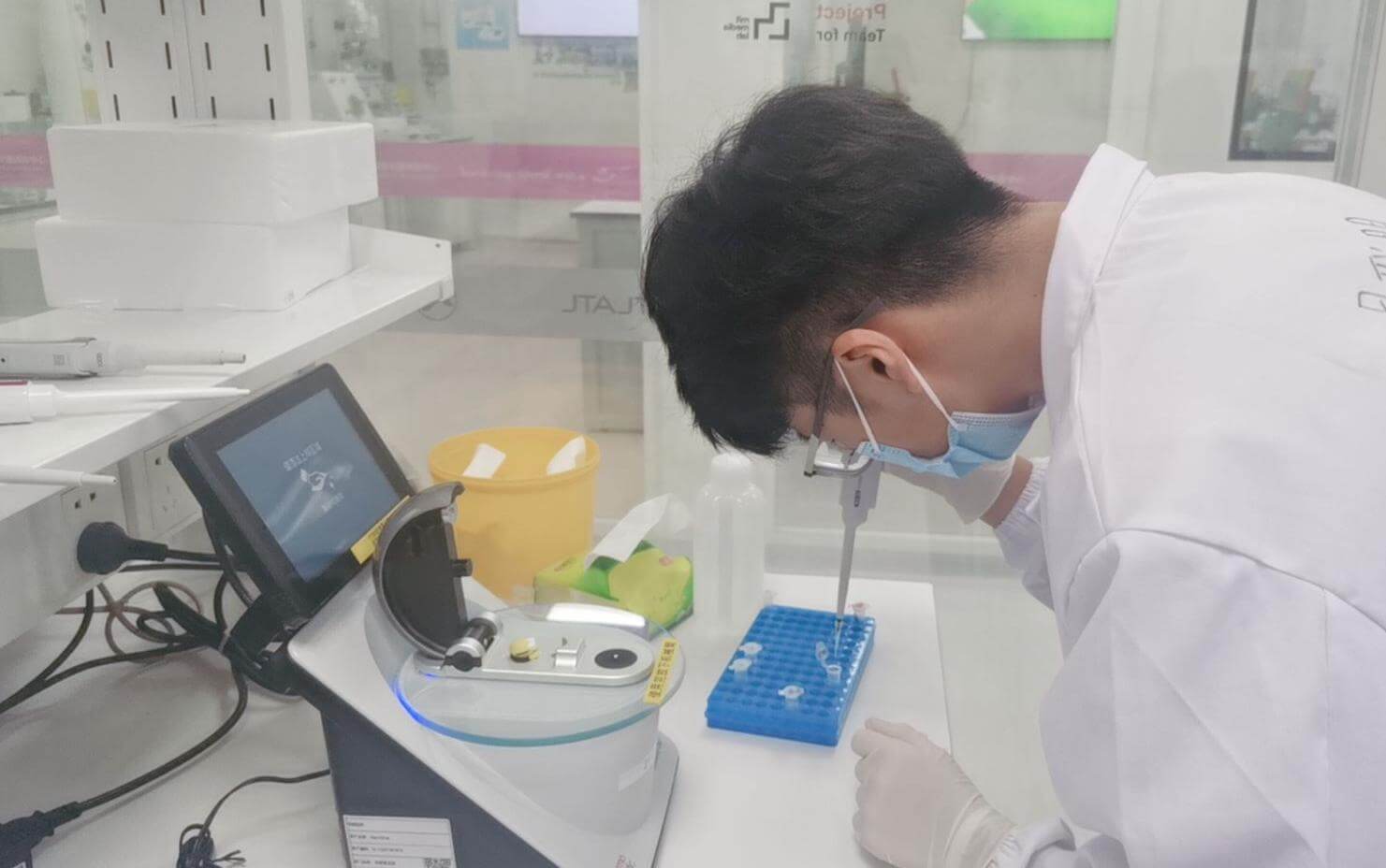 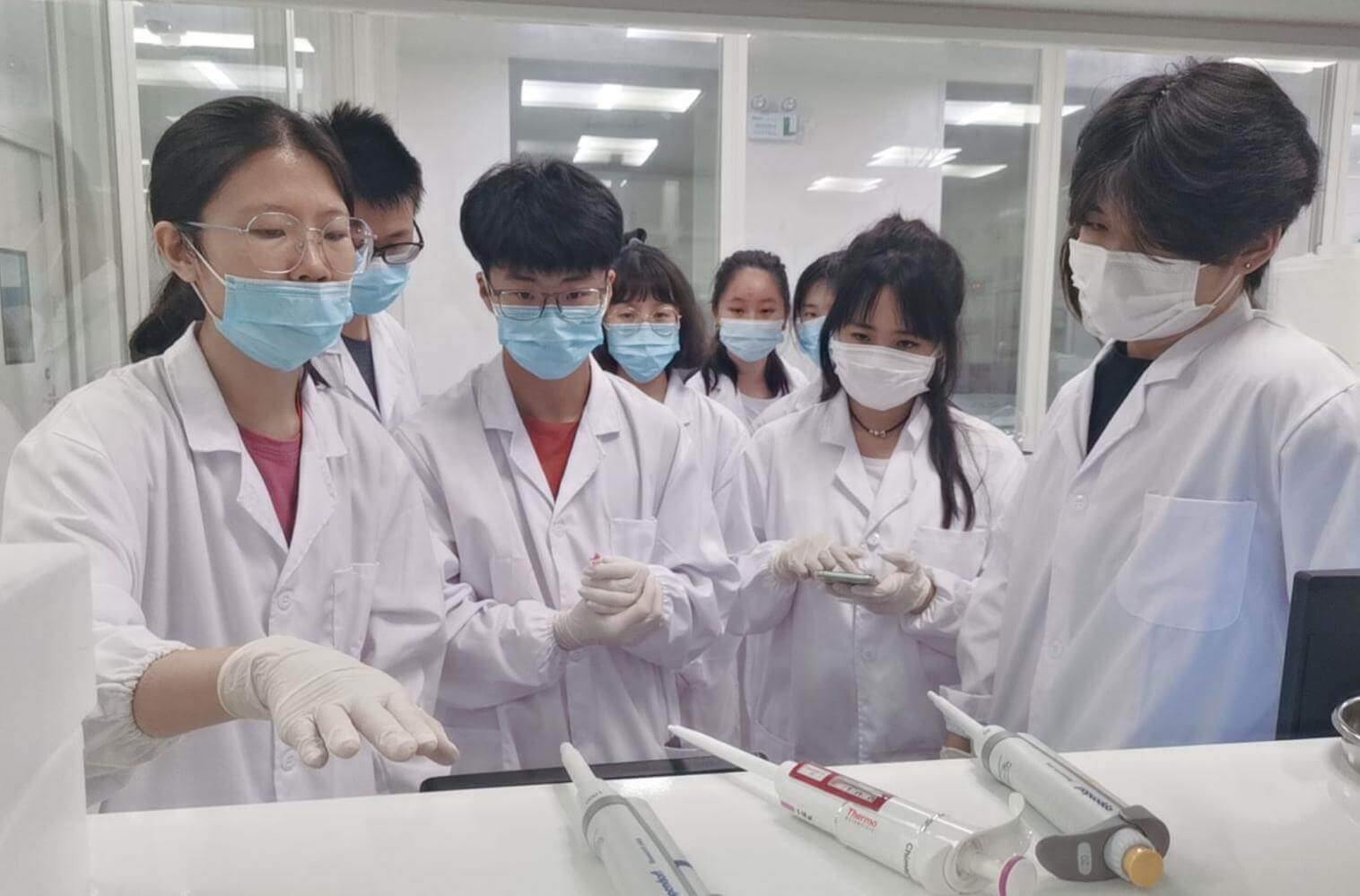 8.22.21
it was a day of break
8.22.21
1. Results of sequencing were not valid, therefore we changed our testing approach of the DNA fragment. Instead of extracting the recombinant plasmid and cutting it using a restriction enzyme, we used PCR to verify our grown bacteria, then ran electrophoresis on it. There were sensible results however it was not strong enough (bands at 1000bp were quite shallow). Hence we have to just extract the recombinant plasmid from the bacteria and send it to sequencing for further proof.
2. We transferred the original gene PUC57-PKC-OP which the company has into our BL21 competent cell, then cultured it via a shaking incubator and solid-state culture medium which has ampicillin in at 37 degrees celsius for 24 hours. (Similar to the processes on 8.18) 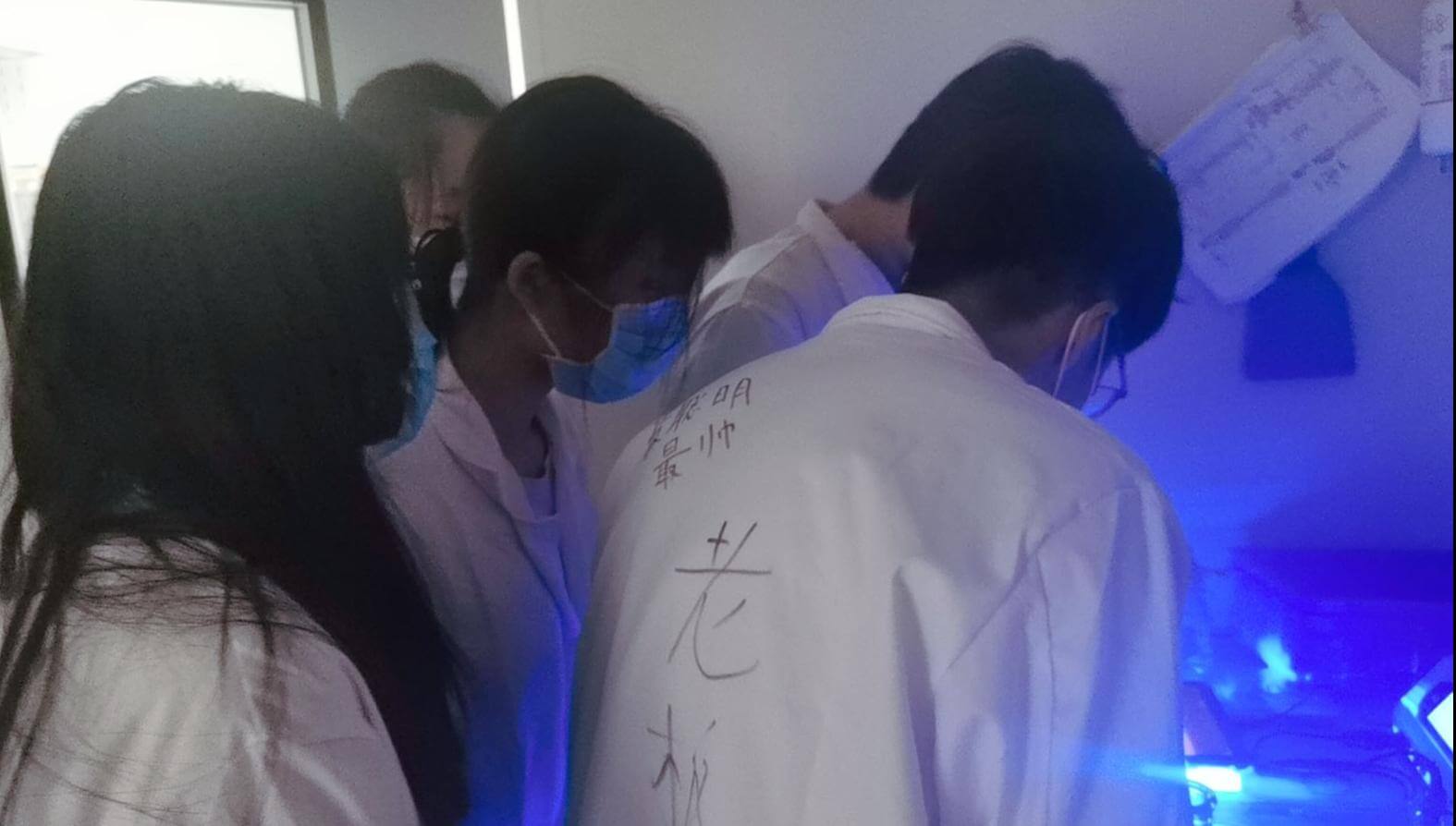 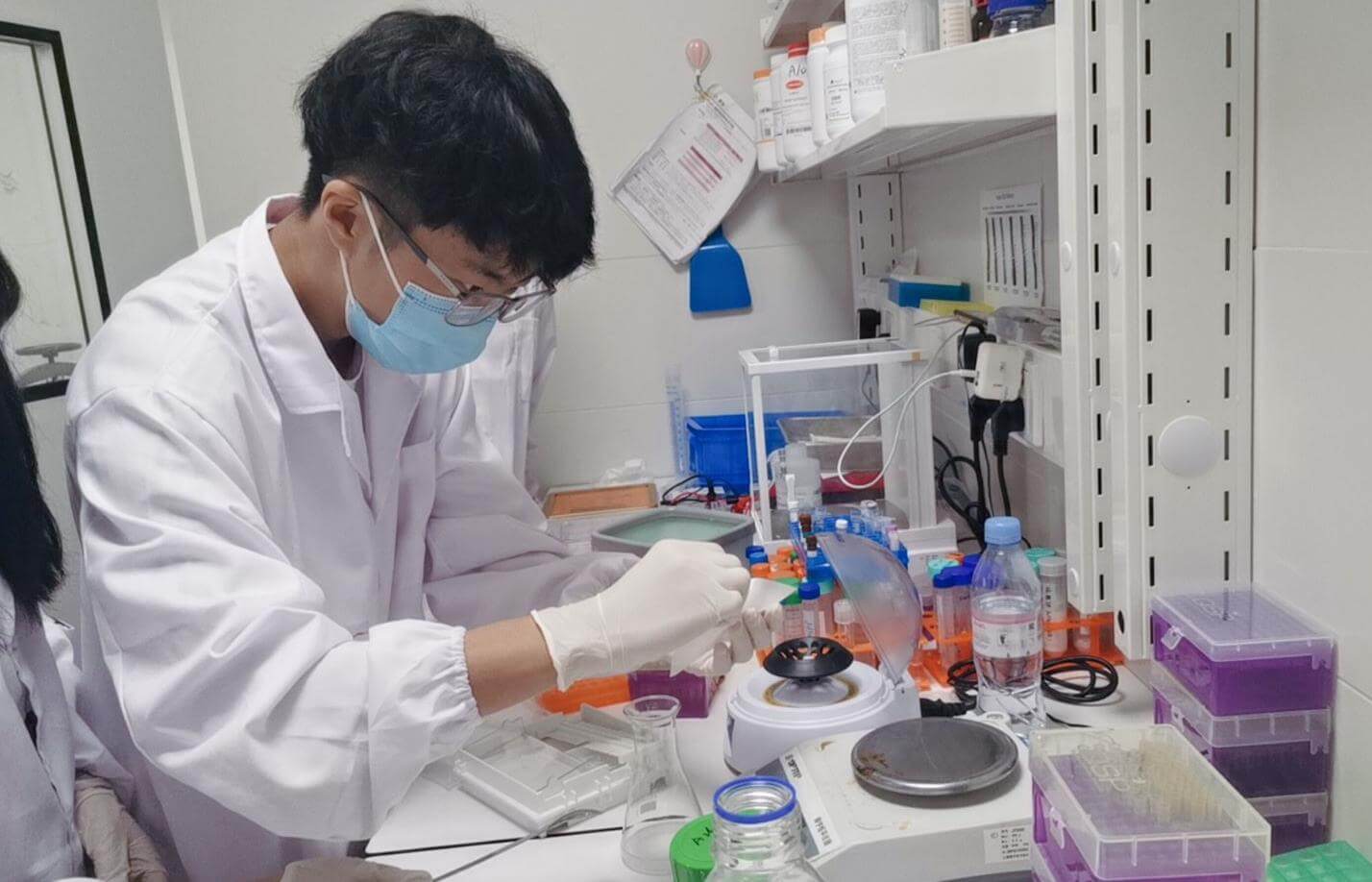 8.23.21
1. We prepared IPTG and glucose which will be used for the Induction of cellulase protein expression and chromogenic reaction
2. We used PCR to extract the DNA(PKC-op) that we wanted. we used PCR to amplify pkc-op, then we ran electrophoresis on it, we saw sensible results. (bands were visible at 1000bp）
3. We recycled pkc-op that is in the gel
4. Meanwhile, we continued culturing bacteria that have PUC57-PKC-OP gene inside it. 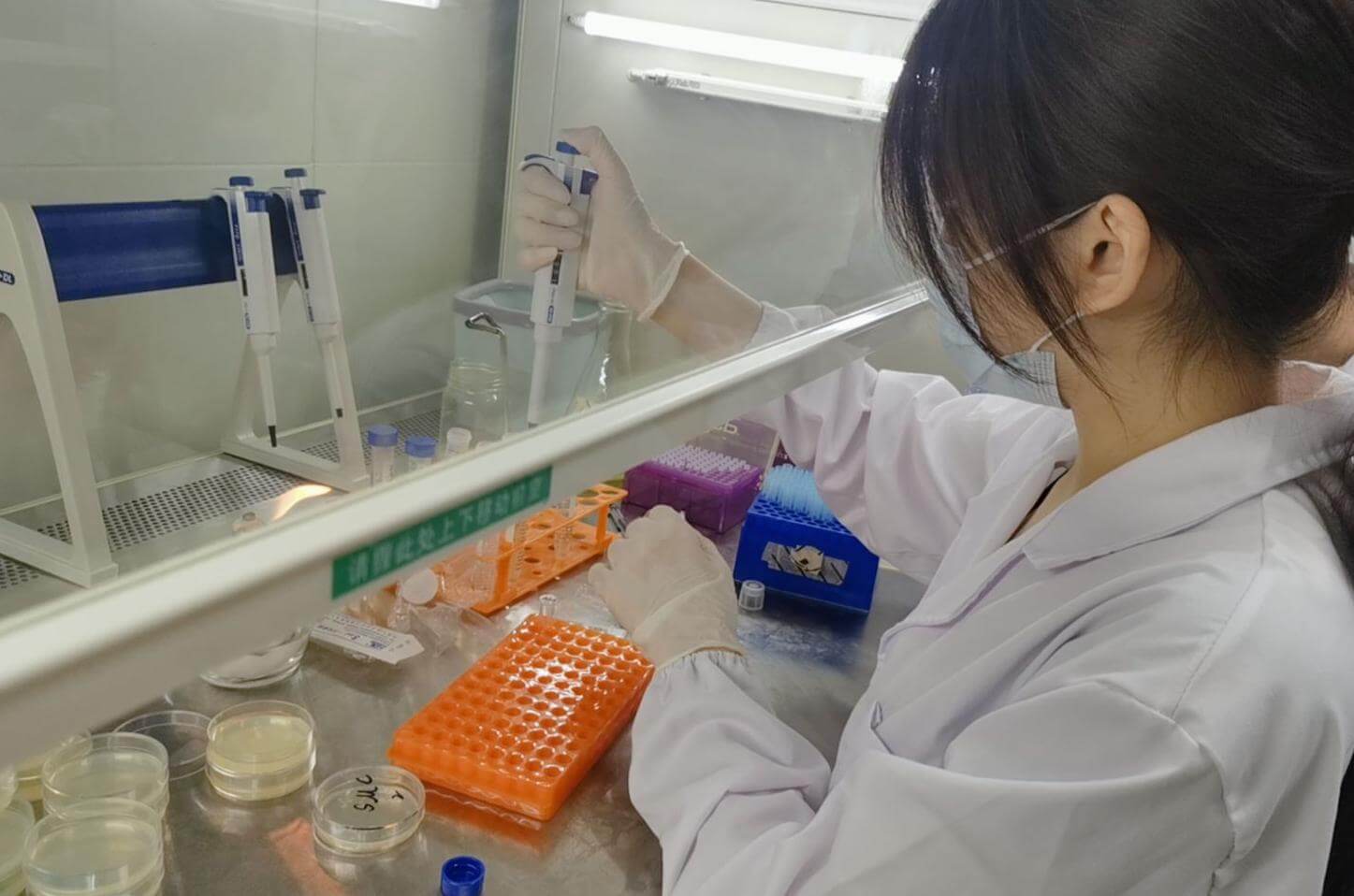 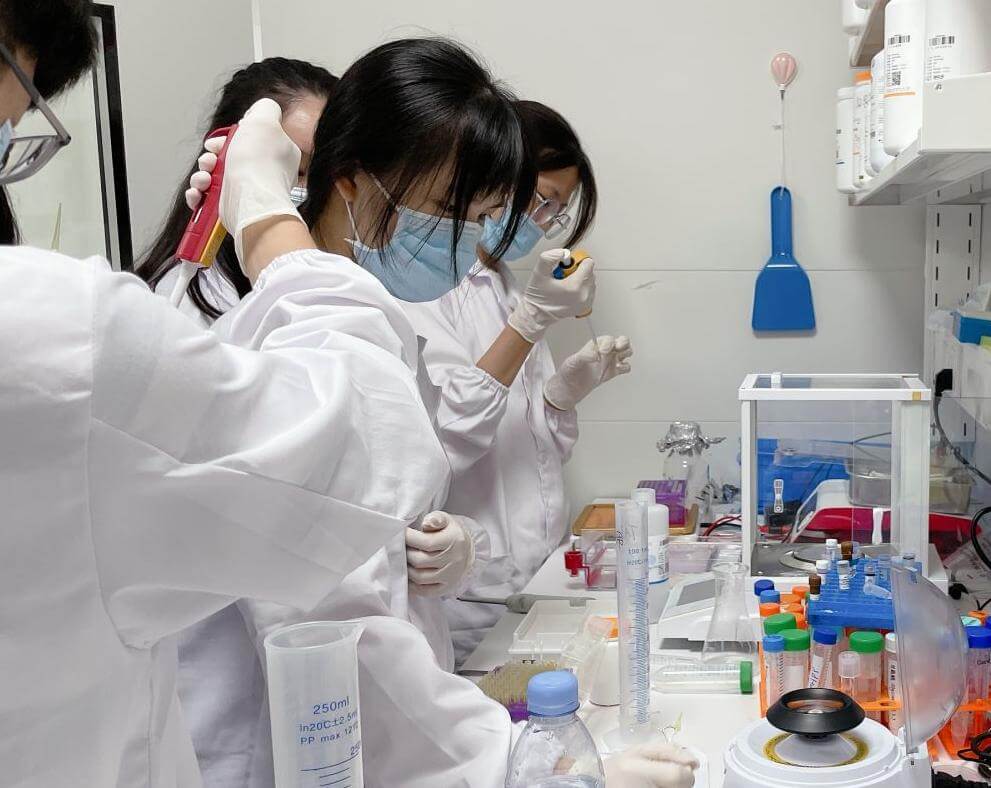 8.24.21
1. We extracted and stored plasmid PET 25b for future use.
2. We tested the OD600 value for the cultured bacteria that has gene PUC57-PKC-OP, we found that we over cultured those bacteria hence we could not use them for next steps
3. Therefore we restart the culturing process for bacteria that have gene PUC57-PKC-OP, and we test their OD600 value every 30 minutes. Eventually we obtained bacteria in the logarithmic growth phase, then we put it in ice for storing.
4. At the same time, we underwent restriction enzyme cutting on pkc-op(that we recycled from the gel from 8.23) and pet 25b(from step 1). Using two restriction enzymes Sah I and Xho I.
5. Ran electrophoresis on cut pkc op and pet 25b, recycle them afterwards and store them at -20 degrees celsius for the transformation on the next day. 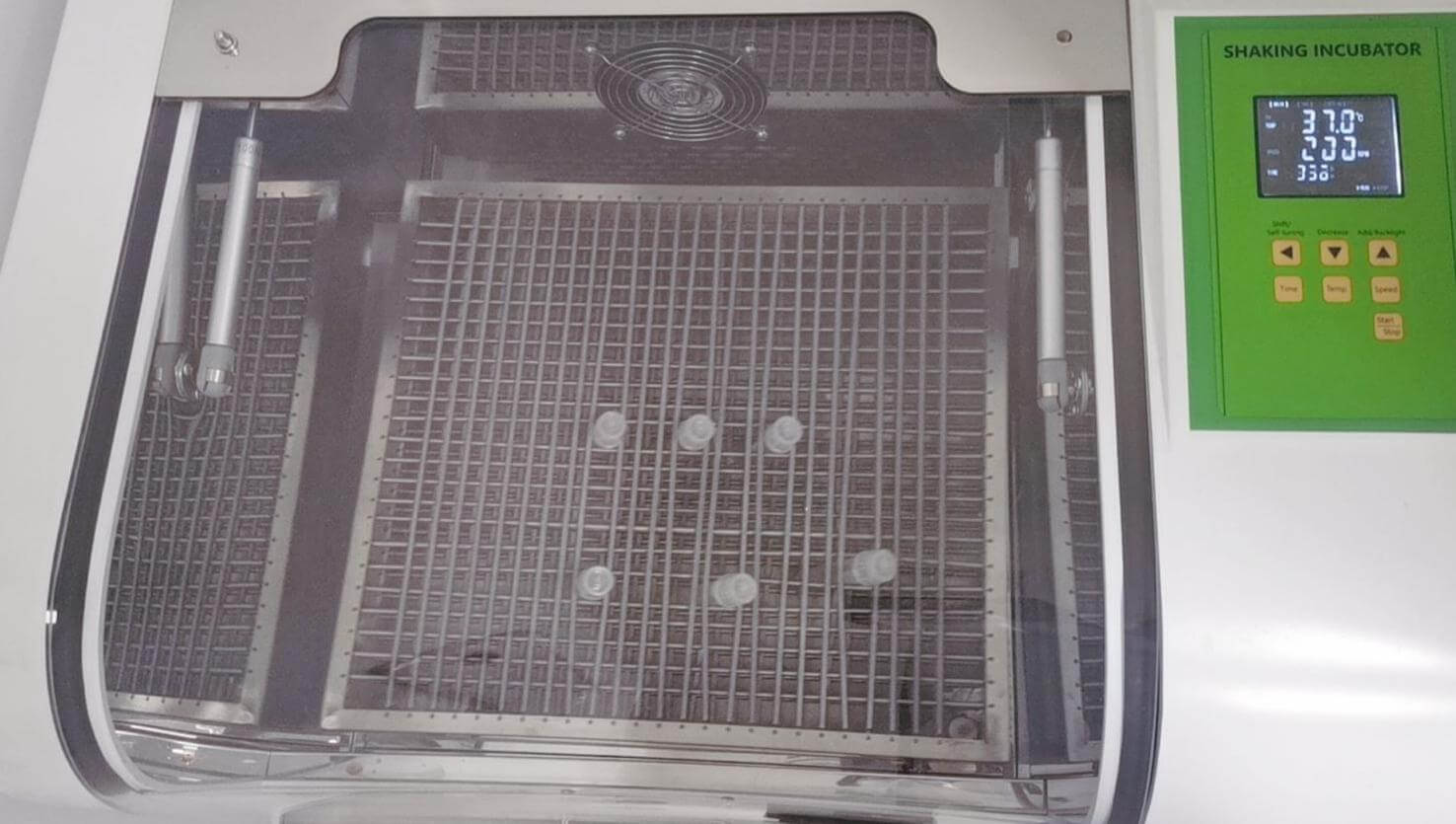 8.25.21
1. We connected two cut genes using T4 ligase.
2. Transferred the recombinant plasmid into our BL 21 competent cell, culture the bacteria just like before. (shaking incubator, then spread on solid culture medium with ampicillin in, 37 degrees celsius in the incubator for 24 hours.)
3. Bacteria colonies that have the PUC57-PKC-OP gene were induced by IPTG under conditions: 4 hours, 8 hours, 12 hours, 16hours, and 0.01mmol/L, 0.5mmol/L, 1mmol/L. we underwent ultrasonic cell fragmentation centrifugation to all bacteria in concentrations of 4 hours and 8 hours. Due to the fact that there is no signal peptide-guided cellulase expression, the location of expressed cellulase is uncertain. Hence we tested the protein expression levels of both clear liquid and bottom bacteria colonies of the two centrifuges. In theory, we should find cellulose in the sunk bacteria colony or in the clear liquid (depending on the solubility of the cellulose) of the second time centrifuge. The results will be displayed through SDS Page electrophoresis, the results will be available on the next day. 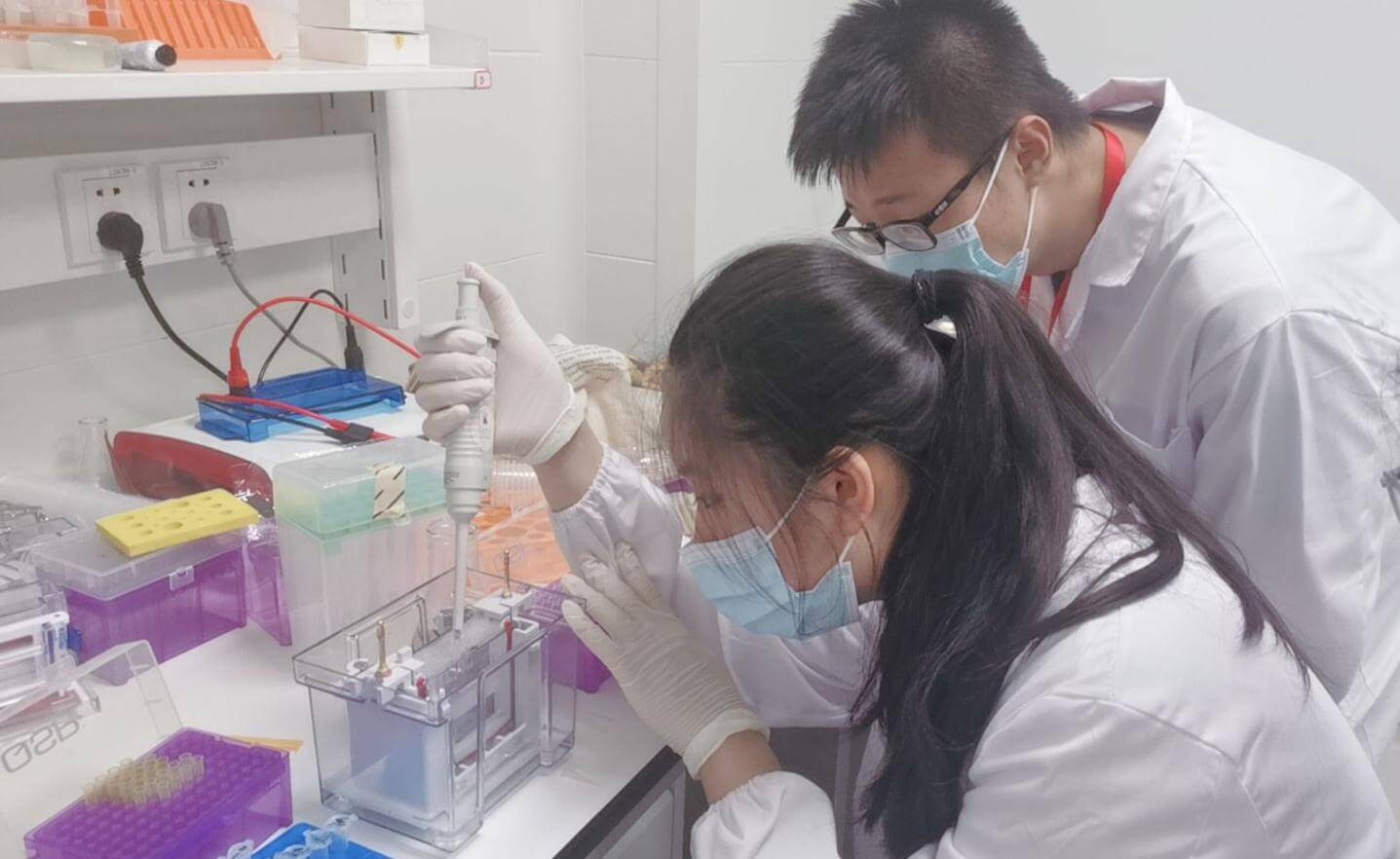 8.26.21
1. Underwent PCR on the bacteria that has gene PET 25b-PKC OP that we grew for 24 hours, afterwards verify the gene using electrophoresis.
2. React different concentration of glucose (0mmol/L, 0.2mmol/L, 0.4mmol/L, 0.6mmol/L, 0.8mmol/L, 1.0mmol/L, 1.2mmol/L, 1.4mmol/L, 1.6mmol/L) with SDS to carryout chromogenic reaction, then use nanodrop to test OD540 which enable us to draw a standard graph presenting the correlation between the OD540 value and the concentrations of glucose.
3. Results from SDS Page electrophoresis shows that there is protein in the broken bacteria which sinked. There were also shallow bands shown in the clear liquid of second centrifuges. Which means cellulose cannot easily dissolve in environmental solutions. Therefore we underwent testing using suspended the rest of the sunken bacteria colonies and added filter paper (made of cellulose) and xylan (hemicellulose), DNS was added and chromogenic reaction was performed by Nanodrop measurement OD540. Together with the graph obtained in step2, we are able to obtain data of enzyme activity in different culture conditions. In theory both filter paper and xylan can be decomposed and filter paper will be decomposed more in particular. However we only obtained the results for when bacteria were grown for 4 hours and 8 hours, we think we can only get the most accurate and reliable outcome when we obtain the results for bacteria that were grown for 12 hours and 16 hours.
8.27.21
The team Ceres had a presentation drill to present our findings to the audience.
Sept.
We repeat the plamid construction experiments through Homologous recombination and finally obtained the pET-25b-PCK-OP E. coli BL21 strains. 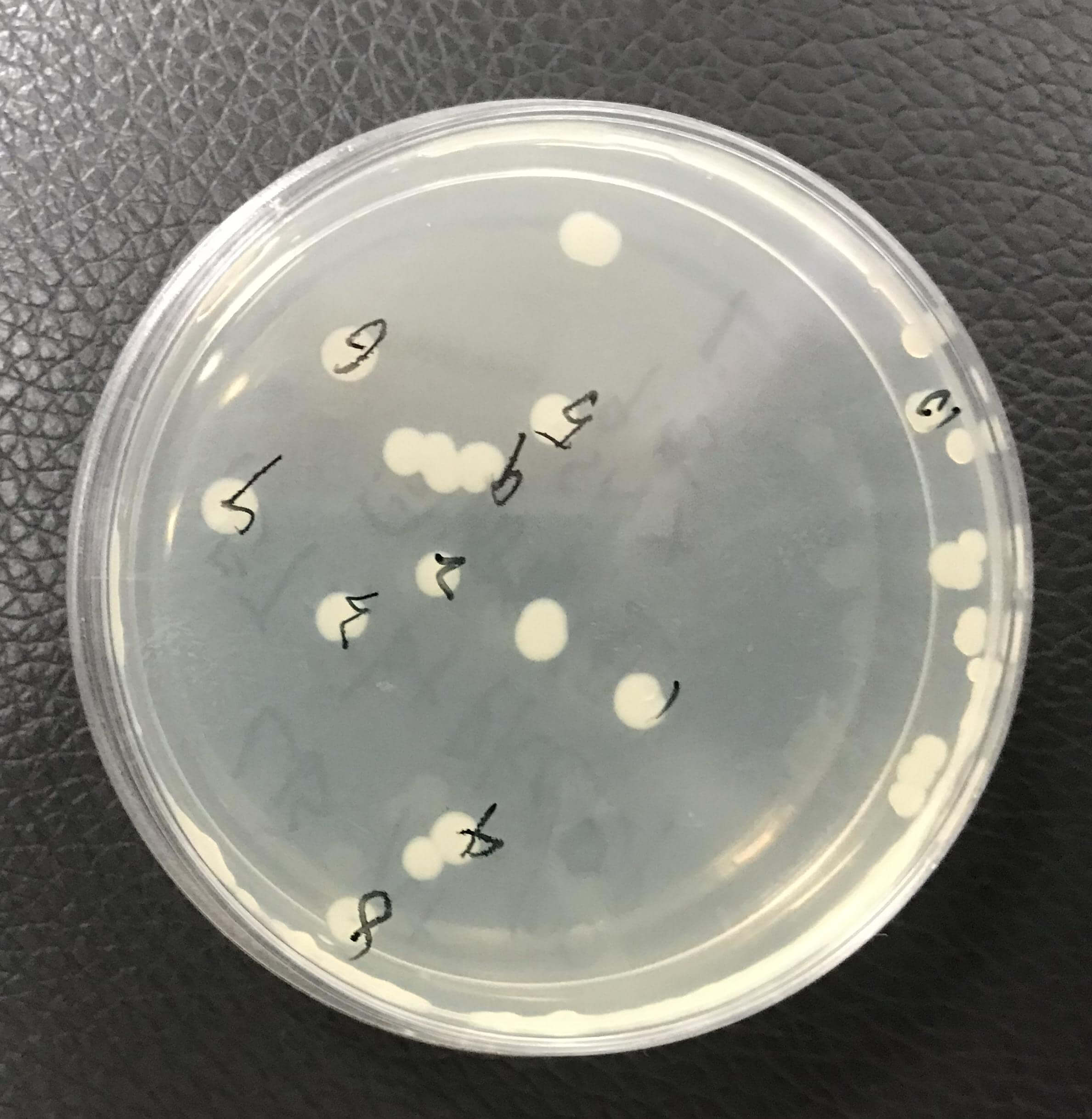 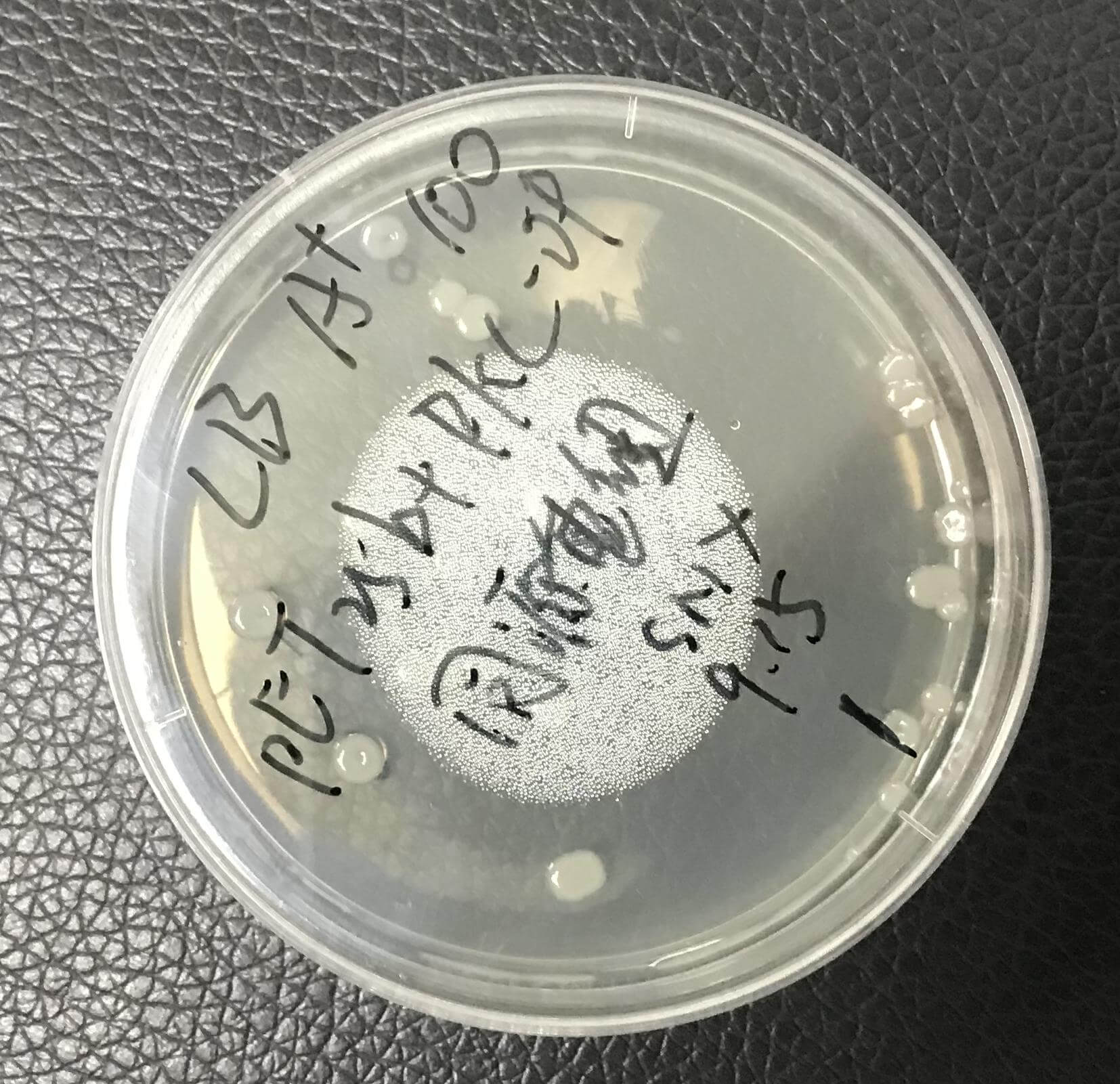