In our project, we try to plant a genetically modified pine tree to stop the spreading of B. xylophilus. Due to Taiwan’s laws, we can’t modify a complete pine tree in the laboratory, therefore we use the callus of Pinus armandii in replacement. To examine whether our genetically modified pine tree can resist nematode or not, we build a model to compute it. The model of B. xylophilus is devised and constructed by us, we take many papers as references to make it close to the real situation.

To calculate the consumption and population size of nematodes, we came up with some hypotheses:

There is a detailed introduction of the design of the model in engineering page. We also explain how we got these hypotheses there.

We simulate the linear model of [mRNA] first. We choose initial ingestion rate equals to 1 and change the toxicity 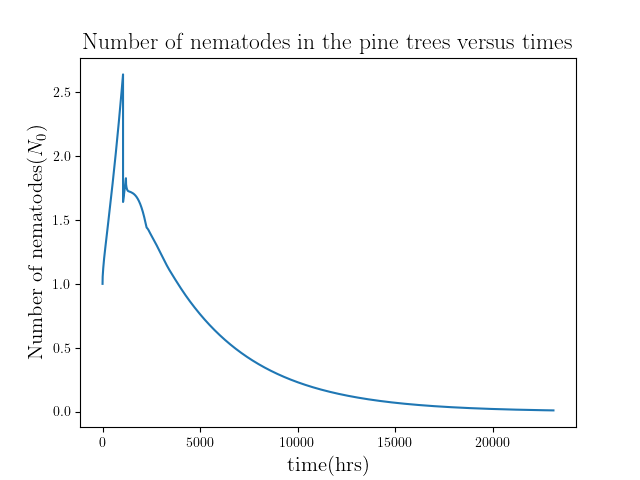 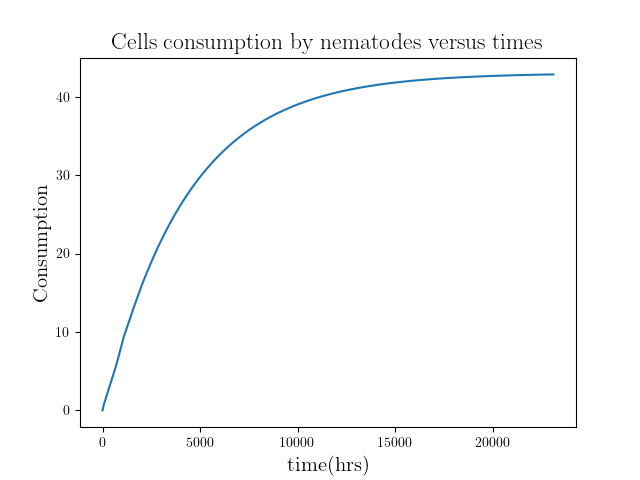 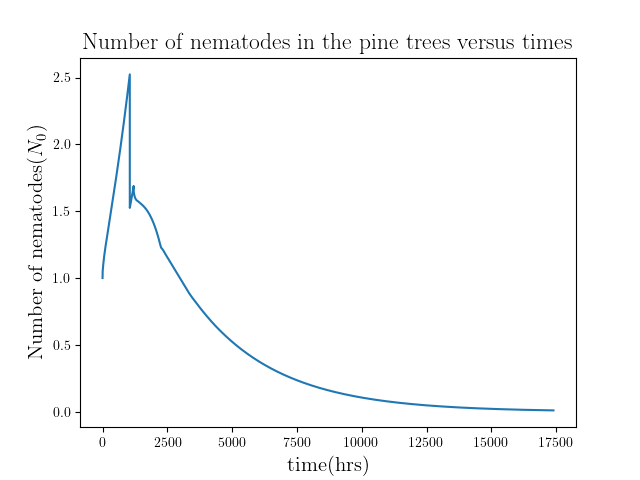 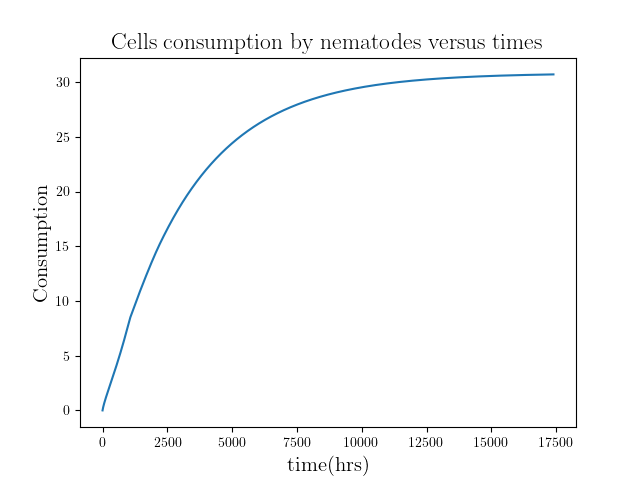 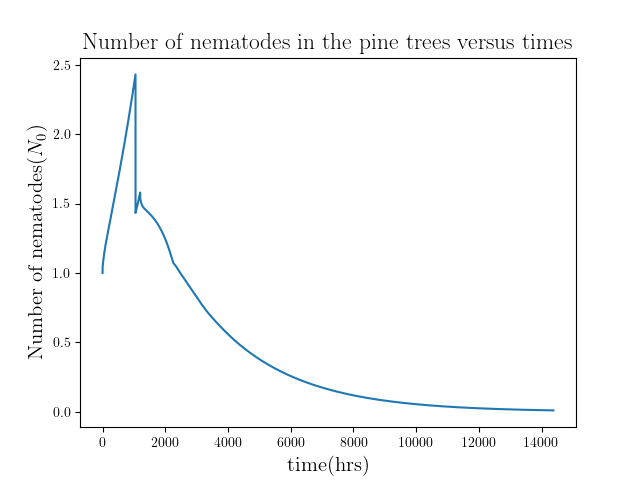 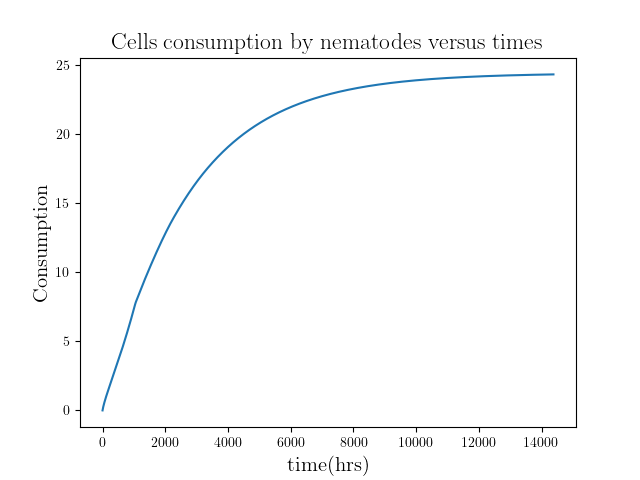 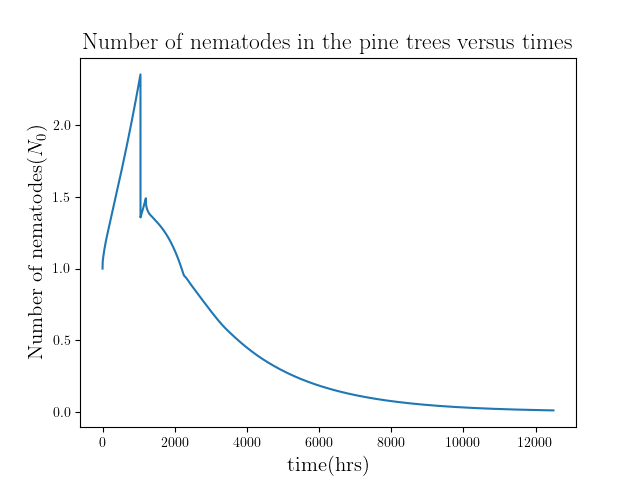 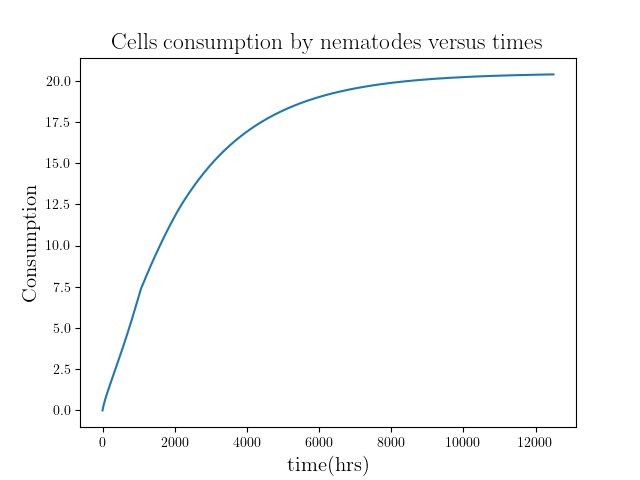 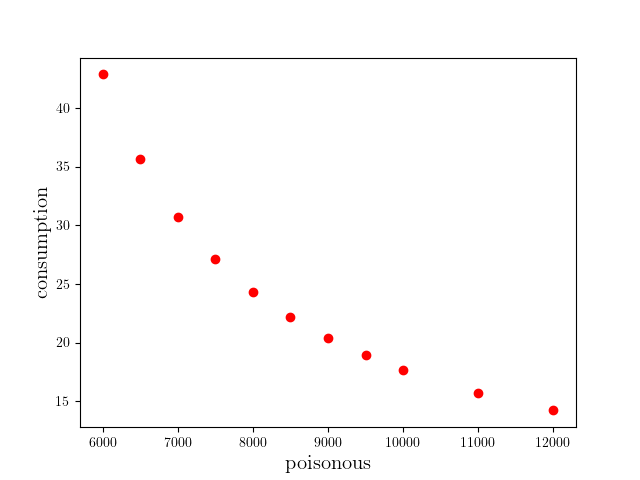 We found that the data seems to have a regulation, so we fitting it with a rational function: 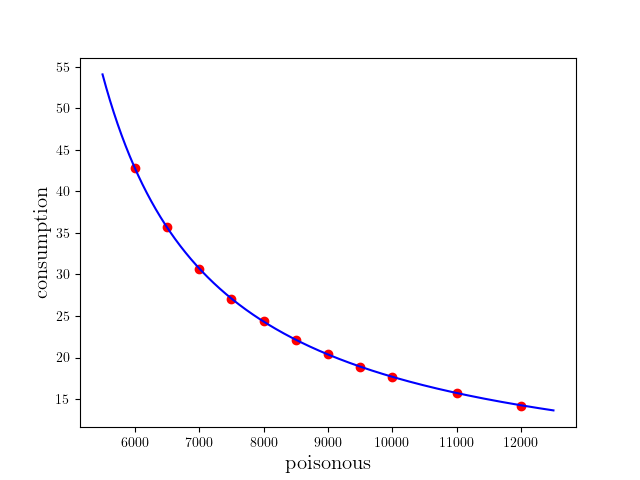 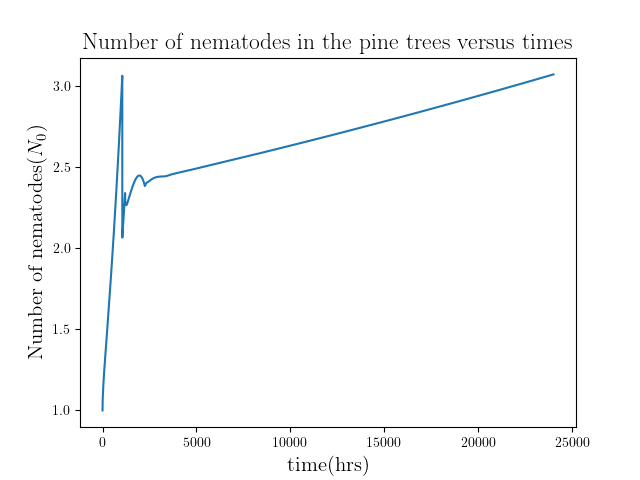 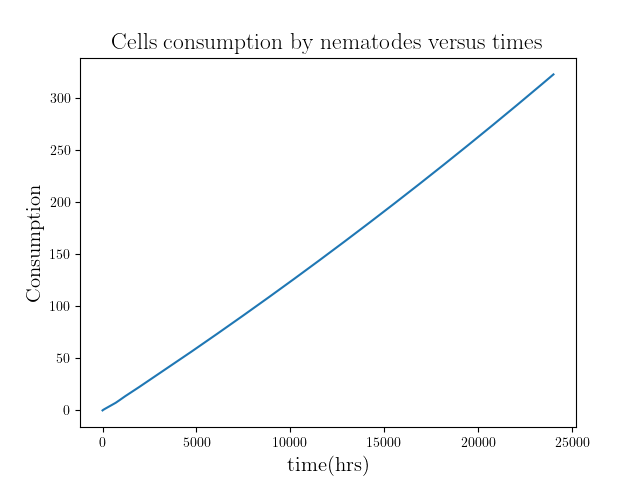 Figure 4: Evolution of population size of nematodes in unmodified pine trees and the accumulation of total consumption for toxicity = 3752.68 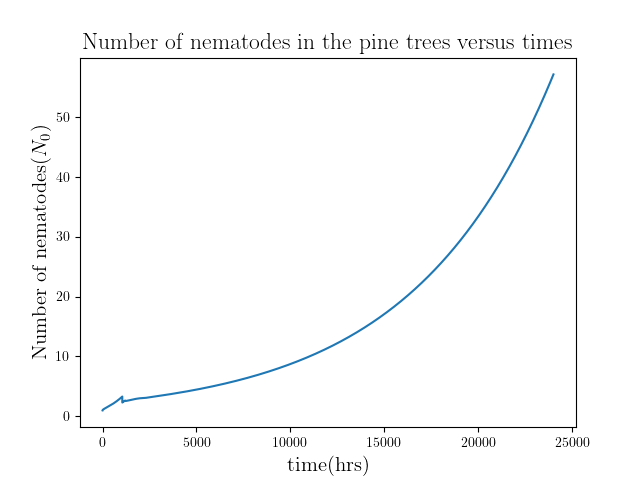 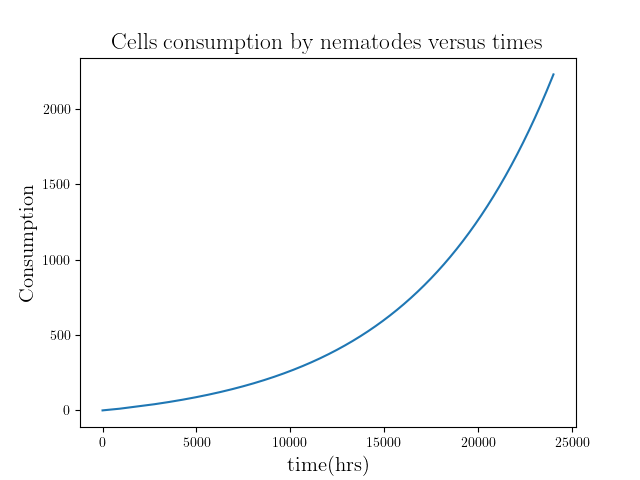 Figure 5: Evolution of population size of nematodes in unmodified pine trees and the accumulation of total consumption for toxicity = 3000

Then we choose the toxicity equals to 7000 and change the initial ingestion rate: 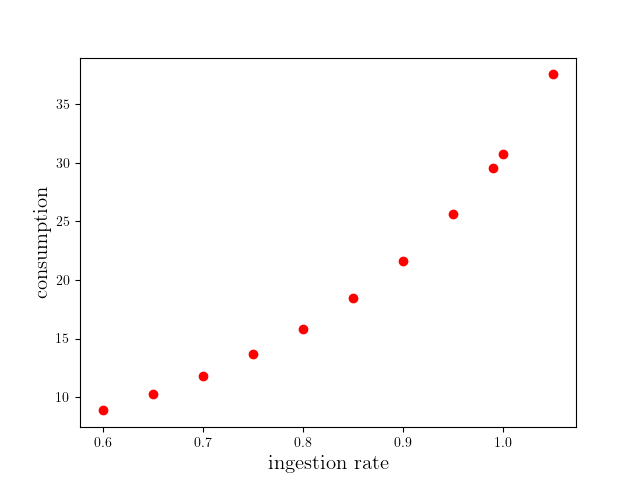 We fitting it with a same function: 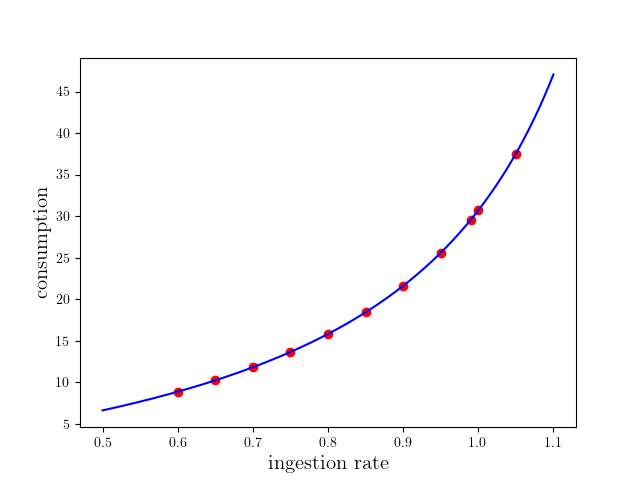 Then, we plot the points that total consumption equals to the max consumption 40.86, which can be saw as the critical point that the pine tree will die due to nematodes. 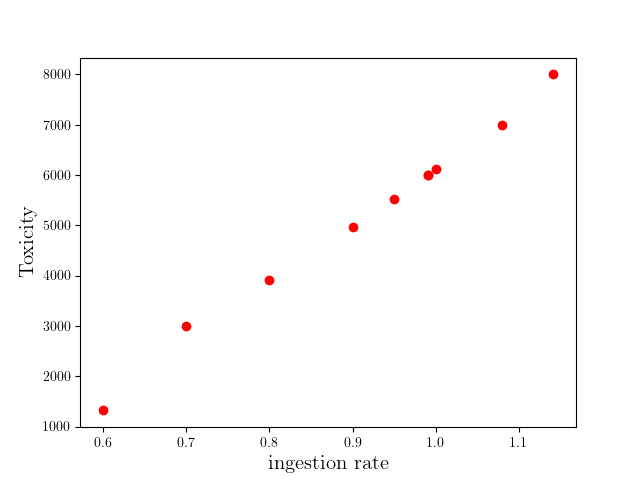 Figure 8: The points that total consumption equals to the max consumption, toxicity versus ingestion rate

If we could measure the ingestion rate of nematodes, we could use this figure to determine how toxicity our modified pine trees needed to immune to nematodes. 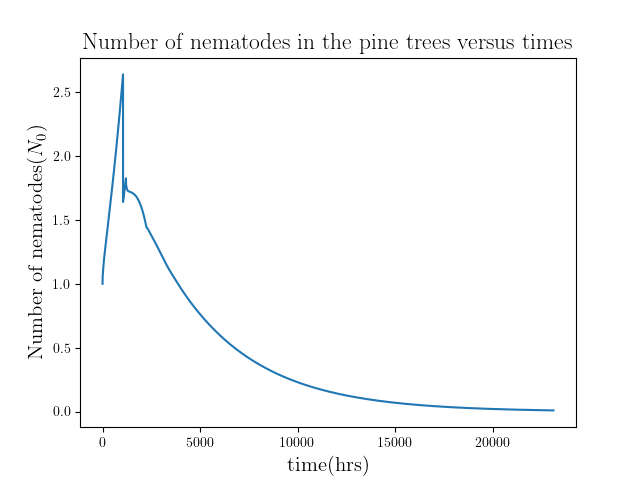 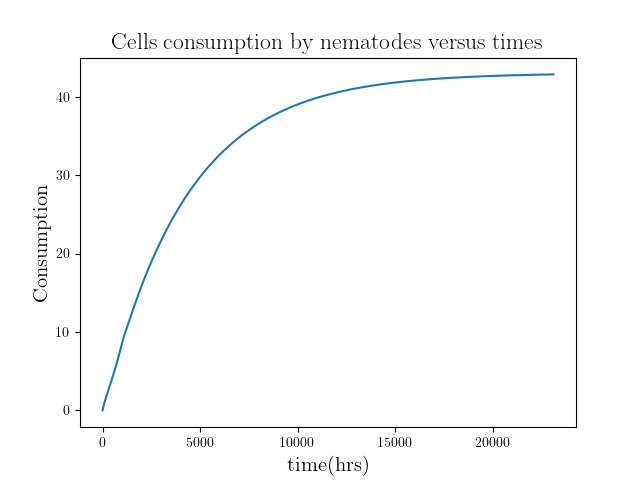 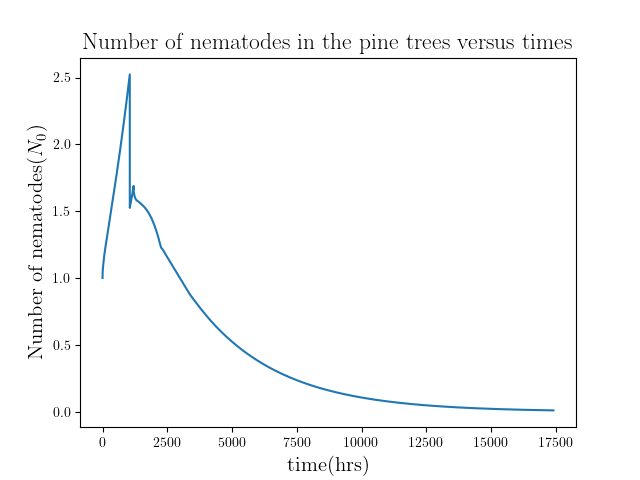 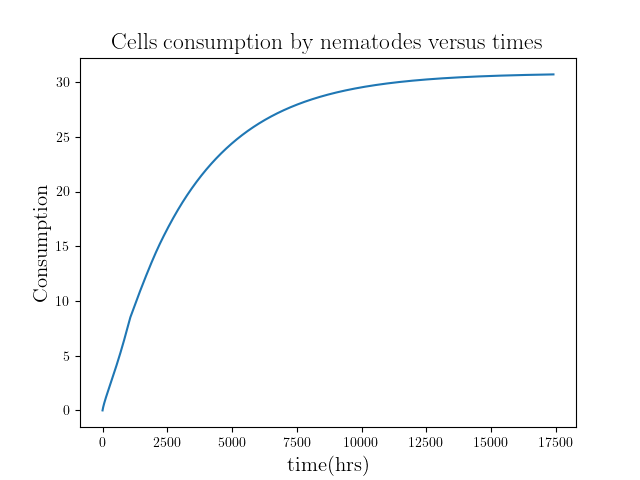 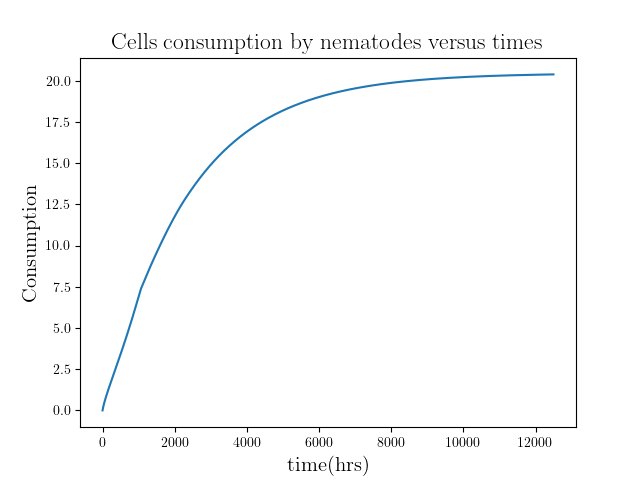 The total consumption is 42.85, 30.71, 24.34, 20.39 respectively. Compares to the result from linear mode, they almost have the same consumption. Because the linear mode is much reasonable, plus they have similar result, we won’t do further discussion of this mode.

The biggest problem of our model is that we have two controllable variables in this model. To solve this problem, we design experiments to measure the data of nematodes.

First, we separate nematodes into several identical ethnic groups. We feed different groups with different quantities of modified callus where the quantities are small enough for nematodes can finish them in a short time (roughly 2 hours). We do qPCR to nematodes and get the relative concentration of mRNA. By doing so, we can plot the relation between concentration of mRNA and the consumption. Therefore, we can check which is more coincide to the experiment’s data between linear and highly nonlinear model. And we can get the values of toxicity of the pine trees.

To getting the ingestion rate of nematodes, we design two different experiments.

The second one, we put nematodes on the modified callus for a very long time (roughly one month). We can success the nematodes to make sure that they can survive on this callus. Then, we measure the biggest size and compared to the theory to figure out the ingestion rate.