For our project, we need to let our plasmid pass through E.coli, Agrobacterium, pine callus and put B. xylophilus on the callus to verify our sequence design. Therefore, we should make sure that each part is on the right track.

For B. xylophilus, because we need a large amount of the nematodes for the subsequent experiments, such as qPCR for target genes. We had to maintain their survival without a significant decline in number. So we made every effort to improve the growth environment of B. xylophilus.

The subculture of callus needs two weeks, and it is easy to be contaminated by bacteria and influenced by light. It’s better to guarantee both the medium and the process of taking an embryo are not interrupted.

Cloning is the most important part of engineering success. Because our design involves long hairpin RNA which needs to be expressed in pine callus. The choice of proper plasmid and sequence is easier to conduct Agrobacterium tumefaciens-mediated gene transfer and hence let the plasmid be able to express on the callus.

To make sure our design is able to kill the nematodes on pine and realize change for nematodes after digesting pine callus with our plasmid, the design for reasonable modeling is also necessary for our project.

To fulfill a scientific design is always not easy; however, we should never give up thinking of the idea to make our project better and complete. The following is the process we improve and reach our goal for each part of our experimental design.

Our experiments were based on previous papers. At the beginning, we wanted to make shRNA expressed in E.coli. Since these essays didn’t provide dsRNA sequence, we found some websites which helped us design shRNA. However, after going through Kyoto iGEM 2017 website, we realized that pine wilt nematodes don’t uptake E.coli. Therefore, we turned our focus to trees.

We were looking forward to creating transformed pine trees. In our concept, if pine trees could express dsRNA and RNAi mechanisms, this severe issue could be eradicated. Then, we found a handbook which explained the way to conduct hairpin structure cloning on plants. Besides, that book also gave us a novel idea --- long hairpin structure. As a result, we performed cloning experiments according to the handbook. We bought pHANNIBAL plasmids and designed sense and antisense strands. Moreover, we referred to paper to design long hairpin structures --- with whole or 350bp(short version) of exon. Unfortunately, with some unknown contamination, long hairpin construction failed. The sense strand was successfully cloned into pHANNIBAL, but it degraded a few days after the experiment. Thus, we altered our design, using binary vector and shRNA to achieve our goal (Fig. 1-1). 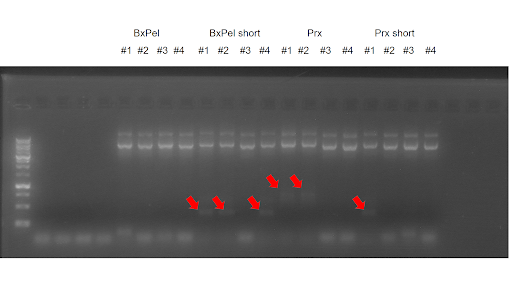 We used a website to build optimal shRNA. The experiment started from two primers being annealed. Then, they were inserted into a binary vector, pBI121. With the CaMV 35S promoter, we anticipated that shRNA could be expressed in pine trees (Fig. 1-2). 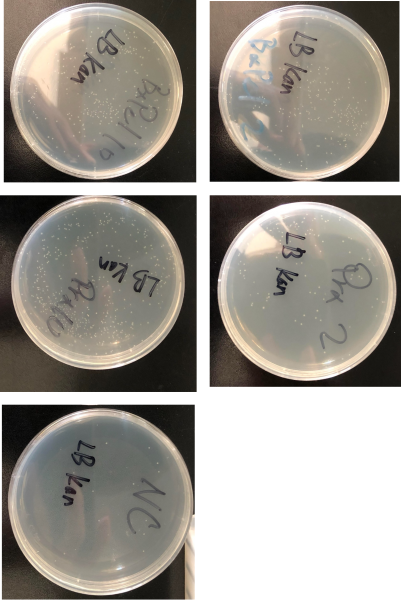 To certify that cloning was complete, we conducted a digestion check rather than a PCR check. Since hairpin structure may cause self-annealing which meant primers couldn’t bind to target genes. Additionally, our target genes were too small to be seen on agar gel while the original plasmid contained around 1800 bp within restriction sites. Therefore, we could know whether our target genes were cloned into the plasmid by bands appearing on the gel (Fig. 1-3). 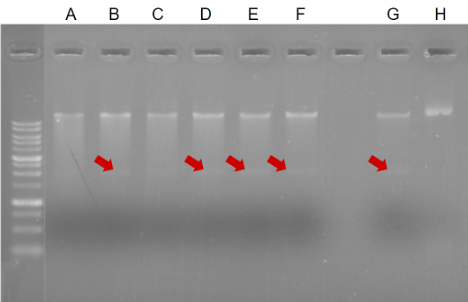 Fig. 1-3
(A-F) samples, A and C were successfully cloned into plasmid while B, D, E, F were not. (G) Digestion of original plasmid indicated 1800 bp band. (H) Original plasmid contained 1800 bp sequence making it larger than other digested plasmids.

The reason we decided to subculture B. xylophilus is because we want to make sure that the callus with our designed vector can successfully decrease the bad effect of nematodes. But due to COVID-19, our experiment process got delayed. So we only subcultured them.

On June 17, 2021, we received a set of tubes including one tube of B. xylophilus and two tubes of A. citri, the food for B. xylophilus. As soon as we received these tubes, we started to subculture them. But sadly, after two weeks, tubes of A. citri we subcultured didn’t grow well(Fig. 2-1). To be honest, it seems very few A. citri were alive in tubes. To solve this problem, we sent an email to Prof. Jiue-in Yang’s student--Mrs.Lu. She said that the problem led to failure remaining unclear and she would send a set of tubes and a video link to us. With her help, we got a more successful result in the subculture of this time. But the A. citri still seems fewer and more gray than those in the tube that Mrs.Lu gave us(Fig. 2-2). So we decided to visit Prof. Jiue-in Yang’s lab in NTU to understand which part of our experiment went wrong.

On August 18, 2021, we visited Prof. Jiue-in Yang’s lab in NTU and made the whole experiment we did in our lab. After watching the process, Mrs.Lu said that our experiment method didn’t have any problems. It might be other factors, like the environment of the lab or the humidity in the Incubator. When we returned to NTHU, she sent a set of tubes to us again. This time we subcultured B. xylophilus and A. citri by using an alcohol lamp and alcohol to make sure that our experiment wouldn’t be polluted during the aseptic process. We are glad to say that we got a better result after doing our experiment in the sterilized area(Fig. 2-3). 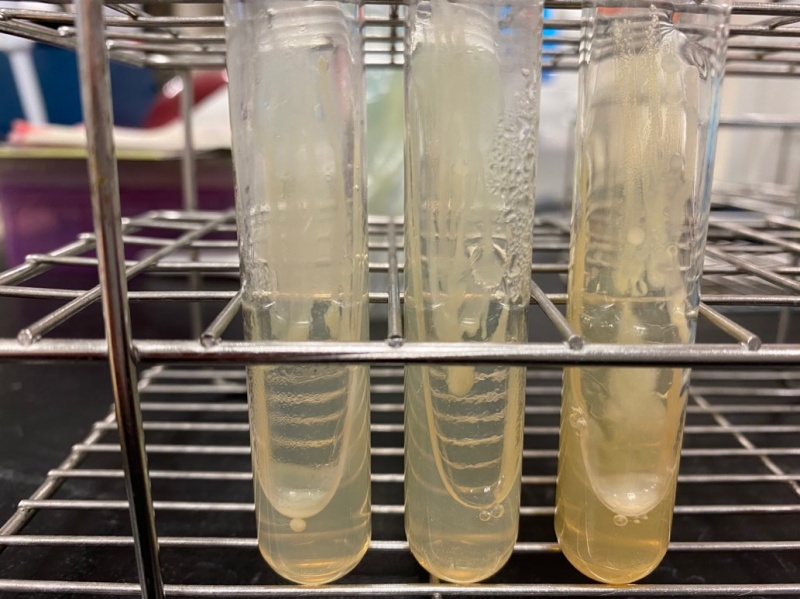 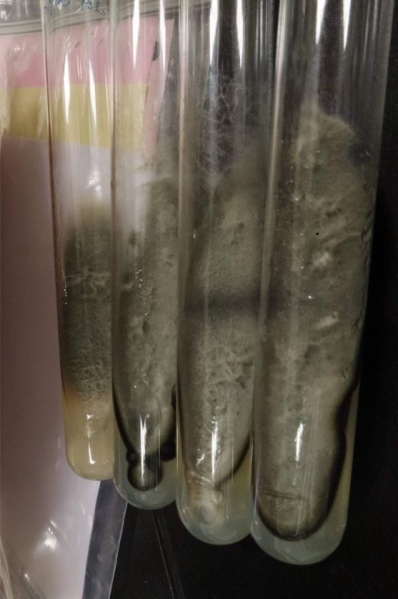 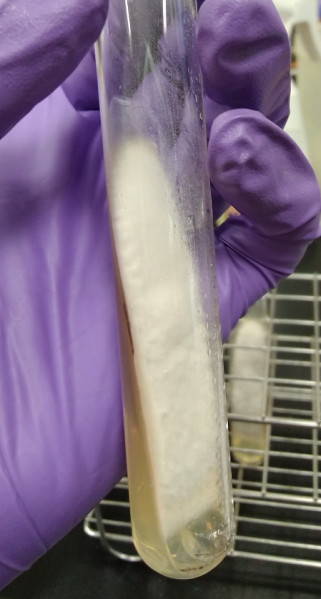 Since we couldn't use the whole plant to conduct experiments, we aimed to gene-modify pine callus to fight the infection of B. xylophilus. First, we had to choose which kind of pine species we should use.

There are three reasons that we chose Pinus armandii as our experimental subject:

First, P. armandii is easy to get pine wilt disease, which means it is vulnerable to B. xylophilus.

Third, P. armandii can grow well under the weather conditions in Taiwan and its seed is easy to get.

Due to the pandemic, COVID-19, we couldn’t buy the suggested medium -- LM (Lollably medium). After discussing with Professor Wen-Liang Chen from NCTU, we replaced the LM medium with the MS medium, which is the most common medium for pine tree callus but less nutritious compared to LM.

We used MS that contain 2,4-D, 6-BA, inositol, and sucrose to culture our callus. In the start, we also added kinetin into the medium, but the callus didn’t grow well, it seemed not growing. We guess the problem might be the proportion of the auxin and the cytokine. The ratio of cytokinin to auxin is usually 1:1 to induce the formation of plant callus. Since we already had 6-BA, we decided not to use kinetin, and make auxin(2,4-D) and cytokine(6-BA) more balanced. Fig. 3-1 and Fig. 3-2 were the cultivation of callus with and without kinetin.

Inositol is important to plant growth and development, also it is believed to play an important role in cell division. We tried to add extra inositol in our medium and got a satisfactory result (Fig. 3-3~3-4). 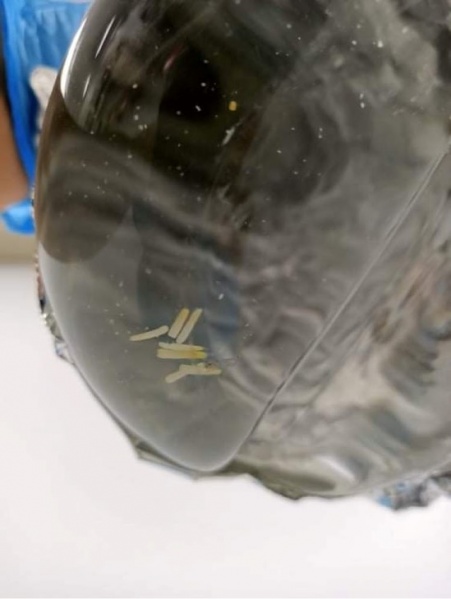 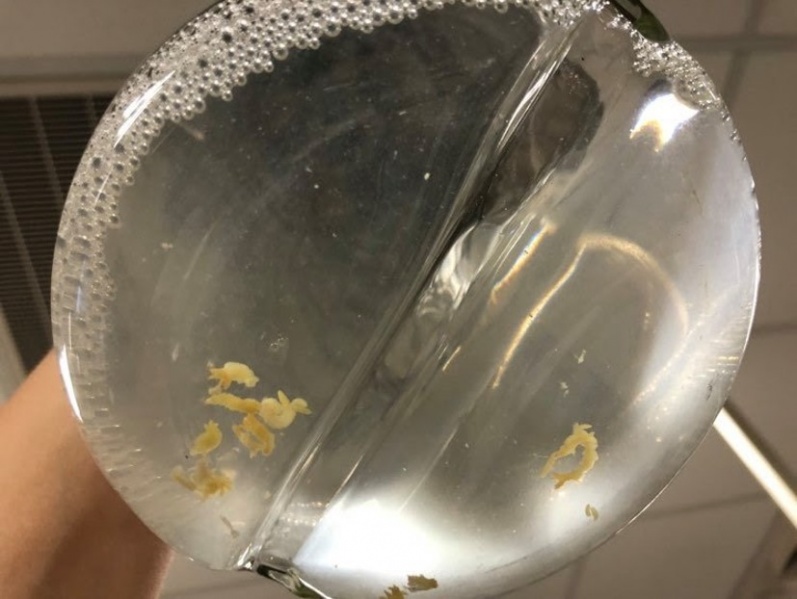 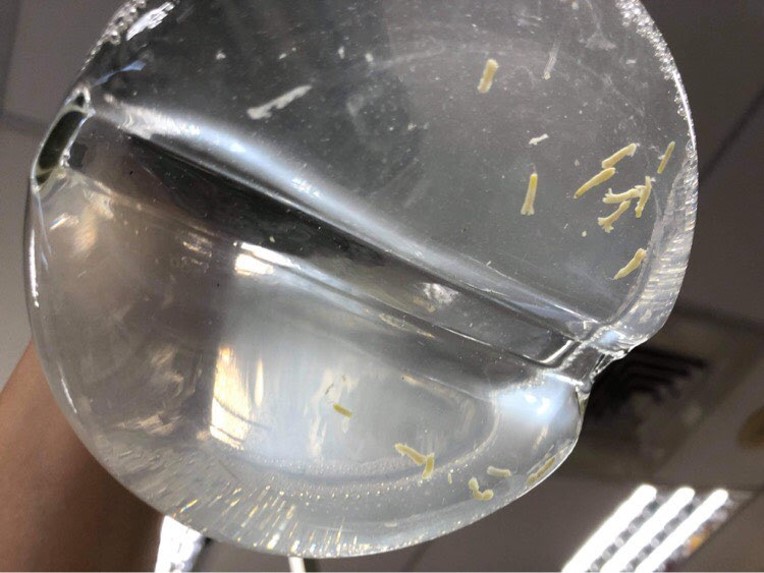 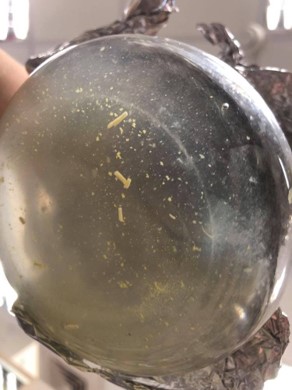 In our project, we try to plant a modified pine tree to stop the spreading of B. xylophilus. Due to Taiwan’s laws, we can’t modify a complete pine tree in the laboratory, therefore we use the callus of P. armandii in replacement. To examine whether our modified pine tree can resist nematode or not, we build a model to compute it. The model of B. xylophilus is devised and constructed by us, we referred to papers or report to make it close to the real situation.

Design of our model

After the nematode is mature, it stops growing. The consumption rate would be a constant too. We found that nematode can’t eat before hatching. So, the energy they acquire from consumption is used to reproduce and growing for the larva of nematode.

When the system reaches the equilibrium state, the degradation rate would equal to the production rate, so we could write down the equation of [mRNA] with given consumption x:

For linear mode, we assume the relation between the production rate of mRNA and the concentration of mRNA is an oblique line:

P_0 is the production rate when [mRNA] is zero, and [mRNA]_max is the max concentration of mRNA.

As for the highly nonlinear mode, we assume the relation between the production rate of mRNA and the concentration of mRNA is a step function:

Substitute P_r into equation, we have:

Now we have the relation between [mRNA] and the consumption rate. Then, we need to figure out the relation between mRNA and ingestion rate. We consider a cell its cell wall thickness is d and nematode can acquire n nutrient after eating it. Times for a nematode to break down its cell wall is T. Breaking rate for a nematode is proportional to the concentration of pectin lyase p(t), so we could write down:

Because the ingestion rate of nematode can be written as I=n/T , substitute T from equation (?) into it, we have:

The integral rate is proportional to the root of the concentration of mRNA.

Parameters in this model

With these conclusions shown above, we could build a birth-death model and calculate the consumption if we have these parameters: the ingestion rate, the digestion rate, the birth rate, the death rate, and the toxicity.
We could write down the equation of growth for nematodes:

The product of A and B is the digestion rate per unit length of nematode. The solution for this equation is:

Where t_0 is the hatching time of nematodes, and l_0 is the length right after the nematodes hatched (initial length).
Fitting the data we found from papers, we have: 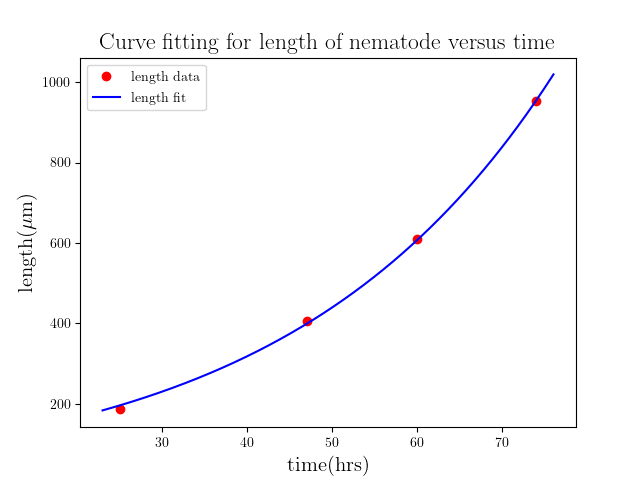 From the paper, we found the average ages for nematode is roughly 600 hours. To simplify computation, we assume the nematode will die when it aged for 600 hours. We also found that a female nematode can reproduce roughly 80 eggs in 600-74=526 hours. So, we could calculate out the reproduction rate in an hour: 0.076.

Table: Symbols of our model

In our model, we use iteration to compute the curve of consumption, birthrate, amount of mRNA, and size. To simplify the computation, we ignore all dimensions except time. 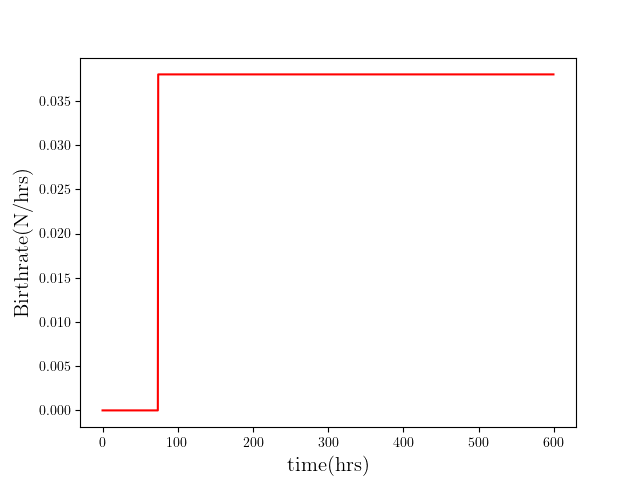 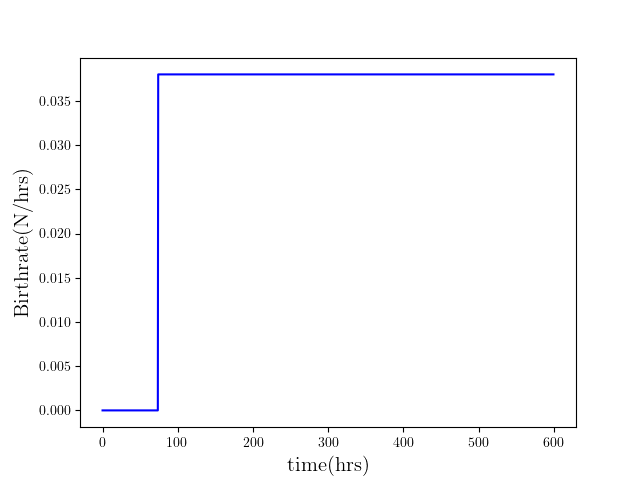 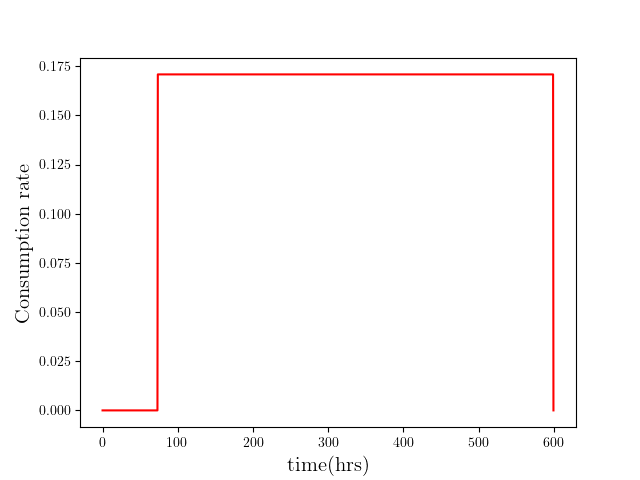 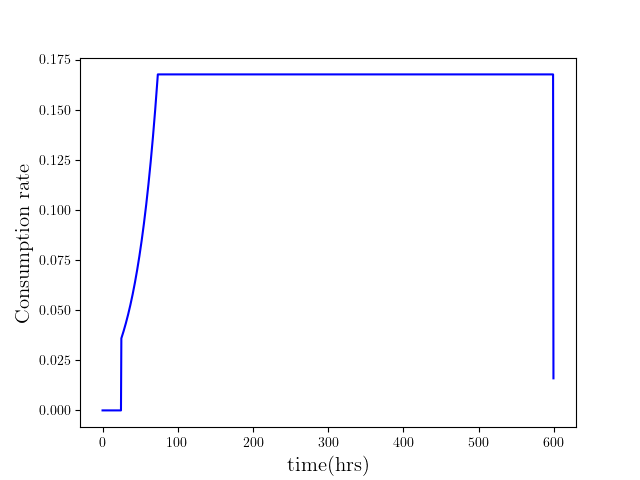 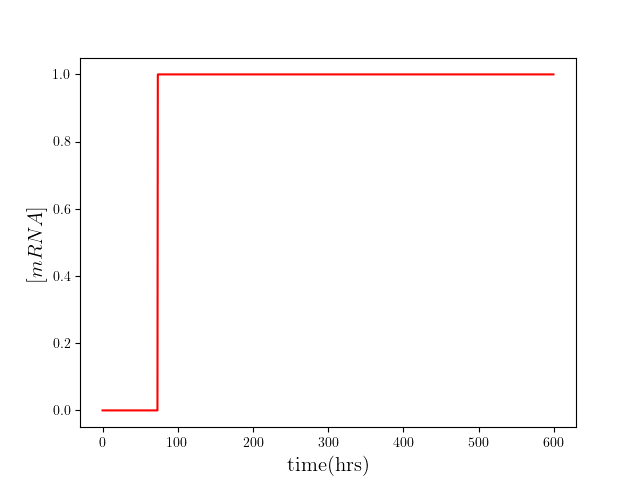 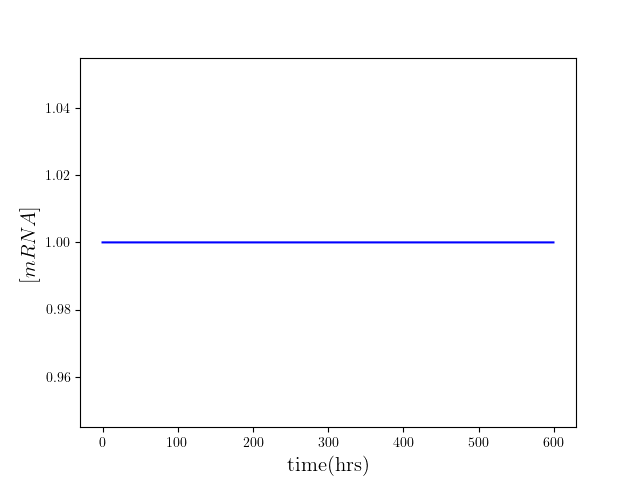 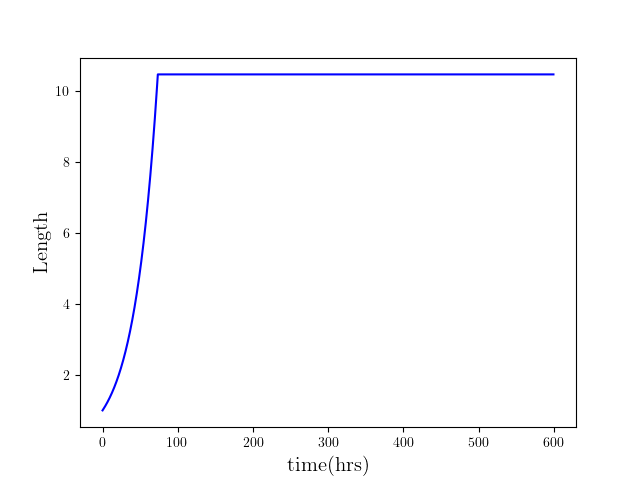 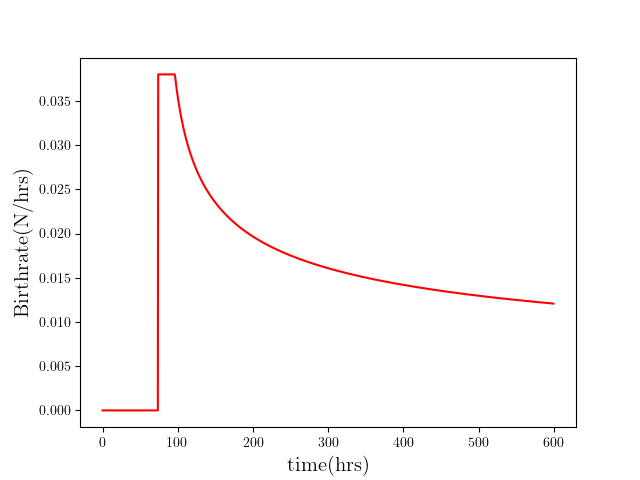 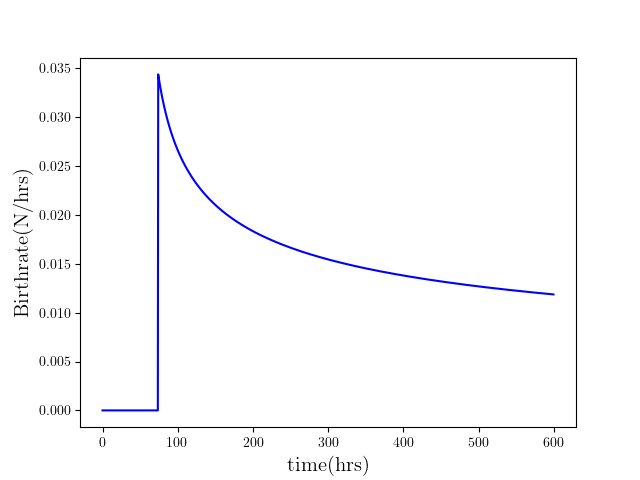 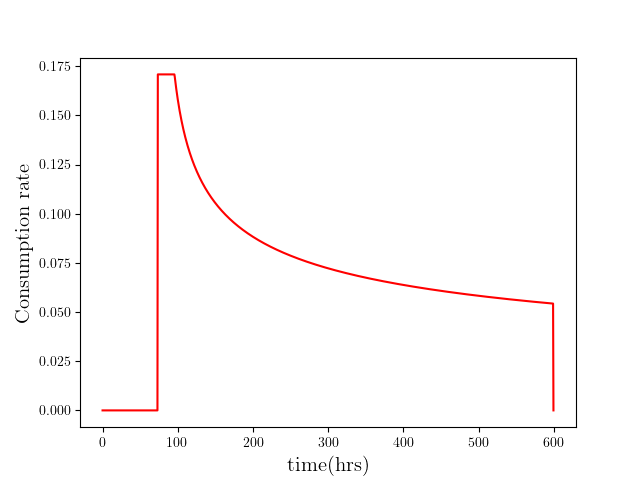 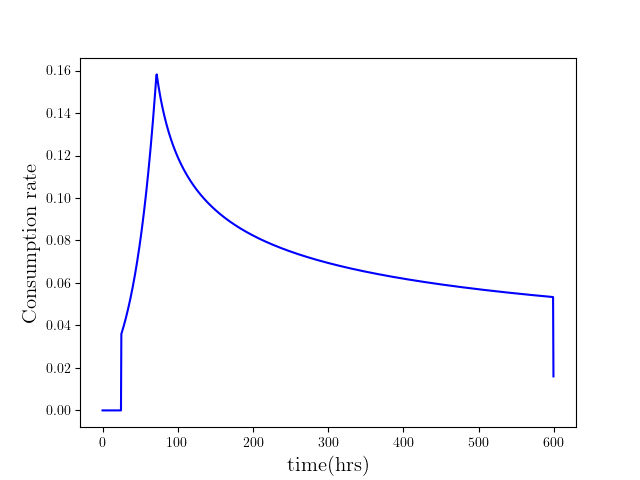 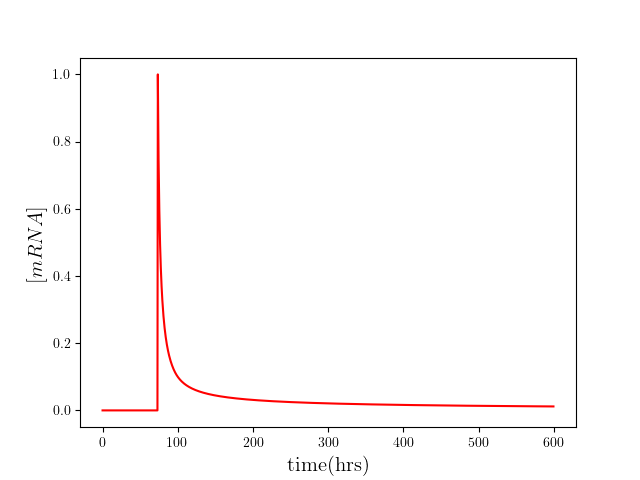 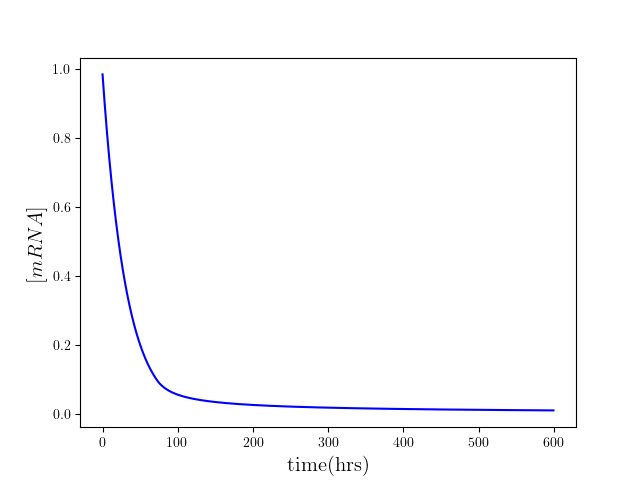 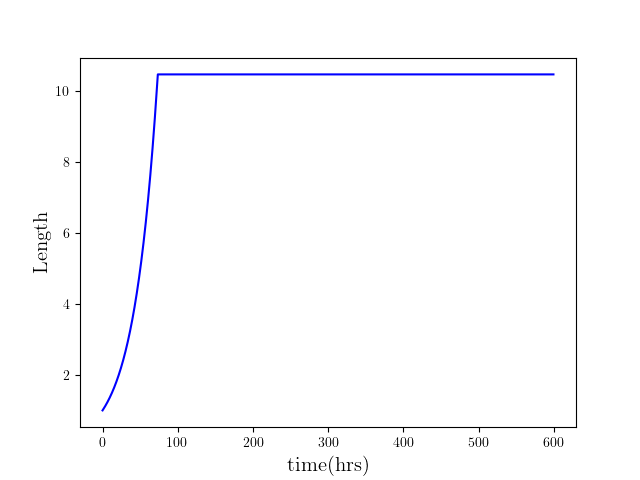 By iteration result, we could use them to calculate the evolution of population size and the total consumption.

As mentioned before, the consumption is the main reason why pine trees withered. Therefore, we need to calculate the max consumption in an unmodified pine tree before it withered. According to previous reports, after being infected by nematodes, pine trees would stop secreting resin in 6-20 days. In 20-30 days, the transpiration of pine trees would decline, and leaves would start withering. At the same time, lots of funguses and bacteria invade the sapwood of pine trees. Therefore, nematodes receive lots of nutrients and the population size increases rapidly in the whole tree. We choose 6 days as the point that the consumption is too large for pine trees to cure themselves. We choose 6 days because we want to make sure that all modified pine trees are immune to nematodes. Therefore, we choose the day that pine trees start having symptoms. 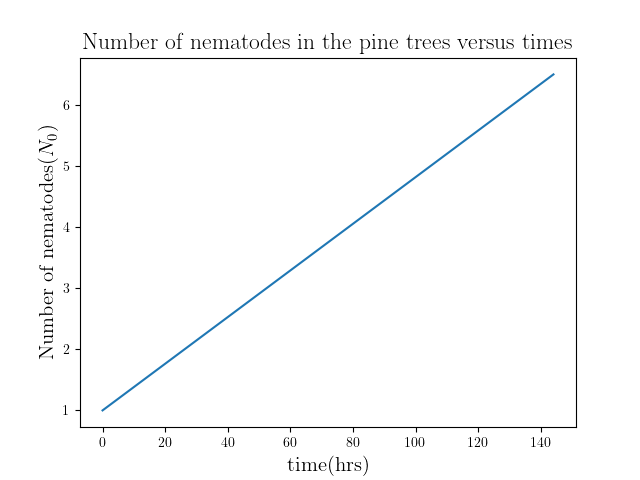 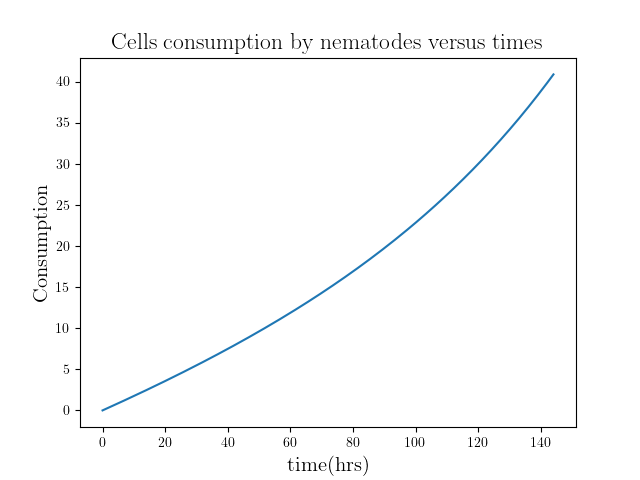 Figure 4: Evolution of population size of nematodes in unmodified pine trees (a) and the accumulation of total consumption (b).

In the same way, we could calculate the evolution of population size and the accumulation of total consumption versus times with any given toxicity and initial ingestion rate. If the population size of nematodes drops to 0.01, we claim that all nematodes are dead in this one tree. By comparing the consumption with the max consumption, we can determine whether this pine tree can survive under the attack of nematodes.

The result of the model is shown in dry lab: model.

[9] Identification and Characterization of a Dual-Acting Antinematodal Agent against the Pinewood Nematode, Bursaphelenchus xylophilus, PLoS ONE 4(11):e7593 DOI:10.1371/journal.pone.0007593