During the earlier period of our project, the most impressive thing we saw about the threat of pine wilt disease is the picture that the pines of National Central University in our country are dripped with insecticide. It surprises us that such a big amount of plants turn yellow not because of season change, but the wound made by B. xylophilus. Therefore, we want to make it possible for pines to get rid of pine wilt disease by a method that is more environmentally friendly. 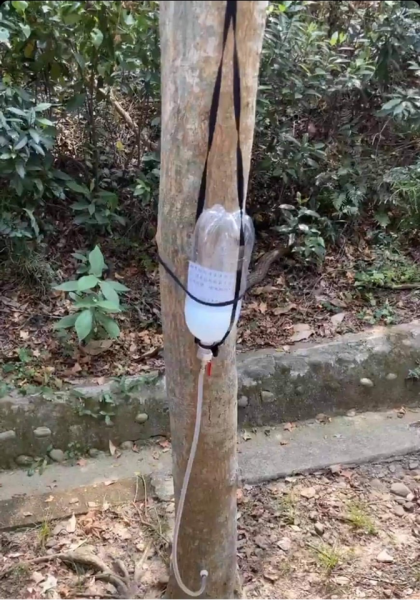 Because we haven’t known the siRNA in pine callus uptaken by B. xylophilus will degrade the target gene to what extent, the initial goal of our project is to clarify the effect of our method. After we successfully conduct our strategy on the callus, we’ll try to use it on the pine tree in the Forest Test Field belonging to one tree defending company of our country.

As for the long-term purpose, we hope to make our method one of the ways to rebuild the gloomy forest environment; after all, the balance of the forest environment not only influences the survival of creatures in it but is also related to the production of related industries. According to ISAAA’s report, the distribution of planting areas for genetically modified plants has risen a lot since 1996. Also, take the USA as an example, planting transgenic plants is possible under the regulation and permission of APHIS; therefore, it may be possible for our product to conduct in the field pine one day. By planting pine trees with the recognition of public opinion, we want to make an effort in recovering the environment from harm.

Traditionally, we use nematicides against B. xylophilus or even chop off pines suffering from pine wilt disease to prevent the spread of the disease.

Another potential method is biological control. People hope to use the power of ecological balance in nature to achieve the purpose of preventing pests and diseases. For example, we commonly aim for the carrier - Monochamus alternatus. Dastarcus helophoroides can parasitize mature larvae and pupae of the M. alternatus, while Sclerodermus spp. is used for controlling young larvae (2nd instar) of M. alternatus; Also, α- Pinene and other volatiles has been used to attract M. alternatus into the trap.

Though some pine species are resistant or tolerant to B. xylophilus, and people are planning to breed these specific kinds of species; However, it doesn’t mean that they will be suitable for every condition. Our goal is to design a method that can be implemented worldwide to fight against pine wilt disease one day!

The aspect of farmer

Since it is pretty hard to eradicate the pine wilt disease from an infected pine tree, we are seeking a sustainable solution that could be implemented on a large scale once and for all. Like the other widely planted gene-modified crops in America, our end users are probably plantation or horticulture farmers. Therefore, we decided to visit farmers who live in the countryside and ask for their opinion.

CHEN, JIAN-CAI is a local farmer who lives in Changhua, a city in mid-Taiwan known for agriculture. CHEN possesses extensive experience in cultivating crops for decades, including Podocarpus macrophyllus (Buddhist pine), a pine species susceptible to the pine wilt disease. Although CHEN said that his trees did not show similar PWD symptoms before, there do have been some people who once encountered this serious problem nearby. 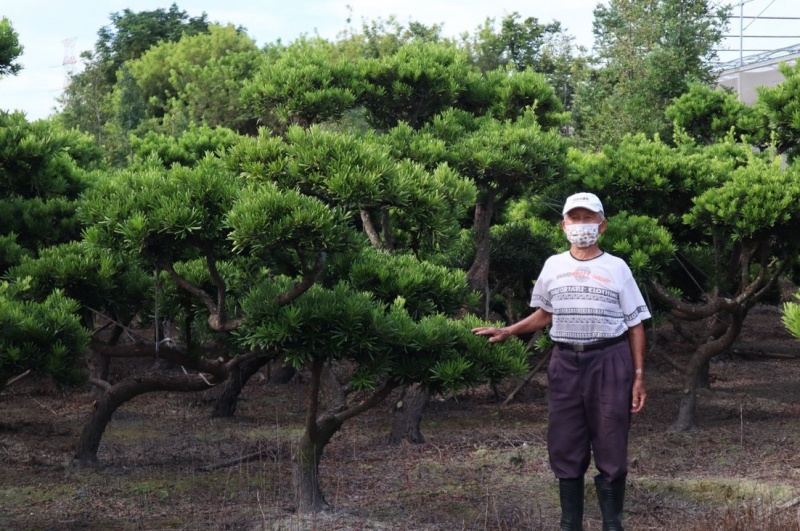 Few files away from CHEN’s field, a two-hundred-and-sixty-year-old Pinus taiwanensis (Taiwan red pine) is now suffering from the pine wilt nematodes. It has been diagnosed with pine wilt disease, and it’s still under chemical treatment. In addition, other pine trees also show similar wilt symptoms in the same yard, which might be the PWD. Since the vector insect for PWD, Monochamus alternatus, can fly several kilometers, the surrounding horticultural farms are likely under threat. 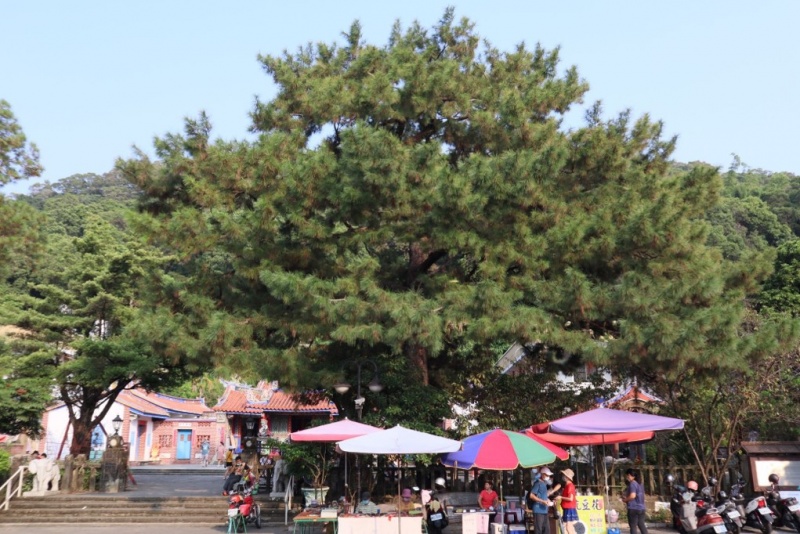 We talked about this potential problem with CHEN and proposed our solution, a nematode-resistant pine tree that won’t be infected. CHEN said that he was glad to see the outcome if we could implement our project in the real world, and he would like to try to plant some. He further explained that plantation is a long-term investment, it takes years for trees to grow up, and you won’t receive any revenue in the early stage. What’s worse is that you have to pay considerable effort to take care of your plants, and all of these were committed costs.

We firmly believe that if our project could be implemented in the real world, it would make plantations more cost-effective and labor-saving. The farmers can enlarge the planting scale or cultivate other crops as a sideline. Besides, the investment risks will decrease without the concern of pine wilt disease. As a result, one will no longer lose his shirt due to the tiny, nasty nematodes. 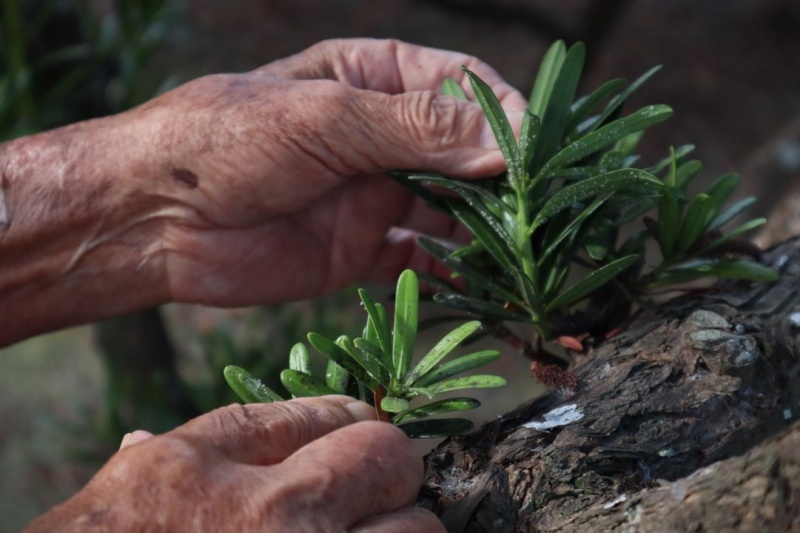 The furniture industry, construction industry, and even the governments of countries all over the world will be worried about the gradually disappearing pine forests. Forests not only provide the ingredients of the industry, as well a critical habitat for many creatures. In recent years, many countries are focusing on nature education and forest recreation; therefore, it has become more urgent to tackle this problem efficiently. Hopefully, our project can be one of the lights that make pines ever glow and bring back the amusement park where we can play enjoyably. 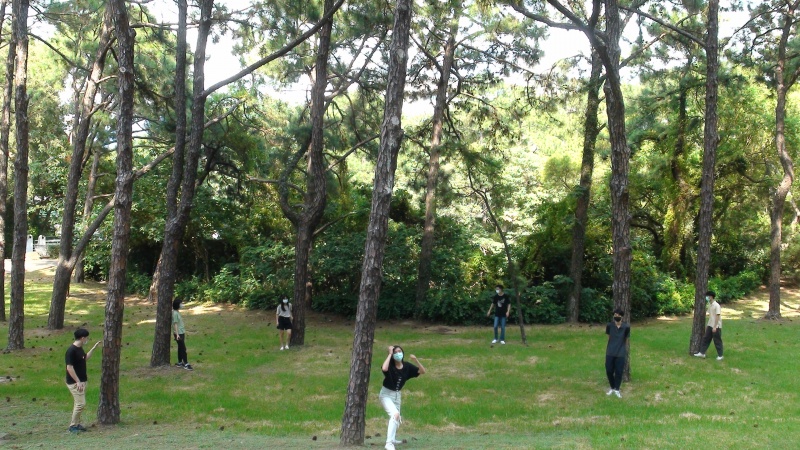