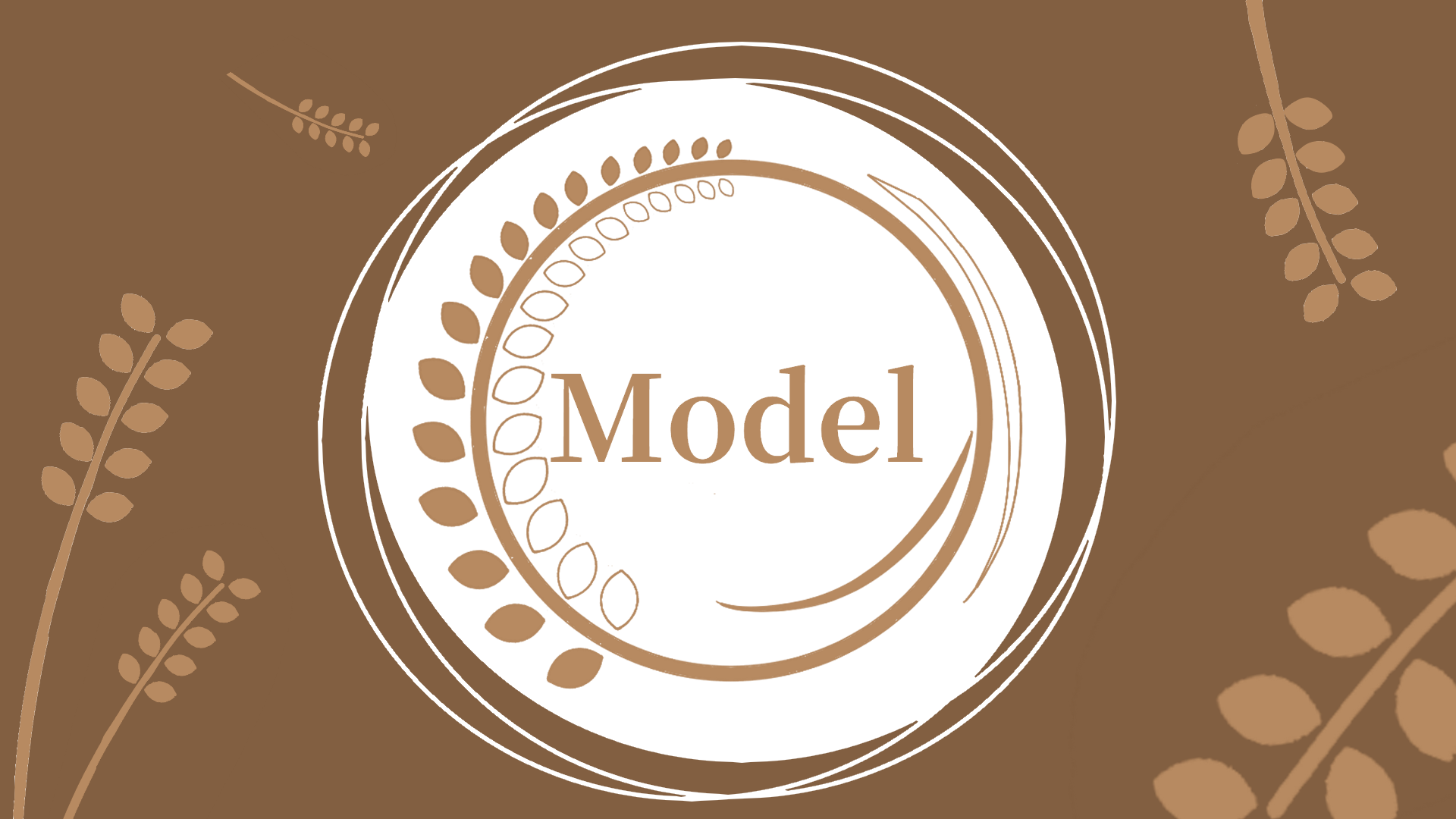 Since the impetus to quantify plant growth rate related to the efficiency of biostimulant, we exploit relative growth rate (RGR) which mathematically could be written as: [2]

and expand to equation [2],

then in the case of two harvest, our equation [1] could calculate as:

Among these, "a" represents any treatment group.

The initial and alternative mass of plants, M1 and M2 respectively, were set as primary indexes and plugged into equation (Eqn) [3] for the exponential growth curve.(Figure 1)
For Oryza sativa, the featured plant within our experiment, the RGR data were collected from three independent replications for evaluating the theoretical relative growth changing pattern (i.e., 0s indicated the relative distance between 0s' and CK's data point) and plotted in Figure 2 as Y-axis; the data points of testing experiments were collected from the other three independent replications and plotted in Figure 2 as X-axis. The linear regression method was used for the validation and evaluation of RGR biomass pattern between samples. The RGR biomass pattern regression line of the prediction and our experiment is Y=0.2151X-0.0037 and R2 is 0.8756, which represent the high fitness between our data and the theoretical model. The result simultaneously indicates that the 0-fold and 100-fold diluting Bacillus subtilis RM125/PQQ supernatant inoculation (the bacterial incubation were performed with saccharified straw liquid) can well improve on rice biomass accumulation and both of them are quite better compared to CK. (Figure 2)

We also test the three main indexes within RGR calculation, including unit leaf rate (ULR), specific leaf area (SLA), and leaf mass fraction (LMF). Among these, a described factor Growth response coefficient (GRC) was also considered while evaluating the improvement effect of our artificial endophytic producing inoculants.
Each of the GRC values indicates the relative importance of a growth parameter in explaining the variation in RGR. Generally, SLA and LMF explain most of the variation in growth rate, especially the SLA, on average, and plants diﬀered most in SLA and less in LMF and much less in ULR. (Figure 3)

Each of the GRC values indicates the relative importance of a growth parameter in explaining the variation in RGR. Generally, SLA and LMF explain most of the variation in growth rate, especially the SLA, on average, and plants diﬀered most in SLA and less in LMF and much less in ULR. (Figure 3) 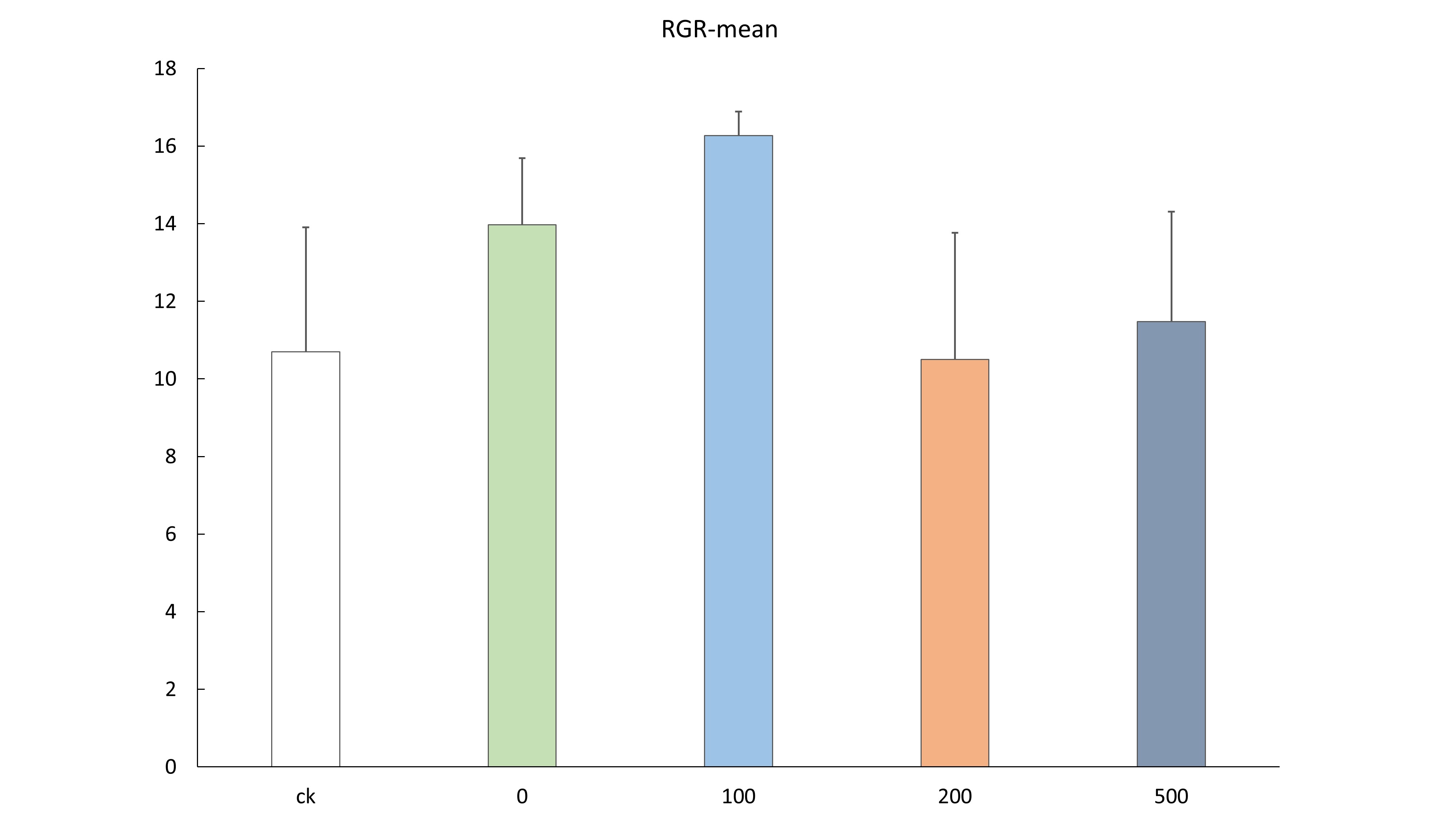 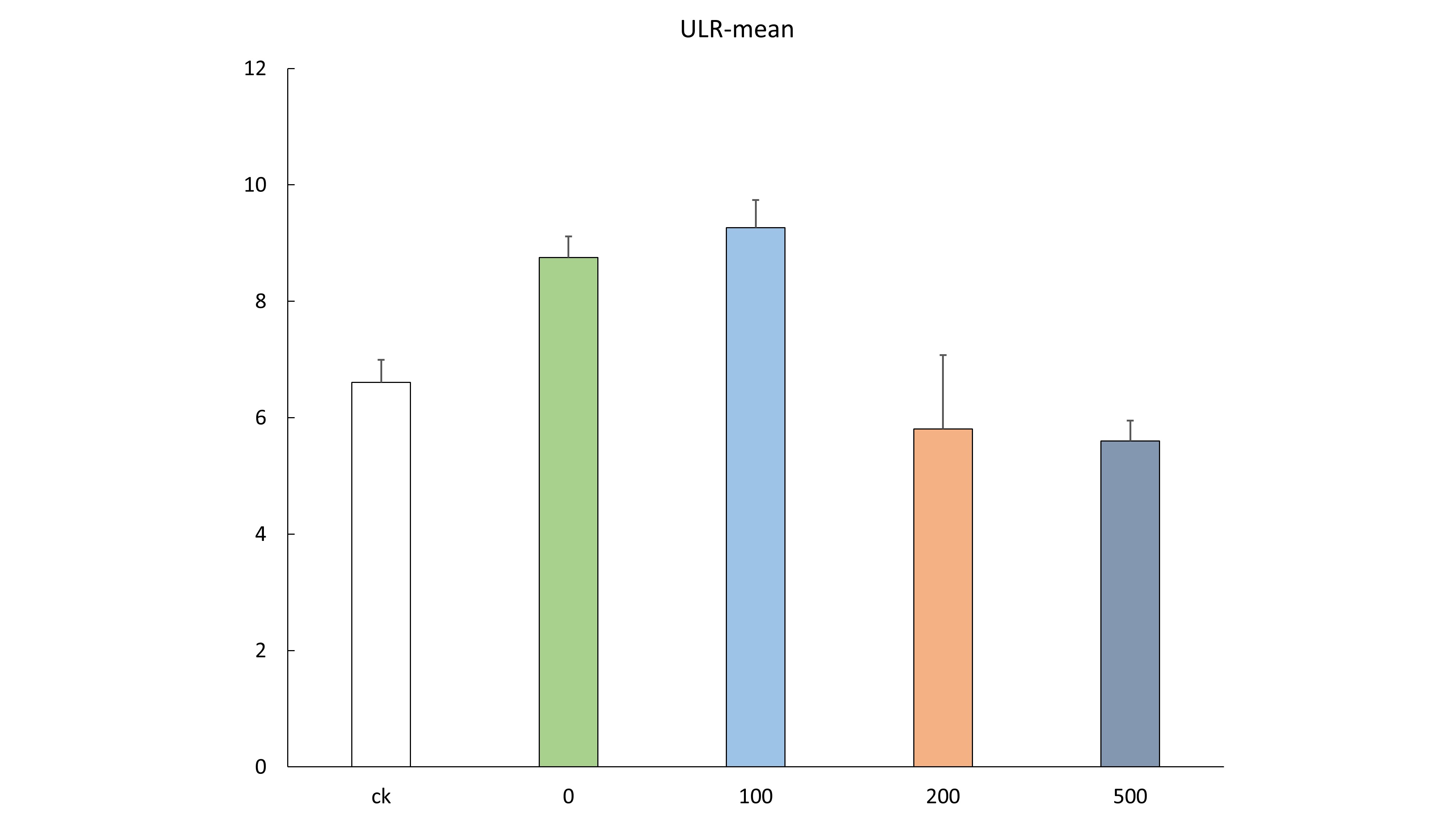 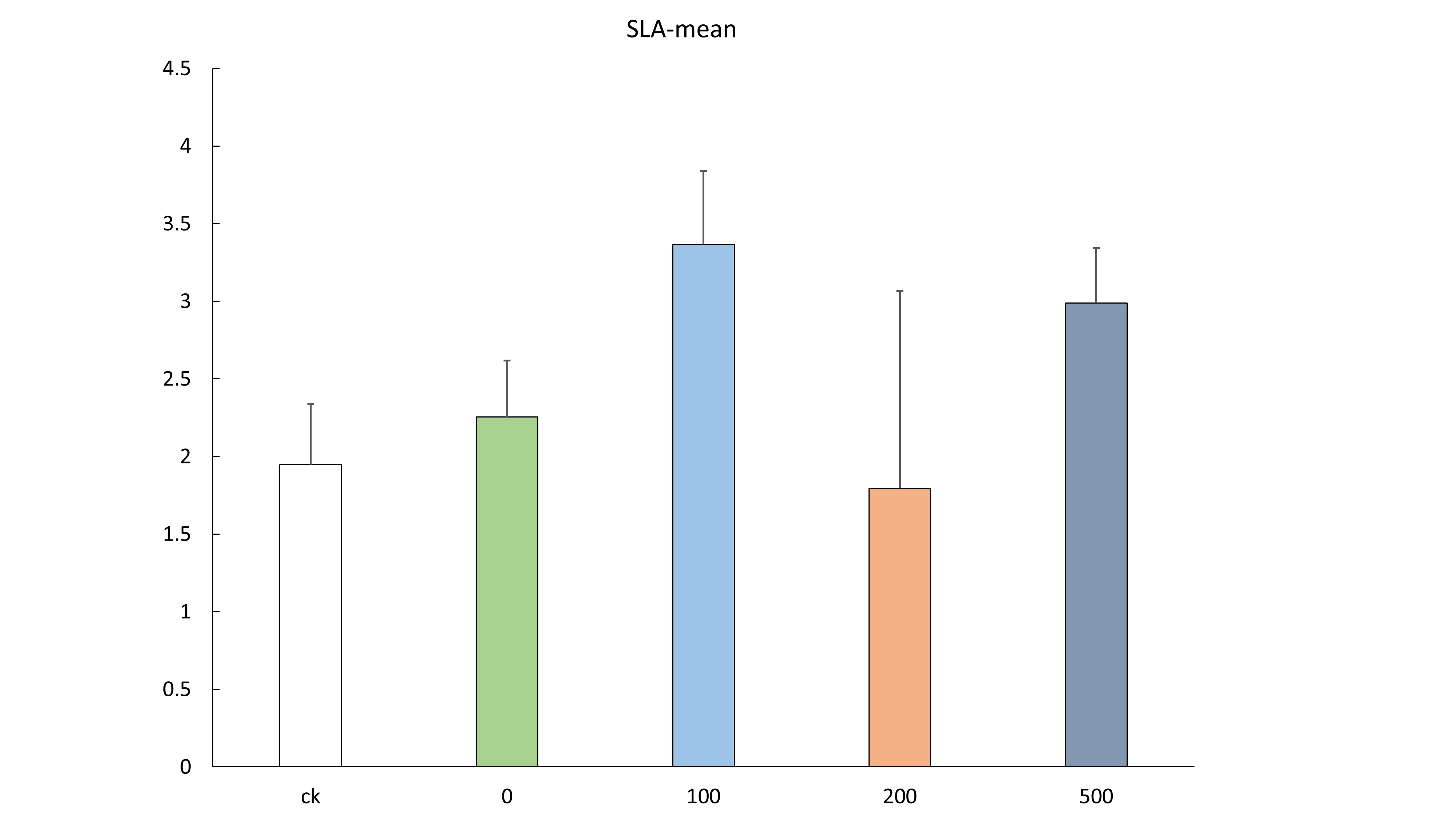 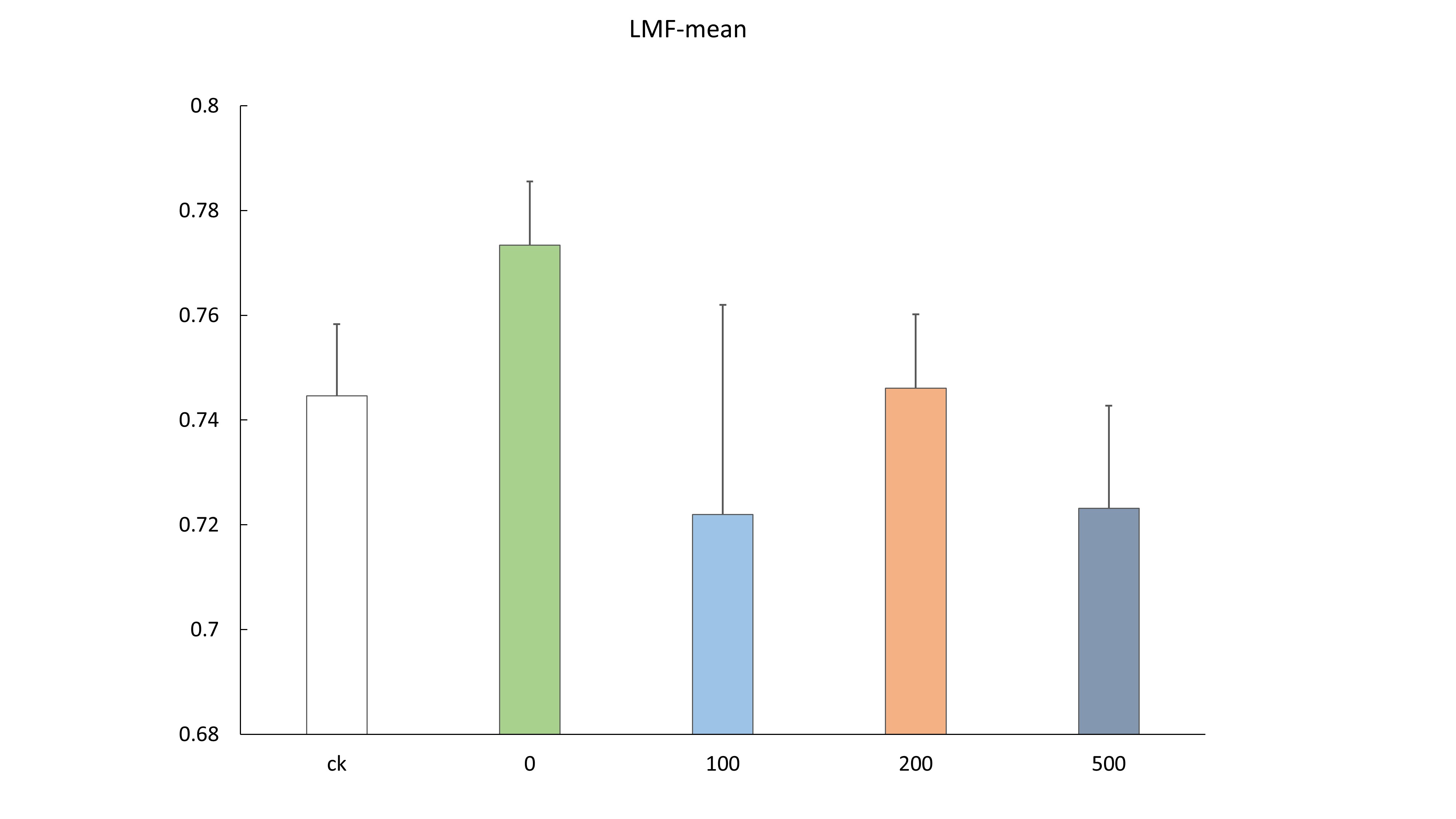 To us, the specific modified endophyte, RM125 can make plants growth promoting. We assume that it and its products have ability to decrease the emission of CO2 from the planting period. Aim to calculate the emission of CO2 concentration from plants and soil. The total CO2 output from the soil is mainly from the respiration of living root and microorganic biota in soil. Therefore, we divide it into two groups of content, soil only and potted plants. The study indicated that in order to measure the total soil CO2 efflux, one kind of method is component integration, which involves separation of soil components contributing to CO2 efflux [4]. Depend on ensuring the condition to fix the variables about the components and solve these effects of activities by subtracting the CO2 efflux in the soil in the group of potted plants. In the closed system, the part of CO2 efflux in the soil can be calculated as: [3]

And the other is root respiration of the plant, we did 16 groups of inoculating the pellet of RM125 (RM125/pel.), supernatant containing PQQ without bacteria (sup.) in kinds of dilution ratio 100-fold, 200-fold and fertilizer (TFC.) in kinds of dilution ratio100-fold,250-fold, 500-fold and 1000-fold, which are treatments of planting and soil only. Put the same treatment of plants, Arabidopsis thaliana, in self-designed airtight chamber for 40 minutes accumulating CO2 to be detected respectively. Simultaneously, the data of plants’ dry weight from three independent replications in different treatments had been collected. Evaluate relative statement between the result of CO2 emission and biomass of plants. This kind of value we called it as “the ability of CO2 capturing” 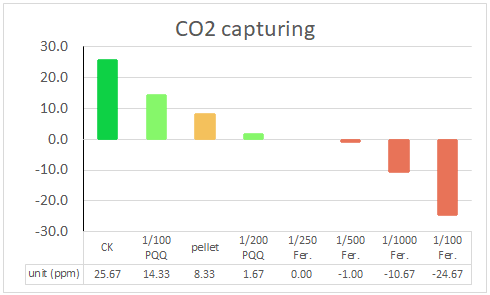 The analytical result indicates that the treatments added fertilizer are negative values comparing to their criteria, therefore, it represents they prone to release CO2 rather than capturing. Oppositely, the treatments added PQQ supernatant without bacteria, pellet and water control have positive influence to make plants capturing CO2 (Figure 8).

Besides the CO2 capturing of plants, we simultaneously analyzed the data of plants growth boosted by different treatments. The analytical results are as follows. 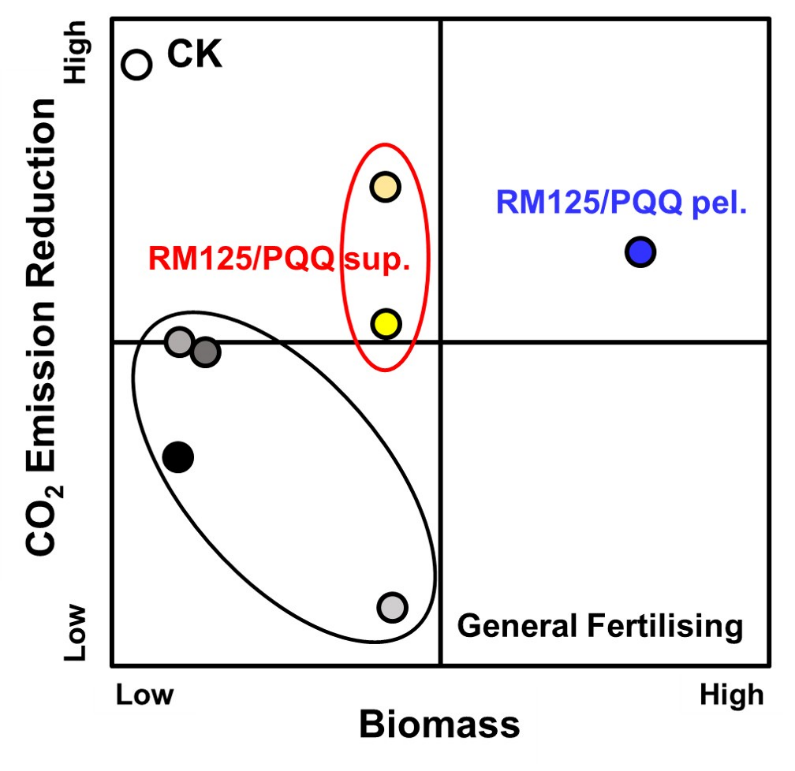