The McMaster Synthetic Biology Research Team (known as McMaster SynBio) is a student-led research team that gathers passionate undergraduate students to participate in synthetic biology wet lab, dry lab, and public outreach initiatives. Our team of students and advisors work together in a supportive, ambitious team environment to complete a project that will be presented at national or international competitions such as BioMod (Biomolecular Design) and iGEM (International Genetically Engineered Machine). 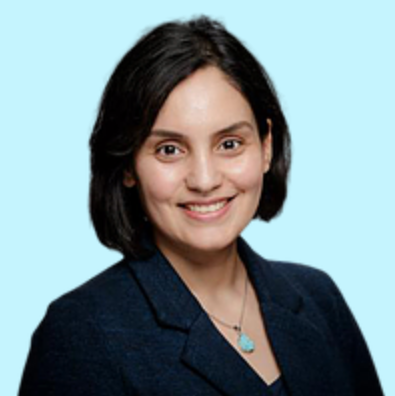 Dr. Hosseini-Doust is an Assistant Professor in the Department of Chemical Engineering at McMaster University, with extensive research and publications in bio-innovation, synthetic biology, and micro-nano systems. 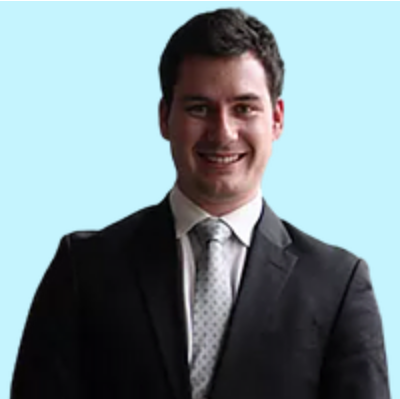 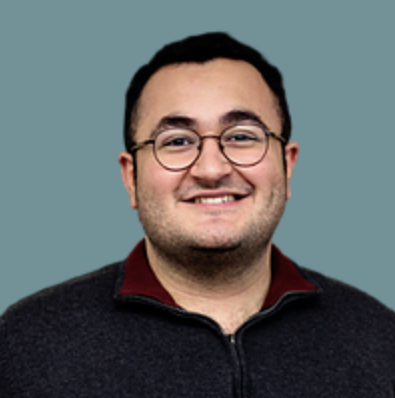 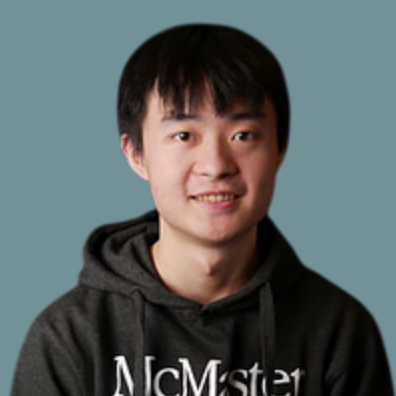 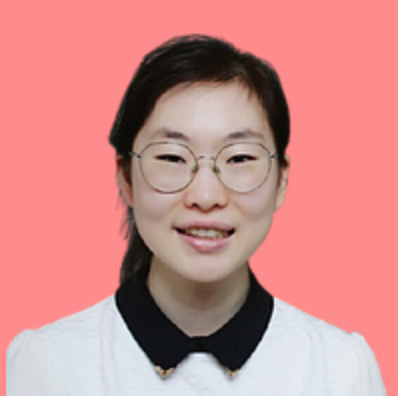 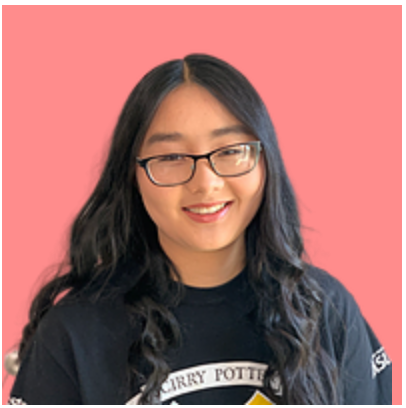 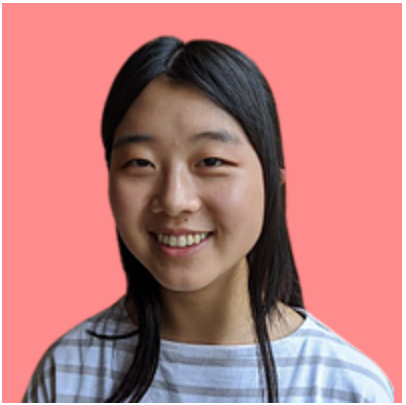 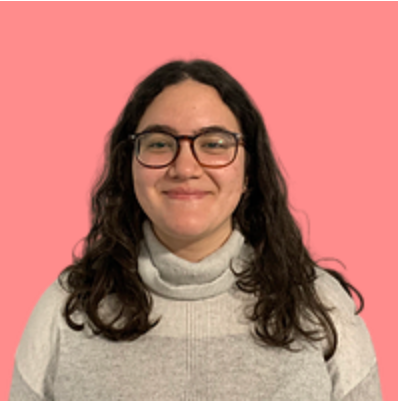 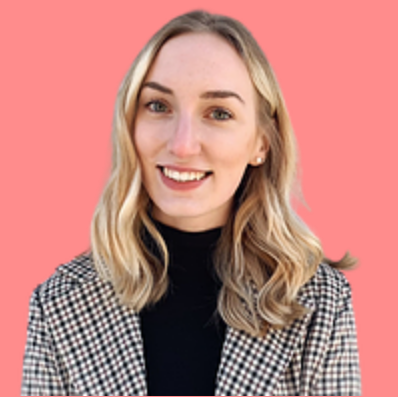 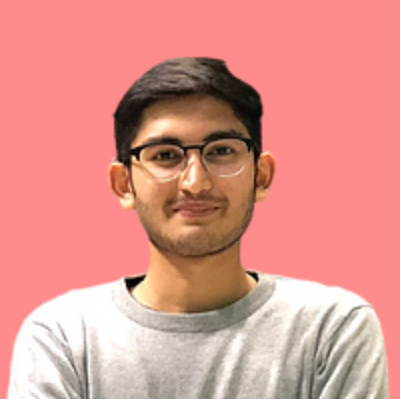 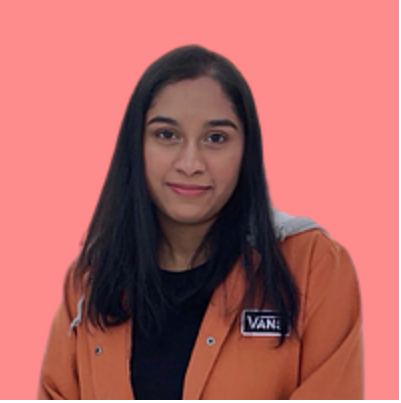 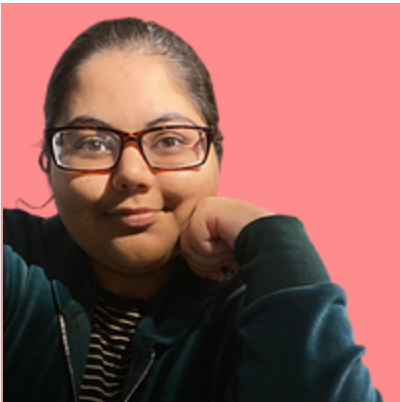 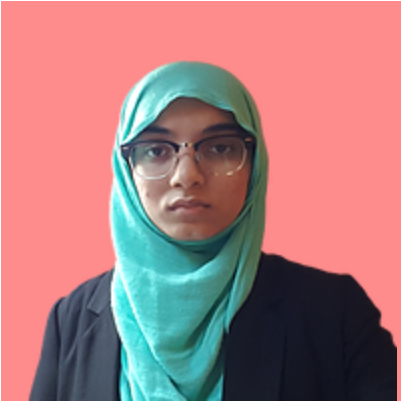 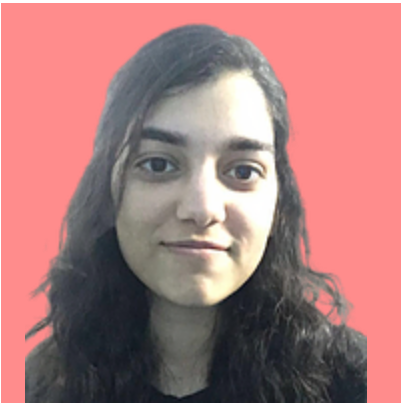 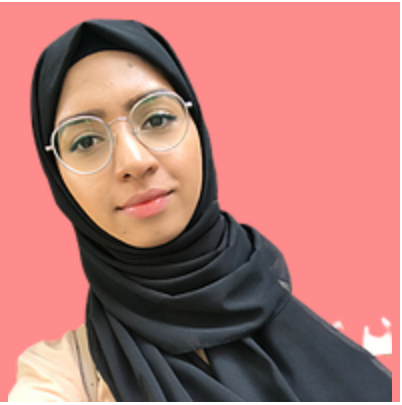 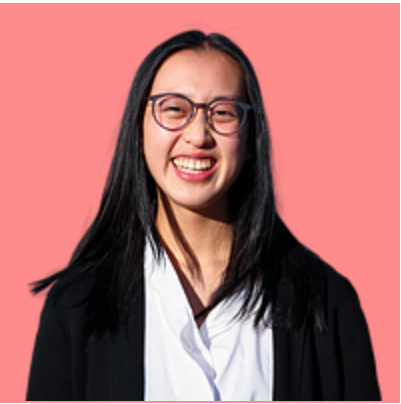 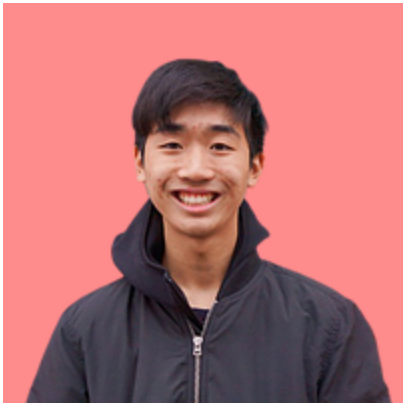 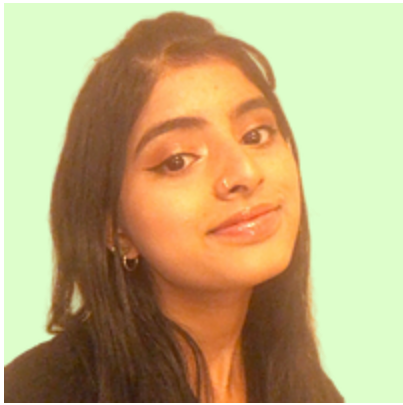 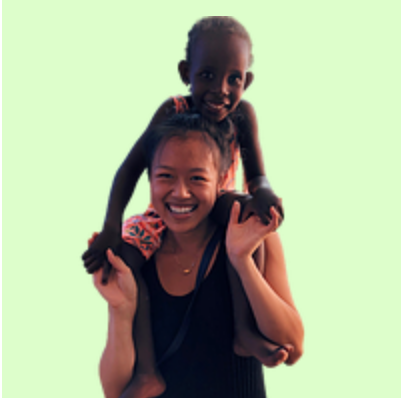 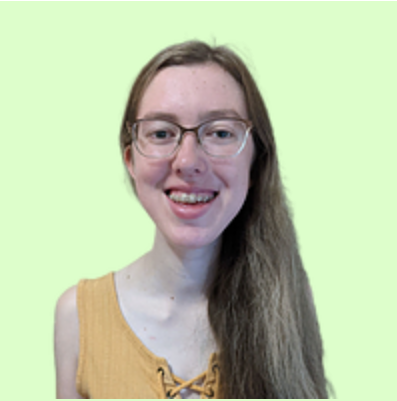 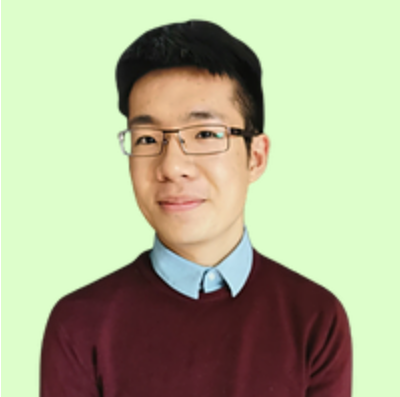 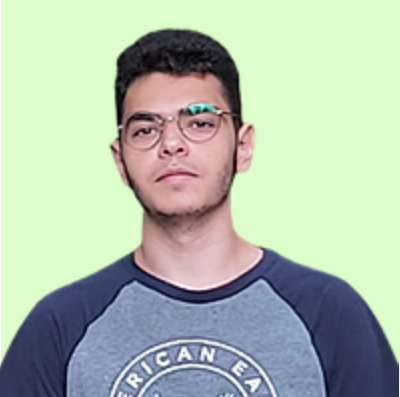 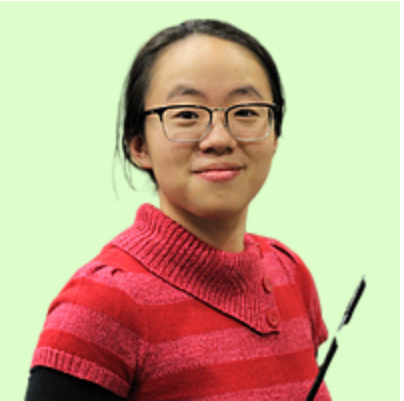 Kyle Jackson: Kyle Jackson is the Advisor of McMaster SynBio. He was closely involved in the project development and experimental design process. Specifically, Kyle offered in-depth knowledge about AIEC bacteria and technical support for designing AIEC-related in vitro experiments. Kyle was also involved in team management .

Hugo (Yu) Yan: Hugo is the Co-President of McMaster SynBio and the leader of its Wet Lab Division. Hugo conceived the wet lab project and led the research and development process. Hugo is also responsible for the team’s general administrative duties and fundraising.

Kian Yousefi Kousha: Kian is the Co-President of McMaster SynBio and the leader of its Outreach Division. Kian organized the human practices projects and led the execution of our team’s public outreach initiatives. Kian is also responsible for the team’s general administrative duties and fundraising.

Catherine Fei: Catherine managed and contributed to the Detection Module group, and she is also the Administrative Coordinator of Wet-Lab Division. She worked on circuit graphics, literature review, parts, and presented the project on behalf of the group at the BioTEC 2021 Create Workshop.

Jessica Wang: Jessica is involved in writing the initial proposal, focusing on researching colicin killing-mechanisms and safety. Her other research includes vectors, modelling parameters, parts, experiments and protocols. In the building phase, she was responsible for designing primers, troubleshooting and assembling the colicin circuits on Benchling and NEBuilder, and adding composite parts to the registry. With other team members, she was part of the team music video, and represented the Wet Lab Division in presenting at the BioTEC 2021 Create Workshop.

Ayesha Umair: Ayesha researched the AIEC’s characteristics and role in UC and CD and investigated the QseB and QseC systems, and how they relate to our genetic circuit. Ayesha contributed to our team protocols. She is responsible for programming the functionality and UI of our iGEM 2021 Team Wiki page.

Dana Kukje Zada: Responsible for preparation and delivery of wet lab training material. She contributed to the detection module research and design. Dana researched markers of AIEC, autoinducer-3 and nitric oxide as well as the transportation and killing mechanisms of colicins E1 and E9. Dana focused on researching signaling molecules, finding parameters for modeling, and creating experimental design/workflows. Dana enjoyed contributing to the creation of graphics for the wiki.

Ethan Tran: Responsible for creating a model of the NO, QseB, QseC circuit as well as the NarX positive feedback loop using Matlab and Simbiology.

Maia Poon: Maia researched the mechanisms of AIEC in ulcerative colitis and Crohn’s disease, different phylotypes of AIEC, and different treatment options for AIEC and Crohn’s disease. Within the Detection Module group, she conducted literature reviews on whether QseC can bind to Autoinducer-3 (AI-3) without involving QseB and how QseC is translocated to the membrane. She helped write the team’s project proposal as well as questions for stakeholders. In addition, she helped develop experimental protocols.

Misaal Mehboob: Assisted in the initial development of the project proposal by researching the role of nitric oxide in IBD. As part of the Detection Module group, she reviewed the literature for modelling parameters for circuit 1. She also contributed to the Wet Lab experimental protocols, and prepared some questions to ask stakeholders.

Jessica Xing: Jessica was involved in the initial planning and development of the proposal and is a member of the Detection Module group. She was responsible for a number of literature reviews examining the function and presence of Al-3 in AIEC bacteria and its relationship to the QseBC system. She also contributed to the research and determination of an appropriate bacterial vector.

Archan Dave: Archan was involved with the overall design and assembly of the Effector Module, selection of parts, and implementation of novel secretion methods. Moreover, Archan provided technical expertise, researched protocols, experiments, produced schematics for both Modules, and was involved with overall construction and feasibility of circuits.

Binjal Pradhan: Binjal held meetings for her subgroup and worked with other researchers throughout the project. She helped curate a presentable summary of the implications of AIEC in IBD. She helped write various parts of the Wiki, including but not limited to the effector module, specifically about the colicins, safety protocols and overview. Binjal created many figures relevant to our descriptions and provided research expertise by summarising findings and looking for specific protocols for important experiments. She also helped outreach film some promo videos and contributed to both the final video script and filming. Binjal has also managed to gather good funding for our Phase 1 and Phase 2 projects.

Shumaim Barooj: Contributed to the initial development of the proposal as she was specifically involved in the AIEC background and Autoinducer and its molecular pathway research. She designed the co-culturing protocol along with assisting in other projects protocols such as the Gibson assembly, and biofilm formation. She reviewed literature for the modelling parameters and reached out to an IBD patient to receive feedback on their battle with IBD. She also contributed to the write-up of the implementation of this project.

Agatha Jawor: Throughout the duration of the project, Agatha was primarily responsible for creating a matlab simulation and mathematical model of the proposed circuit. Prior to this, she also assisted in selecting parts from the iGem registry and writing a justification.

Aiman Dhillon: Aiman is our finance coordinator and has been involved in researching AIEC’s characteristics and roles in both CD and UC, as well as aiding with parts, protocols and experiments. Additionally, Aiman has played an active role within human practices projects including writing and editing our team’s collaborative song about synthetic biology.

Katherine Chen: Katherine organized and edited our song collaboration project. Throughout the year, she worked as a graphic designer and made more than 10 infographics on topics of mental health, scientists of the globe, and humans of IBD. As well, she managed our social media and helped us expand our social media outreach by %20. Katherine also contributed to our written article published in the Hamilton Spectator newspaper.

Marvin Yan: Marvin worked as an animator throughout the year. He worked on more than 5 animation video projects on topics of synthetic biology and inflammatory bowel disease. He also co-hosted the Imamortal Podcast on topic of aging. Marvin coordinated our intern recruitment and contributed to our article published in the Hamilton Spectator newspaper.

Par Unnikrishnan: Par contributed to our collaborative song project by writing the lyrics and singing. Par worked on a presentation on the topic of IBD for more than 150 children from Nova Scotia. She also hosted our webinars throughout the year.

Cindy Zhang: Cindy organized and edited our song collaboration project. She organized our trivia night to raise awareness about IBD. Cindy also contributed to our written article published in the Hamilton Spectator newspaper and she coordinated our intern recruitment.

Matin Borhani: Matin worked on a presentation on the topic of IBD for more than 150 children from Nova Scotia. Healso contributed to our written article published in the Hamilton Spectator newspaper and organized our trivia night to raise awareness about IBD.

Lydia Hodgins: Lydia organized our integrated human practices initiatives. She was an editor for our team’s wiki content and participated in video production for our social media content about inflammatory bowel disease. 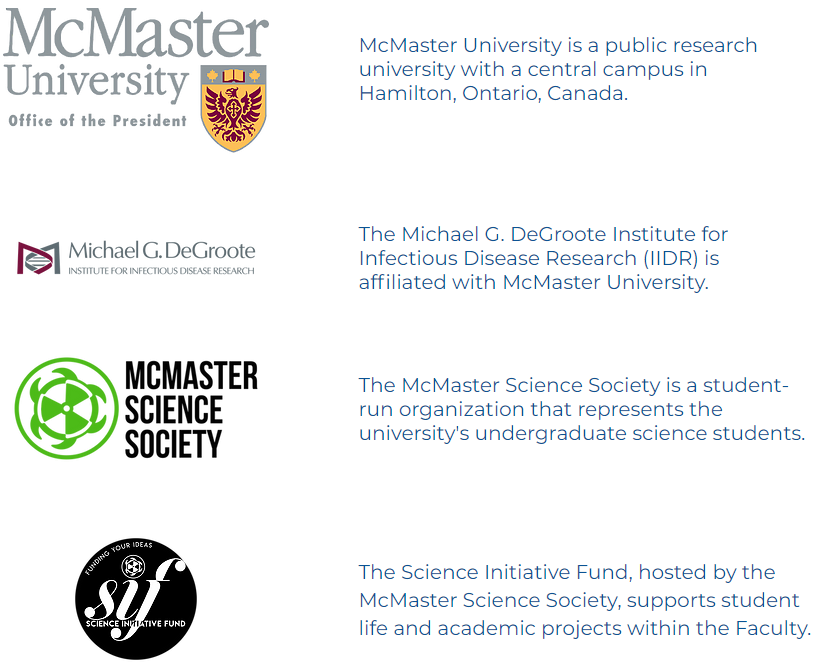 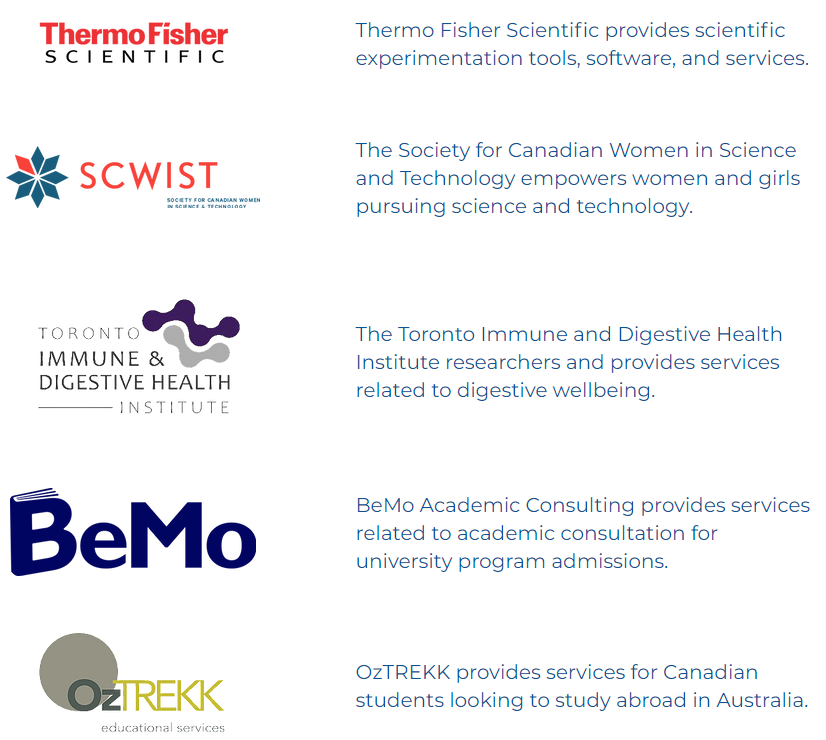