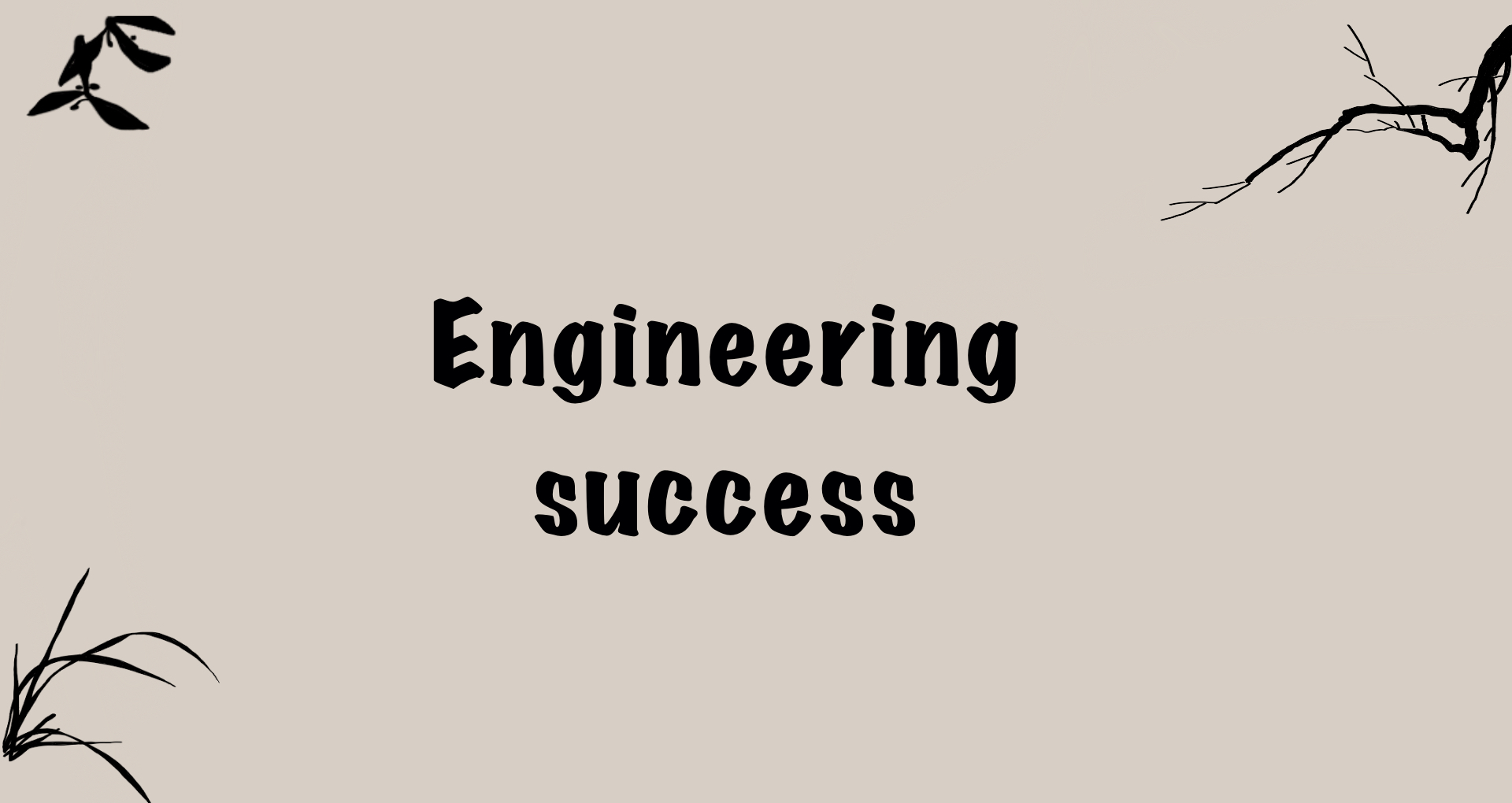 Behind the successes mentioned above, we encountered various problems at different stages. At first, we realized that some planned experiments did not work. This includes the fact that the ideal spore structure was not visible under the microscope, false-positive results for Cas12a detection which was caused by the sequence after RPA and ssDNA probe over-addition, and problems regarding the Cas12a detection efficiency. These problems forced us to start new engineering cycles (design -> build -> test -> learn -> design... ), eventually promoting the development of our project. This page will show you exactly how we designed and improved our experiments to reach our goal. 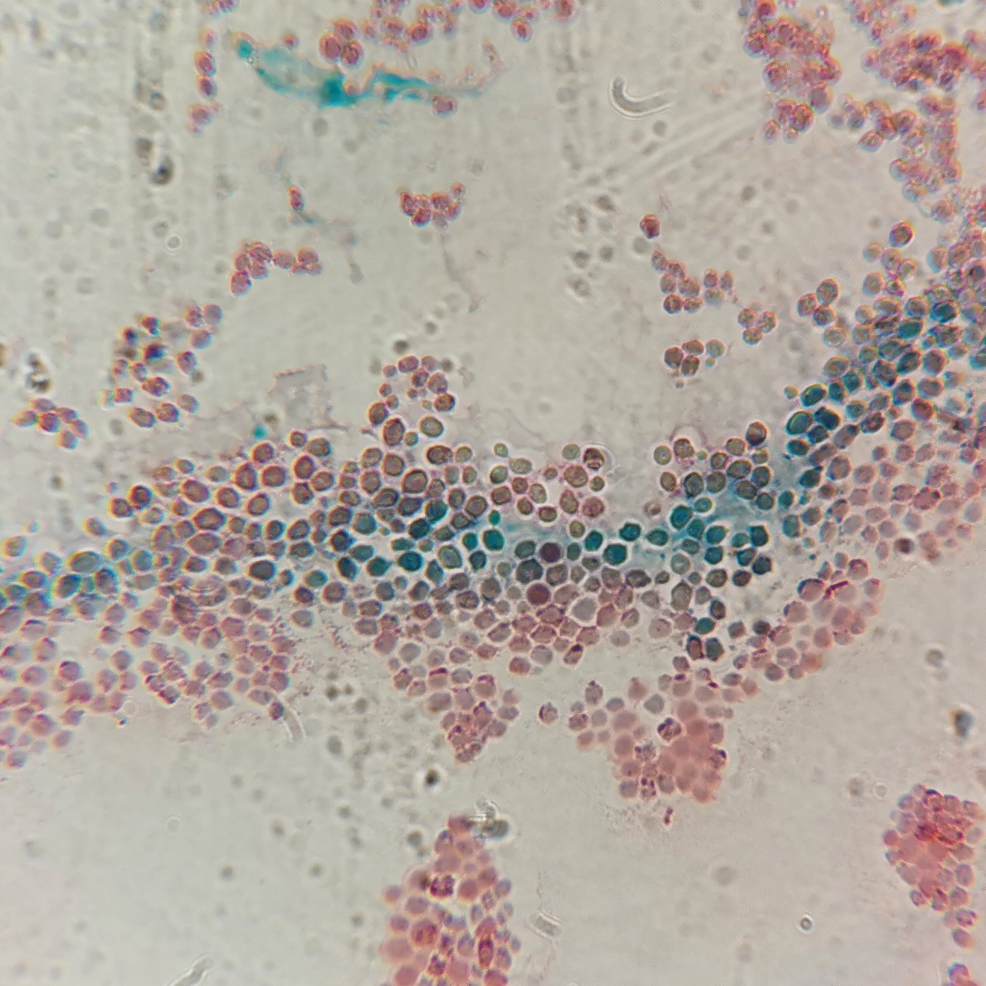 We assumed that this may be due to the prolonged dyeing time of malachite green as well as the influence of saffron counter dye. Hence, in order to clearly observe the haploid spores, we shortened the baking time of malachite green and removed the steps of counterstaining. After inspection, punctate haploid spores can be clearly seen in the ascospores (fig.2), which means the improvement is successful. 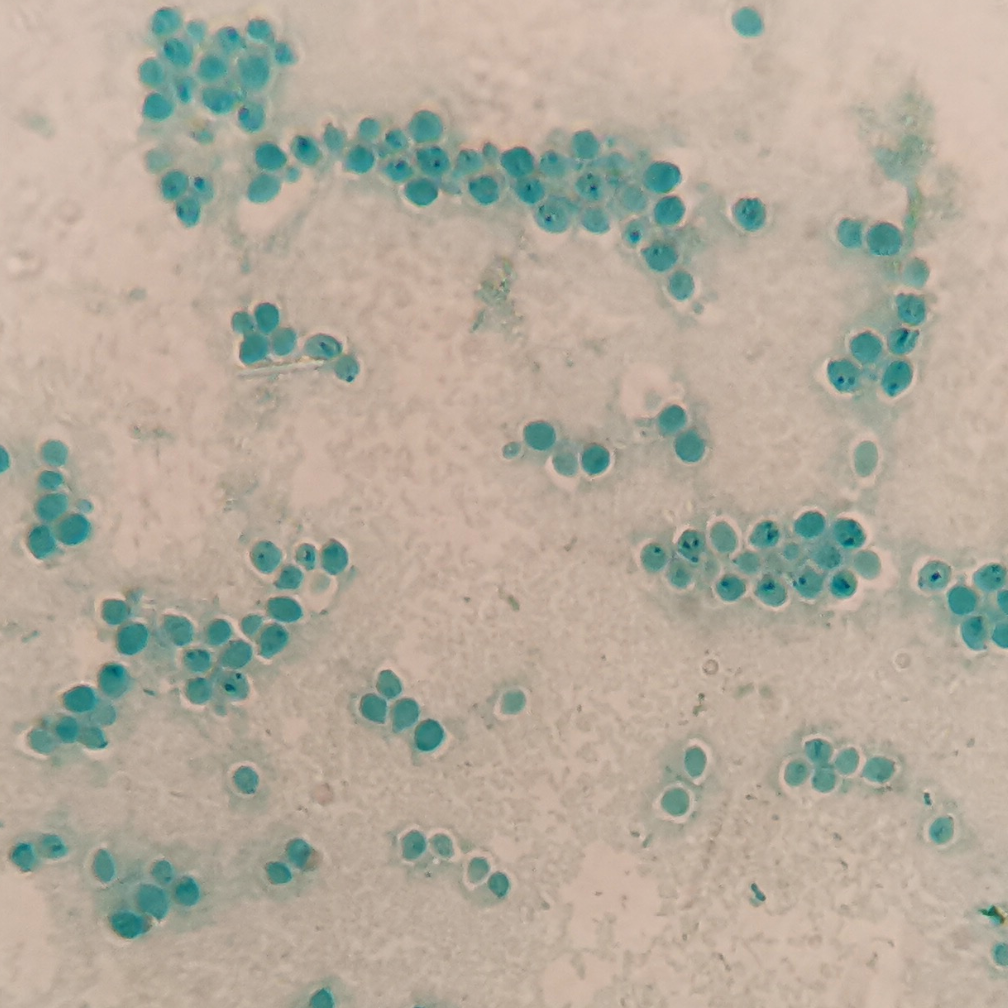 Simultaneously, in order to better distinguish the two forms of spores (ascospores: diploid yeast for sexual reproduction through meiosis; vegetative cells: haploid yeast for asexual reproduction through mitosis) we used the methylene blue staining method. Mentioned in a report by Bruzaite et.al., the three forms of spores can be observed during microscopic examination, namely transparent, dark blue and light blue (Transparent are living vegetative cells; Dark blue are dead vegetative cells; Light blue are mature ascomytic cells). However, during the microscopic examination, we found that the spores sometimes cannot be observed (fig.3). Only the dark blue ones are shown on the graph, which are the dead vegetative cells. This led to our assumption that the dyeing time was too long, causing cell death. 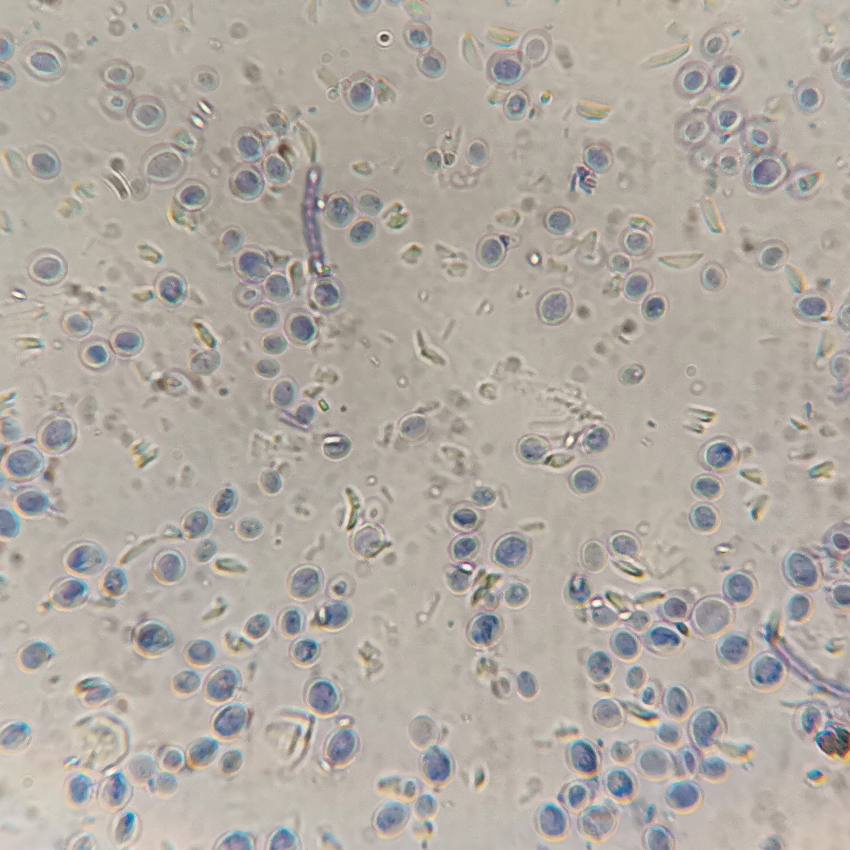 Thus, we sped up the dyeing process and took a look at one sample in order to avoid sample retention. At the same time, we noticed that if the loading order was reversed, the dye would disperse the sample. In terms of the coverslip, it is necessary to avoid creating bubbles, otherwise it will affect the observation results. After inspection, we got the ideal image (fig.4). Therefore the improvement was successful. 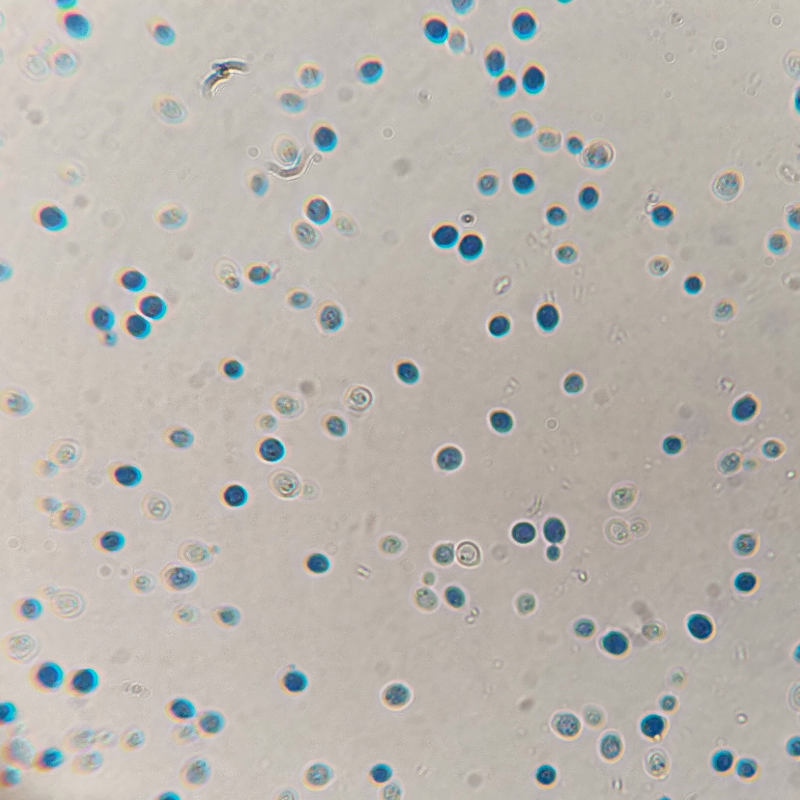 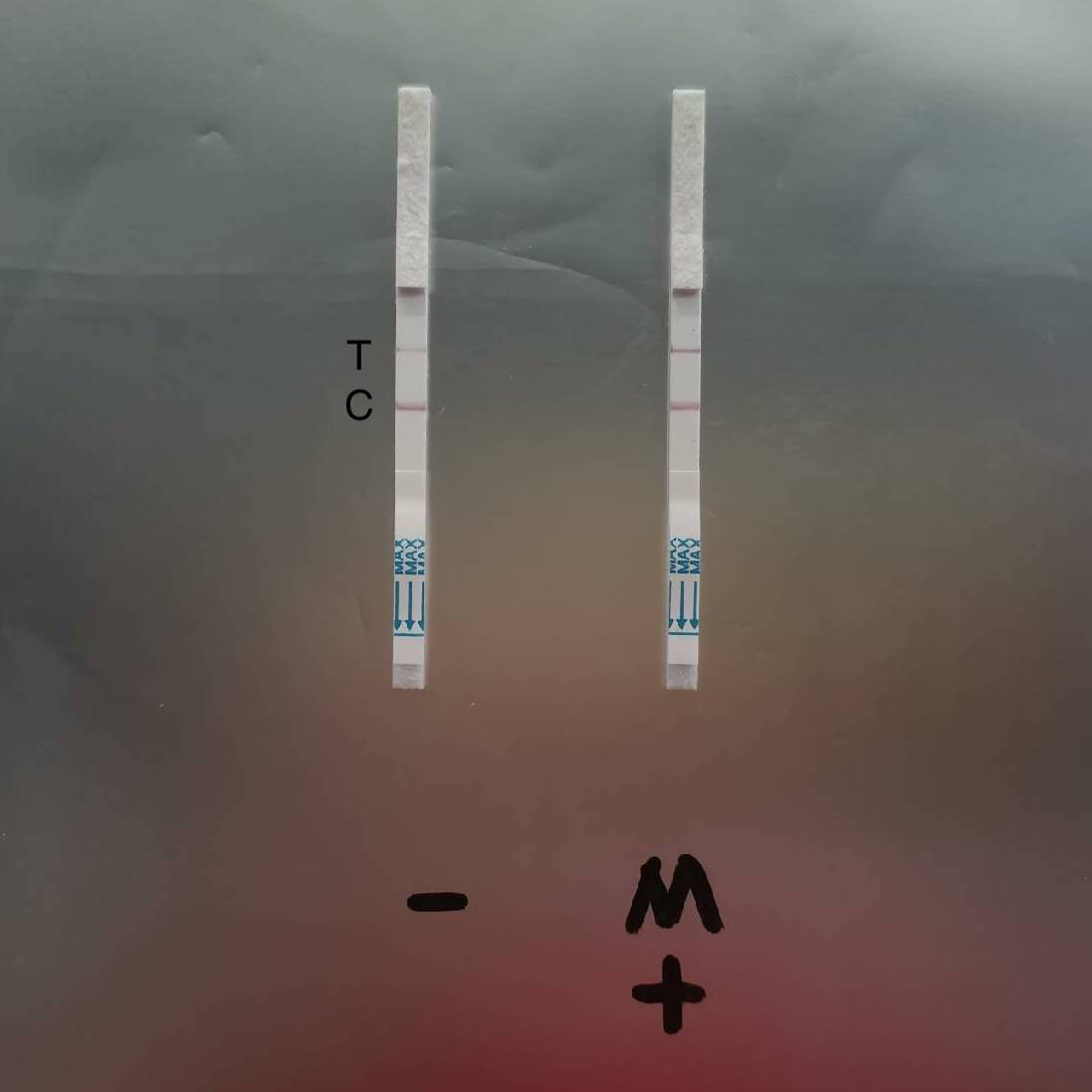 As a result, we increased the temperature to 80 degrees after amplification to inactivate the enzyme. This reduced the chances of the results being affected during the detection process. We also configured the experimental group and the treatment group in two independent experimental areas respectively to avoid the target sequence in the environment leading to treatment group contamination. False positive results did not occur (fig.6), which verifies that the improvement was successful. 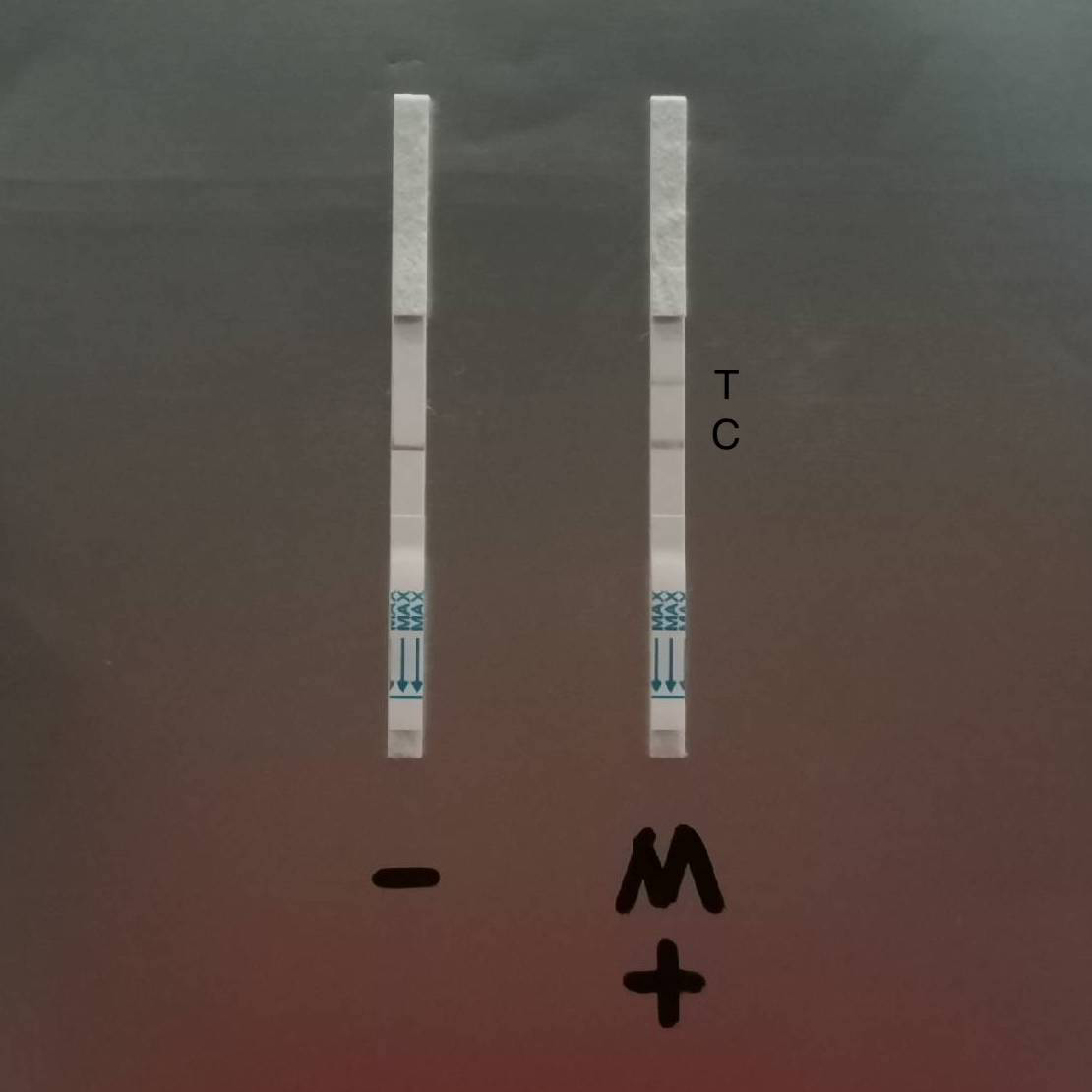 The Cas12a detection technique we used is referenced from a report by Li, SY. et al. The Cas12a protein recognizes the target sequence and stimulates its property of cutting ssDNA arbitrarily in the environment. Based on this feature, probes were added to release signals which can be detected to observe the results.

Referring to Team OSA 2020, they use Cas12a system to detect heavy metals. One of the parts used is BBa_K3696010 (HEX_N12_BHQ1), which is a type of reporter DNA with HEX fluorophore and BHQ1 fluorescence quencher. They use it as a fluorescent probe, so the results can be observed by probing the fluorescence values. We also used this part and made some improvements. We additionally tried using test-strip probes. While we found that even after eliminating the effect of RPA on the assay (which mentioned above), there were still false-positive results (fig.7). We suspect that this may be due to the high concentration of probe. 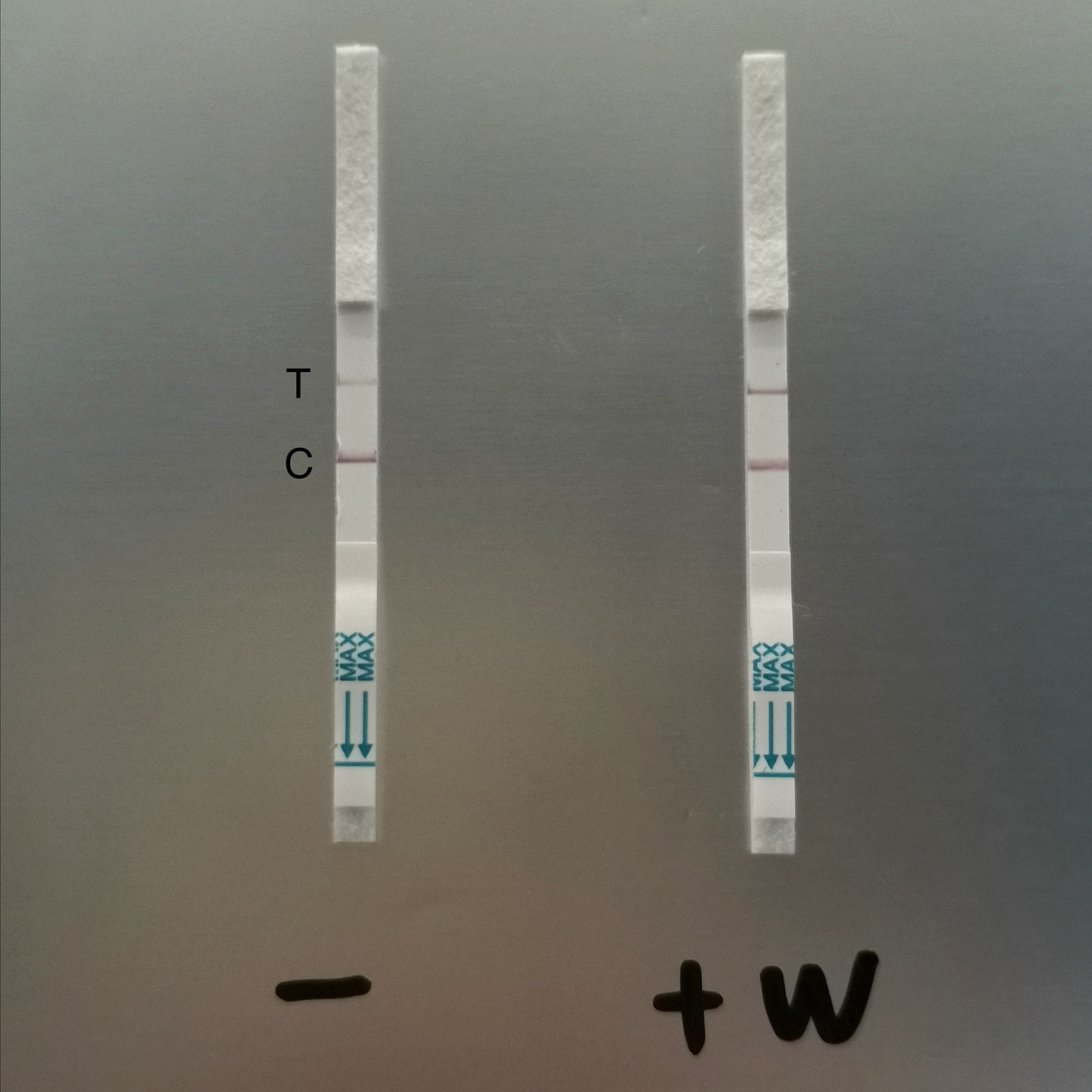 In order to avoid false positives, we diluted both probes. The concentration of probe OSA 2020 used is 5uM. So we tried to dilute both probes to 0.33uM or 0.033uM respectively. Both methods presented the ideal detection results. The test strips did not show false positives (fig.8A and fig.8B), and the fluorescence detection was not affected by the change in concentration (fig.8C and fig.8D). Besides, the time of both tests was shortened from 60 min to 20 min, which facilitated practical use. A reduction in concentration means less amount is used. This leads to a decrease in cost of use and makes the product more competitive in the market. 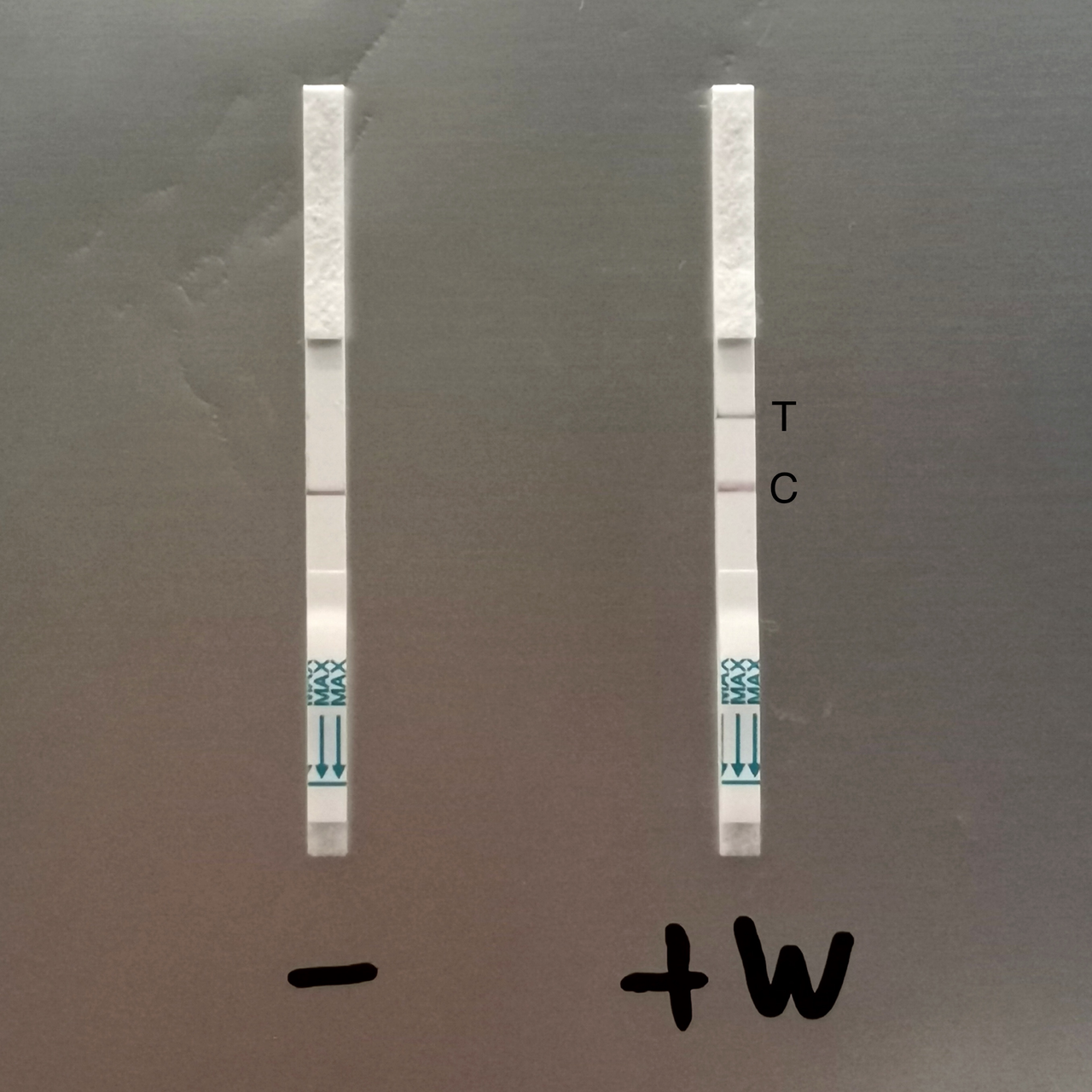 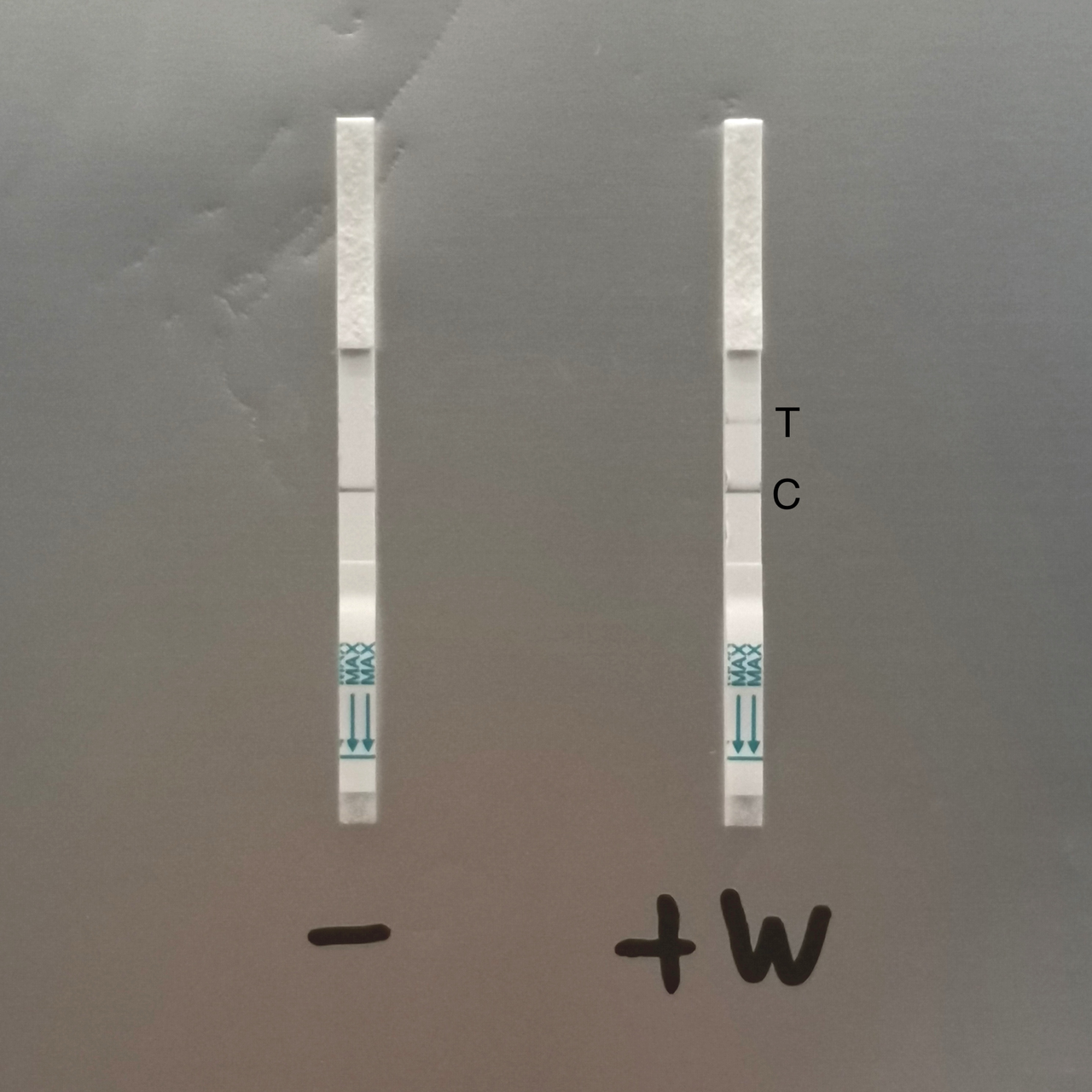 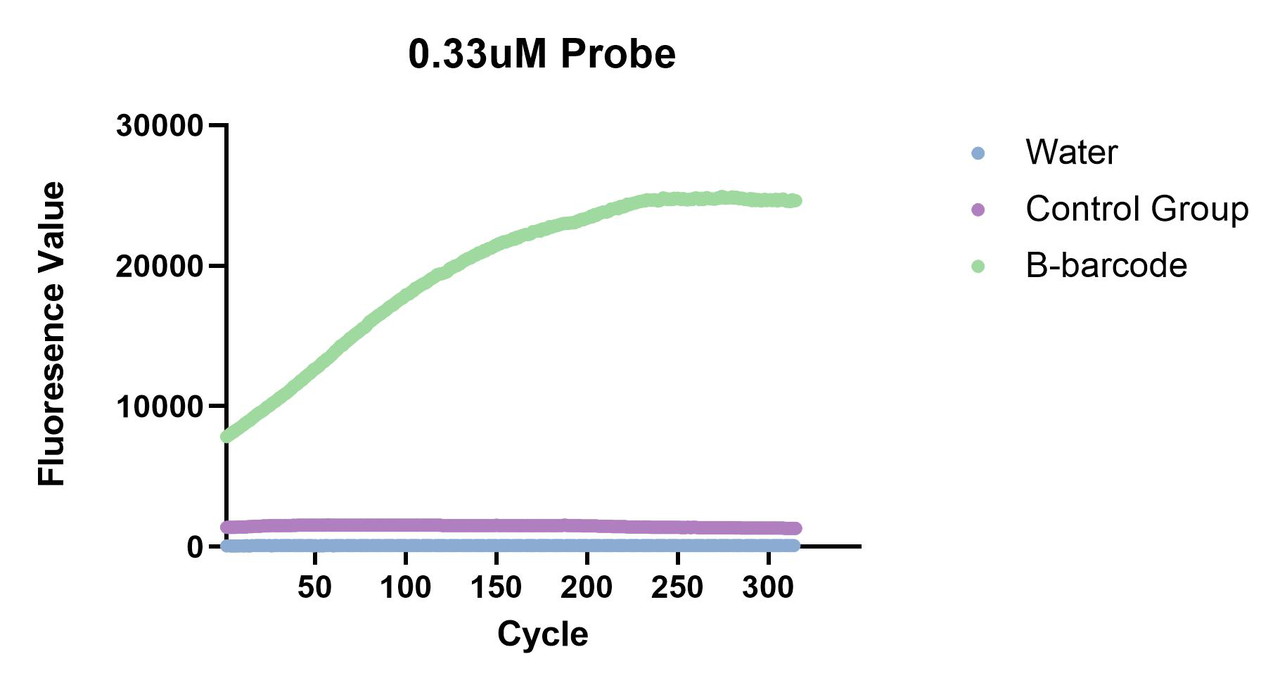 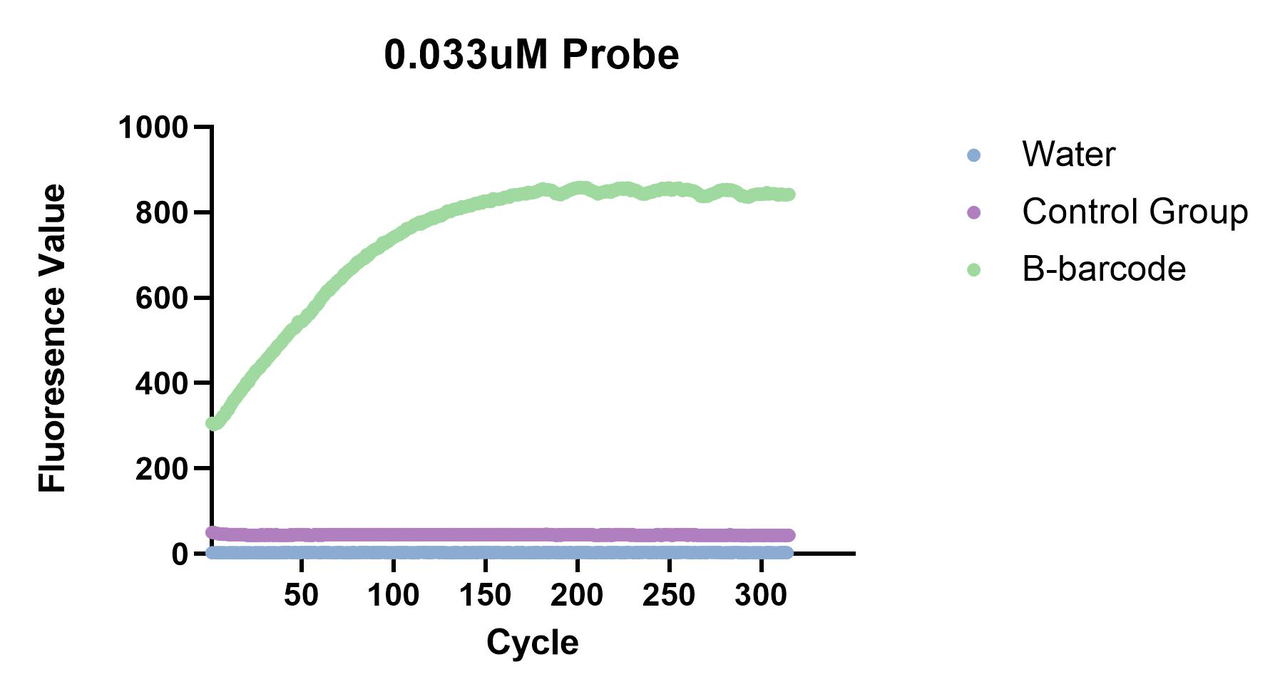 Referring to the 2018 team, TJU_China, they used LbCas12a to achieve High-throughput disease detection. LbCas12a, or Part BBa_K2644102, will cut 24 base pairs of DNA downstream of the PAM sequence. Similarly, we used LbCas12a for detection. After successful reproduction (fig.9), we attempted to achieve more efficient detection. 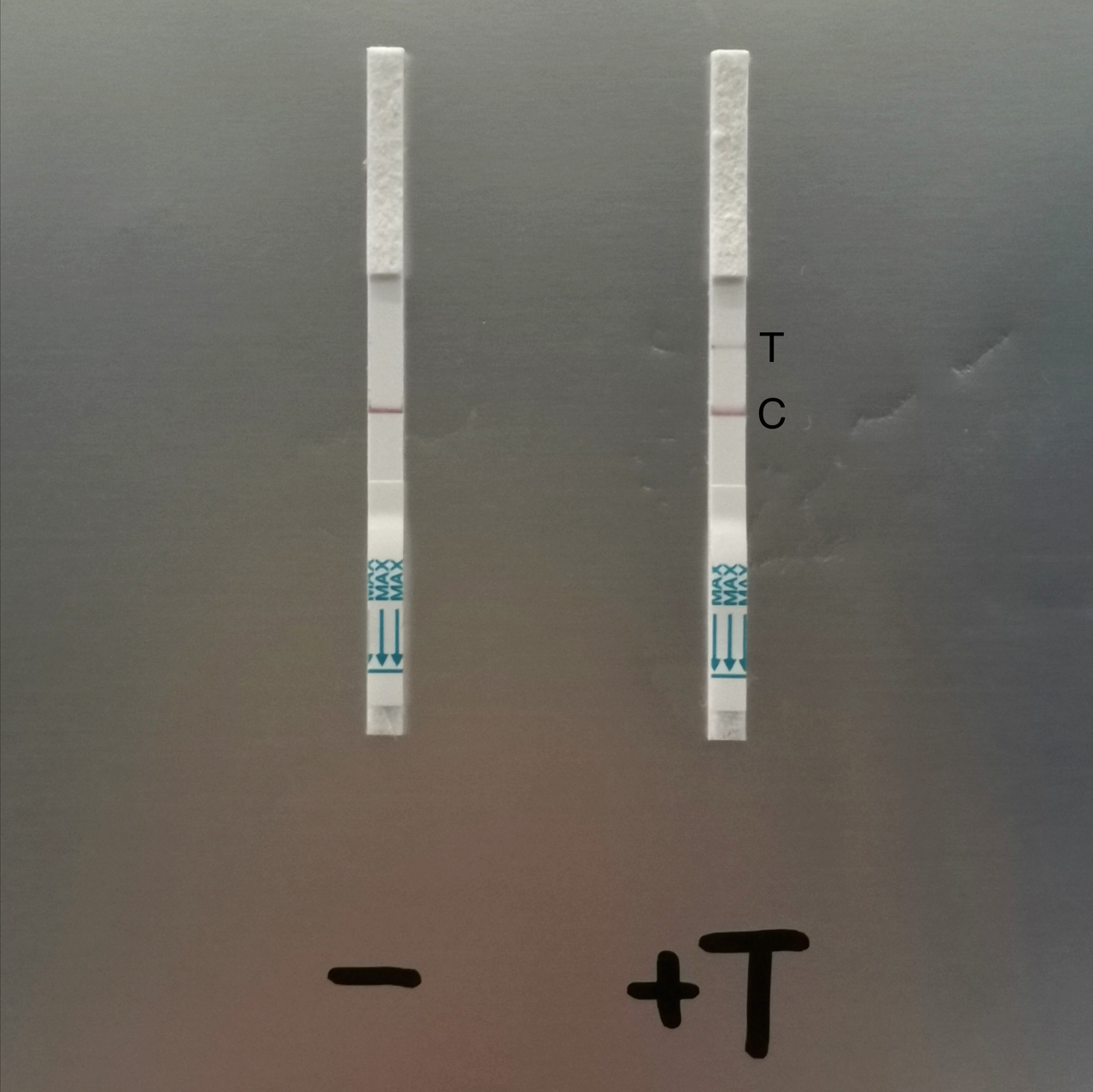 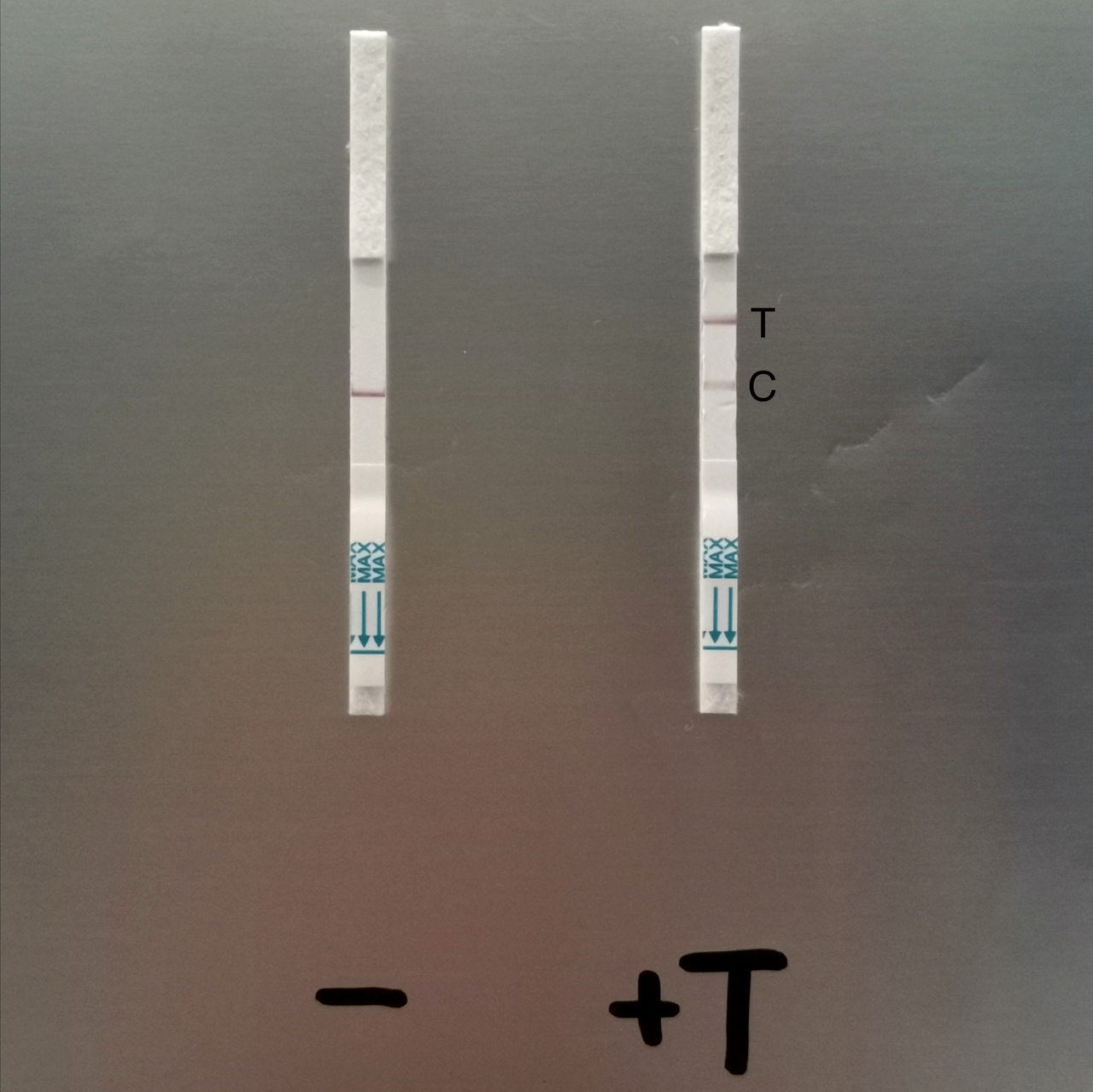 Throughout the experiment, we went through these four main engineering cycles above. We solved the problem of medium contamination by adding Kanamycin antibiotics. We improved the steps of Endospore Staining and Methylene Blue Staining to observe the ideal microscopic results. We've also inactivated the RPA enzyme prior to detection and reduced the concentration of probes used to avoid chances of false positives. Finally, we completed the ARTAG production and inspection functions successfully. If you want to view the exact experimental theory and results, click here.