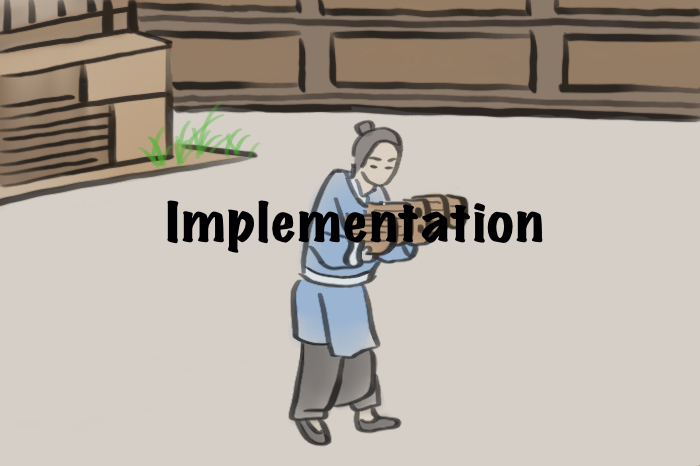 In our project, we develop a Barcoded Microbial system which can be used in anti-counterfeiting, labeling tracking and so on. During our experiment, we proved that the DNA in spore can still be identified by cas12a detection after a long period of time. We first designed barcodes which is a segment of DNA and inserted it into Saccharomyces cerevisiae BY4741 for spore production. The spores were then inactivated and inoculated onto the surface of an object. As the spores have great adhesion and resistance to high temperature, strong acid and alkaline, it can stick on the object for a long period of time without damaging the DNA inside spores. At last, we test the DNA inside spore using Cas12a detection.

The basic implementation of Artag would be to utilize the strong resistance of spores to store information and to prevent counterfeiting. Users will receive kits, including CRISPR Cas12a, to carry out the sampling and testing procedure at home. Along with anti-counterfeiting, our spore system has a variety of uses. Such uses include the tracking of items and animals, which is useful in studying interactions between species[1].

Nowadays, luxury is becoming more and more popular around the world. Luxury shopping is an on-going trend, where the market demand could increase significantly, although many people make fake designer products to earn money. In order to identify the authenticity of luxury pieces, many companies will add anti-counterfeit labels onto their products. Our BMS can be used as an invisible and unique anti-counterfeit label, which can exist for a long period of time. We inoculated the spore on the surface or interlayer of the luxury before the it transferred away from the factory. Then the luxury will be transported to customers who order this product.

During the delivery, the spore won’t be destroyed or muddled off due its strong spore wall and adhesion. After customers receive the luxury, especially for second-hand product, if they want to identify whether the product is genuine good or not, they can buy our detection kit which contains the tool and reagent needed for Cas12a detection, or they can go to the Shoppe of the company to ask the staff to help conduct the Cas12a detection.

The feature of our spores are that they cannot be seen by people’s eyes and that the barcode inside is unique for every spore. Thus the result will only be positive if the barcode sequence in spore is entirely the same as the DNA sequence that we spread on the surface of the object. This could make the anti-counterfeiting method more accurate as our spore cannot be actually seen and our barcodes are kept secret strictly. In addition, it could increase the cost for the people who sell fake to produce the yeast spore with barcode. Therefore, less people may choose to sell fakes.

In order to prevent and control foodborne illnesses, it is necessary to trace agricultural products and pharmaceuticals, but this process is becoming increasingly complex. In many cases, it is often difficult to discern whether or not a food is contaminated or not, since their appearance nor smell typically indicates contamination. Thus the process of food source tracking becomes a crucial procedure. From the beginning of food production to processing, and finally, to distribution, there is always the potential for food contamination.

For example, slaughterhouses, assembly lines, storage environments, and transportation trucks are house sources of food contamination. Nowadays, physical barcodes are used for tracking food, but they may become ineffective or damaged from exposure to external forces, ultimately disabling the utility of these barcodes. A solution to this issue is found in the use of biological spores as a new medium for detection. In comparison to physical barcodes, spores can survive in the environment for a very long duration and can be detected easily with CRISPR-Cas12a[3]. In practice, the spores would attach to the surface of food packages, allowing the packages to be tracked throughout the whole production process without worry about these new “barcodes” getting damaged.

One of our project's main applications is to track the trace of animals. This can be used in several fields. For instance, tracking the trace migrant birds flied. Migrant birds are birds that migrate south from the breeding grounds to the wintering grounds in late summer and early autumn, then return north from the wintering grounds to the breeding grounds in the spring. Tracking their trace has great meaning to us. The influence of sunshine length, climatic conditions and wind direction and speed in some areas can all be detected in this way. Or by answering the question "Why do migrant birds migrate?" to further study Behavioral Ecology. Attributed to those reasons, effective tracing method has become an essential demand. The main methods we use these days are radar detection and bird banding. However, most radar detection uses equipment at airports or weather stations, so the choice of research sites is limited.

Radar technology is also difficult to identify the species of birds, generally only through the individual size of birds, flight speed, flapping frequency and other information to predict the group of birds. In addition, radar is difficult to detect birds flying close to the ground or sea. These drawbacks made us focus on the improvement of bird banding method. In detail, bird banding is conducted by capturing birds in their breeding, wintering or migratory resting places. Then, lots of numbered bird rings made of metal or other materials are worn on the birds' bodies.

The birds are released so that they can be observed or captured again in other places. By comparing the information recorded at the first time and the time when the birds were recovered, we can know the information of birds' migration route, migration stop place, migration range, migration speed and life span. But their presence is too much for the young birds, and it is likely that they will not be able to fly at normal speed and thus will not arrive on time at their original location for the winter, and will freeze to death in the cold north. Secondly, the colorful foot rings instead provide poachers with a better target to aim at, greatly increasing the risk of being hit. Furthermore, the bird banding is damaged in various ways because it may be damaged in flight, resulting in our inability to collect complete information.

Nevertheless, our project can make it much safer and more effective. With the help of highly sticky spores, heavy metal detectors no longer needed to be add on bandings. Besdies, our spores are really light for the birds to carry, each one only weighs about 0.0007g. So this won't bring any border for the birds during their migration. Besides, the whole process for detection is also very easy to carry out. Just simply use our detection kit and place it in hand. At the temperature of 37C, the reaction will immediately happen and present the result in only a few minutes. In a nutshell, our project is highly potential for applying in this particular field and we can attribute loads of improvements to recent technology.

In extension to the tracking of animals, our spore system can also be applied onto the investigation of predators' movement. In this case, immigration into and emigration out of the crop associated habitats. Parasitoids are insects which reproduce by laying eggs on other anthropods, soon causing the death of hosts. In order to preserve both parasitoids and the anthropods, habitat manipulation became a crucial topic.

With allocation of artificial or natural resources, biologists aim to preserve both species by providing an alternative reproduction host to parasitoids, so that parasitoids can reproduce without harming other anthropods. However, it does not necessarily follow that the resource—when placed in the vicinity of the crop—will be an effective source of immigrant parasitoids or predators. Furthermore, nowadays the studies rely more on observational and anecdotal evidence, the process of data collection is often time-consuming and the data might not be reliable. Therefore, to aid the study of habitat manipulation and parasite movements, our project can be an alternative method.

The strong resistant and adhesion nature of spores allow it to be an effective bio-label, especially in the implementation of environmental or fauna studies because spores are able to survive in extreme environments. By applying spores onto parasites, for example parasitoids, spores will adhere to the surfaces of crops, which allow researchers to study the movement of parasitoids by sampling the vicinity of the crops from different areas. This will allow researchers to carry out large number of trial groups without using technologies that might harm the insect, nor losing track of them.

Fingerprint identification technology is currently the most widely used, cheapest and most convenient biometric authentication technology recognized internationally, with many unique information security advantages, but it has high requirements for environment and finger cleanliness, complex testing process and low accuracy rate.

We can complement these technologies by marking people or objects passing through specific locations, making the processing and identification of samples more accurate and effective, and thus improving the efficiency of case handling.