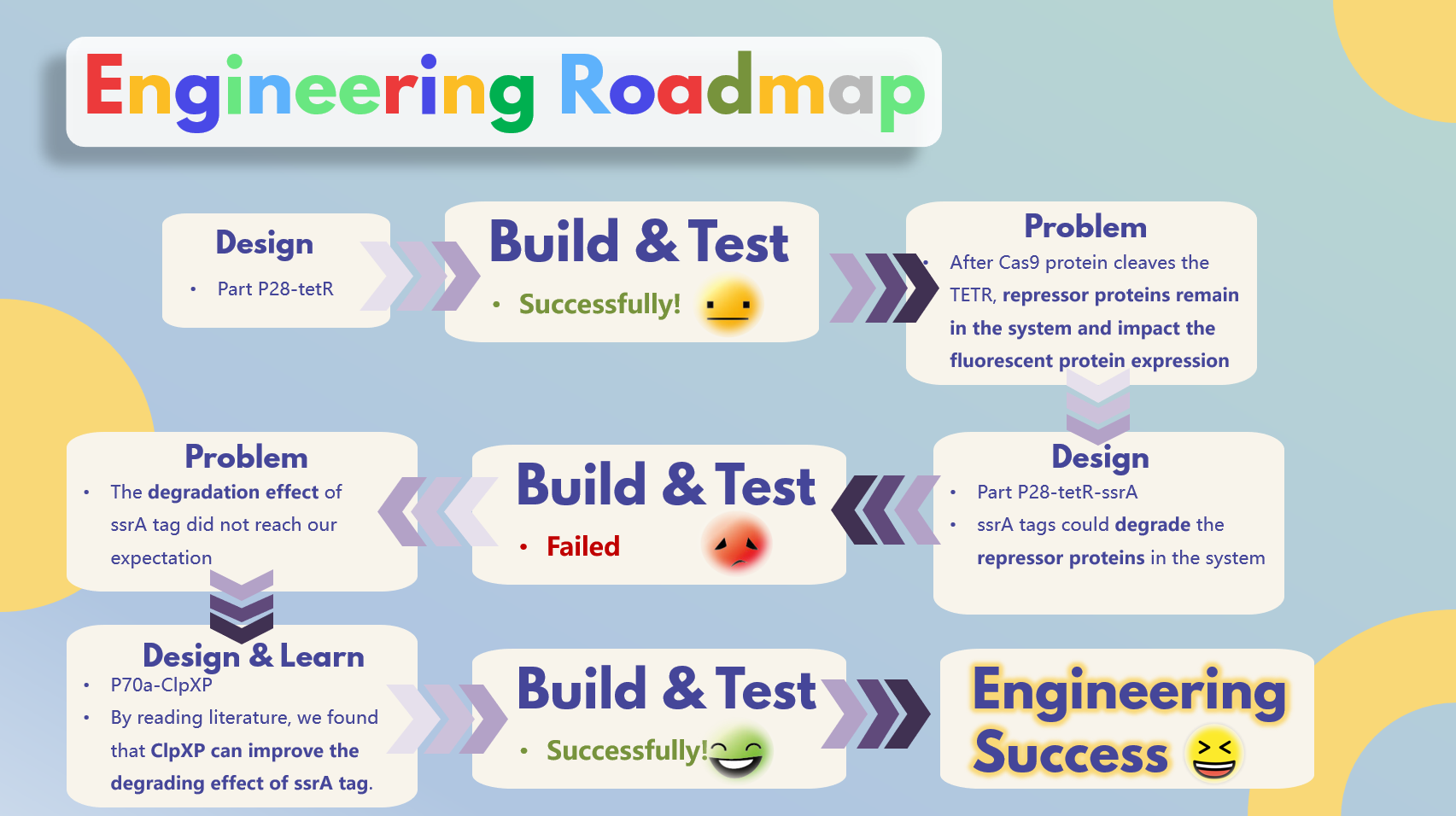 This year, we focused on using Cell-Free system to detect RNA. As a biosensor, our project consists of three units, including the recognition element, the transducer and the detection system.

In transducer unit, we designed a gene circuit specifically to convert molecular signals into fluorescence signals. The whole network topology comprises four DNA constructs: P70a-σ28, P28-tetR (P28-tetR-ssrA), P28-tetO-deGFP, P70a-ClpXP. The Cell-Free system contains σ70, which binds to the P70 promoter and initiates the expression of σ28 and ClpXP. σ28 then binds to P28 promoter and initiates the expression of tetR (tetR-ssrA). TetR exclusively binds to the tetO and represses the production of deGFP. Additionally, the repressor protein encoded by tetR contains a C-terminal ssrA tag for targeted protein degradation by ClpXP proteases[1].

Gene tetR can express repressor protein while the repressor protein inhibits the expression of deGFP. Once the Cas9 protein is activated to cut gene tetR, the inhibition effect will be eliminated and reach the purpose of signal conversion. When combined with promoter P28, tetR can achieve better expression effect, thus we plan to construct plasmid P28-tetR.

P28-tetO-deGFP was used as the vector plasmid and the fragment comes from puc57-tetR.

After recombination, a recombinant plasmid P28-tetR was successfully constructed confirmed by sequencing results. 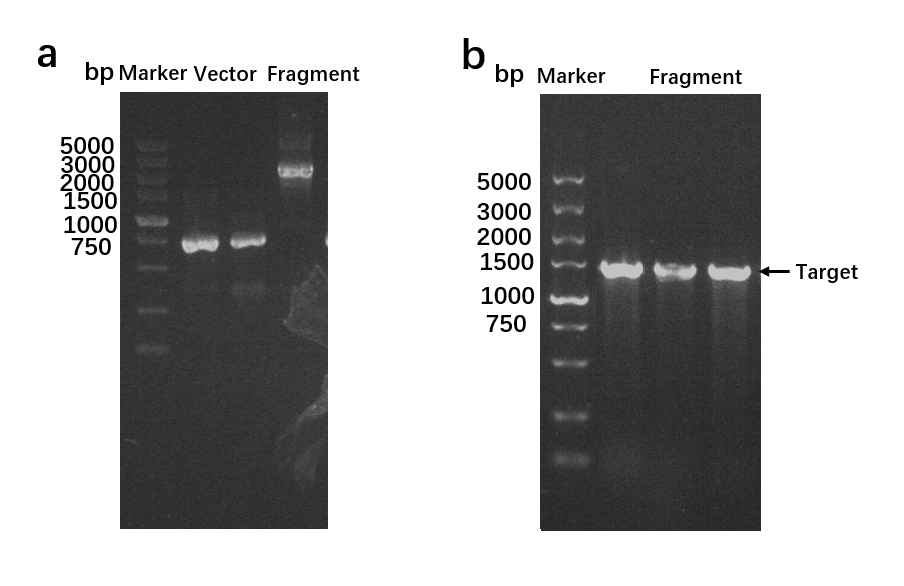 Figure 3. The gene circuit for verification of repressor protein functioned.

If the fluorescence intensity of control group is stronger than the experiment group, the inhibitory effect of plasmid P28-tetR can be proved.

Figure 4. Green fluorescence of the experimental group and the control group.

The effect of plasmid P28-tetR is proved.

Next, we added CRISPR system to our gene circuit and investigated its function into Cell-Free system by adding Cas9 and gRNA. 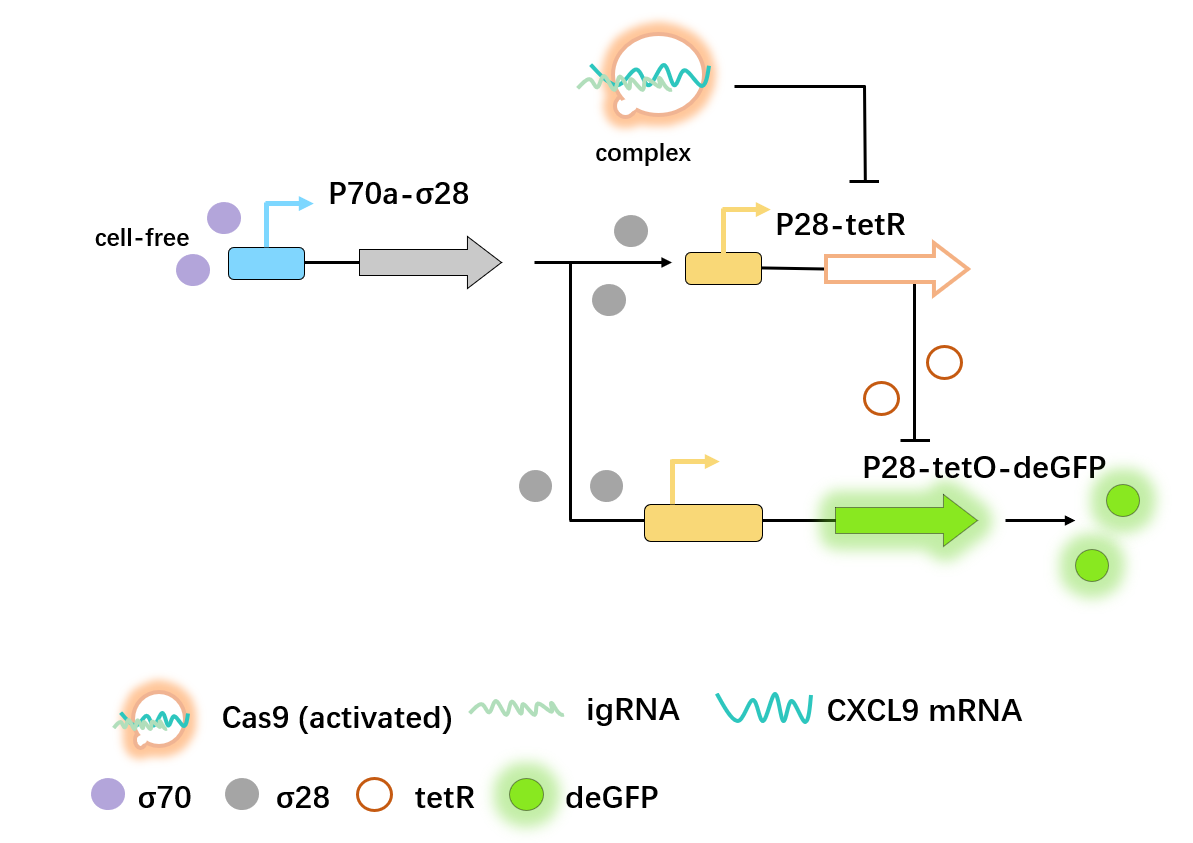 We found that even after the Cas9 protein exercises cleavage activity to disable tetR, repressor protein remain in the system still prevent fluorescent protein expression and have an impact on the signaling output of the system [2]. After reviewing the article, we found ssrA tags. SsrA tags are encoded by amino acids and can be added to the C-terminal of proteins to degrade abnormal proteins during translation. Therefore by adding ssrA tag to the end of tetR gene, we can solve the problem.

The vector comes from P28-tetO-deGFP-ssrA, the fragment comes from puc57-tetR.

After recombination, we got recombinant plasmids P28-tetR-ssrA about 3.2k bp. 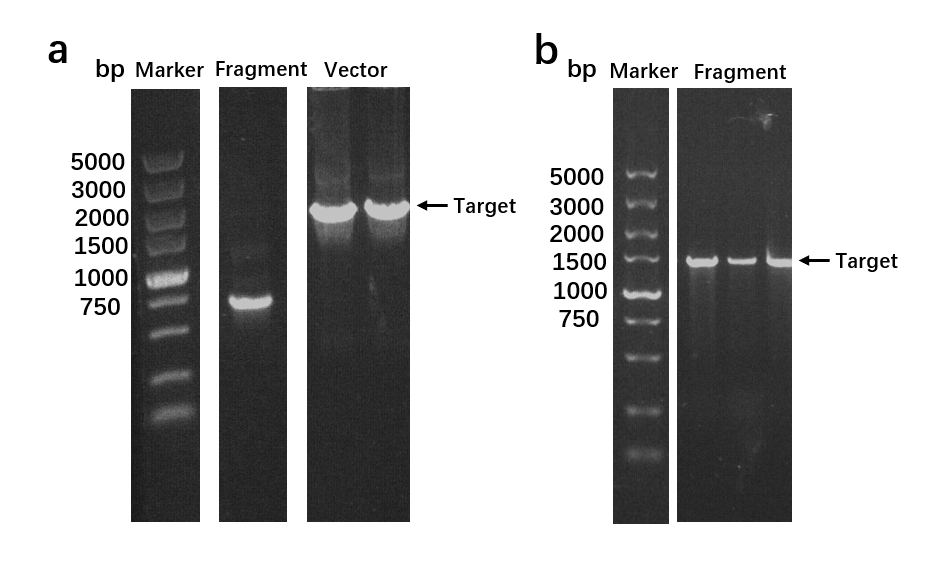 If the fluorescence intensity of experiment group is stronger than the control group, then the degradation effect of ssrA tag can be proved.

Figure 8. Green fluorescence of the experimental group and the control group.

As shown by the data, the fluorescence difference between the experimental and control groups was not significant. This indicates that the degradation effect of ssrA label did not reach our expectation.

With the experience of constructing P28-tetR-ssrA, we followed steps in 2.1, combined it to CRISPR system and verified it in Cell-Free system. But it failed to achieve the ideal effect.

By viewing literature, we found that ClpXP can improve the degrading effect of ssrA tag. Thus, we verify the combination effect of P28-tetR-ssrA and P28-tetO-deGFP while adding P70a-ClpXP to the system. Hoping to eliminate the effects of residual repressor protein in the system and provide data for modeling.

Verification of the combination degradation effct of ssrA tag and ClpXP

Figure 9. If the fluorescence intensity of experiment group is stronger than the control group, then the combination degradation effct of ssrA tag and ClpXP can be proved.

If the fluorescence intensity of experiment group is stronger than the control group, then the combination degradation effct of ssrA tag and ClpXP can be proved.

Figure 10. Green fluorescence of the experimental group and the control group.