ZJUT-China aims to develop a Cell-Free biosensor as a new application for detecting mRNA associated with diseases. The DESCRIPTION page mainly describes our motivation of the whole project and the design of the biosensor.

At the beginning of our project, we were frustrated with the theme of our project. While chatting, one of our members happened to mention that his grandfather had recently been diagnosed with kidney disease required transplantation. By reviewing the literature, we found that the disease can be tested by biomarkers.

Biomarkers, or biological markers, are measurable indicators for certain diseases. HP conducted investigation of biomarkers and found that biomarkers play an important role in the early diagnosis, prognosis and individualized treatment of diseases such as melanoma, colorectal cancer, circulating tumor cells, acute myocardial infarction and so on. Among the target substances, RNA based biomarkers evoke our great interest as the widespread COVID-19 pandemic is an RNA virus and our iGEM team last year worked on it and finally created the multivirus Monitor. These findings evoke our great interest. RNAs play essential roles in various cellular progresses and many abnormal cells secrete specific RNAs. If we can detect RNA, we can contribute to detecting diseases related to RNA biomarkers. 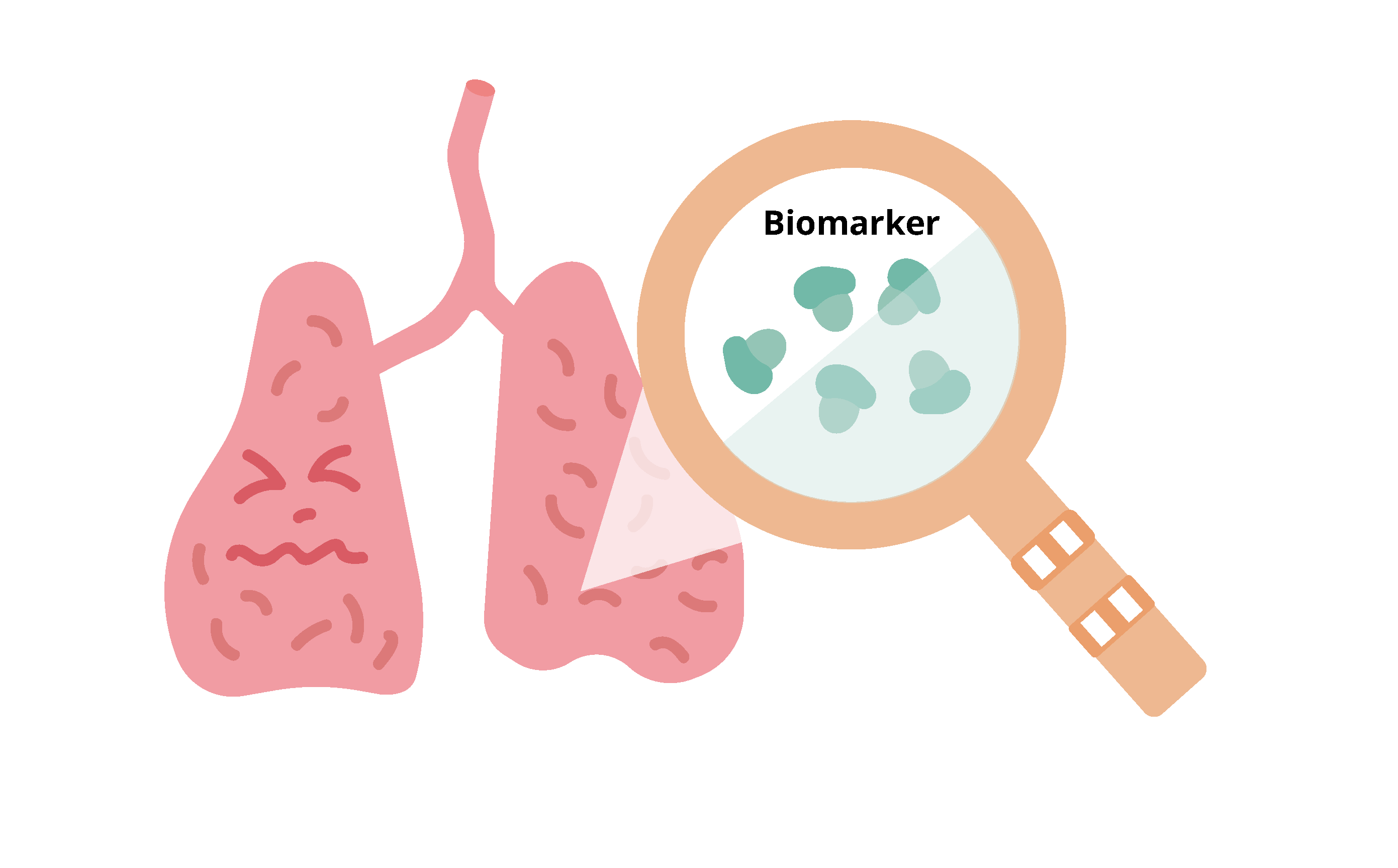 We next investigated the RNA detection methods.

Up to date, quantitative real-time PCR (qRT-PCR) is the most widely used thermal cycling technique, which has been a leading technique in RNA assay and diagnostic applications. The detection kits based on this method generally consist of four steps (RNA extraction, reverse transcription, amplification and signal output). Specific primers and fluorescent probes for different diseases genes are required. Moreover, PCR requires thermal cycling instrument and time-consuming which has limited its wider and more versatile applications such as point-of-care use in hospital, miniaturized systems for high-throughput analysis.

In order to circumvent the limits of PCR, the isothermal amplification approaches have been reported as an alternative technique. The method proceeds at constant temperature and simplifies reaction procedure which are useful to point-of-care diagnostics. For example, project Rapidemic (Leiden University, 2020) provided a relatively rapid detection method which consists three units: signal amplification with RPA, reporter generation with linear strand-displacement amplification (LSDA), output of visualized signal with GQ-catalyzed oxidation.

Moreover, the combination isothermal amplification with the CRISPR system will further reduce the assay time to less than 1 hour and improve the sensitivity and accuracy of the amplification. For example, Project casx (MOSCOW, 2020) combined RPA with Casx proteins. The results can be visualized with strips. However, the process is still quite complex. Some of isothermal amplification methods for double-stranded DNA (dsDNA) are not perfect and have different weaknesses to limit their uses in bioanalysis. 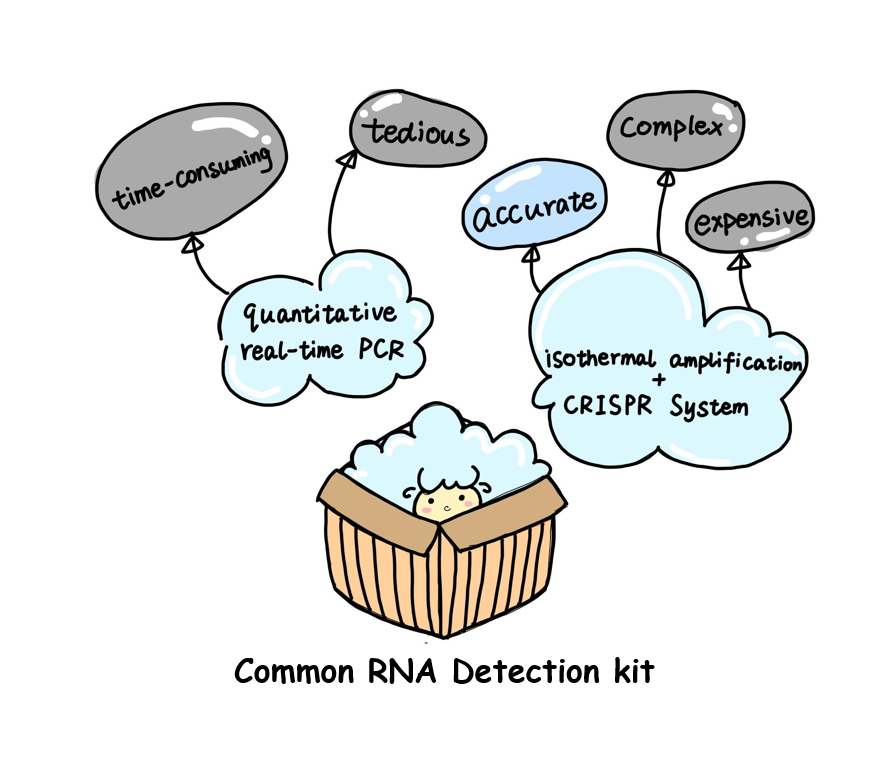 Currently, low-cost, easy to use and universal assays for RNA are badly needed.

In this year, ZJUT-China team aims to develop a new method to solve the above problems. We constructed biosensors capable of rapidly detecting RNA in blood or urine samples. Additionally, according to the literature, most RNA biomarkers are secreted in vitro as exosomes [1]. The principle is that the conformation of igRNA can be changed when binding to the target RNA in the Cell-Free system[2], the conformation of igRNA could be changed to further activate the cleavage activity of Cas9 towards the targeted gene tetR. Once tetR is cleaved, its repression on fluorescent protein expression will be released, leading to "Turn-ON" fluorescence. To facilitate the detection, we also designed a simple detection and analysis "all in one" device, which allows the fluorescence intensity in the reaction system to be readily observed by the naked eye with a filter.

Cell-free system based on extracts allow rapid protein expression. Due to its open reaction conditions, it provides a high degree of versatility and flexibility, while bypassing time-consuming processes such as bacterial transformation, clone selection and cell lysis. Simultaneously, it can be more precise to control the reaction substrate and reduce the influence of bacteria on protein production. Their extremely user-friendly and safe processing methods make them equally suitable for cutting-edge research and student education in academia and biotechnology industry.

The cell-free system is composed of three parts: the cell extract, a reaction mixture, and DNA templates.[3]

DNA template supplied to the reaction can be plasmid DNA or a linear expression template obtained from PCR.

In short, the choice of a cell-free system provides a suitable detection environment for our sensors, enabling rapid detection. 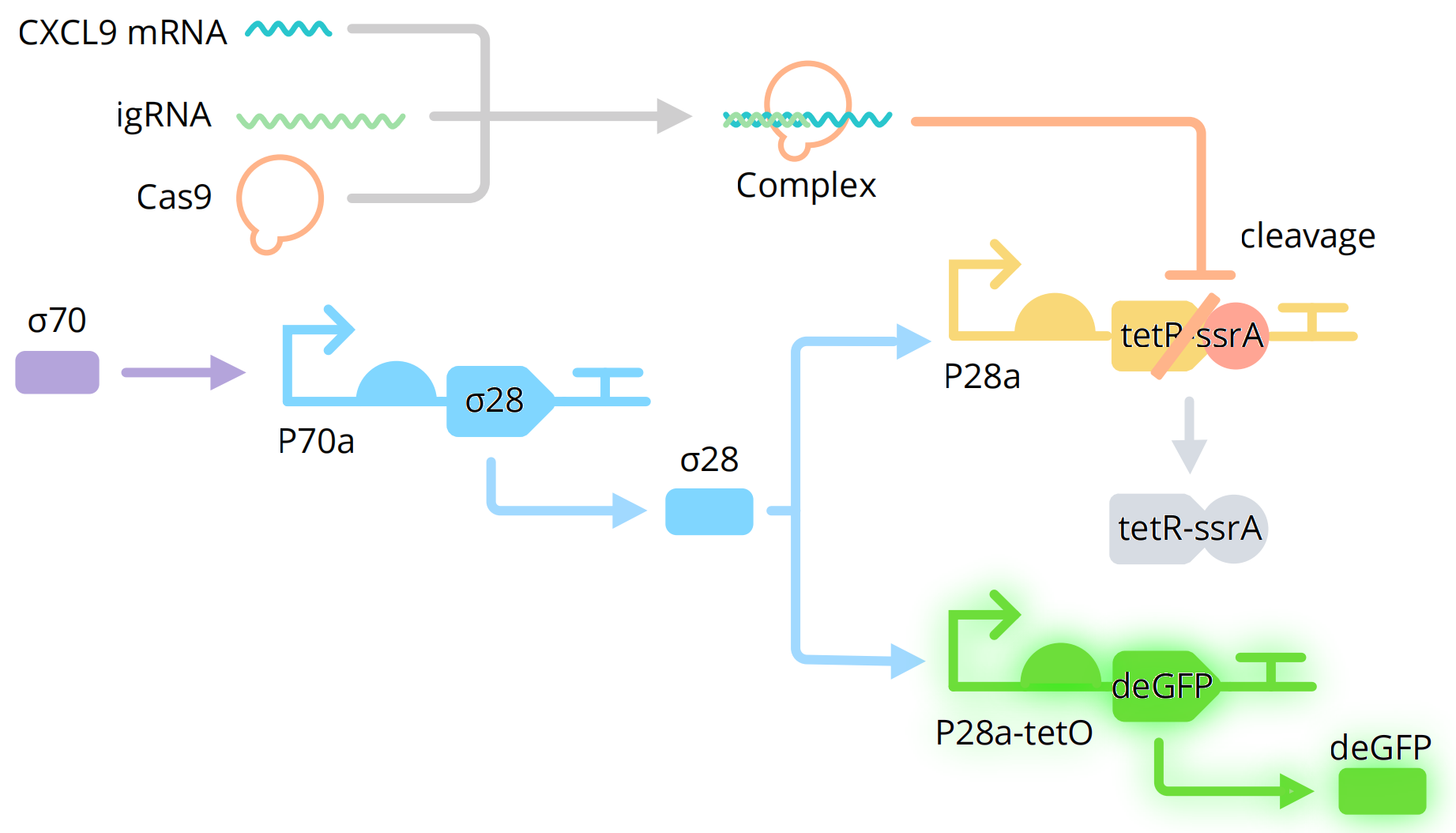 Cell-Free system entirely relies on the endogenous transcription-translation(TXTL) machinery of E. coli employing the core RNA polymerase and E. coli transcription factor sigma 70 (σ70). Therefore, we chose a promoter that is activated by transcriptional factor σ70 called "P70a" as the starting point in our gene circuits.

Finally, we designed an incoherent feed-forward loop circuit[4], which expresses the deGFP only when the CRISPR/Cas9 system combined with the target RNA.

Based on this, we propose a method to detect different RNAs efficiently and cheaply by using CRISPR/Cas9 System in combination with the Cell-Free system. In the CRISPR/Cas9 system, gRNA is made up of two parts: crRNA and tracrRNA. Through base pairing, crRNA binds to tracrRNA to form tracrRNA/crRNA complex, which can direct Cas9 protein to cut dsDNA at the sequence target site.

In order to facilitate gene editing and related operations, crRNA and tracrRNA were connected and modified into single-guide RNA (sgRNA) to help Cas9 protein to cut DNA in a simpler way[5]. And on that basis, we're going to re-engineer sgRNA to be igRNA that can be responded to target RNA. The concrete structure is shown in the design part.

By introducing the combined igRNA and Cas9 into the Cell-Free system, the RNA in body fluids can be rapidly and accurately detected. Due to its easy operation ("one-pot"), low cost (less than $20 per test), extreme low RNA leaking risk, and readily design of igRNA for specific target RNA, this program provides a novel application which meets the urgent needs for non-invasive assays in current medical services.

Intensive efforts have been made in the research diseases with RNA as Biomarker. Based on the above, this program aims to design specific igRNAs for various biomarkers with different diseases and establish a database. With the database, auxiliary indexes for early detection or prognosis of numerous diseases can be readily provided by simply replacing the igRNAs. 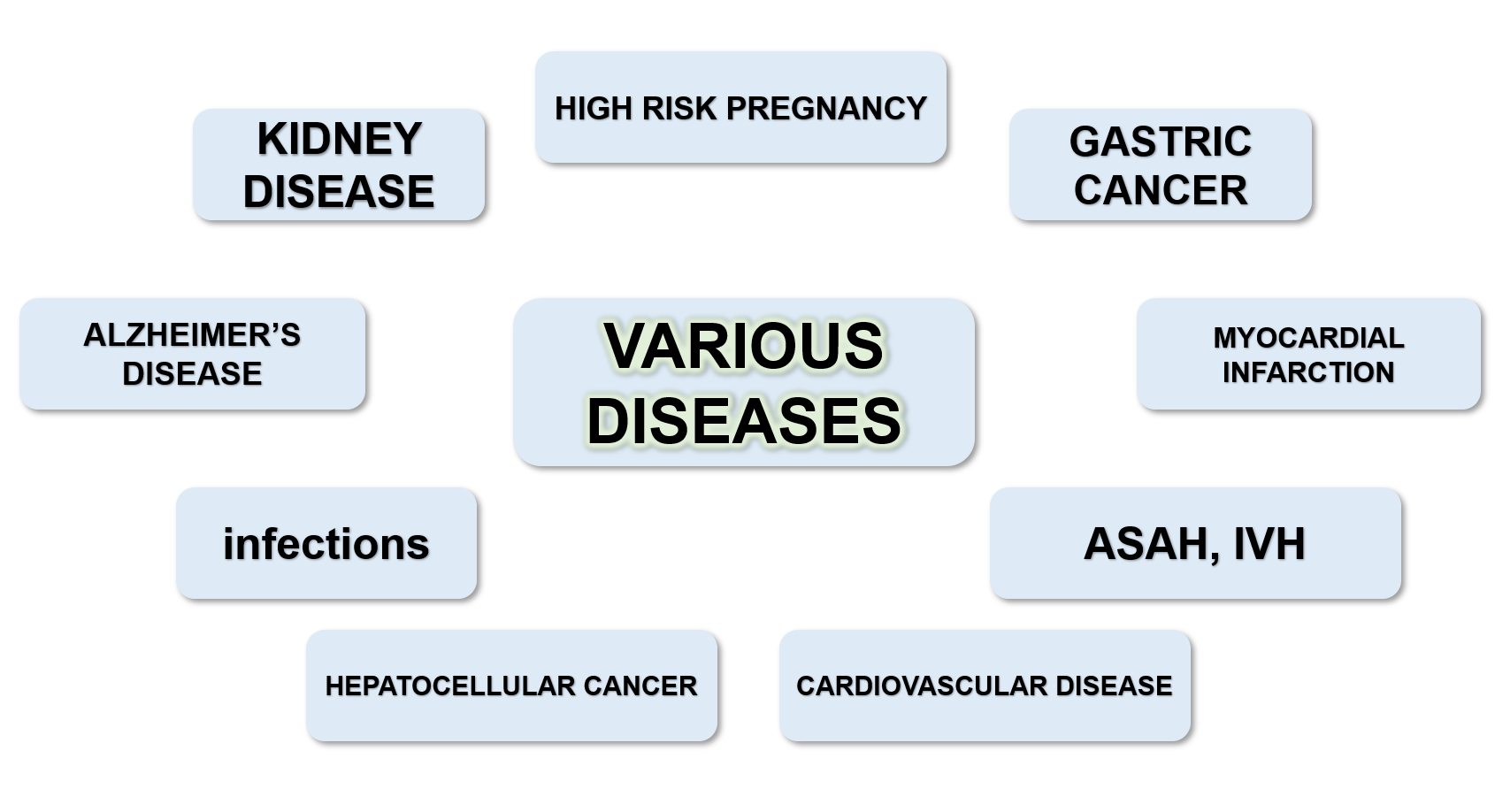 Our gene circuit is mainly composed of three parts: p70a- σ28, p28-tetR-ssrA and p28-tetO-deGFP. At the same time, we also made a special design for sgRNA, which is called igRNA.

P28-tetR-ssrA: The promoter P28 is activated to express the inhibitory protein tetR-ssrA under the regulation of the transcriptional factor σ28. 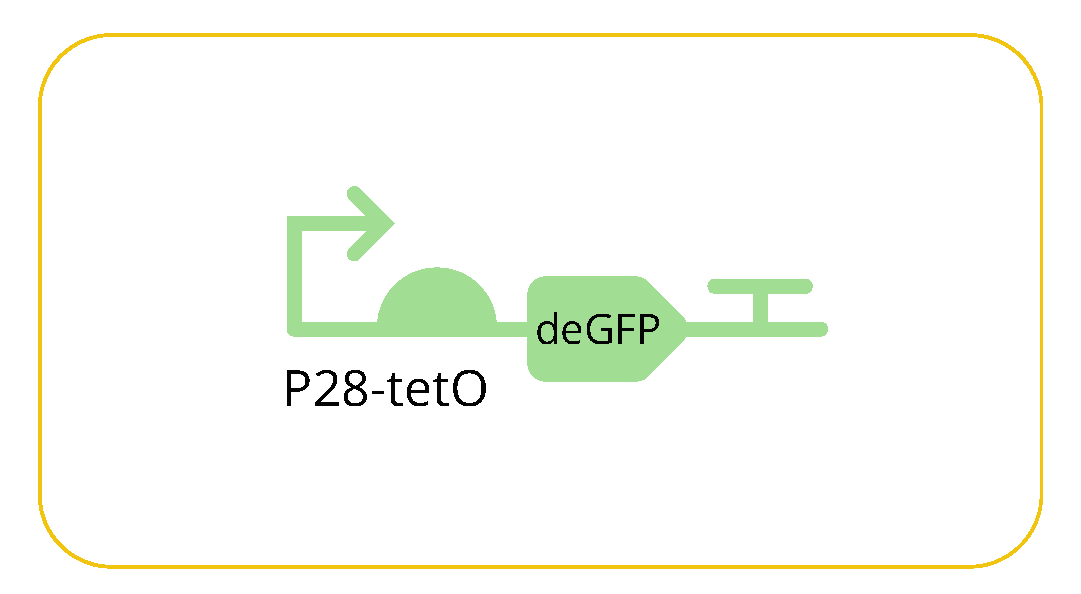 We designed an incoherent feedforward circuit [4] in which the transcriptional factor σ70 regulates the expression of σ28 in a Cell-Free system, and the activated promoter P28 represses tetR-ssrA under the regulation of the transcriptional factor σ28, which binds to the tetO site in the downstream gene circuit to inhibit tetO expression. Therefore, the expression of deGFP was inhibited.

In addition, to detect RNA biomarkers, we incorporated the CRISPR/Cas9 system. Cas9 protein can combine with our designed igRNA to form igRNA-Cas9 complex. When the RNA biomarker to be detected is present, igRNA-Cas9 is capable of performing the cleavage function and cutting the target gene tetR-ssrA. Simultaneously, proteins with ssrA degradation tags are degraded at a certain rate in the Cell-Free system. In this way, tetR-ssrA inhibition of tetO gene was relieved, deGFP gene could be expressed normally, and the "Turn-On" fluorescent signal was characterized.

"igRNA" refers to the guide RNA that brigdes with detected target RNA and Cas9. When igRNA interacts with a particular small sequence of RNA or long RNA, it releases the original gRNA recognition sequence that binds to the Cas protein[7]. The structure of igRNA is shown in the figure.

When the target RNA combined with Cas9, Ribonucleoprotein then has a specific cutting function. The released spacer sequence can be complementary to one of the dsDNA strands which is to be cut and perform the cutting function.