During the competition session, we shared some materials such as information supplement of a part, a handbook about Cell-Free reaction with CRISPR, and an Instructions for Handheld Illuminator.

The degradation rate of eGFP-ssrA

According to the lectures, we learned that the degradation rate of eGFP-ssrA could be measured. In the Cell-Free system, protein degradation by ClpXP is described by a zeroth order chemical kinetic.

In protein substrates (eGFP), ClpXP recognizes ssrA--a specific C-terminal degradation tag, proceeds to unfold stable tertiary structure in the protein, and then spools or translocates the unfolded polypeptide chain into a sequestered proteolytic compartment in ClpP for degradation into small peptide fragments.

As part of iGEM18_William_and_Mary, ZJUT-China assessed the degradation rate of different eGFP (BBa_K2680550) by adding different concentrations of plasmid P70a-ClpXP (BBa_K3885203) based on the reference. We hope this will enhance further modeling and experiments. 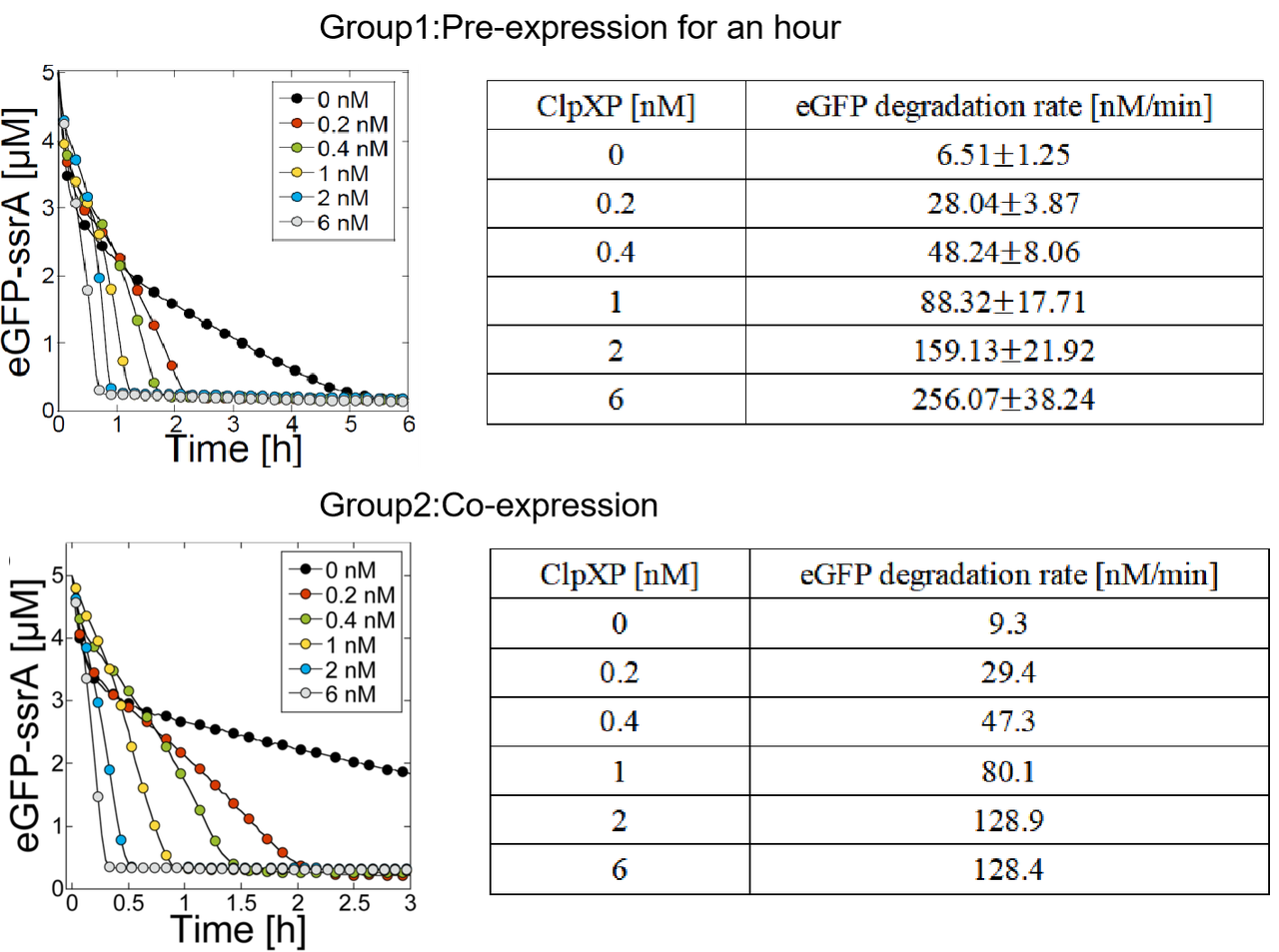 The degradation rate of eGFP-ssrA only using the endogenous ClpXP has been determined by an assay, which is achieved by measuring the kinetics after adding pure His-eGFP-ssrA (5μM) to the Cell-Free system.

Our project is being run on the Cell-Free chassis this year.

Early in the competition session, we found that teams using Cell-Free chassis were relatively few. Therefore, there wasn't as much experience with experimental design or use.

In the course of communication with other teams, it was fortunately found that XJTLU-China was also using a Cell-Free system, so extensive communication was possible and a handbook was written together.

CRISPR was discovered and invented in the early 1990s. Nowadays, CRISPR -related technologies and applications have developed rapidly, becoming the most popular gene-editing tool in human biology, agriculture and microbiology.

Through the communication in CCIC and teams in the early stage, we found many teams encountered various problems with CRISPR technology, such as plasmid construction of large fragments, gene knockout in yeast, off-target gRNA and so on. When iGEM Tianjin 2021 decided to launch a CRISPR conference, we jumped at the chance.

After collecting the questions and an online CRISPR discussion conference, all the teams write their questions and solutions from other teams. Finally, iGEM Tianjin 2021 incorporated all the information and made a "CRISPR APPLICATION GUIDELINE".

This year, our project aimed to express CRISPR/Cas9 in Cell-Free System, so it was necessary to verify the feasibility of CRISPR/Cas9 system in vitro. We learned all sorts of methods like RNA-RNA Gel shift assay(EMSA), in vitro DNA digestion with Cas9 Nuclease, and ImageJ used for grayscale analysis.

We hope this guideline is a contribution to the following iGEMers, which can render some solutions for them to solve their problems. 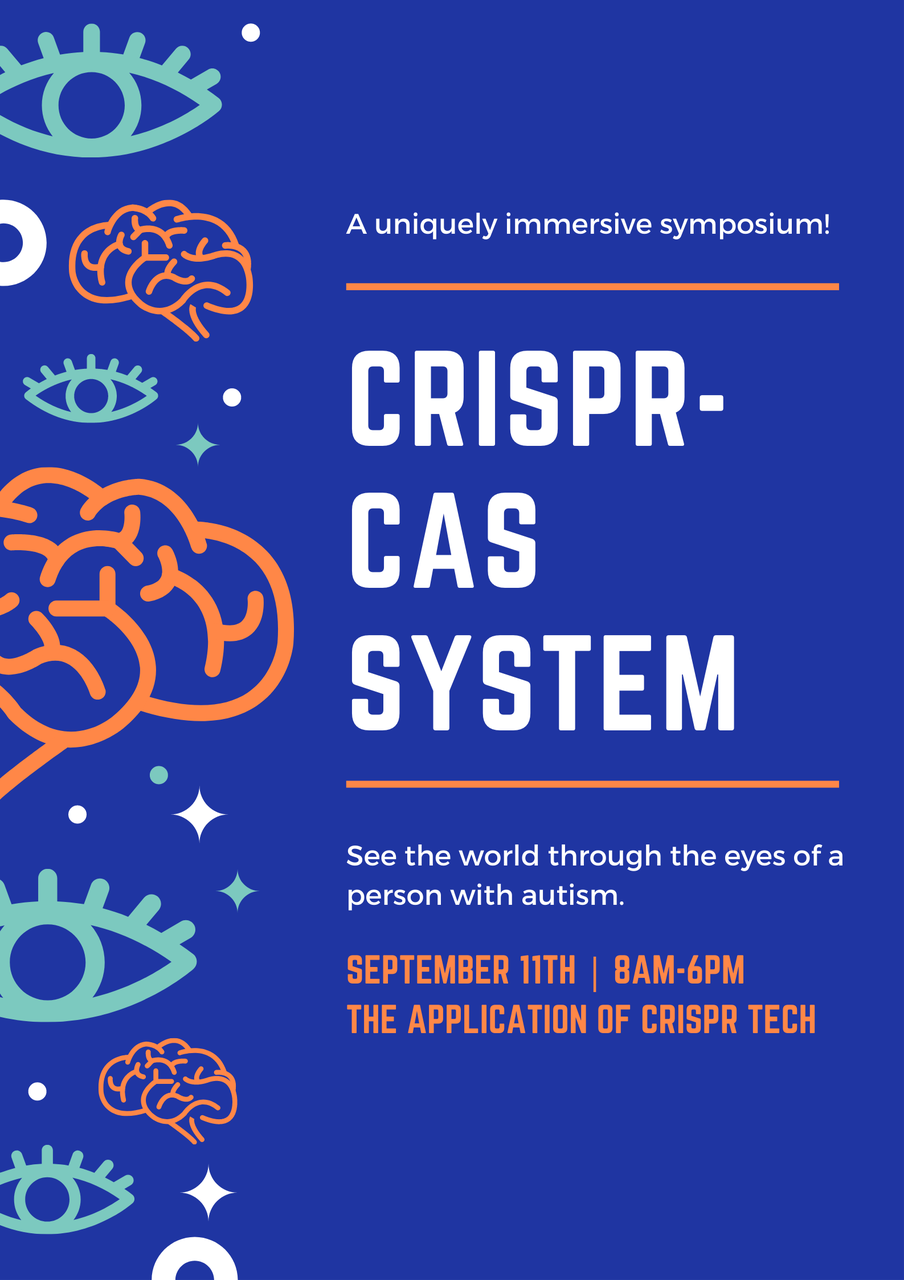 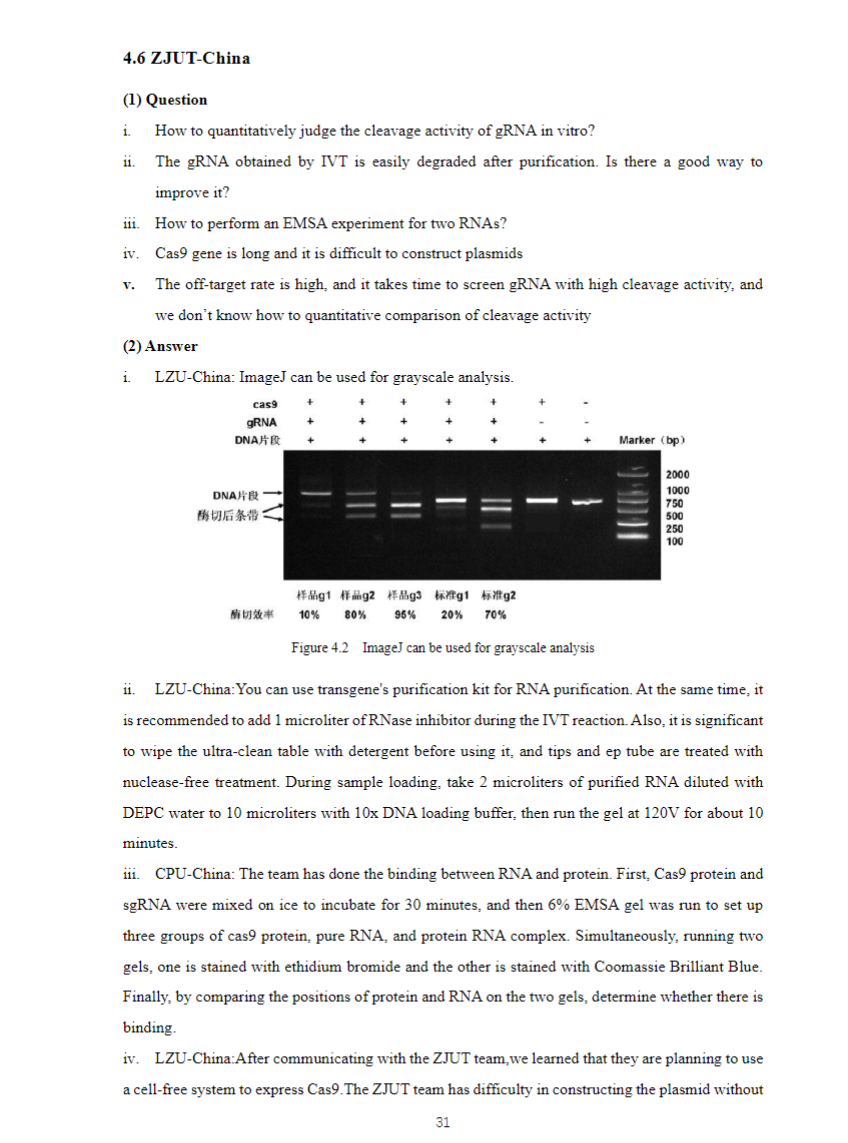 We made a handheld illuminator for fluorescence visualization. Consisting of LEDs, light filters and a 3D printed case made of biodegradable polylactic acid, we believe it to be low-cost, recyclable and portable. By changing the LEDs and filters, this illuminator is able to visualize different kinds of fluorescent substances. The assembly instructions and STL files for this illuminator are listed below.