Our plasmids are based on pUAST, for which works for the UAS-GAL4 binary system in Drosophila, and we transform it to pUAST+6×Myc, which has 6 copies of Myc tag inserted after the UAS sequence. 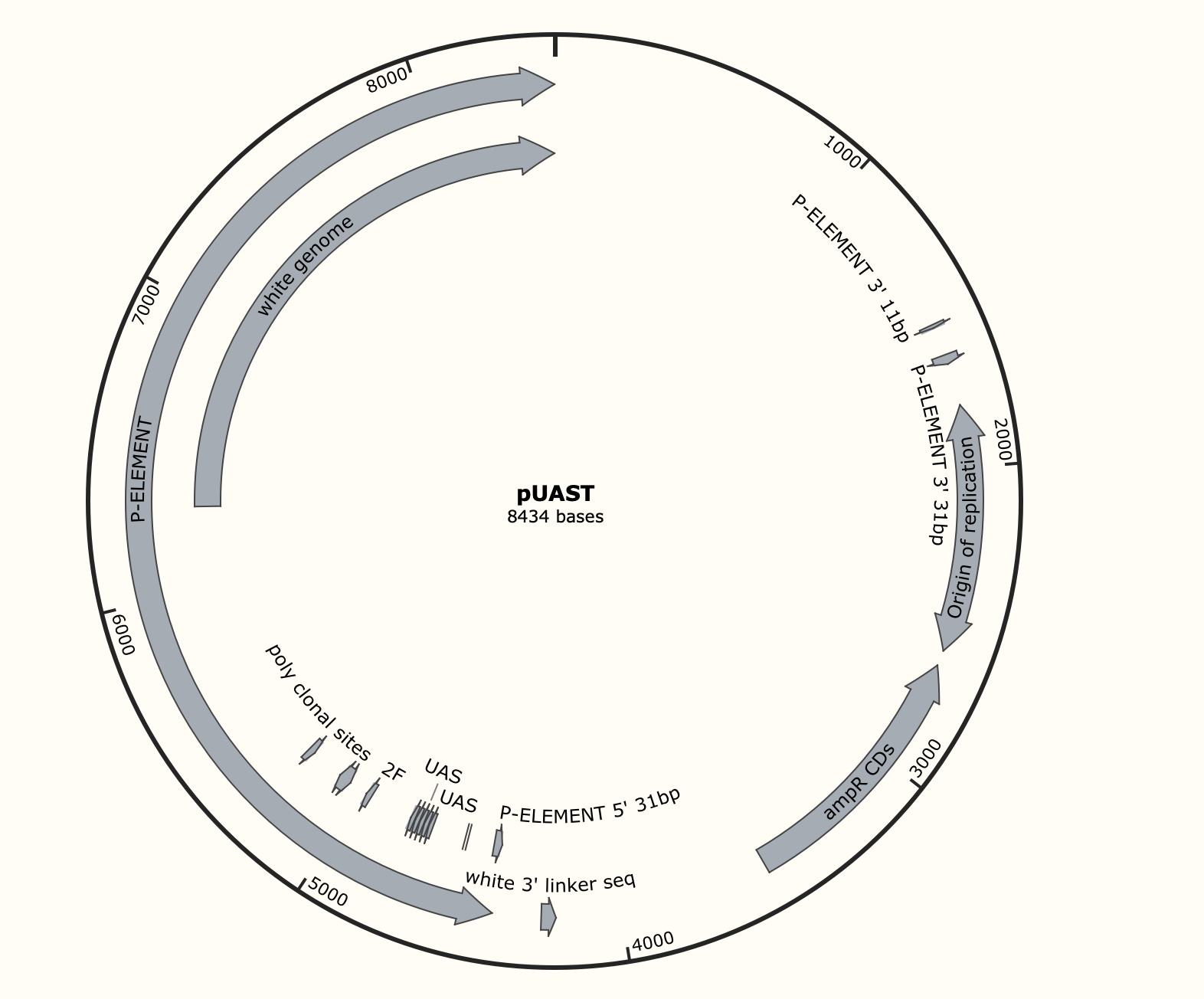 There are three major isoforms of APP (APP695, APP751, APP770) generated as a result of alternative splicing. We choose APP695 to construct our plasmid, because this isoform is predominantly expressed in neurons and accounts for the primary source of APP in brain.

APP (APP695) was obtained by polymerase chain reaction (PCR) from the pCAX APP695 plasmid (Addgene#30137, USA), and was verified by DNA gel electrophoresis. 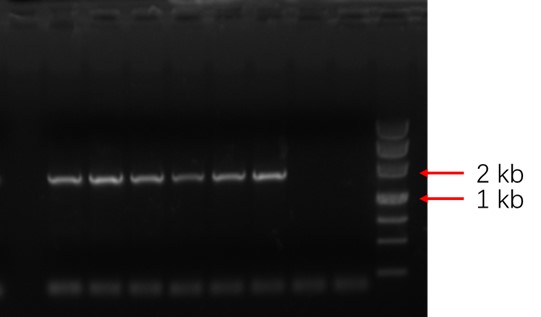 An upstream activation sequence (UAS) is a cis-acting regulatory sequence. It is distinct from the promoter and increases the expression of a neighboring gene. Due to its essential role in activating transcription, the UAS is often considered to be analogous to the function of the enhancer in multicellular eukaryotes. Upstream activation sequences are a crucial part of induction, enhancing the expression of the protein of interest through increased transcriptional activity. The UAS is found adjacently upstream to a minimal promoter (TATA box) and serves as a binding site for the transcriptional activator Gal4. If Gal4 is not present, then transcription cannot begin.

APP (amyloid beta precursor protein) is a cell surface receptor and transmembrane precursor protein that is cleaved by secretases to form a number of peptides. Some of these peptides form the basis of the amyloid plaques found in the brains of patients with Alzheimer disease. Mutations in APP have been implicated in autosomal dominant Alzheimer disease. APP has three major isoforms, and APP695 was used here for this isoform is predominantly expressed in neurons and accounts for the primary source of APP in brain.

We mainly introduced the pathogenesis of Alzheimer's disease and how to establish a drosophila drug screening model for Alzheimer's disease by means of synthetic biology. We also found that the students were very interested in iGEM, so we took the time to describe some of our achievements and experiences in the competition. After introduce all these things, we also have a Q&A part which we have some question for the students who came to see this live streaming. We hope that more high school students like us can discover their potential and contribute to the world through the subjects they are interested in.

The PCR product of APP was cloned into pUAST+6×Myc vector with two restriction sites: SacII and XbaI. The pUAST-APP-Myc plasmid was verified by DNA gel electrophoresis and DNA sequencing, and microinjected into Drosophila early embryos. After hybridization screening, we got stable transgenic UAS-APP-Myc strains. UAS-APP-Myc was expressed in fly nervous system driven by appl-Gal4, and expression of APP-Myc was confirmed by Western Blot (WB). Here shows some of the results.

pUAST-APP-Myc plasmid was transfected into E. Coli, and bacterial colonies were observed on LB medium with antibiotic.

13 colonies were picked up for verification, and 7 of them show expected DNA band corresponding to the size of APP.

The sequences of APP-Myc in the plasmids were verified by DNA sequencing. An example of the sequencing data was shown here. 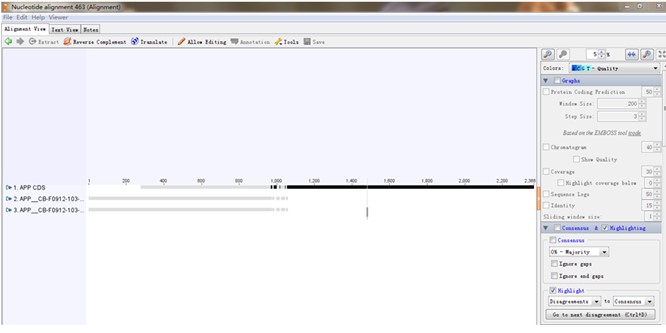 Expression of APP-Myc driven by appl-Gal4 in Drosophila was confirmed by Western Blot (WB). Compared with the control (lane 1), APP-Myc was detected by anti-Myc antibody in two UAS-APP-Myc transgenic lines (lane 2, 3).