Beer Antioxidation and Depurination Yeast (BADY) is built to deal with the gout and oxidation issue of beer. We will introduce the plasmids carrying the three genes purine nucleoside phosphorylase1 (PNP1), superoxide dismutase 1 (SOD1), and chitinase42 (chit42) into the Saccharomyces cerevisiae to produce the corresponding enzymes. Since the enzymes need to be released in the brewing environment to be effective, we choose a common secretion signal sequence “mating factor alpha prepro-leader (MF alpha)” to make the enzyme secretions become possible. The secreted enzyme PNP1 can convert purine polynucleotides into free purines that can be directly used by yeast, thereby improving the utilization of purines by yeast and ultimately reducing the purine content in beer. SOD1 has a very good antioxidant effect to directly enhance the antioxidant capacity of beer. When endochitinase (chit42) is secreted outside of the yeast, it breaks down the chitin in the yeast cell wall into smaller reducing sugar—chitooligosaccharides (COS). COS as an anti-oxidation agent could extend the shelf life of beer. For the expression of PNP1 and SOD1, we choose the pGK1 promoter to keep a sustained expression throughout the whole fermentation process. For the chit42, we choose the TPS1 promoter which is a well functional ethanol inducible promoter to make the endochitinase be expressed at the very endpoint in the fermentation process. This could prevent the yeast from dying early in fermentation due to cell wall breakdown.

We will introduce the whole fragment containing the promoter, MF alpha, the gene of interest, 3xHA, terminator, and kanMX into the yeast genome. The site of integration we choose in the yeast genome is the ADE2 locus. When the fragment is correctly integrated at ADE2, the gene will be deleted and the mutant strain will produce a red pigment. This will facilitate the visual selection of the correct transformants.

Yeast can absorb and utilize purine bases, we make use of this ability to reduce the concentration of purines in the liquid. The yeast will be removed by filtration from the beer after fermentation so the absorbed purine bases can also be removed.

The main factor that affects the flavor of the beer is the reaction of oxygen in the beer. During the storage of beer, oxygen can create undesirable changes to alter the color of beer and give off annoying flavors. For example, ground-state molecular oxygen can generate H2O2. The reactions between H2O2 and metal ions are called Fenton and Haber-Weiss reactions, which generate hydroxyl ions. Hydroxyl ions oxidize beer components into aldehydes and ketones, which contain the carbonyl. The carbonyl flavor is often described as papery.

Superoxide dismutase 1 (SOD1) is a significant antioxidant, and it is regarded as a fundamental defense agent against reactive oxygen species. It is a class of enzymes that removes ROS by converting the harmful ROS by catalyzing the disproportionation of superoxide ionic radicals (O2-) into H2O and O2.

Through this principle, SOD1 can be a good scavenger of superoxide radicals in beer. However, during fermentation, SOD1 cannot be secreted into beer by yeast cells, this limits the SOD1 activity on beer anti-aging. We hope to increase the antioxidant capacity of beer based on the knowledge of molecular biology and the method of gene engineering to secrete SOD1 outside yeast cells. We incorporate the SOD1 gene and the secretion signal MF alpha into the yeast genome. During fermentation, the SOD1 is expressed and then transported extracellularly in response to the secretion signals.

In previous reports, SOD1 has been shown to reduce the amount of free oxygen in beer, which in turn increases the antioxidant activity of beer to maintain flavor stability.

The chitooligosaccharide (COS) serves as versatile functional chemicals possessing antimicrobial and antioxidant activities. It acts as a radical scavenger by extracting hydrogen from free radicals (1). The application of chitooligosaccharide for lengthening beer staling duration by eliminating free radicals has been reported. By adding COS into beer, the antioxidative enhancement has been observed from the decreases of the content of three major staling compounds: 5-Hydroxymethylfurfural (5-HMF), phenylacetaldehyde (PAD), trans-2-nonenal (T2N). (2). Within the present project, we express endogenous COS in brewing yeast by inserting a gene that encodes the enzyme chitinase 42 (chit42). As a novel enzyme that specializes in catalytically break down chitin into its monomer-chitooligosaccharide, the chit42 enzyme could be utilized to produce COS in beer automatically by breaking down the yeasts’ cell wall, in which the chitin abounds. We also choose the secretion signal MF alpha to make the chitinase 42 secretable.

As mentioned above, the three enzymes need to be released in the brewing environment to be effective. We choose a common secretion signal sequence “mating factor alpha prepro-leader (MF alpha)” to make the enzyme secretions possible.

MF alpha is a pheromone secreted by α mating yeast and regulates the yeast mating. It is widely used for post-translational modification of foreign protein expression. By ligase of the MF alpha and the gene of interest, the protein encoded can be secreted outside the yeast after expression.

Inserting six glycines between two protein-encoding genes, the proteins can be prevented from interfering with each other, and they can fold normally to form the correct spatial structure.

We inserted 6 x glycine between Mating factor-alpha prepro-leader (MF alpha) and three of our protein-encoding genes (PNP1, SOD1, chit42) to avoid interference between MF alpha and Purine nucleoside phosphorylase, superoxide dismutase 1 enzyme, and endochitinase so that the correct spatial structure could be formed.

The promoter and its function

The pGK1 promoter regulates the 3-phosphoglycerate kinase (PGK1) gene in Saccharomyces cerevisiae. This promoter can efficiently drive high levels of expression of reporter genes. We choose the pGK1 promoter for the regulation of PNP1 and SOD1 for a stable and high-level expression through the whole fermentation process.

TPS1 promoter has an ethanol stimulating nature. When ethanol level increases to 3% (v/v), and peaks at 8% (v/v), it initiates the expression of the gene it regulates. As for our design, we proposed to restrict the expressing time point till the end when the ethanol level reached the standard. That is, we propose to simulate the real brewing process when ethanol level peaks ultimately, at this point the endochitinase controlled by TPS1 expresses to degrade yeast cell wall, and thus the COS can be produced following the breaking down of chitin, one of the major components of the yeast cell wall. Considering that the removal of the cell wall may result in protoblast yeast cells which may influence cell activity and decrease SOD1 and PNP1 production, the use of the TPS1 promoter facilitates the complementary expression of SOD1, PNP1, and chit42. The cell will constitutively produce SOD1 and PNP1 normally, and once the ethanol induction of chit42 initiates, the yeast secreting works finalize perfectly.

Yeast integrative plasmid (YIp) and Yeast Centromere plasmids (YCp) are two types of plasmids related to yeast cloning. YIp relies on integration into the host chromosome for survival and replication, and the fragment integrated replicates as the host replicate, which +means the offspring will retain the characteristics or abilities conferred on the original host by the integrated fragment. YCp is considered low copy vectors and incorporates part of an ARS along with part of a centromere sequence (CEN). It replicates as though they are small independent chromosomes and are thus typically found as a single copy. However, it is less stable, as they can be lost during budding. We chose the integrating strategy because we needed the yeasts to maintain the ability to secrete the target protein after proliferation. We select ADE2 as the insertion site for our fragment to integrate into the yeast genome.

ADE2 is a non-essential gene of Saccharomyces cerevisiae. It encodes AIR-carboxylase which catalyzes the sixth step of the purine biosynthetic pathway. And the null mutant displays adenine auxotrophy forms red colonies and is sensitive to purine analogs. In large-scale studies, null mutants show decreased competitive fitness and shortened chronological lifespan. Such operations do not make the edited yeast more likely to infect humans or contaminate the environment. We chose it as the insertion site as knocking it out would not have a big impact on the growth of yeast, and it was convenient for us to pick up the correct yeast after transformation. We have added the 50bp homologous fragment at the beginning in the insertion fragment from the company synthesis, and then we designed the primer with the 50bp homologous fragment at the end. We plan to connect the 50bp to our insertion fragment through this primer.

In order to successfully import genes into the ADE2 site, we designed two 50bp homologous fragments at the beginning and end of our insertion Fragment.

pFA6a is a precursor to plasmids carrying kanMX and other selector modules (HA tag, ADH1 terminator). This plasmid is a commonly used backbone plasmid for generating epitope tagging vectors. We choose pFA6a as the backbone because it contains the HA tag, KanMX, and ADH1 terminator. HA tag is a general epitope tag, which doesn’t influence the bioactivity and helps the detection of western blot. KanMX is an antibiotic resistance gene, we use it to detect plasmid-containing bacteria with selective media. The ADH1 terminator is a natural terminator sequence for Saccharomyces cerevisiae which also functions as a terminator for foreign genes expressed in yeast. Besides, this backbone is also specially designed for yeast expression. We chose the SmaⅠ restriction site on the backbone and used the method of Gibson assembly to assemble the fragment containing the first 50 bp of ADE2, promoter, MF alpha, and coding gene into the backbone. We chose the SmaⅠ restriction site because our fragments do not contain this site and it is a common restriction site so that we can find the enzyme easily. 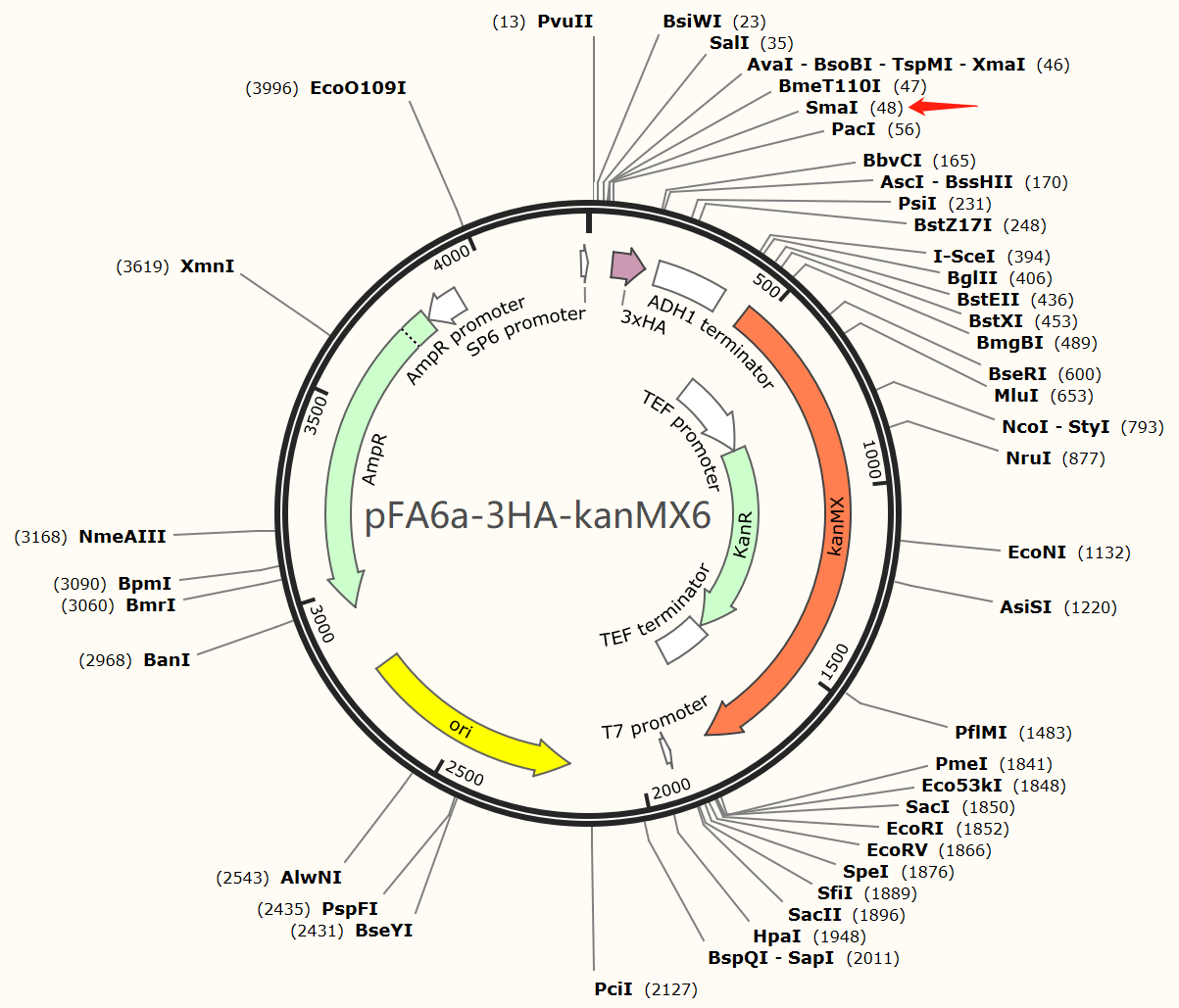 Figure 1. The fragment that contains PNP1 gene, it is eventually transformed into the yeast

Figure 2. The fragment that contains PNP1 gene, it is eventually transformed into the yeast

Figure 3. The fragment that contains SOD1 gene, it is eventually transformed into the yeast

Figure 4. The fragment that contains chit42 gene, it is eventually transformed into the yeast 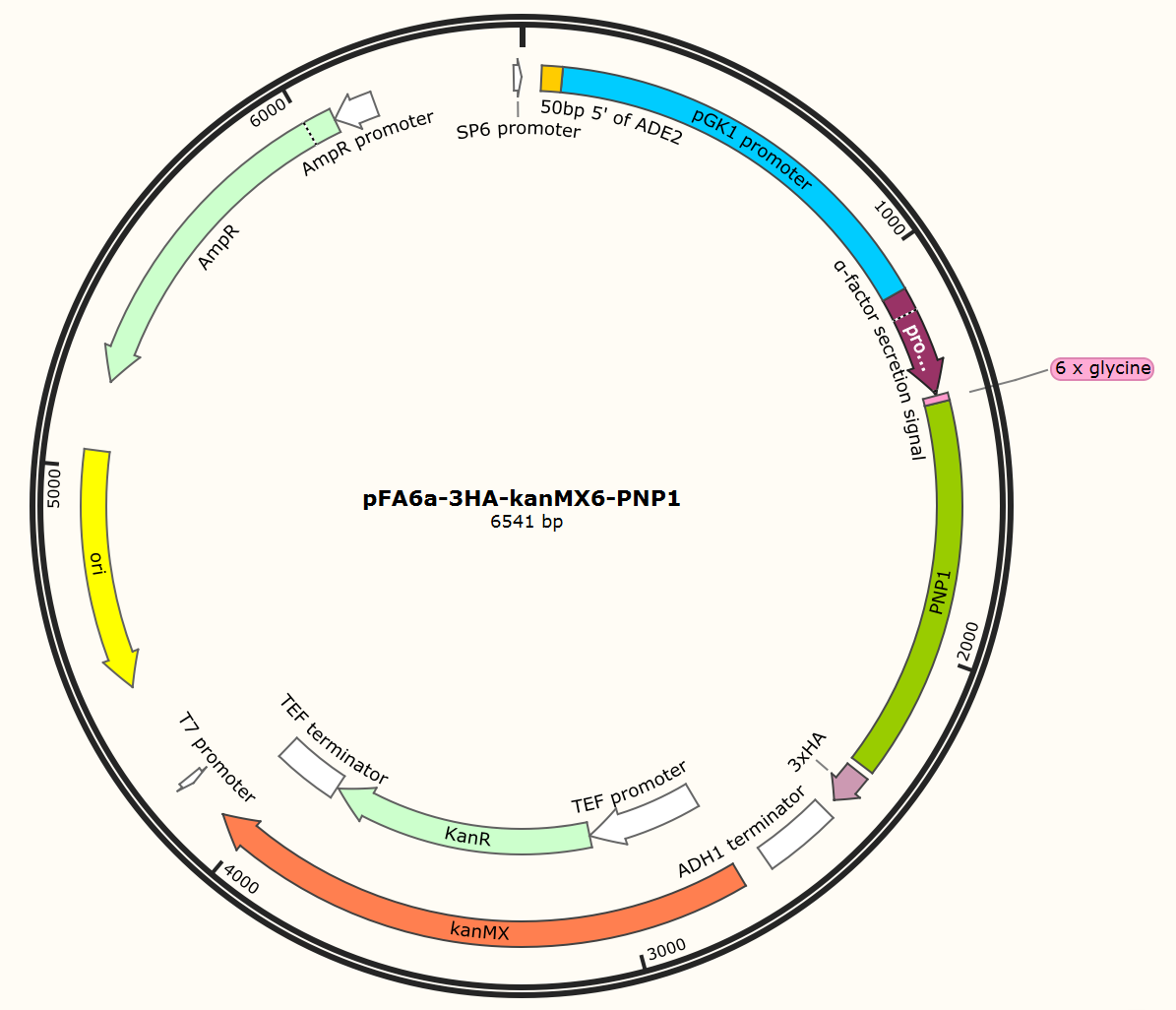 Figure 5. The complete construction of the PNP1 plasmid 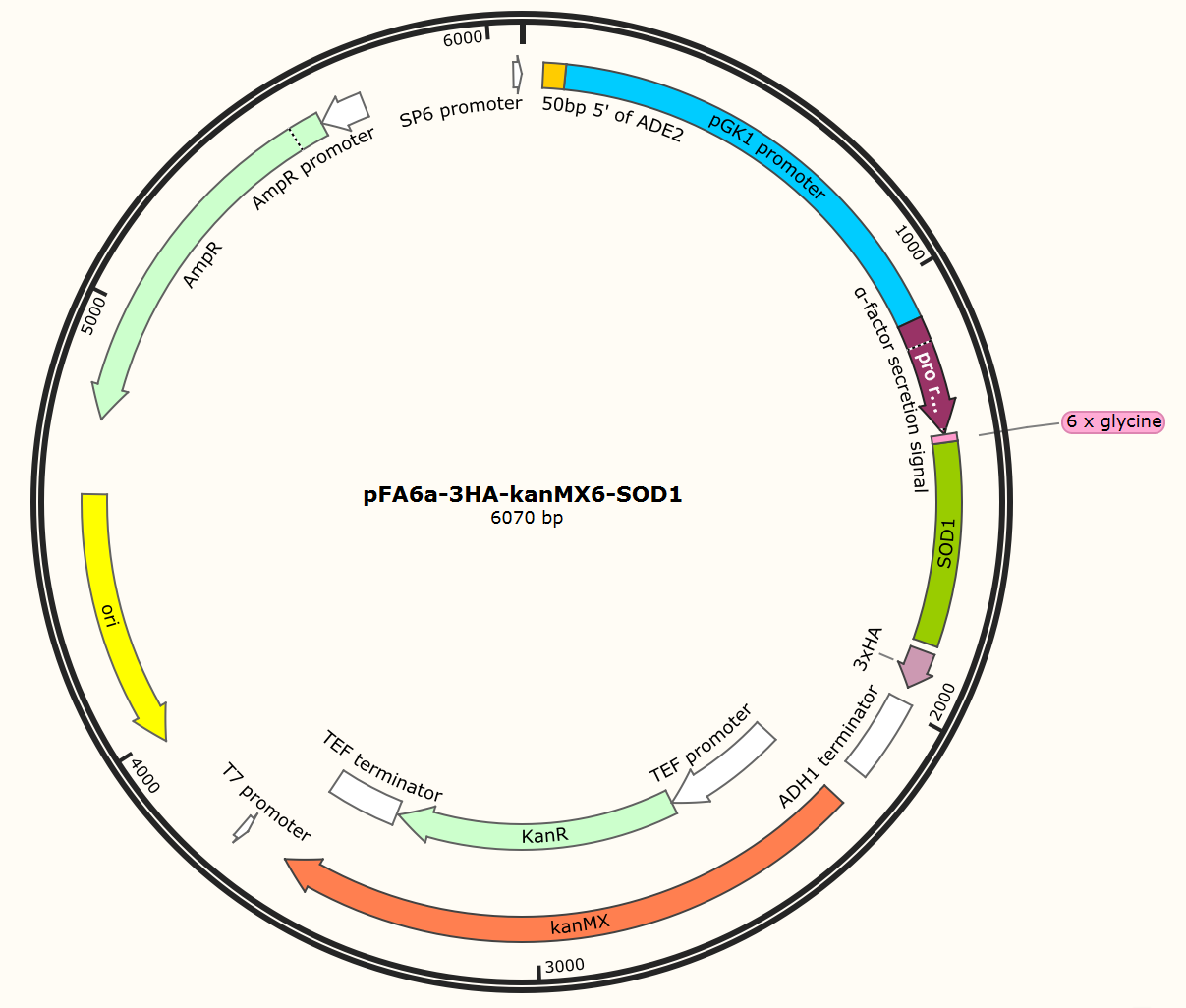 Figure 6. The complete construction of the SOD1 plasmid 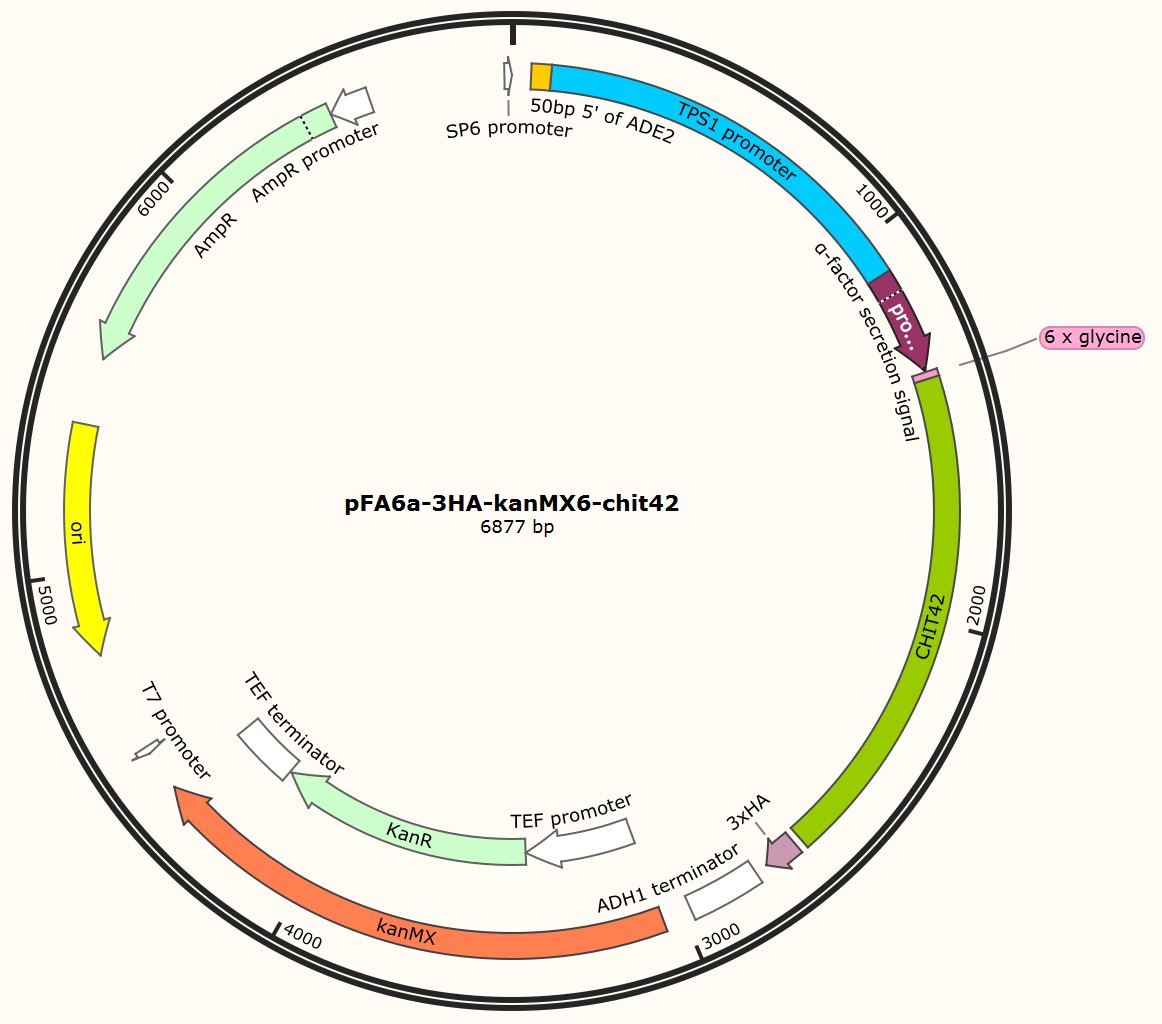 Figure 7. The complete construction of the chit42 plasmid

We decided to detect the produced PNP1 activity by the colorimetric method. The enzyme produced is added to the solution containing an insine substrate which can be converted to hypoxanthine by PNP1. Hypoxanthine is then further broken down to uric acid by the developer. The amount of uric acid can then be measured by reading the absorbance at OD = 293nm, reflecting the PNP1 activity.

For detecting the secreted SOD1 activity in the yeast culture medium, we decided to use pyrogallol autoxidation. Pyrogallol can rapidly autoxidize with the existence of molecular oxygen, to produce several intermediate products as below. 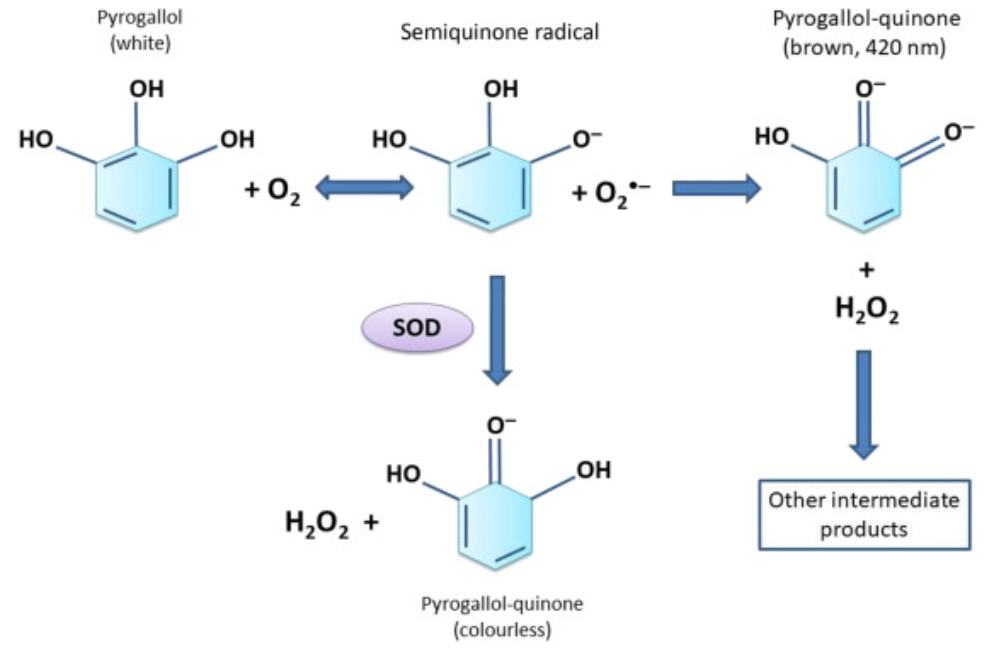 SOD1 can inhibit the reaction of the production of pyrogallol-quinone through a reactive intermediate, the semiquinone radical, by radical dismutation. Pyrogallol-quinone is brown and absorbs visible light at a wavelength of 325 nm. Based on this principle, we can define SOD1 activity by the amount of enzyme required to inhibit the oxidation of pyrogallol autoxidation by 50% per min per mL of the assay mixture.

The products of chit42-chitooligosaccharide (COS) can quench radical species and elongate the life span of beer. DPPH is a well-known radical. The rate reduction upon the addition of DPPH can indicate the reduction or the antioxidant activity of the solution of interest. DPPH has a strong absorption at 517 nm wavelength and shows violet color, and it becomes colorless when reduced. Thus, the DPPH function assay can be utilized to measure the antioxidant capacity of our solution in which yeast grow.