This part is the CDS of a dextranase from a psychrophile organism (Gelidibacter algens) codon optimized for expression in Escherichia coli. Following reports that the Streptococcus mutans homologous dextranase has a higher activity when its N terminal (residues 1-99) and C-terminal (residues 733-850) are deleted (Kim et al., 2011), we removed them from the CDS submitted to the registry. Accordingly, our final CDS contains the region of the G. algens dextranase sequence that aligns to residues 104 - 734 of the PDB structure of the S. mutans dextranase (Suzuki et al., 2012). The dextranase of G. algens was successfully expressed in E. coli using the pET28a expression vector.

We determined that the optimal conditions for the expression of this protein with this expression system is induction with 1mM IPTG at 18°C for 18 hours. Afterward, we were able to purify the protein with IMACS chromatography. 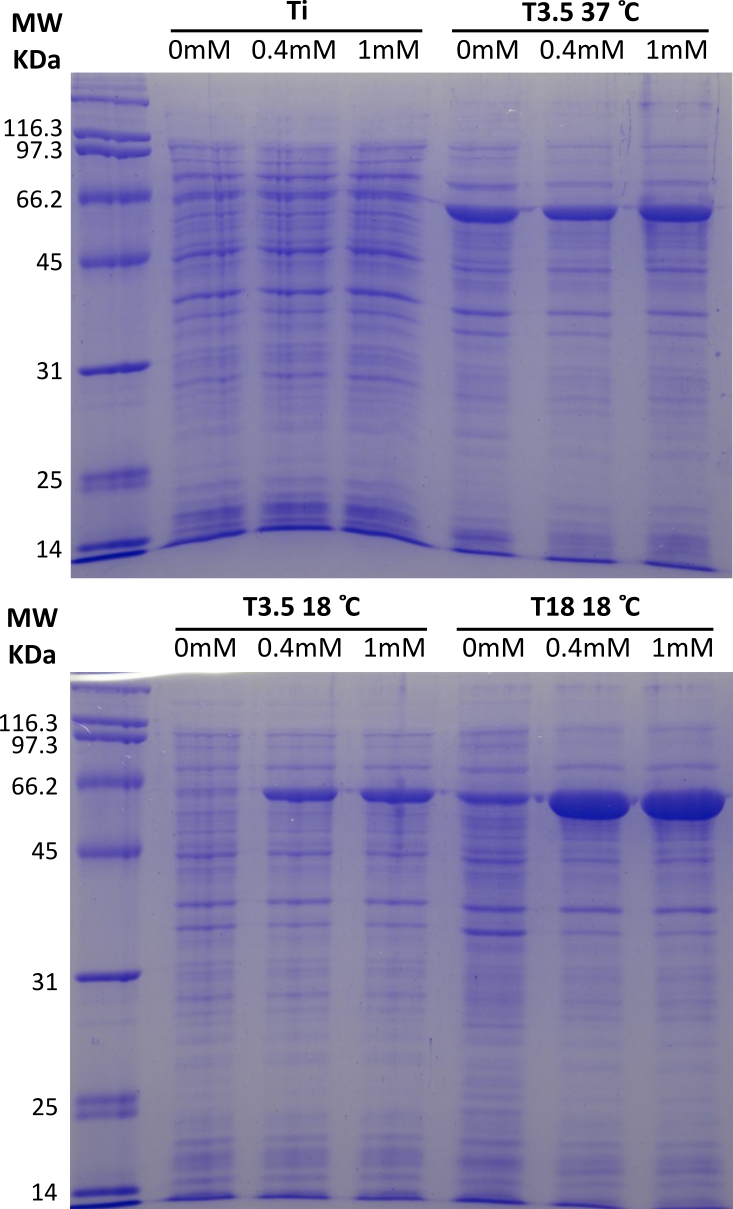 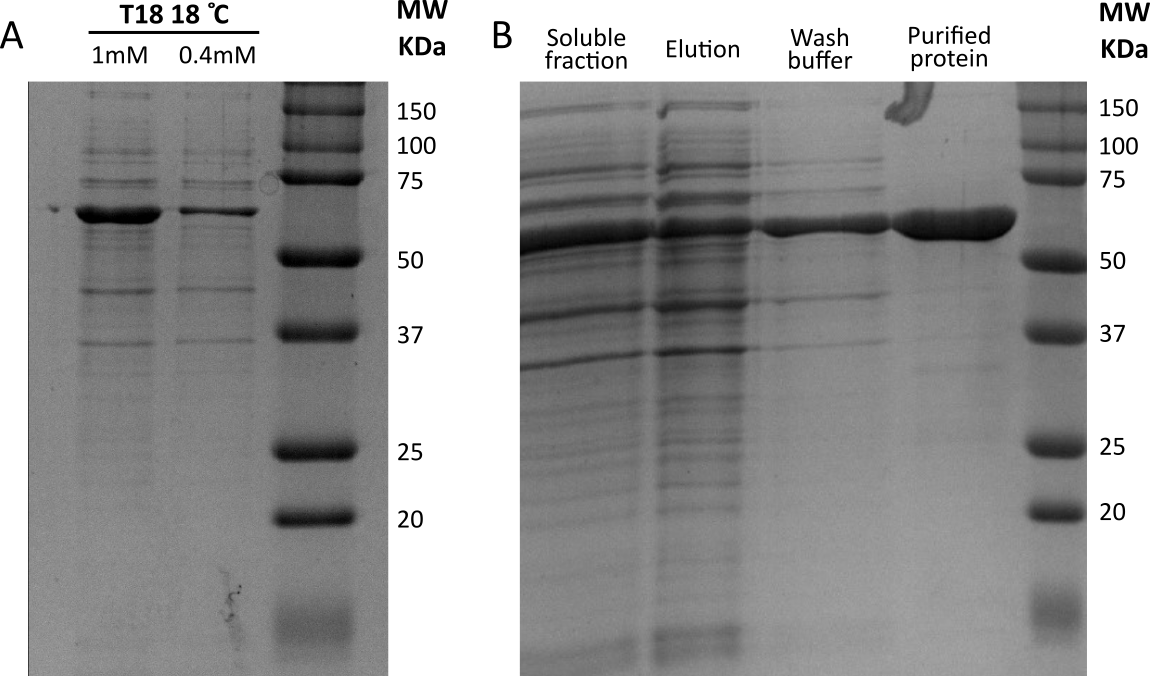 
We performed the Somogyi-Nelson enzymatic assays (Borkowska et al., 2019) to assess the reducing sugars resulting from the degradation of dextran by the dextranase. Those tests allowed us to conclude that the optimal conditions for the activity of this enzyme is pH 6.5 at 40°C and that its stability is not significantly affected in the pH range we tested, but that it is optimal at 15°C. 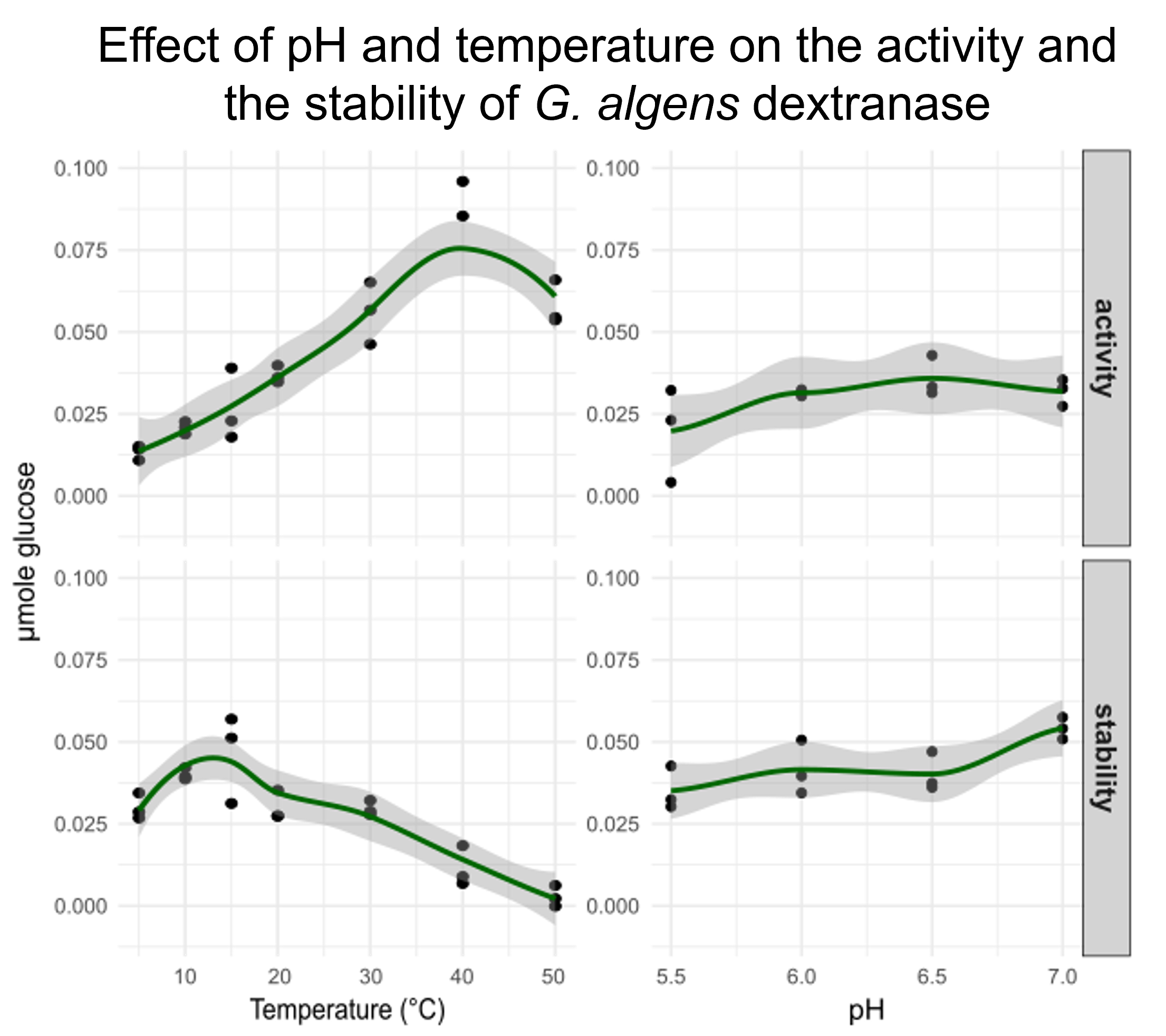 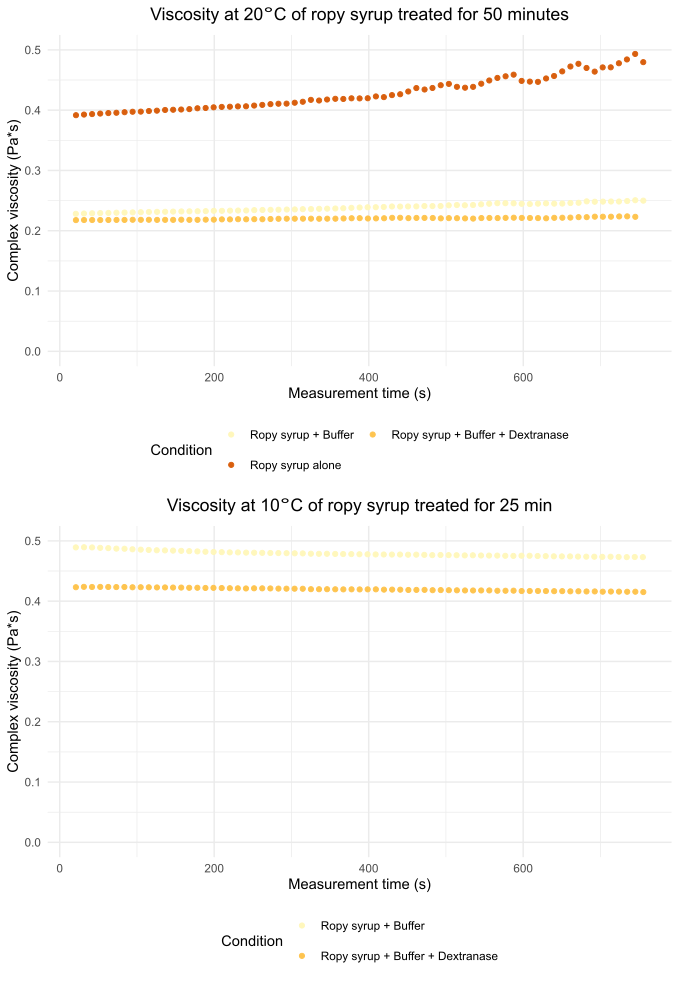