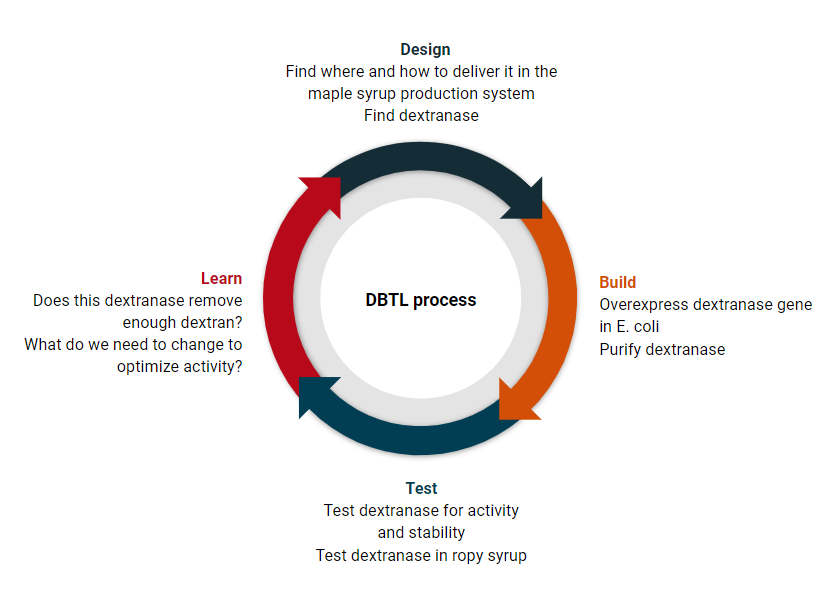 Figure 1: DBTL cycle used to summarize our project idea.
Since 2020, we have been working on a solution against maple syrup polymers (aSAP). To organize our project, we used the Design-Build-Test-Learn cycle (DBTL cycle) proposed to us by one of our mentors, Michel Guertin. This strategy follows four steps: (1) the Design phase is where we define the problem, propose multiple solutions and identify the biological components to construct; (2) the Build phase is where we synthesise, assemble and/or edit the components; (3) the Test phase is where we characterise all the components we build to identify the ones that work best and (4) the Learn phase that allows us to analyse all the data generated to start the next DBTL cycle. Last year, we did not have access to the laboratories, so we concentrated all of our energy into the design and build part of our project. This year, we put emphasis on the build, test and learning phases to improve our solution. This section summarizes what we did last year and what we have done this year.

Last year, one of our members, Benjamin Ouellet, suggested that we work on maple syrup as it is an important part of our economy and our culture in Canada. After meeting and discussing with experts in the field such as Marie Filteau, Luc Lagacé, Vincent Poisson and Jean-Michel Lavoie, we decided to work on ropy syrup, a kind of maple syrup with a high concentration of dextrans causing viscosity (Lagace and al., 2018). Since it is classified as a flavor defect in Quebec’s legislation, it needs to be destroyed (Légis Québec, 2012). This causes food waste, in addition to energy and economical losses for maple syrup producers.

These dextrans are exopolysaccharides produced by bacteria that come from the environment and are introduced in the tubing system during maple sap collection (Lagace and al., 2018). These dextrans then cause maple syrup to have a ropy and viscous texture3. Up to now, there is no way to detect if maple saps are contaminated with dextrans. Thus, the ropiness of the syrup causes damage to expensive equipment.

The solution we developed to solve this problem is a treatment using an enzyme, a dextranase, to degrade the dextrans polymers (Bashari and al., 2013). We then decided that it is best for our treatment to be used after the evaporation process when the ropy syrup is already produced, so only the ropy syrup gets the treatment and the rest of the maple syrup production stays untouched. For the dextranase, there are specific conditions in which the enzyme needs to be active: high viscosity, low temperature, and slightly acidic pH (Lagace and al., 2018, Khalikova and al., 2005).


Last year, our team was able to find one dextranase candidate expressed in Gelidibacter algens. We choose this dextranase because its properties could fit with the expected experimental conditions in ropy maple syrup. Also, discussions with Marie-Ève Picard, a member of a professor’s lab here at the university, helped us decide to use pET-28a as an expression vector for both the dextranase. It is an expression vector for Escherichia coli strains so we choose to use a codon-optimized sequence of the dextranase in E. coli Furthermore, we looked through the literature to find previous experiments on expression and purification of dextranases. We found that the dextranase of S. mutans showed proteolysis during those experiments (Kim and al., 2011) and that this modification enhanced its activity. The authors identified the protein segments to remove from the enzyme to gain activity. Using sequence alignment, we were able to evaluate the segments we needed to remove from the G. algens. dextranase and designed the part accordingly.

For further details regarding the design of our project, we refer you to our team wiki from the 2020 competition.

As planned last year, we ordered our dextranase expression vectors through Twist Biosciences. We transformed the pET28a vector containing the G. algens’ dextranase coding sequence in E. coli in DH5ɑ strain for stock conservation and sequence verification. Once the sequencing confirmed that the sequence corresponded to our design, the pET28a-G.algens was transformed in E. coli BL21 strain to start the Test phase.


The first step to test our part was to successfully express the enzyme in our induction system. To do so, we performed an experiment to optimize the expression of our protein by testing multiple induction conditions. The samples that showed the largest expression of protein were then sonicated to verify if the dextranase was soluble. By those experiments, we showed that the dextranase of G. algens was best expressed and showed higher solubility under the following induction condition: 18 hours of induction with 1mM IPTG at 18C. Also, after a quick purification test, we knew that the protein could be successfully purified. We used these first purified samples to perform a Nelson-Somogyi assay allowing us to determine if the dextranase was still active. We were thrilled to see that the enzyme was able to degrade dextran even after the whole purification protocol. To our knowledge, it was the first time the G. algens dextranase was successfully expressed and purified.

The second step was to purify a large amount of our enzyme to do the enzymatic and rheological assays. We used the determined optimized condition to perform the expression and the purification of the dextranase. Indeed, we obtained a high concentration (636uM) of purified protein in our 15mL sample. This was large enough for our needs so we moved forward with the enzymatic assays.

For the enzymatic assays, we used a miniaturized version of the Nelson-Somogyi protocol allowing us to use less dextranase for each reaction (Borkowska and al., 2019). Because no experimental data were available on the properties of this enzyme, we tested the activity and the stability of the dextranase at various temperatures and pH on dextrans of 3 different molecular weights. We found that the stability and activity are not affected by the range of pH that we tested (5.5-7) and that the dextranase does not seem to have a preferred dextran weight for its activity. However, the temperature seems to impact the activity and the stability of the dextranase. Surprisingly, the optimal activity was observed at 40°C although the optimal stability is measured at 18°C. We also tested our dextranase directly in the ropy syrup at room temperature. We saw a decrease in the viscosity of the sample treated with the dextranase compared to the control. This observation was only visual, so we wanted to add some quantitative data to prove the efficiency of our treatment.

We used a rheometer to collect the quantitative data on our dextranase treatment. We measured the viscosity of a ropy maple syrup sample and compared it to the treated ropy syrup at 20°C. It showed a decrease in viscosity, however, this decrease was found very similar to the one caused only by the dilution of the ropy syrup with the buffer. We know that our enzymatic treatment will be applied at a lower temperature so we also tested the effect of the dextranase at 10°C. The treatment caused a better relative decay of viscosity at this temperature. It is explained by the fact that the sample viscosity increases exponentially with the diminution of the sample temperature.

From our analysed data, we conclude that our expression vector and strategy worked efficiently. Also, the approach for protein purification was successful. However, the properties of the G. algens dextranase were not what we expected. Indeed, we expected that its activity would be maximal at a temperature around 10-15°C, but we showed that it was around 40°C. Therefore, the dextranase treatment is not at its maximal potential at the conservation temperature of maple syrup. On the other hand, we learned that maple syrup with food additives would never be sold as maple syrup. We were already reflecting on the possibility of producing other sugar bases with the product of our treated ropy syrup. Thus, there is no relevance in keeping the enzymatic treatment at a low temperature(preservation of maple syrup). It is very convenient because our enzyme is more active at higher temperatures.

Due to time constraints, we were not able to perform all rheological tests we wanted. So there is a lack of information about the impact of the dextranase on the ropy syrup for longer incubation time and for wider temperature range. Nevertheless, we saw that the G. algens dextranase is active and accomplishes its purpose. We also observed that the dilution factor induced when we add the treatment to the syrup is quite high and it makes it difficult to measure the treatment effect at room temperature. To improve the treatment, we could concentrate the enzyme to add the same quantity of dextranase without diluting the sample as much.
In Short:

We produced a lot of data in the Test phase demonstrating that our strategy worked: