This year we forged a partnership from March to October with our comrade-in-arms, CPU_CHINA. We witnessed both of our ideas grow into actual projects. Of course, with a close partner, we were stronger than acting alone. Click here to visit their wiki.

The early stage of the project

Through the online meeting, we introduced our projects to each other and realized that there were many things we could learn from each other. During this meeting, we reached an agreement and established a partnership.

After our project was finalized, we got in touch with the CPU_CHINA, shared project content through online meetings, and confirmed the consistency of goals and ideas between the two teams. Tianjin and CPU_CHINA have established a partnership. 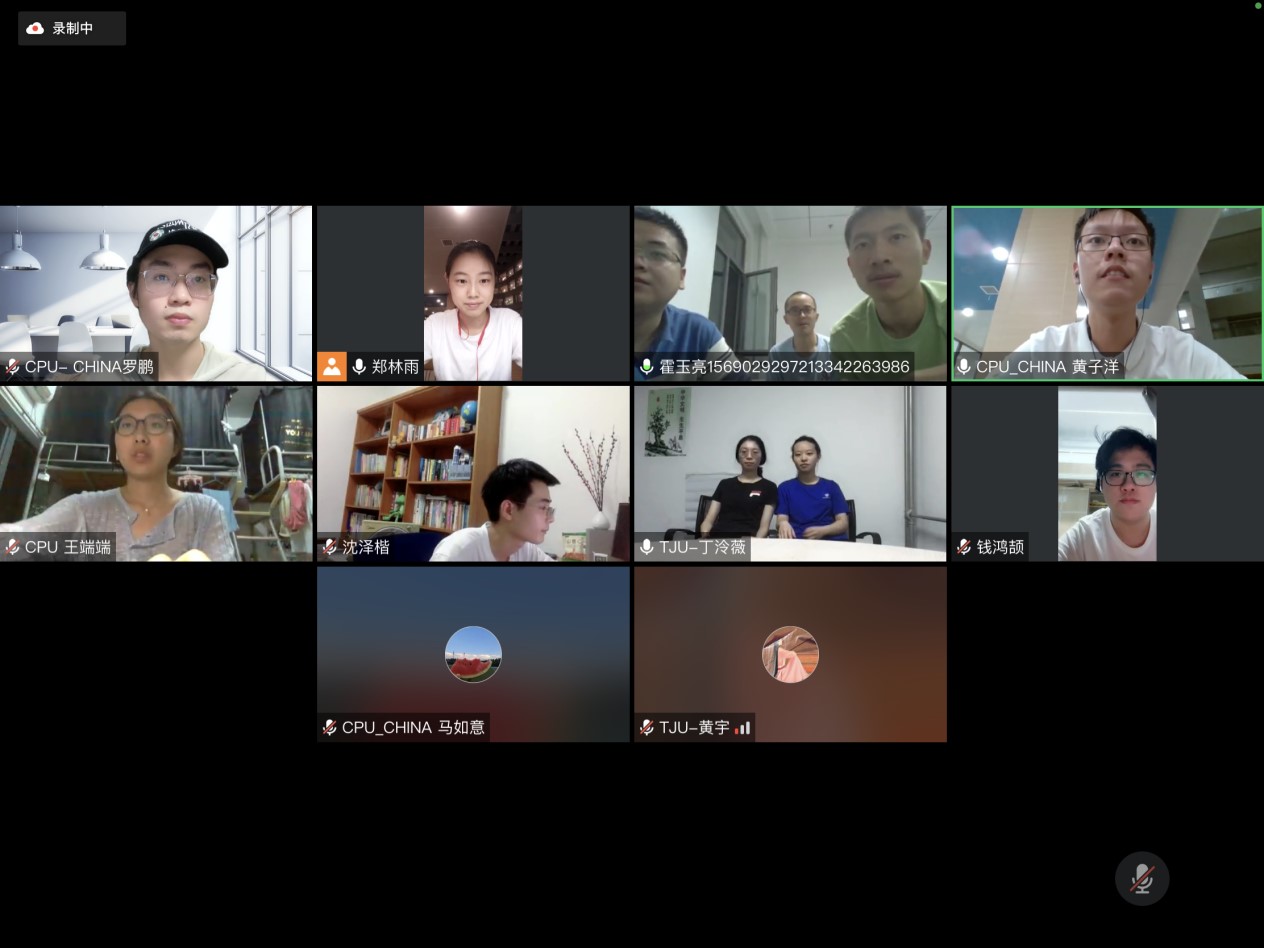 Why did we decide to do this cooperation?

During the online meetings and discussions, we found similarities between our projects. Not only that, we also provided CPU_CHINA with ideas for using CRISPR/dCas9 technology to immobilize proteins. As shown below, these common points have laid a good foundation for us to establish partnership.

In addition, our two teams also have our own strengths. Our school has been studying synthetic biology for many years and is quite proficient in plasmid construction and expression, while the CPU_CHINA team is better at protein characterization. In addition, chromosomal drug delivery will be an important part of our project, and China Pharmaceutical University can provide us with more help and experience in the field of medical treatment. Our team can help more with the CPU_CHINA in the wet lab.

Of course, not only in the experiment, we also share the experience of human practice with each other and discuss the realization of medal standards, in modeling skills, website construction and other aspects of in-depth cooperation and mutual assistance.

In order to promote our project and publicize synthetic biology, our team contacted Nankai Middle School and made a popular science lecture for them when they visited the experimental center. We introduced our team's projects, synthetic biology, DNA storage and CPU_CHINA. The success of this seminar cannot be achieved without the joint efforts of Tianjin and CPU_CHINA. CPU_CHINA's cloud conference also enlivened the atmosphere. Click here for details

The middle stage of the project

In the process of project promotion, both teams use CRISPR technology as an important means, and we all encounter problems more or less in the research process. Of course, our partnership is not limited to exchanging projects and ideas, and we are committed to providing more support to each other in promoting the success of each other's projects.

We attended the CCiC conference held by Fudan. At the meeting, we exchanged updates on experiments, HP and modeling, and discussed future collaborations. This meeting was the first offline meeting since our cooperation. This meeting not only deepened our friendship, but also further promoted our follow-up cooperation. 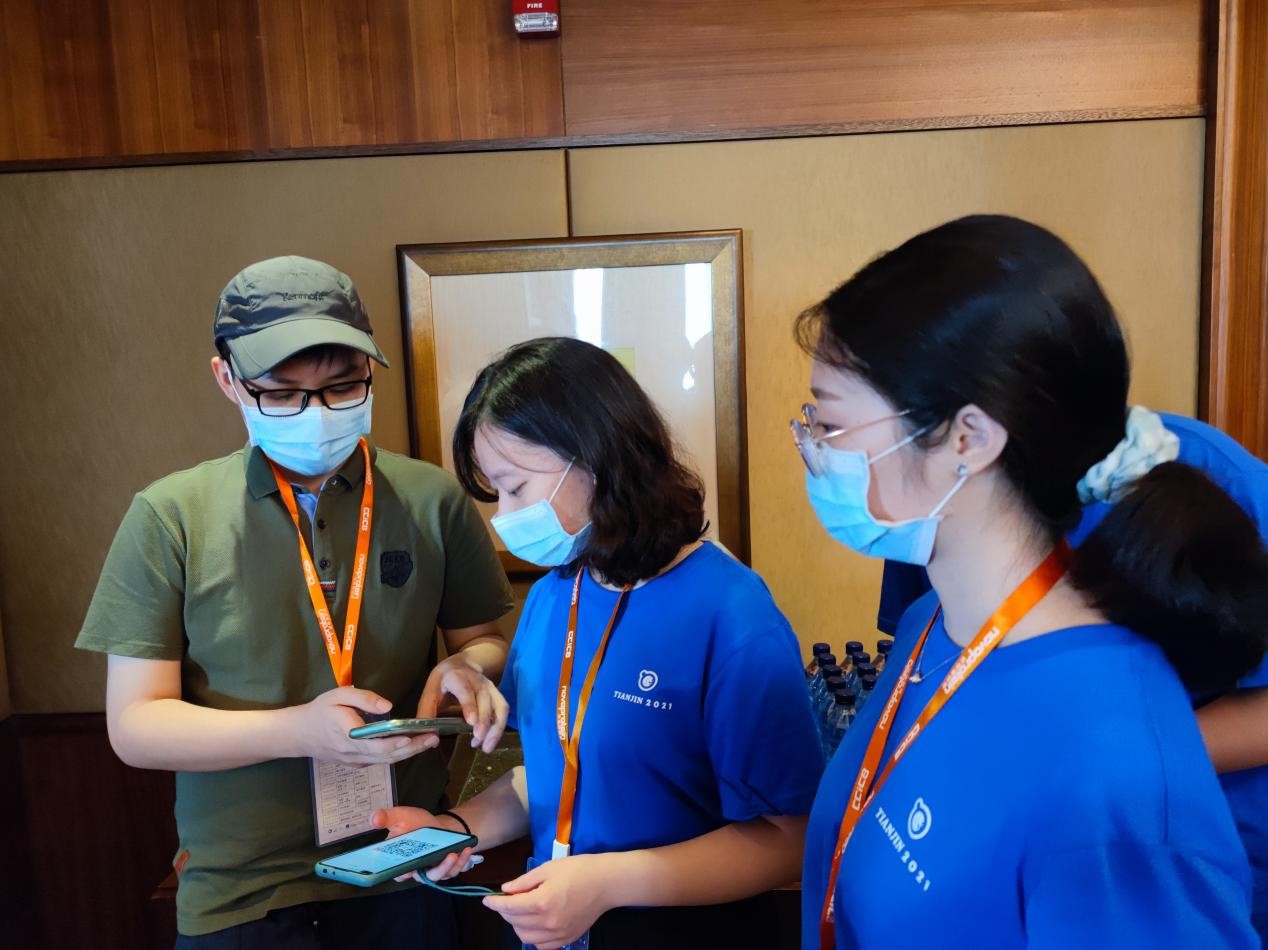 Figure 3. Interaction with CPU_CHINA at the CCiC meeting

Through our communication at the CCiC meeting, we found that CPU_CHINA and we are not the only ones using CRISPR technology in China. So, our team held a CRISPR conference. Of course, we also invited our good comrade CPU_CHINA to participate in this conference. As the name indicates, the CRISPR conference invited 11 teams from all over the world, all of whom used CRISPR technology in their own projects to share and discuss their experiences and problems with CRISPR. Click here for details

In this conference, the two teams learned more about the applications of CRISPR. More importantly, we have solved each other's problems when the two teams are using CRISPR. After the meeting, we wrote "CRISPR APPLICATION GUIDELINES" together with CPU_CHINA.

In our design, CRISPR/dCas9 system is applied in combination with SpyCatcher-SpyTag system to assemble our molecular machine. The C-terminal of dCas9 is fused with SpyCatcher, which enables dCas9 to identify and combine with protein components modified with SpyTag by forming an Isopeptide bond between SpyCatcher and SpyTag. Three kinds of complexes are built through this way. Mediated by 3 kinds of sgRNA, dCas9-SpyCatcher-SpyTag-protein complexes will anchor to the specific sequences on dsDNA, eventually forming a complete system in vitro.

The problem we face now is how to complete the characterization of the dCas9-functional protein-dsDNA complex in vitro. Previously, we decided to use the AKTA purification system to separate proteins of different molecular weights in the assembled system, and perform systematic characterization based on the absorption peak detection results and electrophoretic mobility shift assay (EMSA). However, in the follow-up experiments, we found that the content of unwanted impurities in the obtained crude protein products was too high, thus preventing our targeted functional protein to be purified with the affinity chromatography column (Ni-NTA). Also, the molecular weight of the complex was too large to be separated from other proteins with EMSA. The differentiation was found to be poor. Therefore, we sincerely hope to be able to get everyone's help in the characterization of the big system.

In terms of purification, you can consider replacing the label to perform a Pull-Down experiment for separation, and the labeled and interacting proteins are precipitated together and then characterized.

Tianjin->CPU: After we knew more about their project and looked up the structure of Manganese Peroxidase in PDB, we clarified the amine acid residues around the manganese atom and the of the oxidoreductase. Based on that, TJU proposed a method for screening key amino acid residues affecting manganese peroxidase activity: alanine scanning. By replacing the charged amino acid residues around the original activity site with uncharged methyl groups, the effect of alterations on protein activity was observed without affecting the key active site was determined.

CPU->Tianjin: CPU_CHINA proposed to suggest that the structural prediction of GFP protein using alphafold, a total of three rounds of iterations, obtained the following structure and score, where the GFP structure of score first for follow-up research: 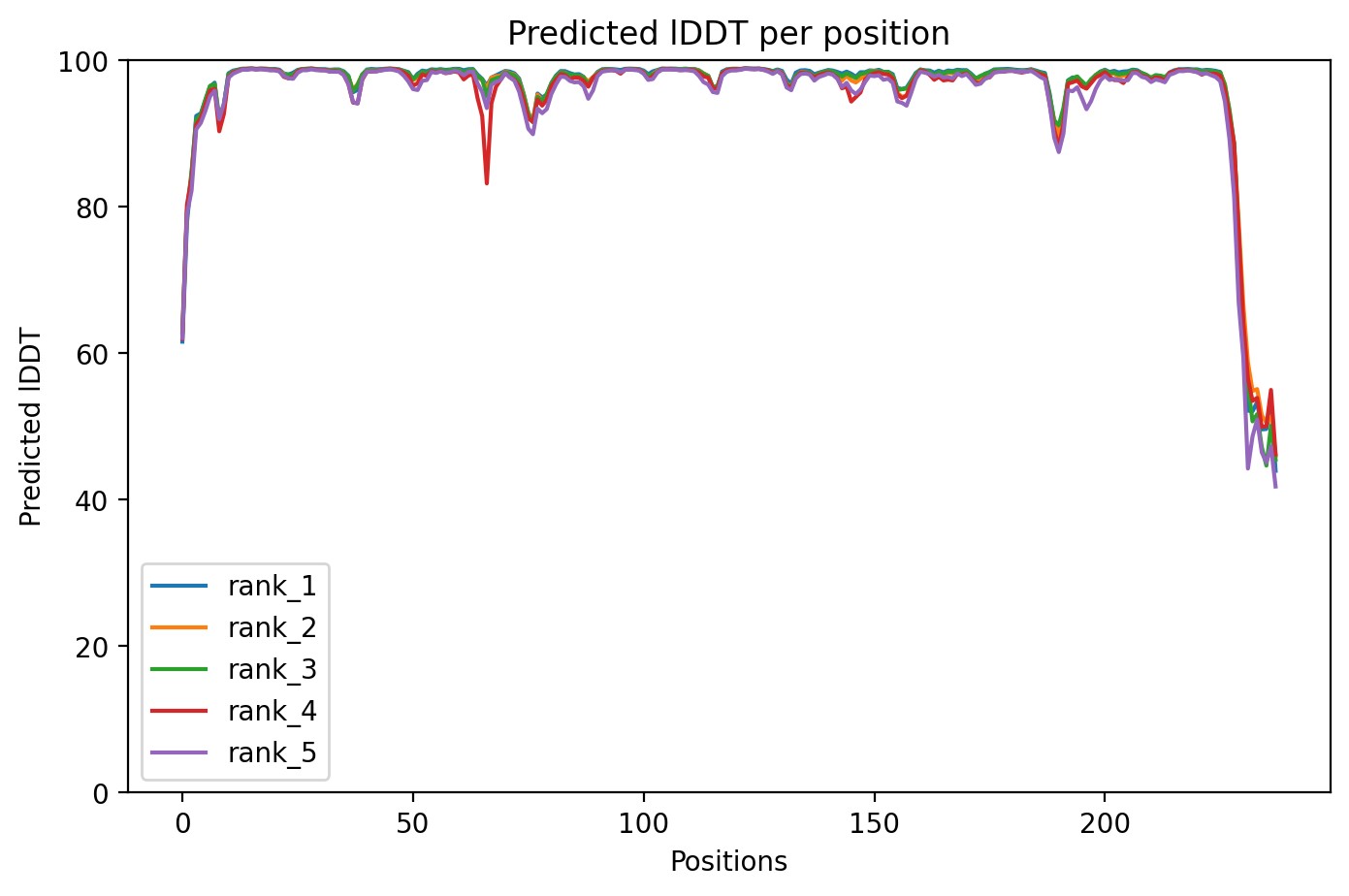 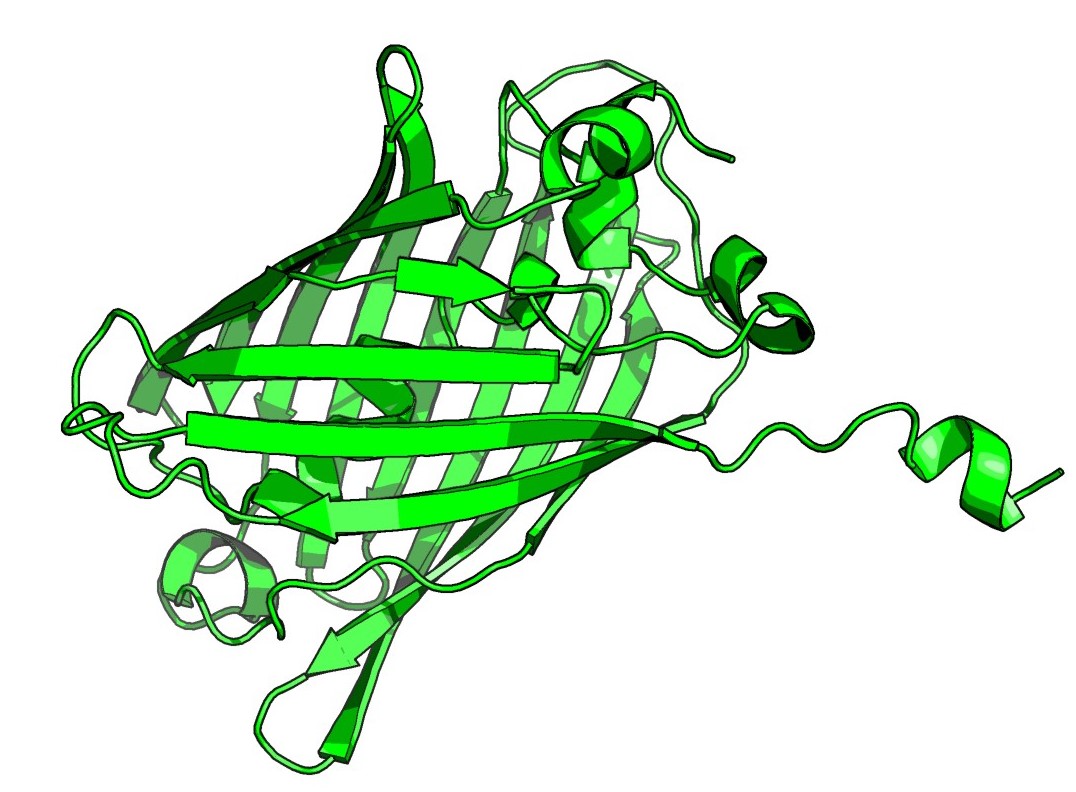 The dynamic simulation is conducted to observe the structural stability of the protein. CPU also helped us with the simulation of the stability. The improvement in the half-life can be designed by observing the change in RMSD)value corresponding to each amino acid. The RMSD diagram is as follows:

In addition to large gatherings like CRISPR and CCiC, we also held regular online meetings for consultation and discussion, where the two sides identify problems, solve problems and constantly revise projects.

Tianjin→CPU_CHINA: CPU_CHINA has been unable to construct plasmids. Through mutual communication, CPU_CHINA learned from Tianjin that it could conduct homologous recombination directly in yeast, thus making plasmid construction faster and more convenient. And Tianjin also learned from CPU_CHINA team how to use oil mirror and some matters needing attention. 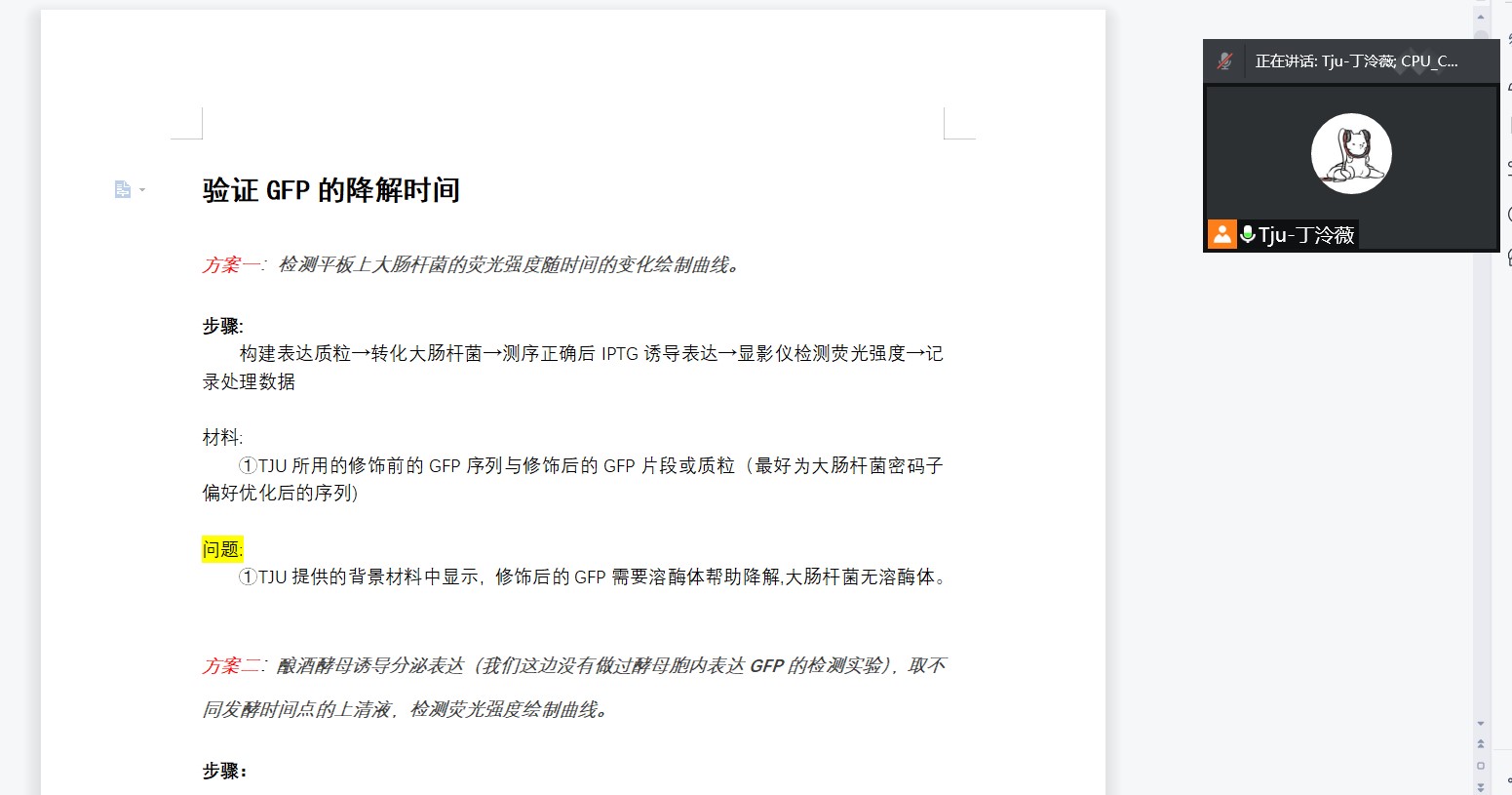 The late stage of the project

By the end of the project, we have established profound friendship and cooperation, and the cooperation in the experimental project has deepened. We all have a deeper understanding of each other's projects. Through cooperation, the two teams learn from each other's skills in different fields and develop more comprehensive projects. On this basis, we put forward a more in-depth cooperation plan.

CPU_CHINA: One of the difficulties of CPU team project lies in protein separation and purification. There are many impurities in protein purification. Therefore, we propose a scheme of using Tianjin’s chromosome-free cells to separate and purify the fusion protein, which will reduce the cost of protein separation and improve the purity of protein.

However, due to time constraints, this part of the cooperation has only been partially completed. 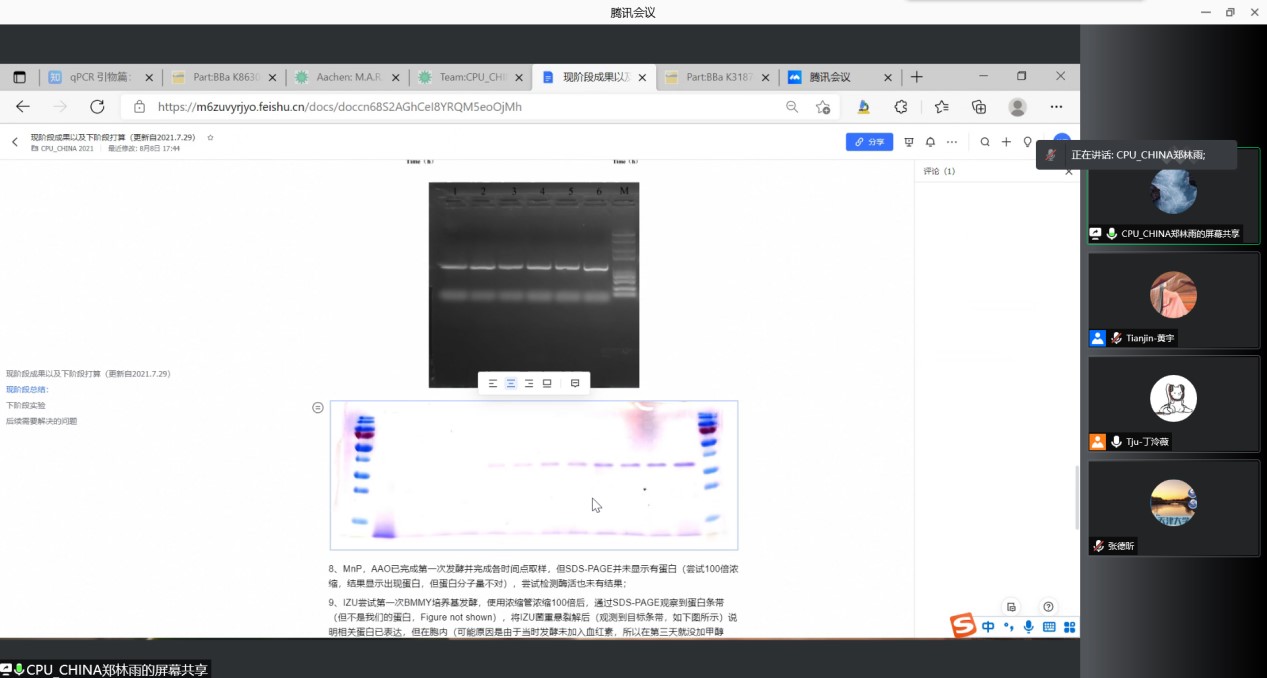 As a team dominated by newcomers, Tianjin has a lot to improve on Modeling. The modeling team at CPU_CHINA was very helpful. We held a special online meeting to discuss and exchange knowledge and ideas on modeling. The cooperation and communication between the two teams are undoubtedly a great help to both sides. 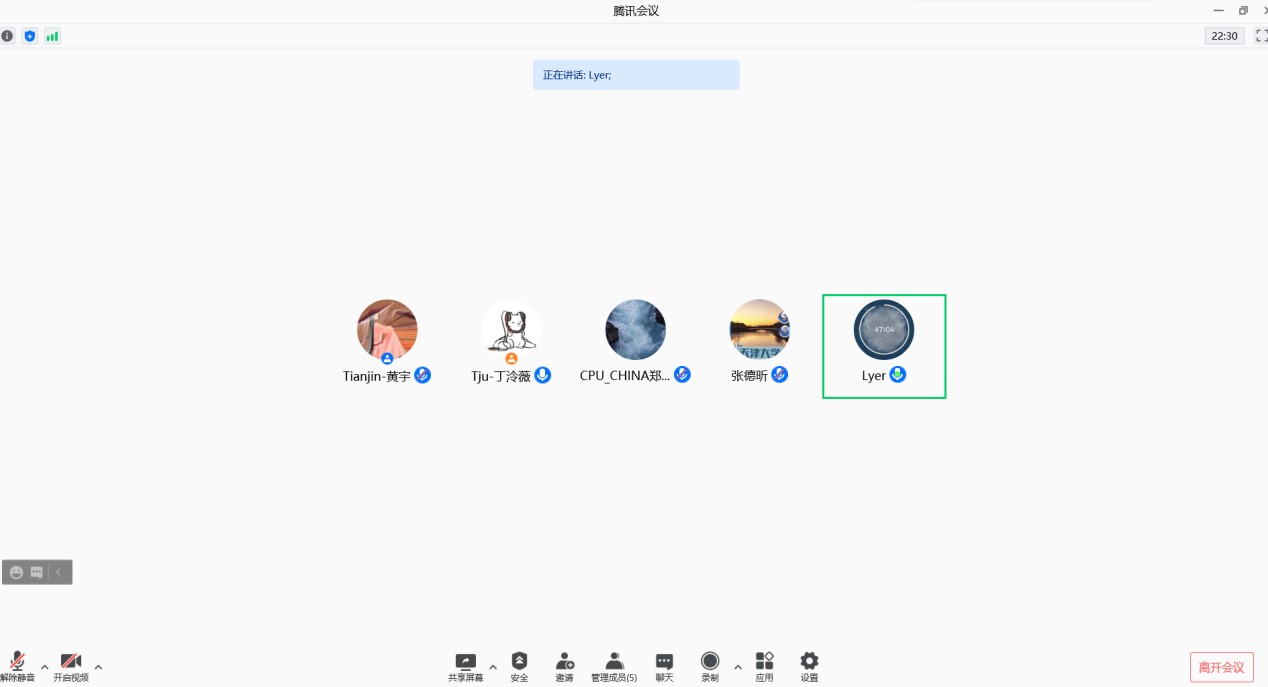 Tianjin team conducted an extensive questionnaire survey to investigate the public's acceptance of microorganisms. In this regard, the CPU team also helped us to issue questionnaires and expand the sample space of the questionnaire, which is undoubtedly important for our data analysis. 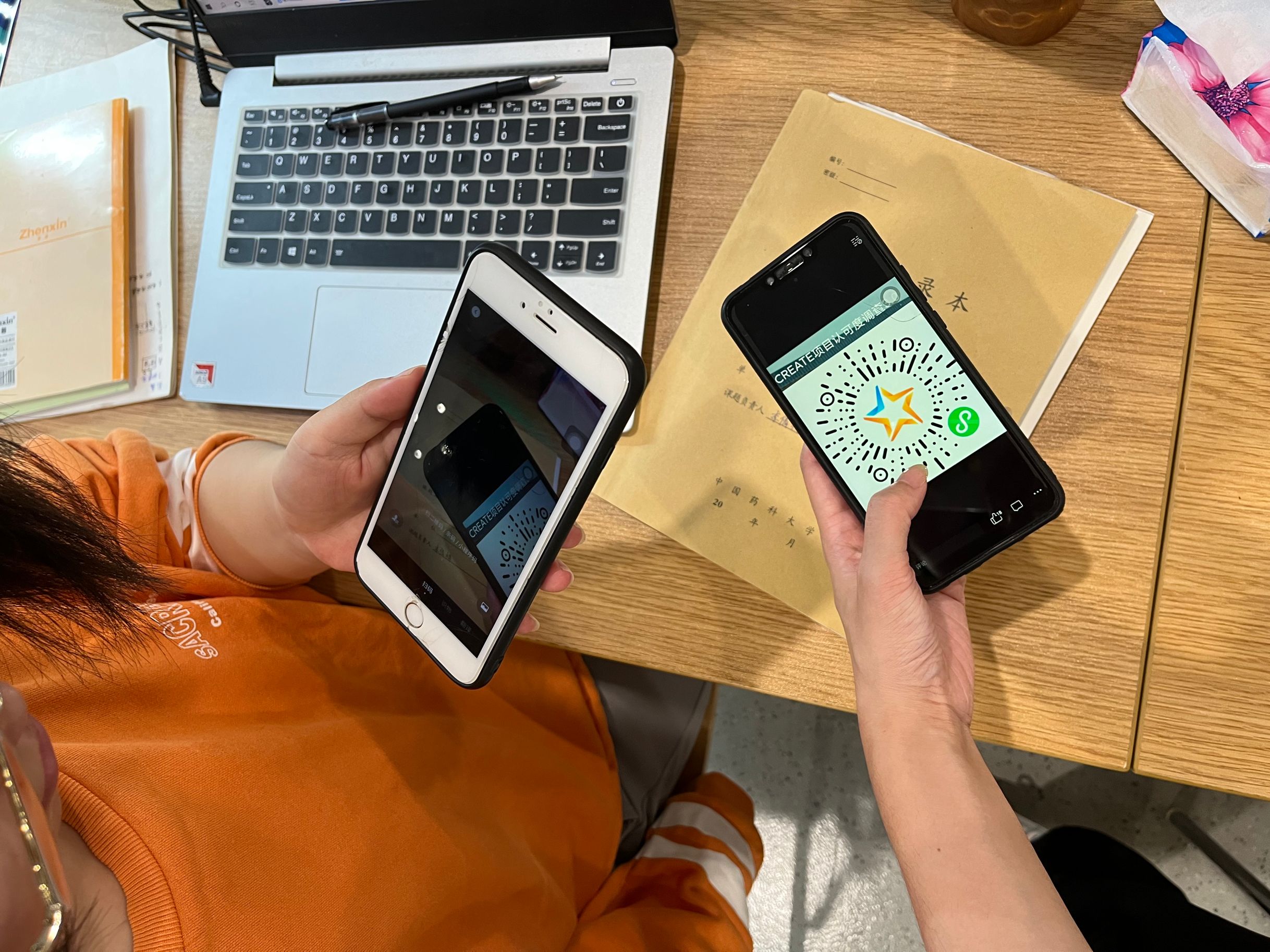 Figure 10. Our questionaires distributed by CPU_CHINA

Our team conducted a large number of interviews to ensure the feasibility and safety of our project. In this process, CPU also wished us a helping hand, including helping us interview relevant experts in their school, and providing TJU with professional information, which made us have more available information when using chromosome-free cells for drug delivery, and further guaranteed the safety of our experiment. 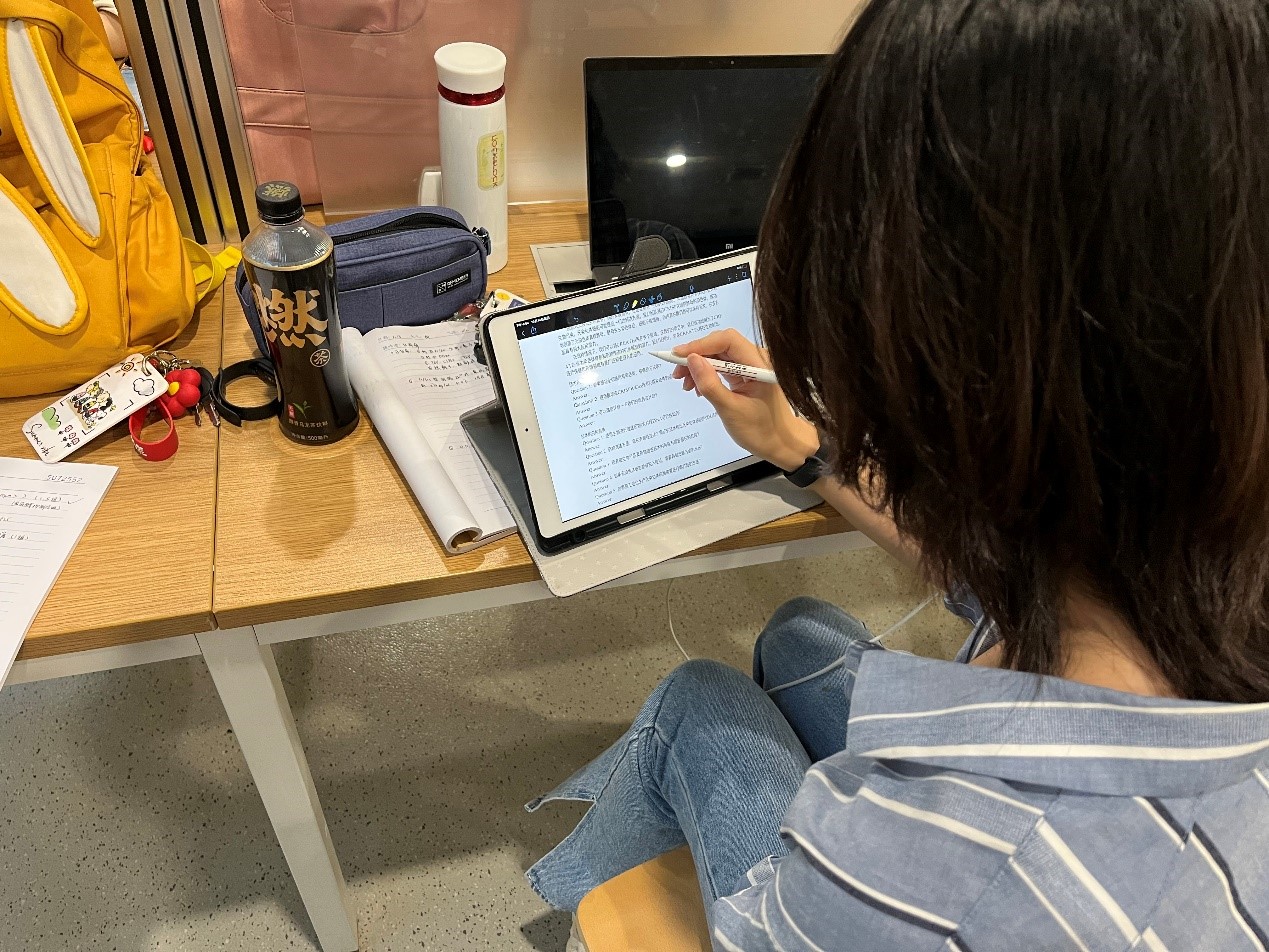 At the end of the project, the experimental design of both sides has been fully determined. In order to better publicize our project, we cooperated with CPU_CHINA to complete the "ICII" publicity and education project. The organizers of this event are NAU_CHINA and CPU_CHINA. This conference expanded the visibility and influence of our project. 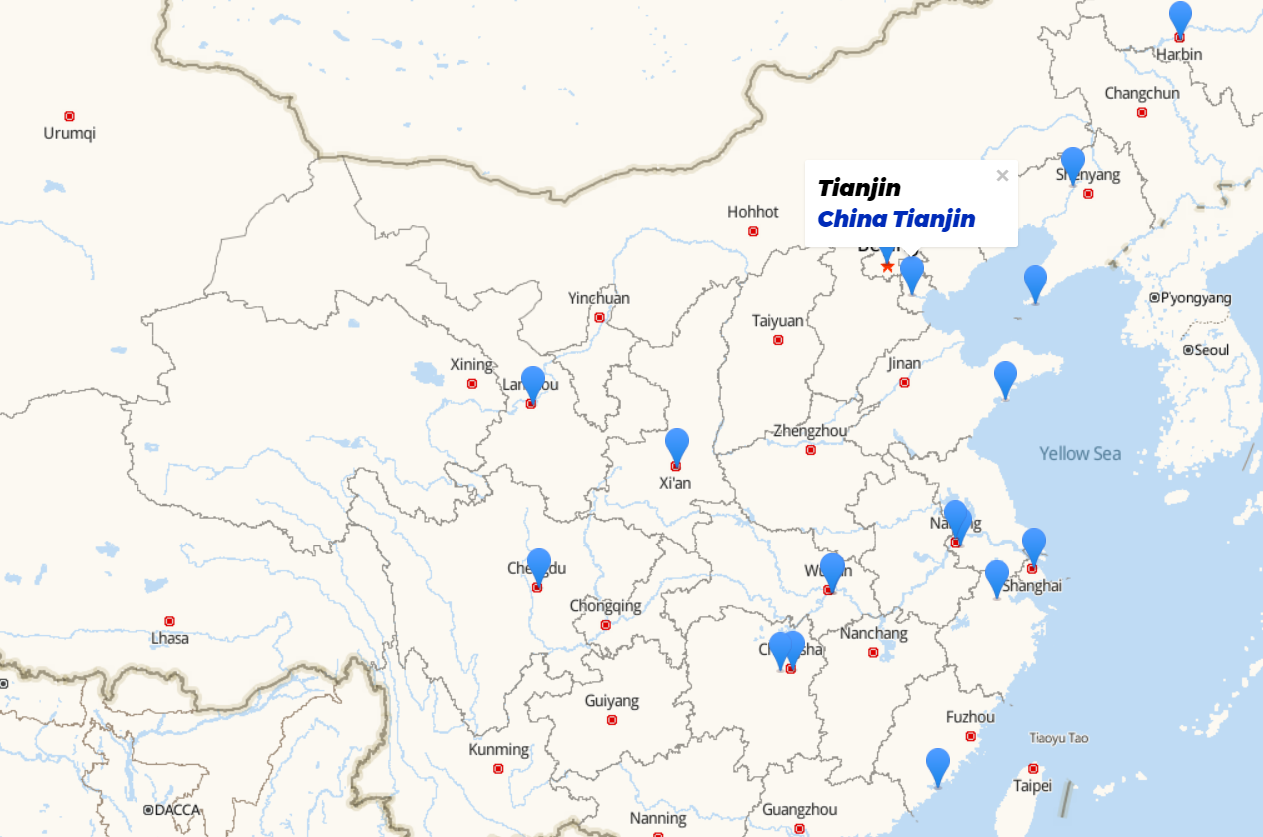 All in all, the connection between Tianjin team and CPU team is incredible. This is a valuable experience for all those involved. We discussed ideas with each other, provided support for future cooperation, and gained many contacts. Overall, our partnership provides excellent support for each other's teams' project development. Our cooperation lasted nearly one year and required the participation of team members from all organizational teams. During this time, we not only helped solve each other's problems, but also put forward our own opinions on each other's projects and achieved the gold standard together. It wasn't easy, but we knew it was all worth it.

It is a great experience to help each other complete projects in mutual assistance. And we believe this experience will be unforgettable for any iGEM team.