After we obtained the purified protein, namely the FLR enzyme, we conducted enzyme activity tests by using 4 kinds of flavonoids samples: apigenin, chrysin, luteolin, diosmetin with the initial concentration 10mg/L and the concentration of FLR enzyme was 1mM/L. Each sample was guaranteed three replicates of the enzyme activity test in order to gain more data to ensure the credibility of the result of our experiment. 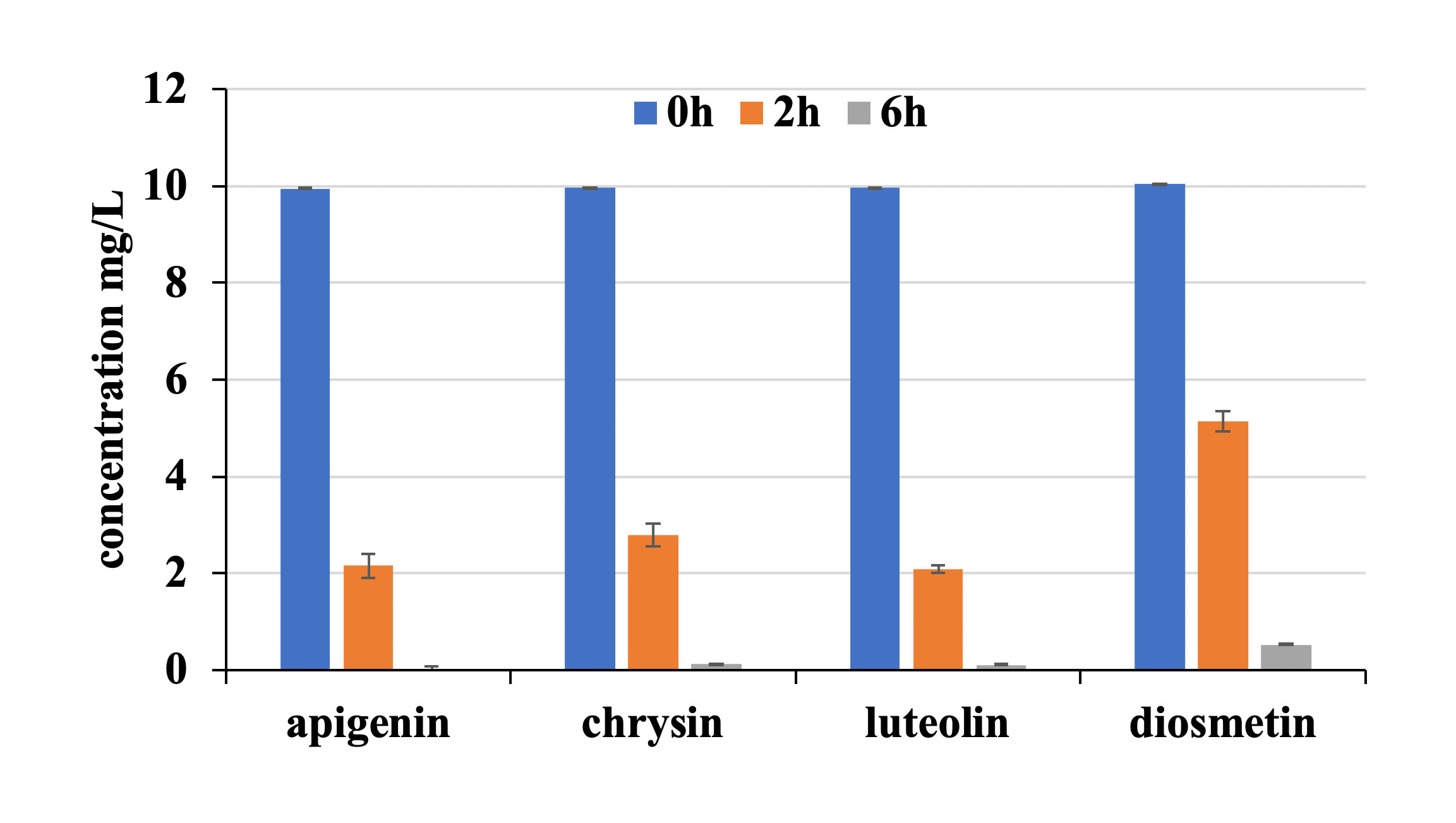 Figure 1 shows that the concentration of these 4 flavonoids remarkably decreases after 2 hours which were degraded by the enzyme, even there were only 0.3-5% left after 6 hours. All these results indicate that our enzyme has high activity and is capable of degrading multiple flavonoids with a certain universality.

In order to analyze the performance of our engineered E. coli, we also conducted the activity test by using the same 4 kinds of flavonoids samples: apigenin, chrysin, luteolin, diosmetin with the initial concentration 10mg/L and the OD600 was 1.0. Each sample was guaranteed three replicates of the activity test in order to gain more data to ensure the credibility of the result of our experiment. 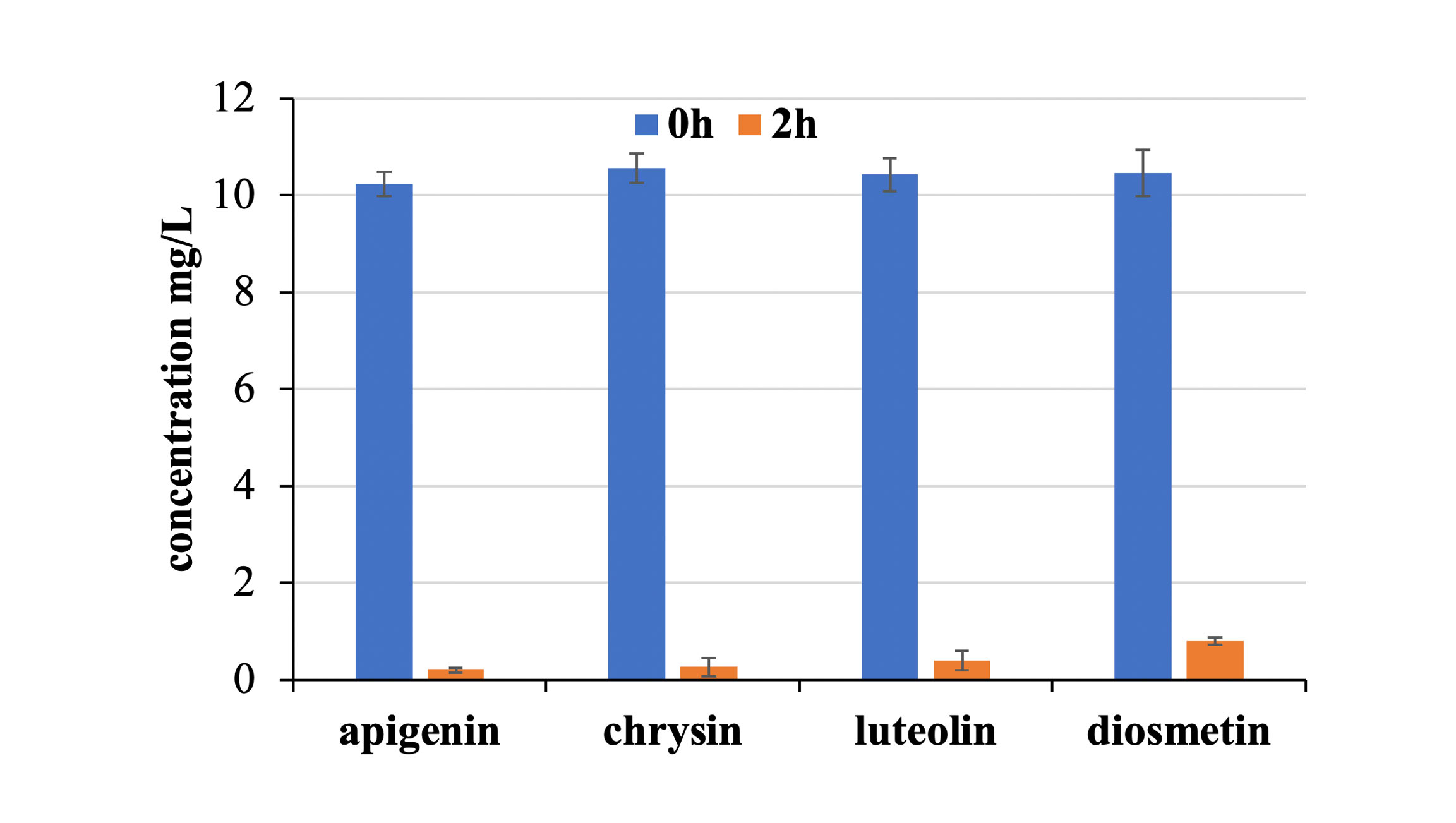 In figure 2, you could easily tell that all these flavonoids were almost degraded after 2 hours with only 1-7% left, which indicates the strong ability of our engineered E. coli to degrade flavonoids as we expected.

Above all, we could come to the conclusion that the FLR enzyme, as well as the engineered E. coli, is capable of degrading various flavonoids with a certain universality and practicability. In comparison, the degradability of FLR enzyme to these flavonoids could be ranked from greatest to least as apigenin > chrysin > luteolin > diosmetin.

Since the FLR enzyme showed a great ability to decompose flavonoids, we are looking forward to testing how the human body would consume with and without the FLR enzyme. What’s more, if the further experiment succeeds, we will probably try to add the FLR engineered bacteria into yogurt. Yogurt contains a large number of lactic acid bacteria, which themselves belong to acidic substances. After use, they can promote gastrointestinal peristalsis and food digestion. Yogurt helps in digesting food and FLR helps in digesting flavonoids. By adding it, we could make a health-care yogurt which is great for human health improvement.