Device Overview
With Detox-Spray, we aimed to produce a user-friendly, specific and environmental-friendly system to lower aflatoxins level in food. Current methods to remove aflatoxins from food often involve the use of heat, gamma rays and sorbent additives, which often leads to nutrient degradation. Detox-spray uses biological enzymes to degrade aflatoxins, this allows specific degradation of aflatoxins without compromising the nutrition value.

Concept of design
We plan to produce tvLac / FDR-A enzyme solution by adding a signal sequence (DsbAss / NSP4) to tvLac / FDR-A as shown below, so that the genetically modified E. coli will secret the enzyme to the culture medium.

However, due to the fact that the secreted enzyme will be readily degraded in room temperature and the culture medium cannot provide an optimum pH for tvLac / FDR-A, we revised our design by using dry, purified enzymes powder and mix it with buffer solution right before use.

With reference to the feedback from the integrated human practice, we aimed to produce a spray bottle which


Visual ideation and modelling
Our design takes reference to cleaner spray bottles, baby feeding bottles and blender mixing ball of protein shakers. We start with a 2D draft but it is not enough for us to actualize our product. To convert our design into an accurate 3D model, we use a professional CAD software - SolidWorks. This program allows us to design individual parts and check for interference, which saves time and reduces the number of trial-and-error when we want to make a prototype. 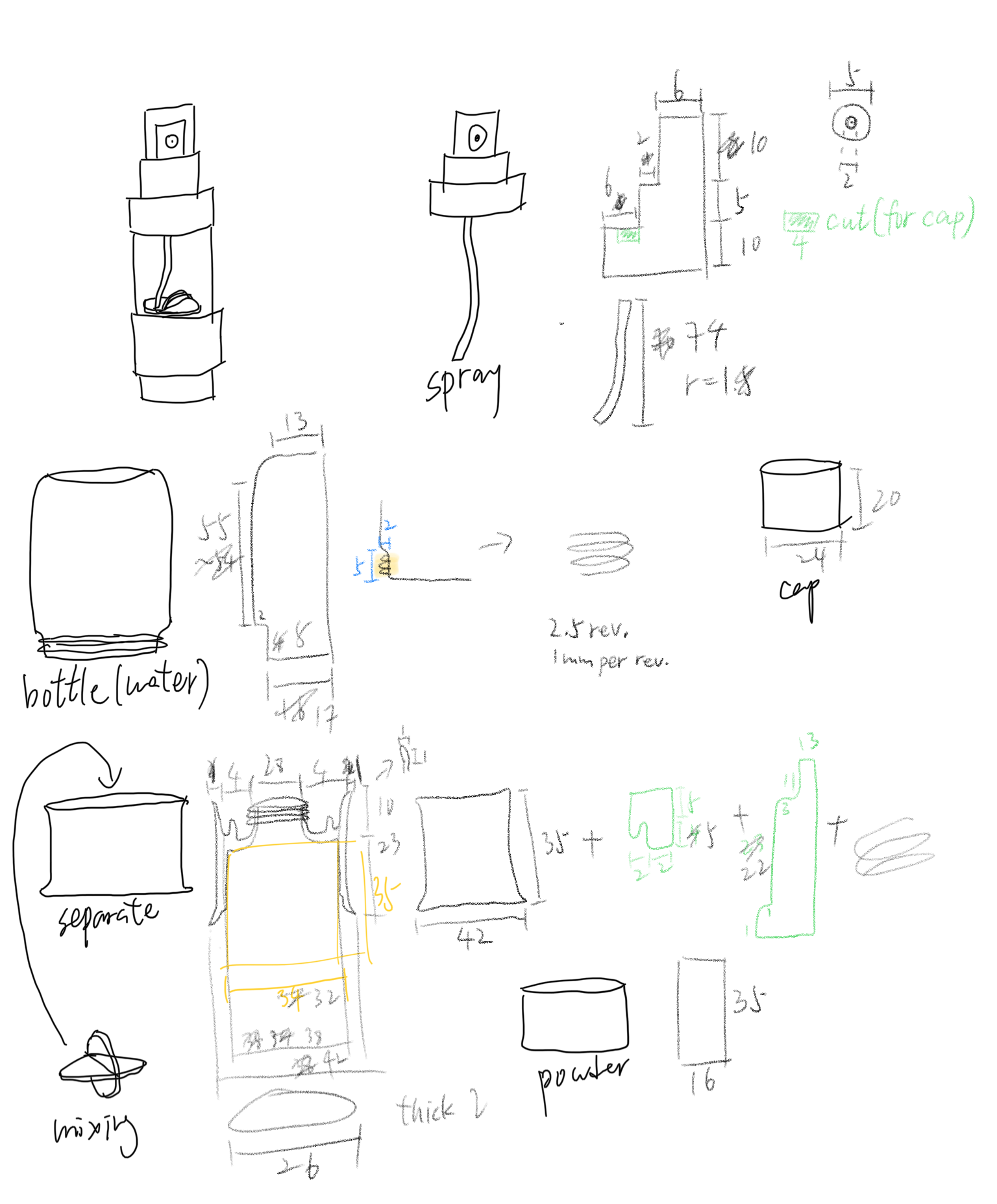 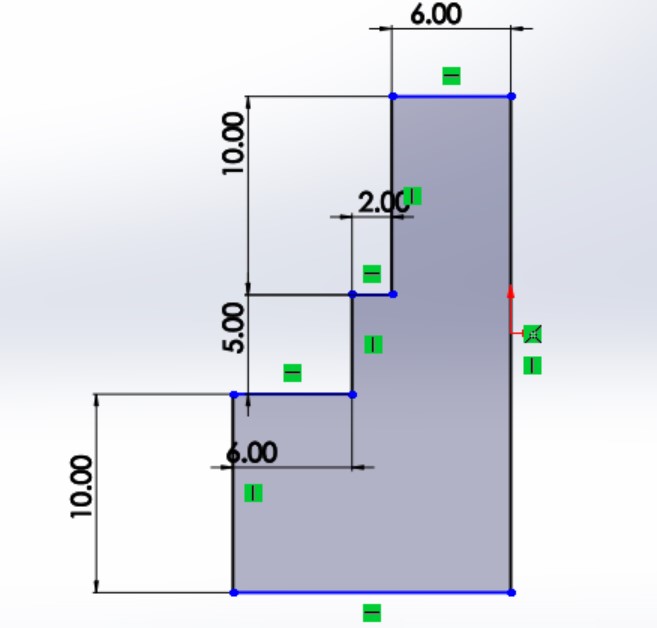 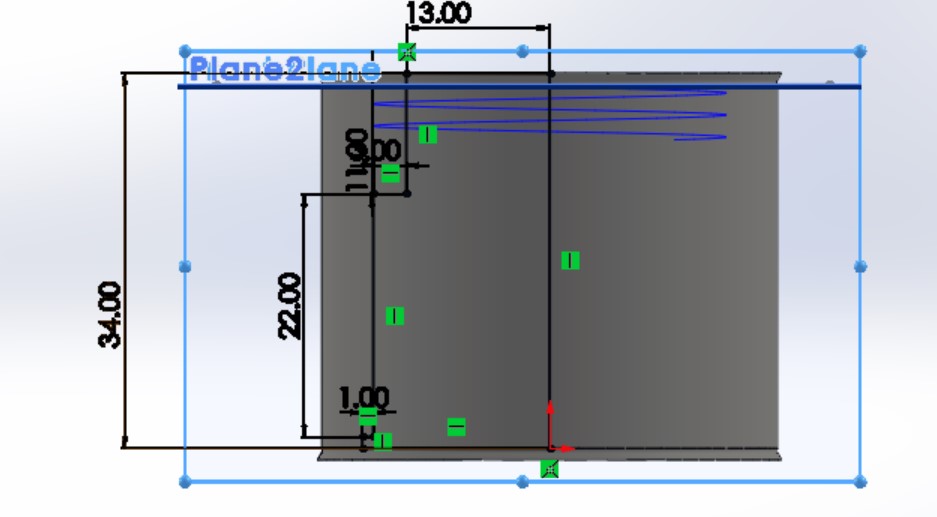 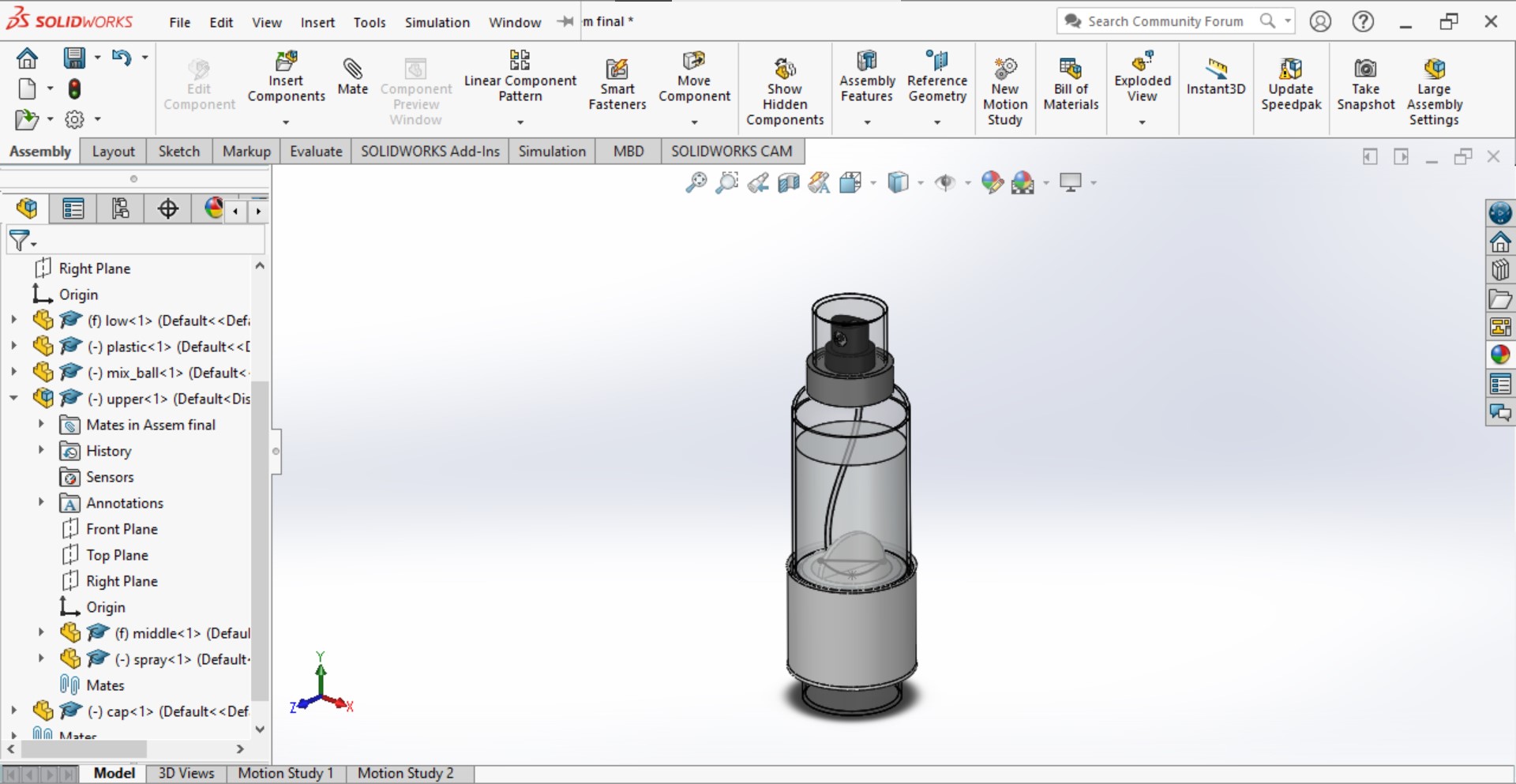 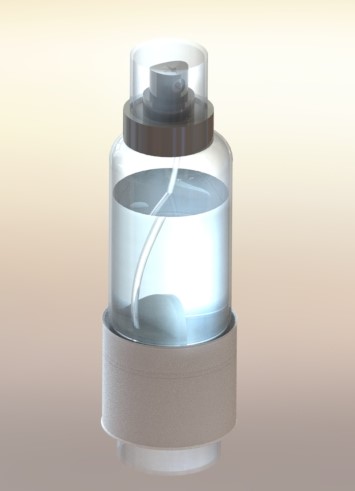 
Details of design
It is composed of transparent PET as it is durable and safe to use as food container. The bottle consists of a spray head and can store buffer solution. The buffer solution for the Laccase tvLav is 50 mM Citrate/Phosphate at pH 5 [1] and the F420-dependent reductases FDR-A consist of 10 µM F420, 2.5 mM glucose-6-phosphate, 0.45 µM FGD and 50 mM Tris HCl at pH 7.5 [2]. The bottom is threaded so it can attach to the connector tightly to avoid leakage. 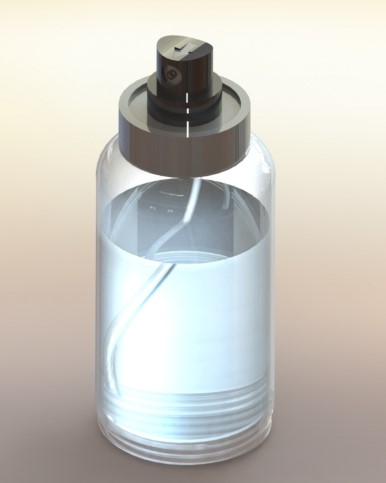 Left: Spray bottle. Right: Screw for attaching to the connecter


Connecter
It is designed to connect the spray bottle and the enzyme container. The inner lining is composed of a rubbery seal to prevent leakage while the outer shell is composed of PET. We choose rubber to be the material of the inner structure of the container because its shape can be changed easily when applying force to it. This will be the “release” mechanism of our device, which will be discussed below. 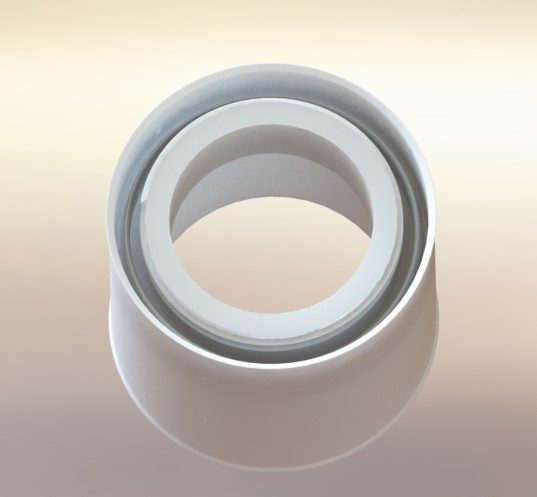 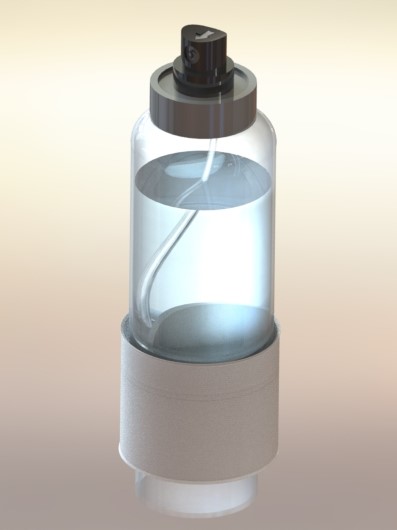 
Mixing ball
We employ the concept of mixing ball from protein shakers. With modification, the ball is placed at the center of the connector and acts as a seal. It is designed to be composed of hard rubber, so that it can fit perfectly and firmly with the connector to separate the enzymes and buffer before mixing. When force is applied to the connector, the mixing ball will detach and allow the mixing of buffer solution and enzyme powder. In addition, the shape of the ball is designed to whirl in the bottle, which helps mixing enzyme with buffer. 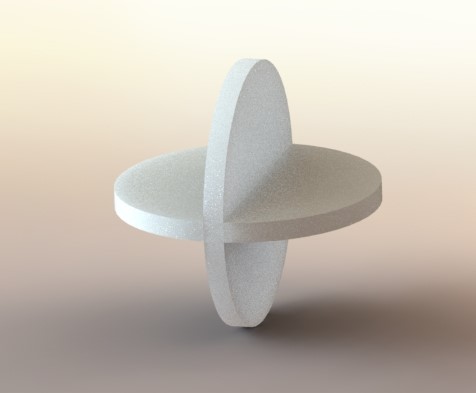 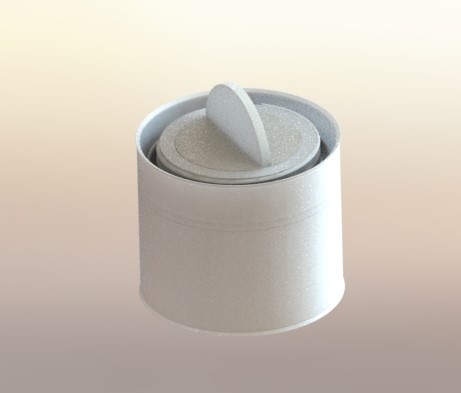 
Enzyme container
It is made up of PET and can store enzyme powder. It couples with the connector so that when the container is pushed upward, the mixing ball will be released and the enzyme can be mixed with the buffer. 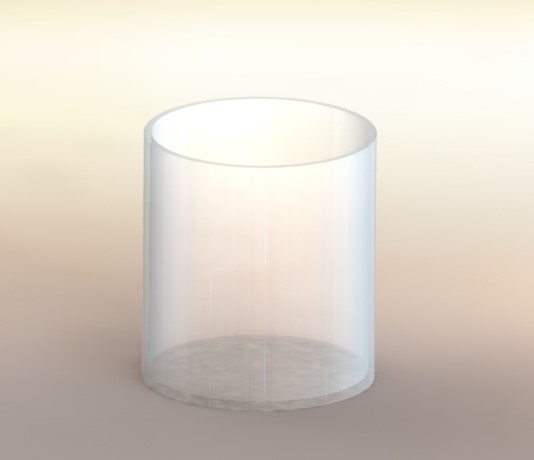 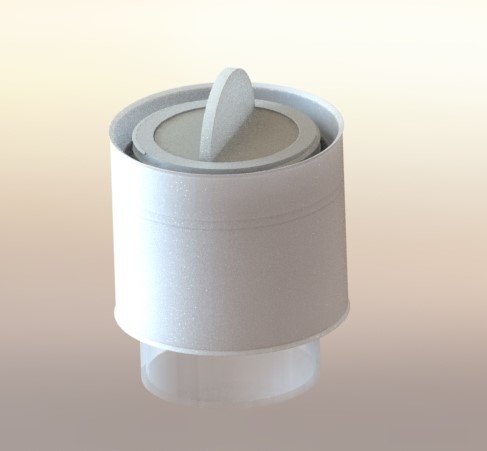 
Reusable design
The spray bottle is 100% reusable. We offer to collect the used spray bottle from customers to disinfect and refill it with the enzyme and buffer for a discounted price. This not only reduces waste, but also increases the customer's stickiness to the product.

Estimated cost of production
As we have drawn the actual size of the spray in SolidWorks, we consulted plastic product manufacturers in China for quotation. Since the price per unit is much dependent on the scale of production, the following estimation is based on the production scale of 10,000 spray bottle.

Why E. coli?
The reason for us to choose E. coli over non-aflatoxigenic A. flavus are:


Choose of E. coli strain
A century ago, Alfred Nissle discovered the famous E. coli strain Nissle 1917 (EcN), which could treat patients suffering from infectious diseases, such as inflammatory bowel disease (IBD) [6] and Ulcerative colitis (UC) [7]. Although several other probiotic strains such as Mutaflor, Symbioflor 2, and Colinfant are also discovered [5]. However, the literature on these strains are quite limited, so in our study, we choose to modify EcN. As we plan to use T7 promoter to drive the expression of our target proteins, we will be using a T7 promoter compatible EcN [8].

Design of the tvLac / FDR-A secreting parts
We plan to link tvLac / FDR-A enzyme with a signal sequence (DsbAss / NSP4) to instruct the modified EcN to produce, so that the genetically modified E. coli will secret the enzyme degrade aflatoxins in its surroundings. The use of the strong T7 promoter (BBa_I719005) can ensure tvLac / FDR-A to be produce in large quantity to maximize the efficacy of aflatoxins degradation.