The Michaelis constant (Km) is defined to be the substrate concentration at which the reaction rate is half of maximum rate at standard temperature and pressure. Catalytic rate constant (kcat) is defined as the maximum number of chemical reactions converting substrate to product in standard time. Km and kcat of TVlac and FDR-A were identified by literature search. Km and kcat for FDR-A on aflatoxin were found to be 47μM and 63min-1 respectively (Taylor, 2010) . Though TVlac was well known to degrade aflatoxin, the kcat for such reaction cannot be found in literature. However, Km and kcat for TVlac on ABTS (2,2'-azino-bis(3-ethylbenzothiazoline-6-sulfonic acid)) were identified and used for graph generation. (Km: 38μM; kcat: 446.7min-1) 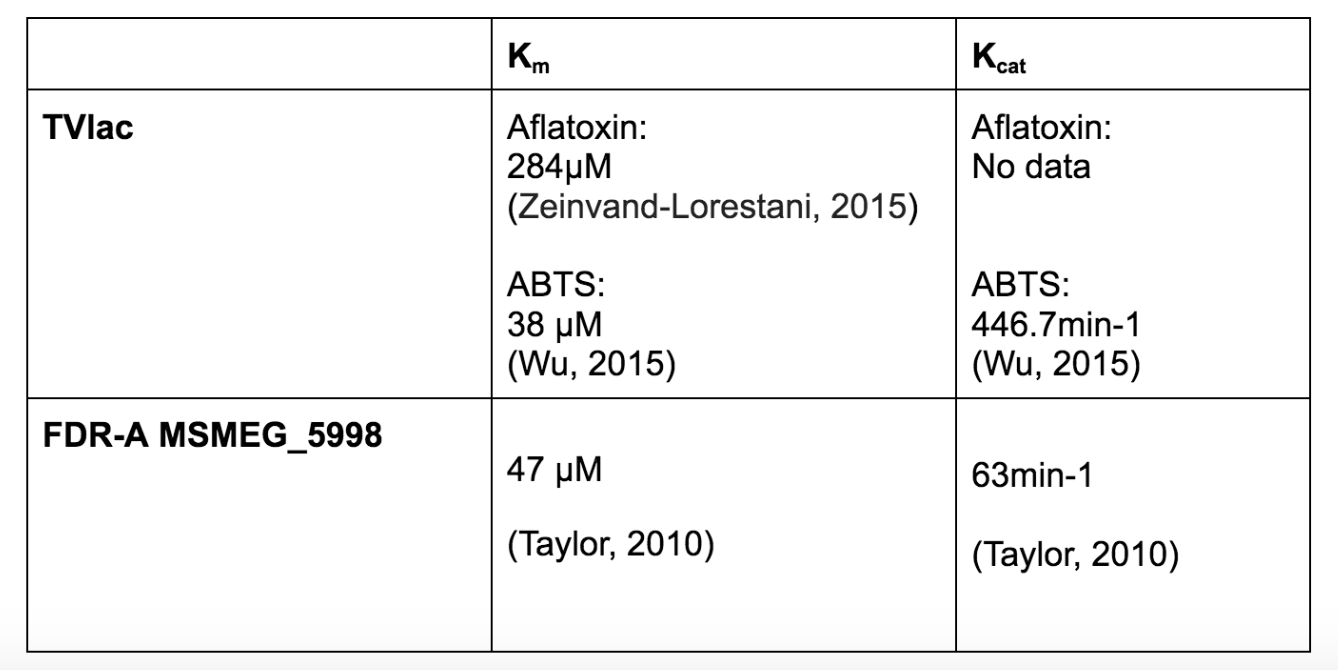 Comparison table of Km and kcat of TVlac and FDR-A 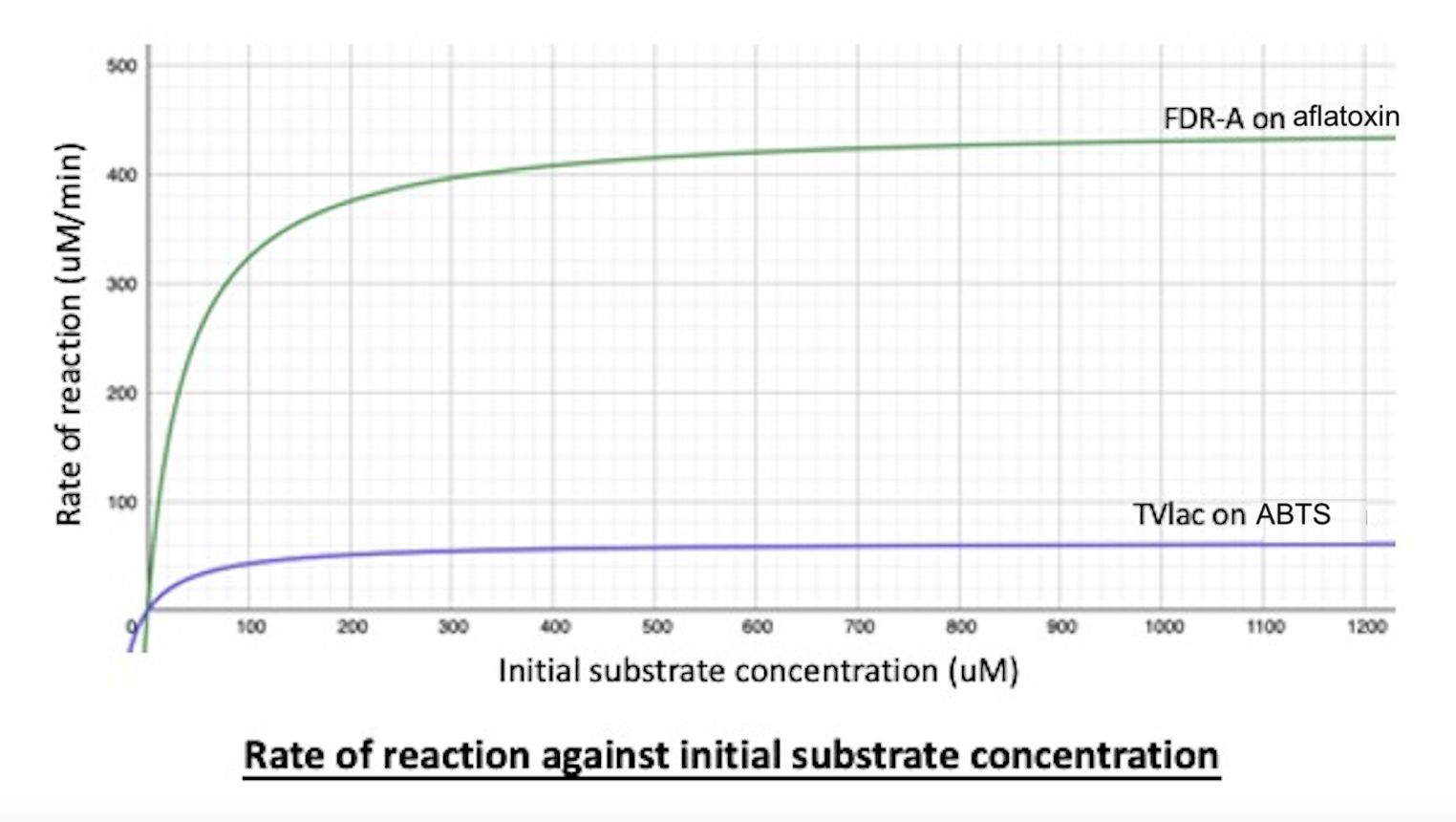 
The graph shows that the time required for FDR-A undergo aflatoxin degradation is much less than TVlac. 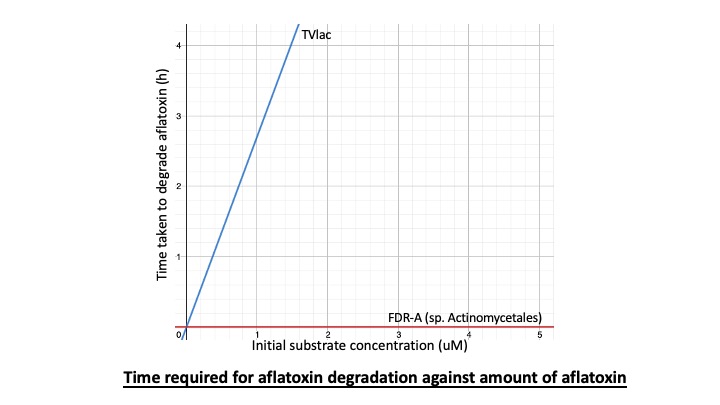 As a result, FDR-A is more preferred to be used in our final product. It is because it requires less time to degrade aflatoxin.