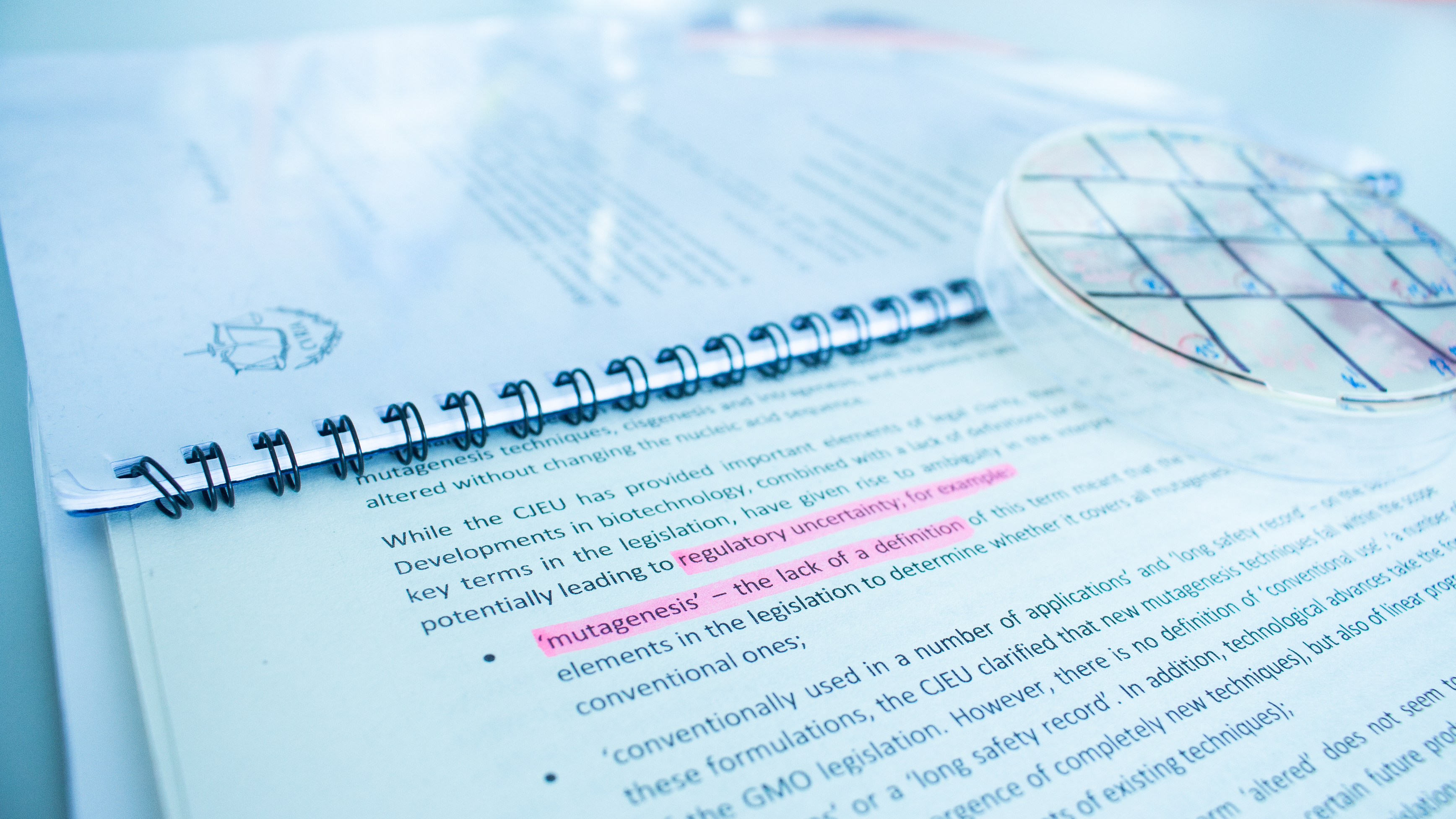 GMO regulation in the EU

We believe that the relationship between biology and law is very important, although not widely discussed. Regulations help to set up a safe environment during day-to-day work in the lab, including biosecurity and biosafety measures. They determine the selection mechanism for project funding as well. When a GMO product is to be commercialised, it has to go through an approval procedure (which is in some countries very rigorous and expensive). Law therefore impacts research to a significant extent and scientists should be aware of the lawmaking process and also have their say in it.

To be able to comply with regulations or influence them, firstly we need to understand them. That is why we decided to conduct an overview of the GMO regulation in the European Union and to help others understand it.

Michal Bobek has served as the Advocate General at the Court of Justice of the EU (CJEU) between 2015-2021. Role of the General Advocate in the court proceedings is to offer an alternative legal opinion, before the CJEU issues its final judgment. Bobek was appointed in 2016 to write his opinion on the groundbreaking case C-528/16, dealing with the question whether products obtained by new mutagenesis techniques (NMT, f.e. CRISPR) should fall under the exemption from the strict EU regulation, as is the case with X-ray mutagenesis. Despite Bobek's positive opinion, CJEU in 2018 denied this exemption for NMT and thus affected the entire European biotechnology sector. It is no surprise that this judgment has caused a big stir and is mentioned in many articles regarding the European regulation of GMO.

We invited Mr. Bobek for an interview to explain the background of the case and to share his views on the matter.

Links to the documents:

In its recent study, the EU Commision identified the 5 most important legal acts regarding GMO regulation in the EU. These are:

We have read these legal acts and wrote an overview article, which you can DOWNLOAD HERE. As it is good to have a basic knowledge of how the EU works, here are the brief notes:

For more information on the EU’s structure look here.

Following the judgment C-528/16, the member states asked Commision in 2019 for a study regarding the legal status of new genomics techniques (NGT). One of their concern was, "how to ensure compliance with Directive 2001/18/EC when products obtained by means of new mutagenesis techniques cannot be distinguished, using current methods, from products resulting from natural mutation, and how to ensure, in such a situation, the equal treatment between imported products and products produced within the Union".

Commision delivered its study on April 29th 2021 (https://ec.europa.eu/food/plants/genetically-modified-organisms/new-techniques-biotechnology/ec-study-new-genomic-techniques_en), including an assessment of the views of Member States and stakeholders via questionnaire. The conclusions include these points:

In the light of these statements, we may expect changes in recent regulation, particularly in the use of NGT in plants. However, political consensus and subsequent legislative changes may take years.