As the masses begin to pay more attention on human interest issues, food safety has gradually brought worldwide notice. In China, as well as several developing countries, one major food safety concern is the widespread use of gutter oil, also known as 'swill-cooked oil'. In order to solve this food safety problem, we are ready to use synthetic biology to find an environmentally friendly way.

Gutter oil refers to the inferior oils that are disposed as waste but illegally and unproperly recycled. Based on the source, gutter oil can be categorized into cooking oil recovered from food waste, deep frying oil recycled from drains, residual oil extracted from animal fat, and other types of inedible oil[1]. 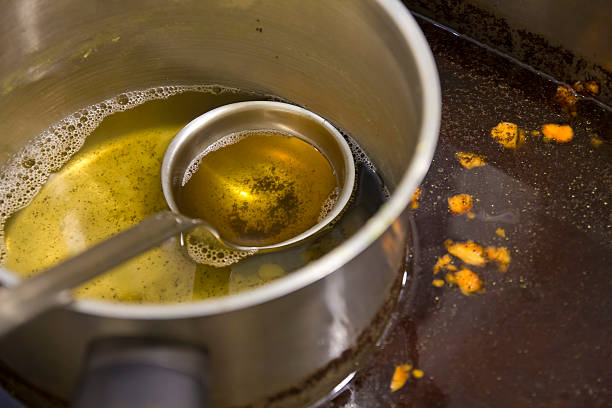 Gutter oil is non-edible oil with excessive peroxide value, acid value and water content. It seriously violates the relevant regulations of edible vegetable oil products no matter from its source, processing procedure and health indicator, so it does great harm to human body when it flows into the food chain[2]. In addition to the biological pollution, its chemical pollution is also an important manifestation of its toxicity, which can cause more acute and chronic harm to human body than simple microorganisms and viruses[3]. Mild symptoms include diarrhea, gastroenteritis, etc; severe ones can cause dysplasia and other lesions, and can even induce cancer[4].

The gutter oil crisis in China was first made known to the public in 2000 when a vendor was caught selling gutter oil extracted from restaurant garbage disposals. In 2003, People's Daily reported that two manufacturers of gutter oil were discovered by the Beijing Industry and Commerce Bureau and that over 2.3 t of gutter oil was seized[10]. But the public is still unaware of the seriousness of this problem. Driven by the high profits, the gutter oil industry continued to thrive and flooded in the nation. Most of the major serious cases of gutter oil manufacturing discovered from 2010[11] revealed that the industry had diffused its product to almost all central and eastern China.

In reaction to these incidents, the Chinese government has established a series of policies and laws to regulate the oil market, ban gutter-oil-related activities, and punish those who violate the laws. For example, the Food Safety Law of the People's Republic of China is one of the first laws that deals with gutter oil at the national level, in which Article 28(a) states that gutter oil is banned. Food Safety Committee was also established to regulate and supervise the local edible oil market. 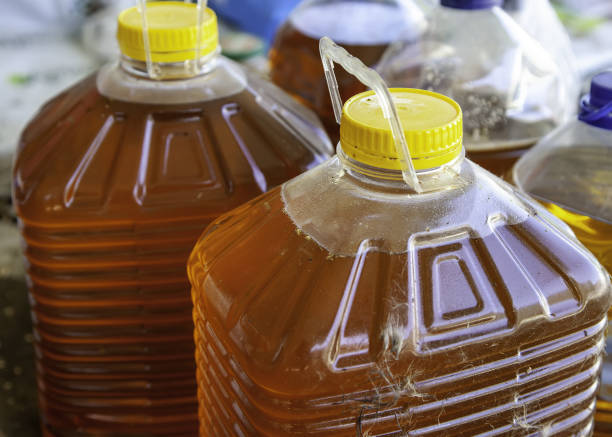 However, limited by the barriers of detection technology, the difficulty of management, public awareness, etc.[12-13], the gutter oil business is still ongoing. Till 2010, the news about illegal gutter oil decreased, which shows that this originally serious food safety problem has been greatly improved.

In the face of the safety issues of gutter oil, scholars and technicians in related fields have carried out a large-scale joint research on gutter oil detection technology[14]. In 2021, four instrument methods and three rapid detection methods for field use were initially determined. However, due to the multiple sources and complex components of waste oil, time and space limitation, there is still a lack of fast, non-destructive detection methods for oil samples in gutter oil detection. 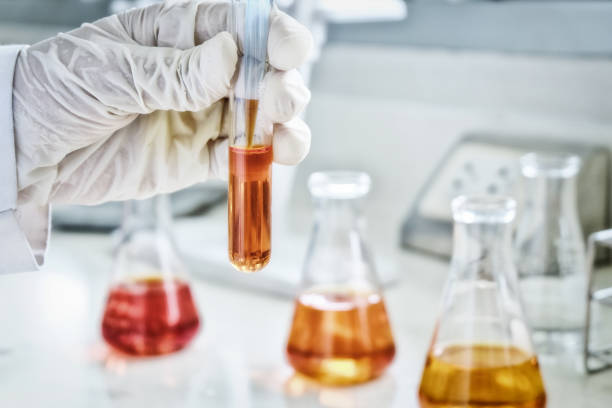 Producing biodiesel from gutter oil can not only effectively prevent it from entering the food chain and harming people's health, but also help solve the problem of energy shortage. The methods of producing biodiesel include physical methods (direct mixing and micro emulsion[18]), chemical methods (pyrolysis, esterification and transesterification[19]), and biological methods. Among them, enzyme-catalyzed transesterification has the advantages of mild conditions, small amount of alcohol and no saponification. However, due to the high price, easy deactivation and long reaction time, such a method is difficult to meet the requirements of large-scale production of biodiesel.

Gutter oil is esterified with solid acid to obtain glycerol ester. The glycerol ester is exchanged with methanol to obtain fatty acid methyl ester and by-product glycerol. The by-product glycerol is returned to esterification to become glycerol raw material. Then, bio lubricating oil can be prepared by transesterification with fatty acid methyl ester and trimethylolpropane as raw materials. In this way, the hidden danger of food safety is eliminated, and a new biodegradable and environment-friendly lubricating oil product is obtained.

Epoxy fatty acid methyl ester is a new plasticizer. The product is 100% made of gutter oil. It has the advantages of easy availability of raw materials, low cost and good performance, and so has a broad market prospect.

The main component of gutter oil is triglyceride, which can be saponified with alkali to make daily chemical products such as soap and washing powder. This technology not only reduces the cost of products, but also relieves the pressure of gutter oil on environmental protection.

In summary, the gutter oil problem still needs an effective, environment-friendly, and low-cost method. Our Worldshaper Nanjing team tries to converge gutter oil into usable oil like linolenic acid in virtue of Yarrowia lipolytica, a species of GRAS oil-producing microorganism. By designing different combinations of fatty acids degradation pathways, establishing corresponding engineering bacteria, and screening out the best, we confirm the bacterial strain with the highest percent concentration, as well as its optimum culture condition. We unearth and realize the potentials of gutter oil and converge it into linolenic acid, an active substance indispensable to human body that plays a vital role in health care. Turning waste into wealth, we are pioneers.