A PCR verification was performed to confirm whether the synthesized plasmid pET28a-VP7-LTB contains the correct gene sequences. According to Snap Gene data (Fig 1&2), gene for VP7 has 846 nucleotides (nt) and VP7-LTB has 1242 nt. Agarose gel electrophoresis was used to assess the PCR’s result. According to the 15000 bp DNA marker, the PCR amplified DNA fragments possess the desired right size. This verification was critical for our subsequent experiments—if the original plasmid was defective, every other plasmid constructed based on its DNA would have no chance of being right.

Figure 1 The genetic information of vp7.

Figure 2 The genetic information for fusion protein of Vp7 and Ltb. 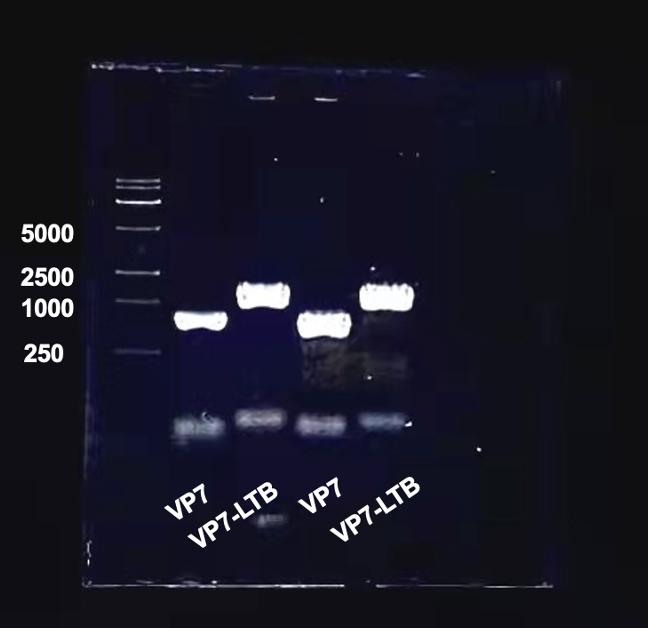 At this point we had two empty plasmid vectors (pET28a and pHT43-his) and two DNA fragments (vp7 and Ltb) awaiting to be inserted. To that end, we used 5 μL BamHI (a restriction enzyme) to digest and linearize the plasmid, making a specific site for fragment insertion . When BamHI was mixed with the plasmid vectors in a 10.5 μL Cusmart solution that created the chemical environment for the enzyme to function, it targeted its unique recognition sequence 5’-GGATCC-3’, cut this site open, and linearized the plasmid (Fig 4).

The two gel images demonstrated that we had successfully digested the plasmid vectors pET28a and pHT43-his. According to the standard ladder, linearized DNAs are consistent with their size and distinctively different to the controls.

NEBuider HiFi DNA Assembly is an effective method for the high-fidelity assembly of multiple DNA fragments. In our project, we used this technique to insert VP7 and VP&-LTB’s DNA to the linearized plasmid vectors through assembling both 5’ and 3’ restriction enzyme mismatches. In the first step (Fig 7), a 5’ to 3’ exonuclease activity created single stranded 3’ overhangs. These complementary sequences then annealed, creating the double stranded DNA of interest. A high-fidelity DNA polymerase then extended the 3’ ends, filling in the gaps, and a DNA ligase sealed the remining nicks. The end products were four complete circular plasmids-pET28a-VP7, pET28a-VP7-LTB, pHT43-His-VP7 and pHT43-His-VP7-LTB—that could be used for direct transformation. 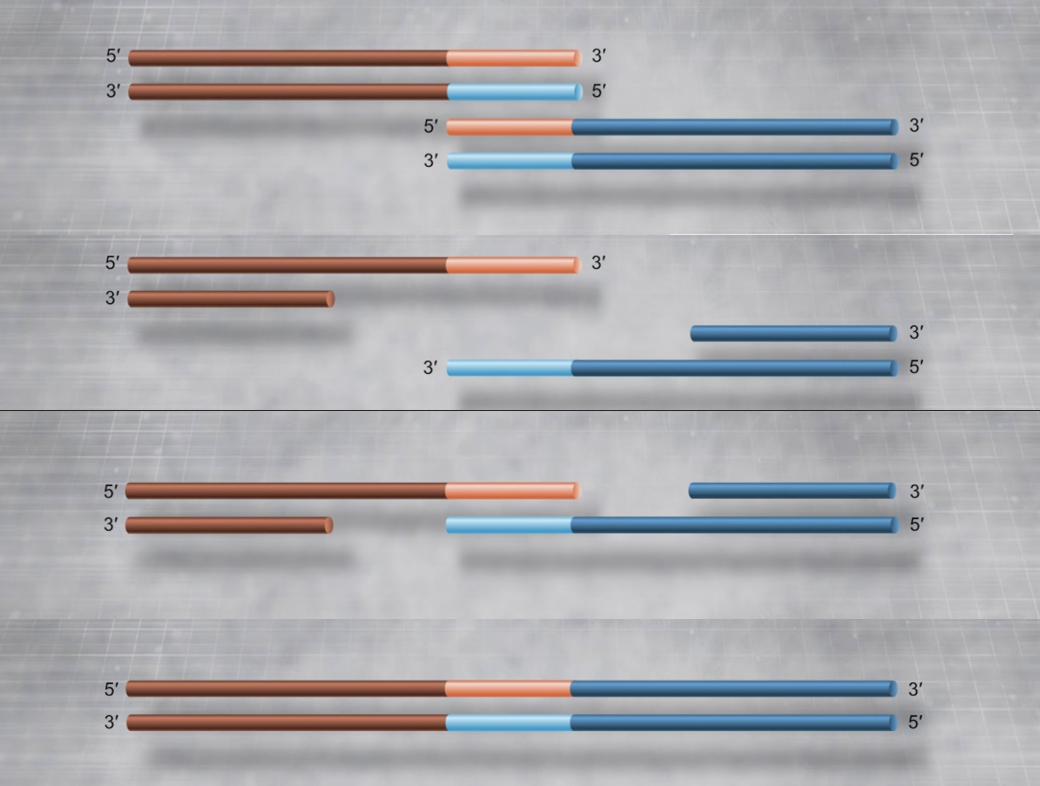 After completing restriction enzyme digestion and ligation, we had transformed the new plasmids into different cultures of E. coli BL21 for cloning. Additionally, we also transformed the empty plasmid vector pHT43-HIS into WB800N through electroporation instead of normal processes. We then performed a colony PCR to verify if the two types of bacteria contain the target plasmids.

All gel images are the proofs that our target plasmids have been amplified from the DNA template, which indicates that they have been successfully connected to the cell’s DNA. Furthermore, It can be identified that some lanes have gene bands substantially thicker than the others. This tells us that the amount of DNA amplified in each sample is different. This is caused by the difference between cell cultures from which the DNA template is extracted from. Whether the template is exactly 1 μL can also influence the result.