For this project, our team has been extensively working on outreach and public awareness for vitamin D throughout the project in the Human Practices team. This team has been involved with the project even before the project idea was decided, as we held multiple open house awareness events from January through to May within our university and to the public to inform them about what IGEM is and about what our team does. During these open houses, we brought up project ideas that we brainstormed and asked the public what their thoughts and opinions were for the different ideas. In the Human Practices team, we then incorporated this input to chart the course of the brainstorming process and factored it in when deciding on a final project idea.

The Human Practices team also conducted an extensive literature review, where we determined that vitamin D deficiencies were an important issue in rural healthcare, and this was relevant to us as we are in northern British Columbia in Canada. We also determined that the average cost of a vitamin D deficiency test in British Columbia ranges from $61 to $951, and that the cost was the main reason that vitamin D tests are rarely prescribed. We also discussed the issue of Vitamin D deficiency with physicians and medical students in our local community to gain a deeper understanding of the issue.

Once the idea of creating a cost-effective vitamin D detection system was unanimously agreed upon by the team, we then started public outreach education efforts. We reached out to secondary schools across Northern British Columbia and held 1-hour sessions in senior science and biology classes where we talked about what we do in iGEM, to foster interest for future scientists. Additionally, we worked with our University’s Active Minds program, which is designed to teach young children about science. In this program, we presented on Vitamin D and its importance on health. We also constructed a Synthetic Biology Coloring book and Experiment Activity Book for children and distributed them to over 50 elementary schools across Northern British Columbia. 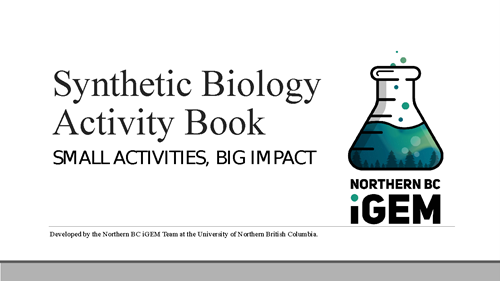 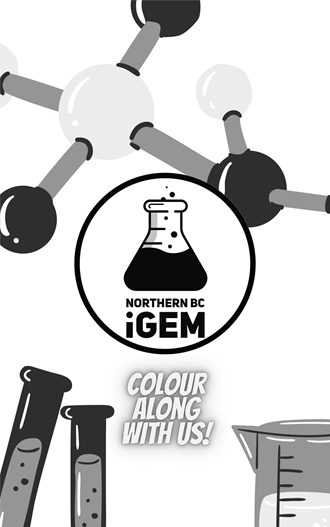 Throughout the project, the Human Practices Team worked closely with stakeholders and provided updates as well as took feedback to incorporate into the course of the project, and modified the lab work accordingly. Additionally, we started a Tik Tok channel to promote synthetic biology and give facts about vitamin D, and the channel gained over 45,000 total views!