The invention and application of antibiotics are the crystallization of human wisdom and technological progress. It can kill bacteria or inhibit the growth of bacteria, thereby preventing bacteria from causing adverse reactions to the human body and inhibiting body infections. However, with the excessive use of antibiotics, the emergence of "Super bacteria" poses a serious threat to humans and the environment. Finding, researching and applying safe and efficient antibiotic substitutes is an effective way to solve the problem of antibiotic abuse.

There are many alternatives to antibiotics, of which antimicrobial peptides (AMPs) are considered to be one of the most promising alternatives to antibiotics. E. coli is a host widely used for the production of AMPs. However, due to the toxicity of AMPs to microorganism, the expression of AMPs in commonly used microbial expression hosts is hard. This is a recognized obstacle that needs to be resolved and one of our main challenges.

In order to increase the production of various AMPs, iGEM NNU-China 2021 has constructed a BL21 (DE3)-derived mutant strain library with different RBS sequences of T7RNA polymerase through the technology of Base editor and CRISPR-Cas9 respectively.

Reasearches have shown that the CRISPR-Cas9 system can obtain 87.5% of the theoretical value variants in one edit. In addition, we have constructed a high-throughput host screening platform for AMPs production, and it only takes 3 days to obtain the best expression host for specific AMPs production. As a proof of concept, the yield of ten difficult-to-express AMPs has been greatly improved.

This year, we are committed to the development of high-quality alternatives to antibiotics-AMPs, and hoping to use AMPs to solve the environmental problems and the drug resistant bacteria problems caused by the abuse of antibiotics.

In addition to exploring the practicability and feasibility of AMPs, we constructed a BL21 (DE3)-derived mutant strain library with different T7RNAP RBS sequences through the genetic tool of base editor OR CRISPR-Cas9, and quickly screened the most suitable AMP expression hosts through this library (Fig. 1). After nucleophilic purification and enzyme digestion, high purity AMPs can be obtained.

We hope that our technology can be applied in factories, hospitals, aquaculture and other fields. It can not only replace antibiotics with AMPs to solve a series of safety problems, but also produce AMPs quickly and conveniently.

One of our target users is manufacturers of AMPs or fermented proteins. The advantage of our project is to construct an E.coli library to quickly screen the optimal growth rate of the hosts and synthesis rate of AMPs. In theory, the optimal production of AMPs can be screened in as fast as 3 days and the operation is convenient and fast. These high-yield hosts can be directly used in the fermentation production of AMPS, and after downstream separation, purification, concentration, freeze-drying and other steps, AMP preparations can be produced and used in agriculture, medicine, food and cosmetics industries. The whole flow chart of AMPs production in factory has been designed (Fig. 2), providing a detailed guide. 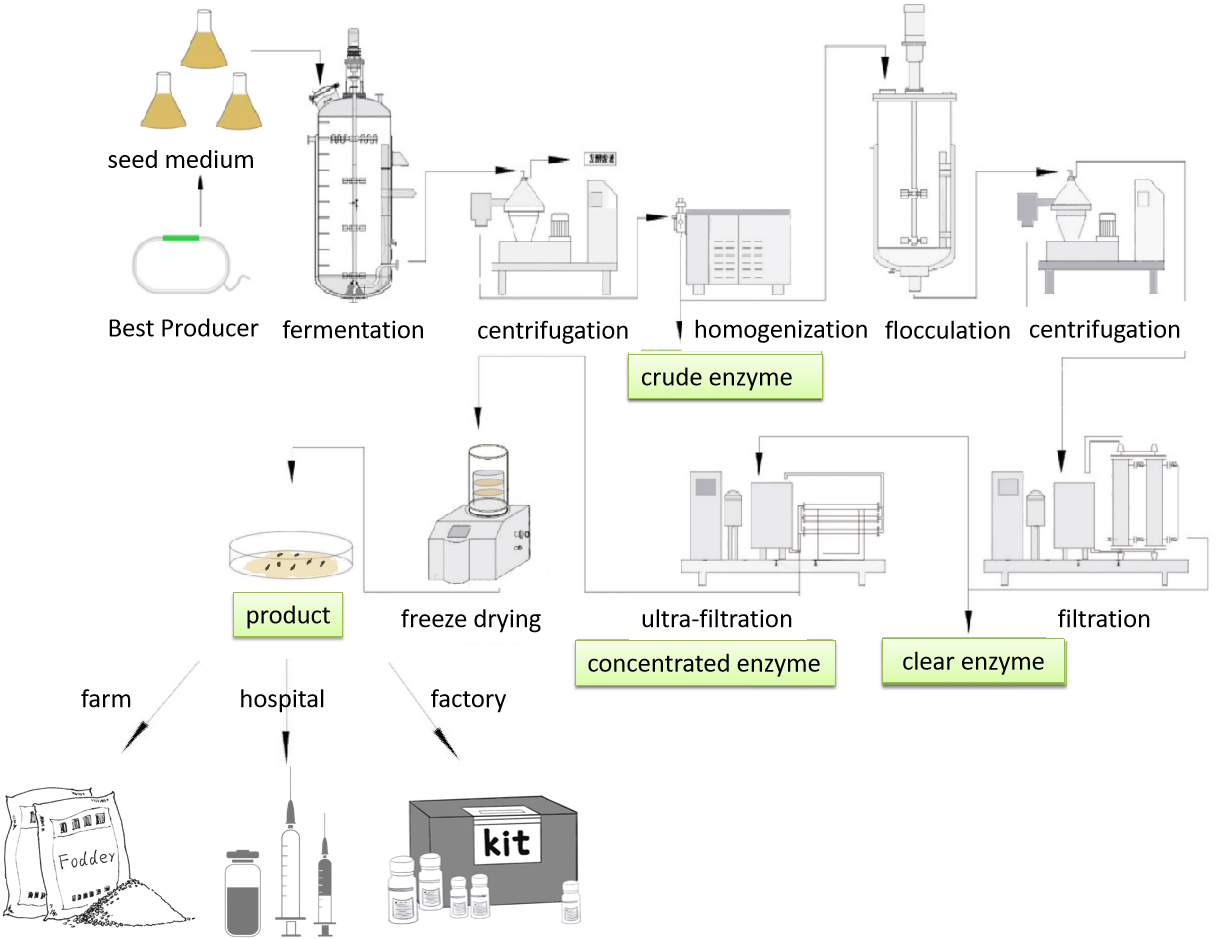 Fig. 2. The whole flow chart of AMPs production in factory.

Hospitals are also one of our target users, because compared with traditional antibiotics, AMPs have a broader spectrum of antibacterial activity and rapid bactericidal ability, and are not easy to cause drug-resistant strains. At the same time, due to its antiviral and antitumor activity, it also has an irresistible clinical application prospect. The development of peptide antibiotics, antitumor drugs, and antiviral drugs will bring immeasurable practical significance to the development of medicine and health and disease treatment. The successful application of AMPs in the treatment of intracellular infections, however, remains a challenge because of their low penetration efficiency into the pathogen's intracellular niche.

Medicine delivery systems play an important role in increasing the efficacy while reducing the off-target toxicity and antibiotic resistance. Various established delivery systems, such as liposomes, poly (lactic-co-glycolic acid) (PLGA) nanoparticles, hyaluronic acid (HA) nanogels, mesoporous silica nanoparticles and gold nanoparticles have been employed for the delivery of AMPs. However, the intrinsic toxicity of these vehicles, and the complexity in producing and loading them with AMPs have limited their further application.

Therefore, we extended our goal in this project to design the tumor-targeting photoresponsive AMPs delivery system (Fig. 3). The AMPs was loaded into mesoporous silica nanoparticles (MSNs). The final MSN@Cy7-PA-C1b nanoparticles were further wrapped by graphene oxide (GO), and then folic acid was conjugated to the surface of the MSNs for targeting purposes. GO can effectively transduce near infrared (NIR) light into heat in tumor sites, which makes it a promising substrate biomaterial that could act as a photothermal switch for controlling the release of antimicrobial peptide. Folic acid (FA) is an effective target for targeting cancer cells due to its specific and efficient binding affinity for folate receptors (FRs) on several common human cancer cells. We hope to use this system to achieve efficient delivery and intelligent release of AMPs in human, so there is no doubt that the medical field will be one of our target users.

We choose farmers as the target user because the AMP products have broad-spectrum antibacterial effects, and have the functions of promoting growth, health care and curing diseases for livestock and poultry. AMPs are easily digestible and absorbed amino acids, which can be used as livestock and poultry feed additives to replace or partially replace the antibiotics currently used in feeding animals, reducing the harm of antibiotics to the animal body. So they have the potential to become environmentally friendly feed additives with no toxic side effects, no residues, and no drug resistance risks. At the same time, AMPs can perform their functions in the process of feed preservation, maintain feed quality and extend the storage period.

The leakage of BL21 (DE3) from the laboratory may have an impact on natural environmental microorganisms and humans.

1) Up to now, there is no evidence shows it pose risks to humans.

2) When E. coli finished work, we will sterilize the culture through high temperature and high pressure, and then dispose the waste according to the requirements of relevant departments. So, they will poses no harm to individuals or the environment and does not use any other organism.

According to the implementation regulations of the Drug Administration Law of the People's Republic of China, it is compulsory to apply for permits and approvals to ensure the legitimacy of our activities. Thus, we must develop a good knowledge on the related application process, and gain familiar with communication channels with the administration departments.

Data shows that the harm caused by antibiotic resistance has spread all over the world. As an ideal antibiotic substitute, the antimicrobial peptides we produce are eagerly expected to be put into factories for large-scale production and used in medical, agriculture, food and other industries. To ensure the productivity and feasibility of our project in the real-world applications as mentioned before, it is essential for us to do a lot of simulation testing and verification to ensure the safety of animals and humans. (We will follow the safety and responsibility rules of iGEM and will NOT do any in vivo experiments within the regulation scope of iGEM Competition)