We have constructed an enzyme-constrained model of Escherichia coli (BL21) to guide the production of antimicrobial peptides.

The choice of the basic model:

The format conversion of model:

Since the downloaded model iECBD_1354 is written by COBRA toolbox, and the GECKO toolbox, which used for the construction of enzyme-constrained model, requires a model written by RAVEN toolbox. The original model needs a format conversion.

2. Output the model of EXCEL foramt:

The modification of basic model:

To make the model can be directly read and calculated, it is necessary to remove certain unnecessary, repeated data, modify the format of the data, and amend the results according to our experiments’ results.

(5) Splitting the format of biomass equations, from one reaction into nine reactions:

Since the initial model does not contain the associated reactions about SMAP protein synthesis, we have introduced the synthesis pathway of antibacterial peptide SMAP into the original model.

We first downloaded the sequence of SMAP protein from NCBI. Then the composition of 20 proteins in the sequence was count (Table 1).

We combined with the molecular weight of amino acids, we continually calculate the proportion of amino acids in the SMAP protein according to the equation 1.

Then, we get the synthetic reaction of SMAP:

In addition, the transport and exchange reaction of SMAP is introduced:

The construction of enzyme constraint mode

Standardize the data of gene series of E. coli downloaded from Uniprot and KEGG database so that they can be used in the construction of enzyme-constrained model.

Since there is only data on MG1655 in KEGG, we compared the genome of BL21 with MG1655 by BLAST method. Then replaced the MG1655 genes by BL21 genes according to their similarity. 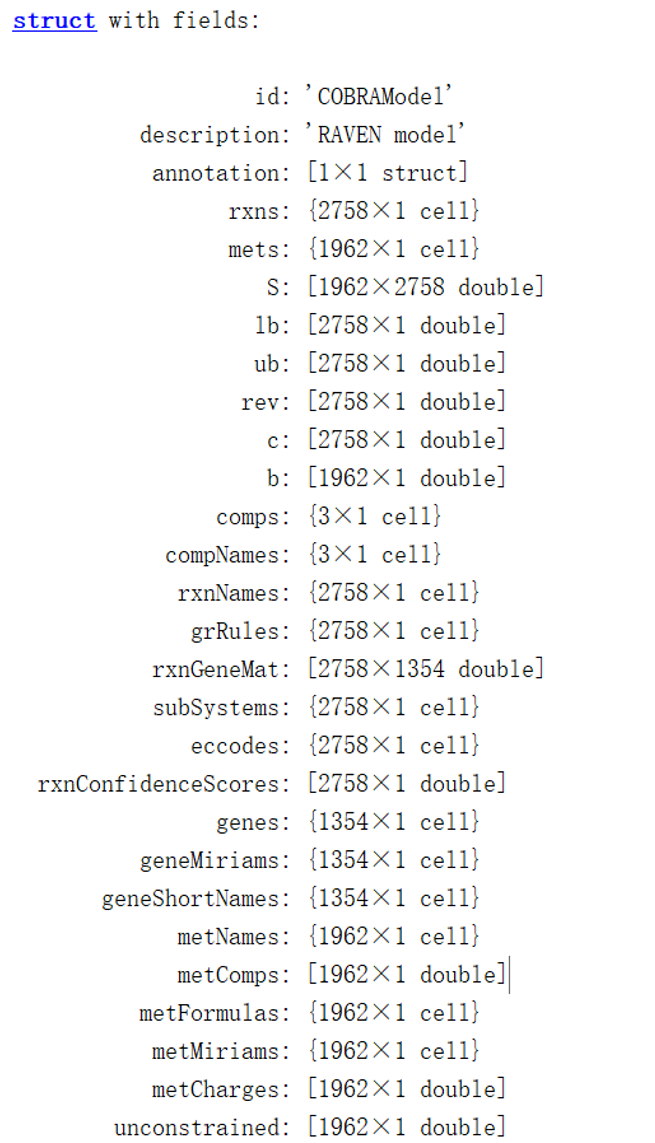 Matching the gene within the model with the data collected by Uniprot and KEGG database, which includes information about substrates, productions, EC codes, molecular mass etc. that are involved in biochemical reactions (Fig. 2) 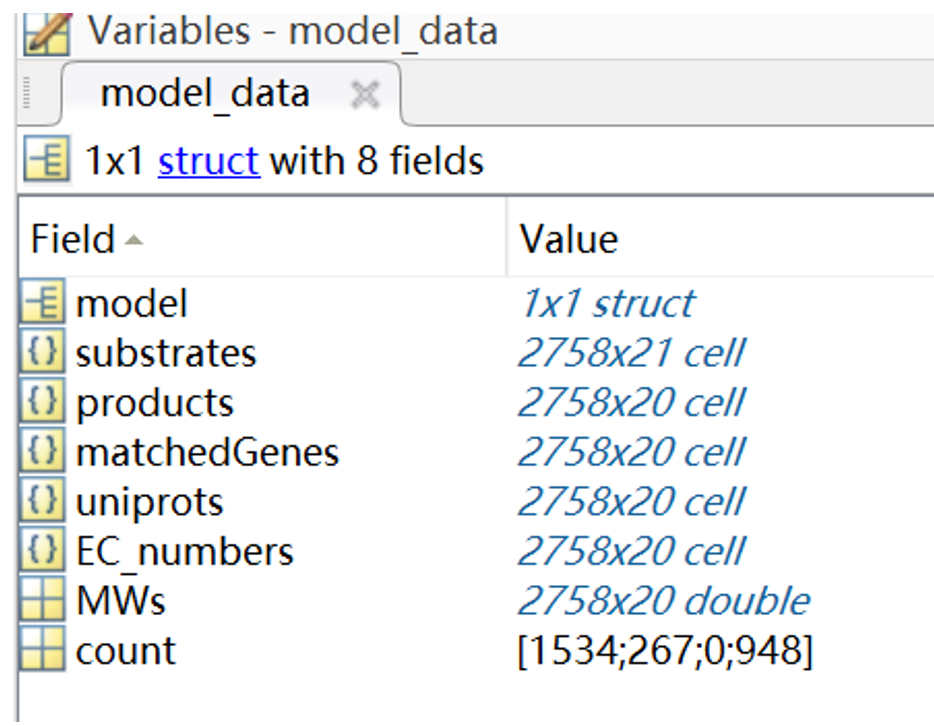 Fig. 2. The enzyme data generated by Uniprot and KEGG

Using this command, the extraction of kcat number from the collection of data is achieved (Fig. 3).

This command achieving the match of kcat number with the model (Fig. 4)

Modifying the model by operating this command, and the results shows that a series of duplicate reactions have been removed (Fig. 5). 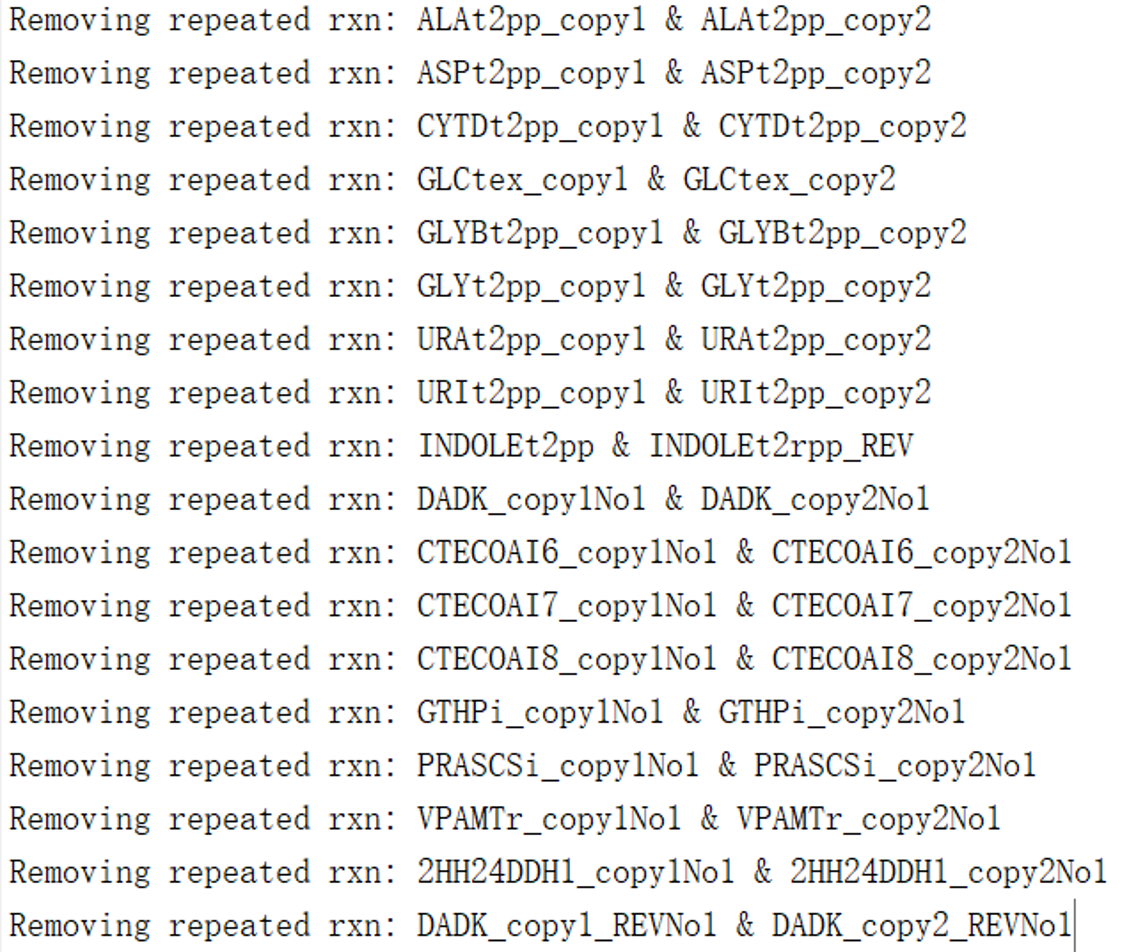 Fig. 5. The modification results of ecModel

According to the literature mining results, the maximum growth rate of E. coli on minimal glucose medium was 0.77 h-1, while the on minimum acetic acid medium was 0.22 h-1[1].

(3) Due to the lack of index of protein content modification, the default value of 0.5[3] is used.

(4) Other parameters used for the construction of enzyme constrained model: 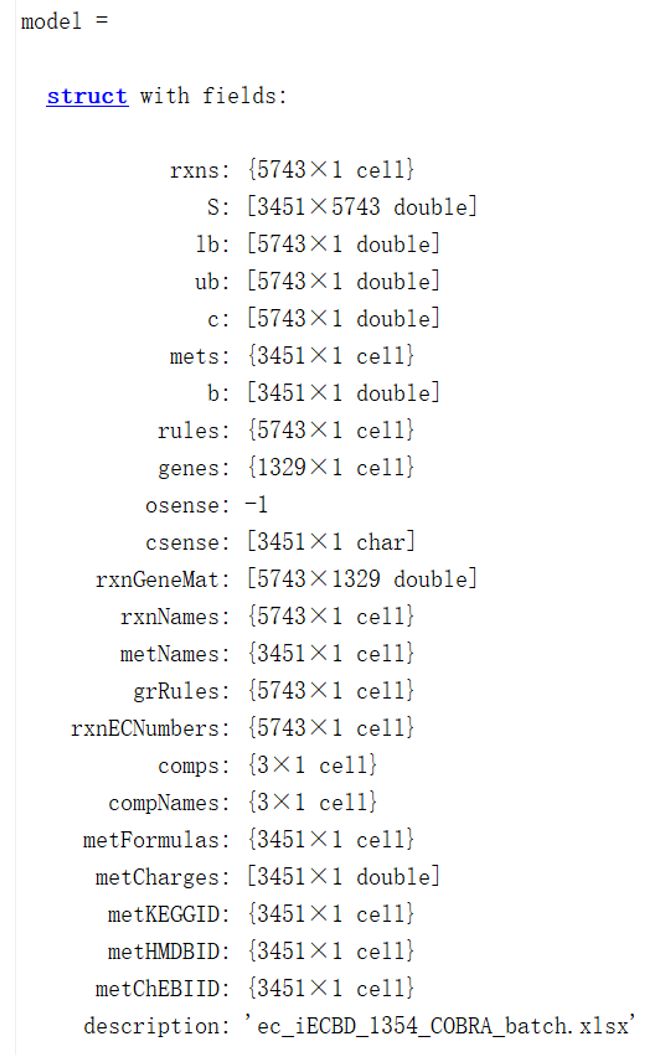 Analysis of properties of the enzyme-constrained model

Detailed information about ec_iECBD_1354 was listed in Table 2.

The verification of enzyme-constrained model

To verify the accuracy of enzyme-constrained model ec_iECBD_1354, we calculated the ability of using 14 kinds of carbon sources. Compared with other methods, the Pearson correlation coefficient (PCC) of the enzyme constraint model is 0.65 (p-value = 0.012), which is higher than other methods, except the MOMENT method (Fig. 7). 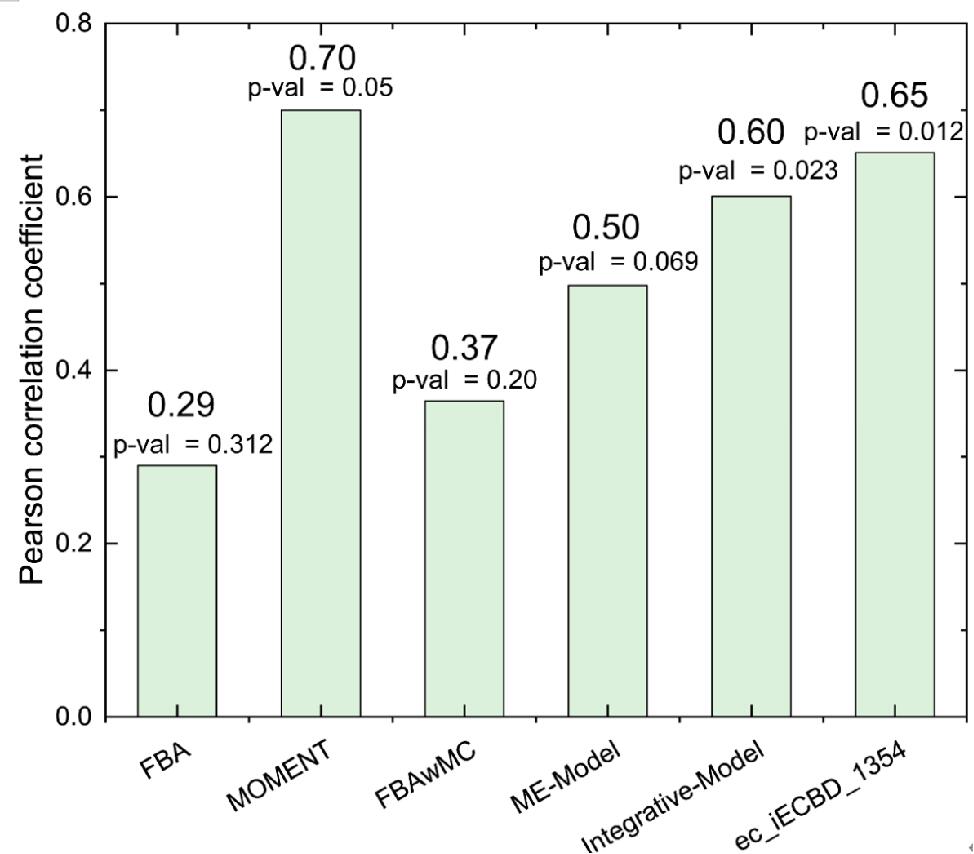 In addition, we simulated consumption or production rate under different dilution rates, and the results were good agreement with experimental data (Fig. 8). 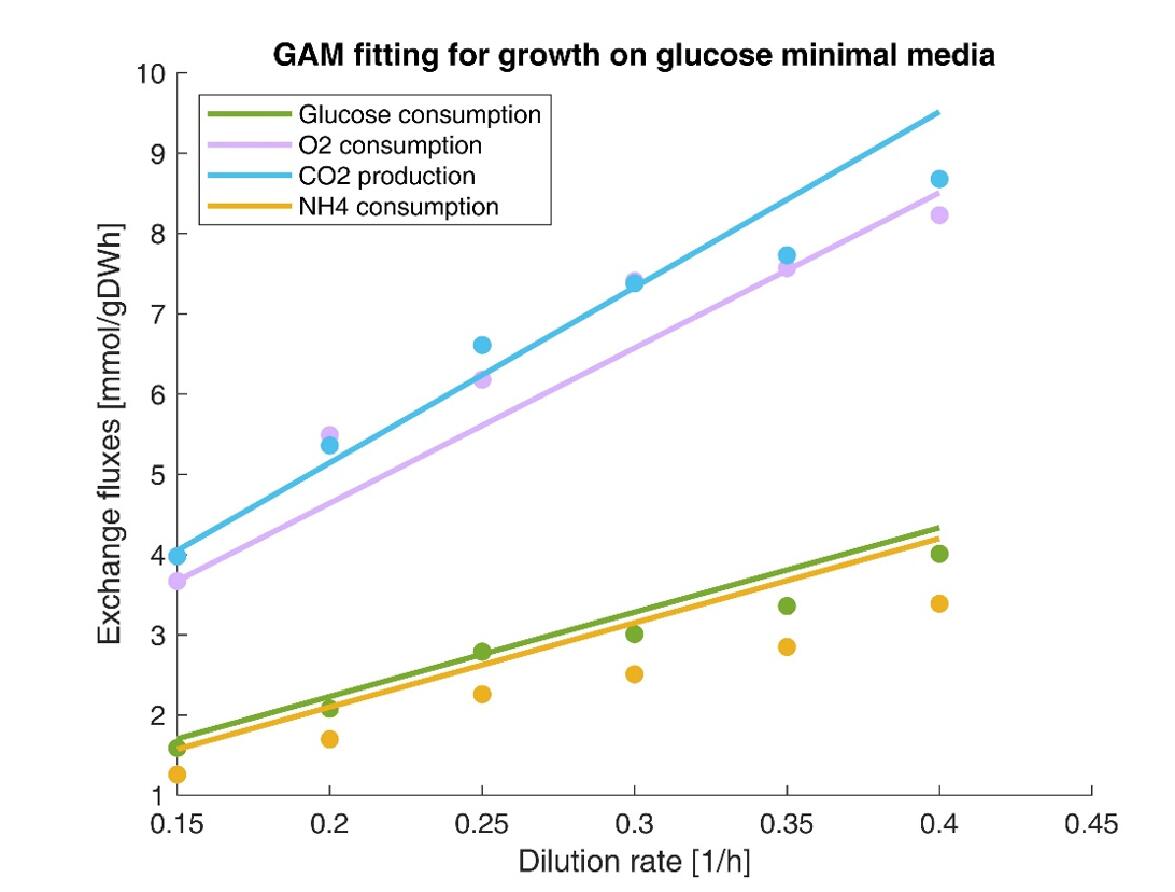 After the verification of model ec_iECBD_1354, we further used it to identify the targets, which can improve the synthesis of SMAP protein. When comparing the differences of protein demand between cell growth stage and product synthesis stage, 7 proteins were identified as top-demand, which need to be up-regulated. While 21 proteins were classified as defined as reduced demand, which need to be down-regulated (Fig. 9, Table 3, Table 4). 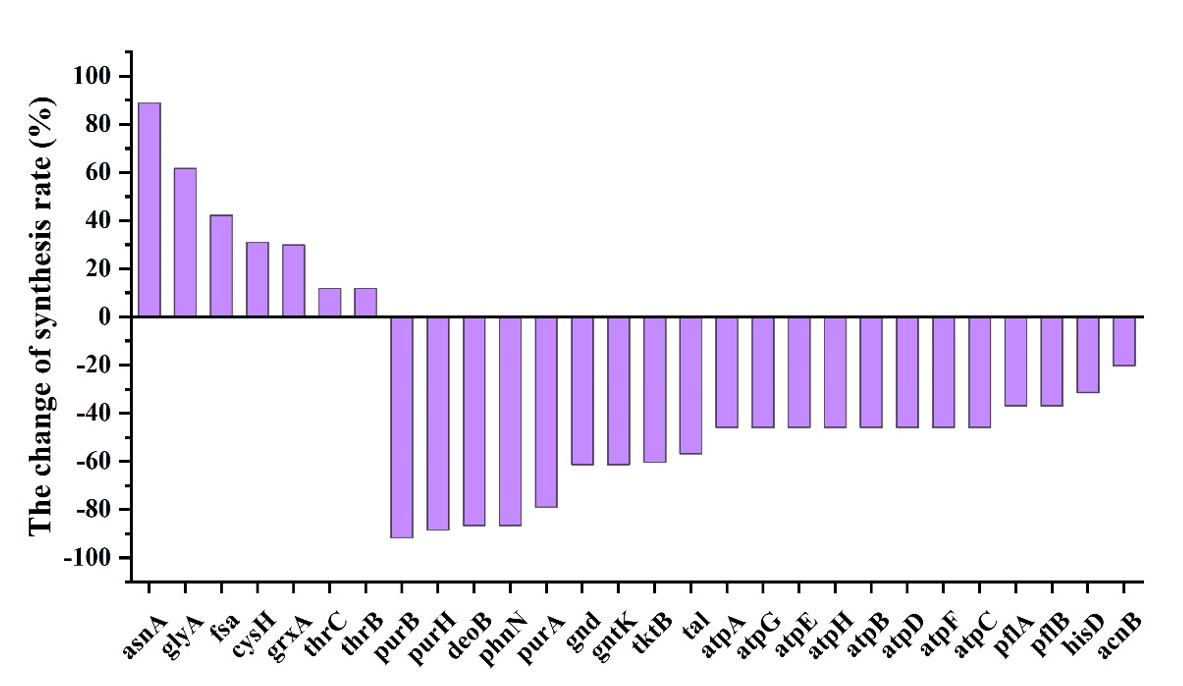 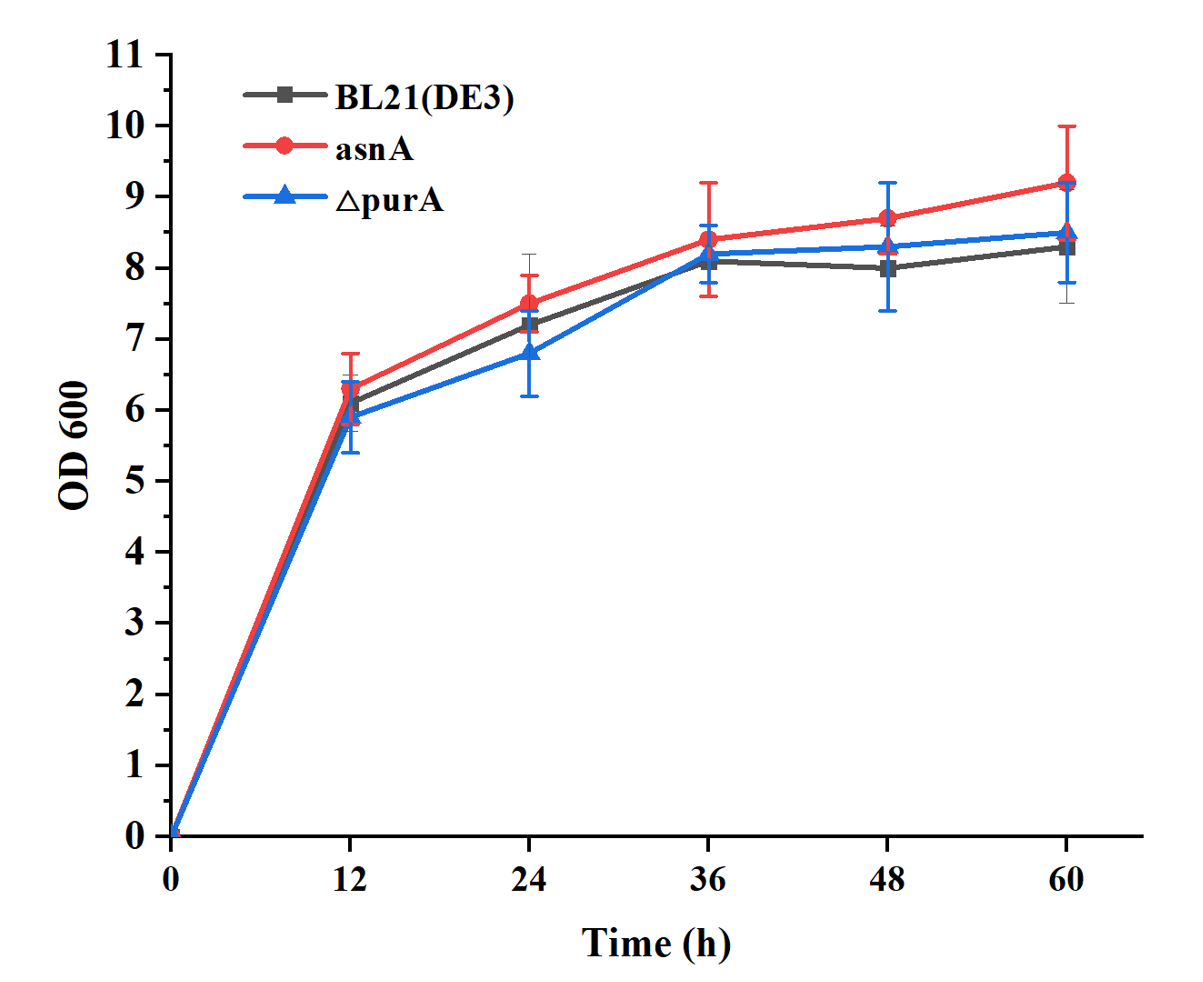 Furthermore, engineering strains asnA and △purA were tested for the expression of AMPs. When overexpressed the AMPs of SFa and SMAP, two engineered strains showed advantages over the wild strain (Fig. 11). The expression of SFa was increased by 53.5% and 150% in asnA and △purA strains, respectively. The expression of SMAP was increased by89% and 63.3%, respectively. These results show that asnA and purA gene can be used to further regulate the production of AMPs, and which also prove that the model has certain accuracy and reference value, which can provide prediction for improving the production of AMPs. 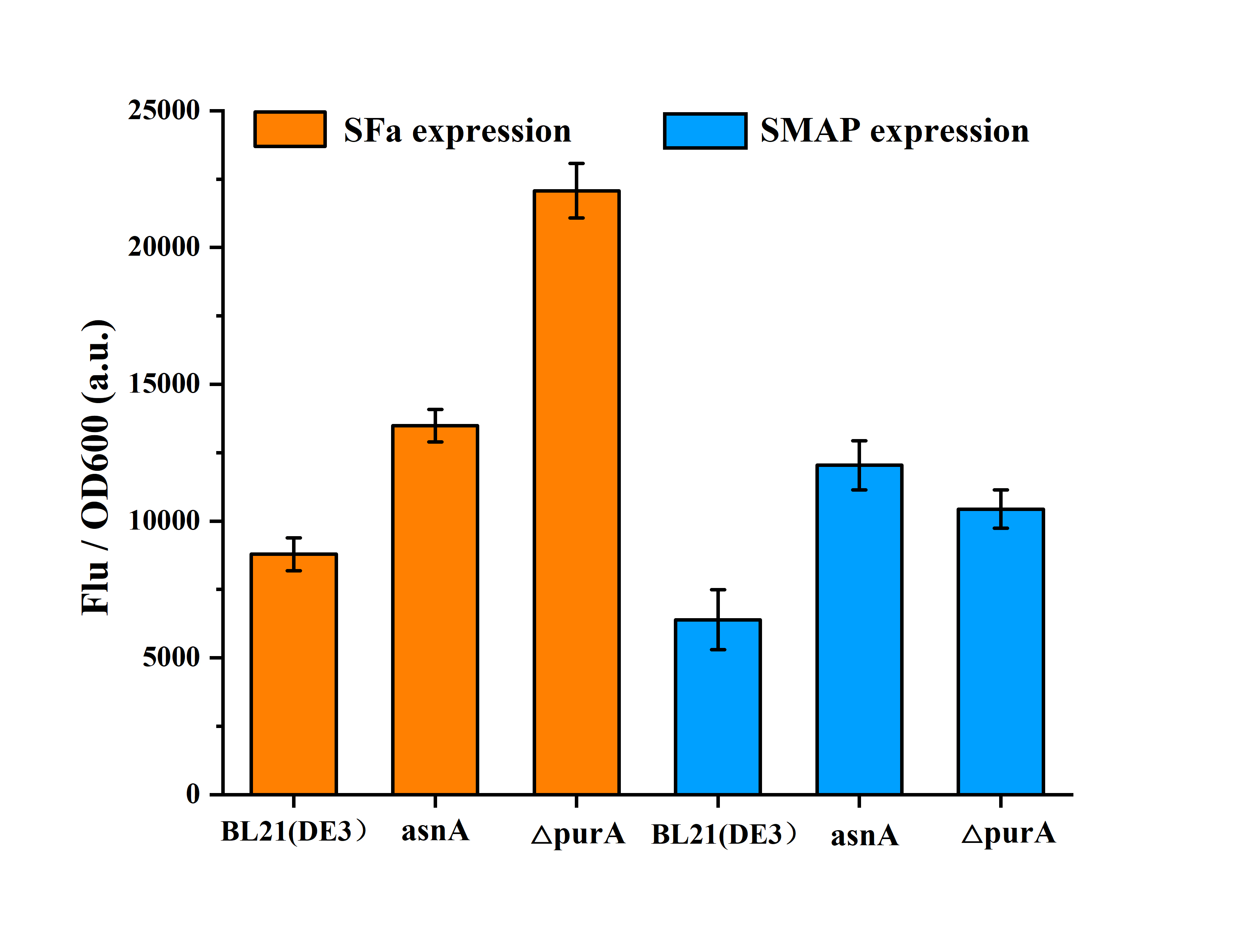 Fig. 11. The sFa and SMAP expression in the BL21 (DE3), asnA and △purA strain
References